Now I'm going to tell you what all my mathematics blog published while I was in New Jersey for most of a week. It was as little as I could get away with: I didn't bring my laptop in to work and wanted to focus on actual in-office work rather than puttering around with Internet stuff, so that just chopped out like nine hours of my waking day right there. It's surprising how much less time you have to screw around on Internet stuff when you take nine hours off the top like that.

Now I'm going to tell you What's Going On In Judge Parker? Is Sophie Parker running away from home? October 2019 - January 2020 plot in recap.

Now I'm going to spend a whole photo day on the Tower of Jewels at Lakeside Amusement Park. 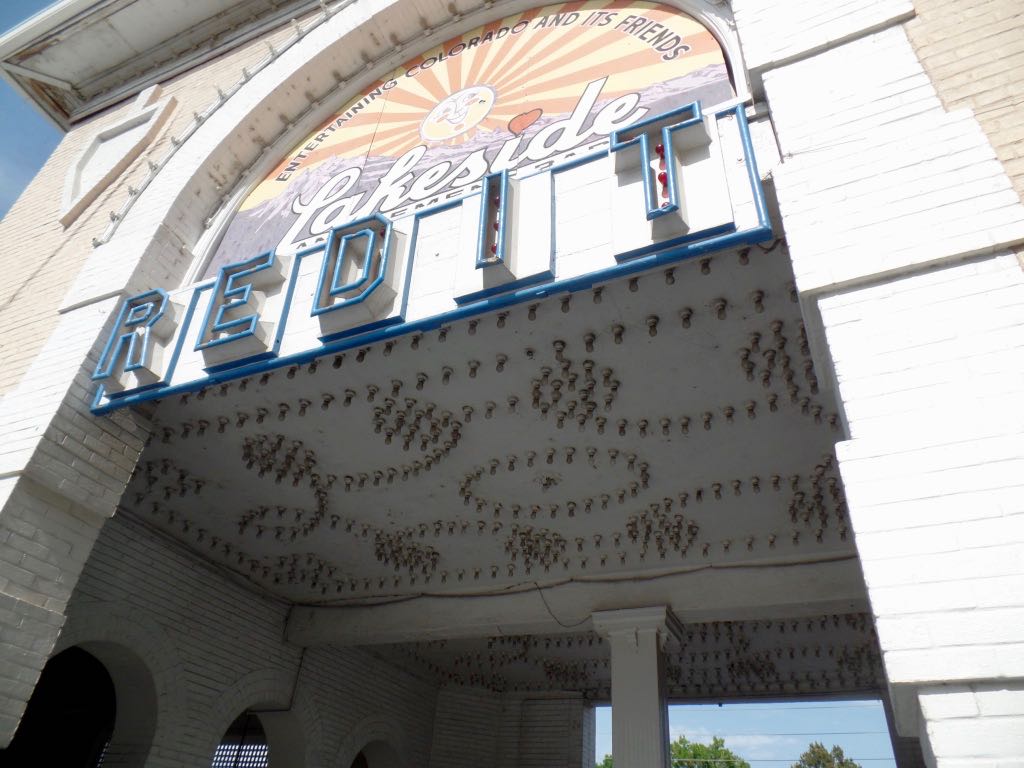 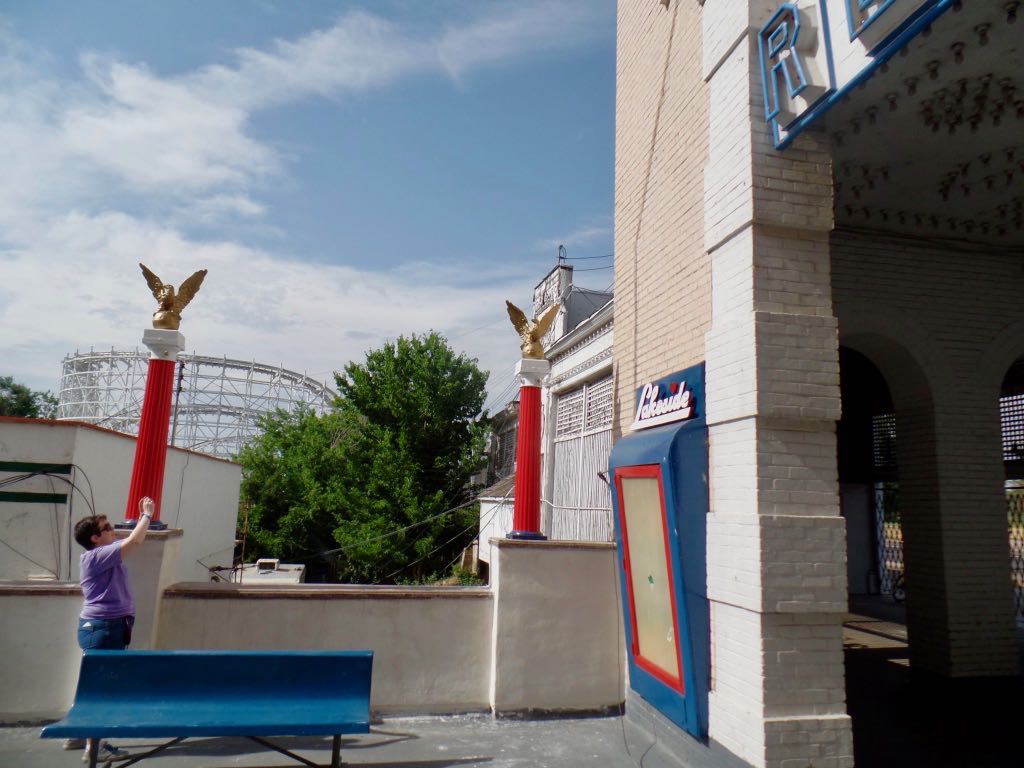 To the left of the Redit invitation are the columns, and far beyond that, the Cyclone. Notice the bunny taking her own picture of the magnificent sight. 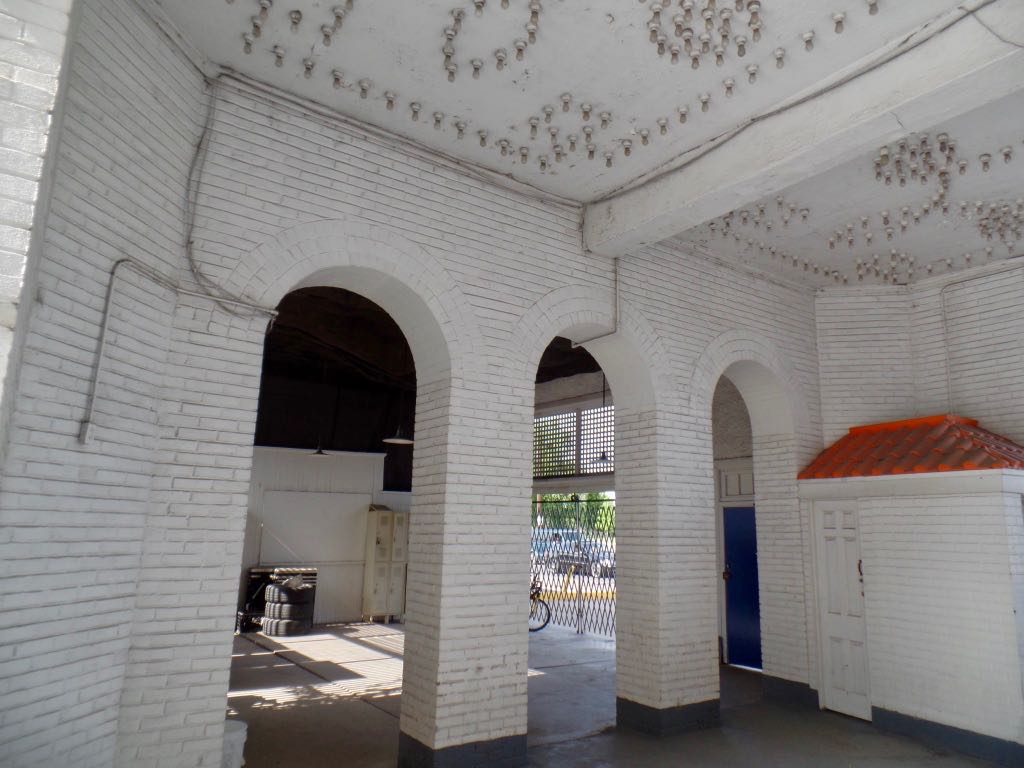 Ground-level space underneath the Tower of Jewels. The sidewalk entrance is gated off and apparently has been long enough for, like, a pile of tires to accumulate there. 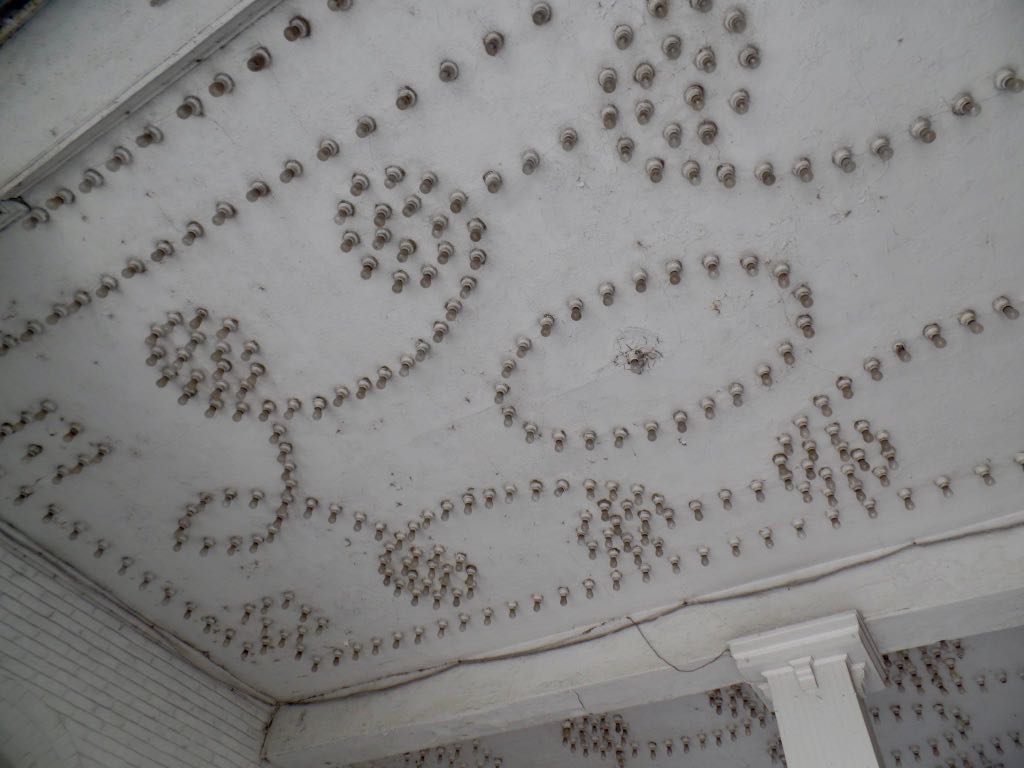 A look up at the patterns of light meant to be in the entrance's walkway. 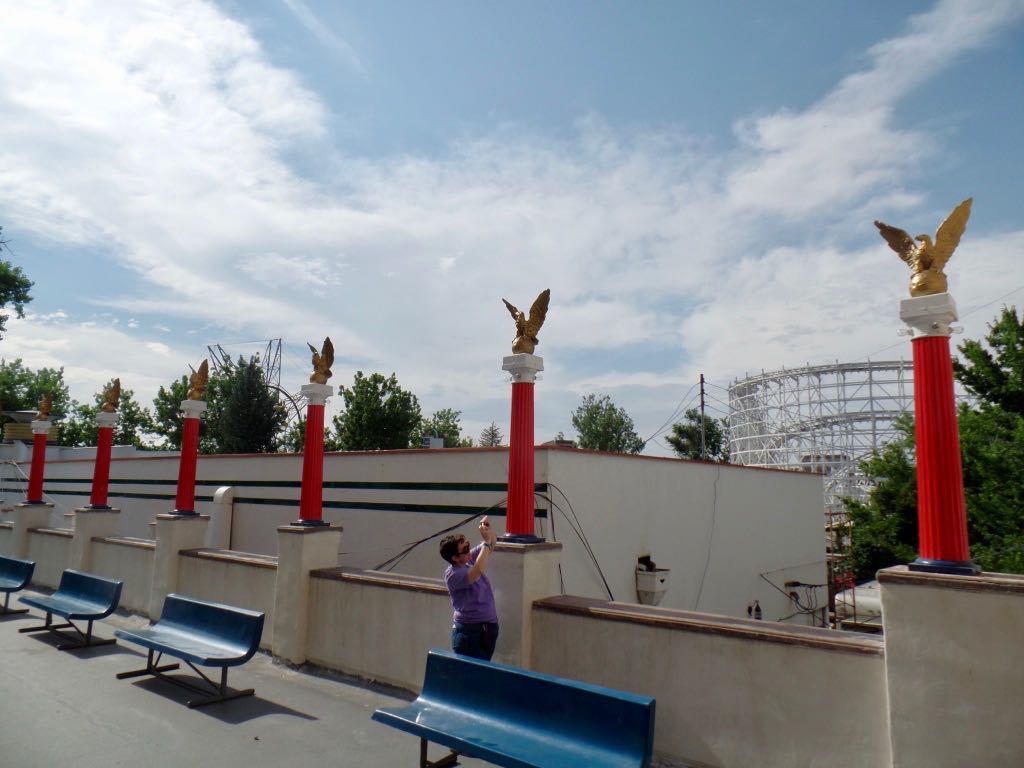 bunny_hugger photographing the Tower in a pose that doesn't look at all like she's come to worship it. 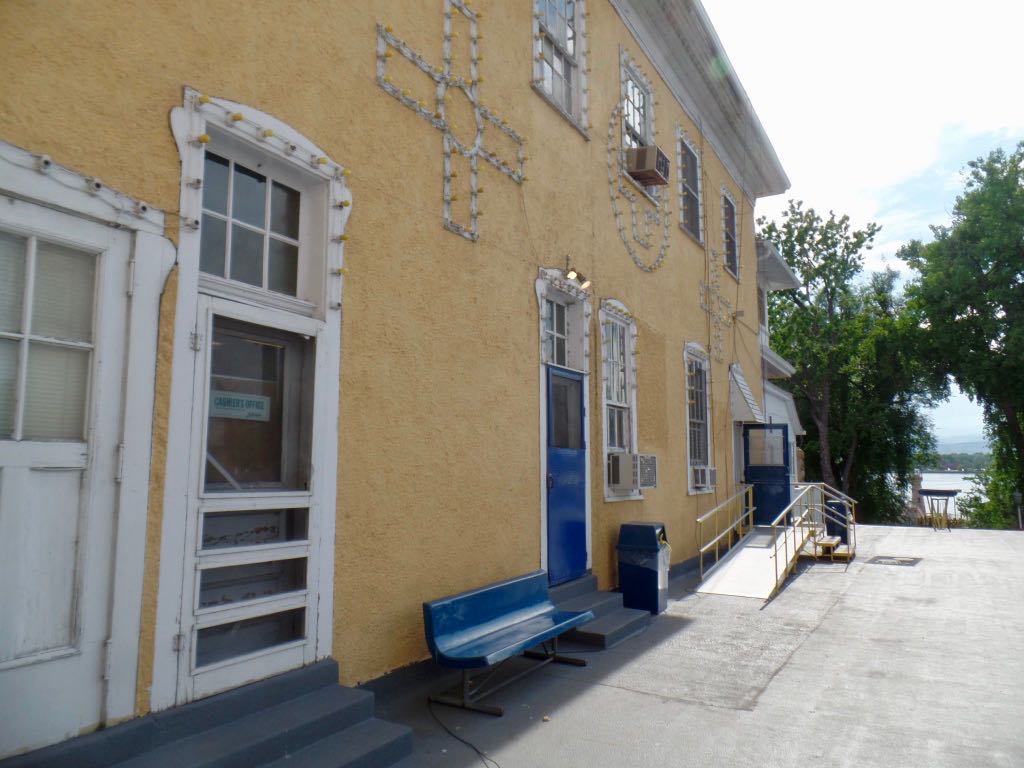 Looking back from the entrance into the park. And if you need to visit the Cashier's Office for some reason, there it is, first door on the left. 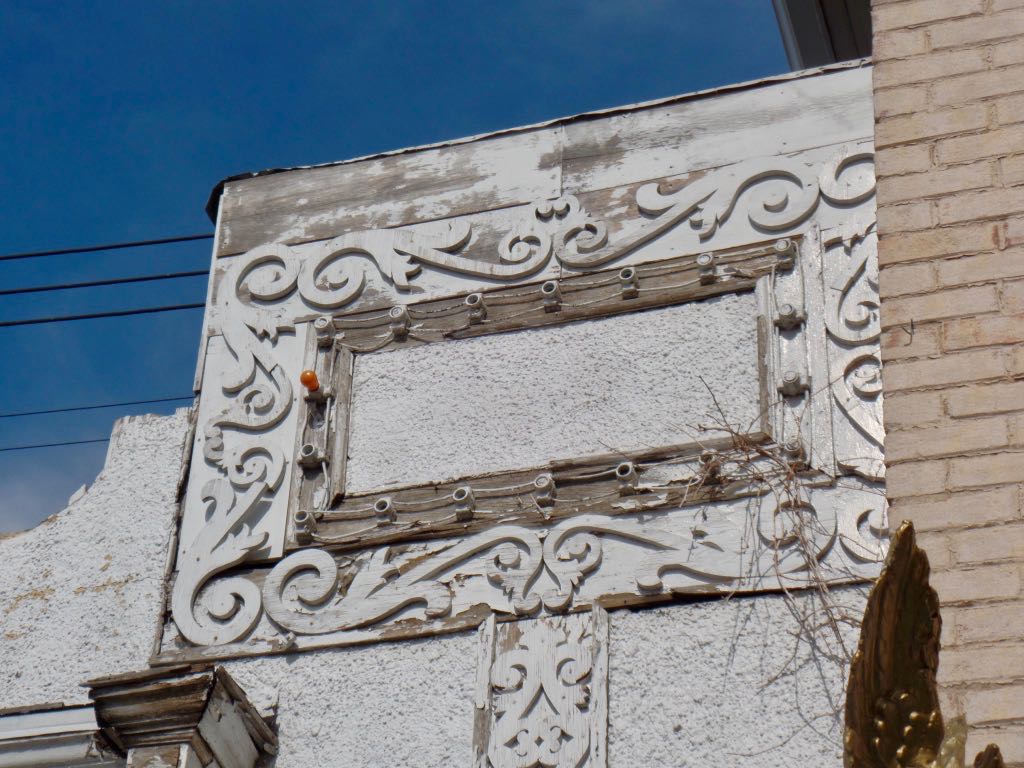 Ravages of time: there's only the one light remaining in these fixture, beside the Tower and at roughly the height of a second-storey roof. There's also obviously no way to know how many of these fixtures could work if they had bulbs. The park shows a lot of deferred maintenance, but much of that seems to be that the owner wants to keep the park from being too expensive for poor people or people with large families, and given the choice between ``has a rectangle of light bulbs'' or ``working-class parents with four kids can have a day at the amusement park'' they pick the latter and I admire them for it. 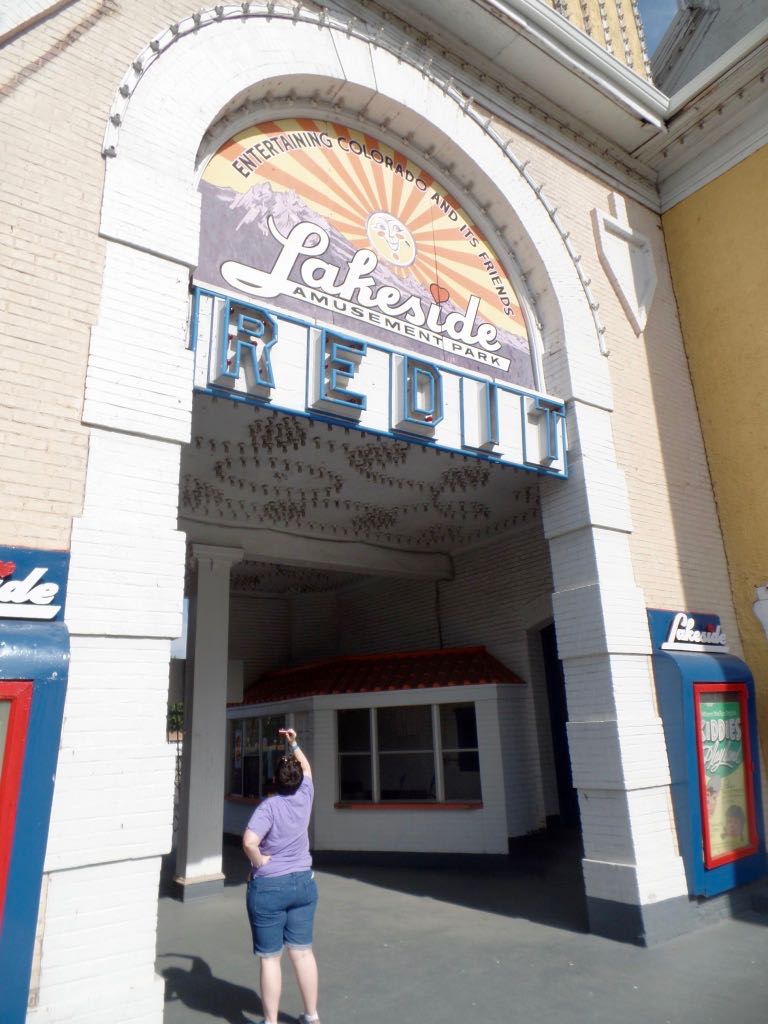 bunny_hugger reaches up to capture the Tower. I really like how this picture's come out. 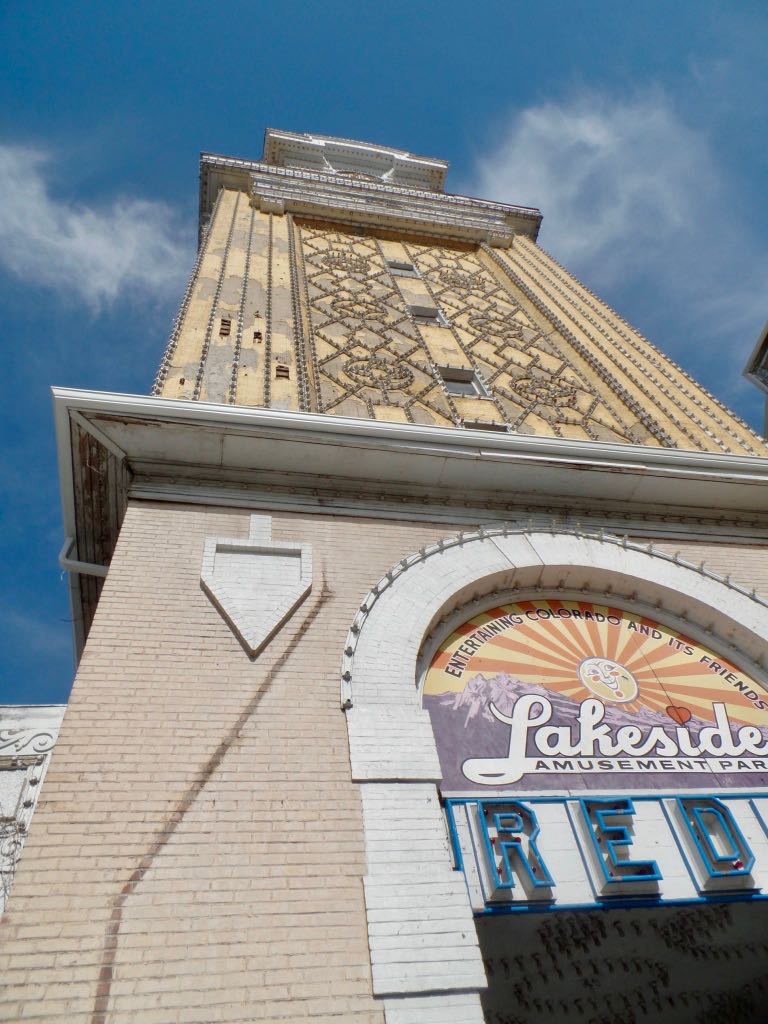 My version of the picture 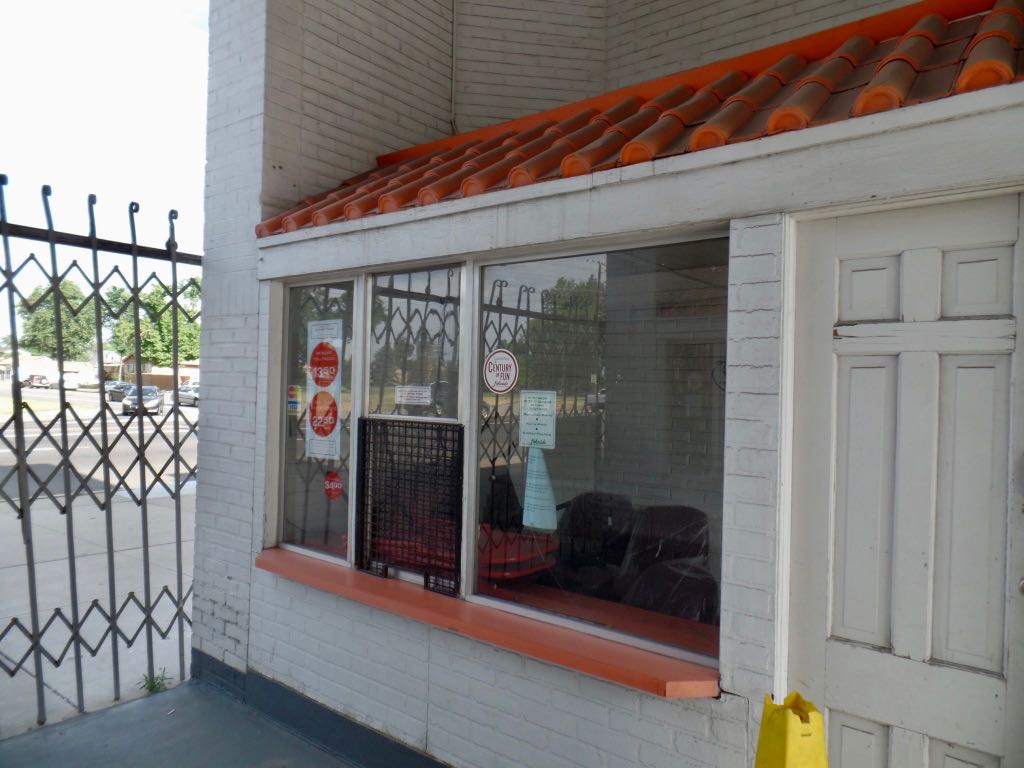 The shuttered front gate, and front gate ticket booth. A pay-one-price wristband is $13.50 weekdays and $22.50 weekends and holidays. There's a circular disc there too about Celebrating a Century of Fun, which was ten years out of date when we visited. A sign on the right says to buy ride coupons at the Merry-Go-Round, the Ferris Wheel, or the Kiddes Playland. 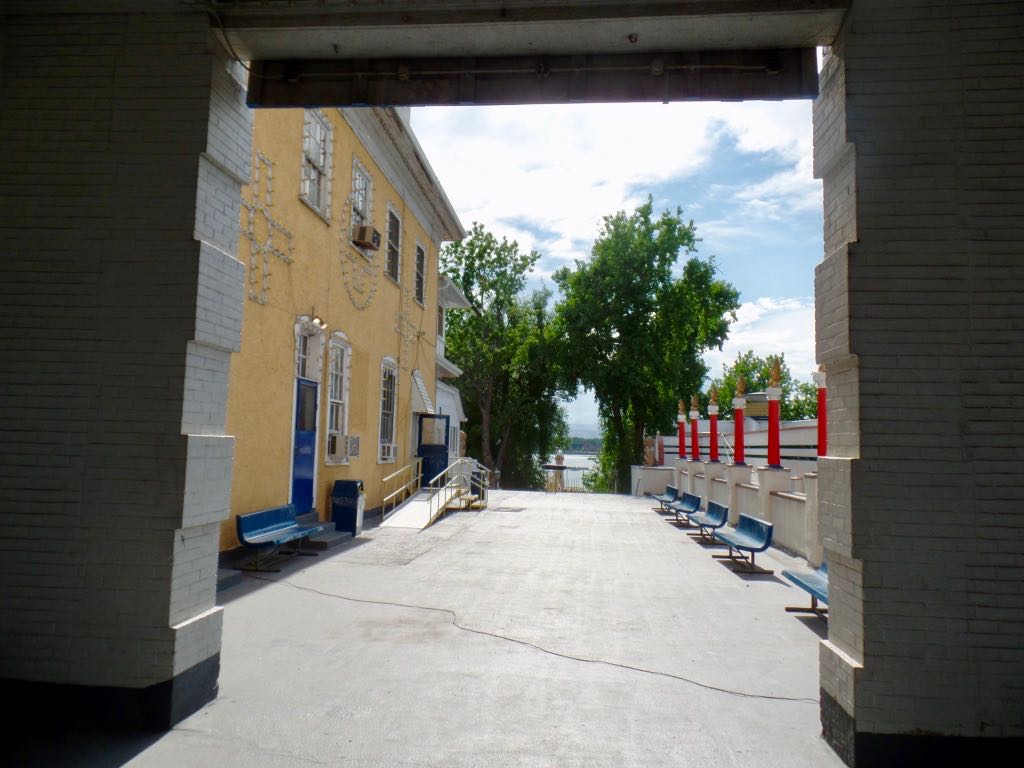 The view looking out the entrance, pats the offices and the columns, to the stairs leading to the center of the park. Lake Rhonda is in the far background. 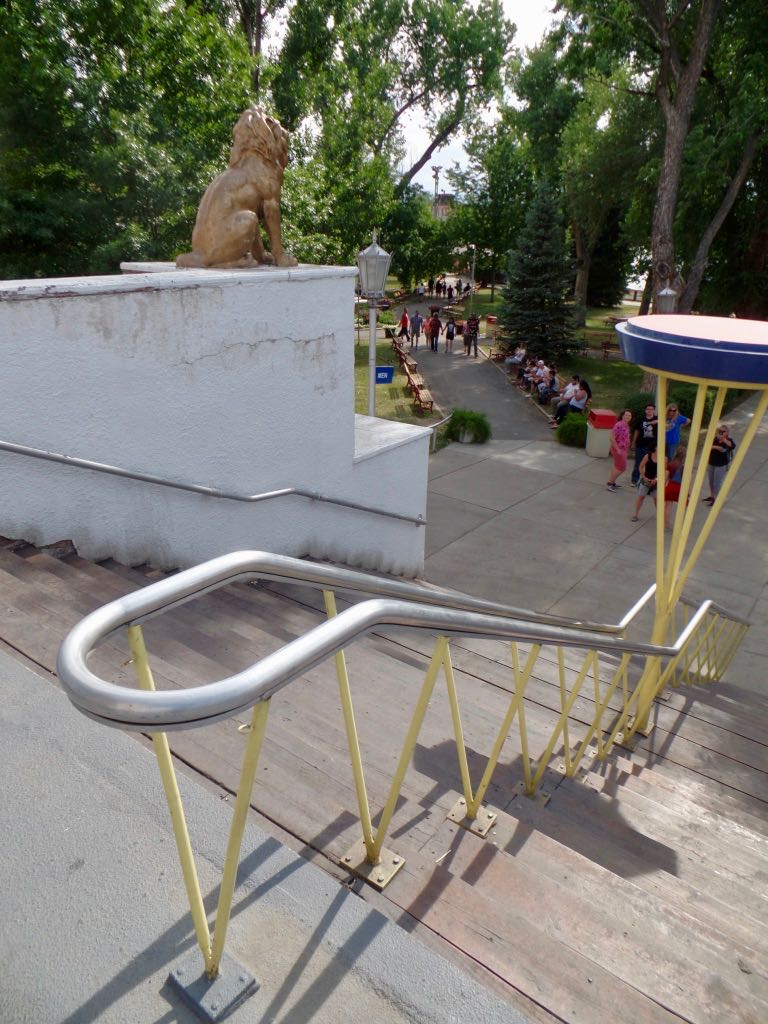 And the center of the stairs leading down to the main level of the park.

Trivia: By the Succession Act of 1 March 1792 the resignation of the President or Vice-President is turned over to the Secretary of State. Source: From Failing Hands: The Story of Presidential Succession, John D Feerick.