Put on your jelly bracelets and your cool graffiti coat

I had my next big piece all planned out. The Chinese Lunar New Year celebrations at the mall were scheduled for Sunday and talking about the parade and talent show and crafts and whatnot would be a good one, maybe two days of blogging material. Then we got to the mall and discovered nothing there but the stage. The event had been postponed, with no explanation besides the urging to check the mall's web site for details. I see no details on the mall's web site, but

bunny_hugger, maybe checking their Facebook, found that things had been cancelled two days ago, as multiple performers cancelled, apparently from fears of the coronavirus going around. (There have been a few cases in southeast Michigan; we're mid-Michigan, but it's not like that's quarantined.)

We'd have gone right home except that

bunny_hugger had made a haircut appointment for after the New Year events should have been. They were able to move her appointment up a couple hours, but that still left us about two hours to just ... you know ... hang out. We could do some. Fun-Stop X-TREME!!! had cleaned a little of their badly broken Star Trek pinball game, removing the broken plastics that made some shots inaccessible. And they fixed the problem of a drop target furiously popping up and down when it shouldn't by taking out the drop target. Not fixing the switch that makes the motor incorrectly pop up and down frantically, just ... removing the small slab of plastic. The game, if anything, somehow works worse than it used to. In the kids fun center, the one with, like, inflatable castles and a staff that's present, we played a couple games of Jack-Bot and while we didn't have great games, we did all right, until we ran out of quarters and their change machine didn't work. (And now I realize Fun-Stop X-TREME!!! had a change machine we could've used too, or we could've asked the cashier for quarters.)

We hung around a couple other places too. Looking over cheap jewelry at Claire's, or sniffing around what's listed as the only pure toy shop in the area. It's one of those places with the educational toys and workshops and 3D printers and all that, which is all right but not, like, toy toys. Also the somehow not-quite-yet-shuttered seasonal calendar shop. And then got back to the bookstore where I finally used the get-one-DVD-free coupon that I'd won in the holiday party drawings, back around Thanksgiving. The DVD section is ... not ... robust, but I did find something that I don't figure to watch myself, but know someone I can give this to. It may be a little chintzy to give someone a free gift, but it's passing a nice thing on.

This was the first time in years that we --- that I, anyway --- have just gone and hung out at the mall, for hours, with no particular purpose or objectives. We hadn't chosen it, but it was nice to have.

Trivia: After the incorporation of Austria and the Sudentenland, Germany depended on imports for about 20% of its foods; before the annexations it had needed to import about 13%. Source: A Low Dishonest Decade: The Great Powers, Eastern Europe, and the Economic Origins of World War II, 1930 - 1941, Paul N Hehn.

Currently Reading: The Crowd and the Cosmos: Adventures in the Zooniverse, Chris Lintott.

PS: Let's chug along the outside of the lake that Lakeside is ... aside. 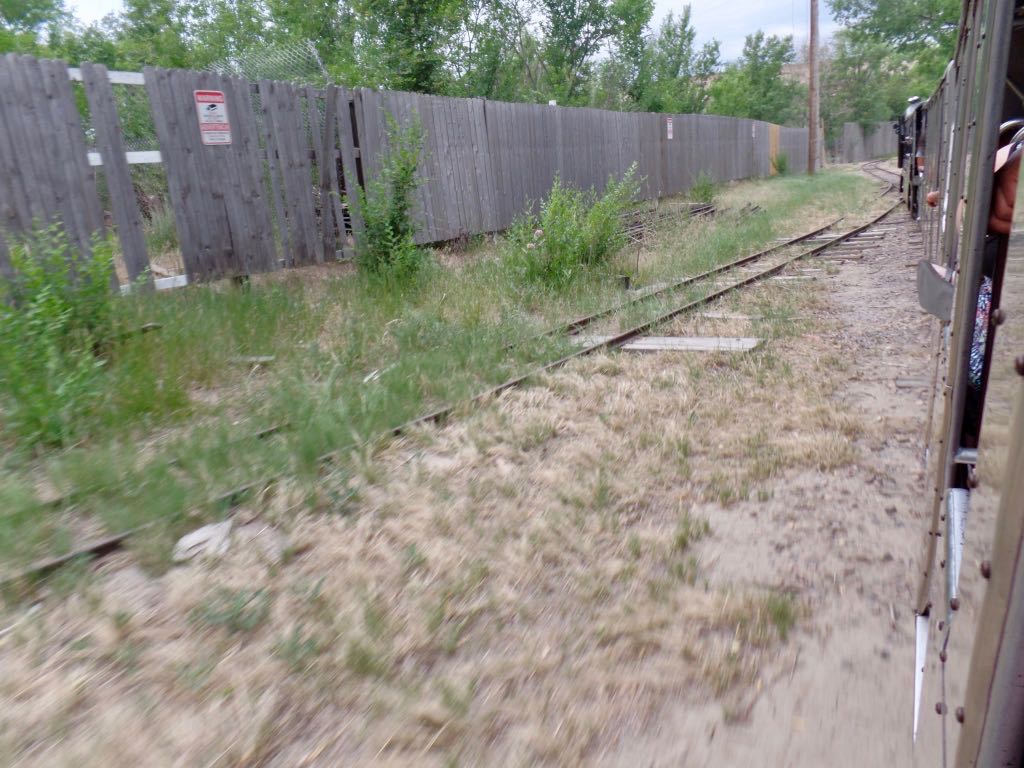 Stretch of side track of the railroad. I assume it was at one time used for trains needing maintenance or such, but the weeds say something about its present state. 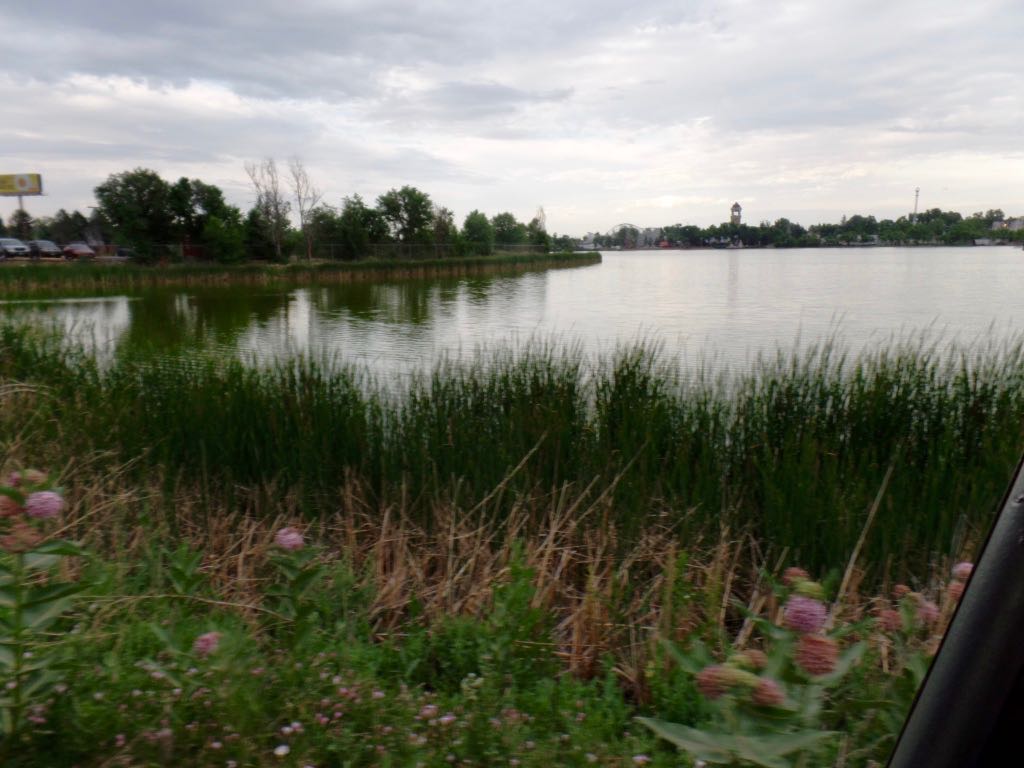 Looking out from the far side of Lake Rhonda, back at the amusement park. 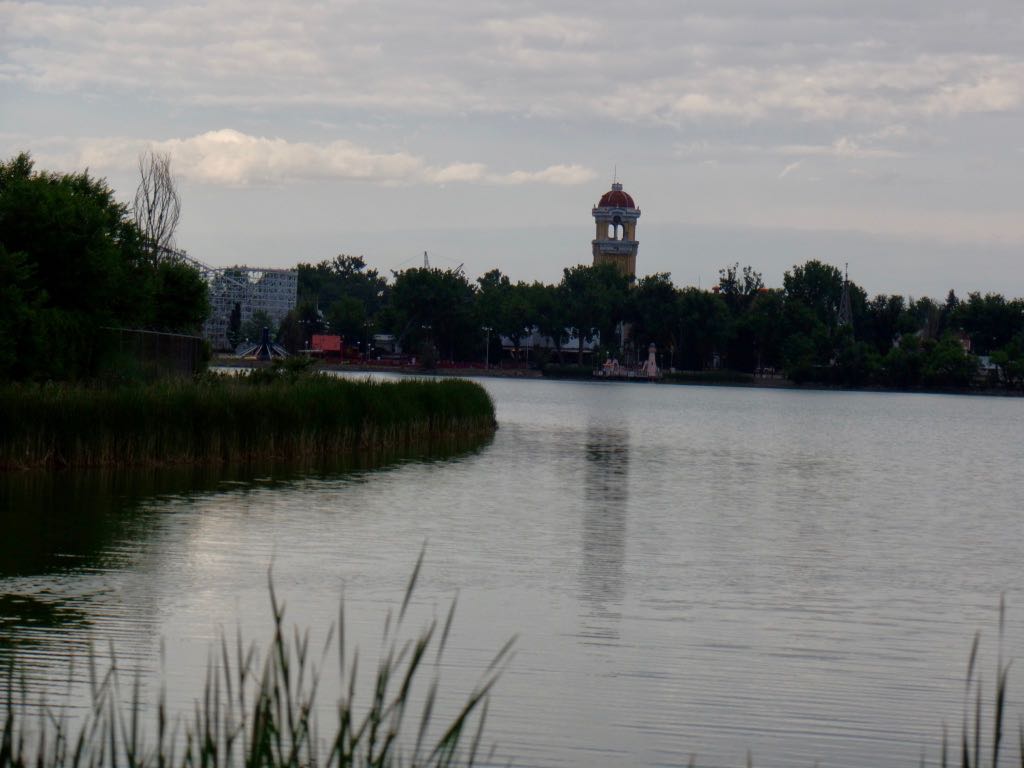 Optical zoom! Here's a look from the far side of the lake at the Tower of Jewels and, to the left, the Cyclone roller coaster.