Still we saw the magic

As is now traditional, let me list the essays that ran on my humor blog this past week: 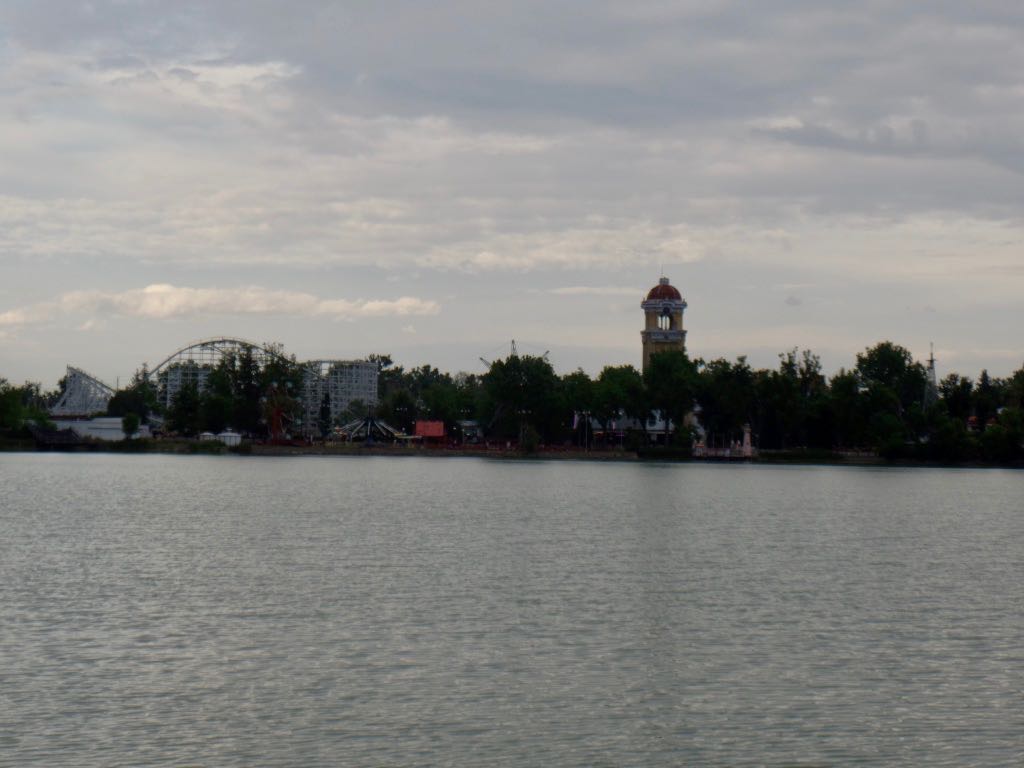 A look across Lake Rhoda showing the Cyclone, and --- you can just make out the peaks --- the Staride and the Tower of Jewels. We failed to take this ride after dark, unfortunately, but in the setting sun you can start to see why these would have defined the skyline for the park and maybe more of why Lakeside hasn't taken down the corpse of Staride. 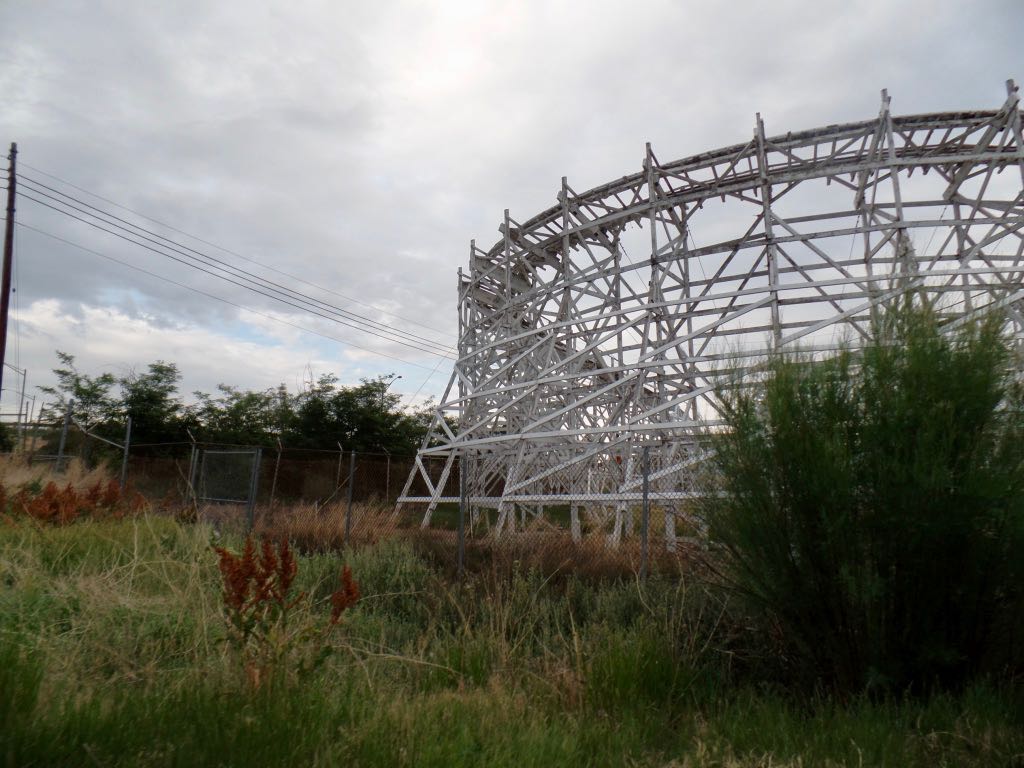 View from the train of the turnaround for Cyclone. 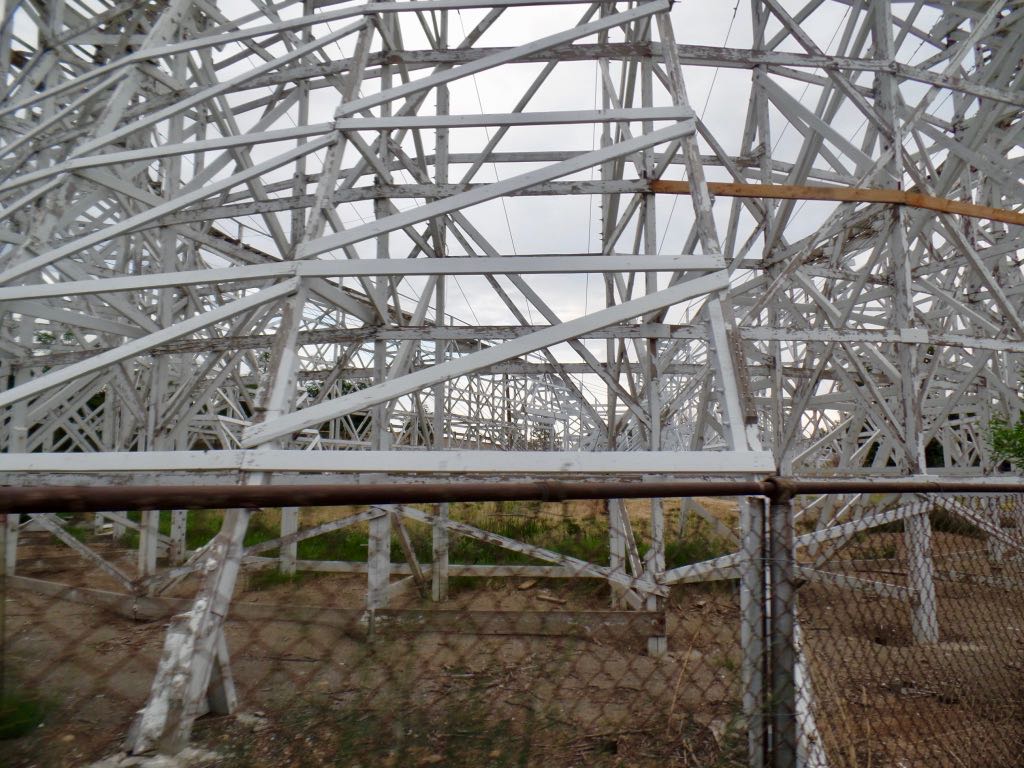 And peering down the far end of the tracks of Cyclone, as seen from the train ride. 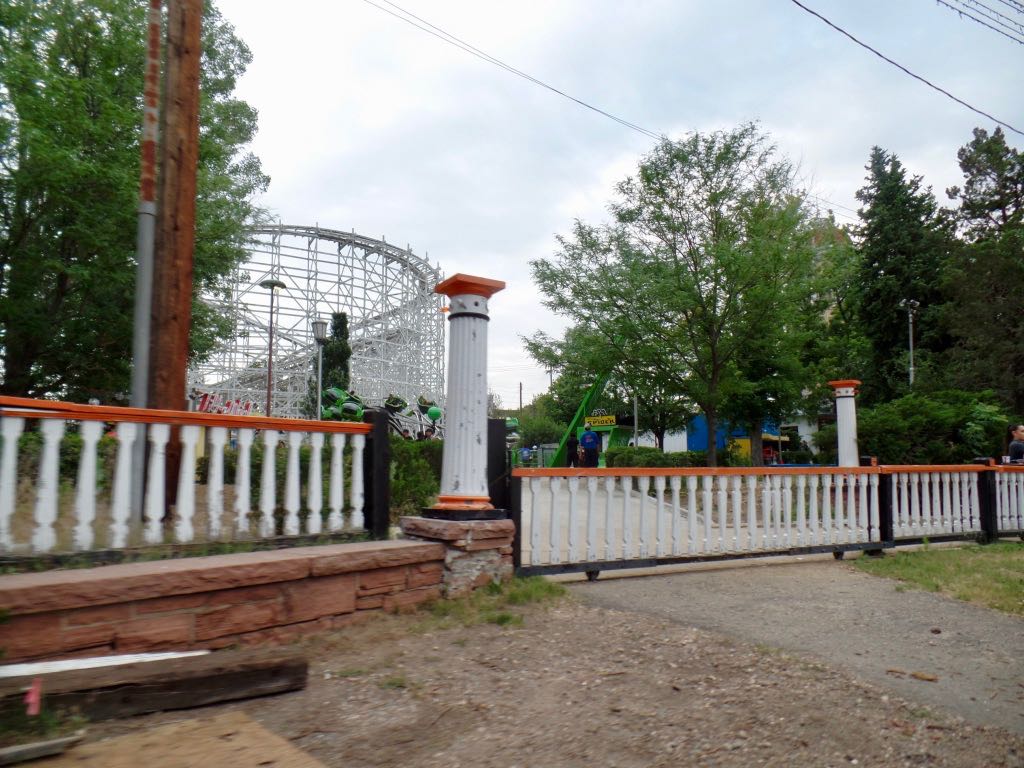 Rolling gate closing off an access road that the train runs over. Also, columns that really look like they're supposed to hold up something but are now free-standing lights. 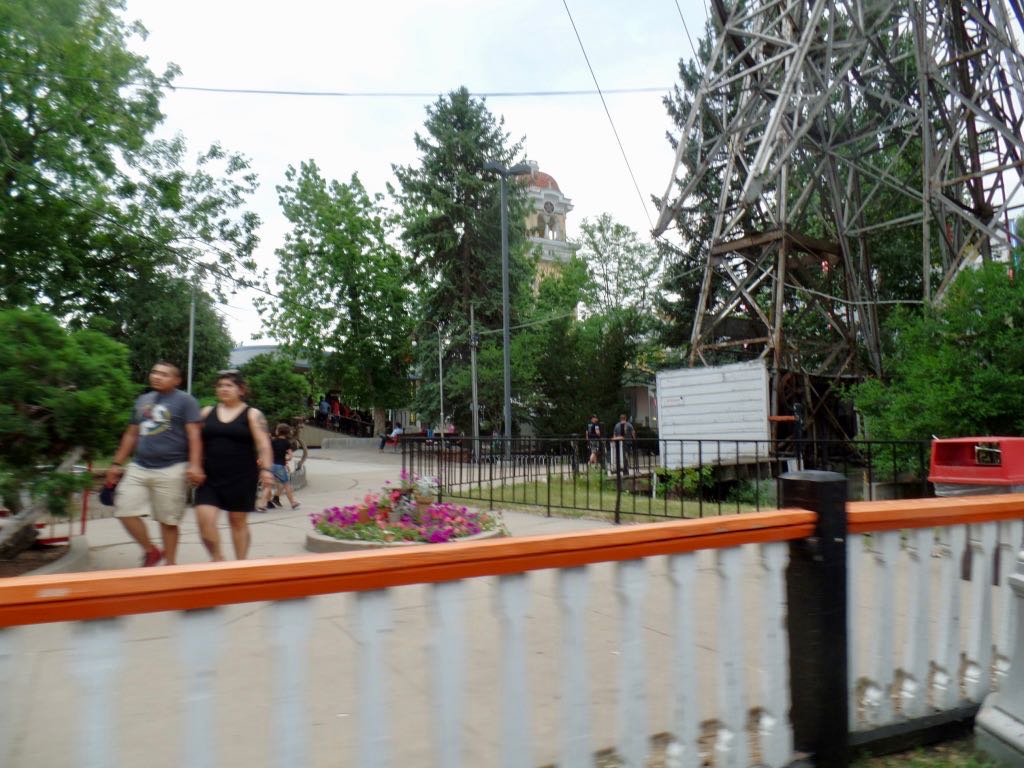 Coming back up on Staride as seen from the railroad. 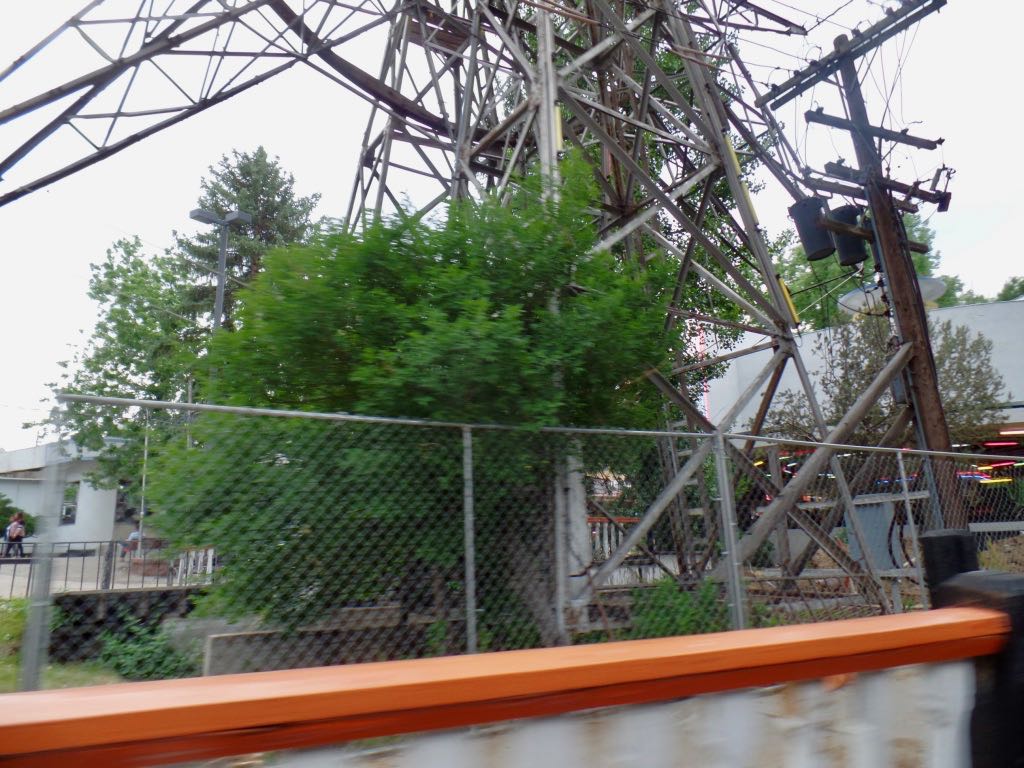 The train rolls past the base of Staride, from the otherwise inaccessible side. 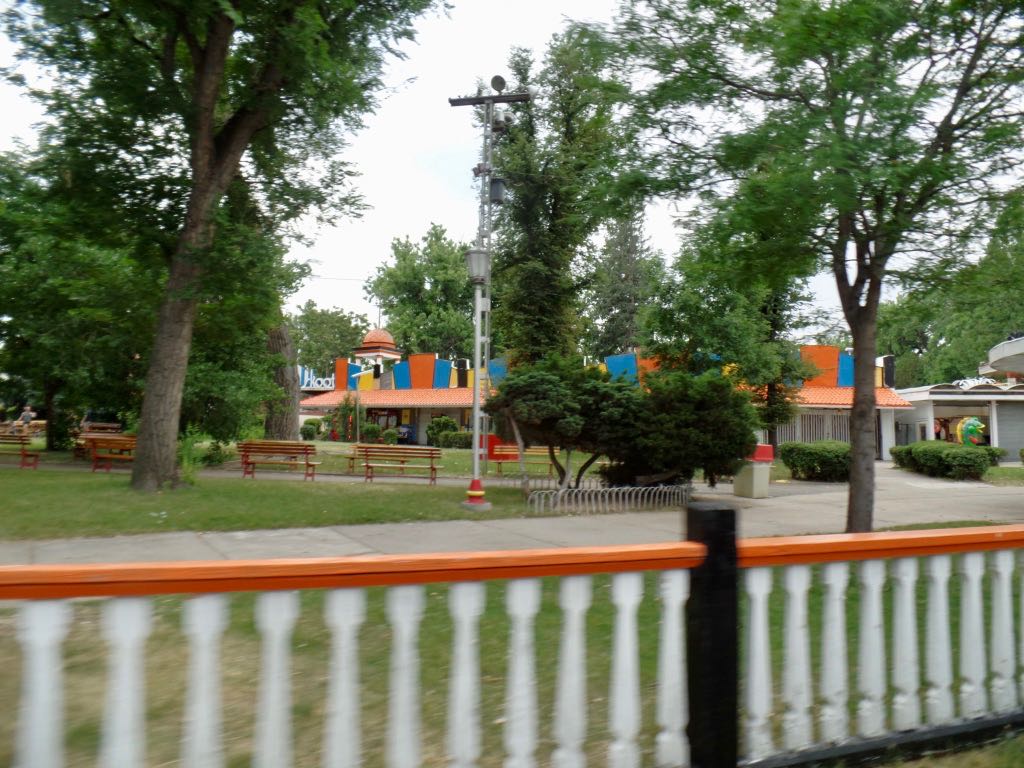 The train going past those midway games from the first walk into the park, before we got our tickets. 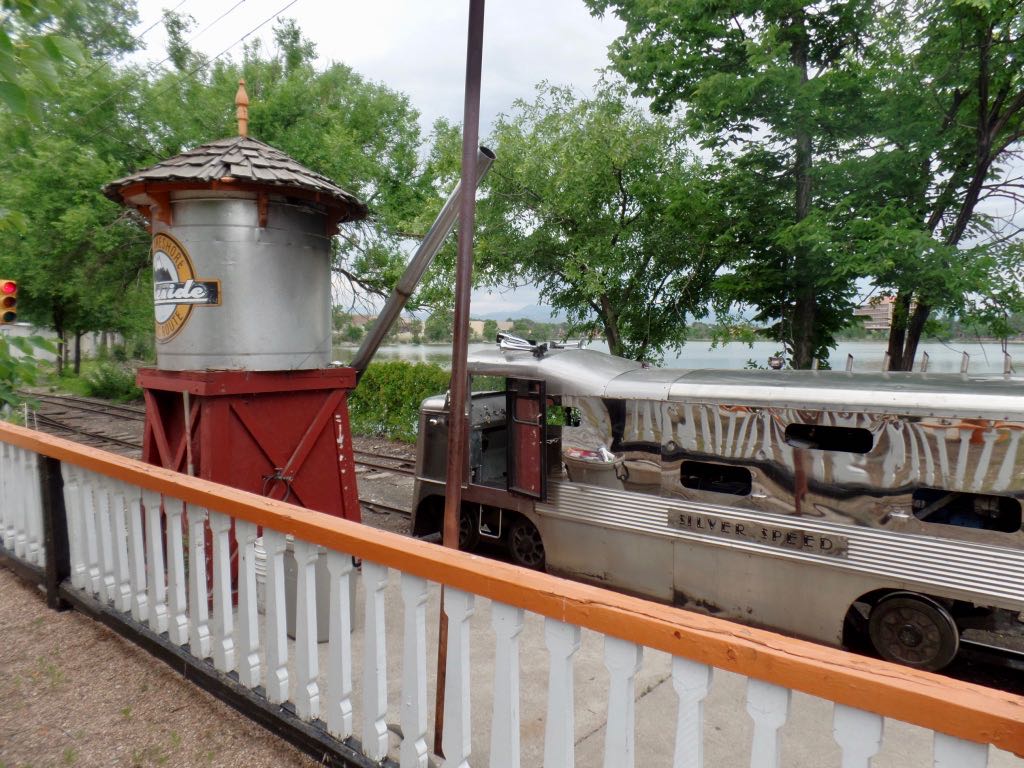 And getting off the train! Here's a view of the engine, the Silver Speed, with its Century Of Progress lines and wonderful shiny side panels. 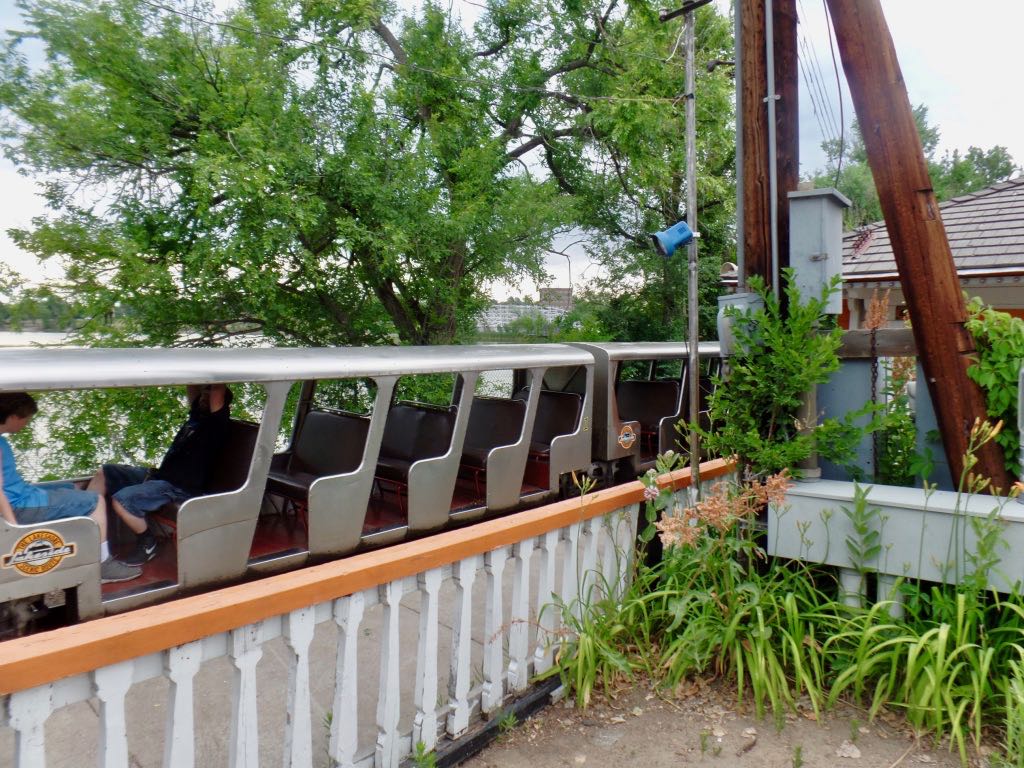 A look back at the train cars, so you can see what we were riding in. Still very Century Of Progress in its design, despite the simplicity of the elements. 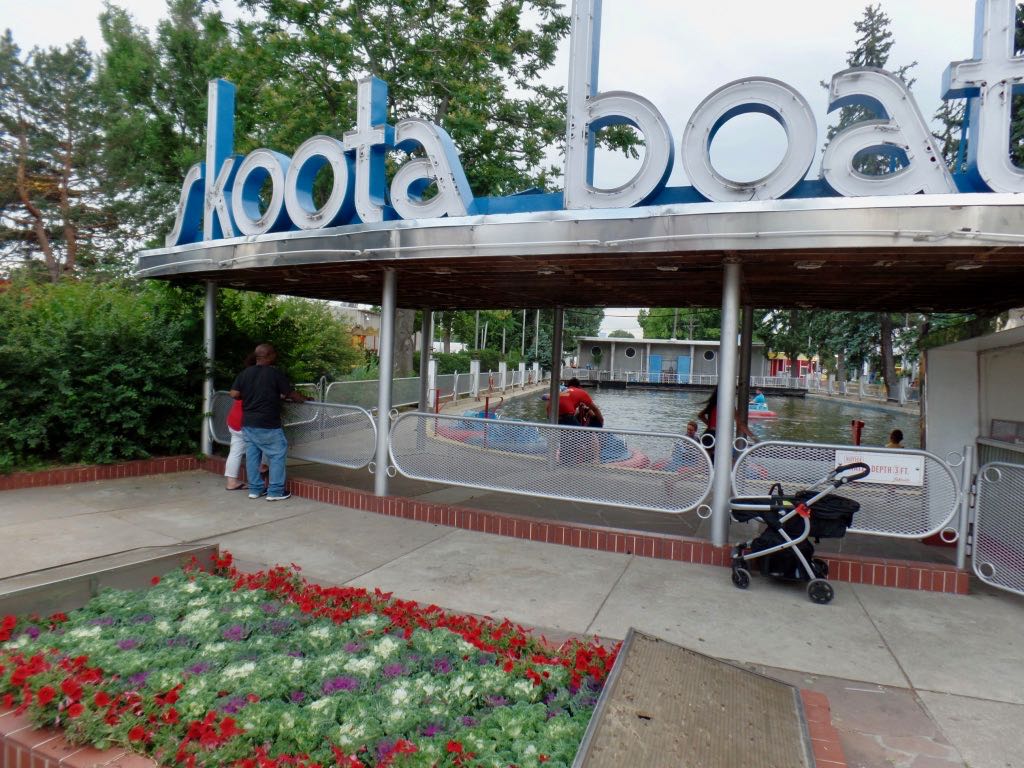 The Skoota Boats bumper-boat ride, made from the remains of a Shoot-the-Chutes. 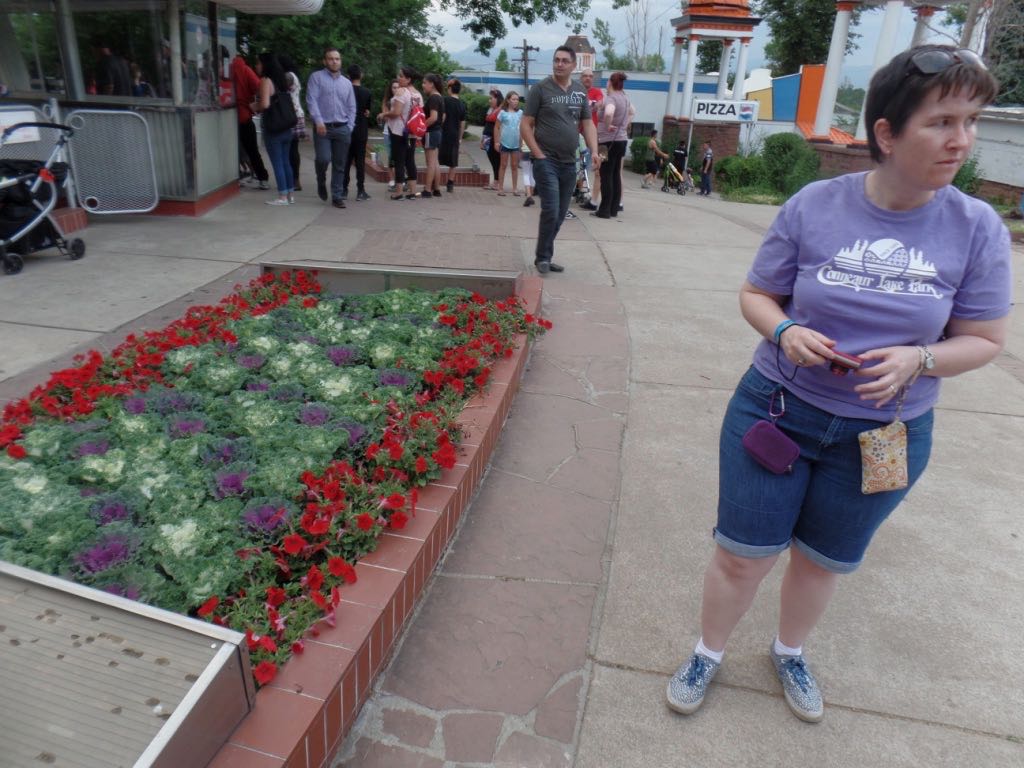 bunny_hugger looking around to see if she can get some snaps of the flower bed. 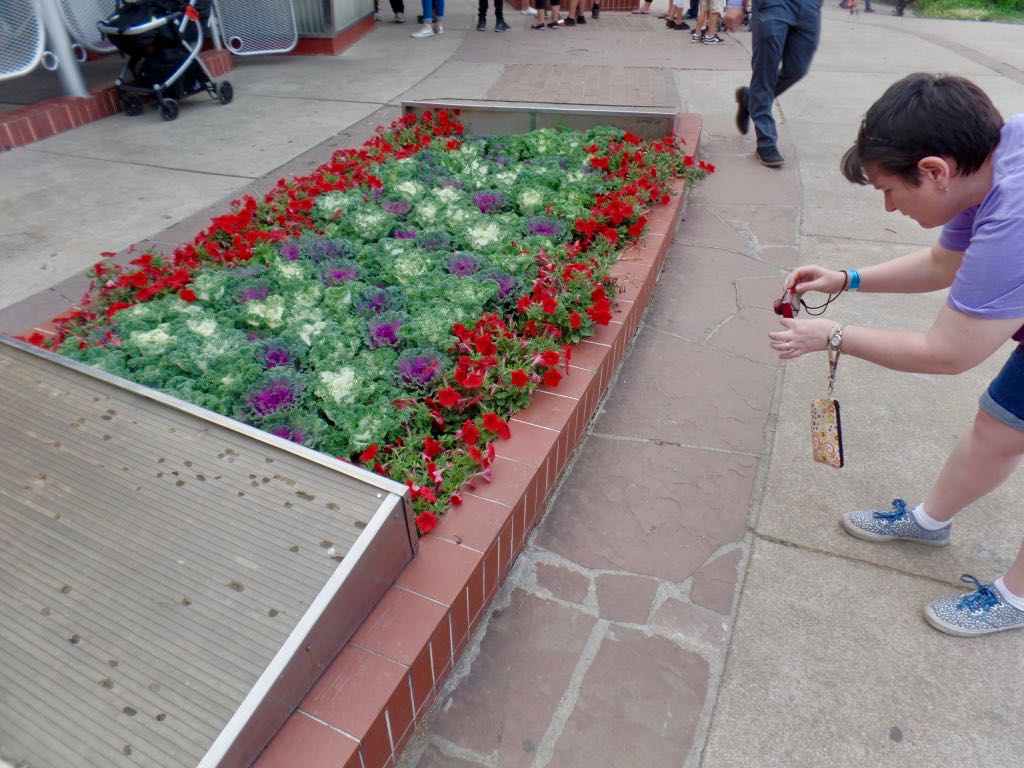 Trivia: In 1935 the Citizens' Budget Committee alleged that Charles Norris's coroner's office had pocketed up to $400,000 from citizens for routine paperwork over his twenty years heading the department. Investigation found that the actual amount taken for providing documents was closer to $4,000, split among the typing pool. Source: The Poisoner's Handbook: Murder and the Birth of Forensic Medicine in Jazz Age New York, Deborah Blum.

Currently Reading: Disney's Land: Walt Disney and the Invention of the Amusement Park that Changed The World, Richard Snow.