Was fading every year

Well, I'm caught up on events and Coati Day at the Cohanzick Zoo isn't until tomorrow. So I'll just have to give you a bunch of pictures from Lakeside Amusement Park, while I think up things to write. Enjoy, though; it's a beautiful place. 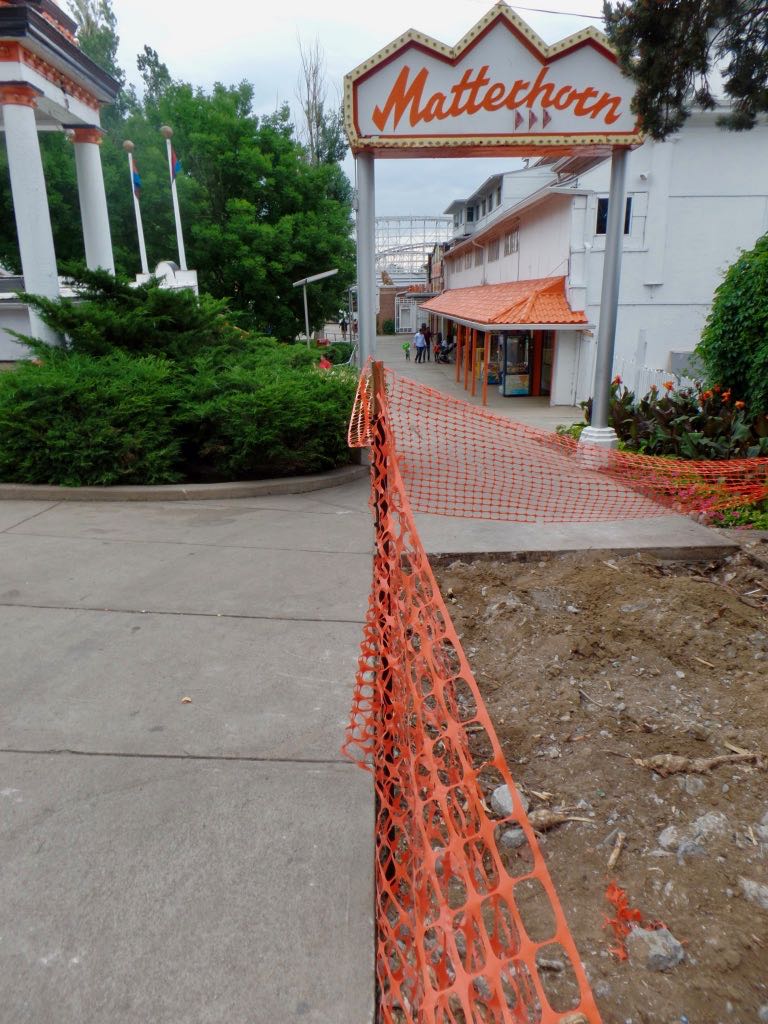 Sidewalk under repair, for a time impossible for us to determine, along a spot that's not actually close to the Matterhorn but is along the way to it. This is near the Skoota Boats. 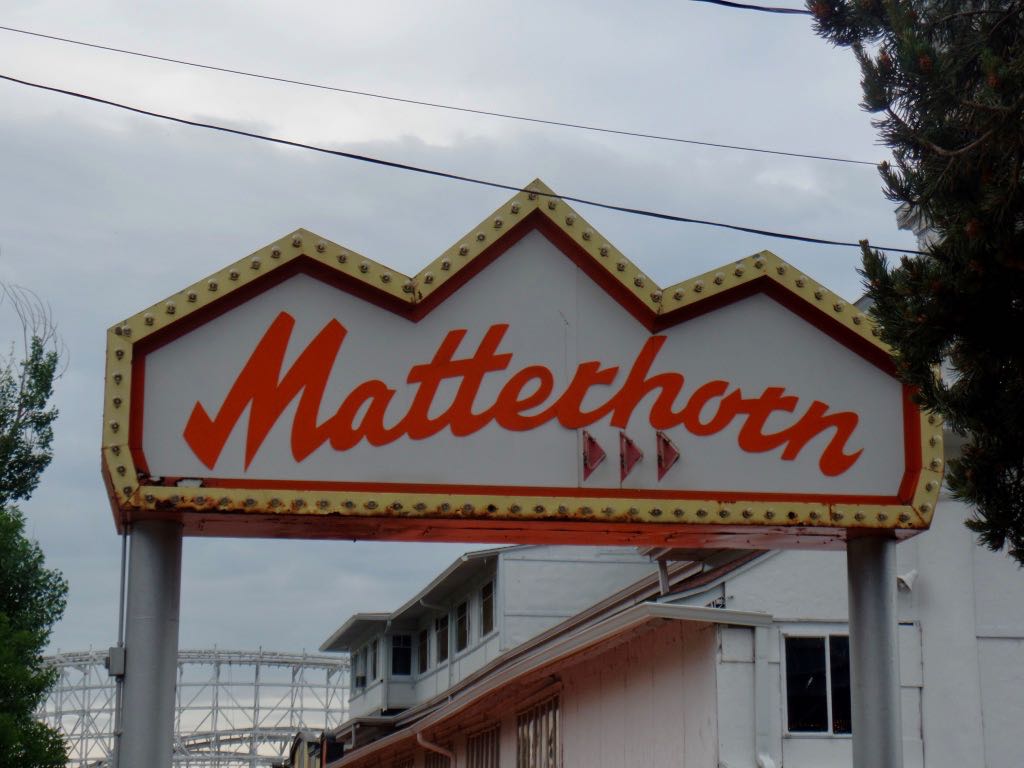 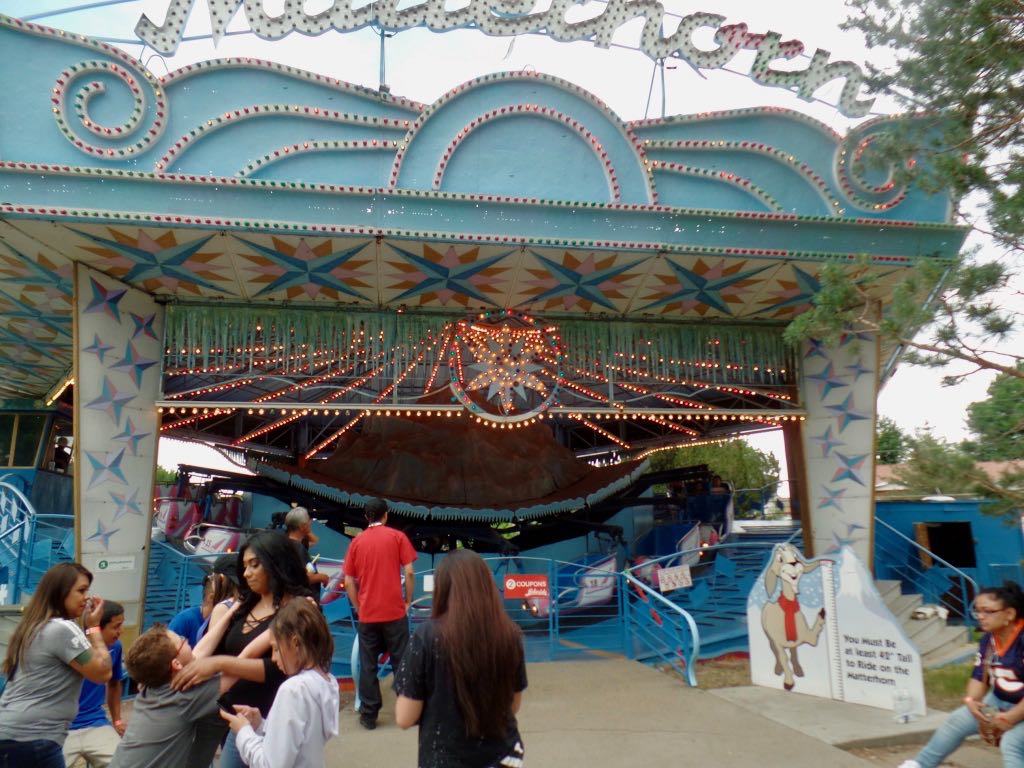 The Matterhorn is a Thunderbolt type ride, free-swinging cars on an undulating track with loud music going on. 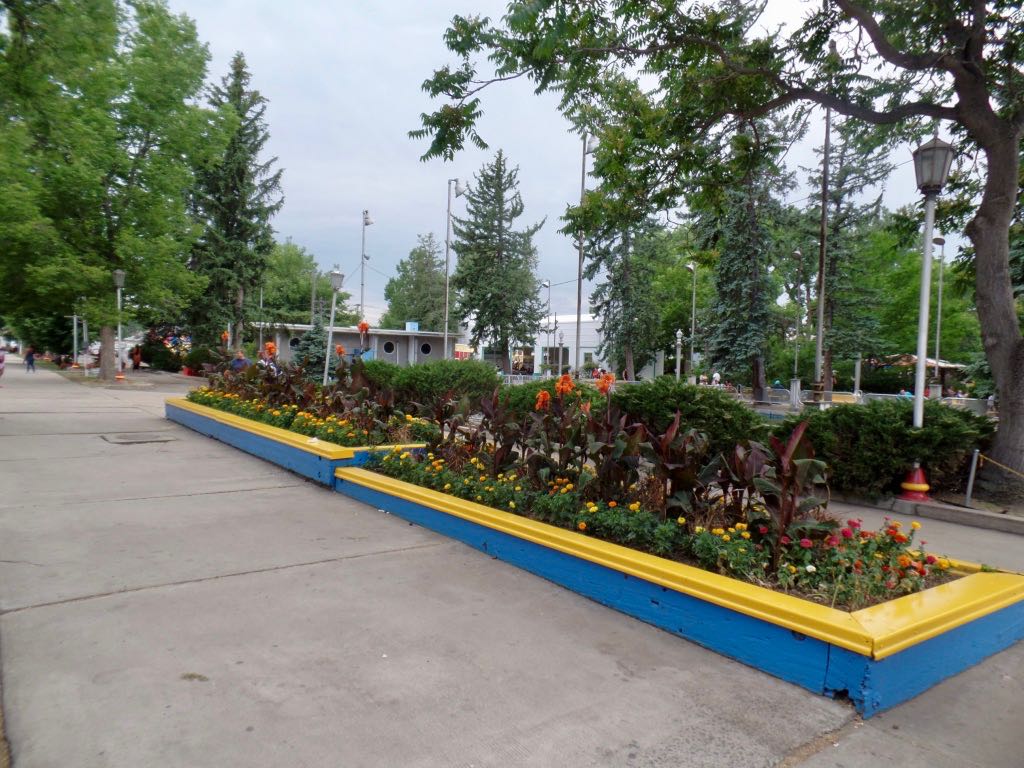 Another look at flower beds, these on the sloping ground between the Matterhorn and the Skoota Boats.

Looking back at the Skoota Boats, and the canal for loading and unloading passengers. 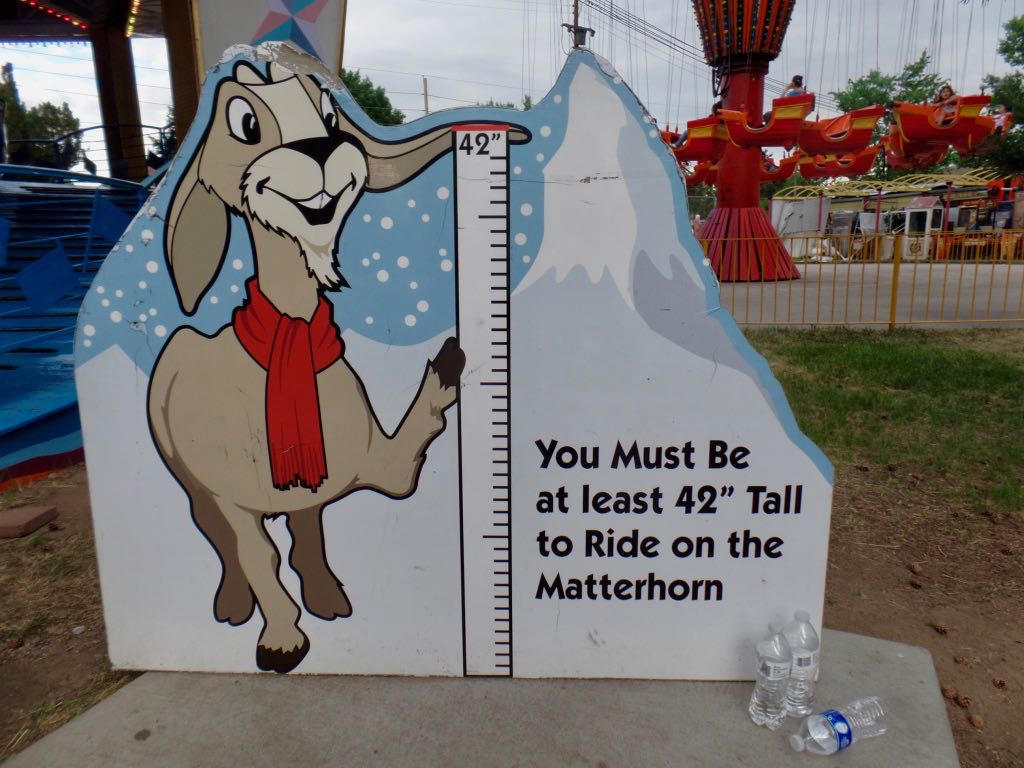 The ride-height sign for Matternhorn has you line up against a goat! 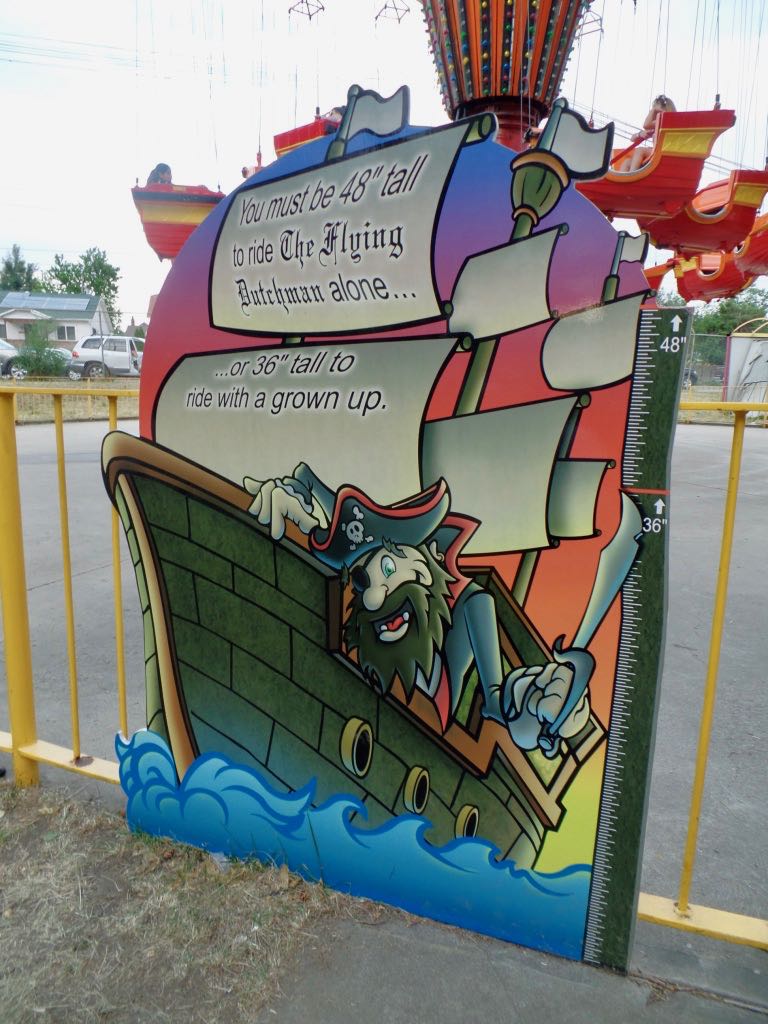 What looks like one of the newer rides has this height sign that looked more computer-generated than other sign art. I think it's the color gradient in the background. Lakeside flag flying on the mast of the Flying Dutchman ride. 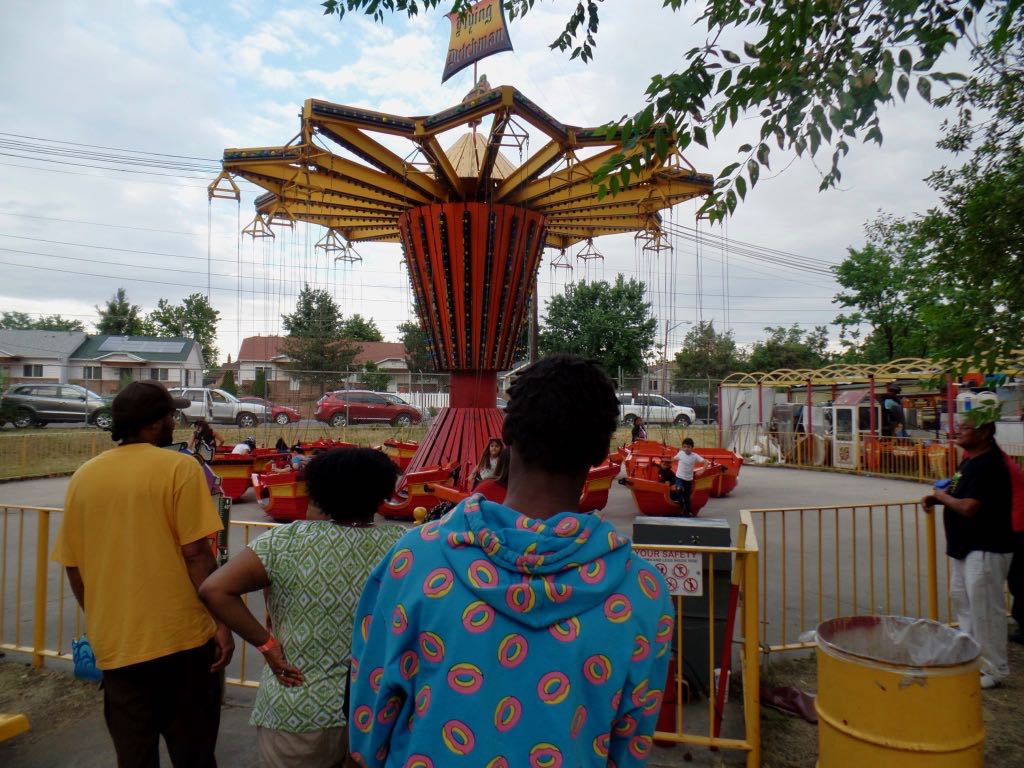 The Flying Dutchman ride is a captive swing ride, although in something I haven't seen before the ride lowers to where all the cars rest on the ground, just where they are. 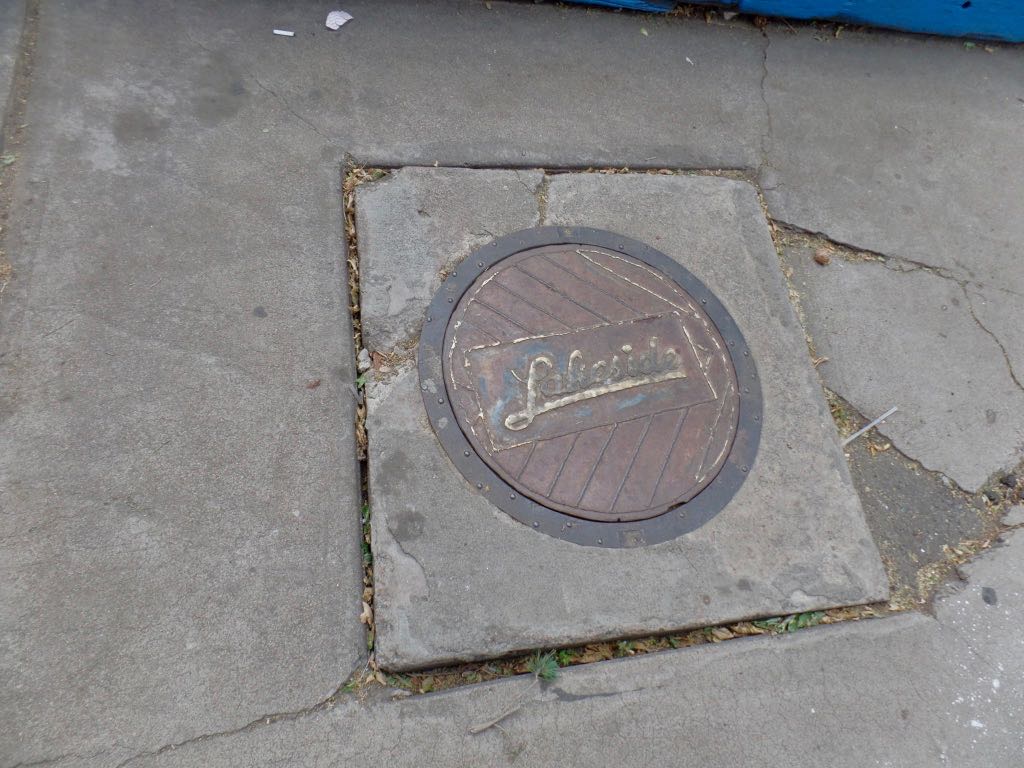 Bespoke manhole cover for the park. Fun fact: Lakeside Amusement Park is in the town of Lakeside, incorporated in 1907 so as to provide a secure legal spot for the amusement park that wouldn't have to deal with Denver's liquor laws. The total town population, in the 2010 census, was eight. Most of the town's land is the amusement park and shopping districts. 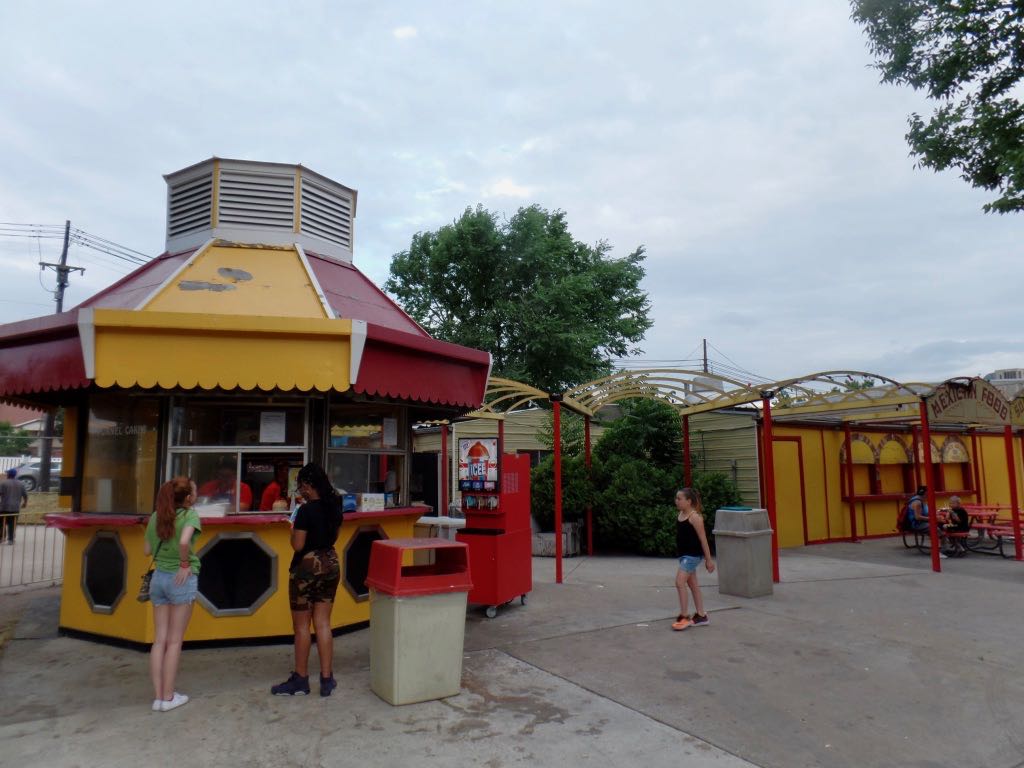 Icee stand that reminds me of The Lucky at Kennywood; in the distance, a Mexican Food stand that I don't think we saw open. 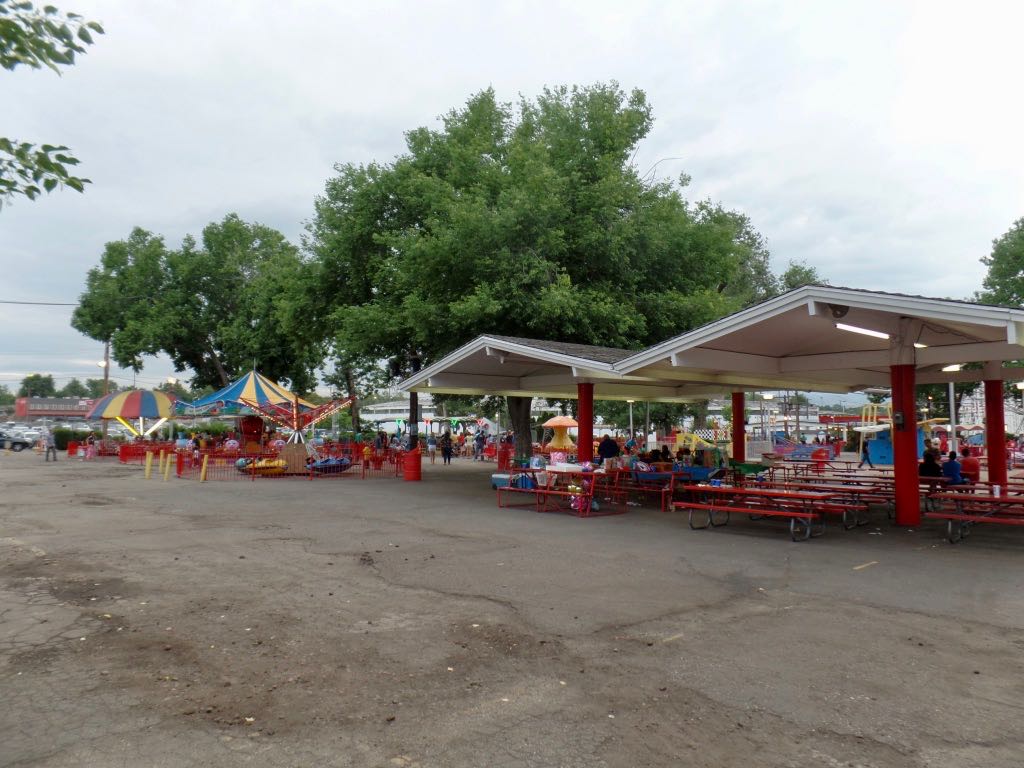 And here's some of the picnic pavilions, seeing pretty good use.

Trivia: The English counted the leap day as a doubling of the 24th of February until 1662, when the extra day became 29 February. Source: Mapping Time: The Calendar and its History, EG Richards.

Currently Reading: Disney's Land: Walt Disney and the Invention of the Amusement Park that Changed The World, Richard Snow. There are a lot of great stories in here, although there's a distressing lack of primary sources. There's a bibliography but, like ... OK, I don't doubt people told the story that when Disneyland was opening the landscaping budget was stretched so tight that someone said to just put up signs identifying the taxonomic classification of some weeds growing on the hillside, so they'd look like it was done on purpose. I would like to see what person claims he did, or saw this. Or, even better, to see a picture of someone's 1955 holiday slides showing the signs.