Told you it wasn't much. On a merrier note, one from the story comics: What's Going On In Alley Oop? Is Alley Oop going to Time Jail? November 2019 - February 2020 recapped before your eyes. It could hardly be recapped after your eyes.

Well! Let's have a spot of time with Lakeside Amusement Park, and something shocking we discovered in Kiddieland. 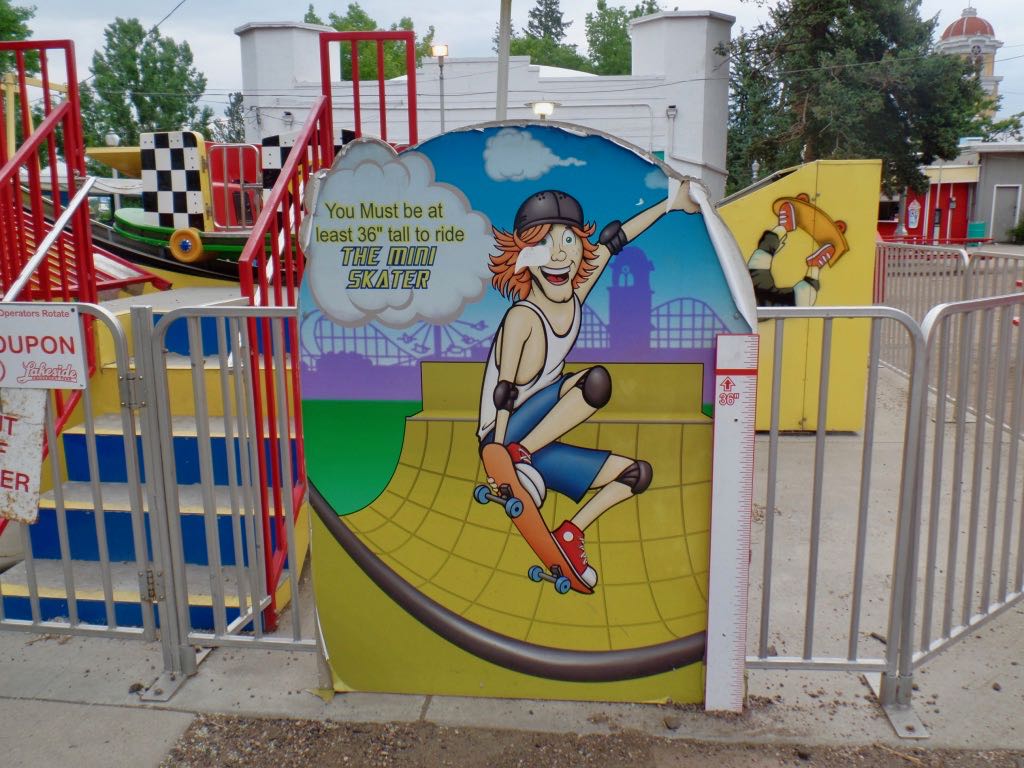 Some more radical signage about how big you have to be to ride the Mini Skater, in kiddieland. 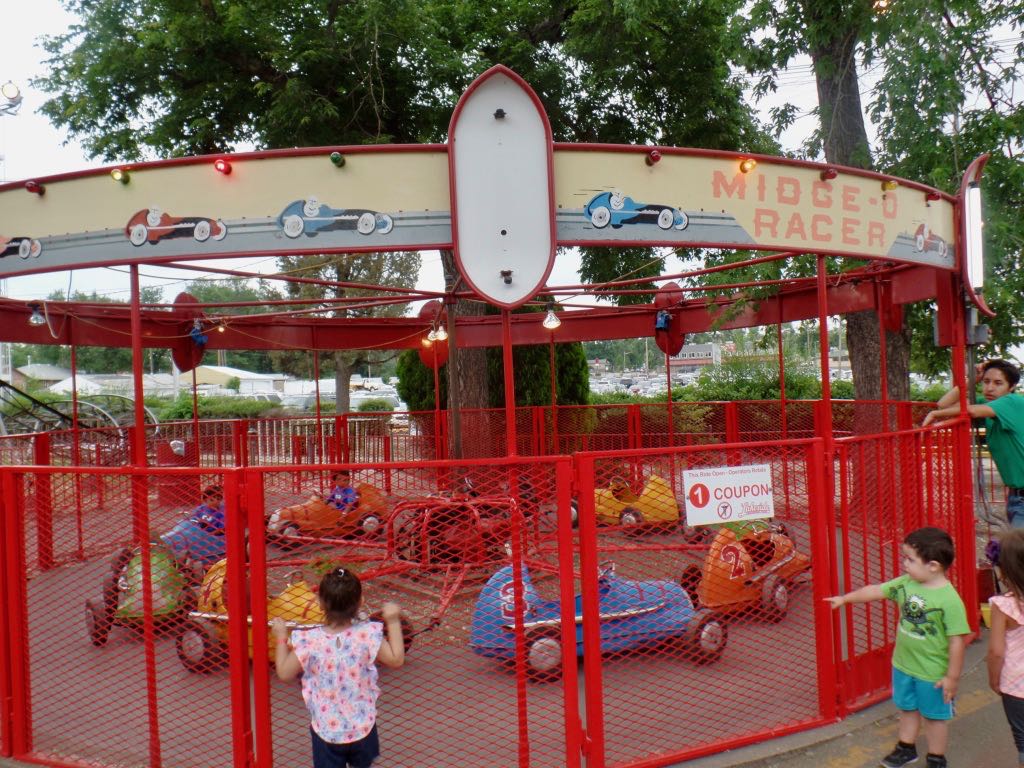 The Midge-O-Racer opened our eyes to how Eyerly Aircrafft Company --- which started out making flight trainers, and slid from there into amusement park rides --- had a ground counterpart to its Fly-O-Plane and Loop-O-Plane and Rock-O-Plane and Roll-O-Plane rides. 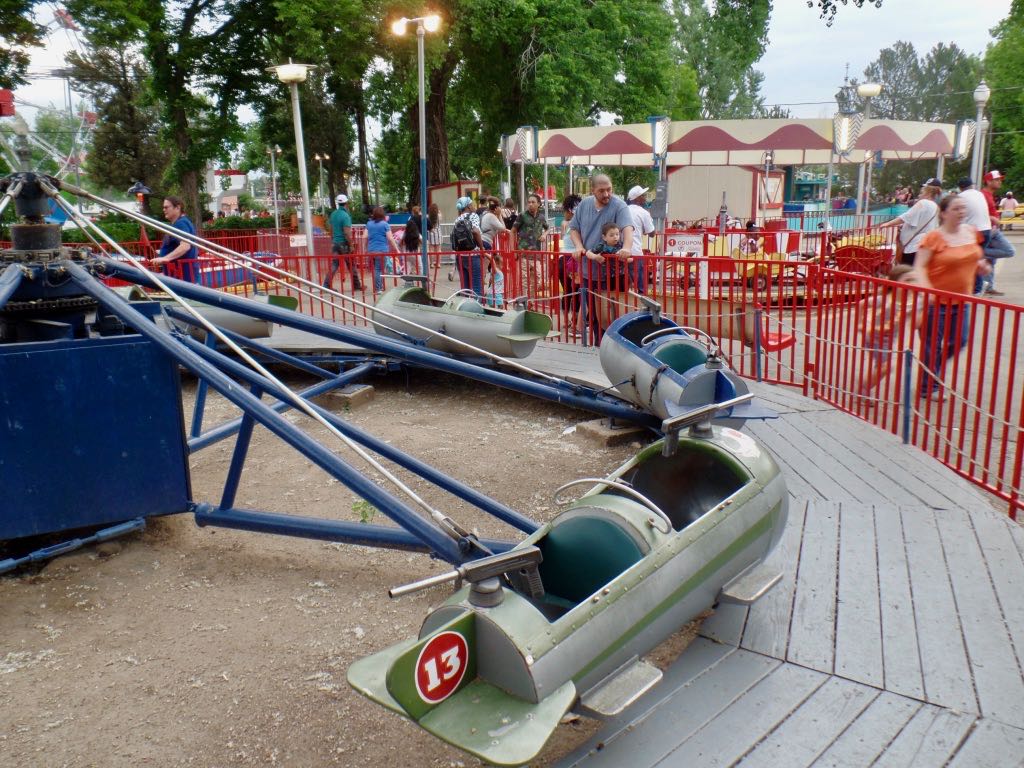 One of the captive plane rides, from back in the days those were fun to mount with machine guns. 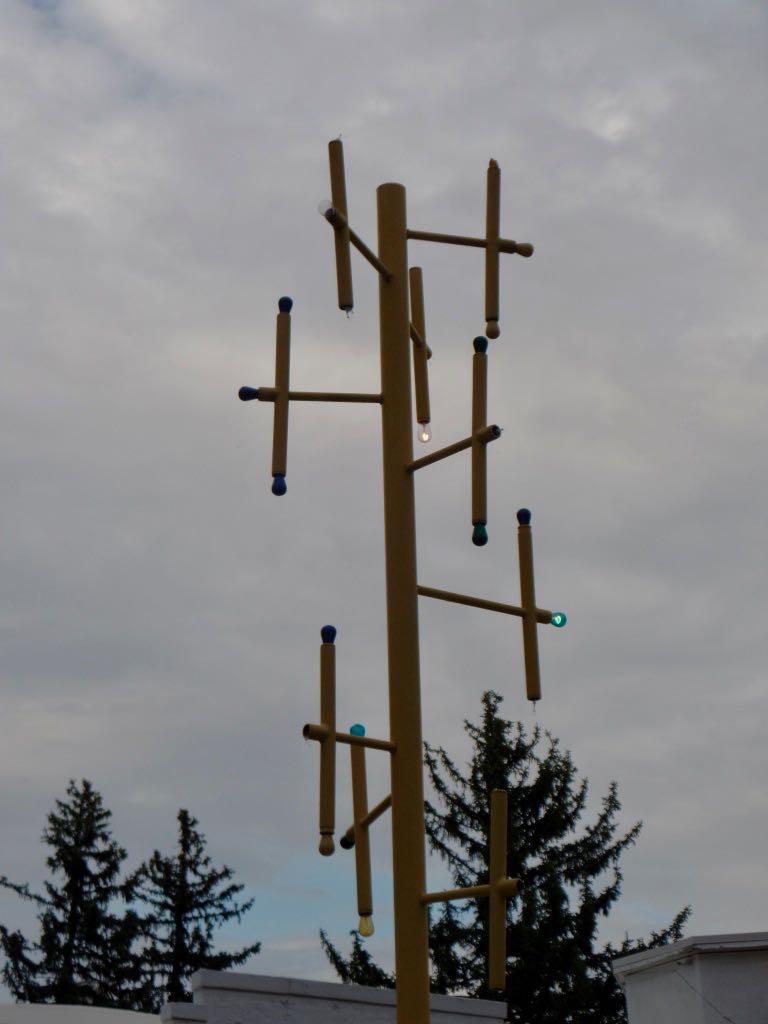 Light fixture over Kiddieland that wanders indifferently between being a public service and being public art. 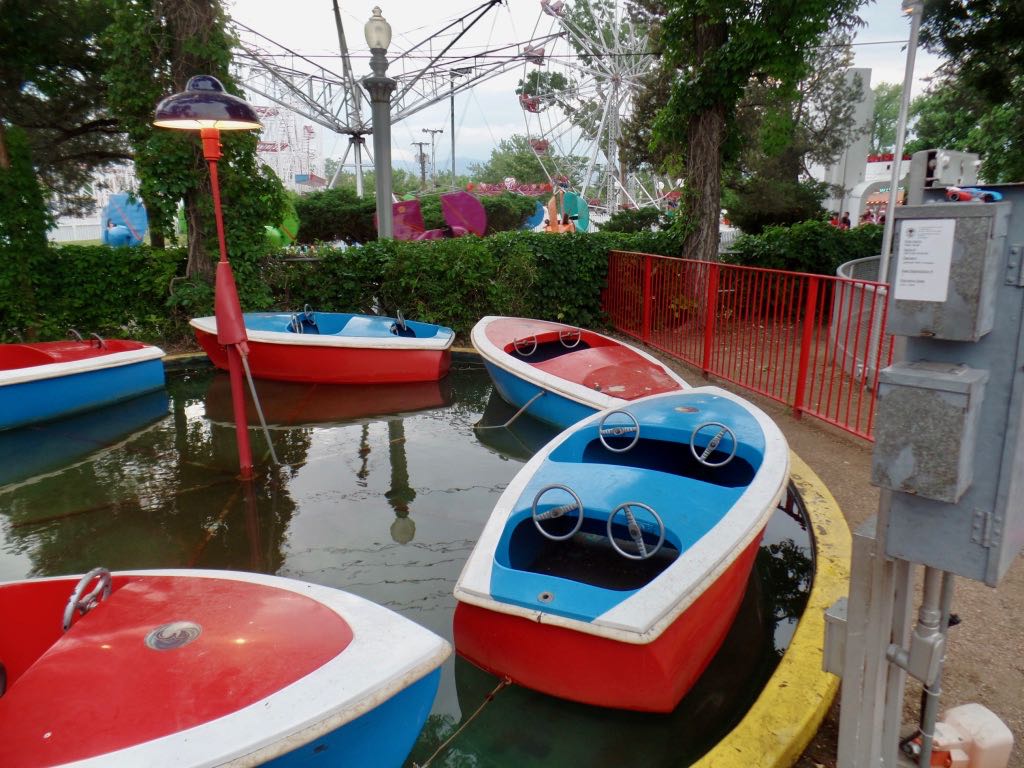 The kiddieland Water Boats ride. And ooh, hey, what's that sign on the fusebox there? 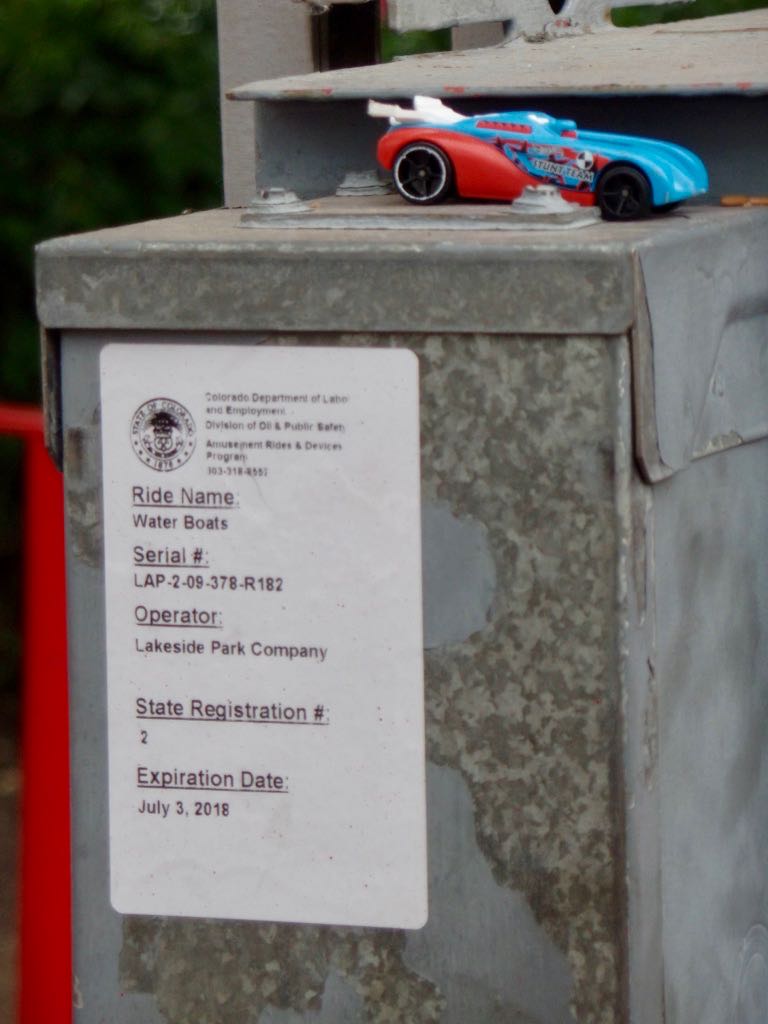 Inspection sticker, with an expiration date about two weeks into the future of this photograph. One of the ride operators told us they were hoping to get the Zyklon-class roller coaster ready to be inspected by early July when the rides would be up for inspection again. ... Also, look at that state registration number, huh? 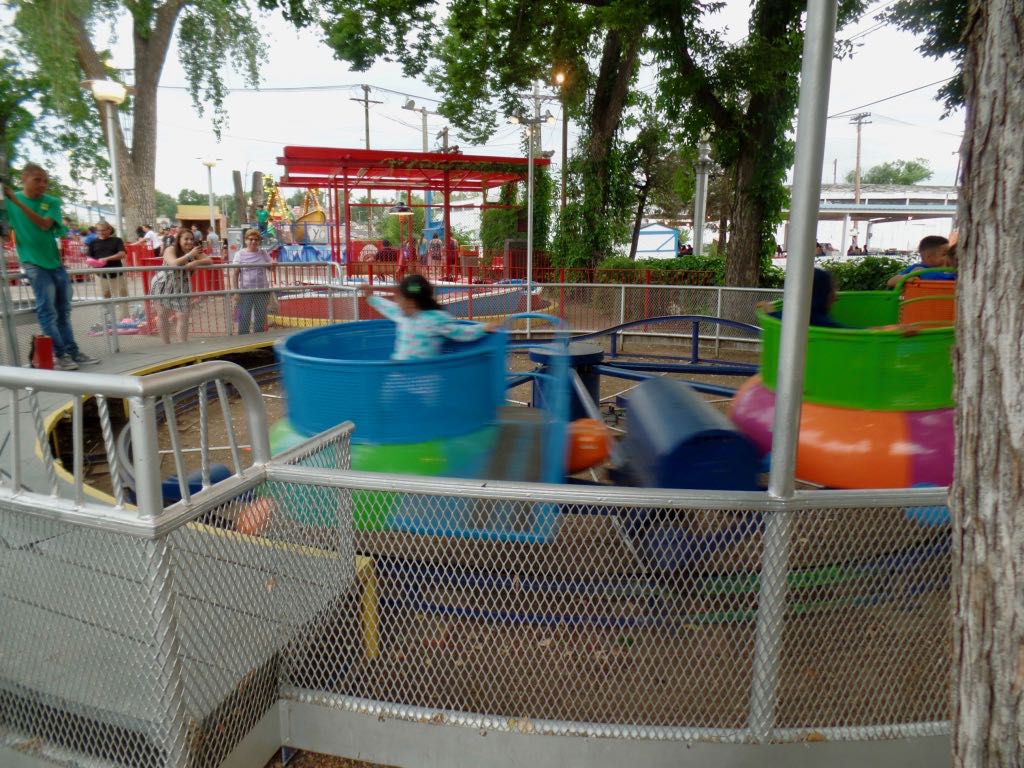 Kiddieland miniature Tumble Bug ride, and at least one kid who's having a great time riding it like it's meant to be ridden. 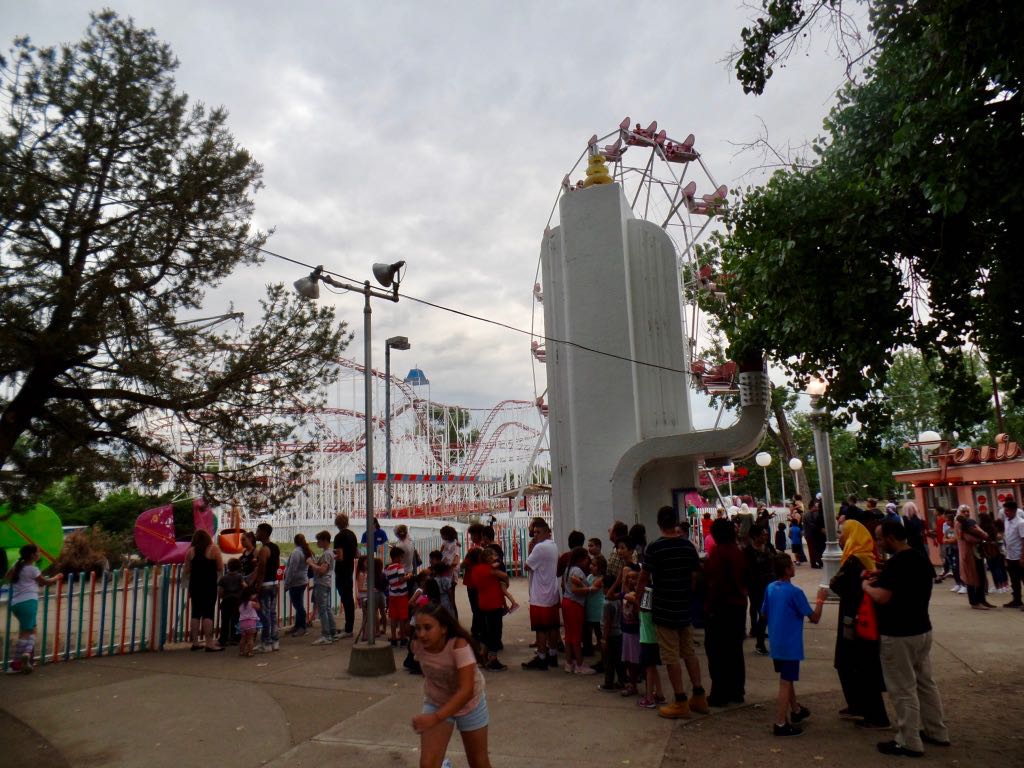 We emerge from Kiddieland. Here there's a big line forming outside the flying scooter.

Lights coming on to the Ferris Wheel's ticket booth. 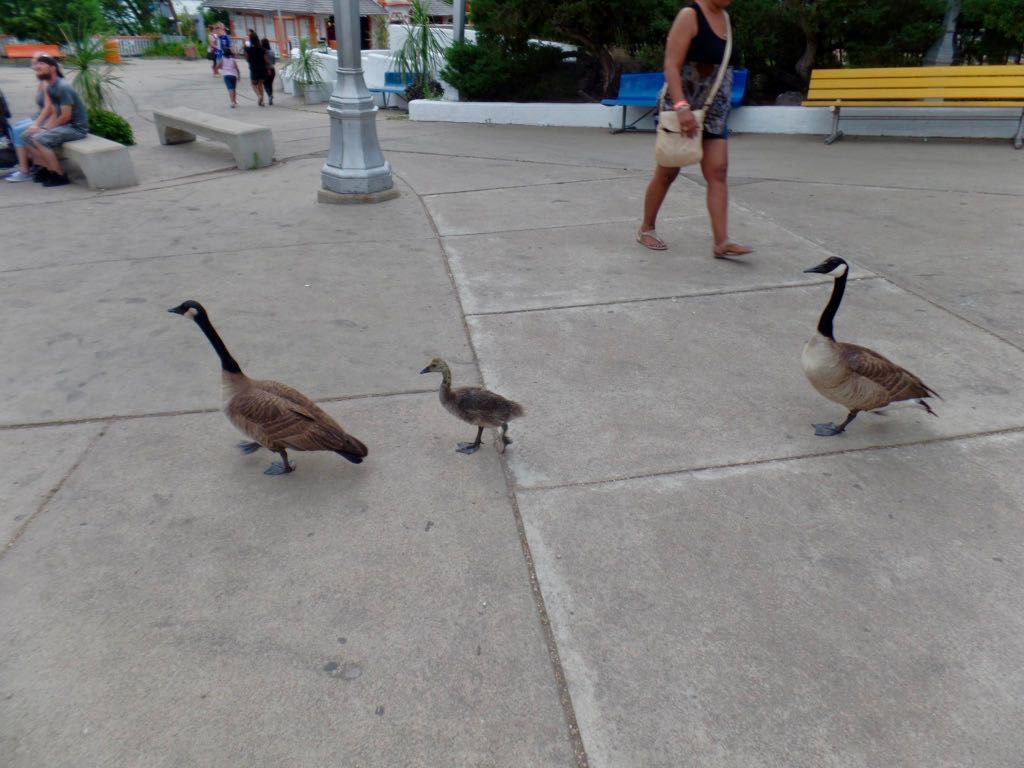 And oh, hey, here's some geese wandering around. 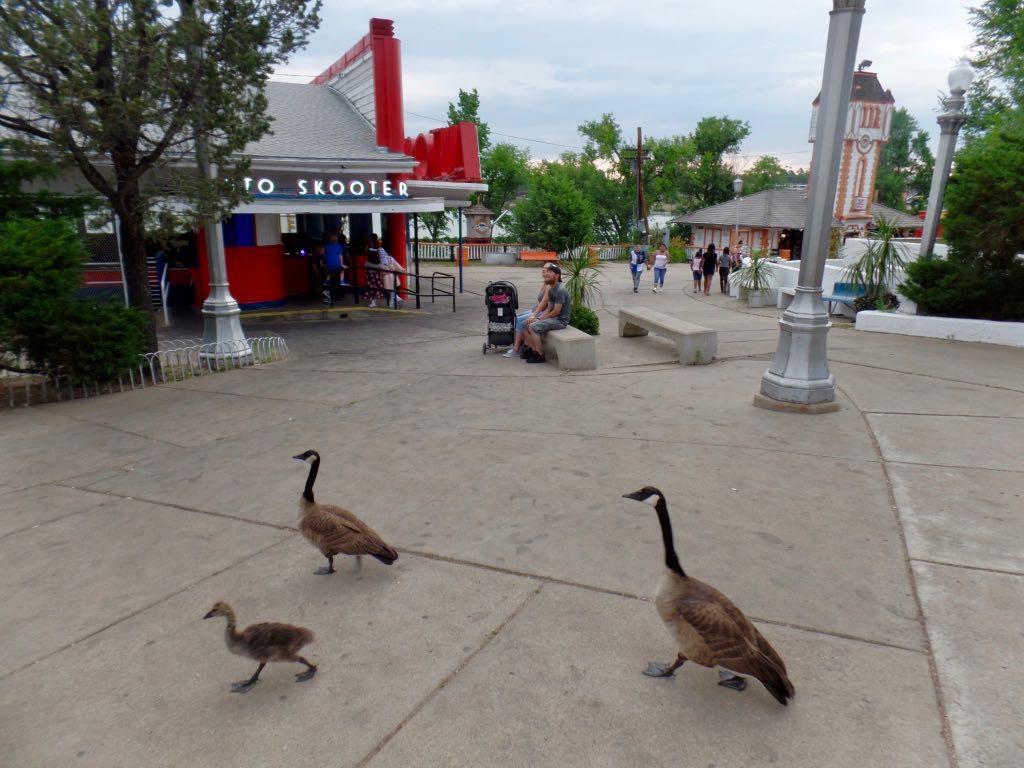 Geese strutting around as if they own the park. 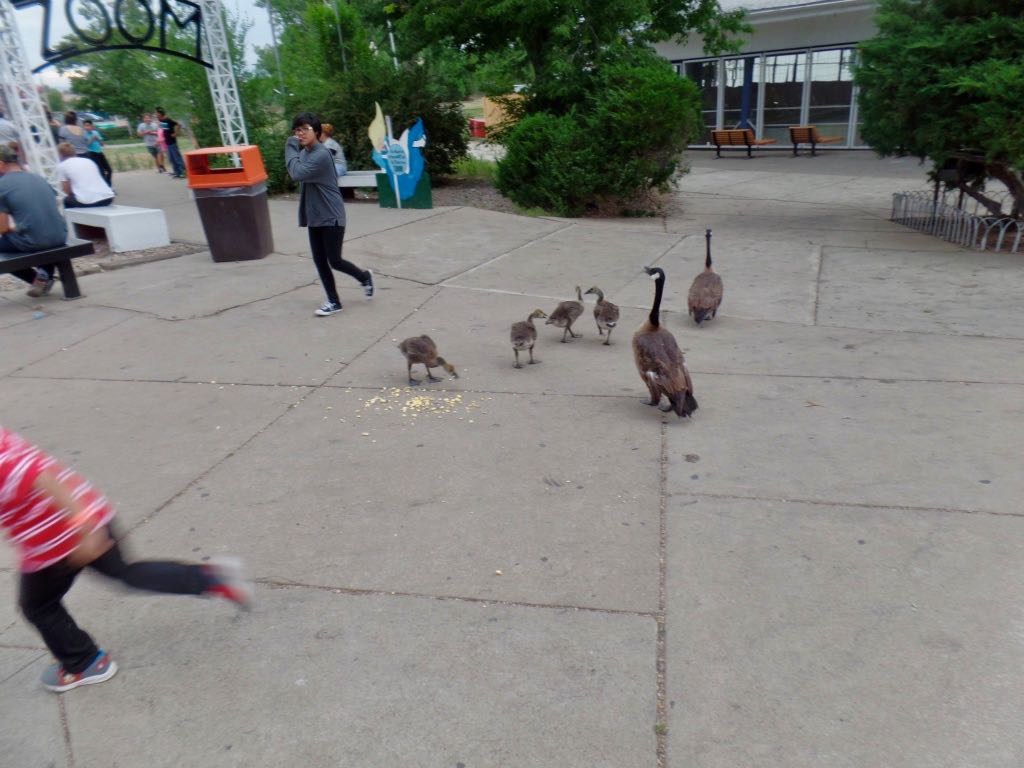 AAAH! THEY DO! THE GEESE DO OWN THE PARK! RUN! RUN! ZOOM!

Trivia: The old Waldorf-Astoria Hotal's demolition, to clear space for the Empire State Building, was completed 3 February 1930. Source: Higher: A Historic Race to the Sky and the Making of a City, Neal Bascomb.

Currently Reading: The Great American Motion Sickness: or Why You Can't Get There From Here, John Burby. Another Christmas present book from

bunny_hugger, one that she found in the used section of the bookstore where she works. And she felt, quite rightly, that this was an extremely me book: it's an early 70s book about United States transportation policy and why it should have one. It's seriously fantastic, chock full of now-forgotten cabinet secretaries vamping their way through decisions about bridge priorities and airlines shrugging and asking why they should have to do anything about whether it's okay to build high-rises at the ends of airport runways and stuff.