Willows in the breeze 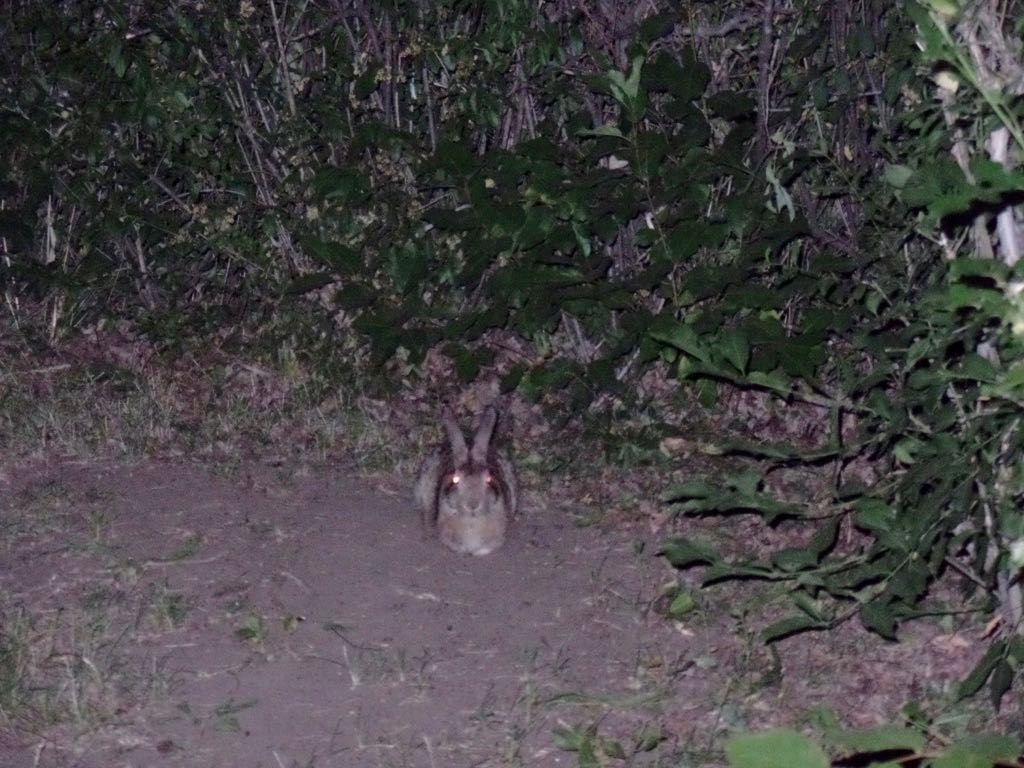 It's a rabbit! I thought I saw something in the bushes near Wild Chipmunk and sure enough, here was one. It took me longer than you'd think to start photographing, although I wasn't sure whether using the flash would just send the rabbit fleeing. 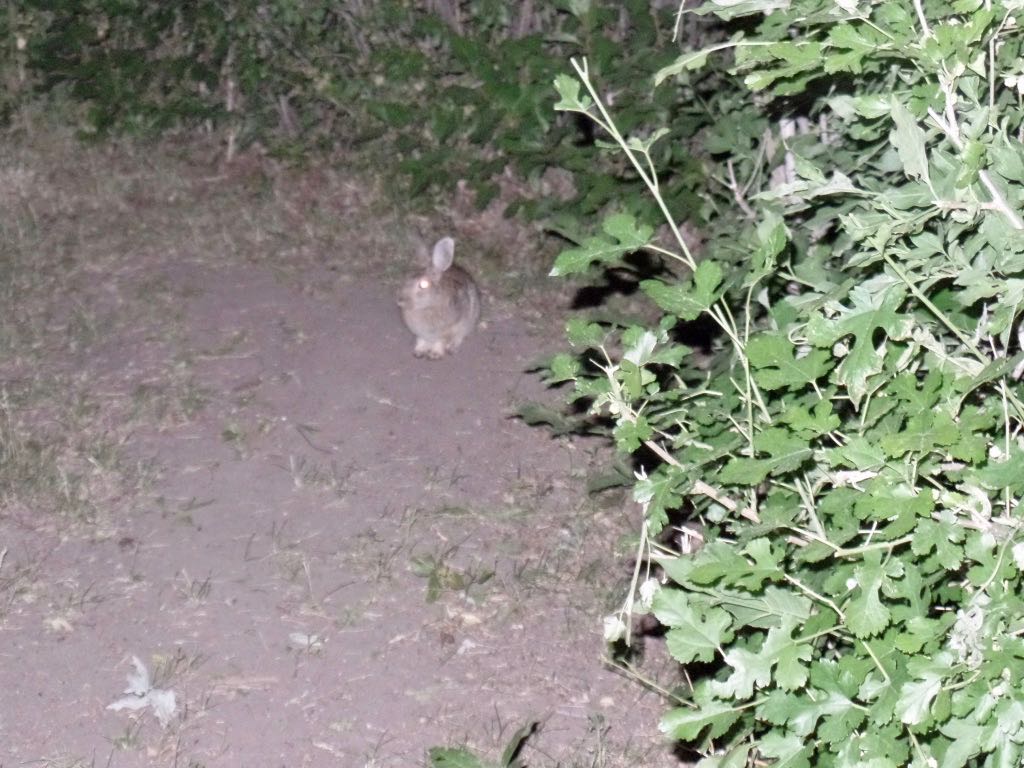 The rabbit sat up a bit and pondered matters, even with me hanging around flash-photographing. Have to imagine the wildlife around an amusement park gets used to this sort of thing, though. I don't have other good photos, unfortunately; I haven't got the sort of focus control that won't decide, like, the leaves are the interesting thing here instead. 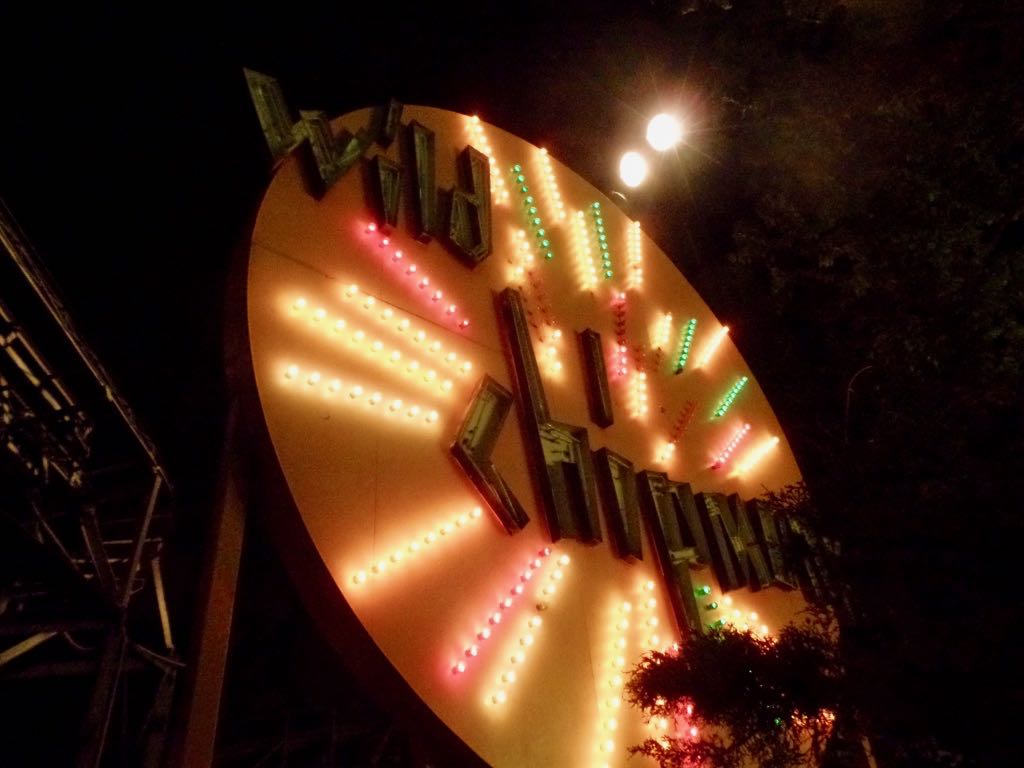 Looking up at the Wild Chipmunk sign, with a couple of ride lights behind that giving it the look of something joyful emerging from behind. 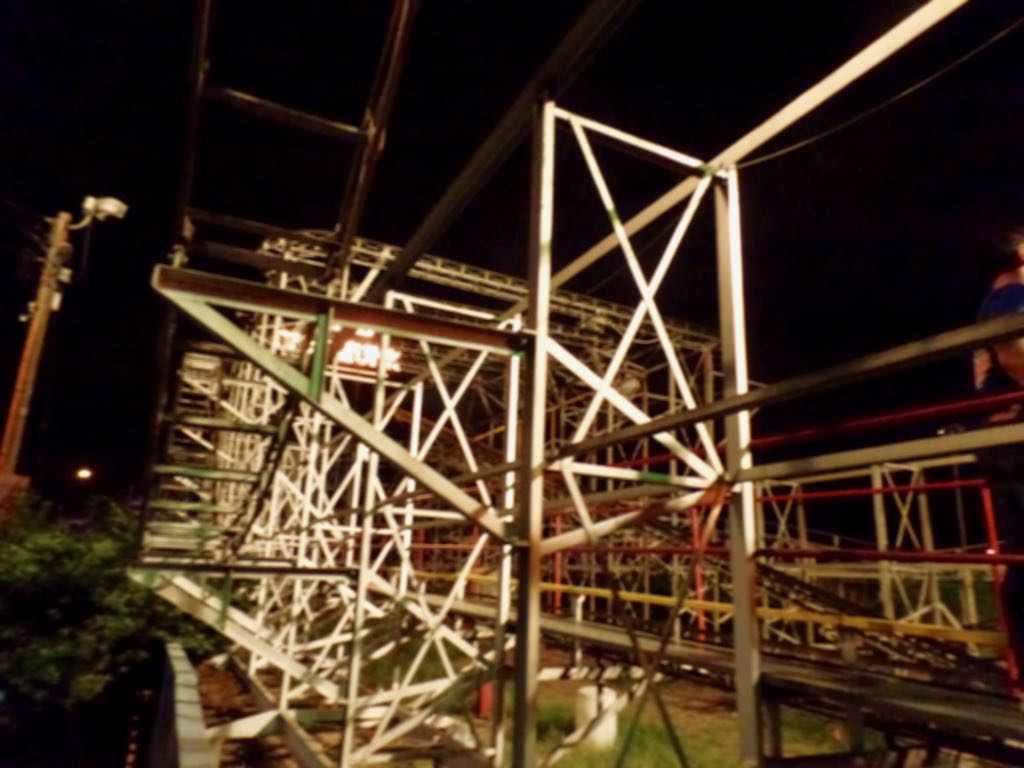 A slightly blurry picture of the Wild Chipmunk return path at night. 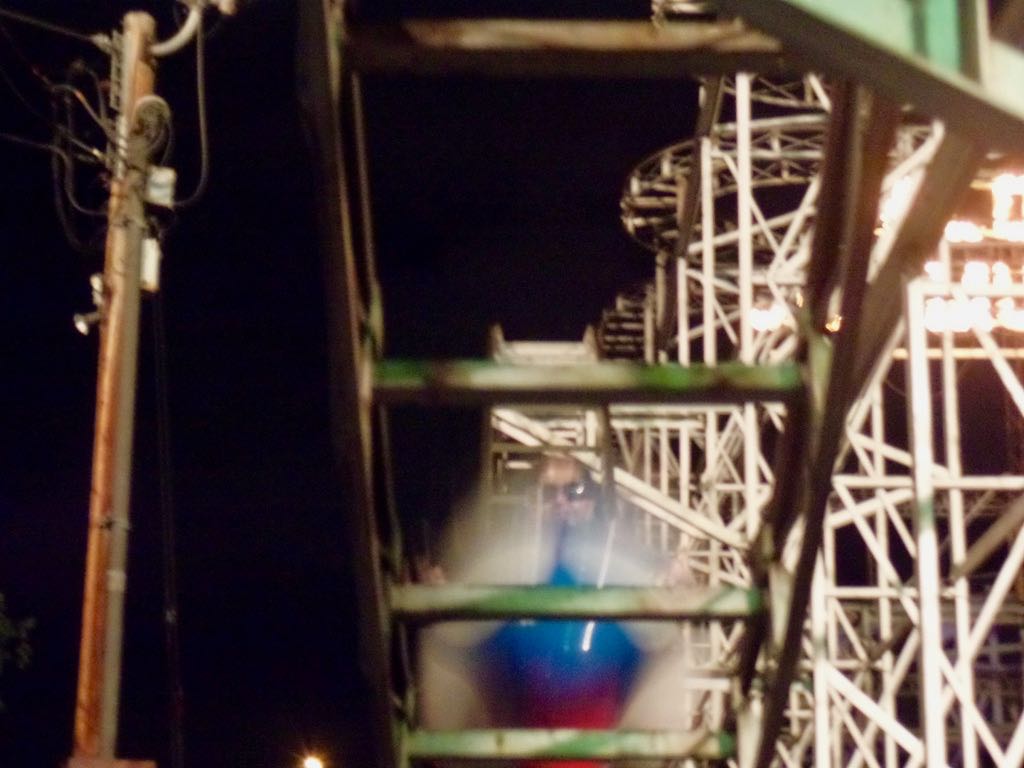 Wild Chipmunk car on one of the return hills, zooming over my camera. 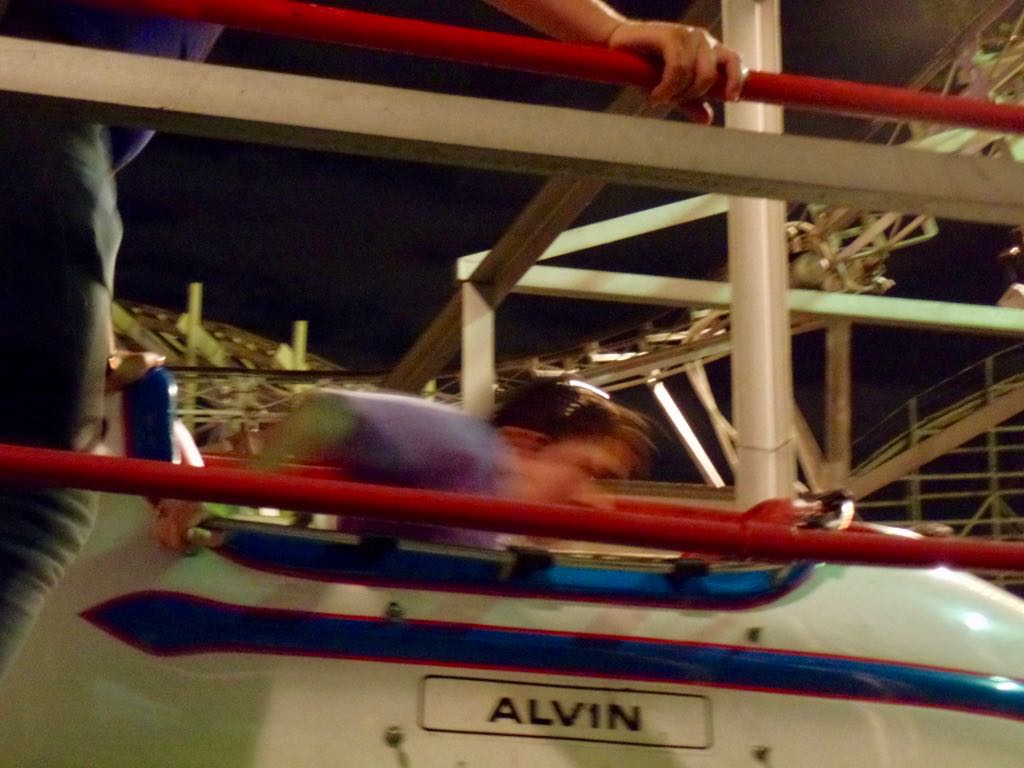 Say, did I ever say anything about the naming scheme for the three Wild Chipmunk cars? 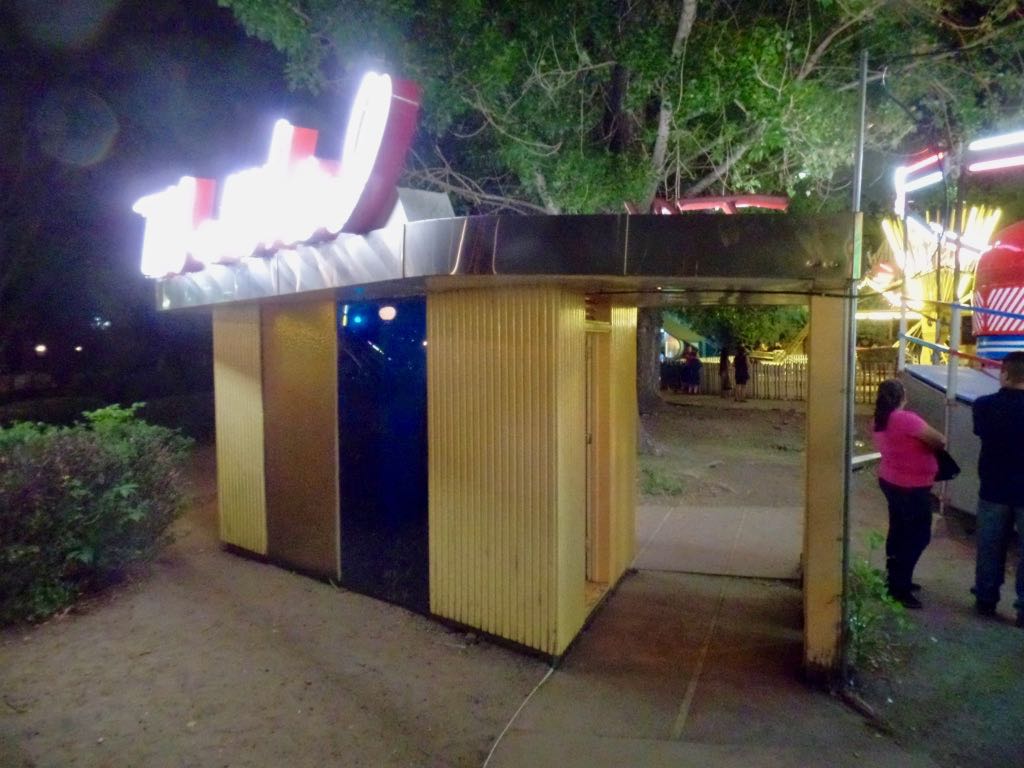 The extremely adorable ticket booth for the Tilt-a-Whirl, with neon so bright as to overwhelm my camera. 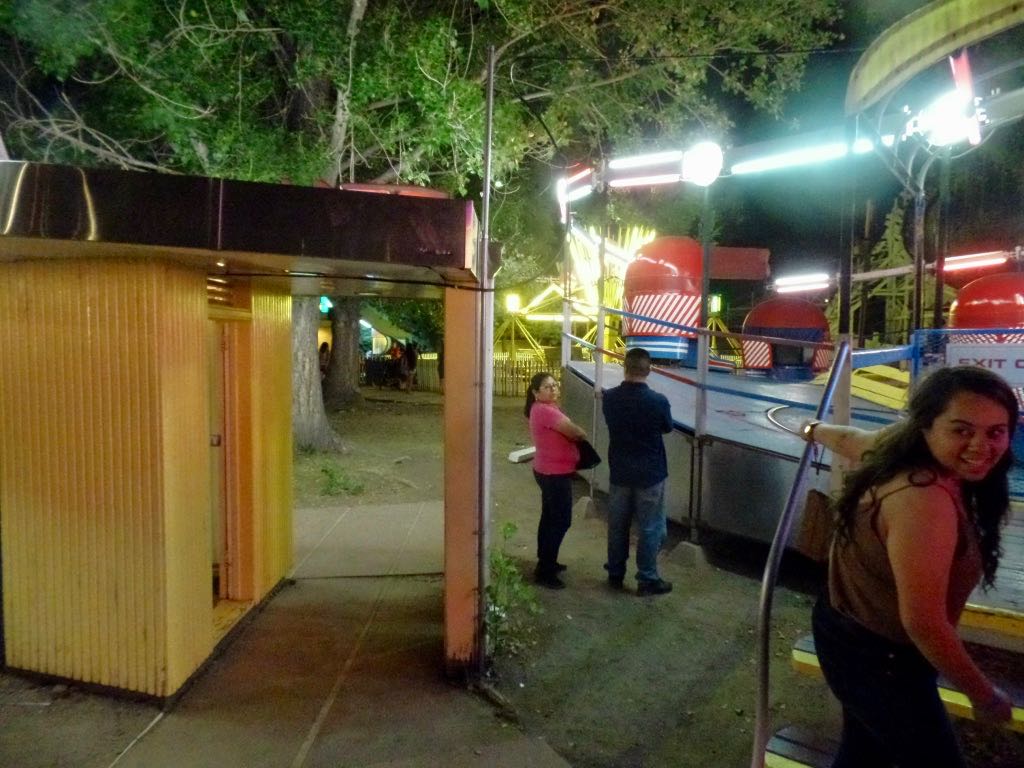 Better look at the Tilt-a-Whirl building, which had an open door but nothing of note inside, along with the ride and its lights. 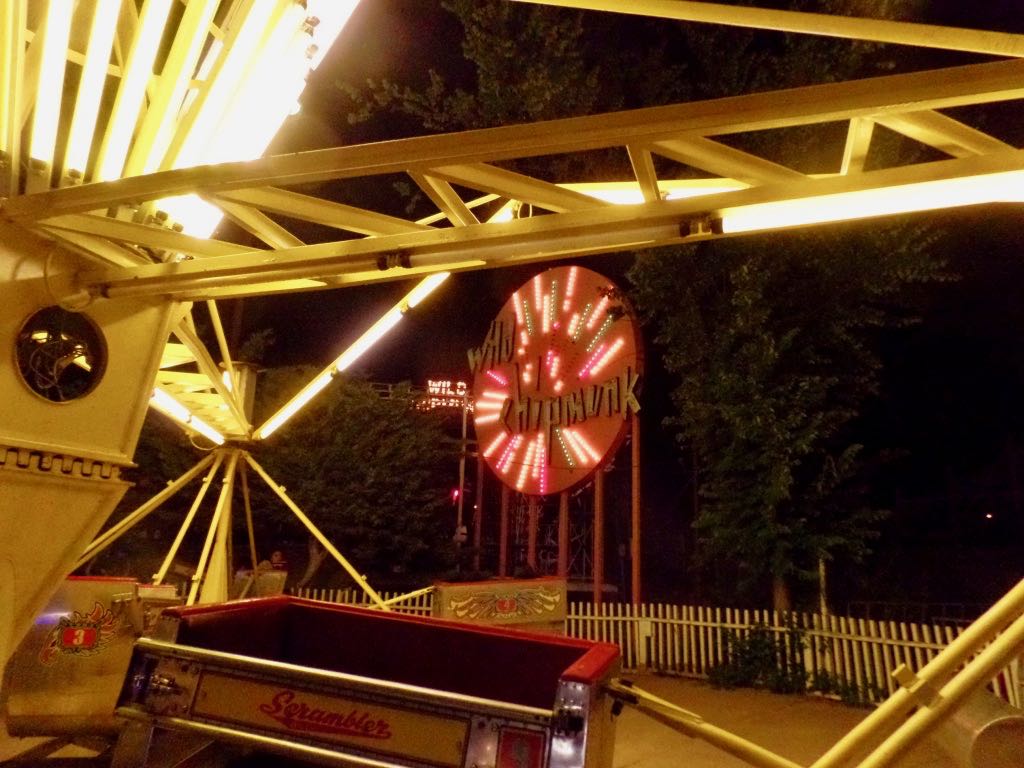 Looking back from inside the Scrambler ride at Wild Chipmunk's sign and, past that, the roller coaster. 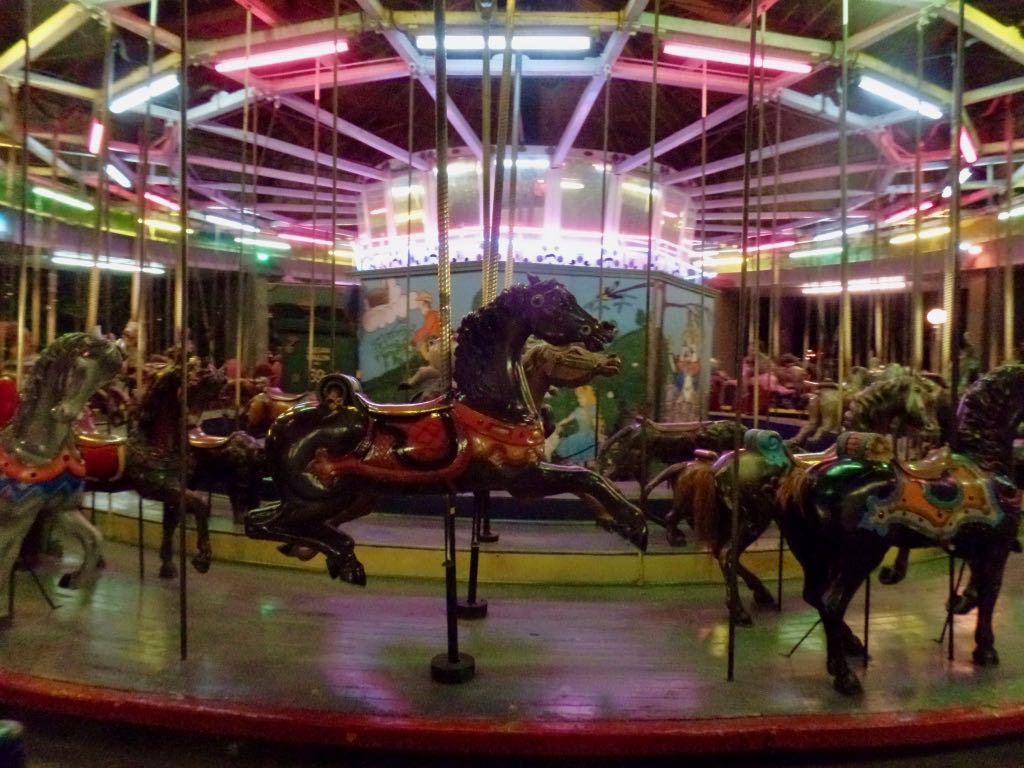 We had to come back to the Merry-Go-Round; it's just that interesting and weird. 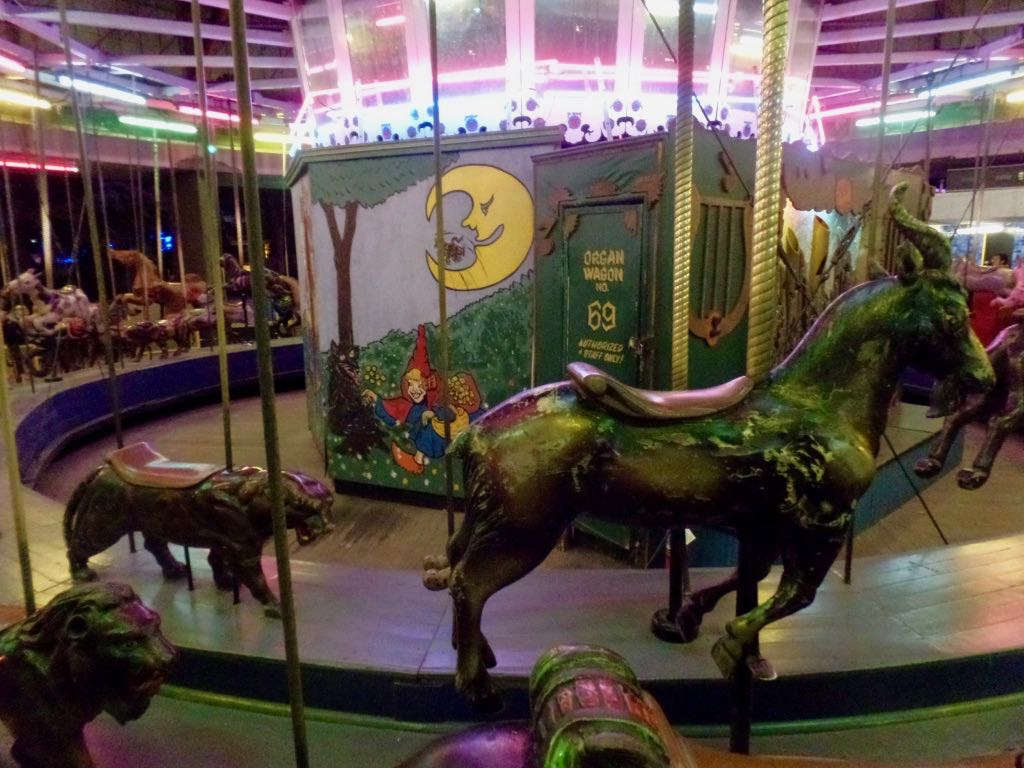 Another look at the innermost and most elevated row of the Lakeside Merry-Go-Round, and the scenery panel behind with I'm going to say Little Red Riding Hood, plus the Cow Who Jumped Over The Moon. 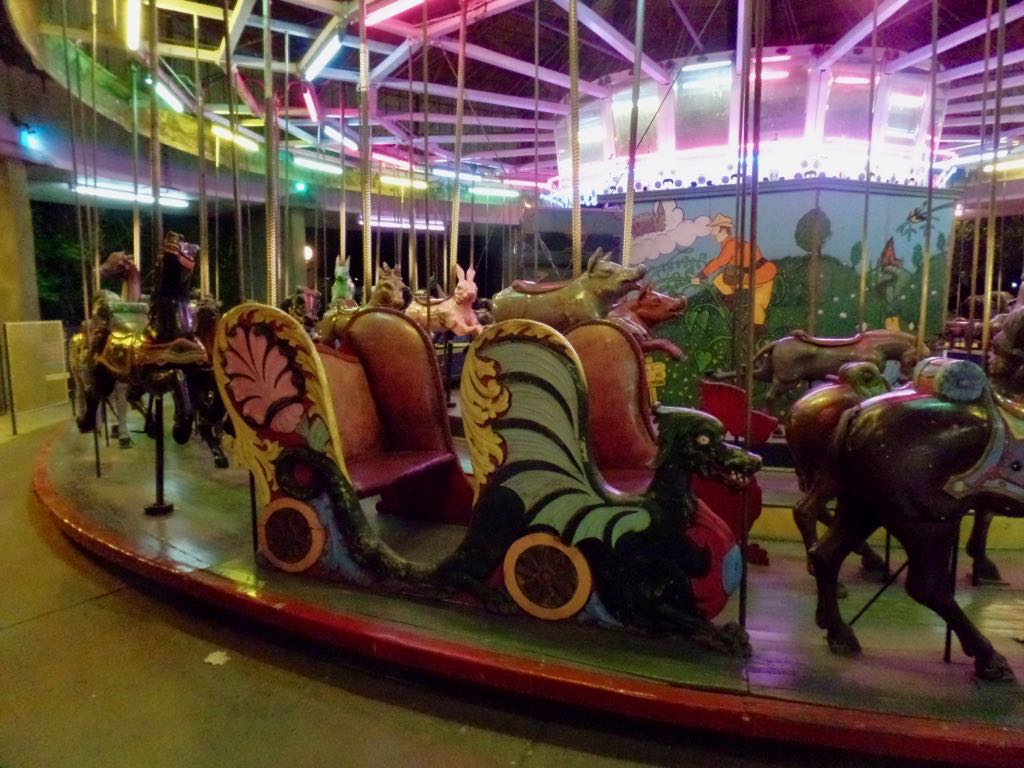 A look at the dragon chariot on the carousel, with behind that the pink rabbit as well as Jack and the Beanstalk.

Trivia: Aryabhata, a mathematician-astronomer living in north India from about 476 to 550, calculated the length of the solar year to be 365.3586805 days. This was about two hours, 47 minutes, 44 seconds longer than the actual year's length in his time. Source: The Calendar: The 5000-Year Struggle to Align the Clock with the Heavens --- And What Happened to the Missing Ten Days, David Ewing Duncan. (Wikipedia describes only Aryabhata's calculation of the sidereal year, a different figure; it does claim his estimate of the sidereal year was less than three and a half minutes longer than the modern figure.)

Currently Reading: The Great Salad Oil Swindle, Norman C Miller. One weird little thread in this is the guy behind the scandal really, really wanted you to know that sinister other forces were behind his failure. The Department of Agriculture, of course. But also, Opus Dei, which I'm startled to see mentioned outside an anti-Catholic conspiracy rant or maybe a bad-books podcast going over Dan Brown novels.

PS: Reading the Comics, February 8, 2020: Exams Edition as I look at comic strips where kids are expected to answer mathematics questions.