Lakeside Park, so many memories

I hope all of you reading this have enjoyed my humor blog. If you've missed the last couple days of it, not to fear. Here's your chance to catch up on the past week's writing, which has included:

And now back to Lakeside Amusement Park, Denver, and some pictures from it that I will bet you never expected to see! 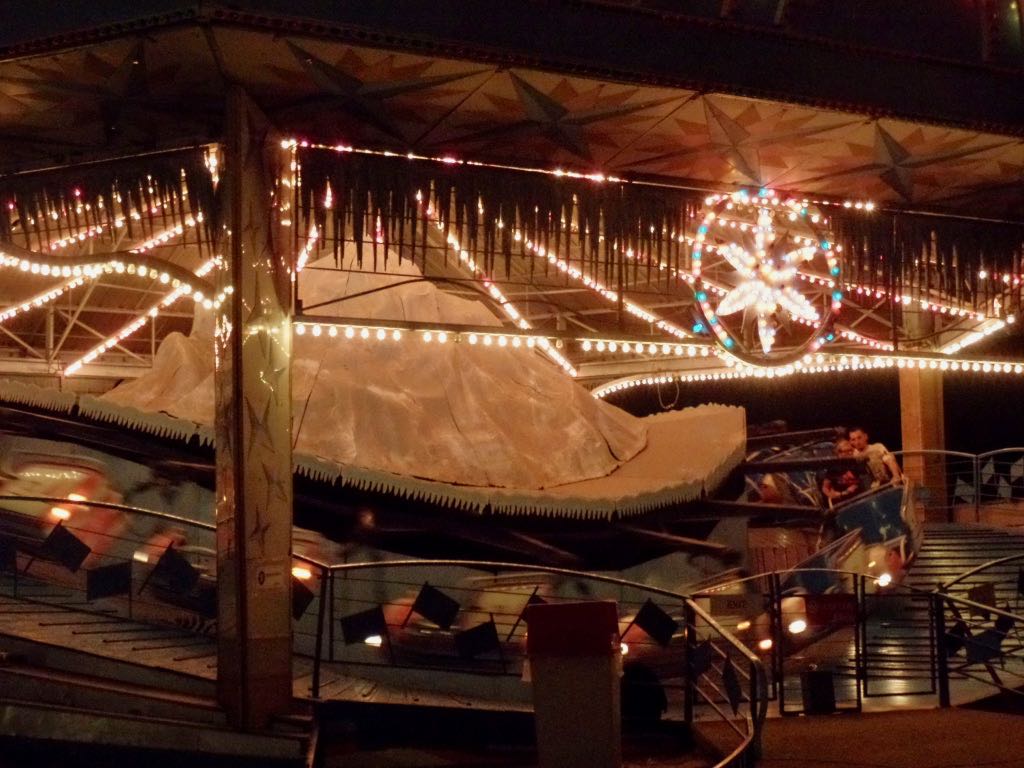 The Matterhorn by night; it was still running past 11 pm and we were wondering when if ever the park does close. I don't think they had any posted closing hours. 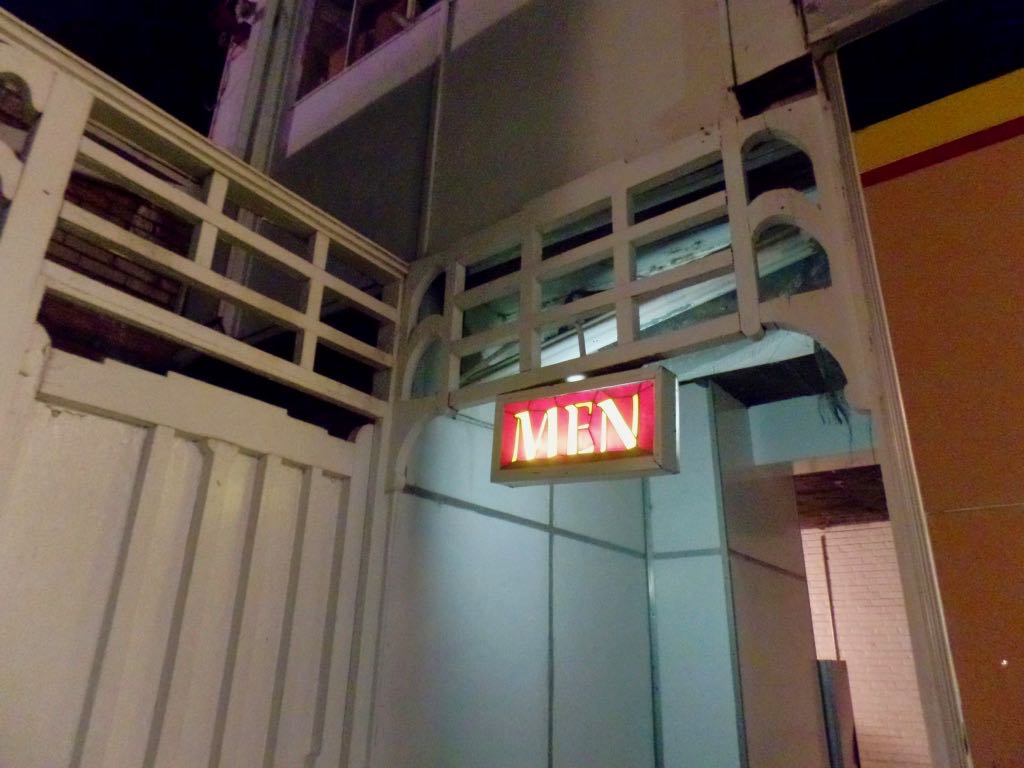 Oh, kind of an industrial picture here, bu I realized the bathroom sign had this adorable faux-stained-glass look to it that I'm pretty sure was on purpose and wasn't just that the plastic or glass frame of it broke over the ages. 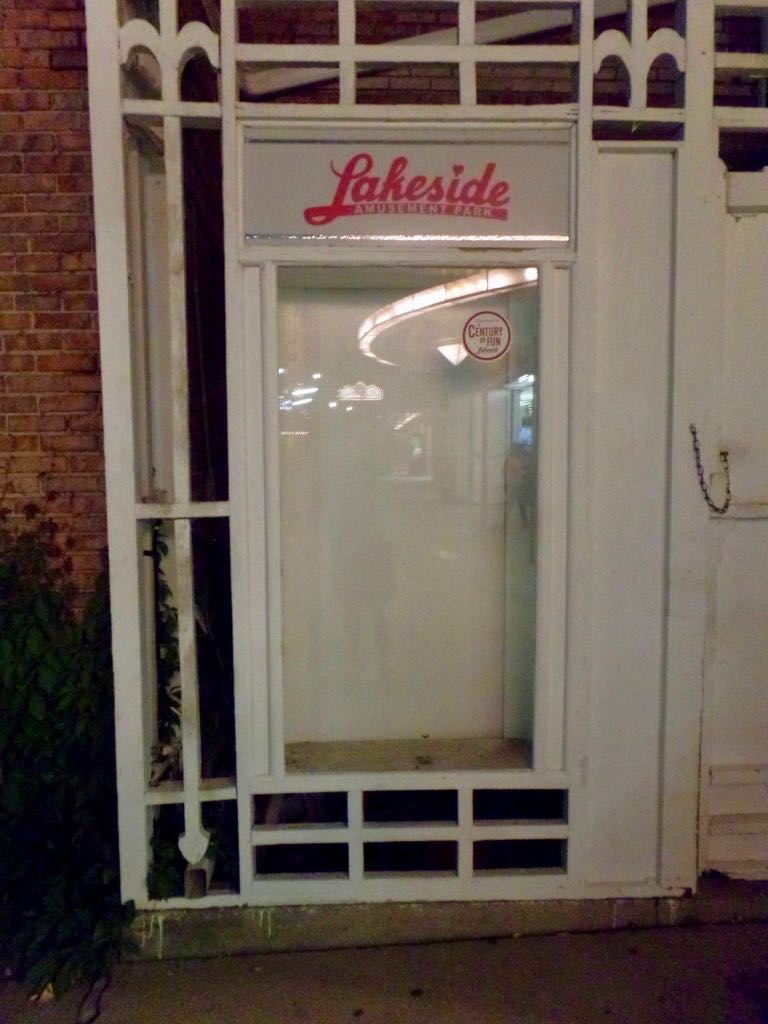 Empty display case for the park. Note the Century of Fun sticker which was, at that time, a decade old (the park opened as a White City, a traditional park name based on the Colombian Exposition's midway, in 1908). 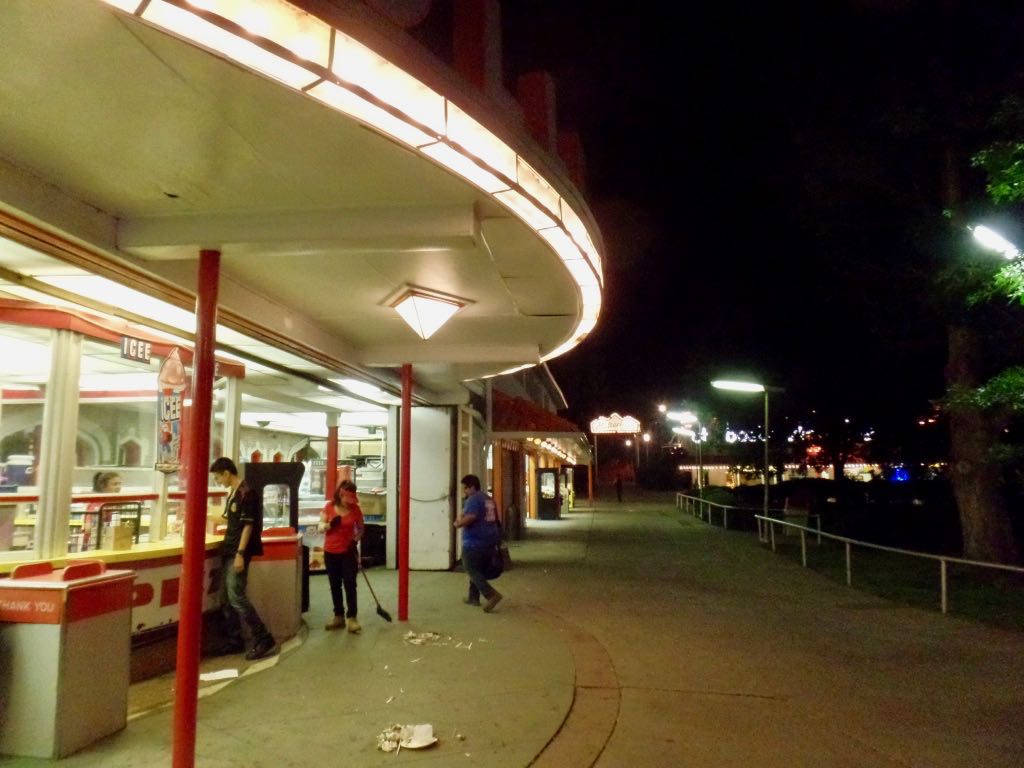 Looking out at the icee place, and beyond that a midway game parlor, Matterhorn, and Skoota Boats, as staff sweep up and things ... sure do seem like they're at the end of the day, right? 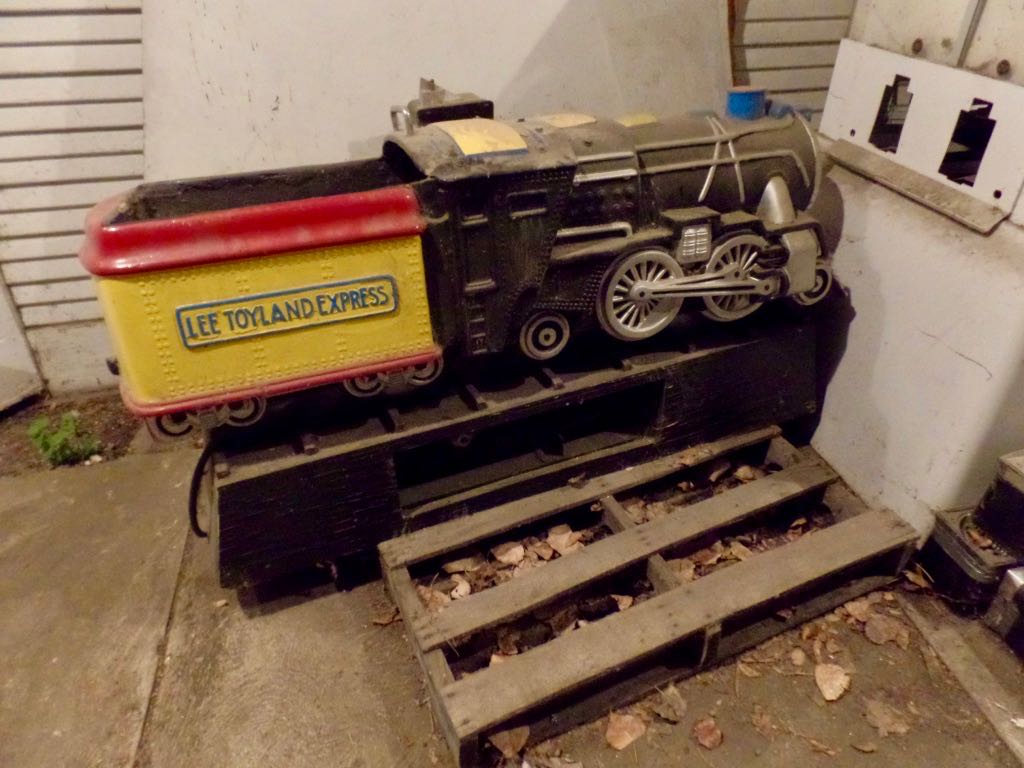 Tucked into a disused hanky-pank midway game booths: I have to assume this was a kiddie train ride that's been out of service a long while but is too sentimental to discard. So now it's a sort of obscure park sculpture, like Staride but sheltered from the elements some. 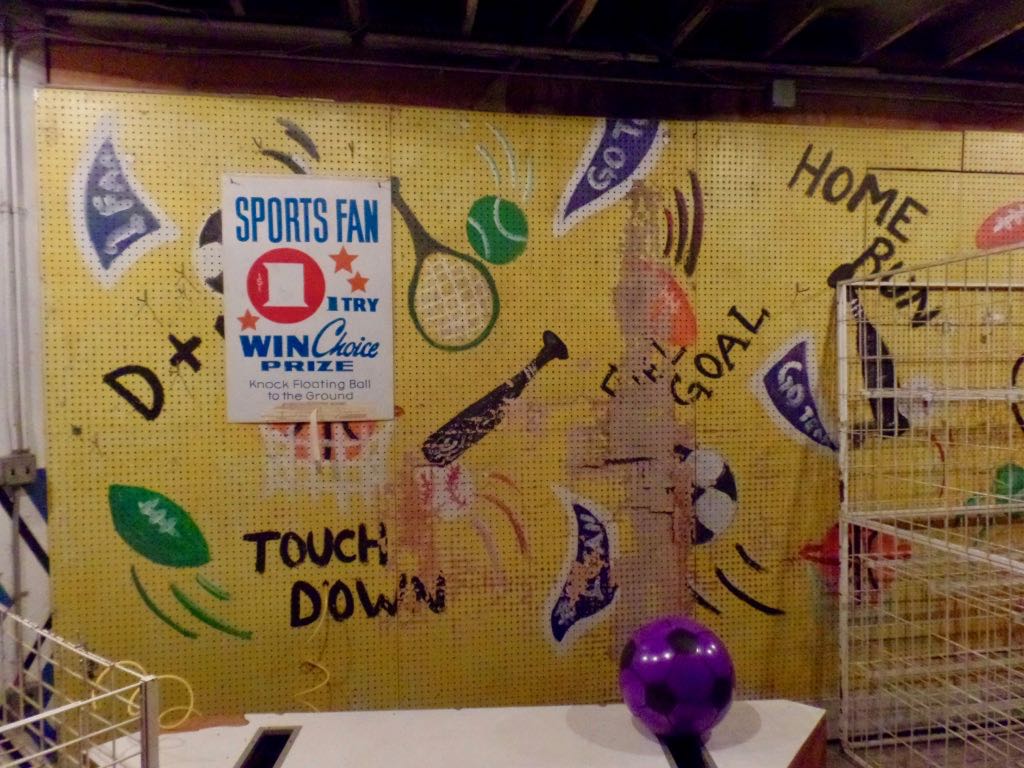 Midway game booth that seems like it's been out of use a while; we couldn't figure what exactly the game had been. 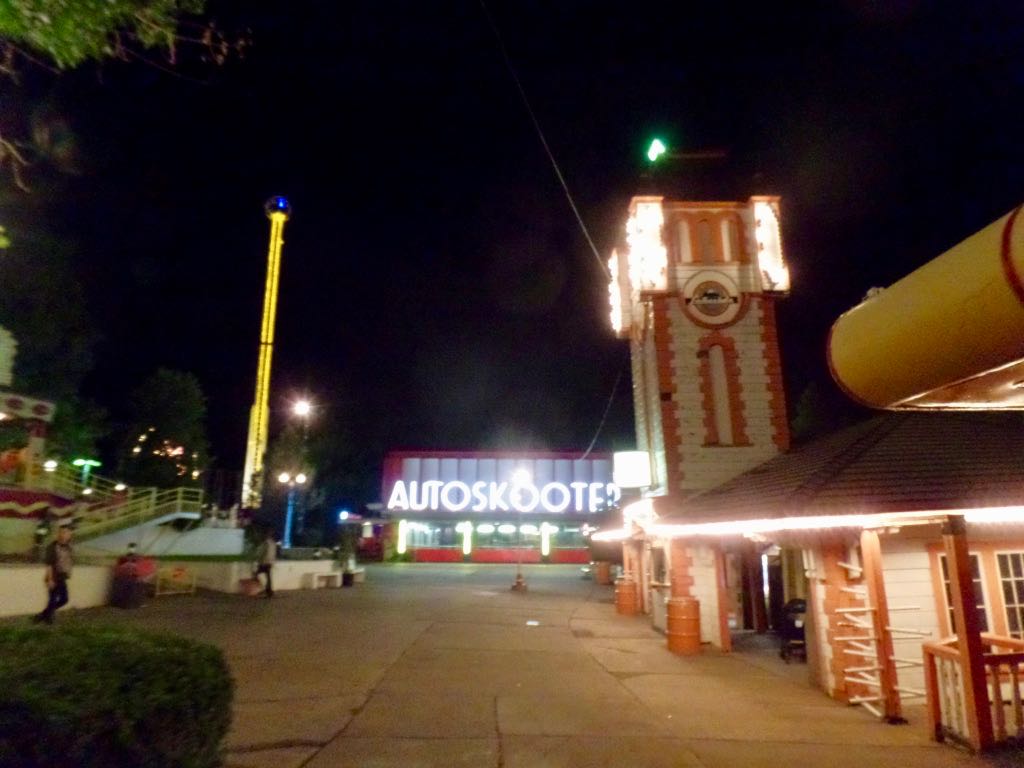 Walking out of the park, past the miniature railroad and Dragon coaster and toward the Autoskooter ride. 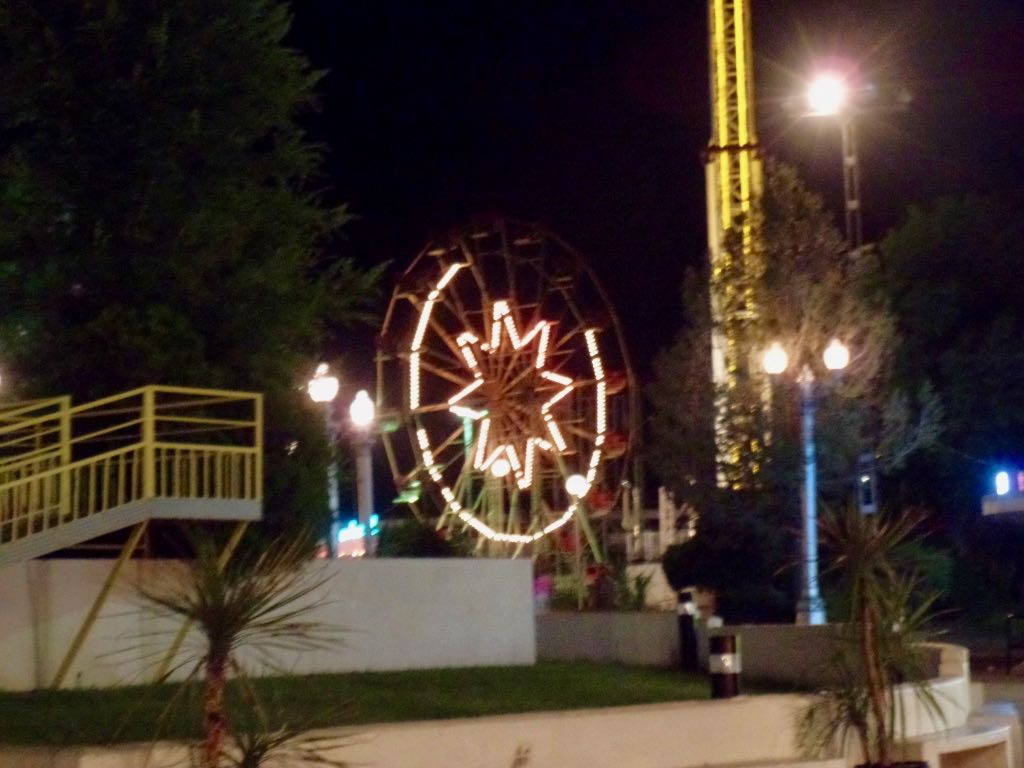 A glance at the Ferris wheel and drop tower, with the station for Dragon poking out the left side there. 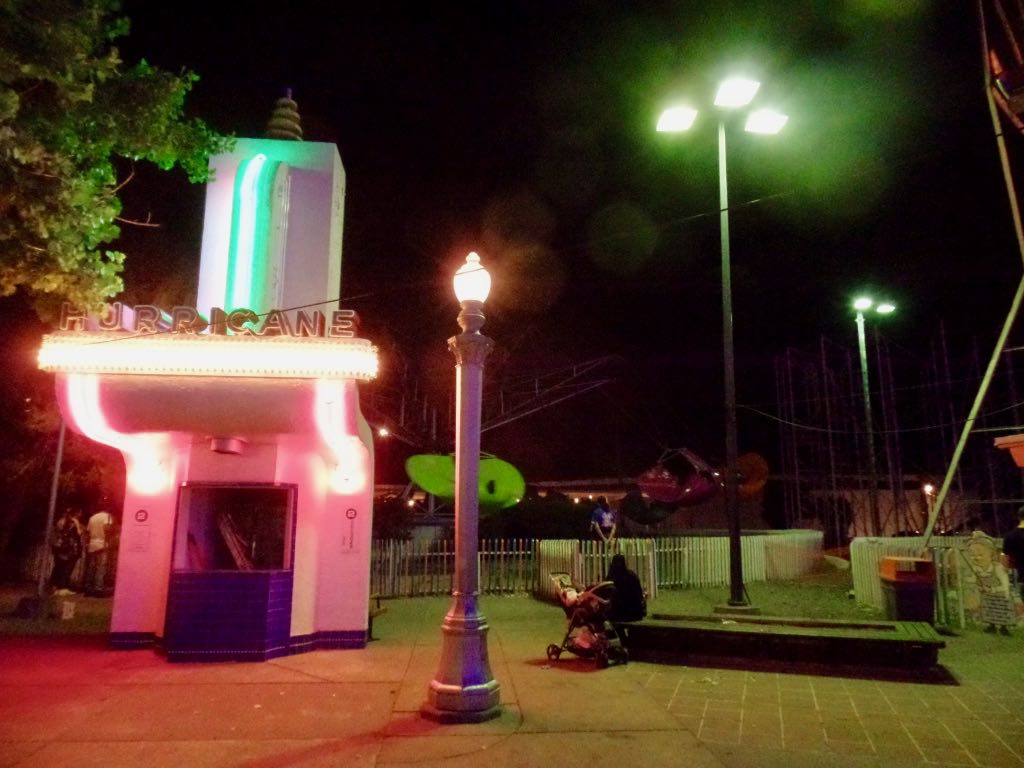 Ticket booth for the Hurricane ride, which looks like it's a captive swing ride different from the flying scooters. Note on the far ride a height board that looks kind of like Granny from the Looney Tunes. 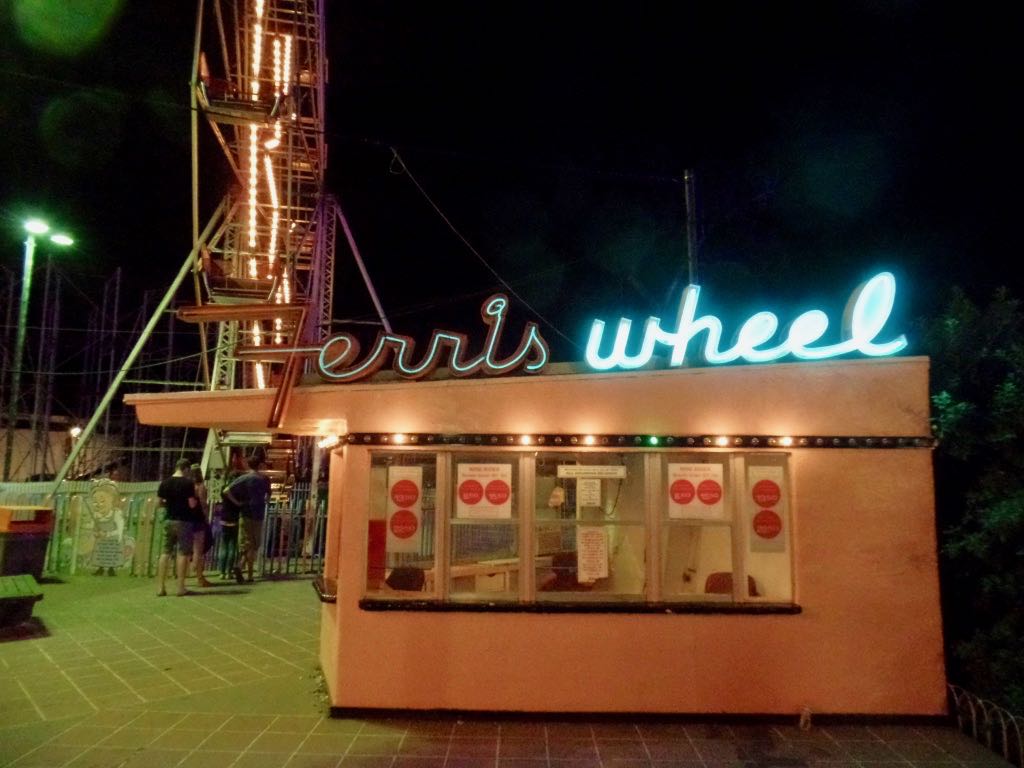 The Ferris Wheel's ticket booth, apparently no longer selling tickets for the night. I'm not sure what trickery was done with the words Ferris and Wheel to make their lights look so very different. 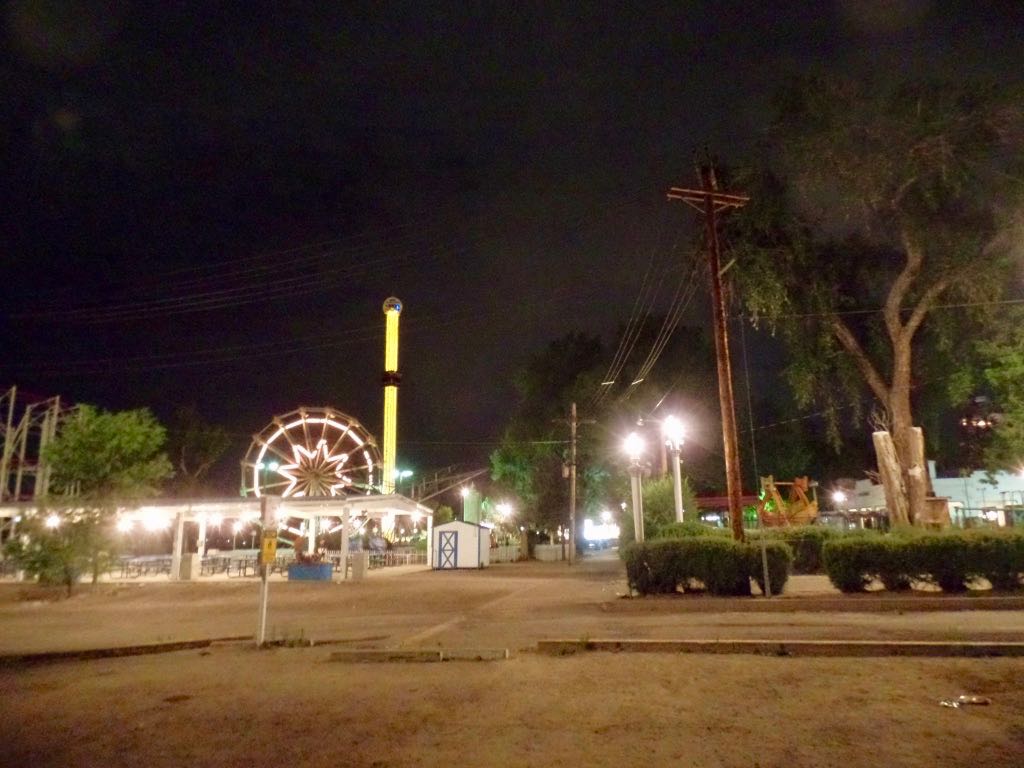 And, from the parking lot, one last look at the park, still going strong at about 11:30, a time by which we were exhausted and felt like maybe the park would never in fact close. And so, finally, I exhaust my pictures of Lakeside Amusement Park. 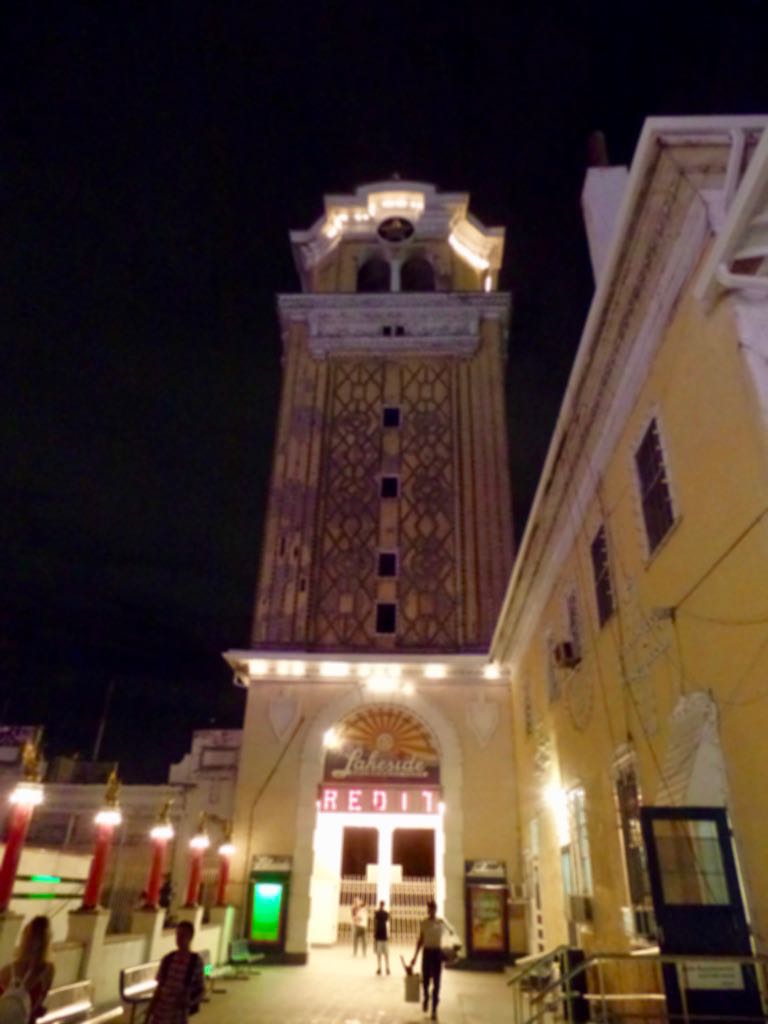 And let's finish by looking back at the Tower of Lights, and its invitation, REDIT. Maybe we will.

Trivia: In April of 1637 the Court of Holland proposed a suspension of all court cases involving tulip bulbs; cities throughout the Netherlands followed this lead. It seems to have been intended as a temporary suspension of tulip cases, while the bubble was investigated. It never ended. Source: Tulipomania: The Story of the World's Most Coveted Flower and the Extraordinary Passions it Aroused, Mike Dash.

Currently Reading: The Great Salad Oil Swindle, Norman C Miller. It took surprisingly long for the salad-oil swindler to stop relying on American Express to certify the existence of imaginary tanks of salad oil and just start forging warehouse receipts instead. Also, the collapse of the scandal happened in late November 1963, so there's this pretty gripping chapter that goes day-by-day about the big unravelling and part of it is the commodities people trying to work out what the flipping heck happened with this guy and his salad oil business only to hear on the news that Kennedy had been shot. Which, weirdly, gave them a little breathing room as this closed all the markets and maybe kept the salad-oil stuff from creating a run on more brokerages.