Is the holly that will be 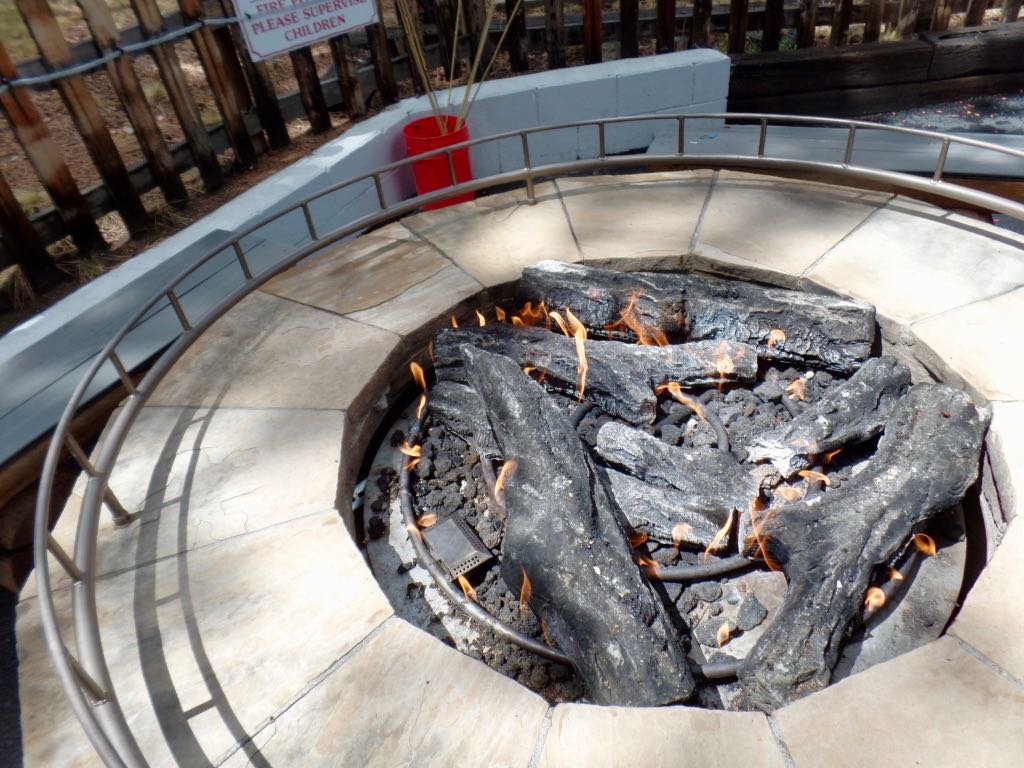 Fire pit: although it was June and nominally warm, Santa's Workshop kept some Christmas-appropriate decor going and honestly this was pretty nice to be near considering the cool and recent rain. 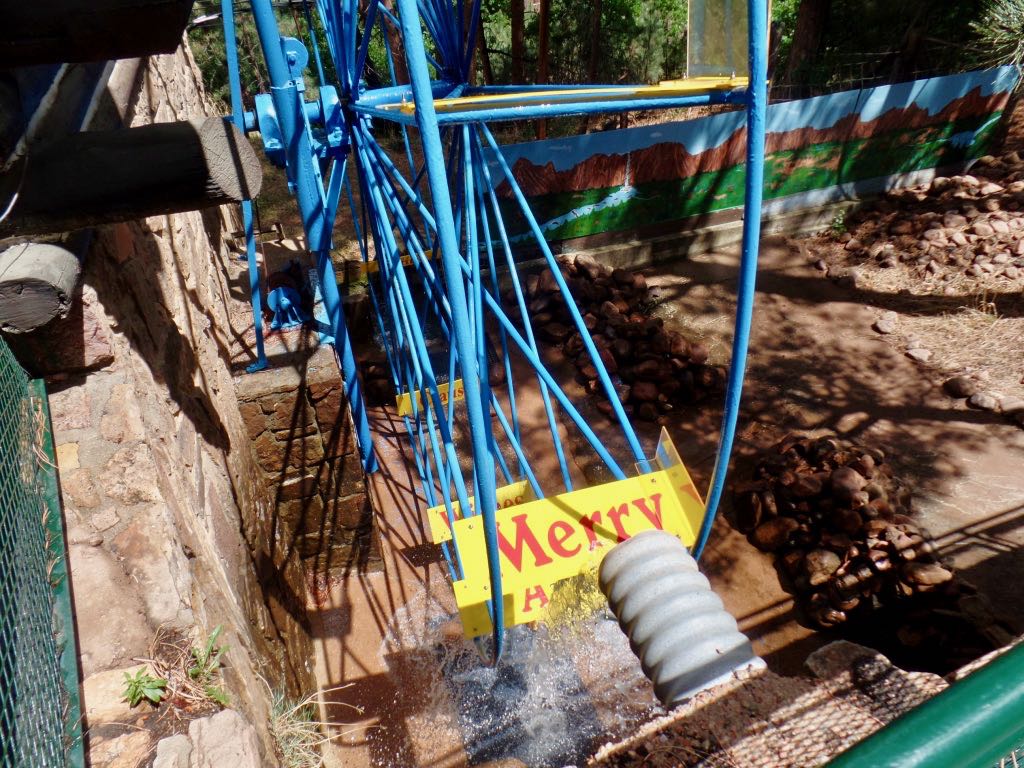 A kind-of-fake waterwheel next to one of the Christmas shops; the paddles on it read 'Santa Claus Wishes a Merry Christmas To All And To All A Good Night' and, on the other side, the same message but in red letters instead of green. 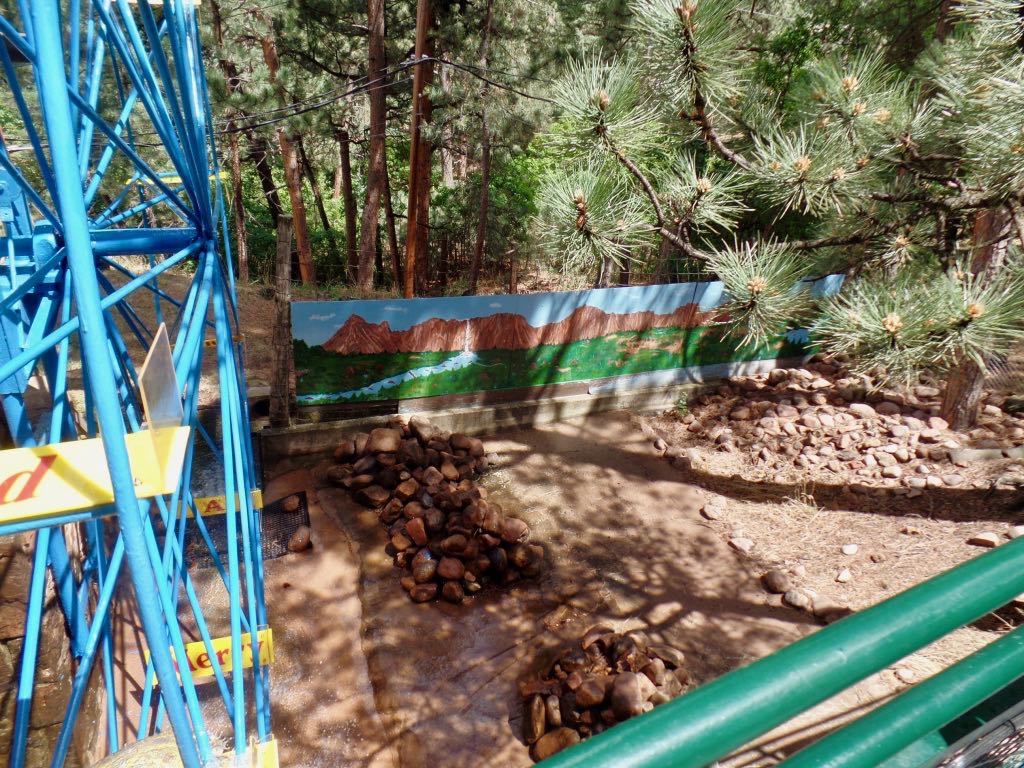 Little broader view of the side of the waterwheel, including a picture of a waterfall and stream that we'll just pretend leads to this, on the opposite side of where the water driving the wheel actually goes. 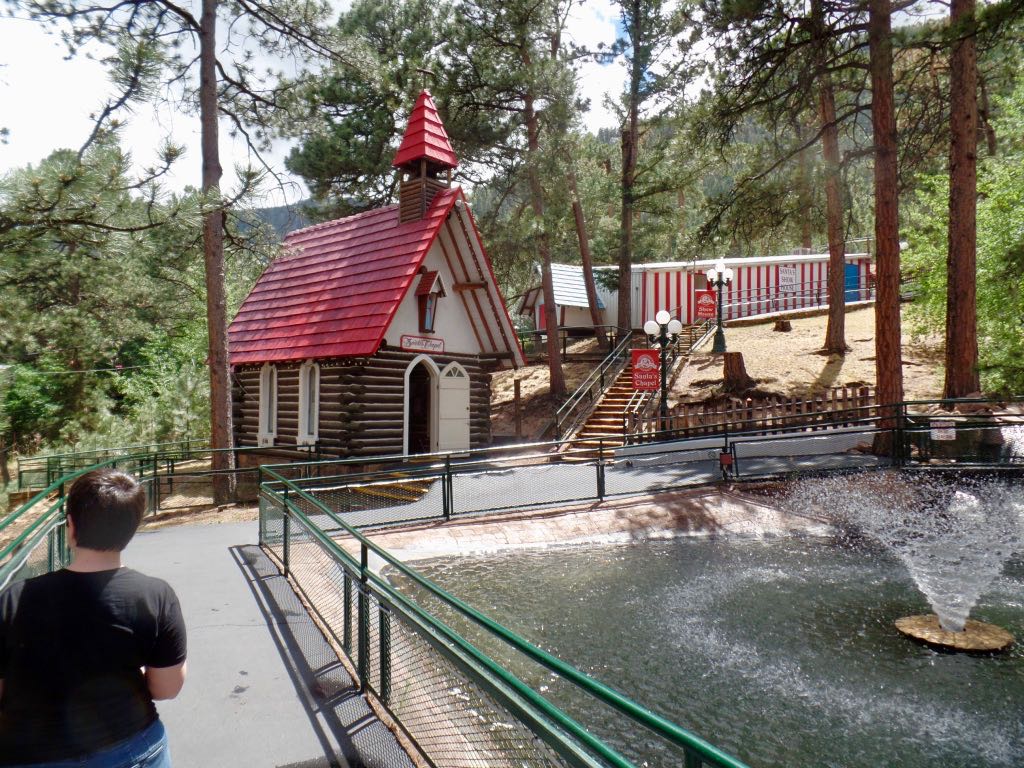 bunny_hugger admiring more scenery as we come upon Santa's Chapel. See again how this is a very hilly park. 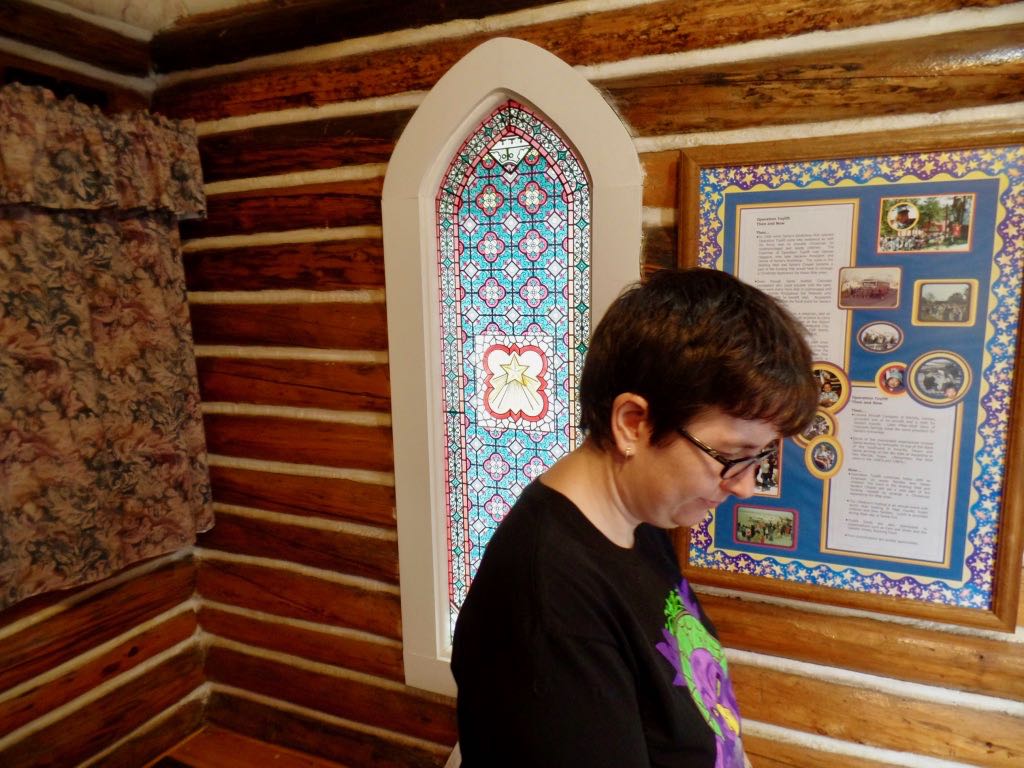 Looking around inside the Santa's Chapel, one of those tiny one-family structures that ... I'm not sure whether it happened to be on the grounds or was moved onto the park. It's another point of similarity to Story Book Land, in South Jersey, which has a similar tiny chapel. 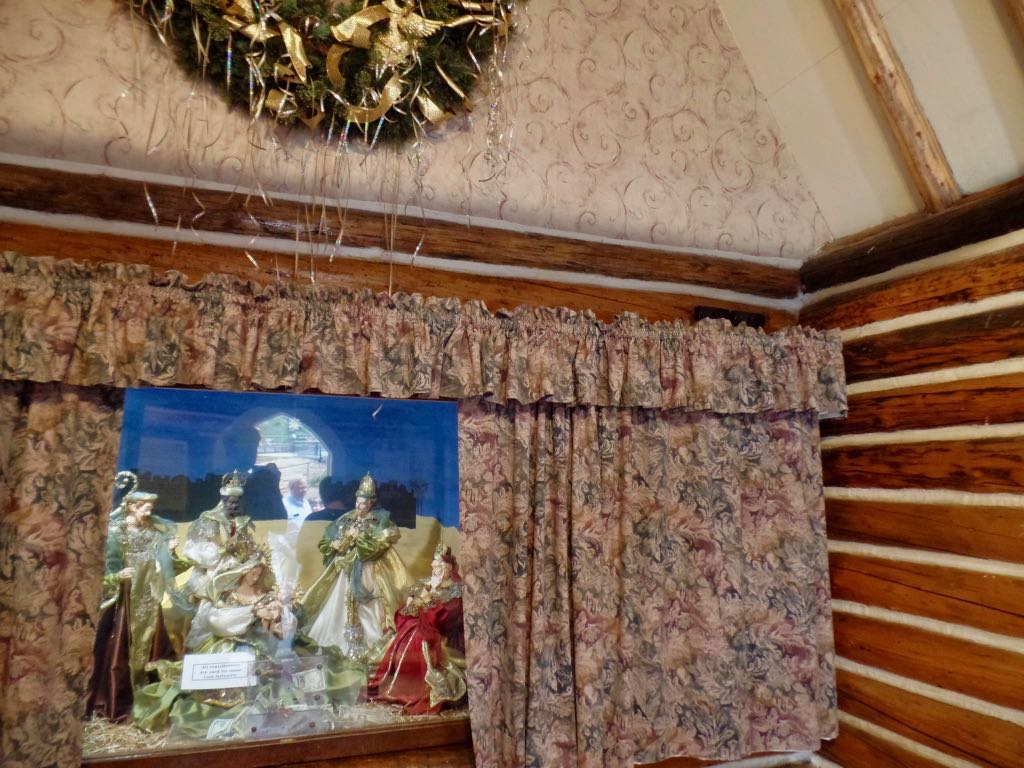 Nativity scene within Santa's Chapel, set behind a window that reflects the outside light and our own shadows which is why it looks like there's a Jack Kirby lightning bolt carrying a bald guy into the middle of this scene. 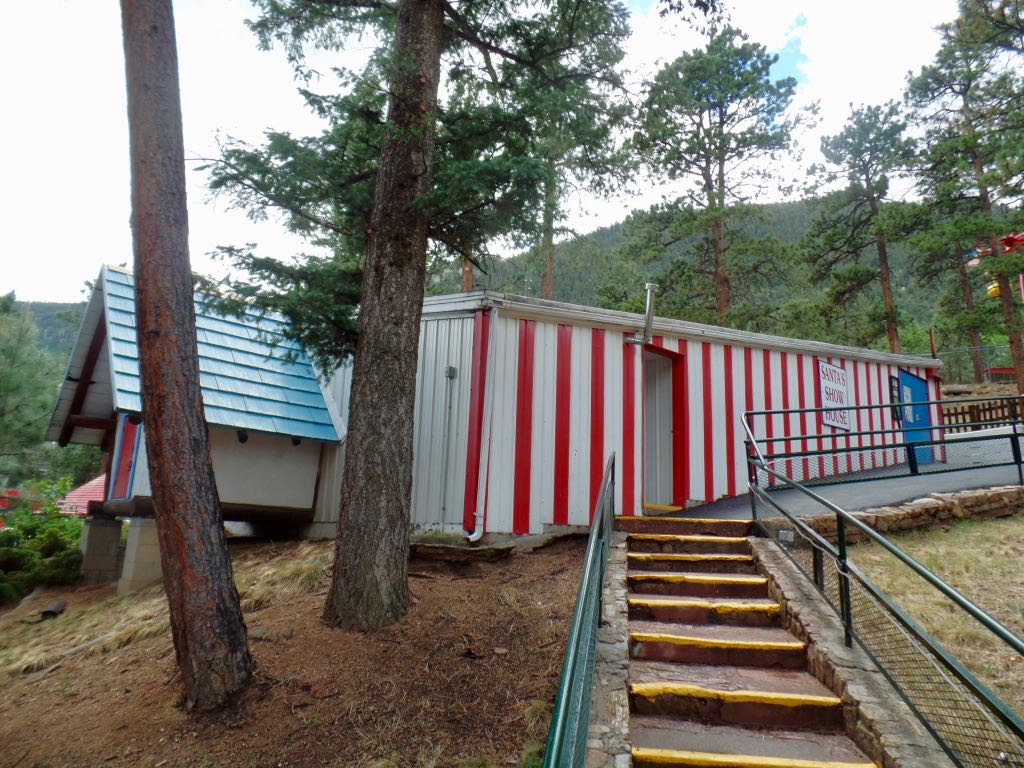 Looking up to the Santa's Show House, the little theater. I am very, very nervous about that door at the back of the backstage area. 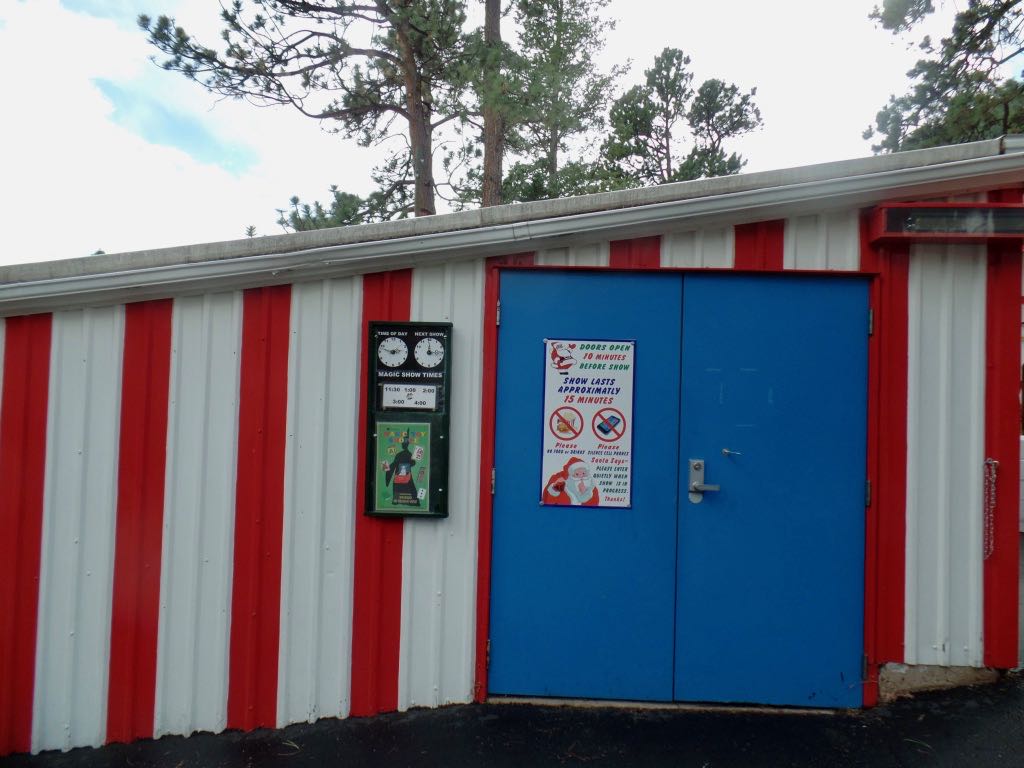 Schedule for the magic show, which was starting soon enough that we thought to give it a try. 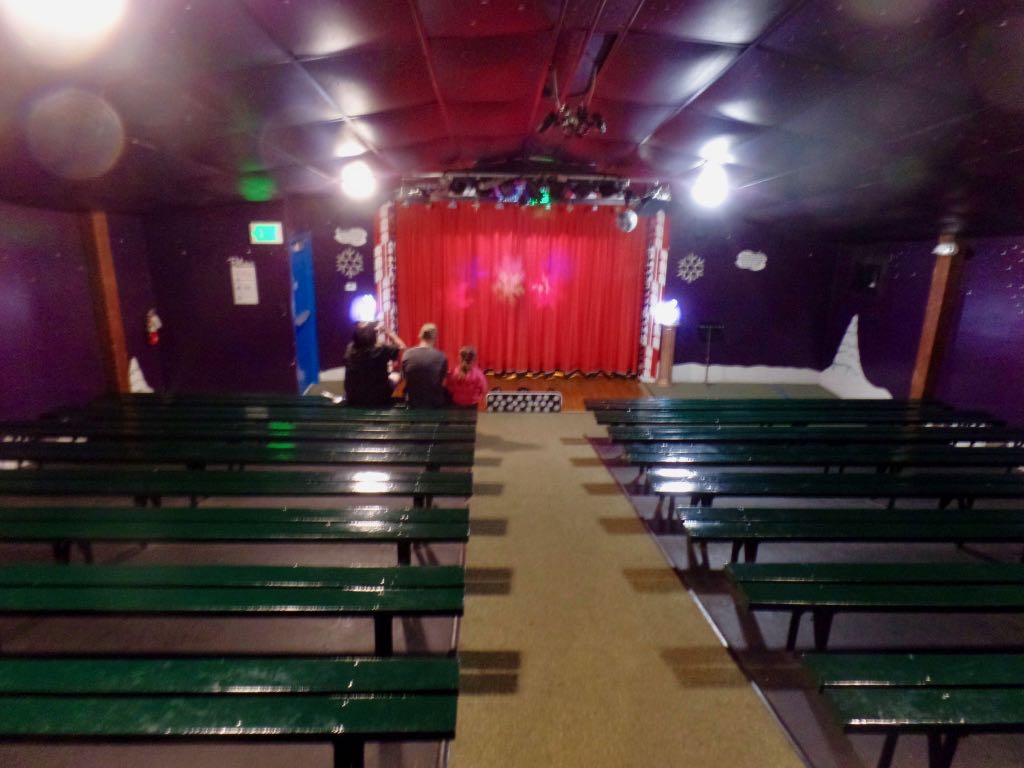 View of the theater from the back; the floor slopes down gently. The seats aren't anything too much, but they'd be fine for a 15-minute show. 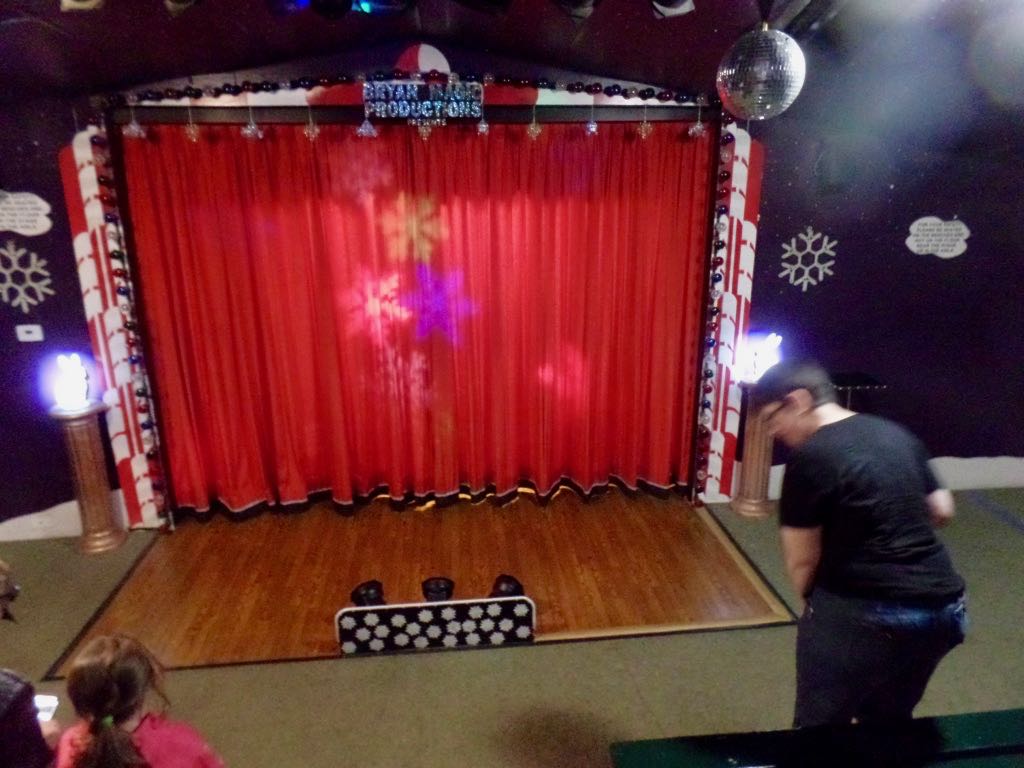 The stage, with its Bryan Magic Productions Presents sign that's glittery letters on cardboard, part of the small scale and very homemade look to the place. 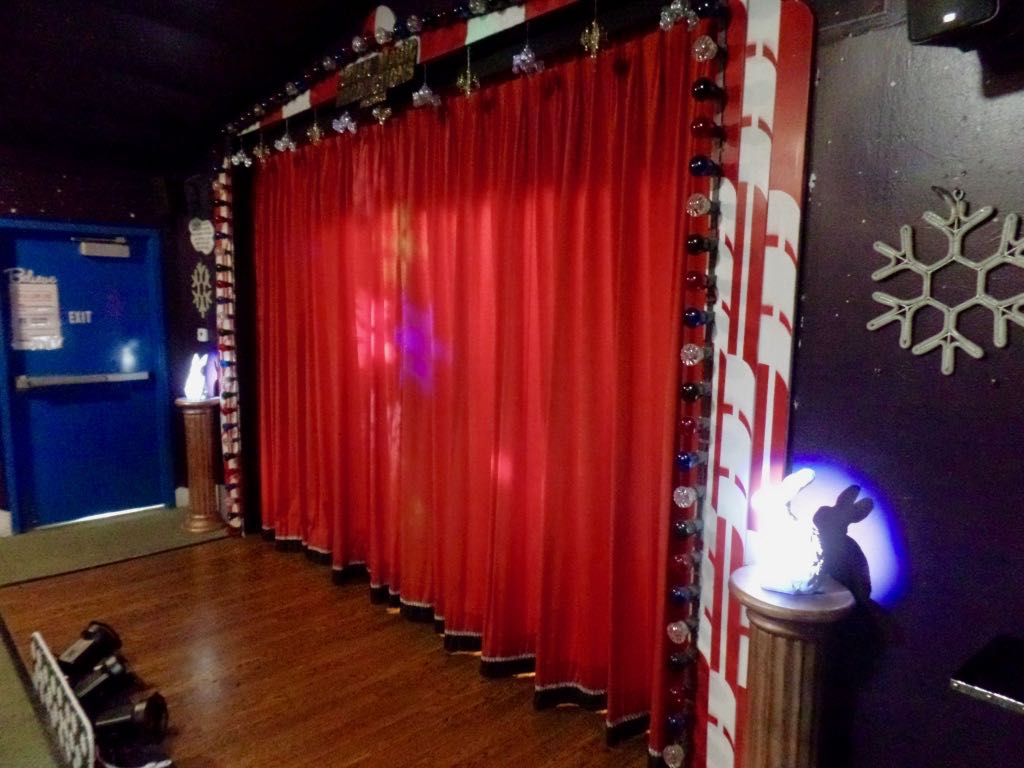 Rabbits on columns flank the stage. 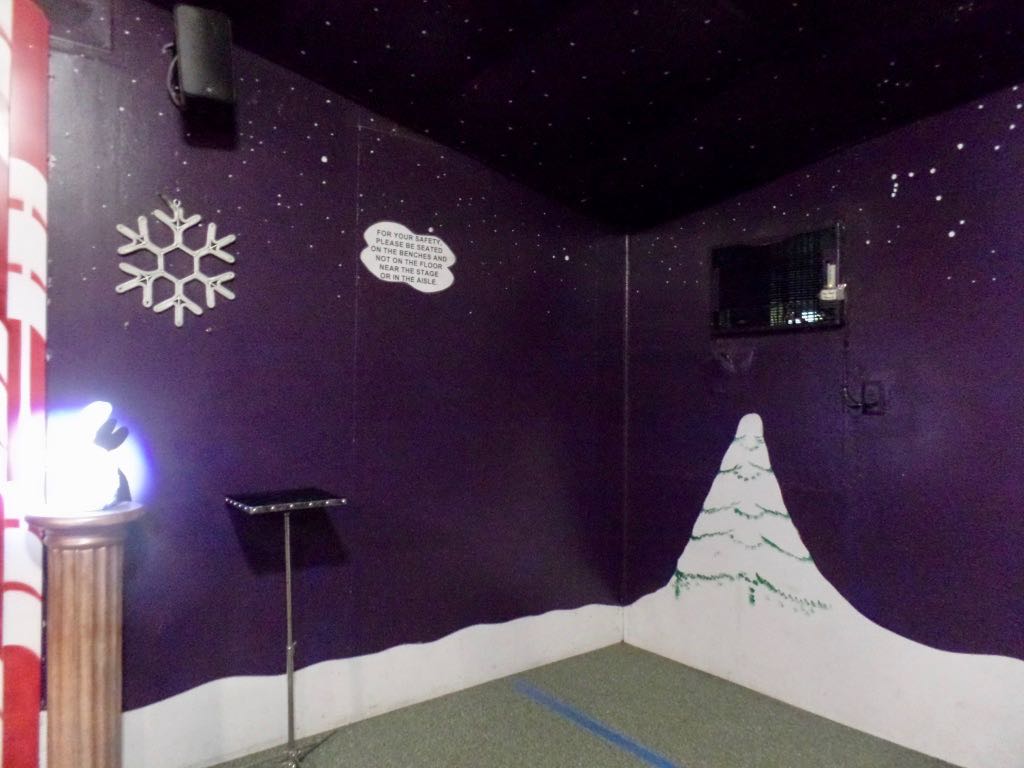 And a look into the corner, with a small cloud asking people to not sit on the floor too near the stage, or in the aisle. Thanks.

Trivia: The United States's 1860 census estimated the average circulation for quarterlies as 3,700; monthlies as 12,000; and weeklies, including newspapers, as 2,400. Source: Advertising and the Transformation of American Society, 1865 - 1920, James D Norris.

Currently Reading: What Is Mathematics, Really?, Reuben Hersh. A bit of philosophy-of-mathematics since I had the idea maybe I should know something about my field of study.