A pair of hopalong boots

It's been a week on my humor blog ripped from the headlines. Or almost. At least it's ripped from real life. Here's the various goings-on:

Now back to Santa's Workshop. Here with some more focus on the reindeer carousel that, it turns out, missed the one thing I most wanted to have documented. This figures. A look at the carousel in full, along with the canopy that's got a southwest motif. 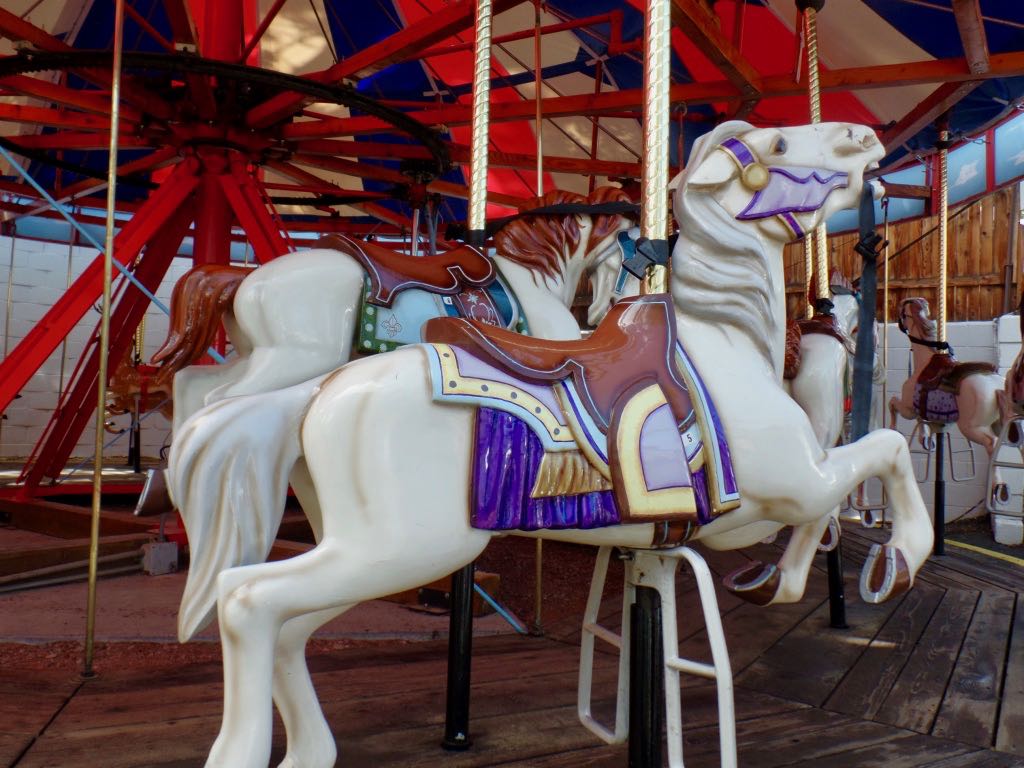 One of the more-traditional horses that fill out the carousel, once the reindeer are out of the way. 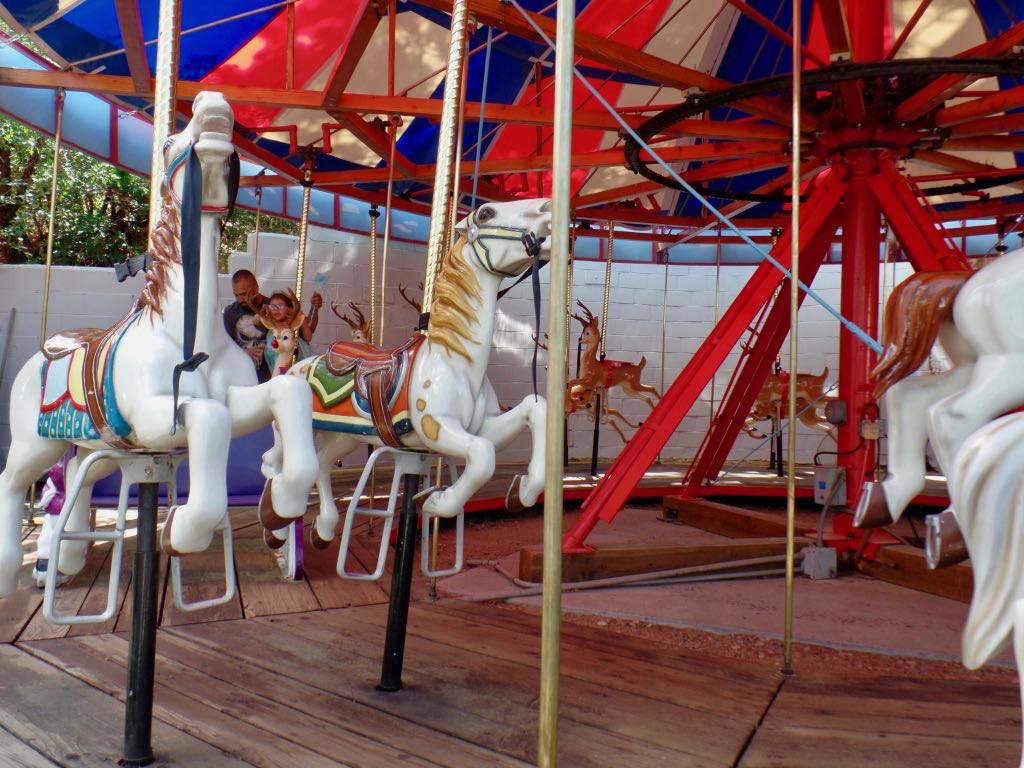 And other horses on the carousel; the reindeer, you can see, are on the far side of things. 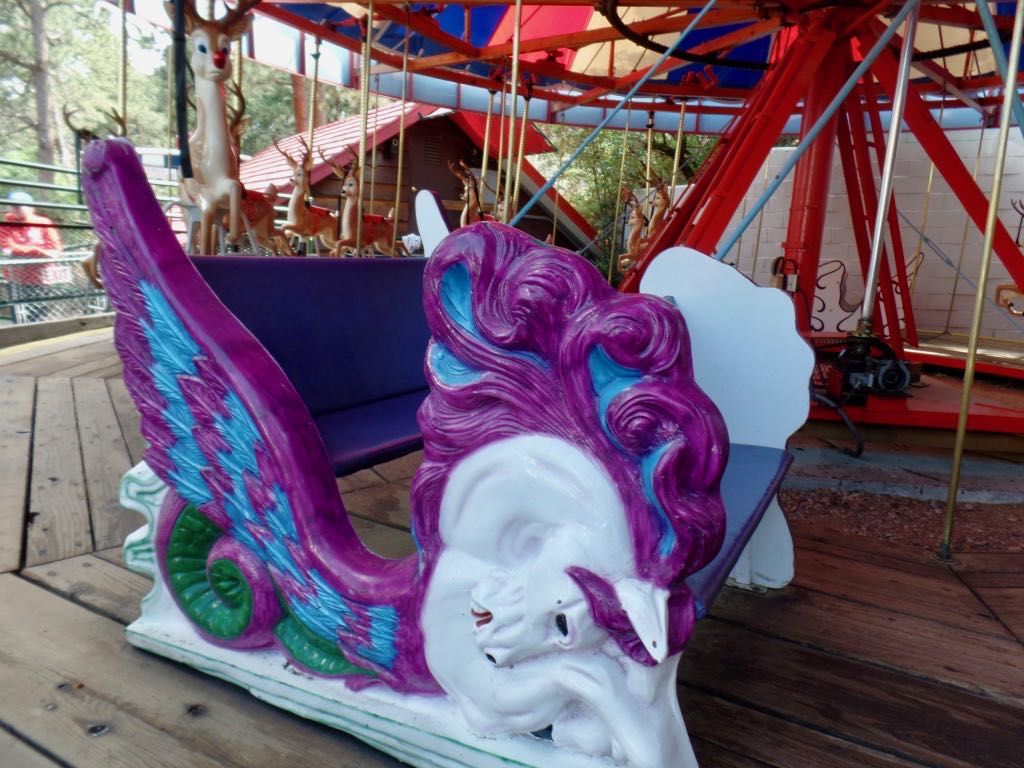 The chariot on the Santa's Reindeer carousel. I think it's a sea-horse curling back and forth over itself, but the color scheme makes it a bit hard to parse in a still photograph at this angle. 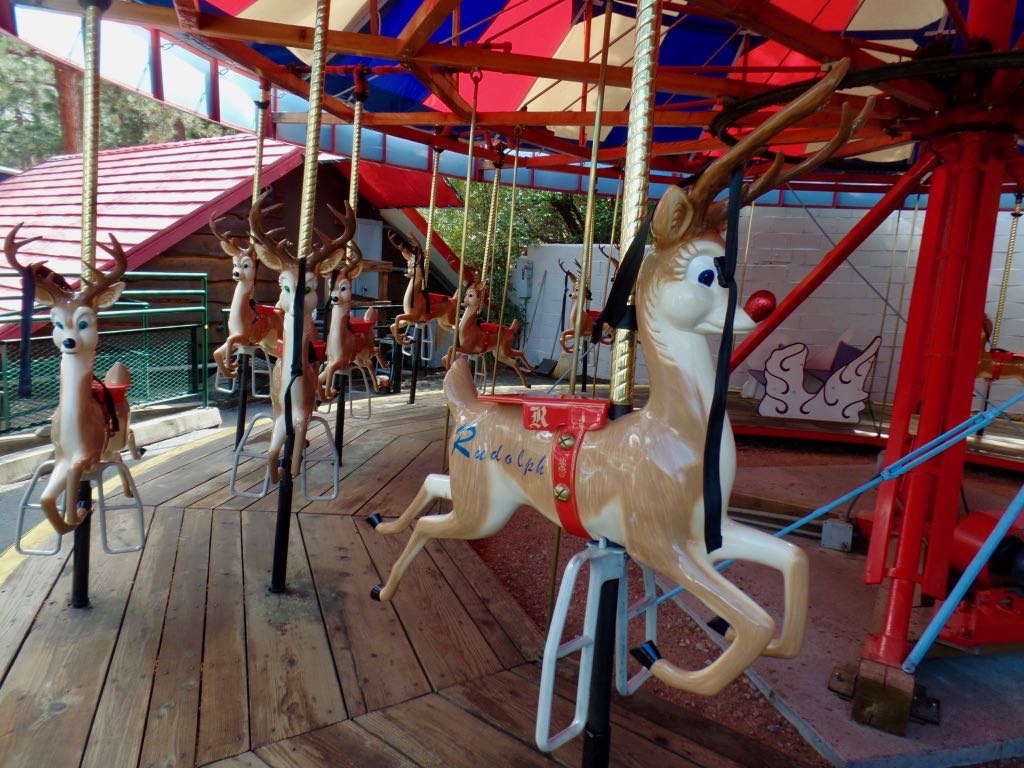 There's Rudolph, leading the way, with the quite bright nose. 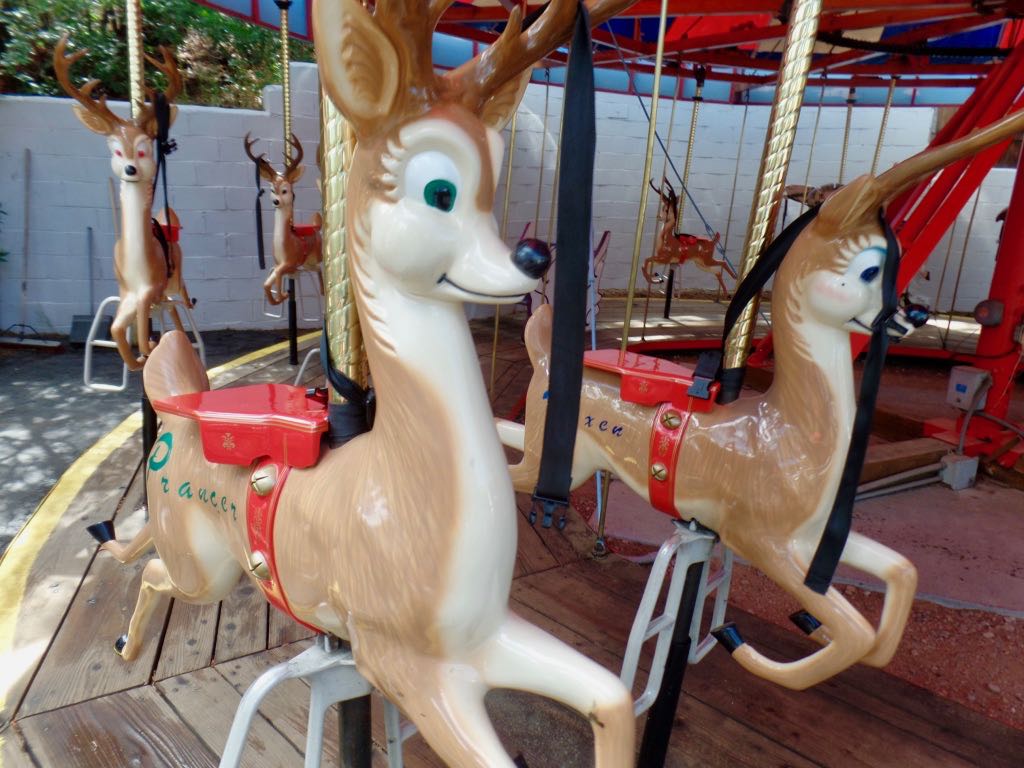 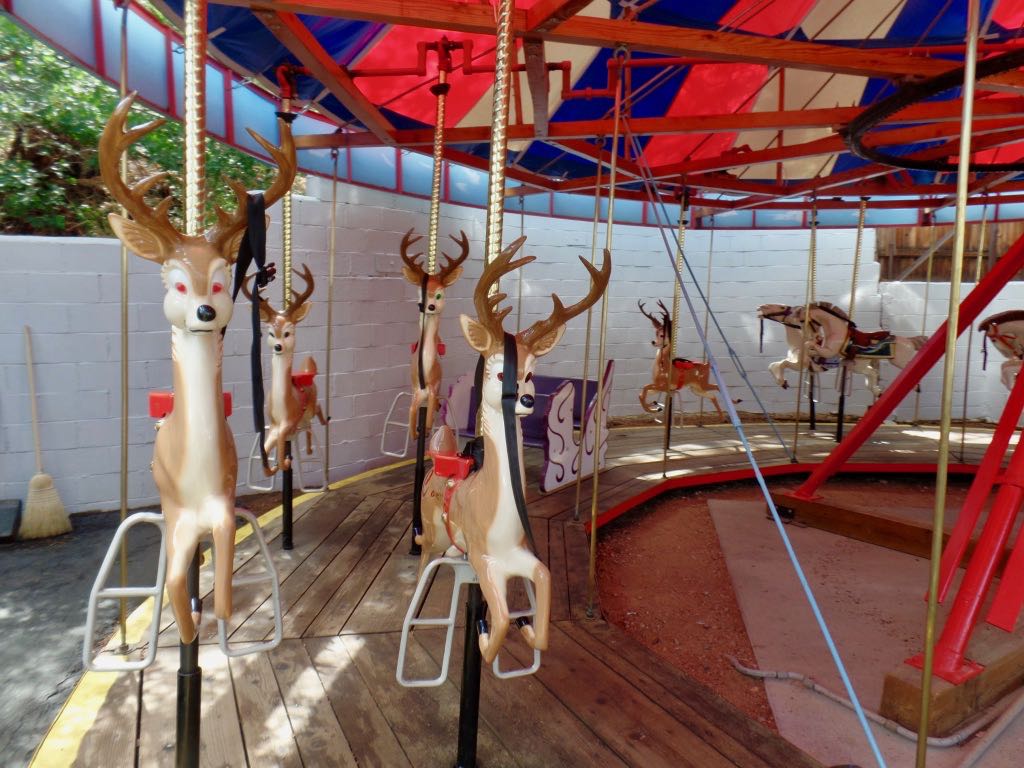 More of Santa's Reindeer. Behind the chariot you can see a lone reindeer, one that's not Rudolph. 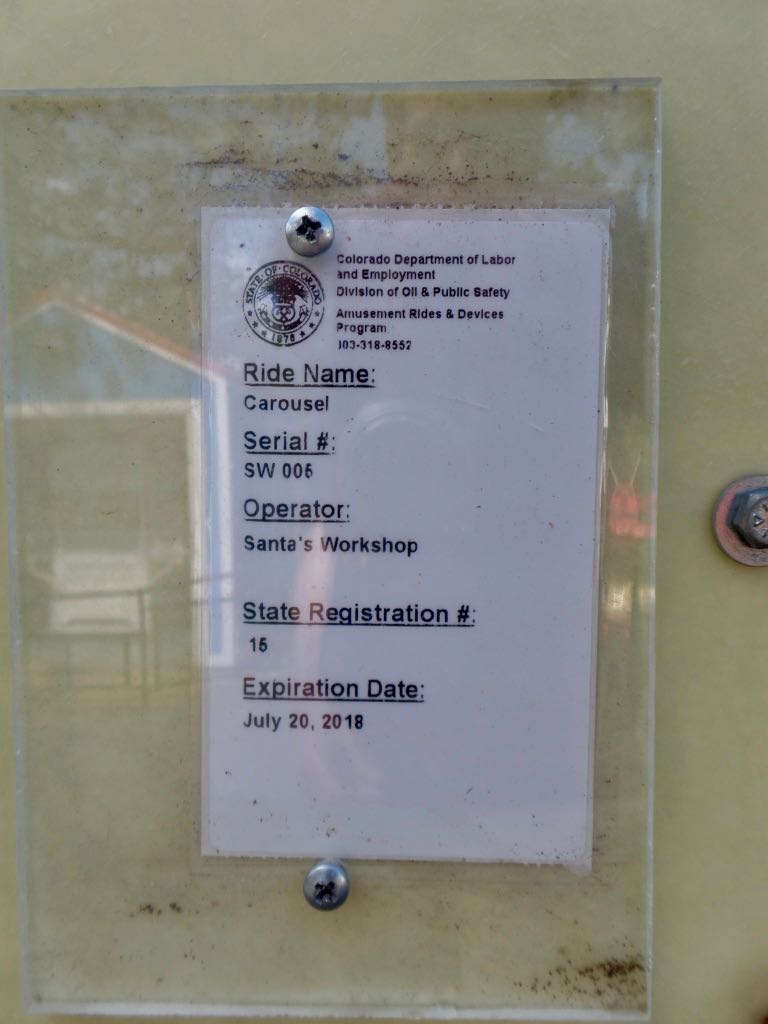 More for my paperwork and bureaucracy interests: the inspection certificate for the carousel. 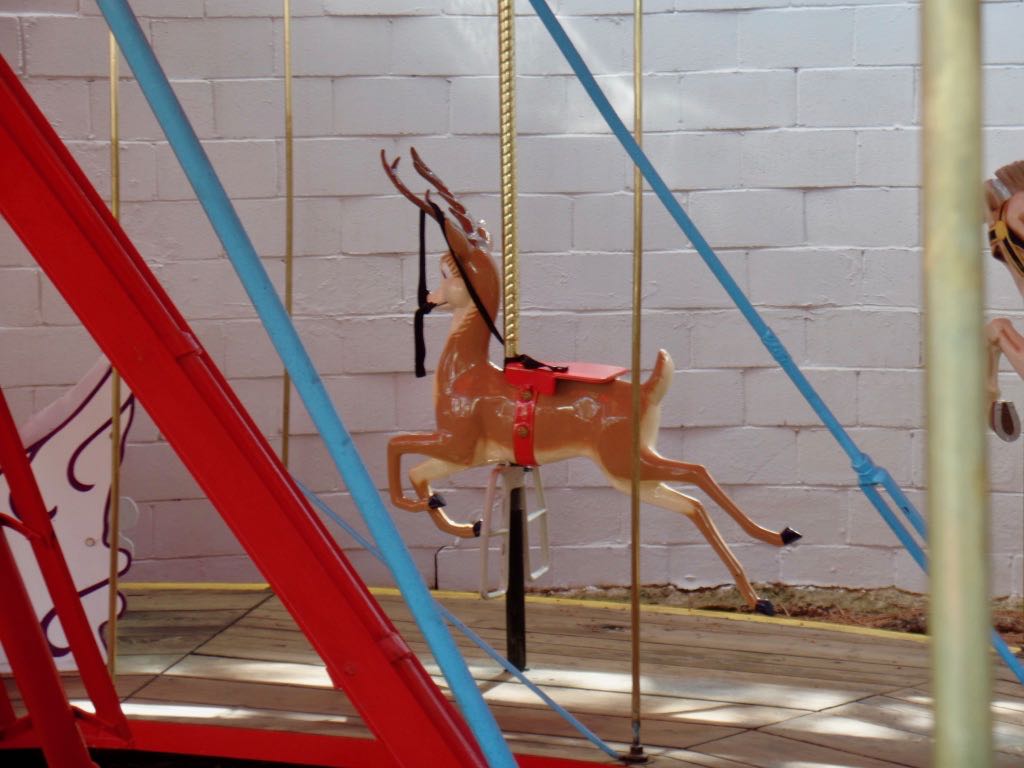 And the tenth reindeer. Obviously it's meant as a partner to Rudolph but set on its own. And I failed to get a picture with the reindeer's name; apparently I just trusted somehow that it would be visible on the non-romance side. Note the seat belt dangling over the antlers; buckling up people --- and putting the seat belts like this when the ride was done --- did much to make the ride slower and leave me un-willing to wait for another ride cycle and maybe a view of the other side. 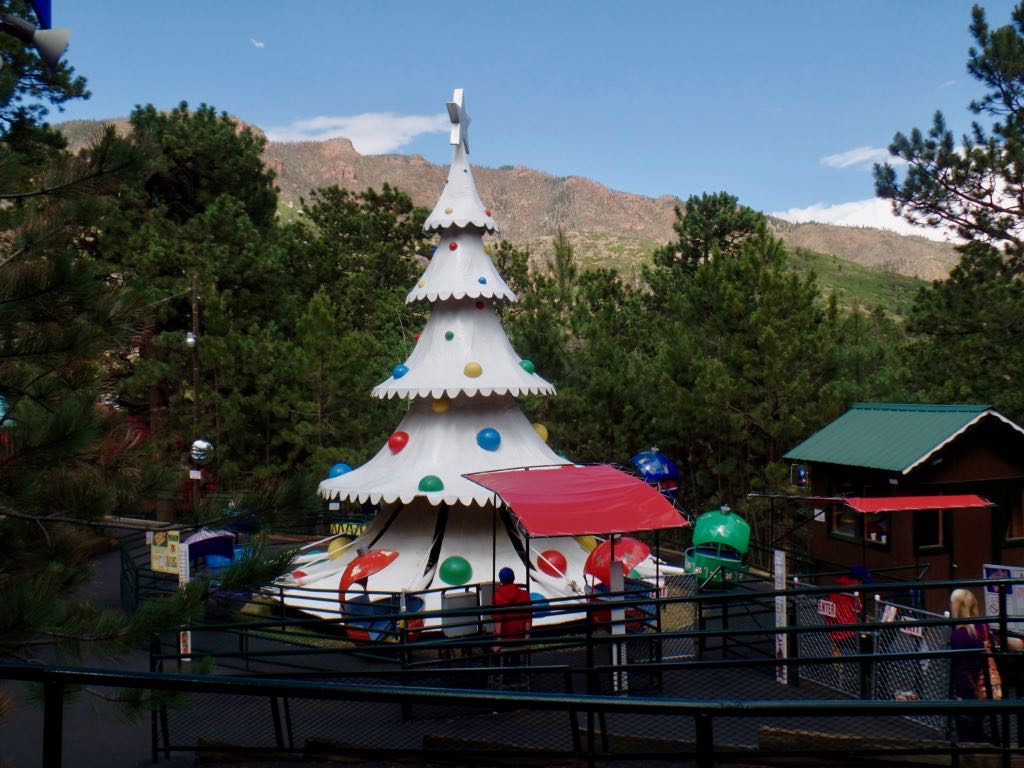 All right, then. A look over at the Christmas Tree Ride. 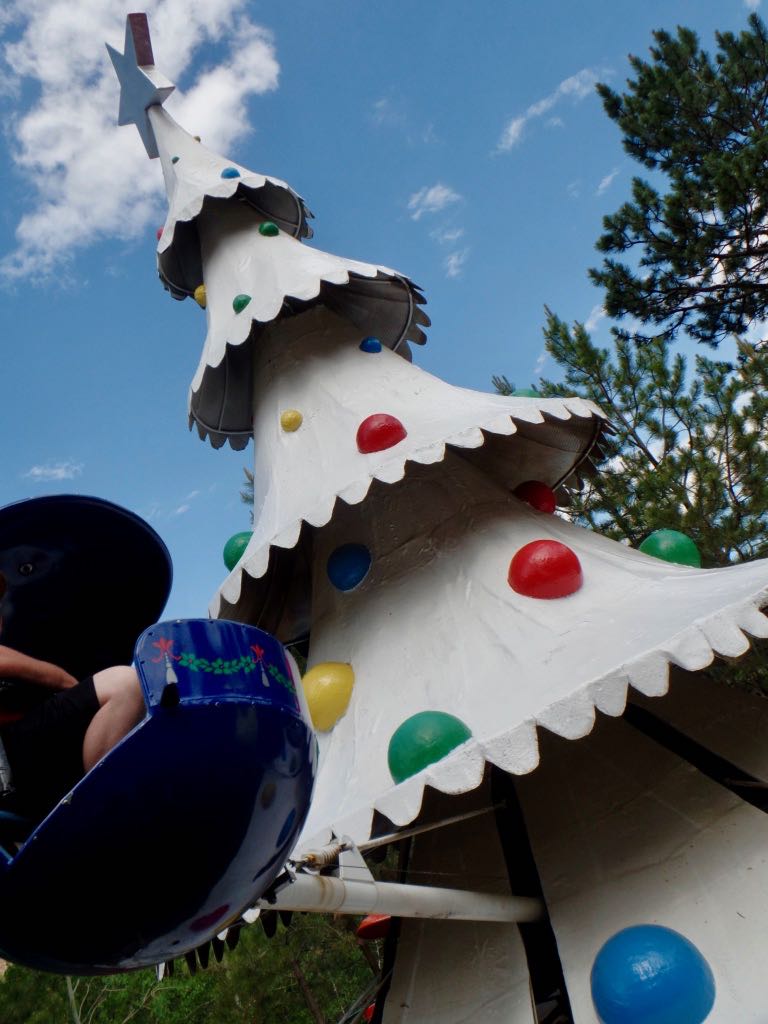 Now I get at some interesting angles of the Christmas Tree Ride. 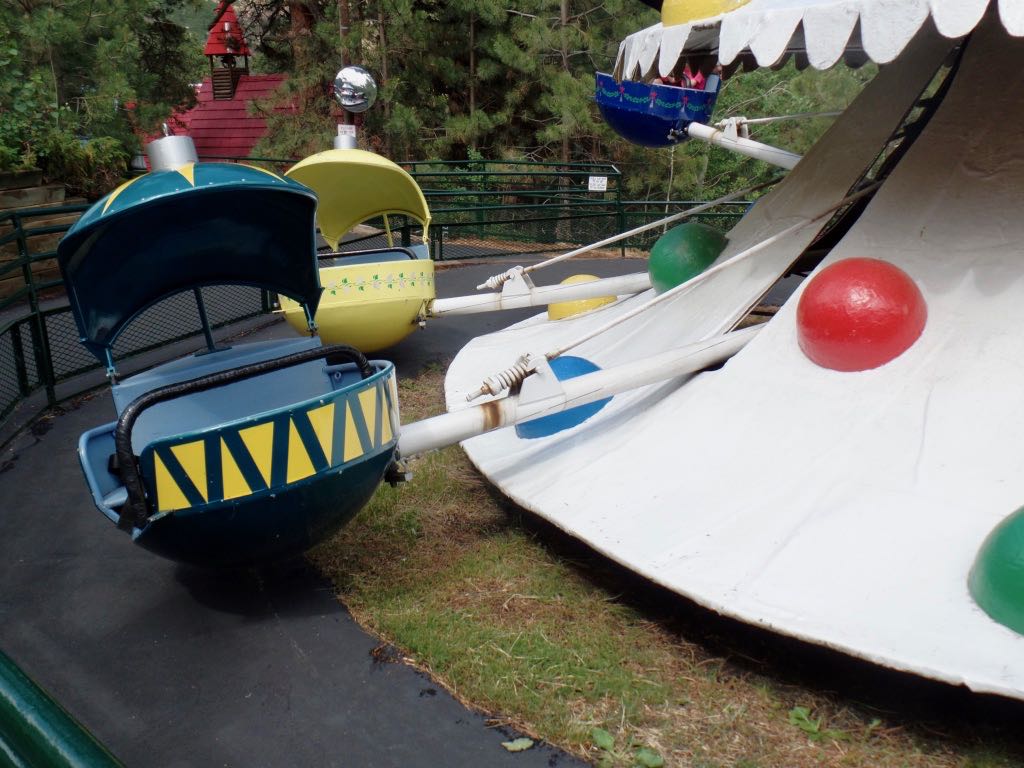 And here's a look at the cars for the Christmas Tree Ride.

Currently Reading: Fontaine Fox's Toonerville Trolley, Editors Herb Galewitz, Don Winslow. Collection of panels of the well-regarded, yet now forgotten, comic strip about a rickety and very scratchy trolley line. This is a book, from 1972, that I kept looking at in this one used book store when I was in grad school, never quite feeling like I should spare my precious money to buy it now. So this year when I was back in New Jersey and saw it ... yeah, I can spare ten bucks now easily and scratch an ancient itch.

PS: Reading the Comics, February 14, 2020: Simple Edition, which has a bit I like about it because I thought about why we simplify algebraic expressions.