To the church we'll swiftly steal

This past was a warm weekend. Sunday, as the temperature poked into the low 90s, we braved the melting snows to go to the Mount Hope Cemetery. This is one of the older cemeteries in Lansing --- itself made by relocating bodies from an older graveyard --- and many Lansing-area notables were buried in it. I'd never been there before, even though it's not even a mile from our house, and has among other things the Ransom E Olds mausoleum.

What got us out there was letterboxing. New boxes have appeared in the area since

bunny_hugger was last seriously active. In the Mount Hope cemetery someone had planted a letterbox sequence. This is a string of boxes, each with a rubber stamp and one, final, one with its own logbook. Graveyards are great spots for letterboxes, since they're often places with some historically noteworthy figure, plus many good spots to hide small boxes and the seclusion to let people go messing with them.

This sequence was dedicated to the Game of Thrones characters. So, not really a particular Lansing connection. The R E Olds Mausoleum is one of the landmarks, important to finding some of the stamps. But the boxes are based on, mostly, finding graves with some name that I guess is tied to the TV series somewhere and using that as landmark. It's still a good chance to get out and explore some of the landscape.

Also, it let us discover there's one road closed off. From the looks of things, closed off every winter. Lansing is not noteworthy for its great hills, but this is a pretty good-sized one. It commands a great view of the River Trail and the Sycamore Creek (which feeds into the Red Cedar River). It also looks precariously steep; with a bit of snow on the ground it's probably quite challenging for cars. Of course two of the stamps were along this path, and we had to hike it on foot rather than take the instructions-assumed car default.

Still: we found all the stamps, eleven in all, none missing. And our stamps just filled the final page in the log book. Eleven is a single-day find record for us both, although it's not like these were independent boxes, nor as though any of them were hard to find. We only had one false start where the directions got ambiguous about what path to drive. And,

bunny_hugger worked out, this brought her over her 150th letterboxing stamp found, a minor milestone.

Trivia: Two ships of United Fruit's ``Great White Fleet'' were among the seven bringing troops to the Bay of Pigs invasion. Source: Bananas: How The United Fruit Company Shaped The World, Peter Chapman.

Currently Reading: Fluke: The Math and Myth of Coincidence, Joseph Mazur. Because a little pop math is nice cozy easy reading, is why. 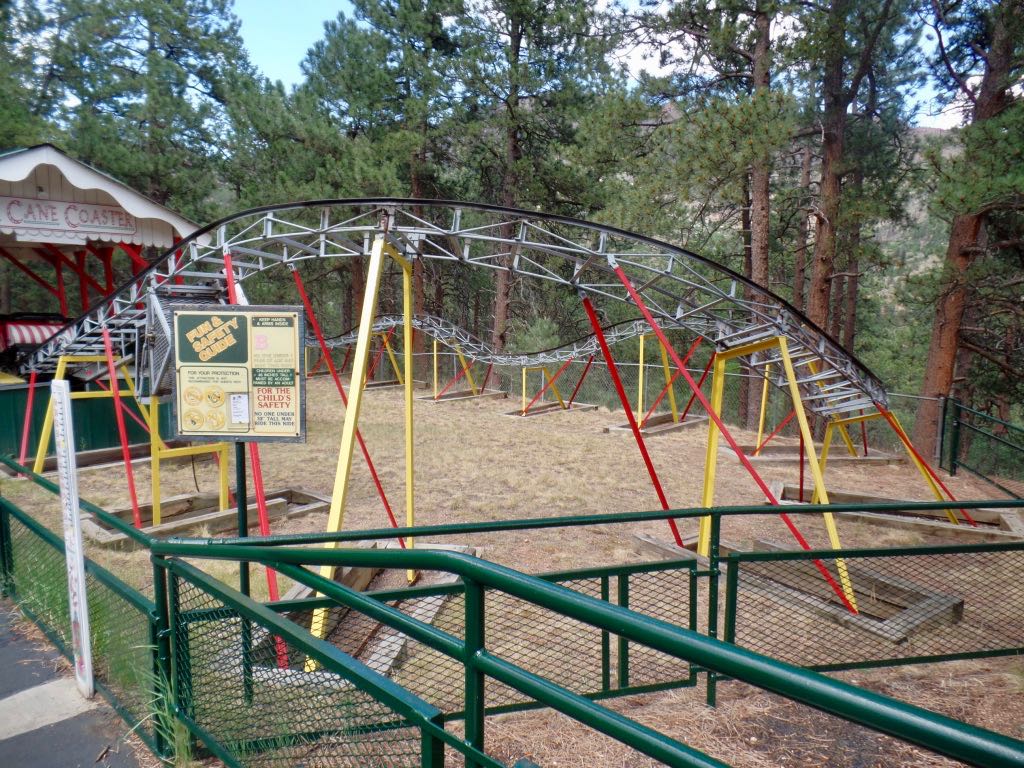 Santa's Workshop does have a roller coaster ... and here it is! 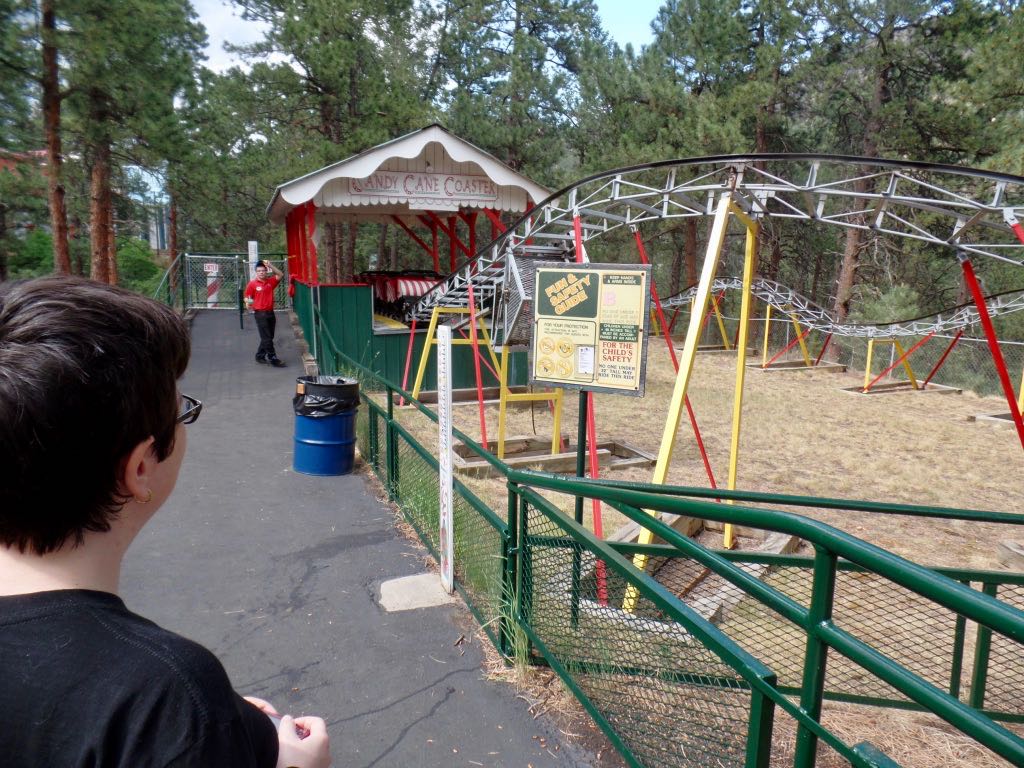 As we approached the Candy Cane Coaster a ride operator came over. He allowed that we could ride it, even without a child, if we thought that was what we really wanted to do. We've ridden things rougher on the knees. 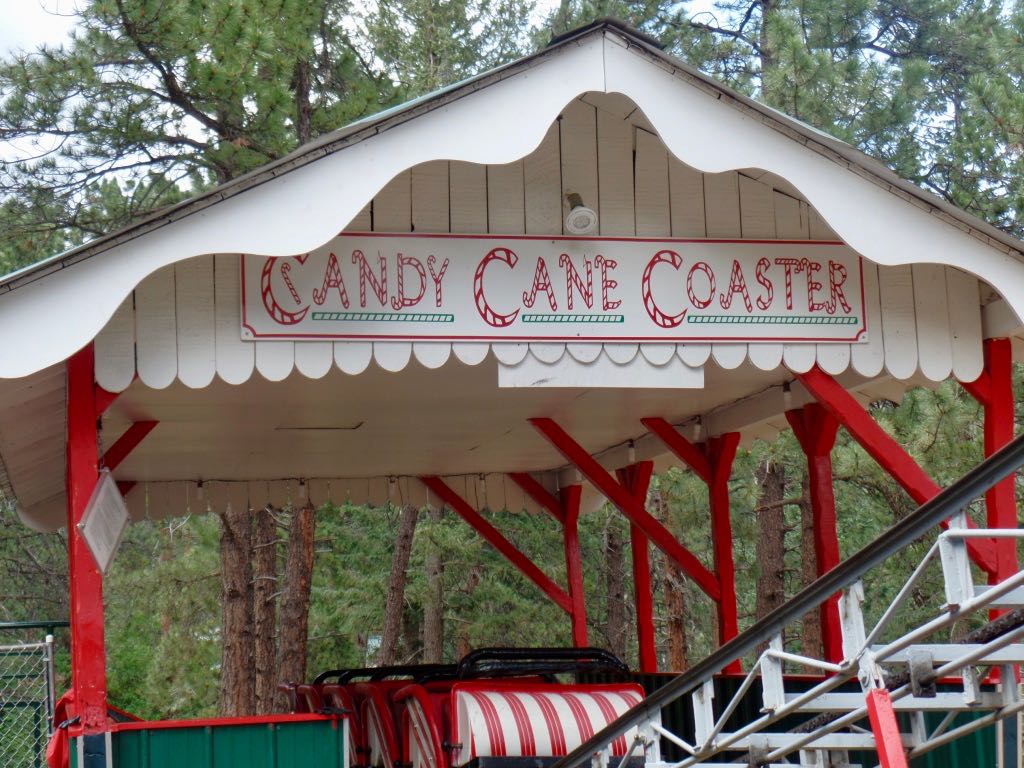 And here's the Candy Cane Coaster station, with its striped logo and, as you can see, cars.