The people that you meet each day

We may be losing our neighbors. Not the ones in the brown house that's been a succession of noisy, or excessive-pot-smoking, or sloppy, renters in an unlicensed house for years now. We think that house is empty, except sometimes someone comes by and leaves the kitchen light on all night. Anyway things are quiet and they shovel the walks, and don't leave trash in the yard, so we regard that house as just fine, thanks. No; the problem is the other neighbors, in the small white house to the north.

These ones, the family that we had thought were Mormons, have been around a couple years. And it's been mostly good. The wife's brother has a habit of standing outside and hollering on his cell phone, and for a good while kept trying to arrange for his girlfriend to get a ride with

bunny_hugger down here for a visit and that never panned out. Plus there was the time they asked us if we had the spare refrigerator space to hold some tubes of meat, and they tried to give us the tubes of meat as thanks for storing it.

But the brother told

bunny_hugger the other day that their lease was up the 1st of March, and that, like, one of their mothers needed someone living with her full-time and so they all were just ... you know, moving on. He said we've been great neighbors, though, and he was going to ``put a word in'' with the landlord that he needs to find good new renters. Which is a nice thought, but ... well, actually, we haven't had a bad set of renters there since I moved in. But before I did, there was one renter who was there and attracted a crowd bad enough that

bunny_hugger is still traumatized by it. Bad enough that some of the renters in the now-troublesome house, honestly, would not have bothered her if not for the stress of the old house.

So we're in the last half-week of neighbors on the side of the house we see more, who've been mostly quite good people to have around. ... Maybe. It's easy to see in their side windows from our house and what we can see does not look like a place that's a half-week away from being emptied. And the brother is ... well-meaning, we think, but also kind of scattered. I can't imagine how he would get ``we're moving out by this weekend'' wrong, but he's also one of the few people I could imagine getting that story wrong. And honestly hope he has; while it'd be all right to have the house vacant for a while, that's not really a good long-term thing, and a new set of renters is always a risk.

Trivia: About half the world's acetyline production is used to produce more organic chemicals. Source: The Genie in the Bottle, Joe Schwarcz.

PS: A revelation at Santa's Workshop! 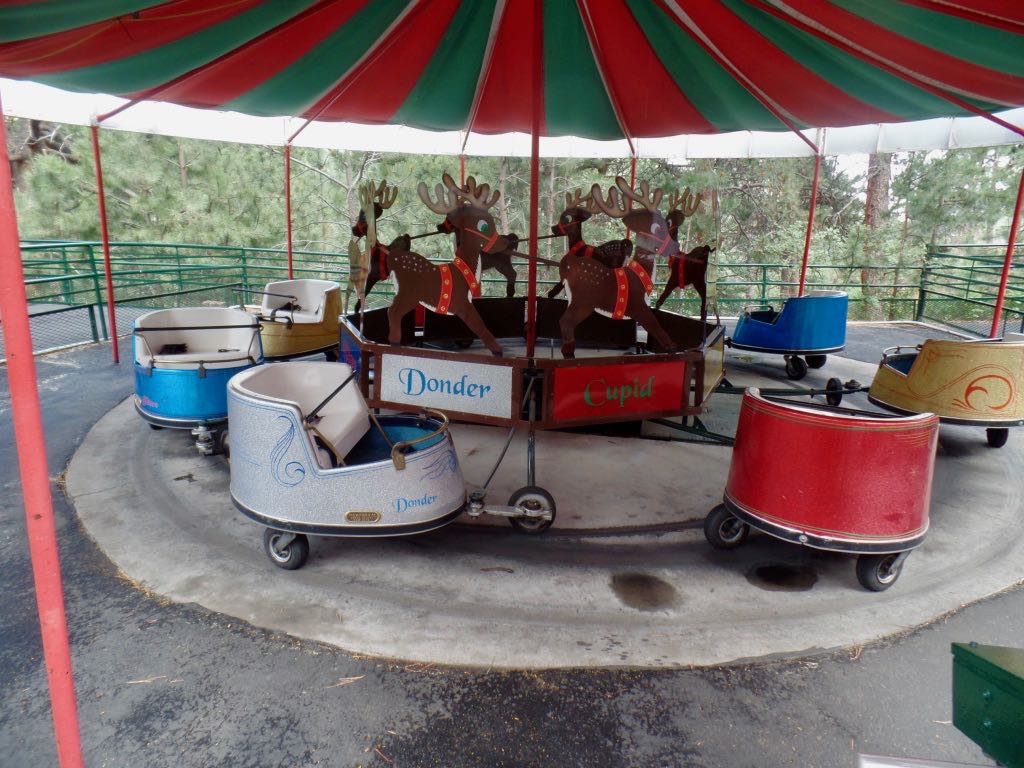 Junior Whip ride --- they don't have the full-size --- that's got the reindeer as central figure again. 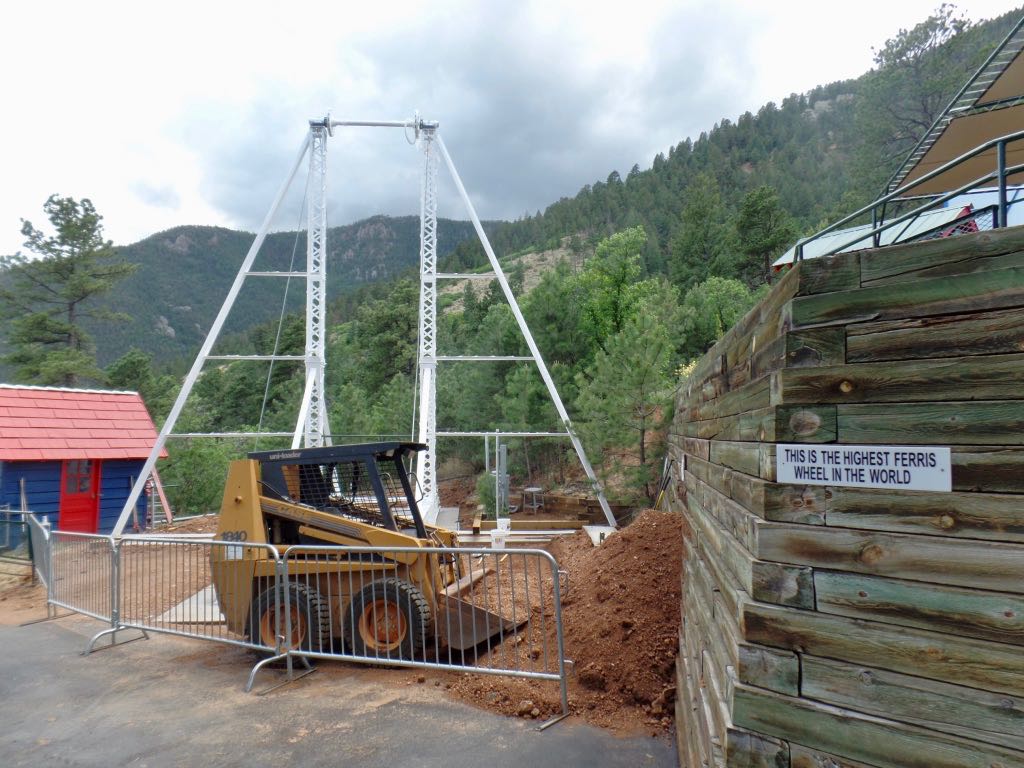 A-ha! So this is the ride we were looking down on a couple days ago. It claims to be the highest Ferris Wheel in the world and .. you know, maybe so; Cascade, Colorado, is about 7400 feet above sea level. 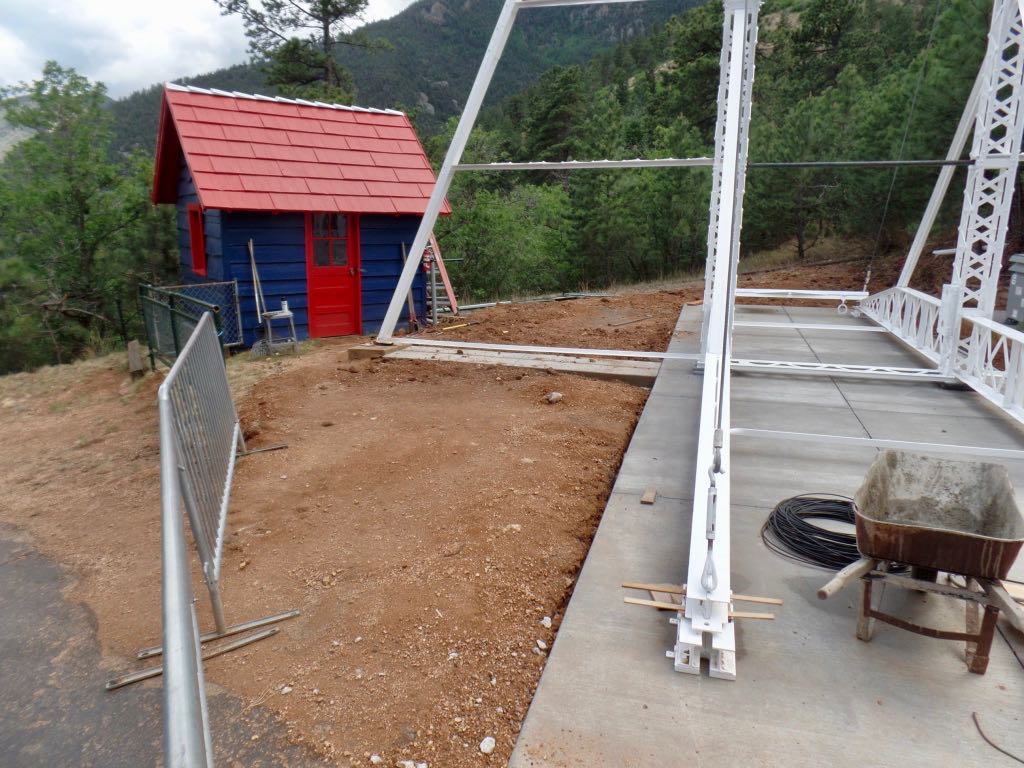 Unfortunately, obviously, it's undergoing some kind of renovation. If it weren't I might have pressed to ride it, even though

bunny_hugger isn't particularly fond of most Ferris wheels, just to have bragging rights about riding the Highest Ferris Wheel In The World.