bunny_hugger, and happy anniversary to us.

So I'm again caught up on events. Let's enjoy a bunch of pictures of Santa's Workshop, then. 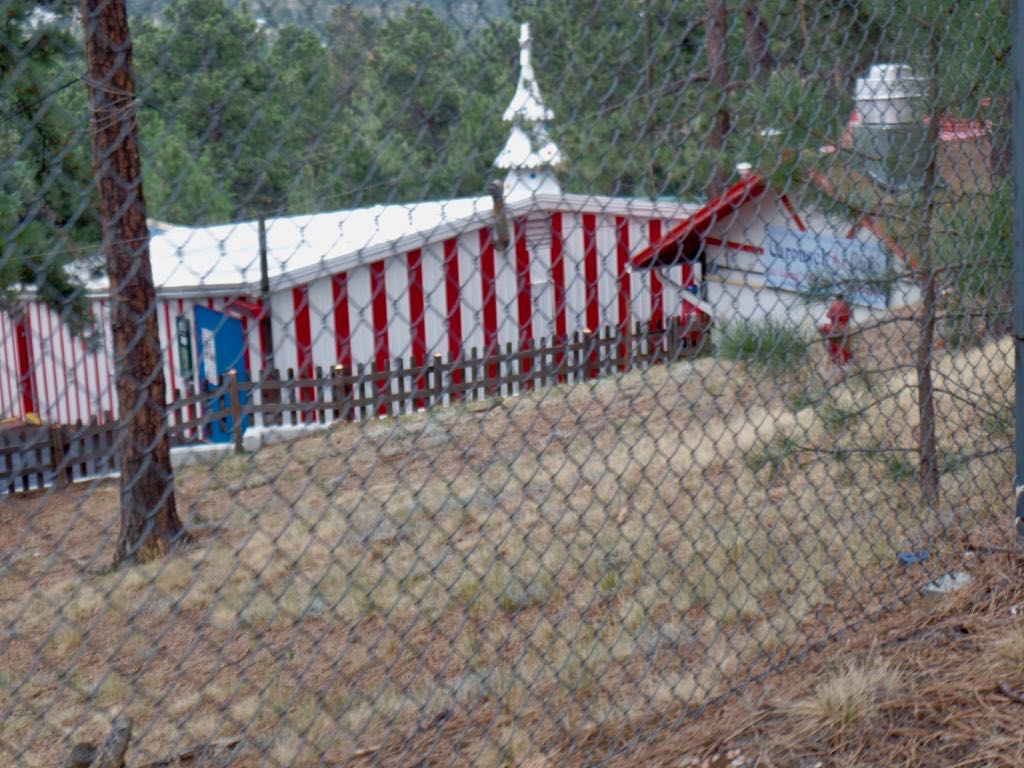 Riding along the train. It travels on a loop that's above most of the park; you can see we're looking appreciably down on the Christmas Tree Ride, for example. 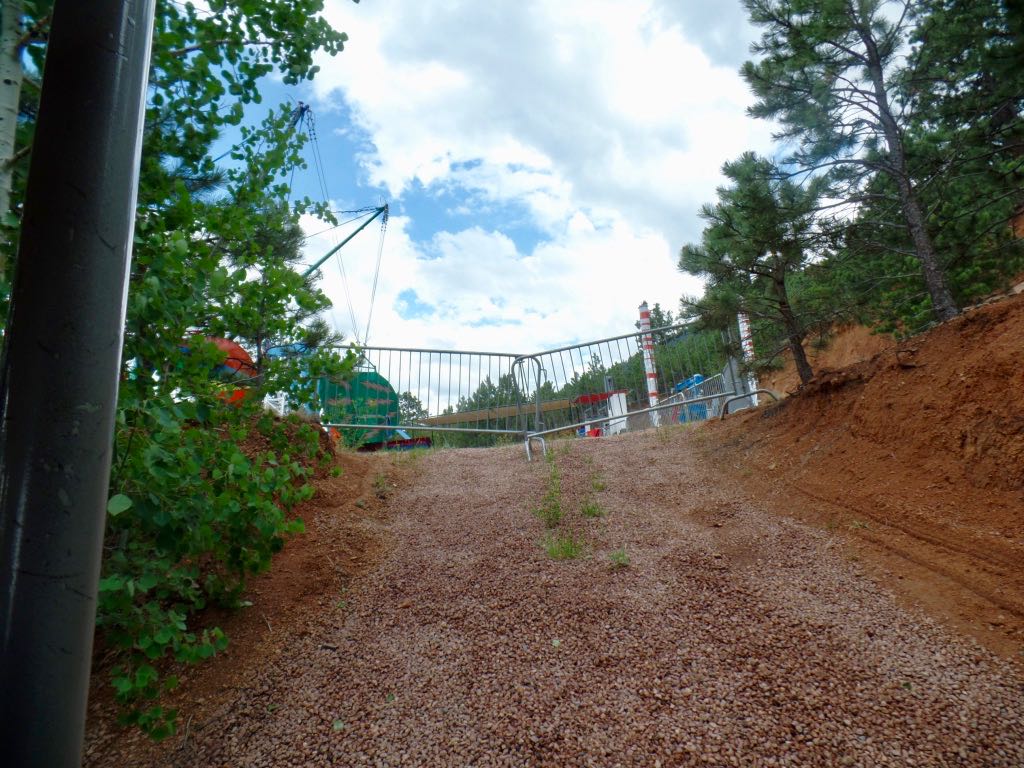 But there are some rides above it: see the flying scooters and the other end of the zip line. 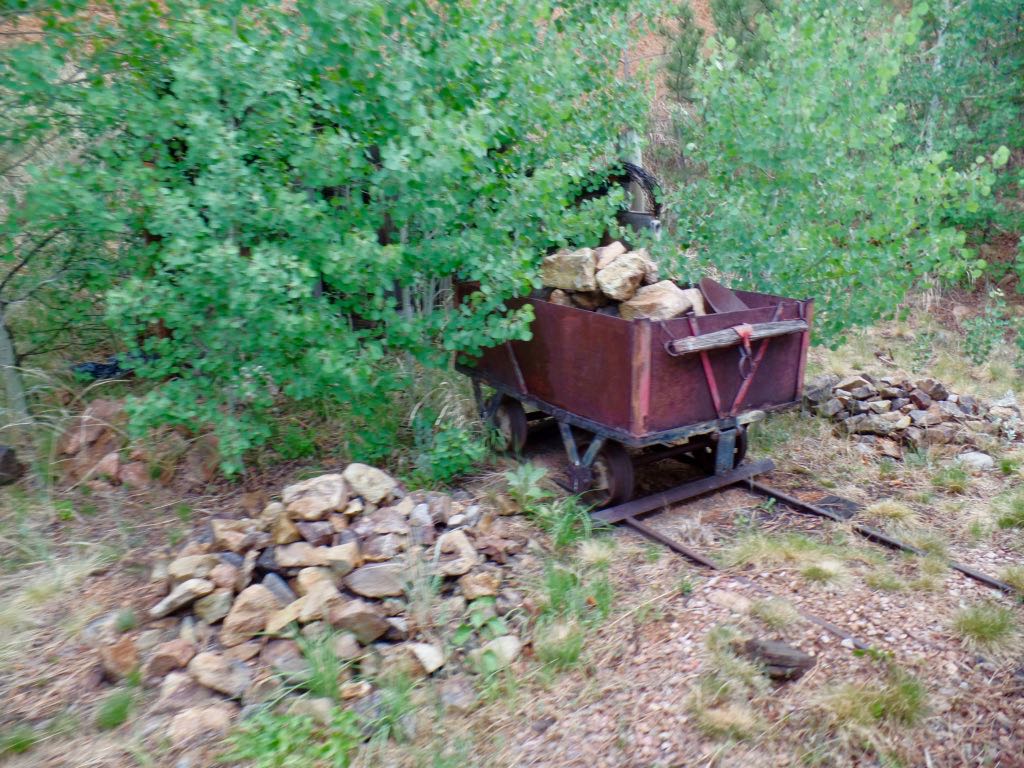 The train runs past some scenery that's Western Mine themed, and the conductor gives a little spiel about the miners who used to work the place and this was the first time I've noticed that sort of talk from a place where Old West miners could plausibly have been. 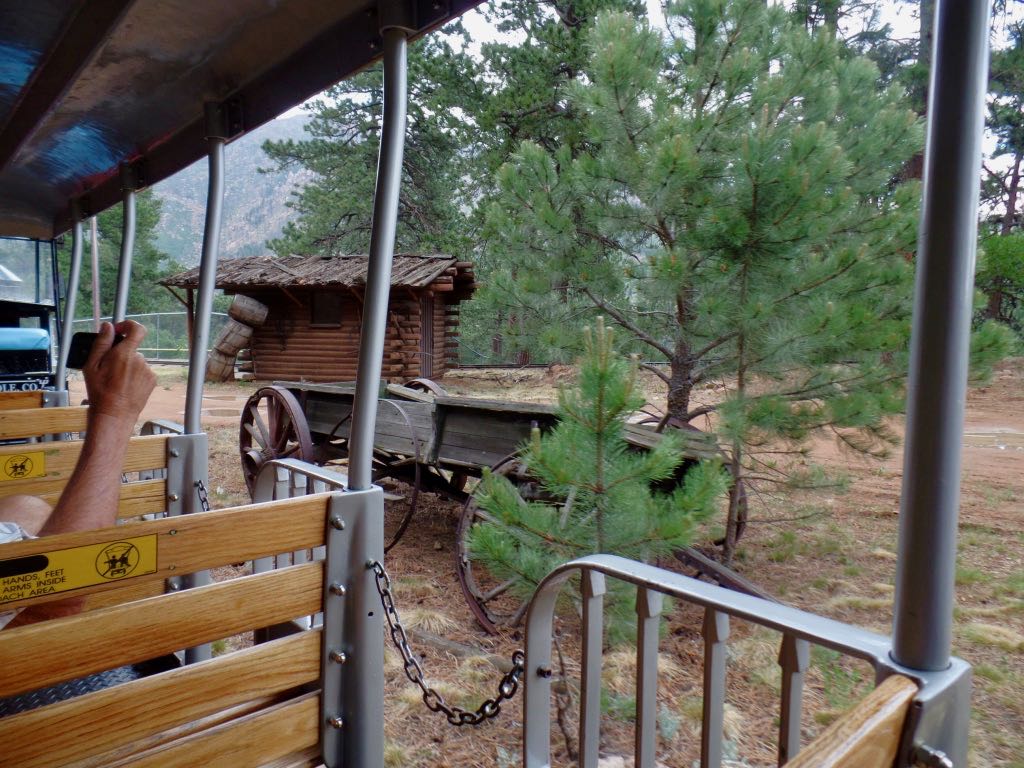 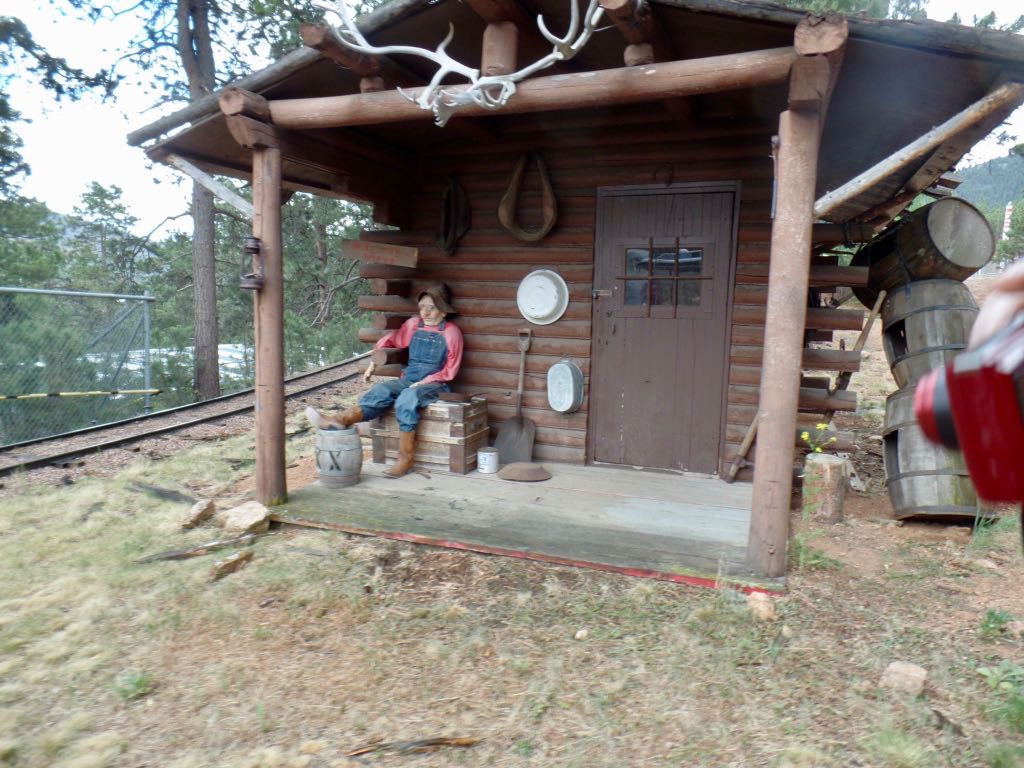 Mike the Miner, human figure that sits outside the cabin and is one of the main themed features of the ride. I don't remember that he did anything. 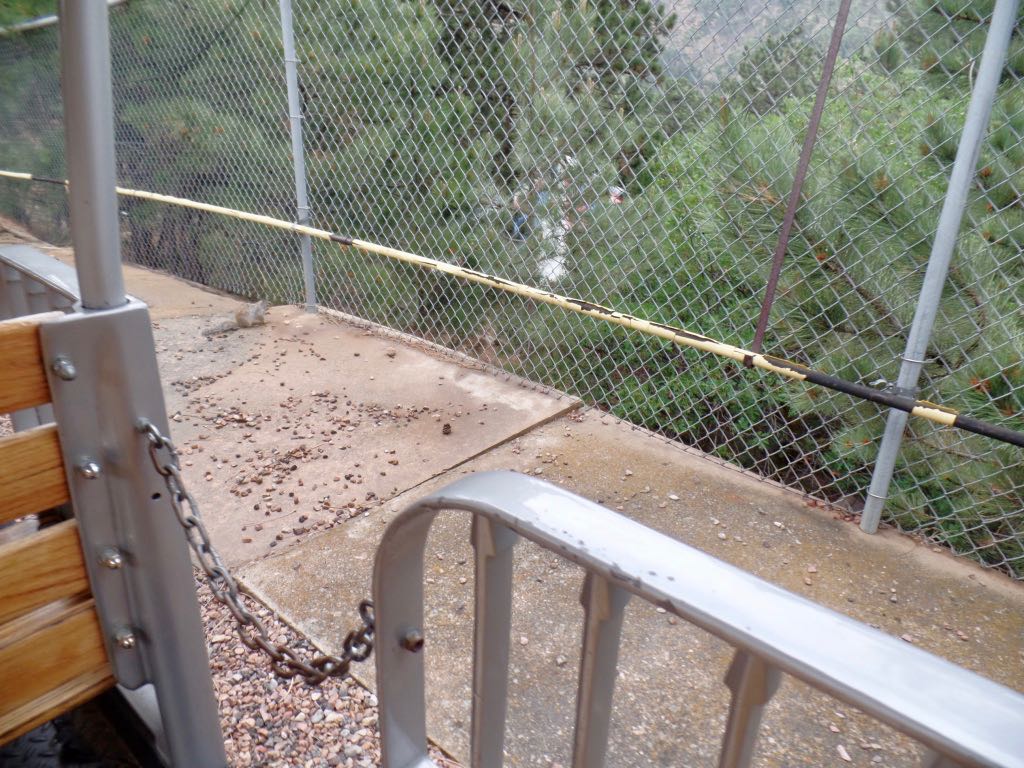 One of the local squirrels, hanging around the train where the conductor tosses peanuts out! 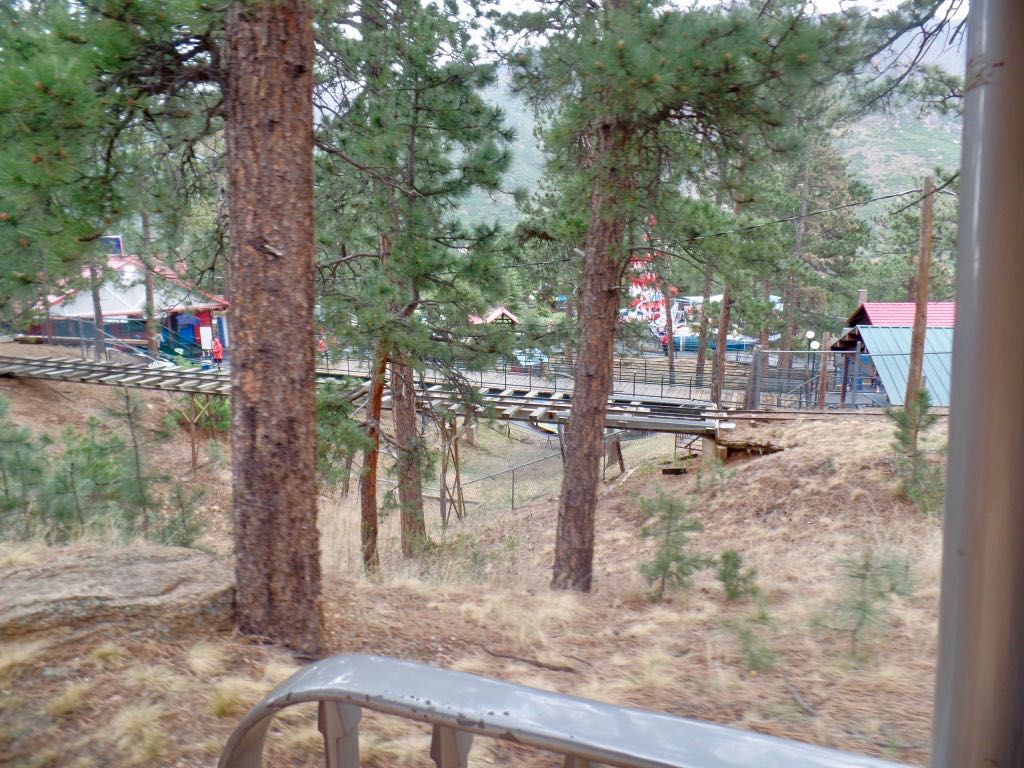 Looking down on the small railroad bridge and the first big valley of rides, including (obscured) the Santa-themed slide. 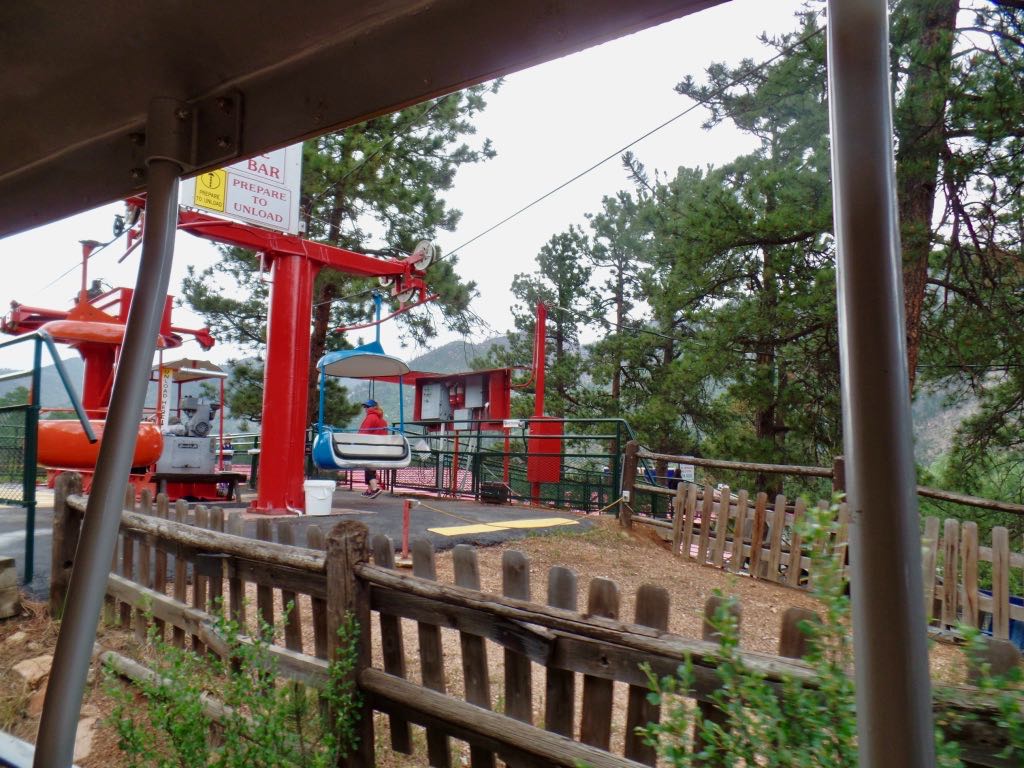 And here we get past the start of the sky car ride that we did not go on. 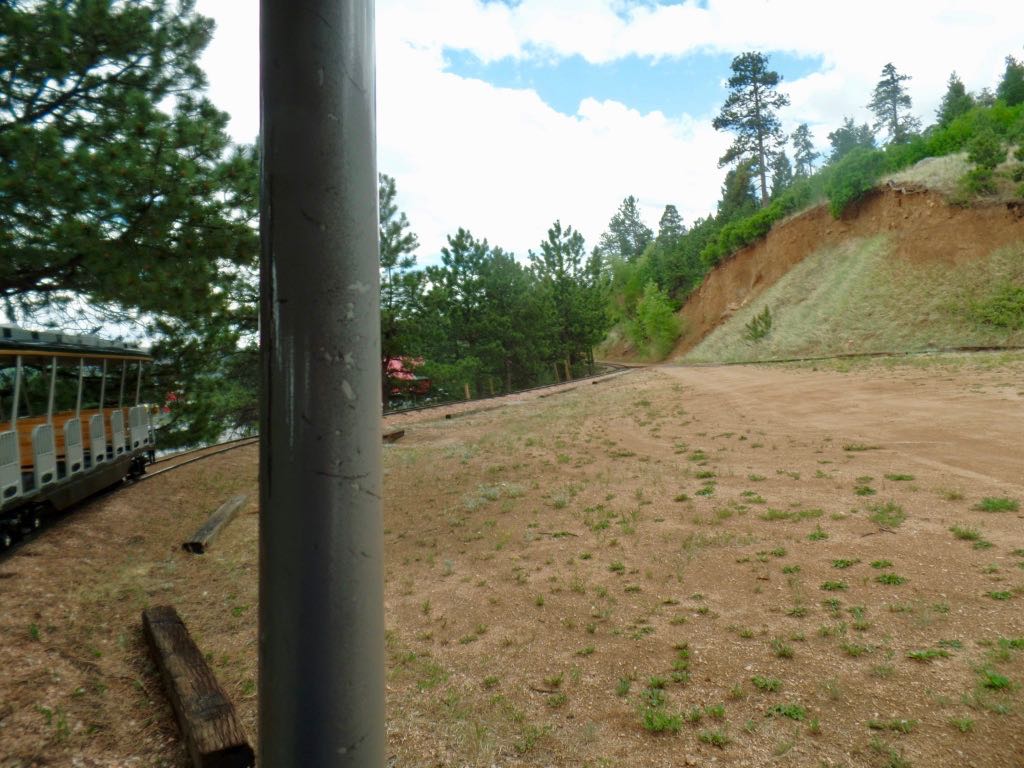 The train's final turnaround, at a spot north of the main body of the park and even some of the parking lot. It looks like the hill's been cut to give some space for the train to turn around. 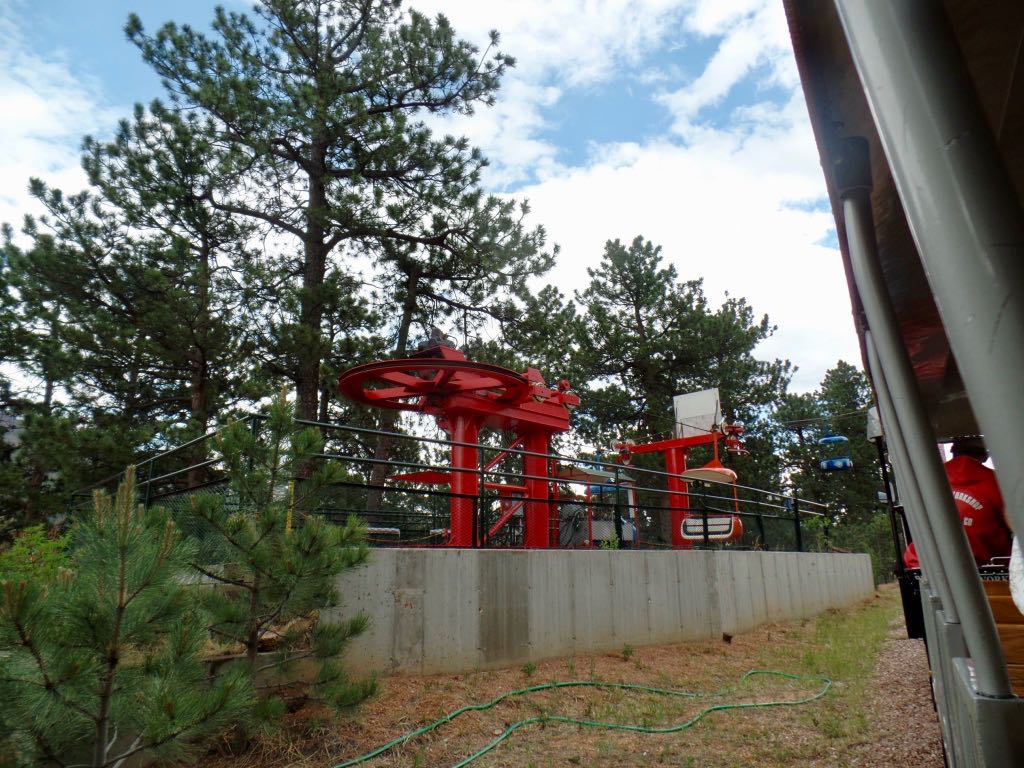 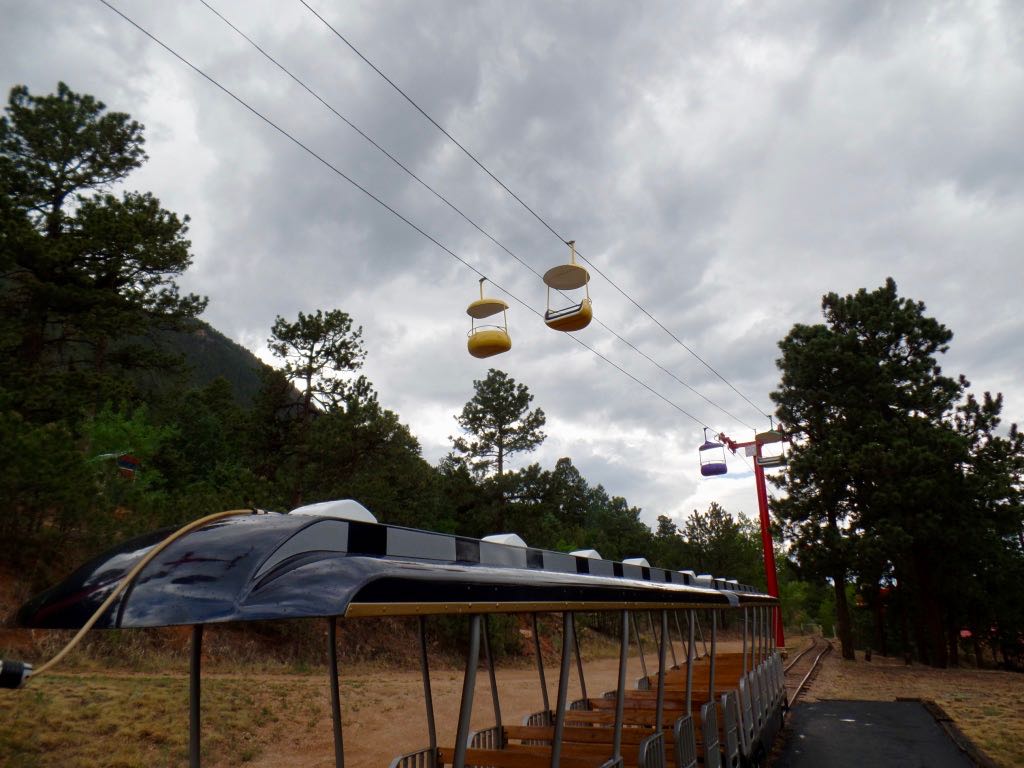 Parked miniature railroad car and some of the sky chair cars. Also, the threat of further rain. 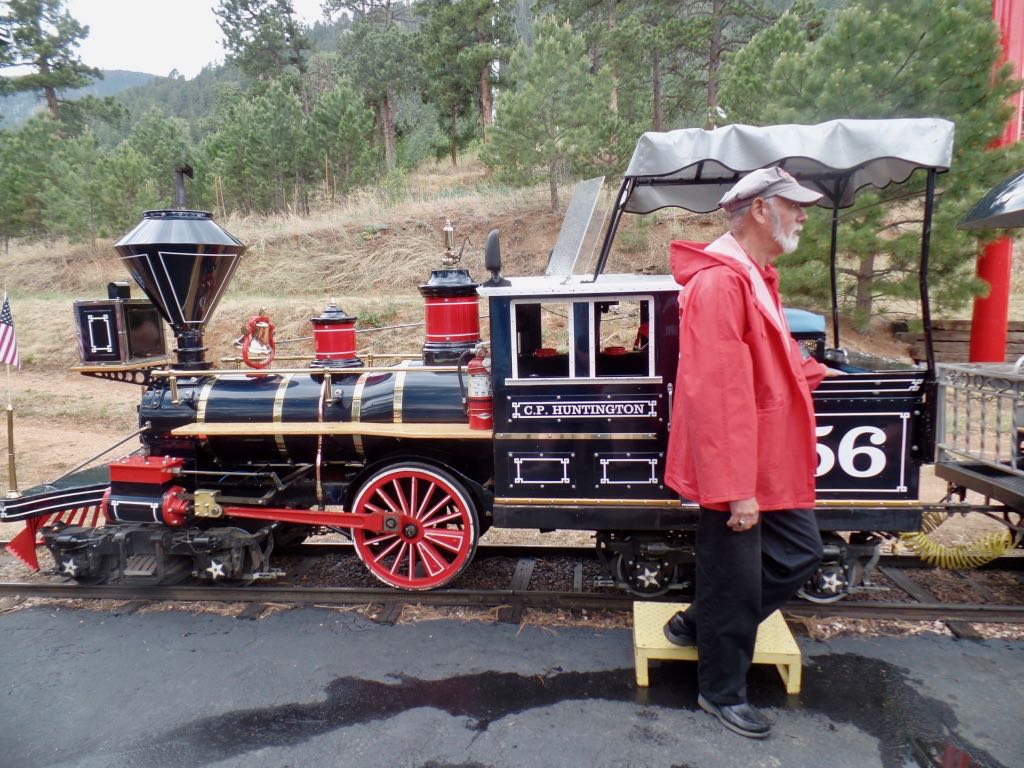 Conductor getting off the train, at the end of the ride, to go off and feed some squirrels. It's the end of his day.

Trivia: Herman Hollerith was a special agent for the United States Census of 1880, working at $600 per year. This was soon raised by $200 for superior efficiency. Source: Herman Hollerith: Forgotten Giant of Information Processing, Geoffrey D Austrian.