Again, nothing much new worth reporting, so allow me to finish off Santa's Workshop. The ride on the miniature railroad took us to after 5 pm, the closing hour; here's what we did in the few minutes we had after that. 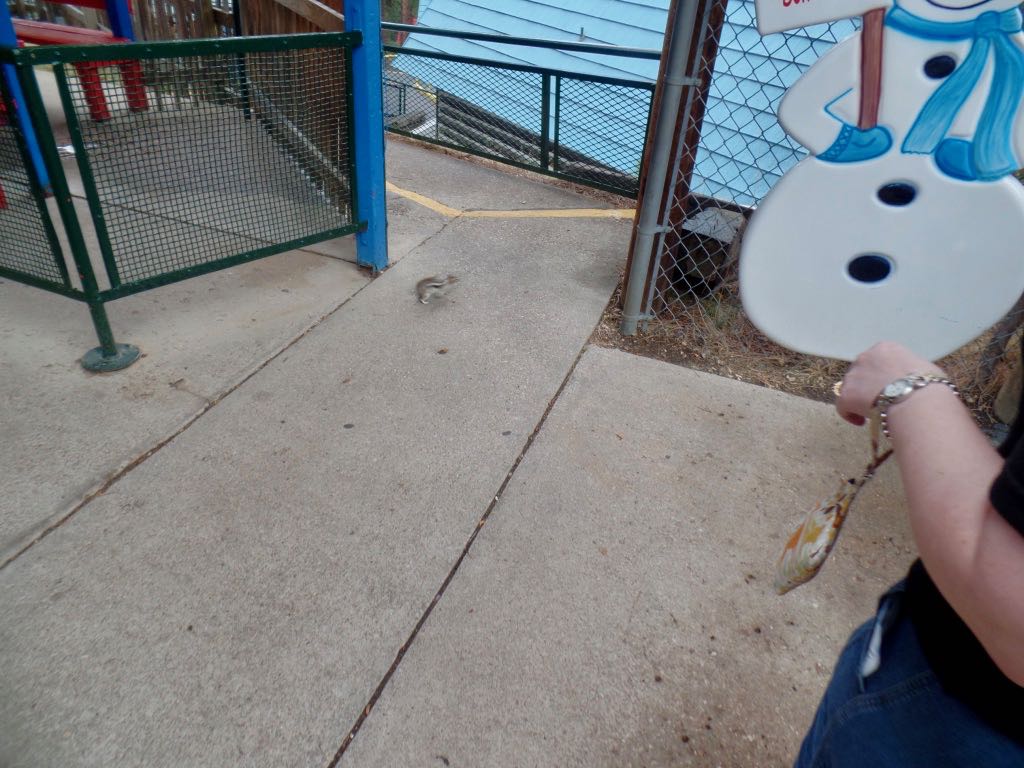 Spotting a fast-moving chipmunk at the end of the train ride. 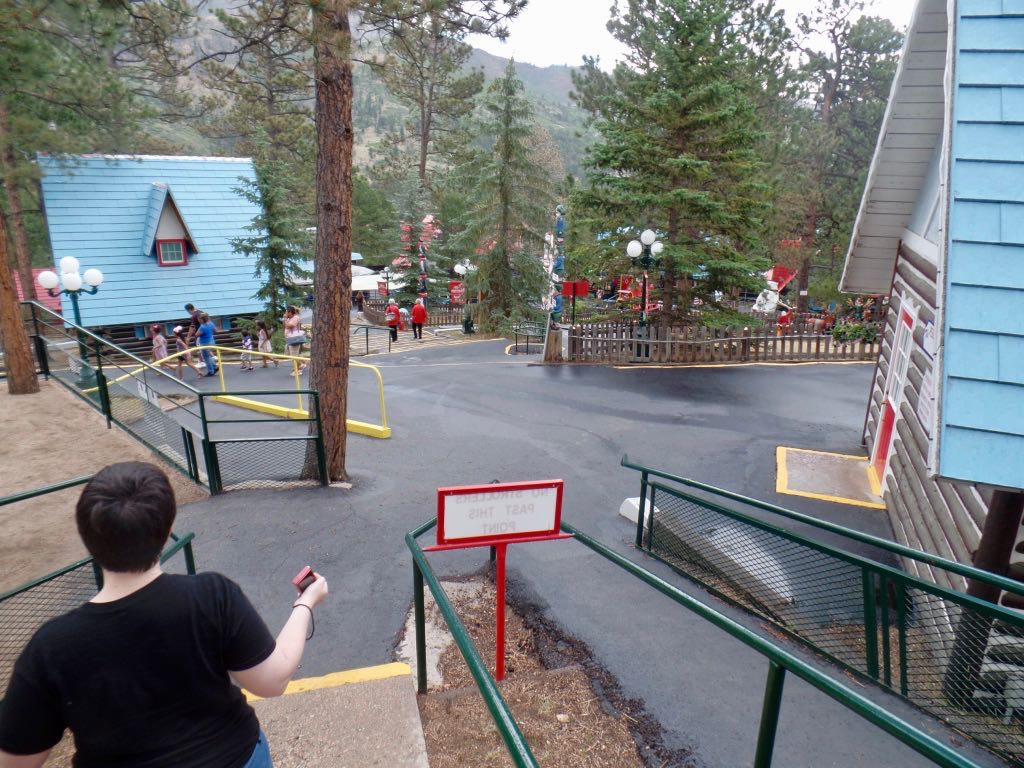 Walking back down to the main part of the park at the end of the train ride. The rides were closed now, but we could still get some quick photographs of the scenery. 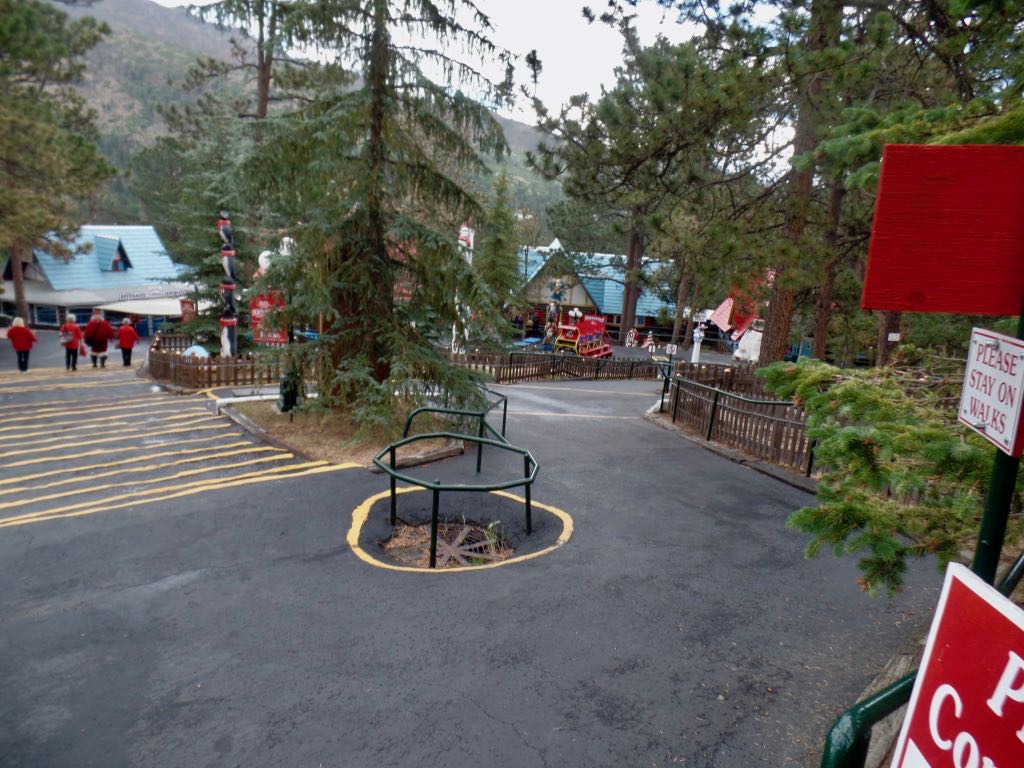 Some of the quite hilly area of the park; the left path is nothing but steps, while the right is mostly smooth, with a handful of steps. This is not a park for people with mobility issues. 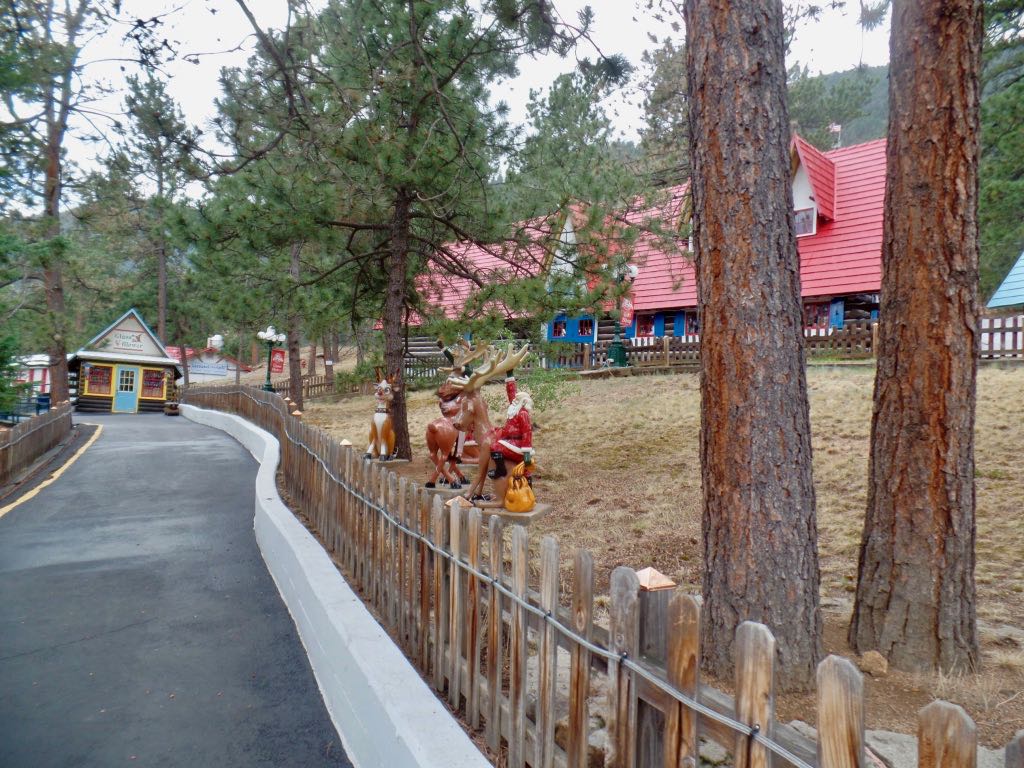 Santa and reindeer statues sitting by the side of a walkway. 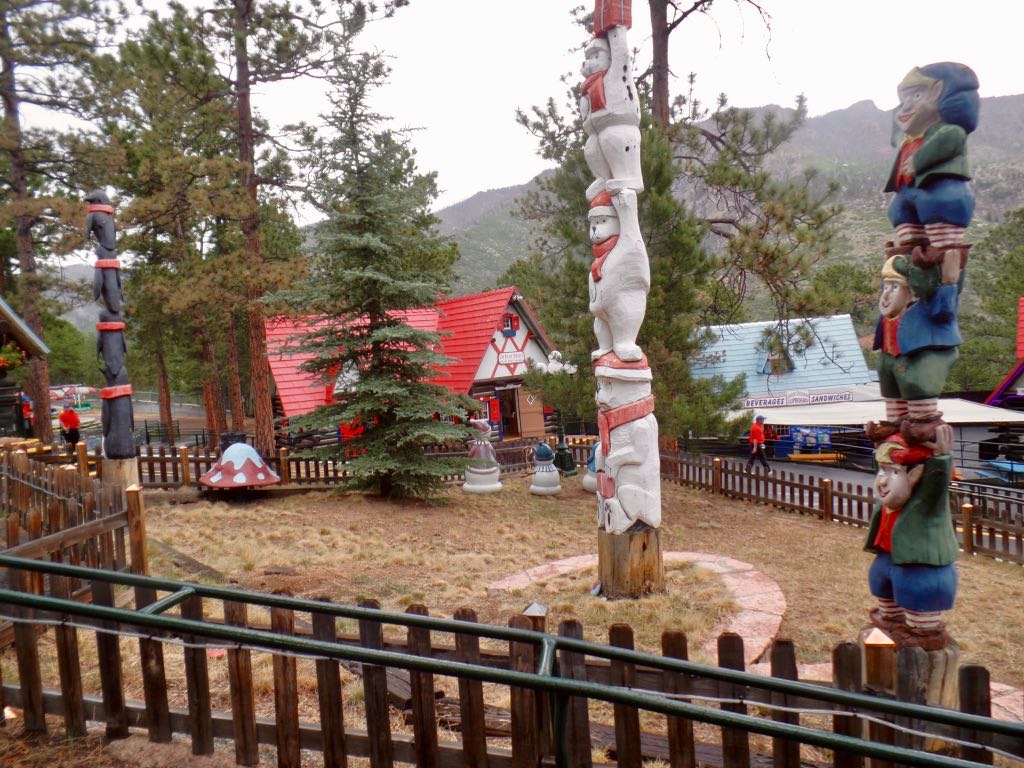 Totem pole-like figures of polar bears, elves, and penguins. And on the far side, more ordinary things like snowmen and a polar mushroom. 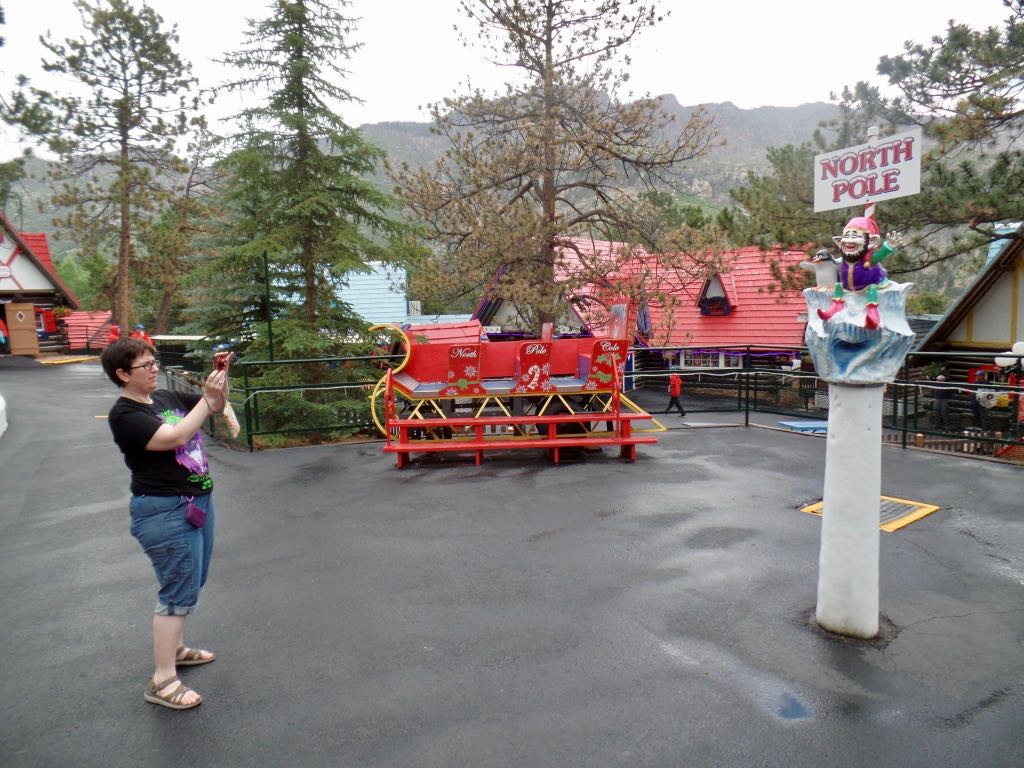 bunny_hugger getting a snap of the North Pole and the not fully explicable figure sitting on top of it.

The North Pole and a polar bear beyond; it's a good photo spot. 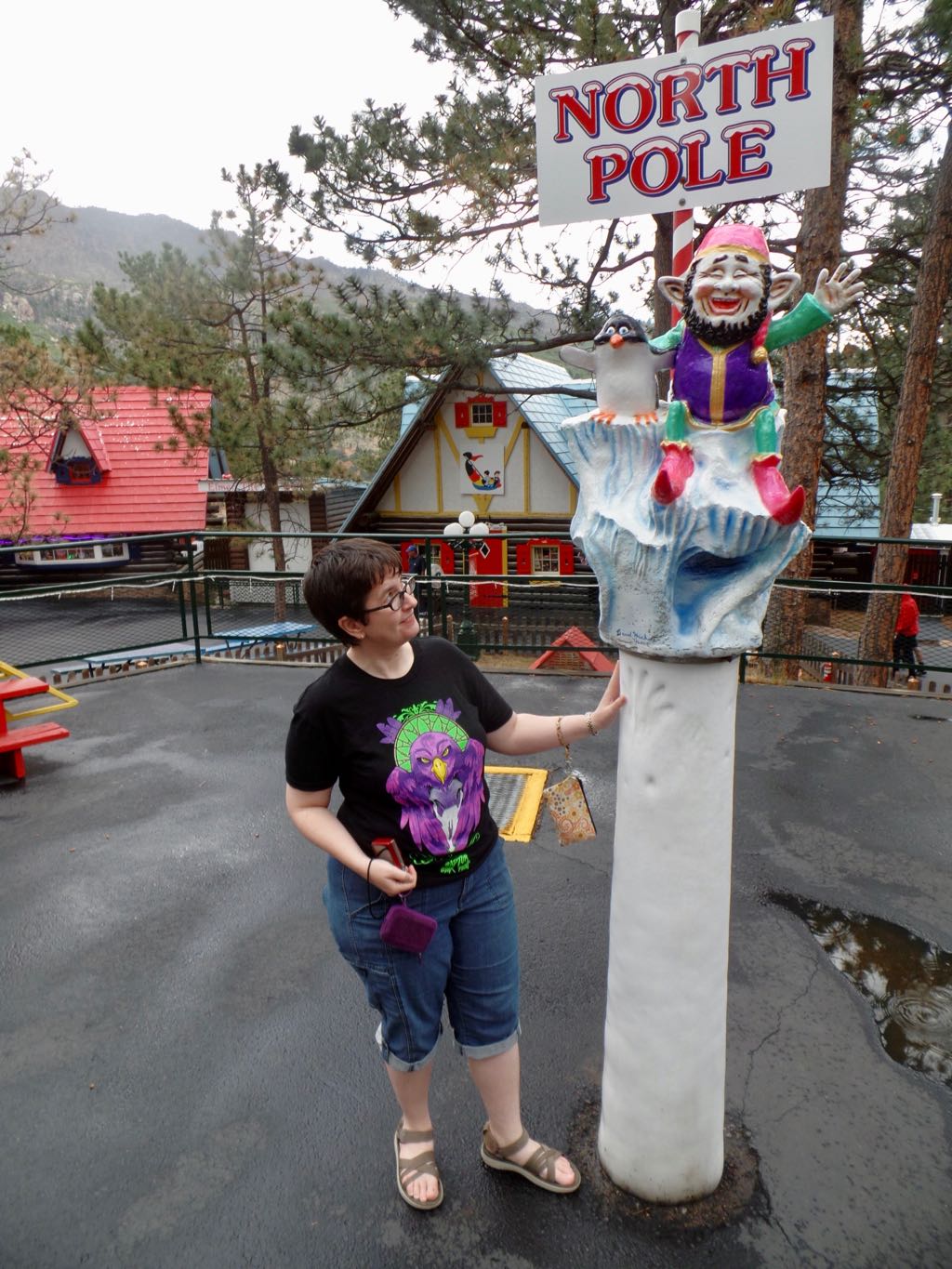 See? I believe that the pole was heavily frozen, so that it would have this layer of ice condensate on it. (Knoebels has a pole like that which is certainly frozen.) 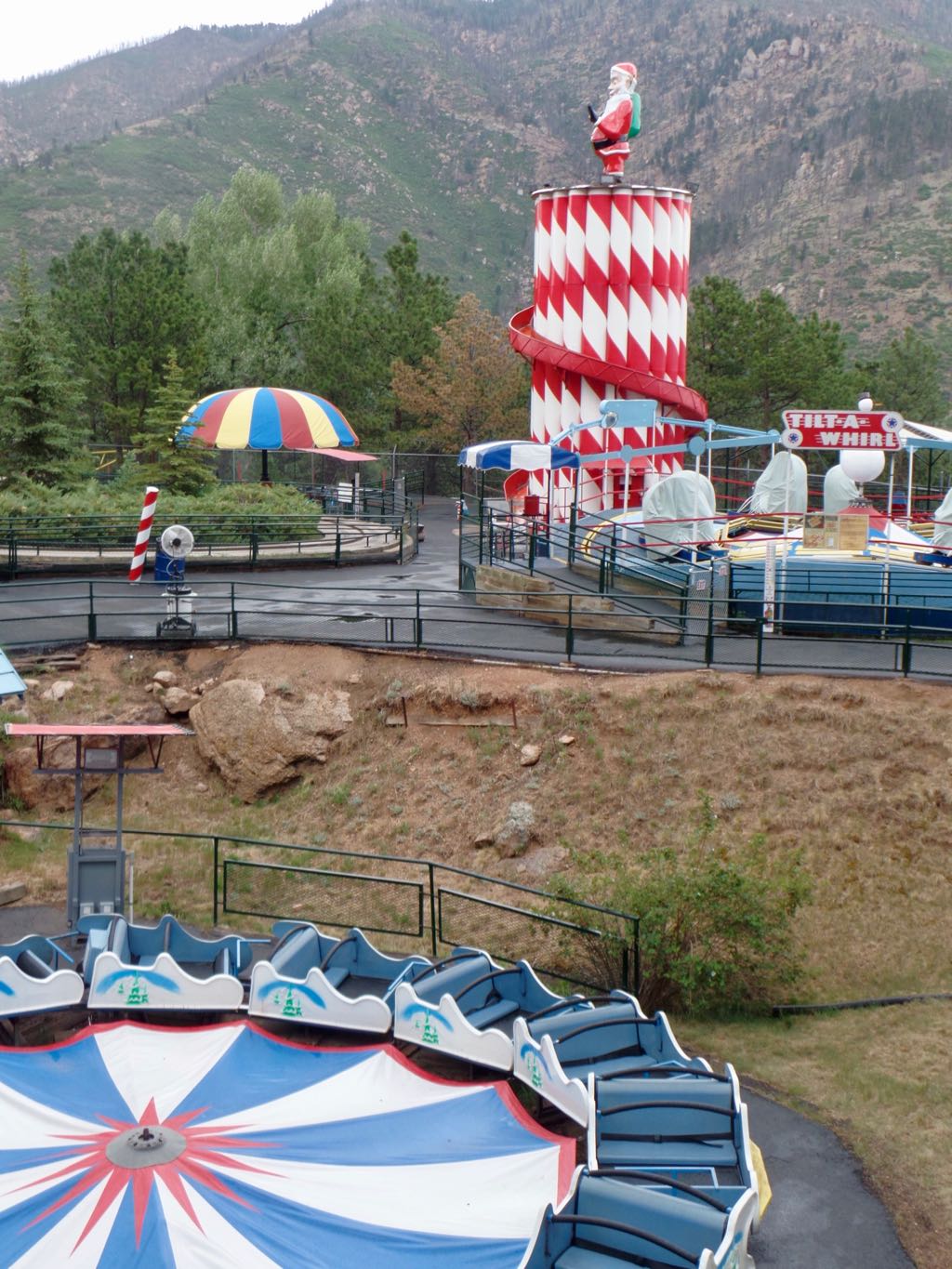 So I know you're wondering: why didn't we ride the Santa-themed slide, the park's signature ride? And the sad fact is we did not realize that this was the park's signature ride. We went in knowing mostly just that the park existed and it was really only in souvenir shopping after the park had closed for the day that we realized this was the thing everybody in the area grows up with memories of. 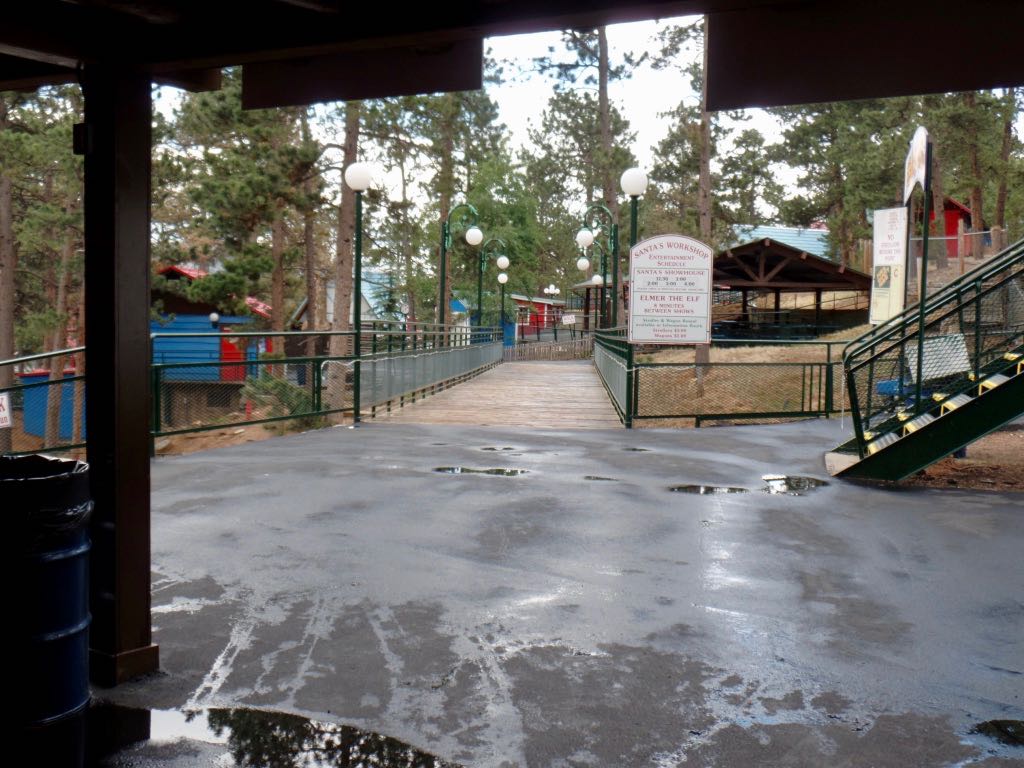 Last look back into the park, before going into the souvenir shop that's the park exit. 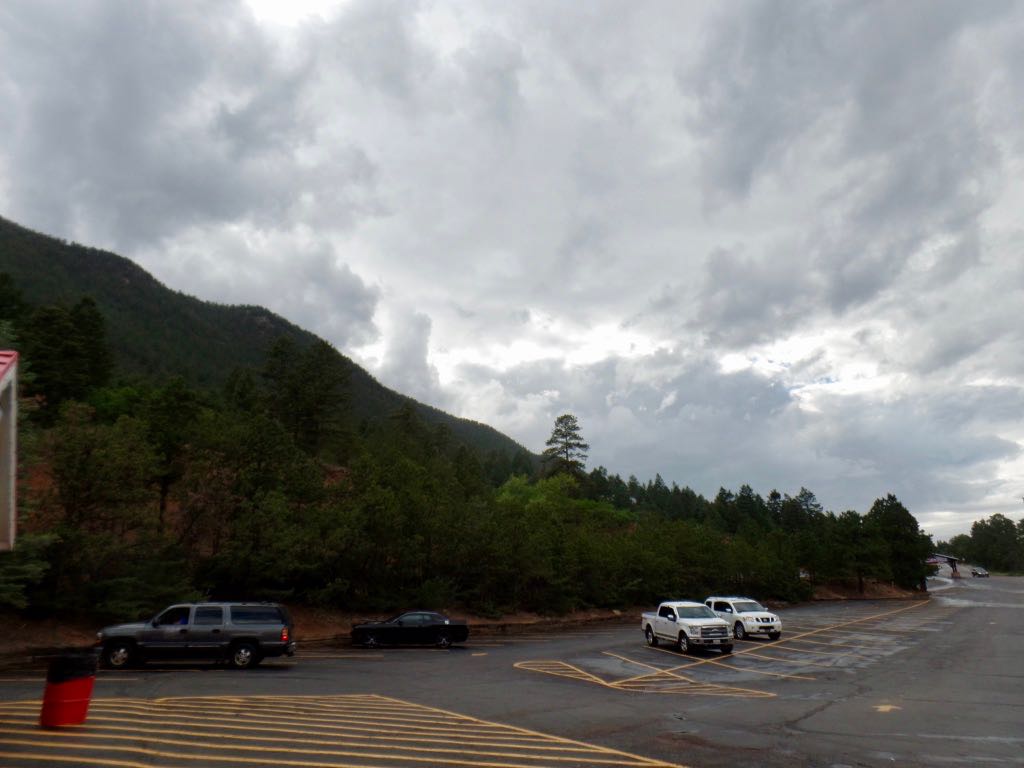 And a look at the parking lot; the railroad goes the hill that rises above all those cars. 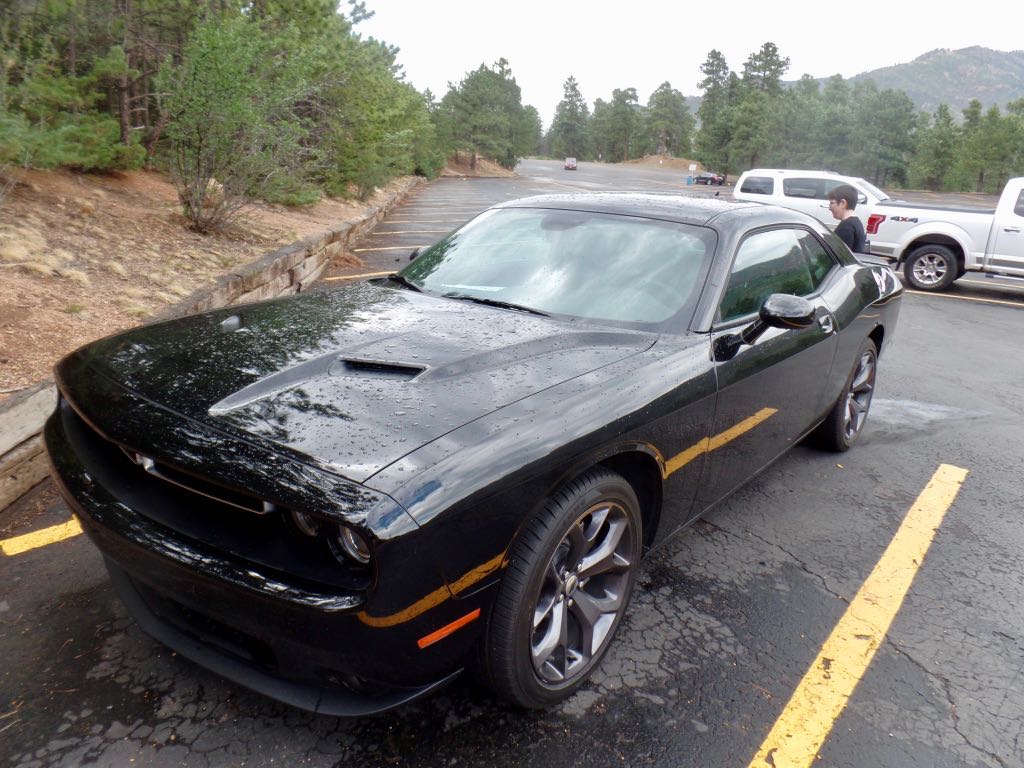 Oh, and I thought finally to take a picture of the oversized car that the rental place gave us when they couldn't locate a compact car like we had reserved. It's ... uh ... got a lot of engine there. Also it had SiriusXM with the Beatles channel, the only time we've gotten to hear that.

Trivia: Karl Friedrich Gauss was reported to be motivated to work out the Easter problem --- calculating its date for an arbitrary year --- because his mother could not remember the date on which he was born past that it was a Wednesday eight days before Ascension Day. Source: Mapping Time: The Calendar and its History, EG Richards.

PS: When Is Leap Day Most Likely To Happen? which is one of those quick little calendar calculation projects that I love and that attract a steady stream of search engine hits, like, forever.