You're in for a fight

Last year Stern Pinball released Black Knight: Sword of Rage. It's a sequel to the iconic 1980 and 1989 games Black Knight and Black Knight 2000. To promote it they ran a worldwide leaderboard. Anyone playing the game, in an International Flipper Pinball Association-sanctioned tournament, was eligible. The top ten scores win prizes. And if you ask how we can compare scores on tables that are in different places, played at different times, on tables that can be set easier or harder, Stern Pinball urges you to look at that big distracting thing while it runs off, into what turns out to be the closet.

bunny_hugger worked out a tournament that gave our locals their best possible chance to get in, and that meets the exact letters of the law about holding a tournament. For several months she and I would be at our local hipster bar and record any scores people wanted to put up on the Black Knight there. After the worldwide leader board closed, the 29th of February, we'd have a finals tournament. Your best score gave you seeding for the final match. So any scores put up to qualify, and get seeding, would count. At least, once we held finals and got some head-to-head play in, making this a tournament the IFPA could respect. The scheme was successful; at one point or other five Lansing Pinball League people were on the leader-board. At one point I put up a score high enough to get on the leaderboard, but it turned out other people had put up even higher scores before mine could be recorded.

So the finals would be the 1st of March, and we expected nobody to really show up, and they didn't. The tournament will be worth almost nothing for state or worldwide rankings, and folks like MWS don't care to drive an hour just to play one game of Black Knight, especially after spending three hours driving out to Fremont the day before. In the end, it was just me and

And so we played a game. Not well; we both basically launched the ball, the first two balls, and not much more. After her third ball

bunny_hugger had about four million points. I, having made a super-skill-shot, had about six million points, and so took home first place in this silly little thing at least. Then I went to play the last ball anyway, and of course, had a game that would not end. While

bunny_hugger cursed me out, and updated reports on the Lansing Pinball League Facebook group, I kept starting multiballs, and completing modes. I got one shot away from launching the Black Knight Retro Mode, a rare accomplishment for either of us, and one that puts the game in a three-ball multiball with sound effects and scoring and even a backglass --- well, the video screen serving as backglass --- based on the original 1980 game. Just as well that I didn't make it; if I had, it's plausible that I'd have put up a score which would have earned me a place on the worldwide leader board, 24 hours too late for it to matter.

In the end, unless there are some late scores to enter, two Lansing League players have made it on the leader board and are getting prizes. Also, amusingly, the #2 and #3 persons put up nearly identical scores playing the same two-player game, at a league tournament in San Francisco in mid-February. Jolly good fun.

Hold the phone! It turns out that

bunny_hugger had originally told the IFPA that the tournament would end with a three-game final. We're going to have to play the other two games. She may take the title away from me yet! It happens we did play two more games on Sunday, but neither of us thought they were competition games and so we can't fairly count them. More on this as it comes to pass.

Trivia: After ascending to the presidency, Chester Alan Arthur, apparently, provided a sealed proclamation in a letter addressed to the President, for an immediate special session of the Senate to name a President pro tempore, so that in the case that he died before the already-planned October 1881 special session of congress there would be a legal mechanism in place to choose a successor to the presidency. Source: From Failing Hands: The Story of Presidential Succession, John D Feerick. (At the time, the President Pro Tempore of the Senate was next in the line of succession, but the Senate would only name a President Pro Tempore only during Congressional sessions when the Vice-President was absent.)

PS: Reading the Comics, February 29, 2020: Leap Day Quiet Edition, in which it turned out like all the comics are in reruns.

PPS: A bit more at the 1up barcade, while we were there. 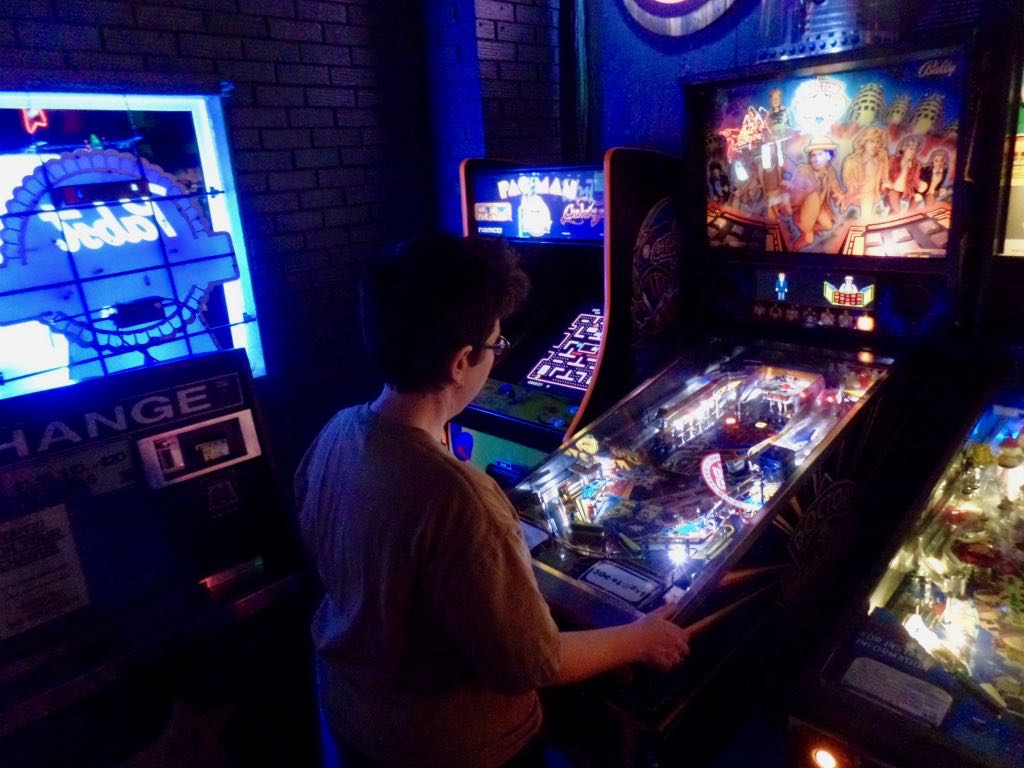 bunny_hugger locking a ball on Doctor Who. Notice the Pac-Man/Ms Pac-Man/Galaga combination arcade game in the corner; it's one of the few video games in this room. 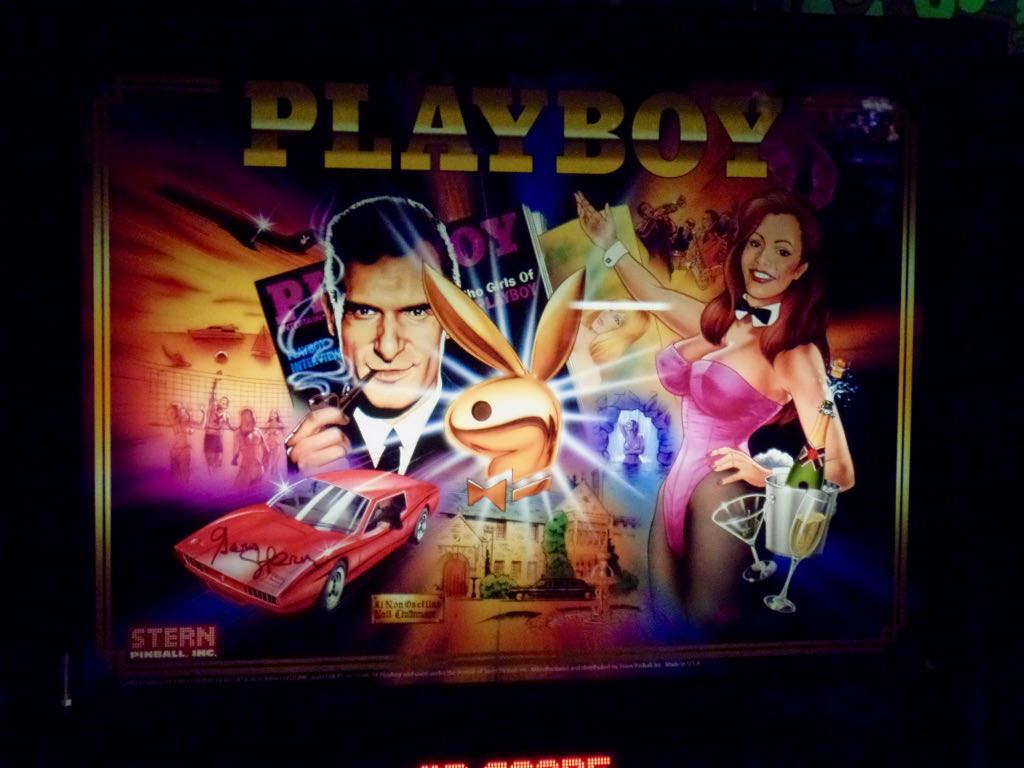 Backglass to the Stern playboy. Note that Gary Stern's signed this game. 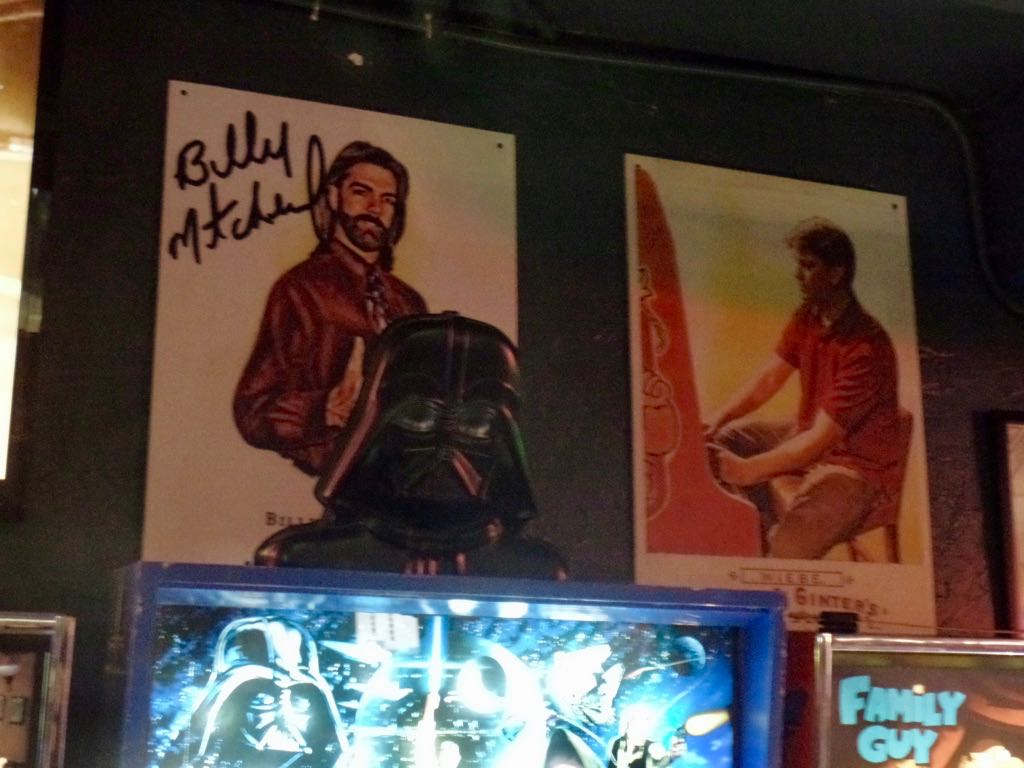