It turns out we needed to do a three-round finals for the Black Knight: Sword of Rage tournament. So Tuesday, after the Royal Rumble tournament (more on that anon)

bunny_hugger creamed me on. This forced us to a third round, and she flopped, so I went on to take the victory in this very slight tournament.

Also, our neighbors are indeed moving out. We both got to have farewell chats with them. The brother-in-law has moved in with his brother. The husband-and-wife are moving to the southside (I think it was), to better take care of his mother. It's sad to be losing people we got along quite well with, but hope they're all going to be all right. And that whoever comes into that house next is easy to get along with.

So with those tiny bits of update out of the way, let me share a last couple pictures from the 1up arcade and then the AirBnB where we'd stayed in Denver. 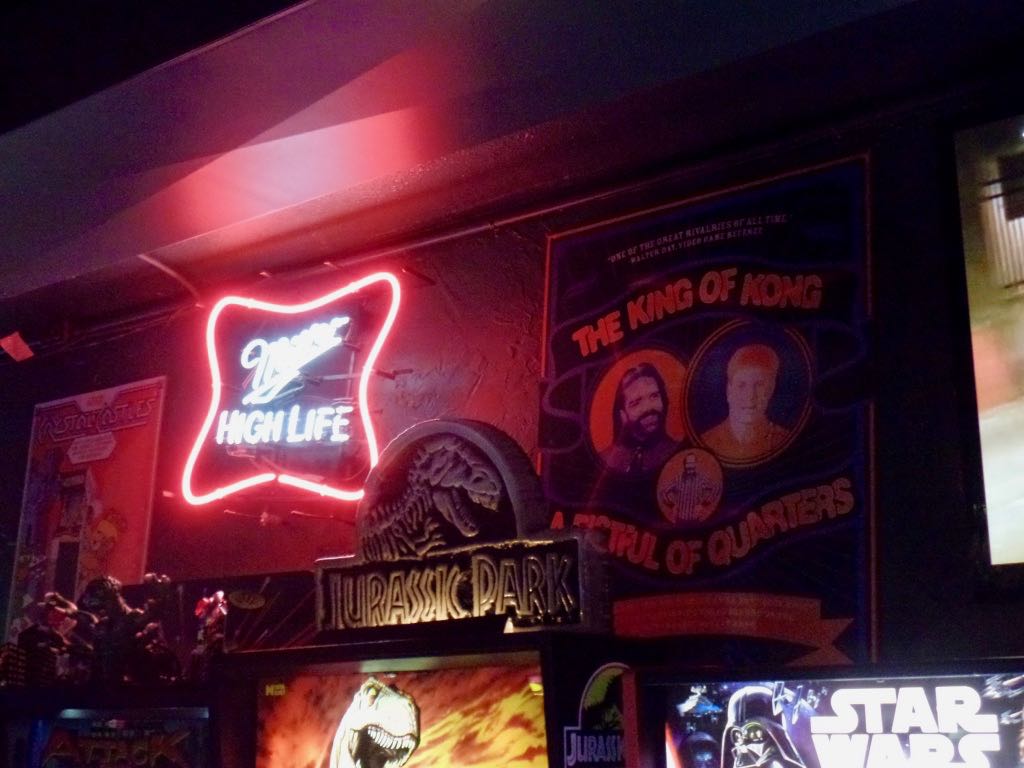 More of the decor at 1up; here, besides the original Jurassic Park game is a poster for the King of Kong documentary that I swear I have around the house somewhere. I just can't figure out where. 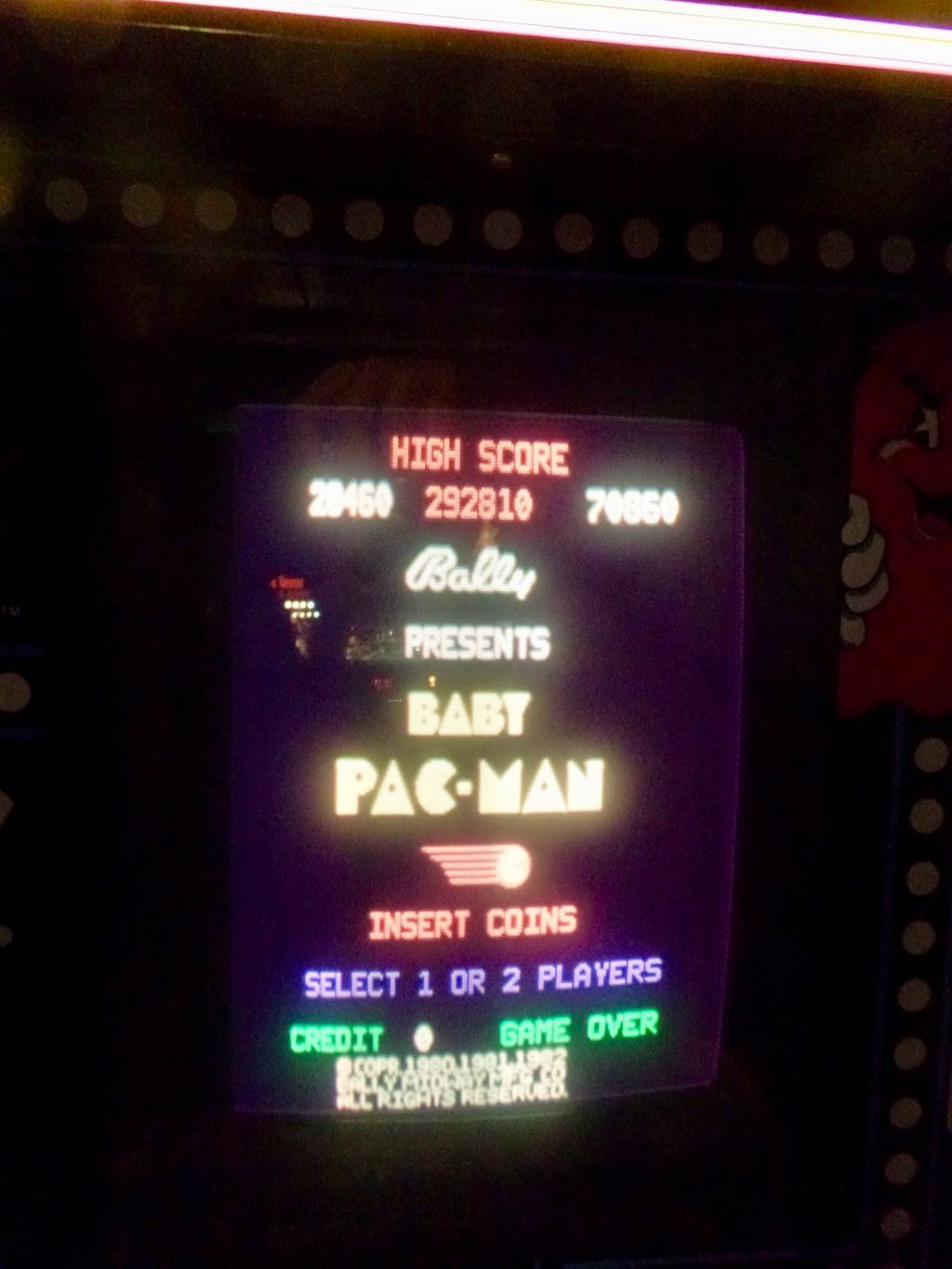 They have a Baby Pac-Man at the barcade. It's a combination video game/pinball game, with the pinball played to earn power pellets on the video game. I haven't seen one on location since this pizza place in the Foodtown market on Throckmorton Road back in the early 80s. ... Also, it's really hard, both the video game and the pinball sides; the pinball table is tiny, which makes it very weird and hard to play. 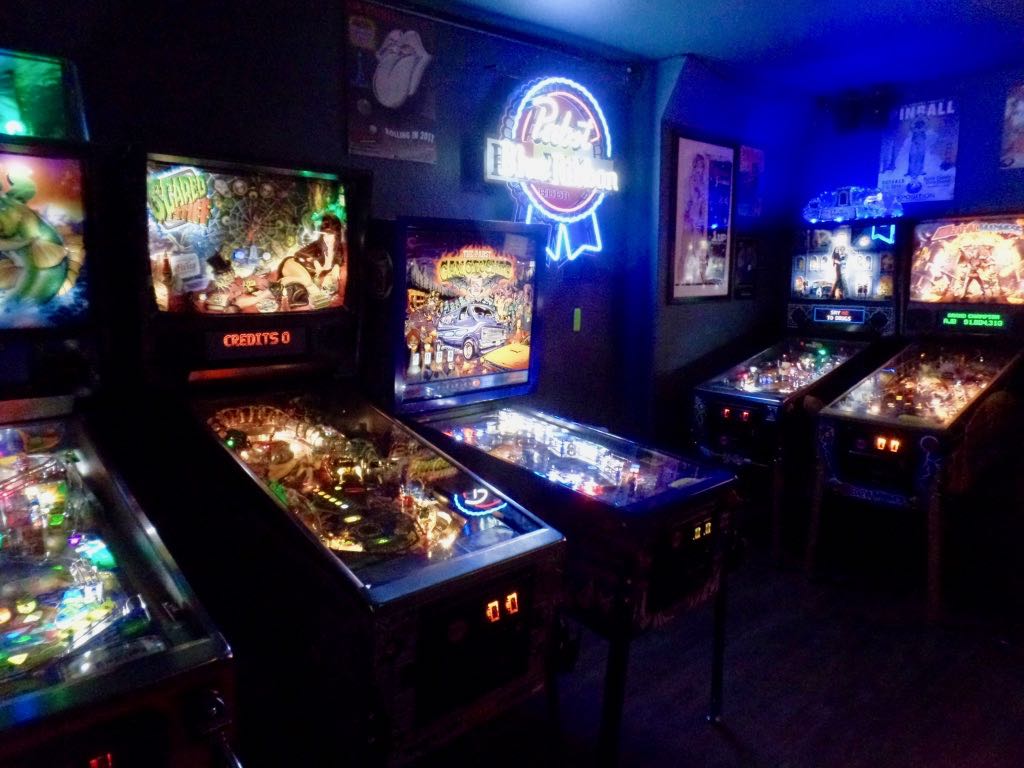 Another corner of the main pinball room. 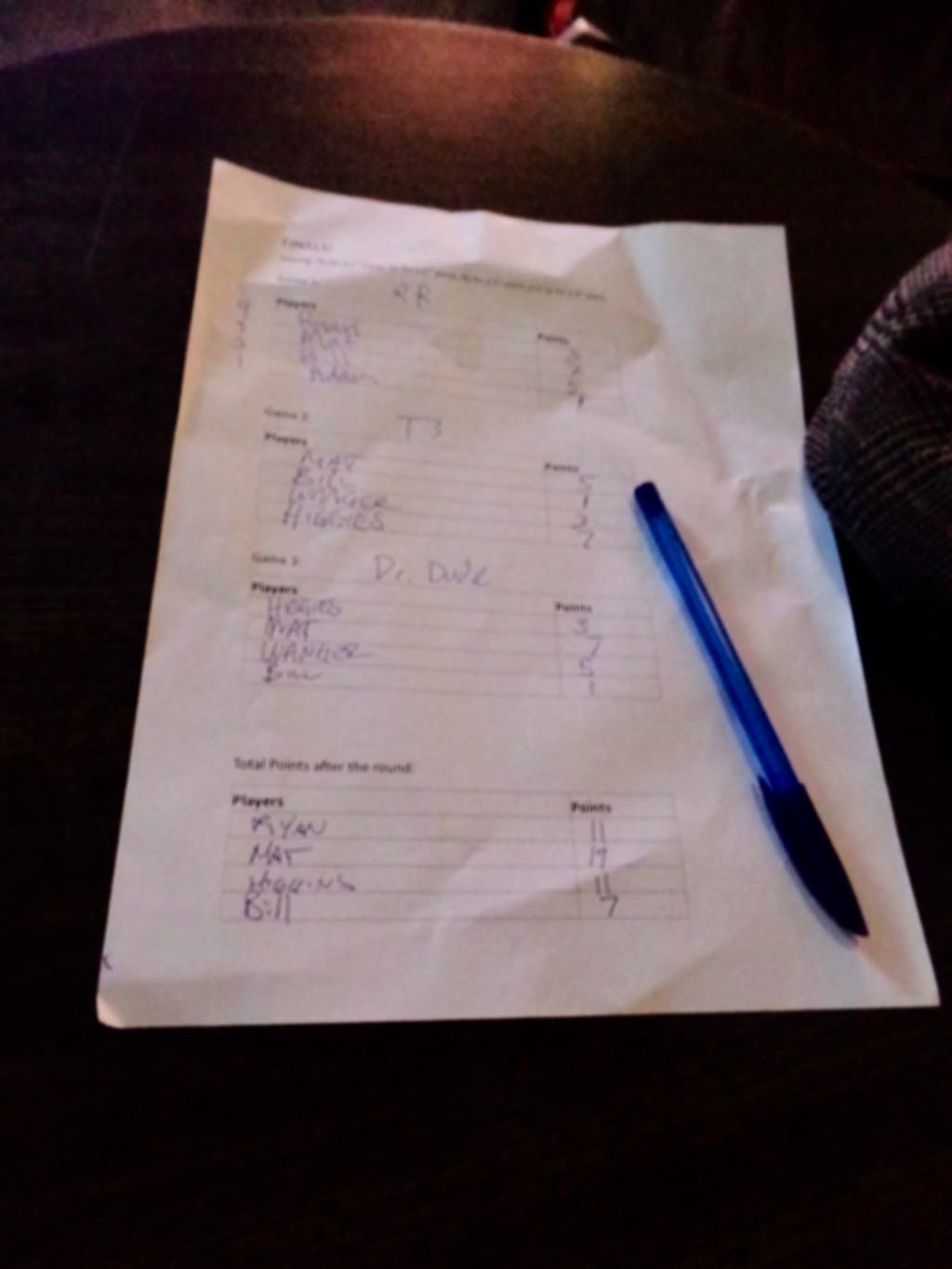 So we knew there was a pinball tournament scheduled for the next day. Here, though? It's a scoring sheet for some tournament possibly going on right then, although we didn't hook up with whoever wsa doing it. I'm very happy with whoever picked Doctor Dude as a game, though. 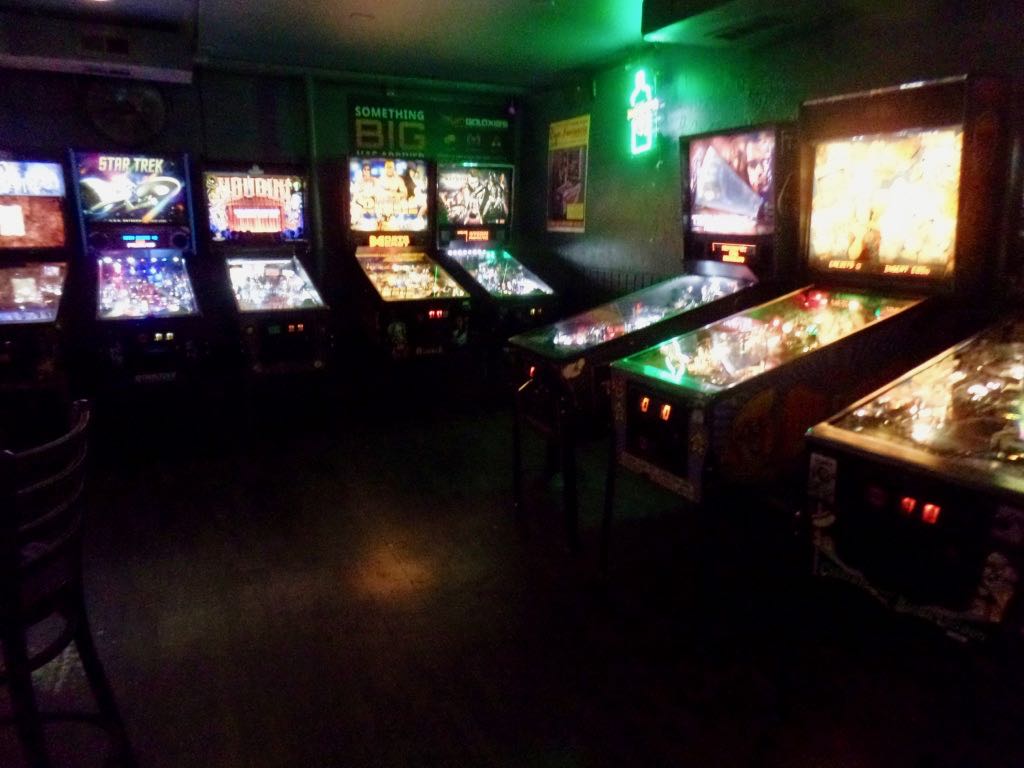 And a last look at 1up's games, or some of them anyway. Notice they have a Houdini, a table from boutique manufacturer American Pinball; I've only ever seen it on location here and at Marvin's Marvellous Mechanical Museum. 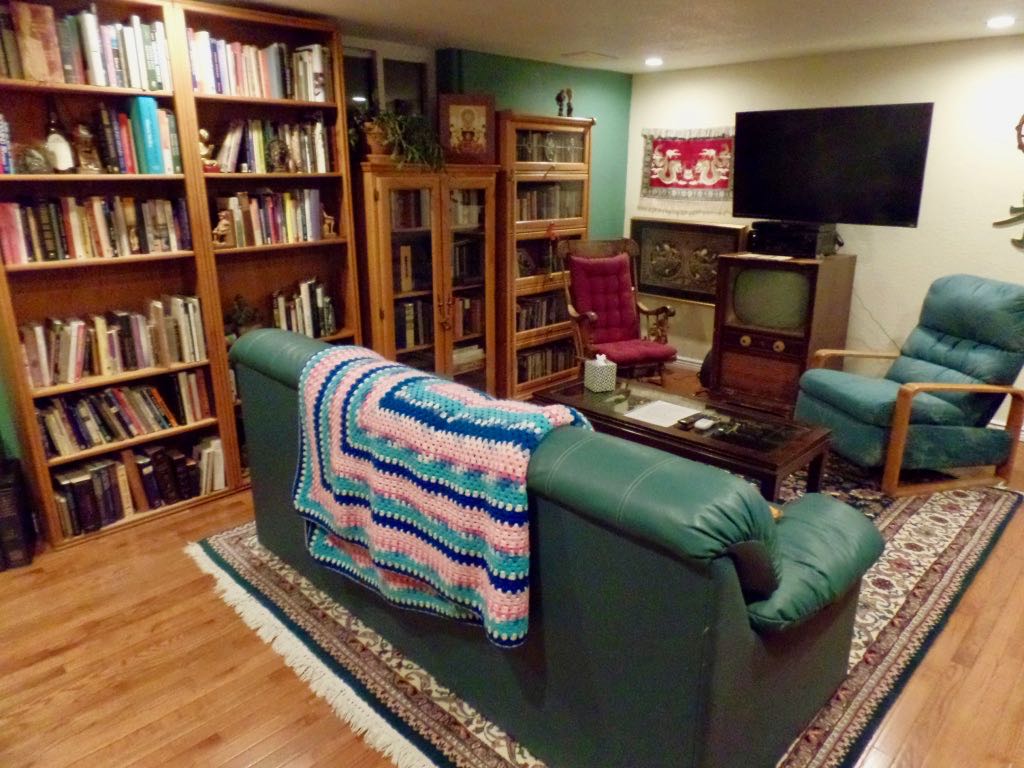 Back home! We had the basement floor of someone's house, as our AirBnB; it had been an adult child's apartment, but they didn't need it anymore, so what to do with it? Anyway you can see the library was vast enough to be satisfying. 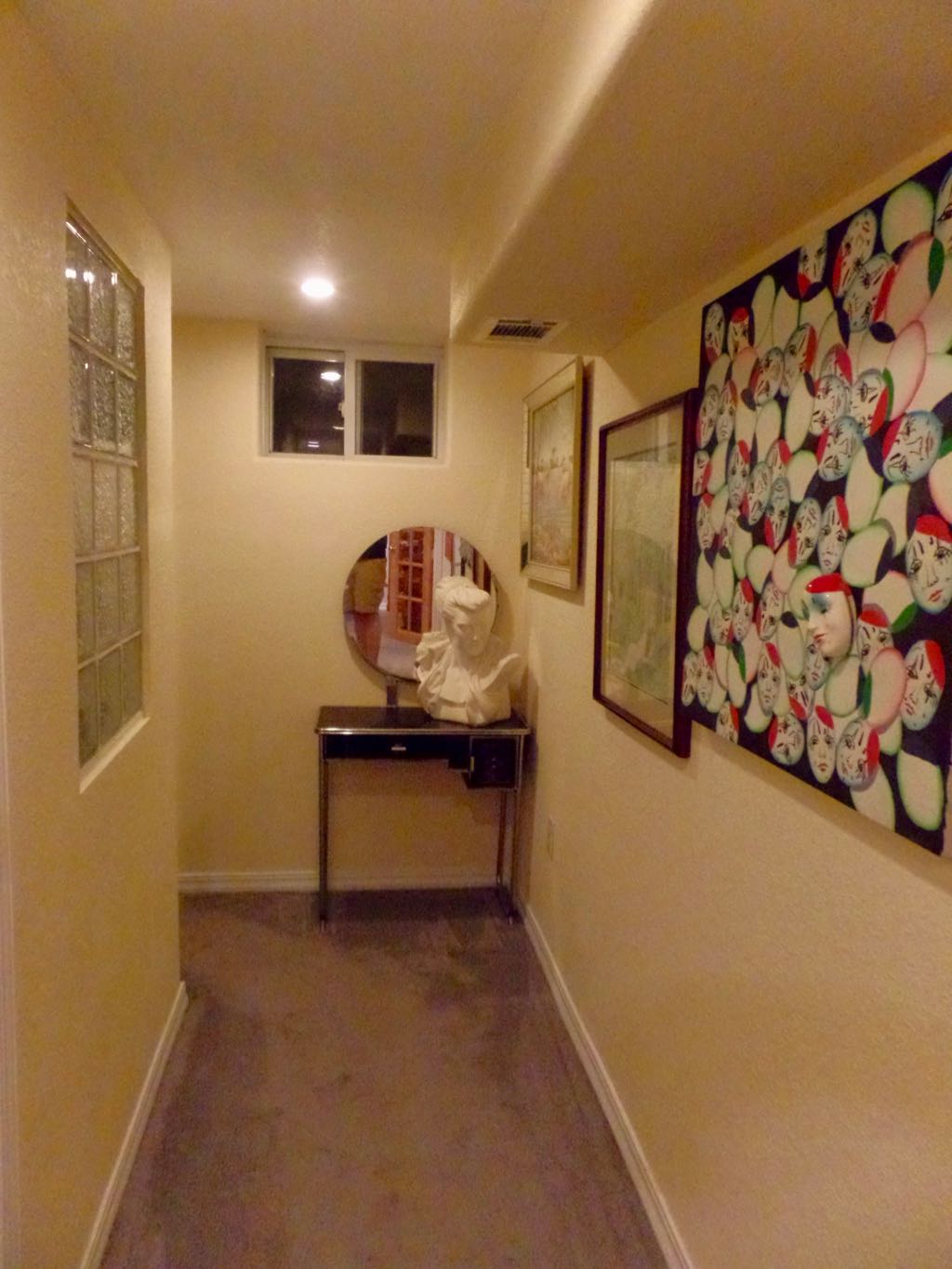 Hallway leading to the bathroom; the frosted glass there is the wall of the shower. There's no seeing through that, though. 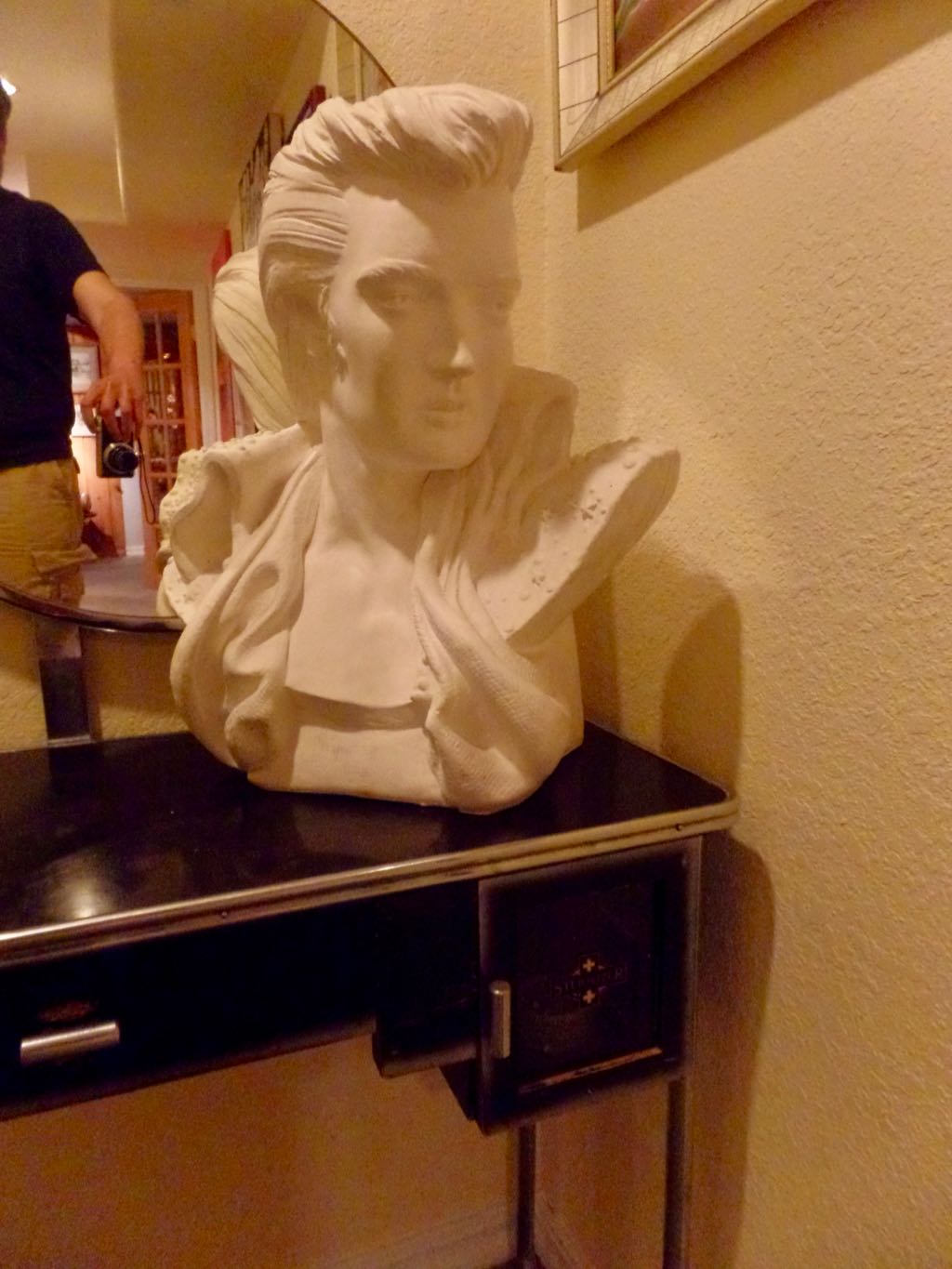 And a bust of Elvis because, you know, why not? 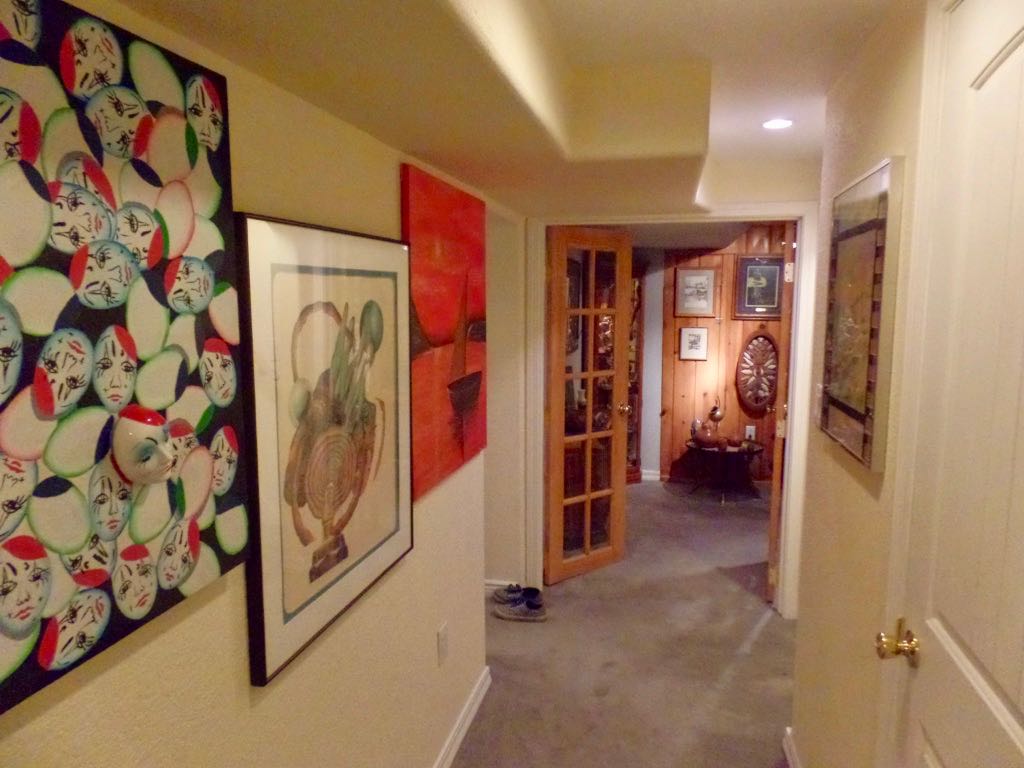 Looking away from Elvis; the bedroom and the library are off to the left. Notice the three-dimensional faces picture on the left there, too. 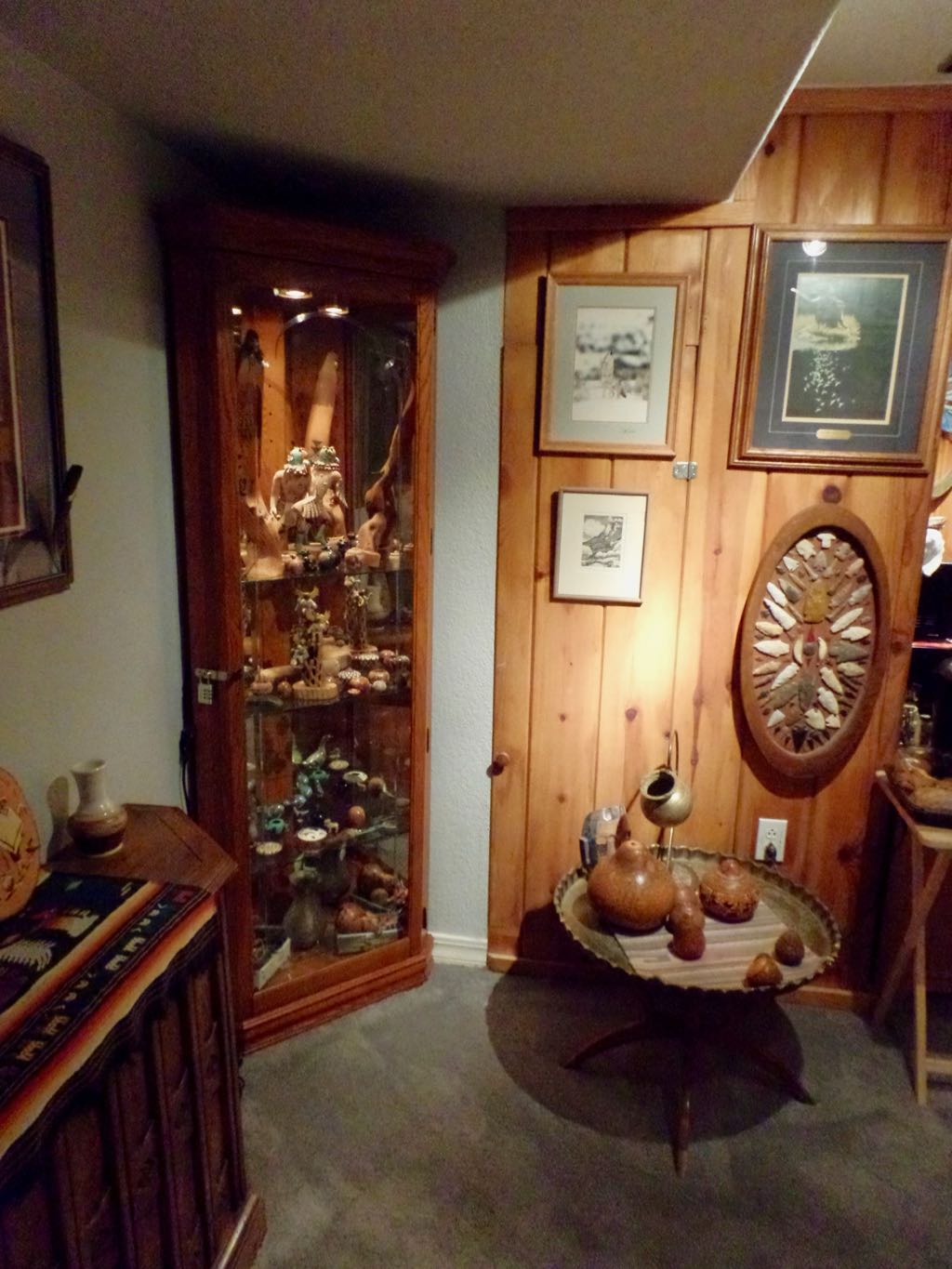 The curios cabinet and part of the area that's a sitting room and not quite a kitchenette. 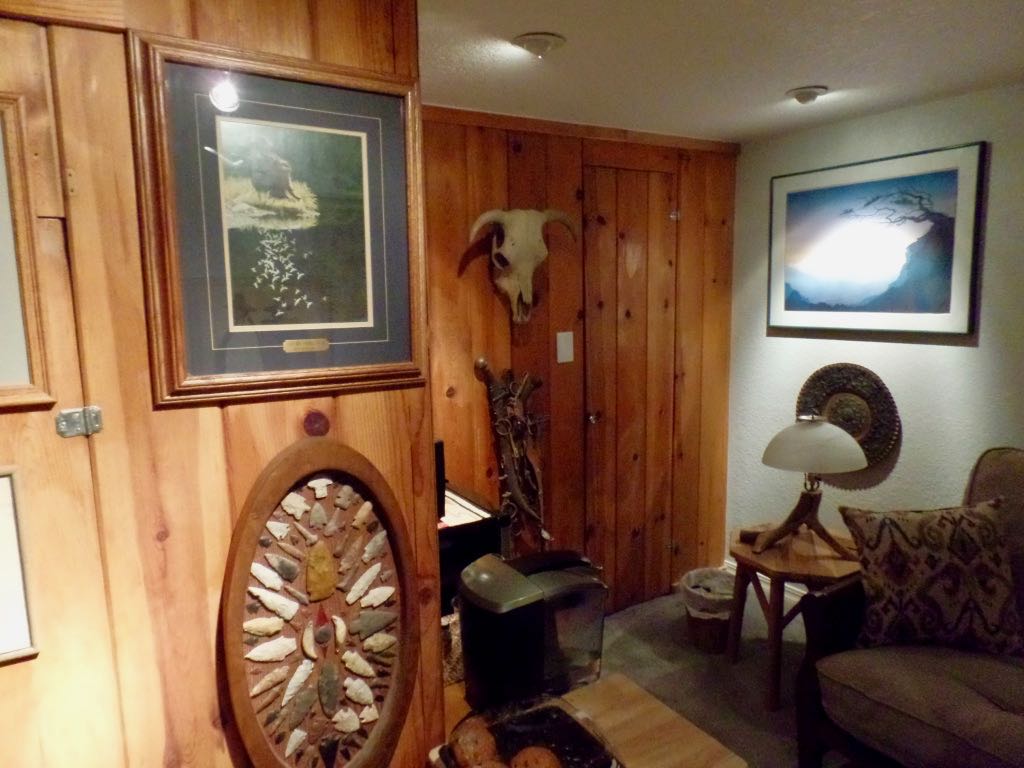 You can maybe make out the Keurig; there's also a fridge, and a tray of very many enormous muffins that gave us plenty of breakfast. 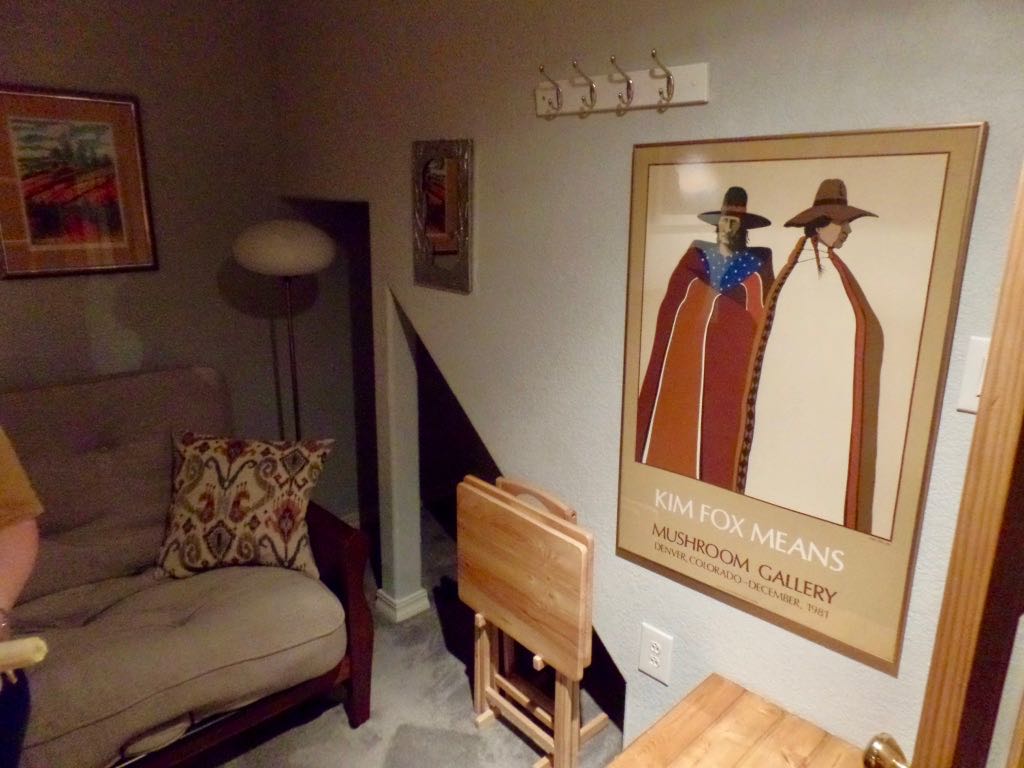 It was a really comfortable basement apartment, and pleasantly cool despite the first couple days of our visit being stiflingly hot.

Trivia: In parts of Gascony and the Auvergne, into the 19th century, there was the custom of compressing children's heads with a scarf or strong cloth, in the belief this would prevent a growing brain from cracking open the skull. Source: The Discovery of France: A Historical Geography, Graham Robb.

Currently Reading: The Best Writing on Mathematics, 2014, Editor Mircea Pitici. So, y'know, I read this and I think, I've written better stuff than this. And maybe this is true, although it's probably fairer to say that I've written stuff that's more to my taste. But it does make me wonder what I can do to get my mathematics writing a little more visibility, especially when I hit an essay that I really do think has hit that sweet spot of having insight and prose worth reading.