Would you like to ride in my beautiful balloon

Only some small news around here this week. My parents are moving, sometime around May. There's another new apartment complex going up and they like the rent better. I'm not clear if it's still on the same island they've been living on, the one with the one bridge that floods every rainstorm, but I would understand them moving to a place with, like, two bridges. Anyway they finally got everything unpacked from the last time they moved, which is how you know it's time to move again. More on this as it comes to pass.

And since that's only a small bit of news, let me share a bunch of pictures from the BalloonFest in Howell. 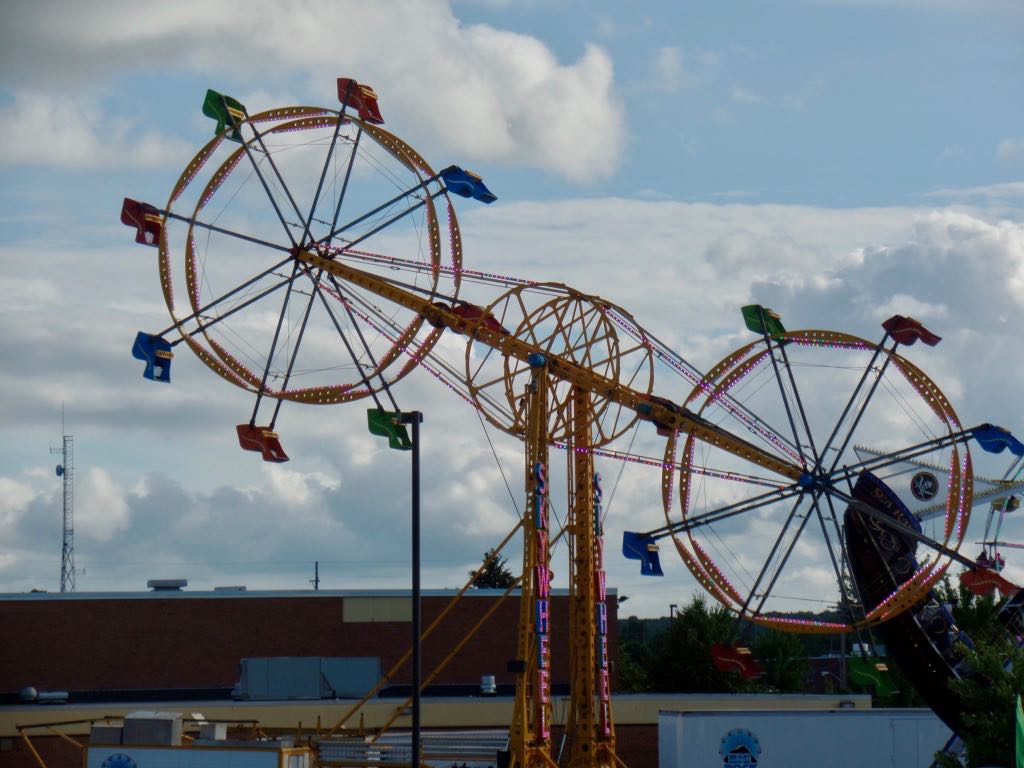 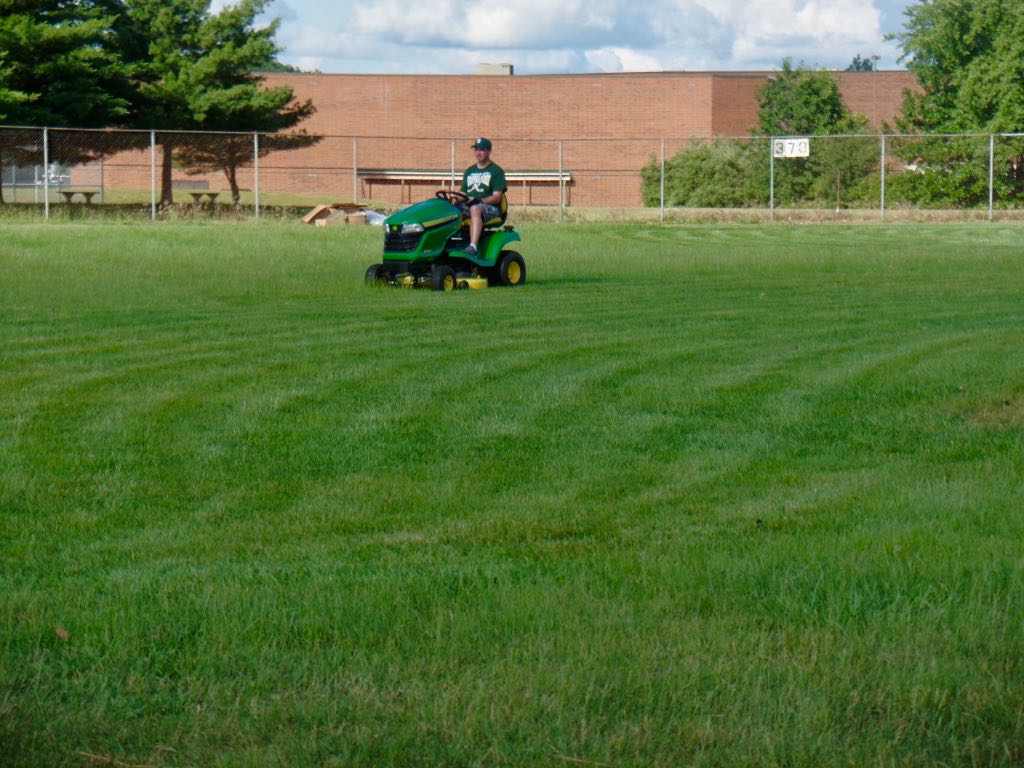 Or, if Guest148 doesn't want to ride something as intense as Skywheel, there's Lawn Mower 1. 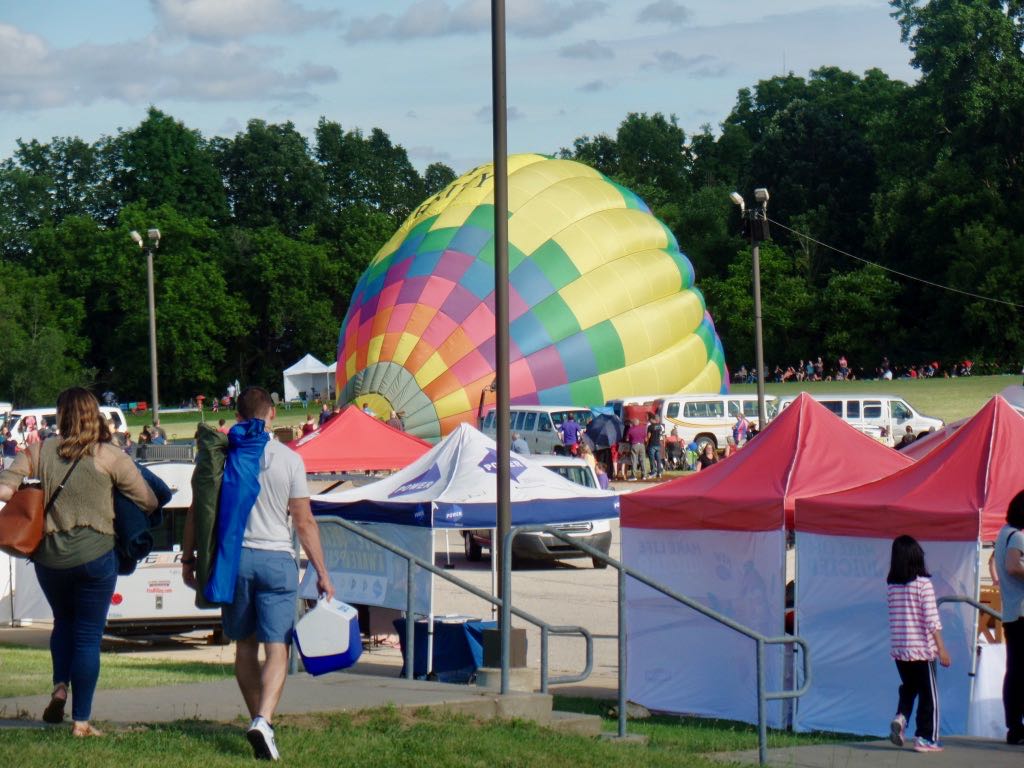 That balloon's getting readier to lift off! 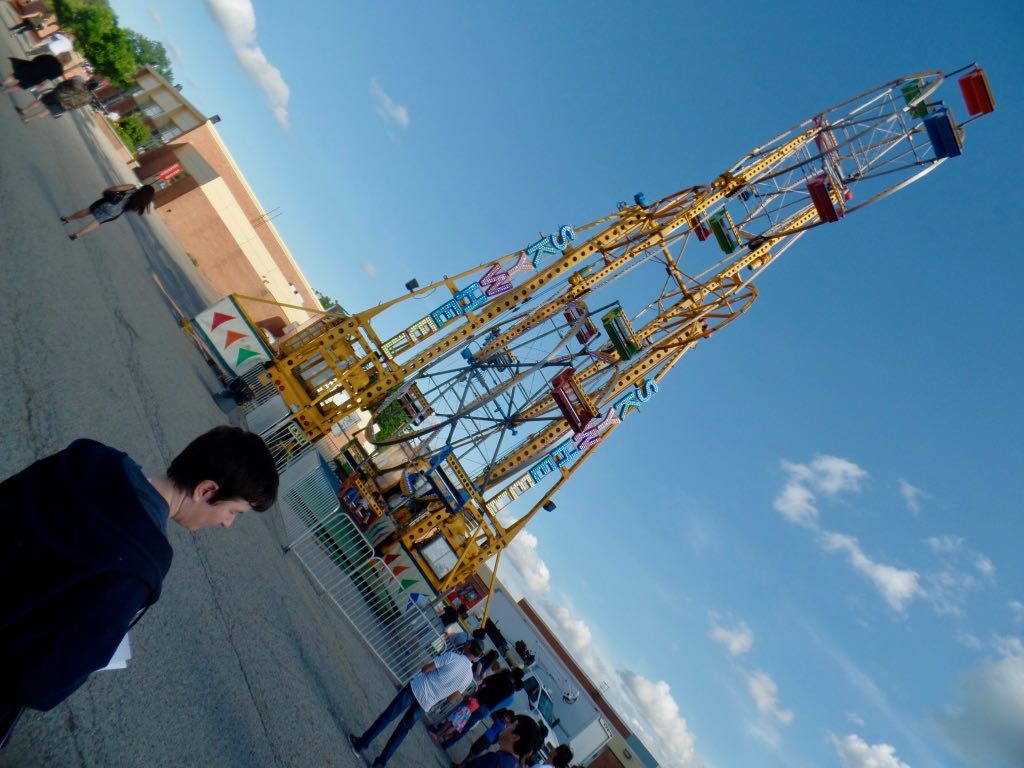 bunny_hugger hoping if she looks away then the Skywheel won't see her. She's not generally a fan of Ferris wheels and this is a peculiar variation on that. 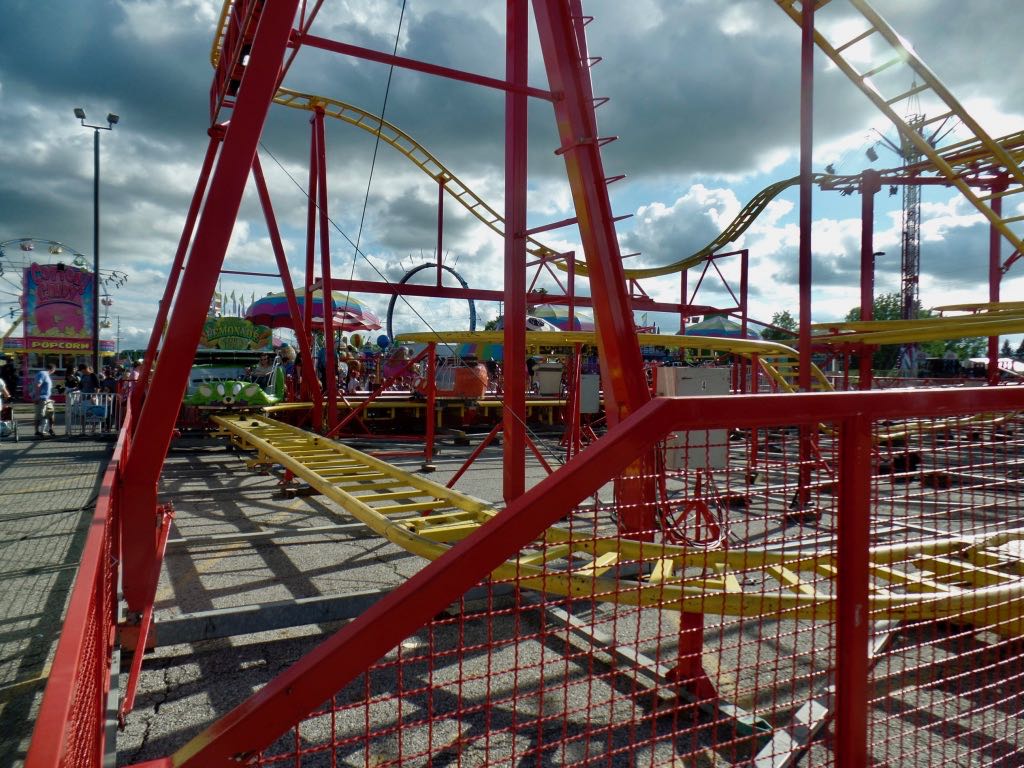 The Wild Mouse! One of two roller coasters at the fair and so one of the two things that drew us to the fair as opposed to doing something else that day. 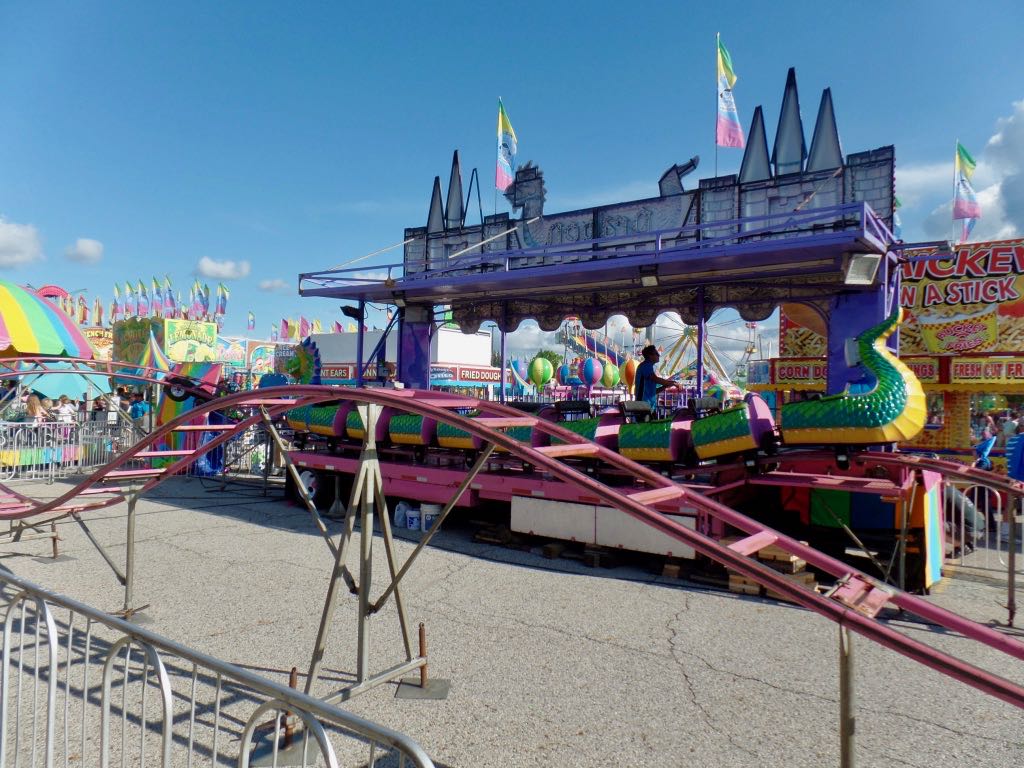 Dragon Wagon, the other of the roller coasters there. It didn't accept adult riders (some places will). Here, though, we get to see it from the back. 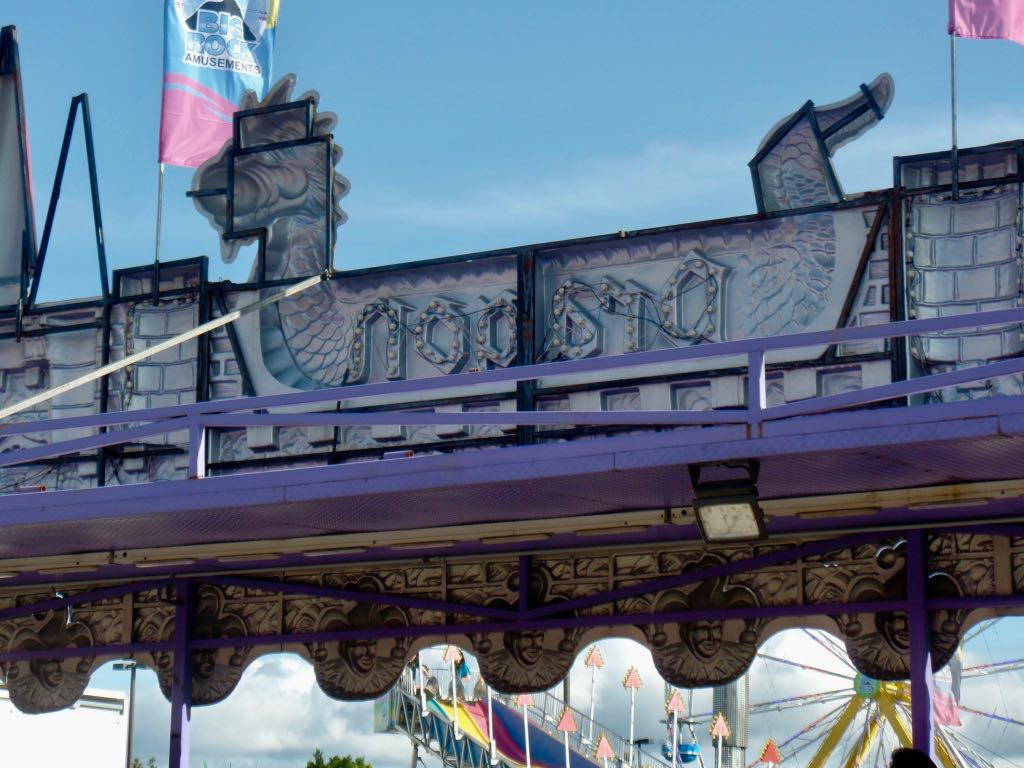 Close-up on the Dragon Wagon logo as seen from behind. I didn't know the metal was moulded like that. 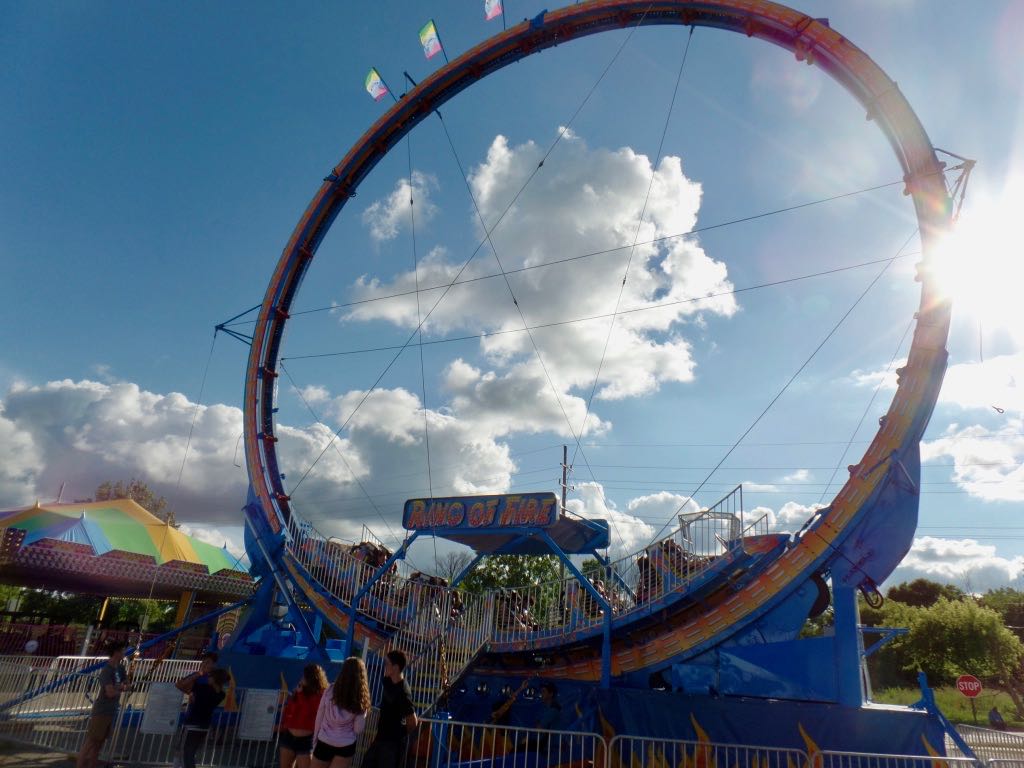 The sun burns its way through the Ring of Fire. 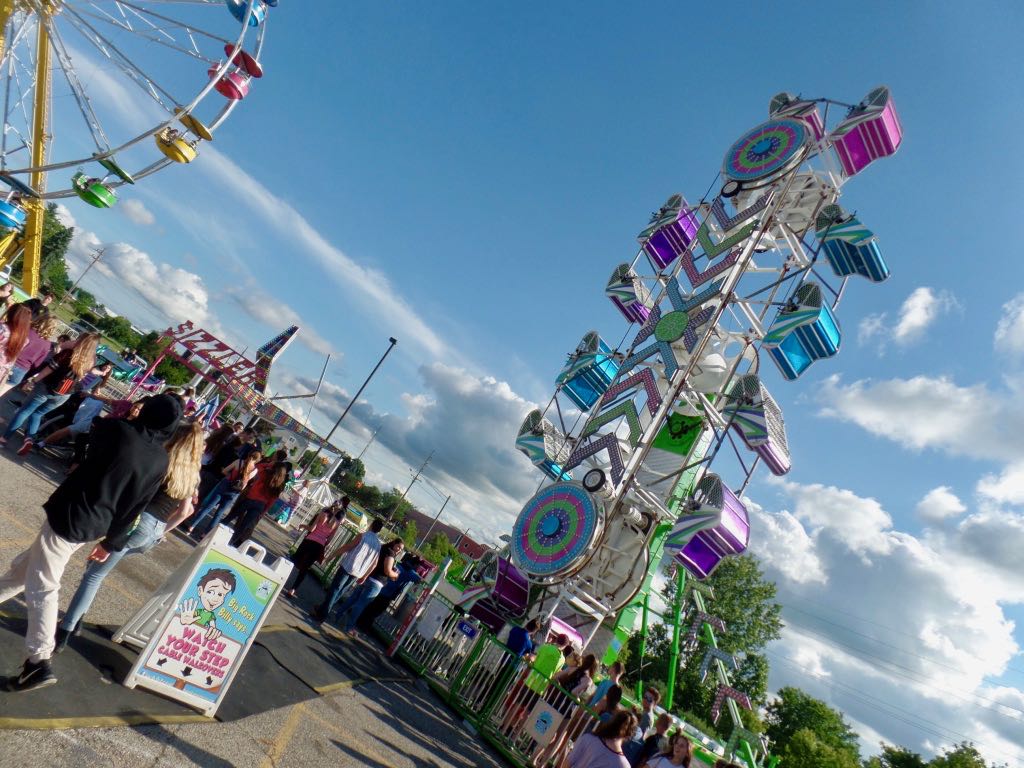 And a zipper which we did not ride, for the reason of take a look at that thign. 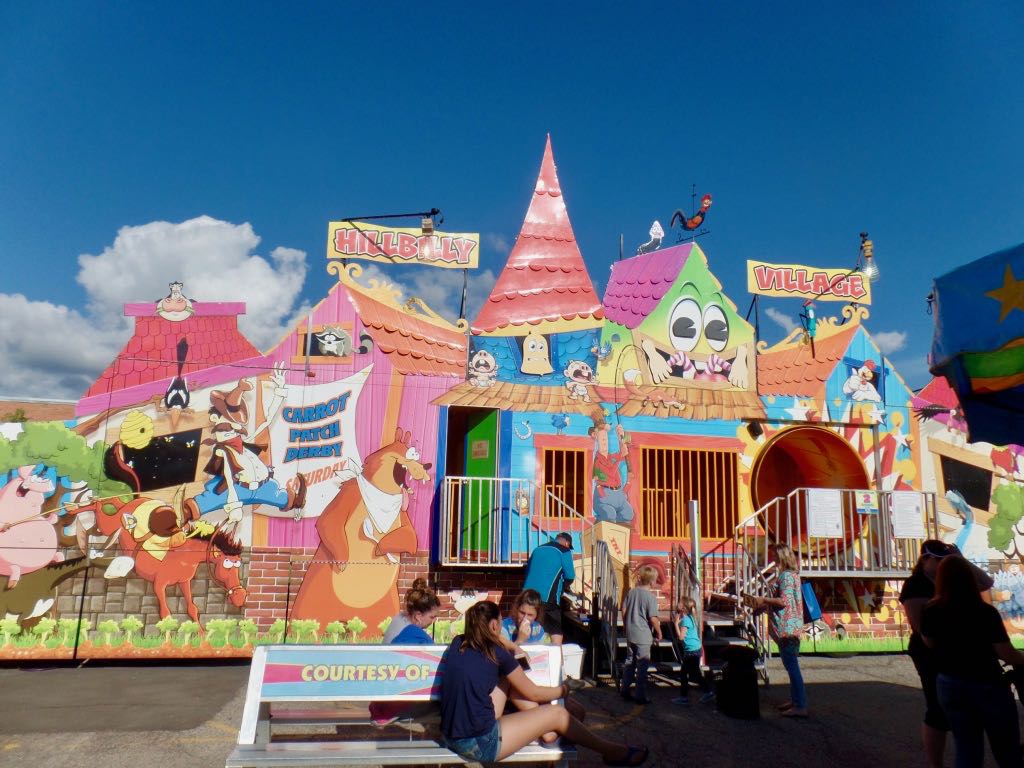 Funhouse attraction with a lot of pretty fun-looking cartoon mayhem art on it. 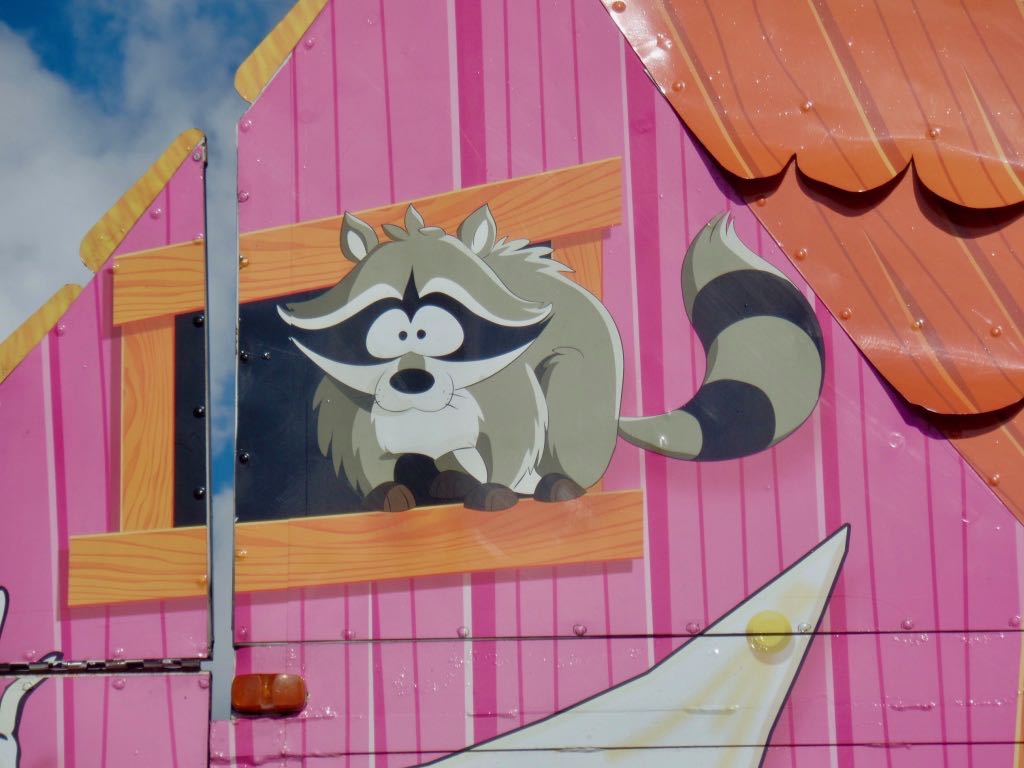 Raccoon looking out over top of the Carrot Patch Derby. 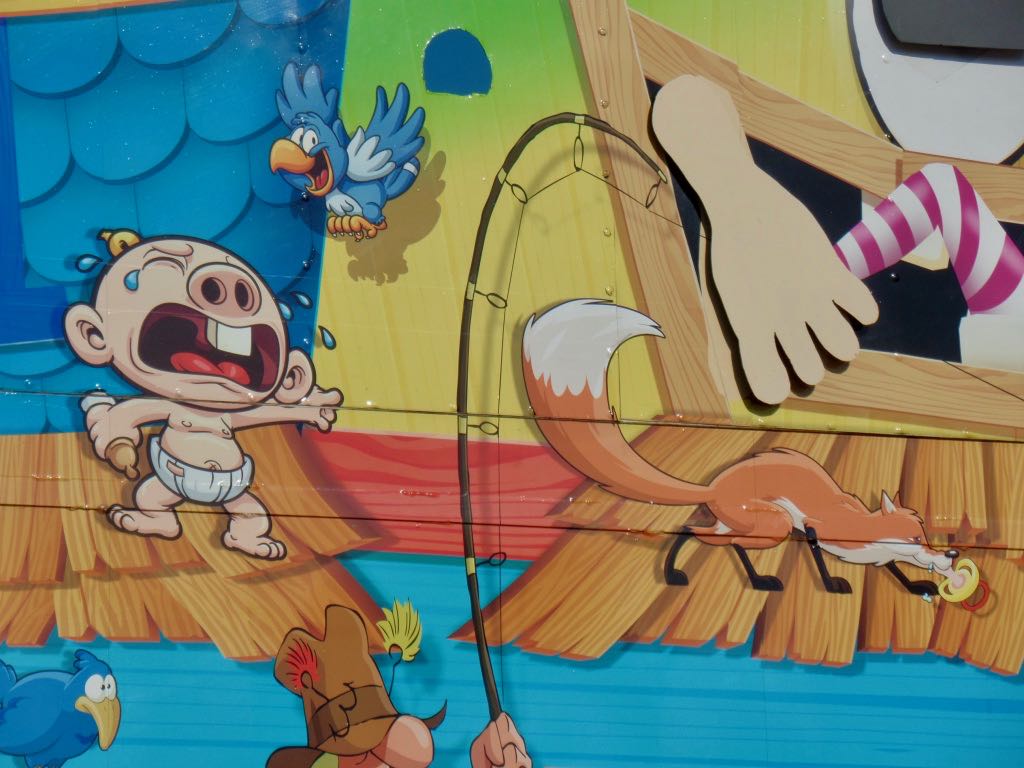 Trivia: Washington-Hoover Airport, serving the nation's capitol in the 1930s, had a public road run down the main highway; guards had to flag down traffic when a plane took off. Source: Naked Airport: A Cultural History of the World's Most Revolutionary Structure, Alastair Gordon.

Currently Reading: The Museum of Hoaxes: A Collection of Pranks, Stunts, Deceptions, and Other Wonderful Stories Contrived for the Public from the Middle Ages to the New Millenium, Alex Boese. I am surprised that the Cazique of Poyais didn't get mentioned among the 19th-century swindles. This was Gregor MacGregor's investment scam, selling bonds for the fictional Honduran province of Poyais. Snagged like £200,000 doing it the first time, and went back for a couple more rounds after the scam was found out.