We could float among the stars together, you and I

I got in four posts on my mathematics blog this past week. More amazing, though: only one of them was a comics post. Here's what you missed:

That is a bunch of me talking about other stuff, and half of it has something like inferred mathematical content. Huh. Meanwhile, in the story comics, I look at What's Going On In Mark Trail? Did Mark Trail leave Harvey Camel for dead? With a side of ``Why does Mark Trail look weird lately'', which I don't really know, but am told it's because the artist has had to work away from home while taking care of family. It's one of the plot recaps that's been the most fun to write in a long while, though. 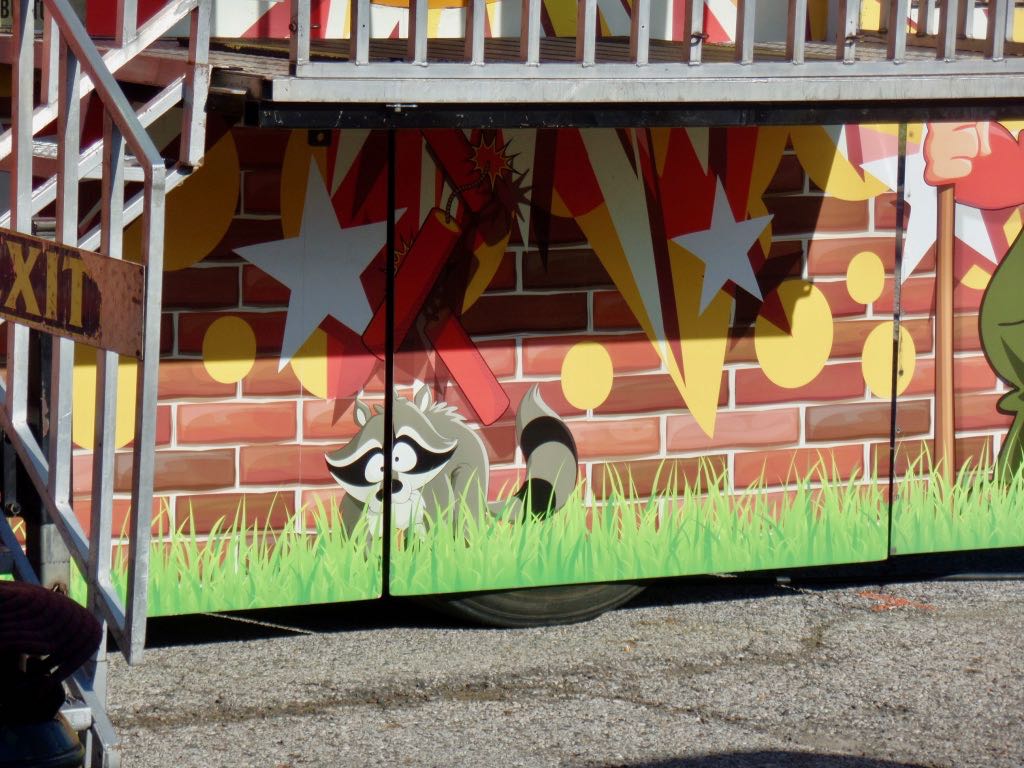 More of the funhouse art, here showing off that raccoon again having a bit of a day with the firecrackers. 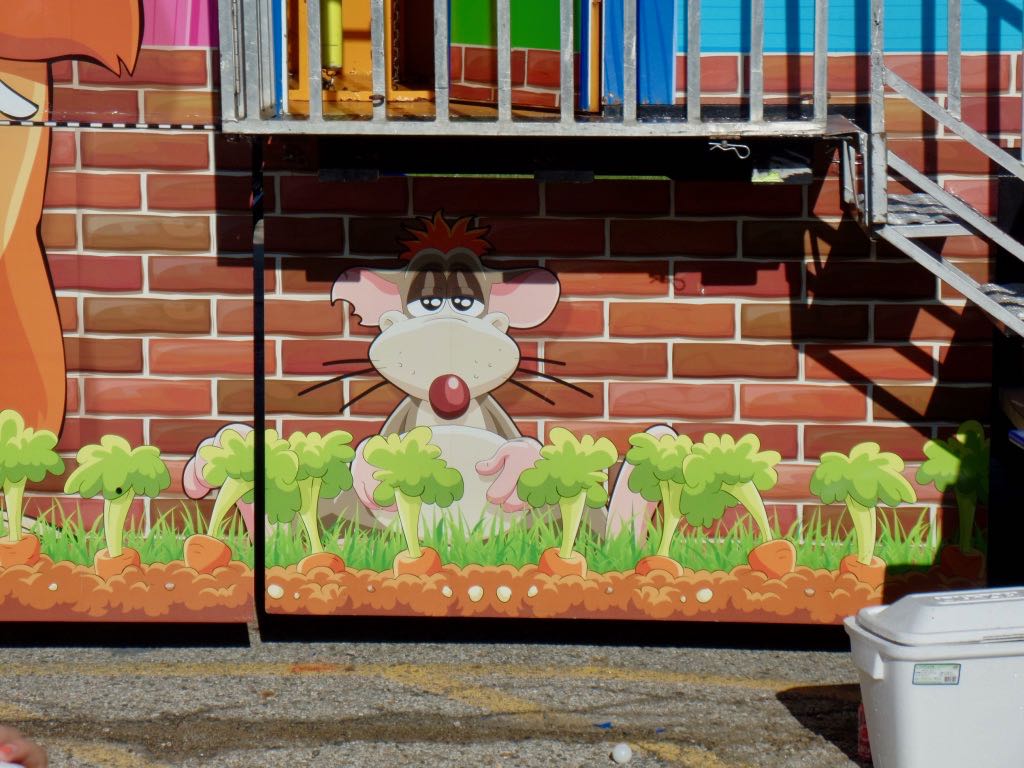 And here we see a cartoon representation of the well-known affinity that mice or rats have with ... carrots. 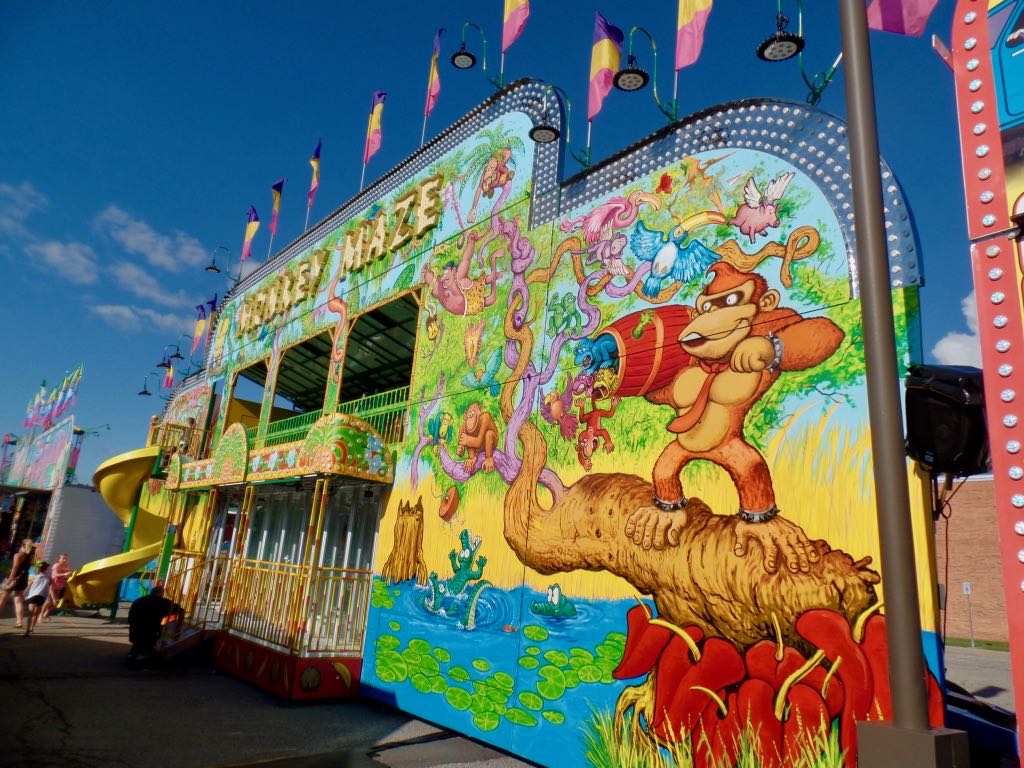 The Monkey Maze has a bunch of further interesting art, such as that gorilla spilling out the barrel of monkeys while waring a tie, spiked collars, and sporting Lio's hair. 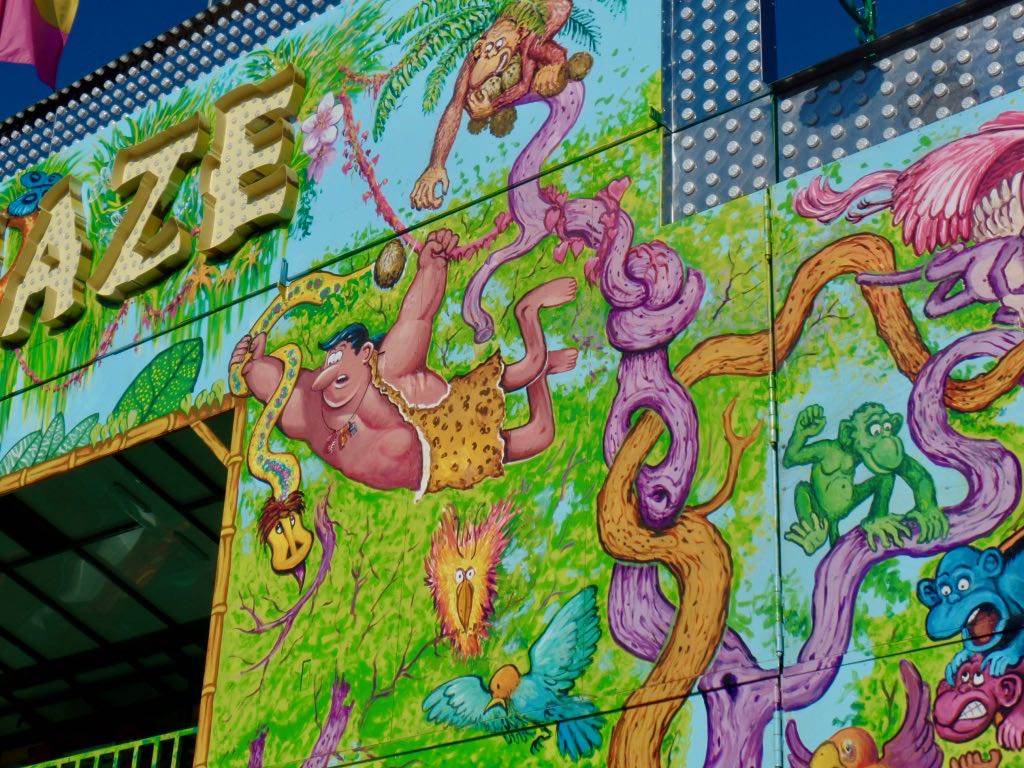 Some more miscellaneous mayhem on the Monkey Maze. 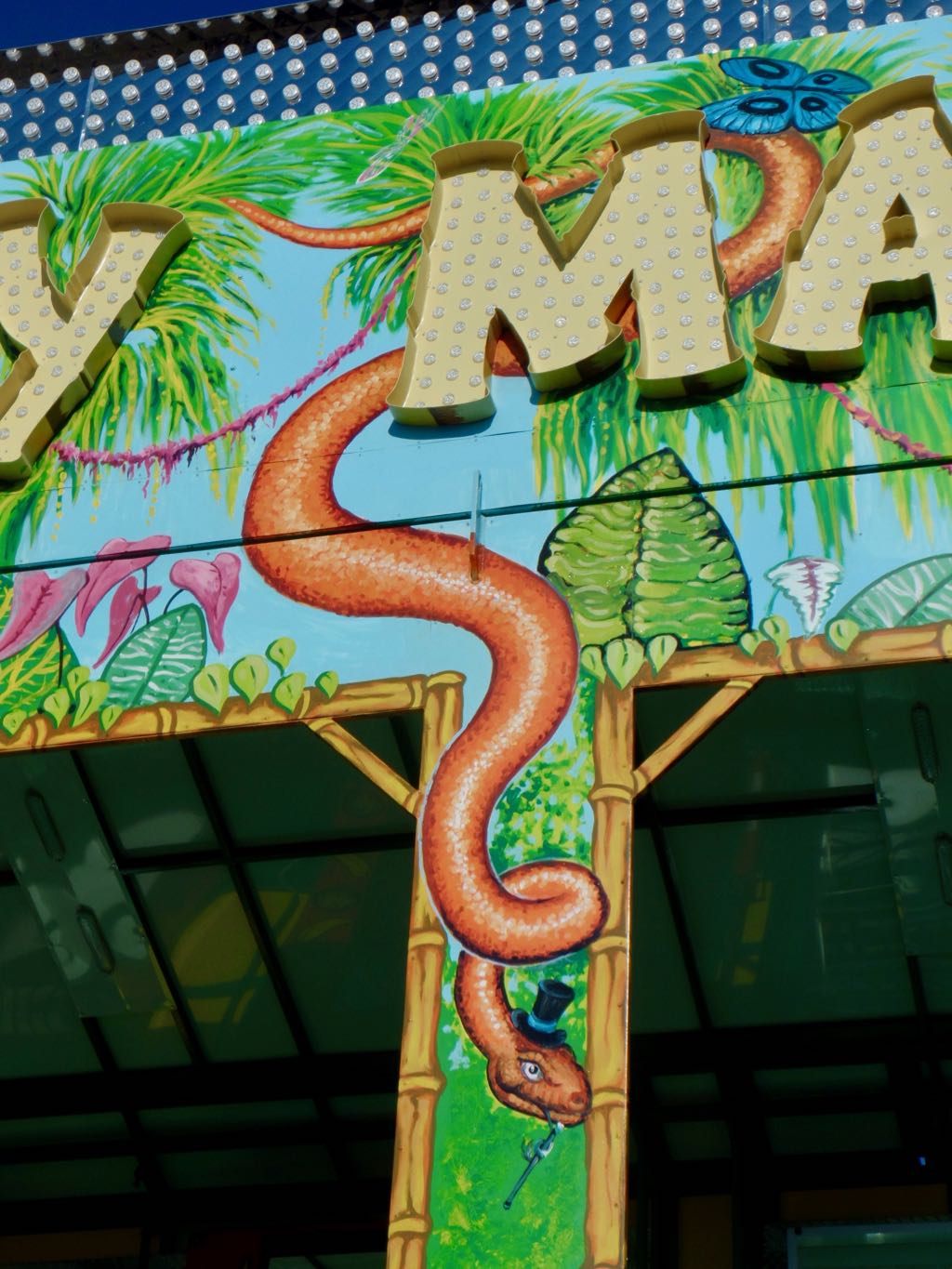 No, of course that snake doesn't have a deuling pistol in his mouth. It's a cigarette holder? I think? There's further questions to be raised here. 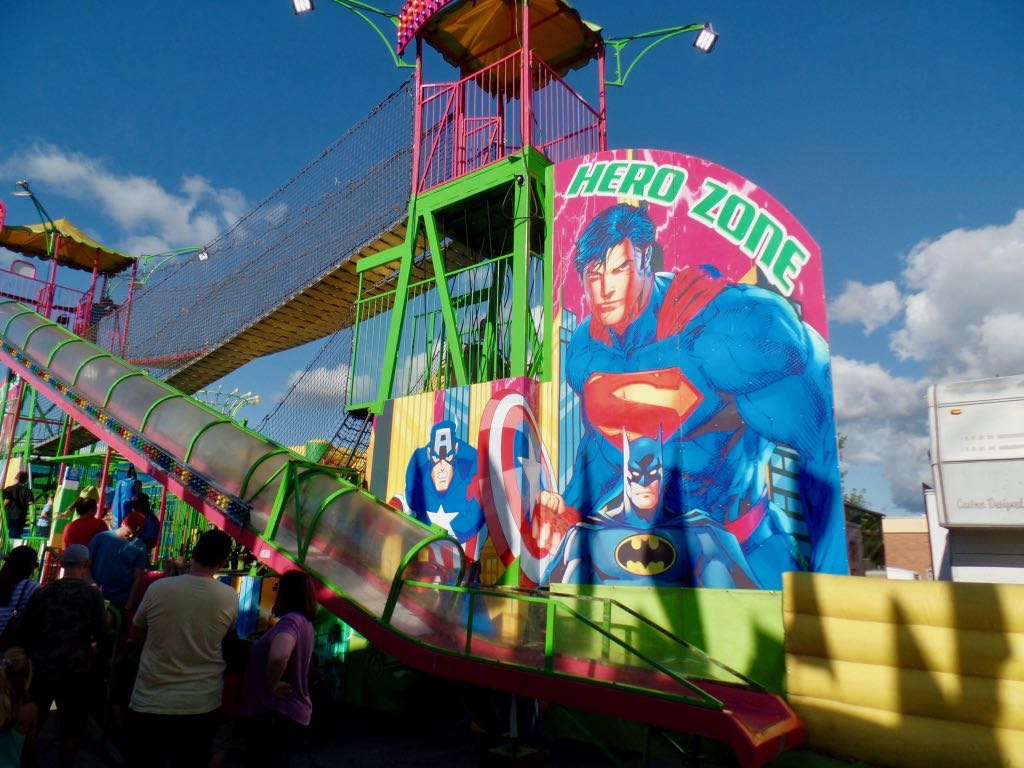 You need the superheroes of the 40s in order to face up to the slide. 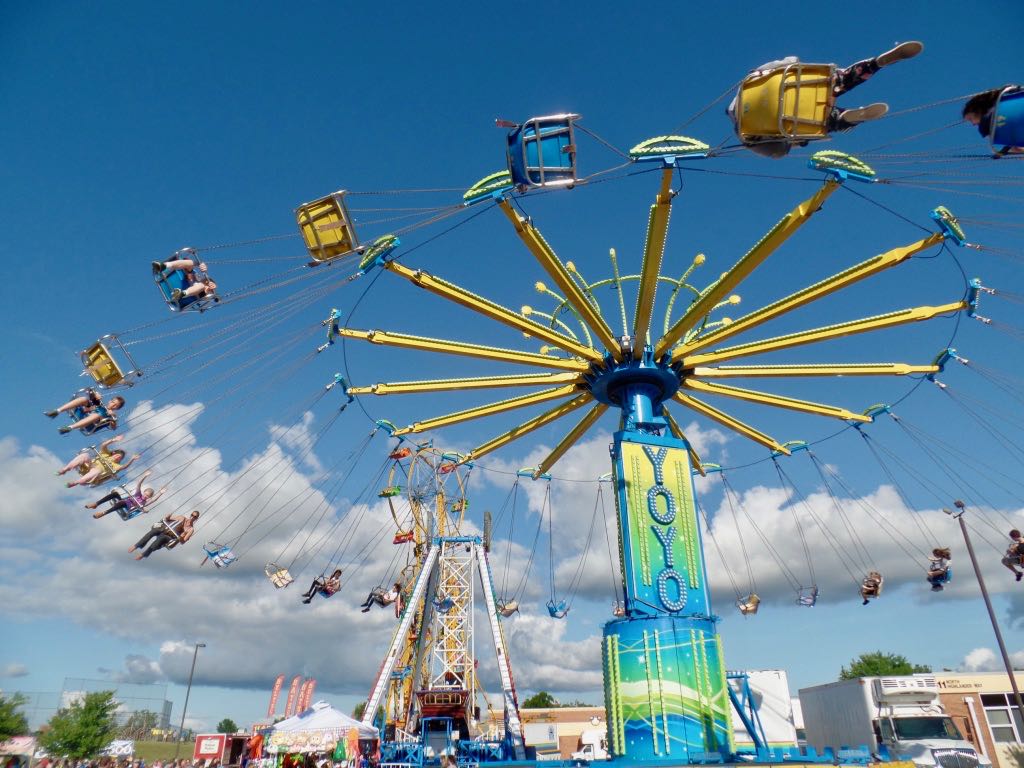 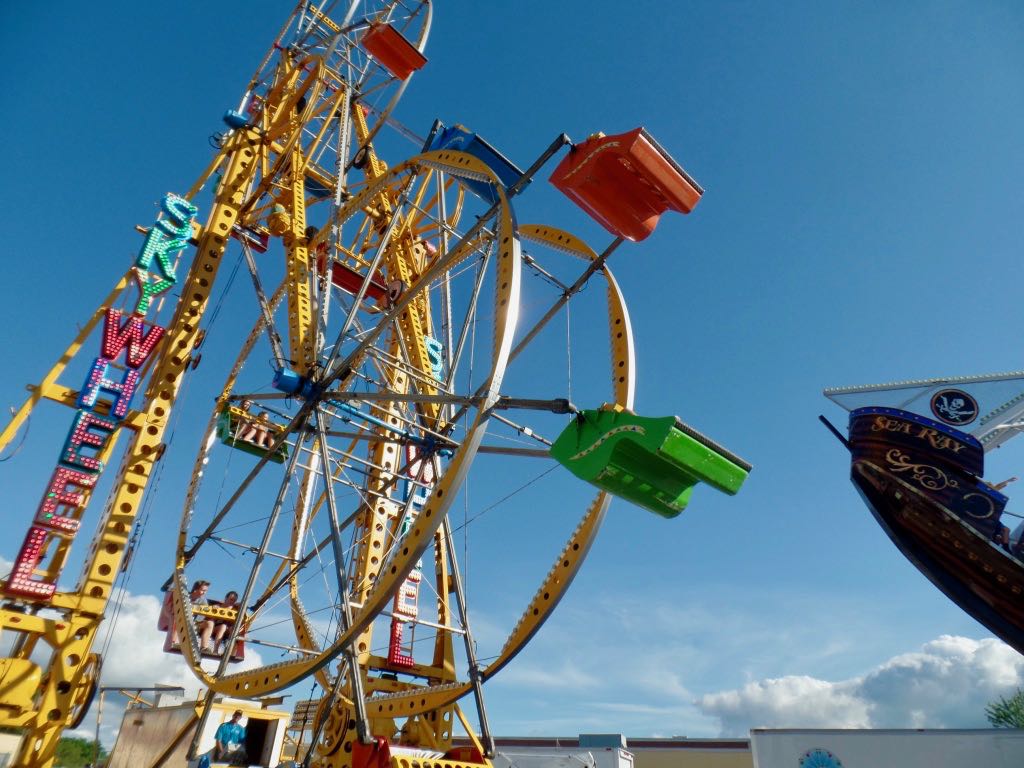 View of the Skywheel as the swinging ship rocks into frame. They went all out getting rides together for this festival. 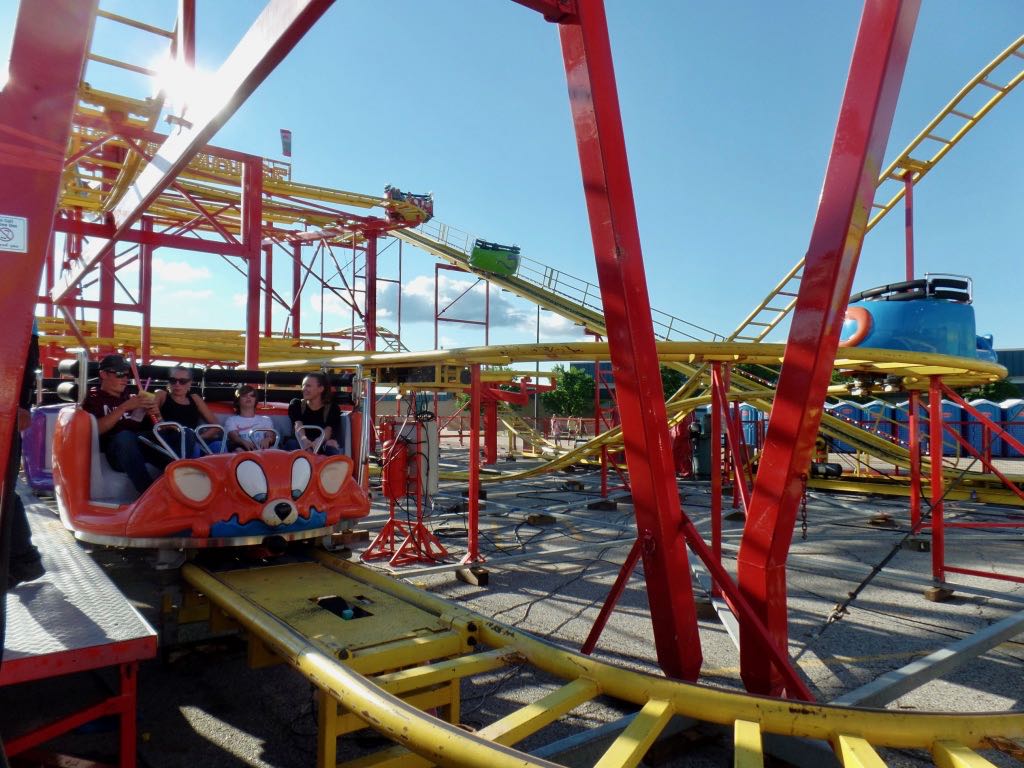 Mighty Mouse, the spinning wild mouse coaster, seen up front. There's one with similar car designs at Kennywood and DelGrosso's and I don't know but think that it's the same track layout. 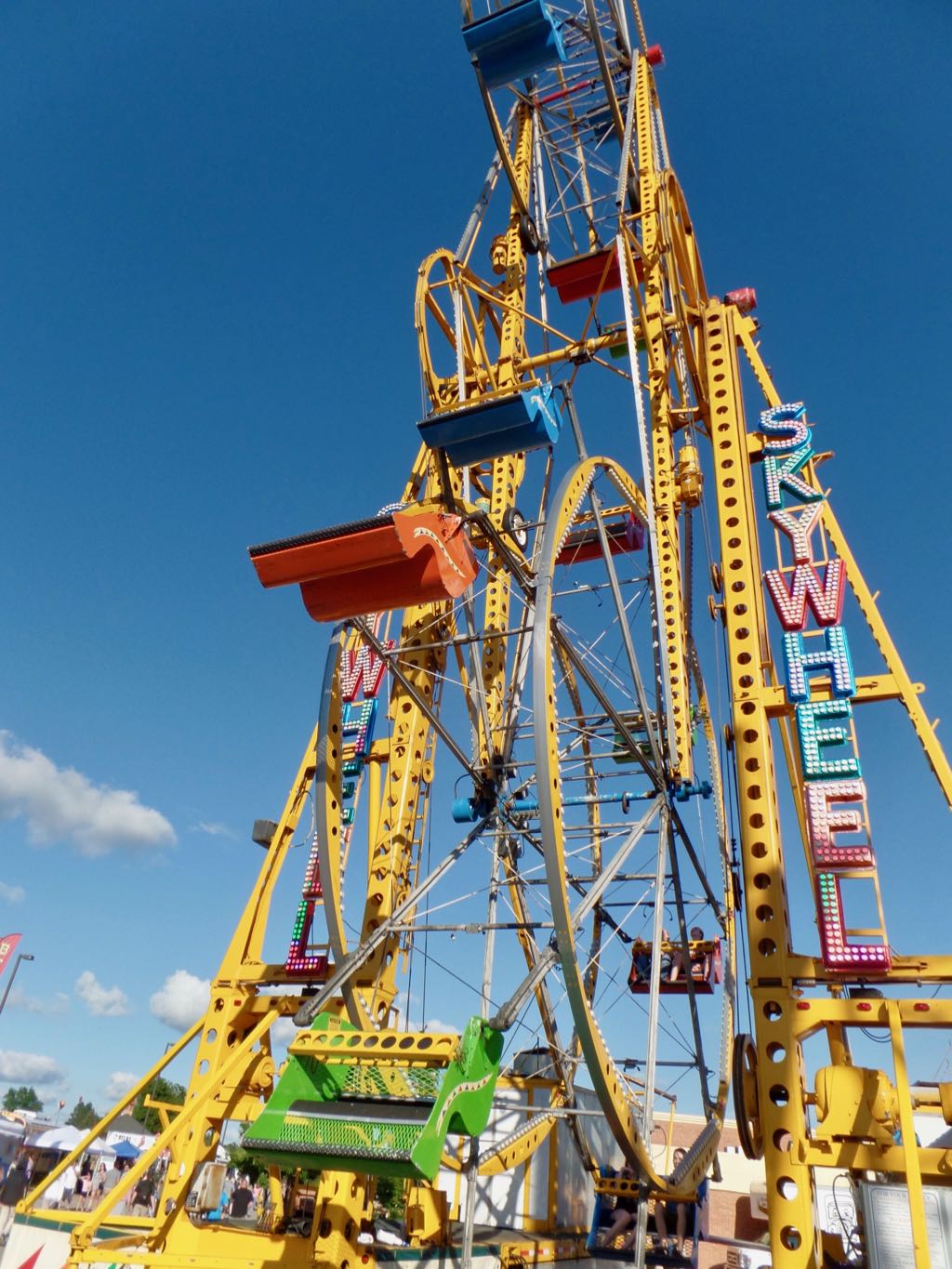 bunny_hugger decided she did want to try riding it, since these wheels are becoming rare --- this was the first she'd seen in years --- and who knows when or if there'll be another chance? 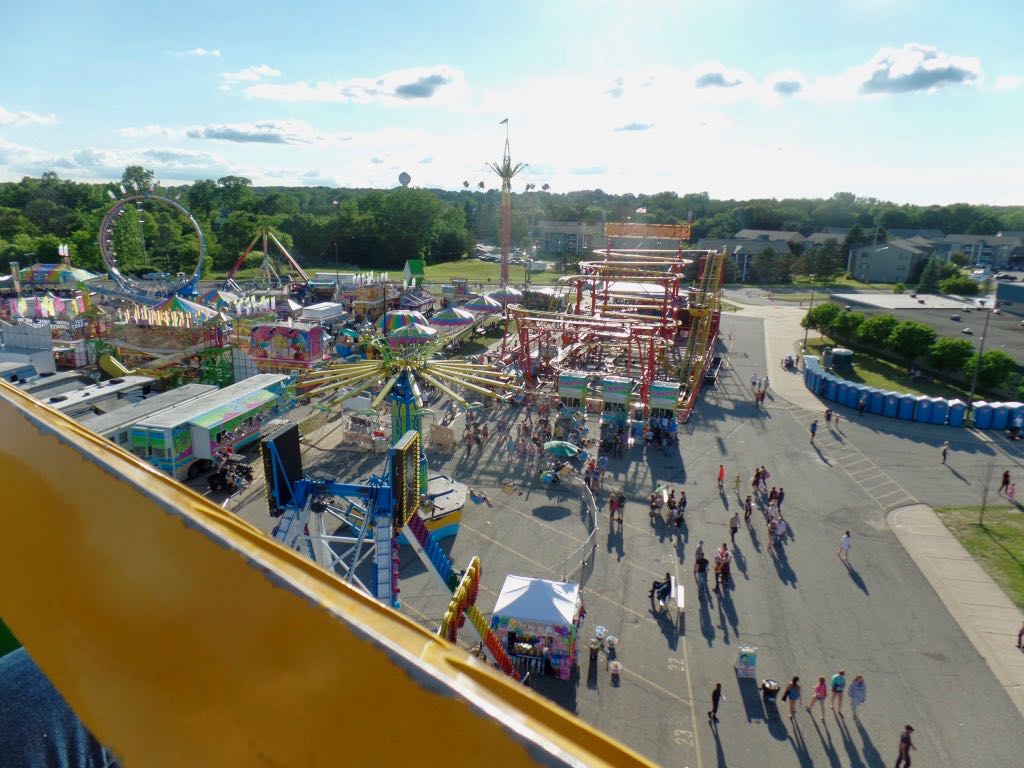 From on the ride we get a pretty nice view of the semicircle of portable toilets, off on the right. 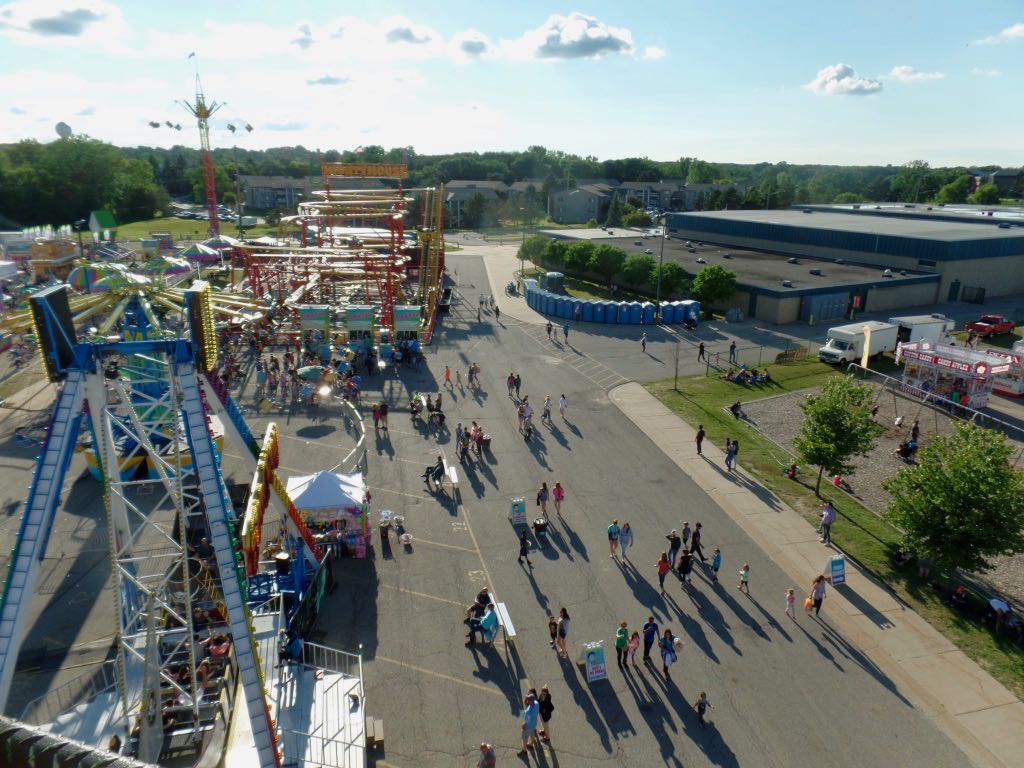 Looking down at the fairgrounds in the later-evening sun.

Currently Reading: The Museum of Hoaxes: A Collection of Pranks, Stunts, Deceptions, and Other Wonderful Stories Contrived for the Public from the Middle Ages to the New Millenium, Alex Boese. Disappointed now that the salad-oil scam didn't make the cut.