The world's a nicer place in my beautiful balloon

And now let's bid farewell to BalloonFest. We were there only a couple of hours, for sufficient reasons. 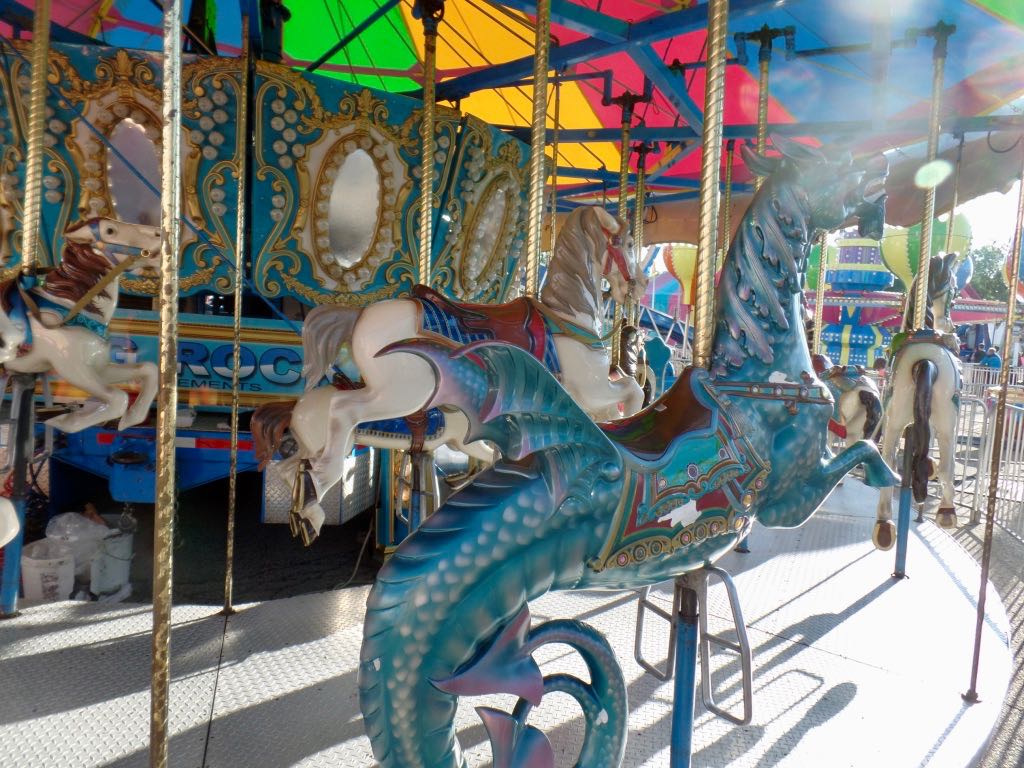 A good last look at the carousel, and the sea horse mount. 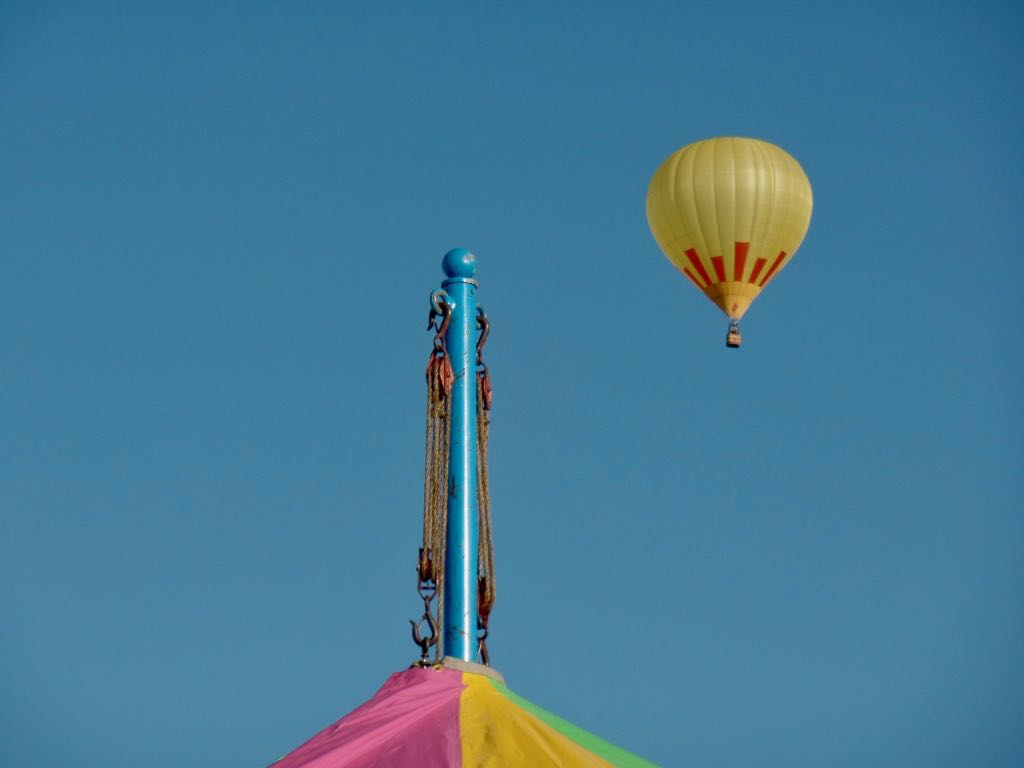 Another balloon taking off! And, oh, hey ... 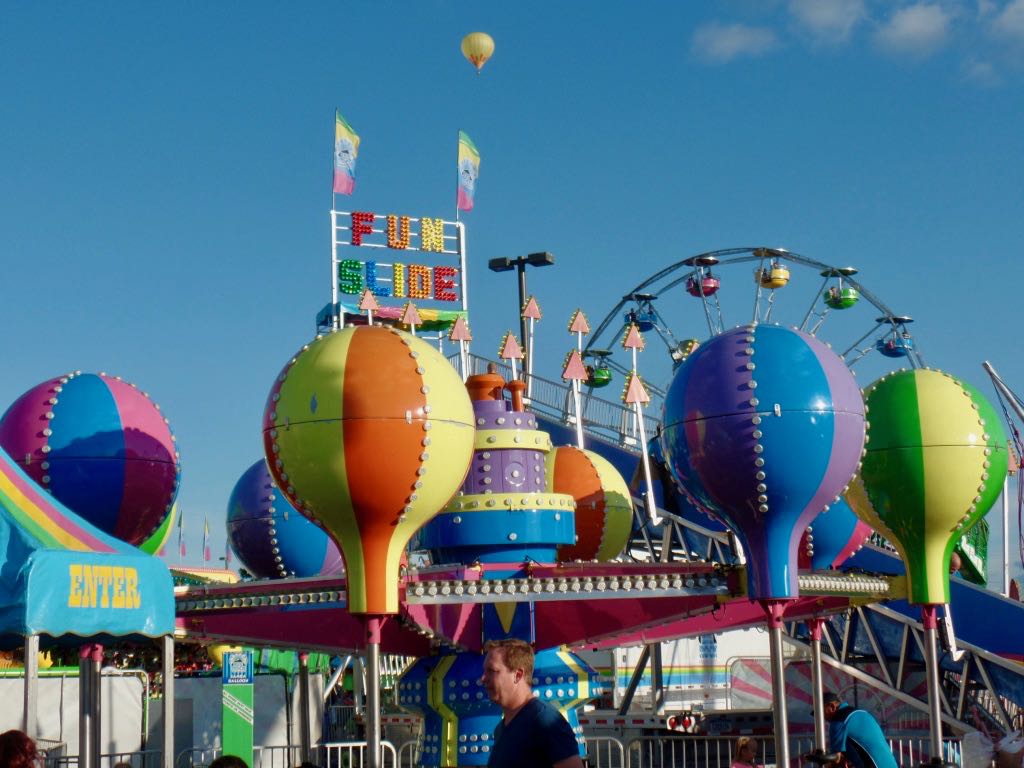 So I realized that the actual balloon was in sight of the Balloon ride. 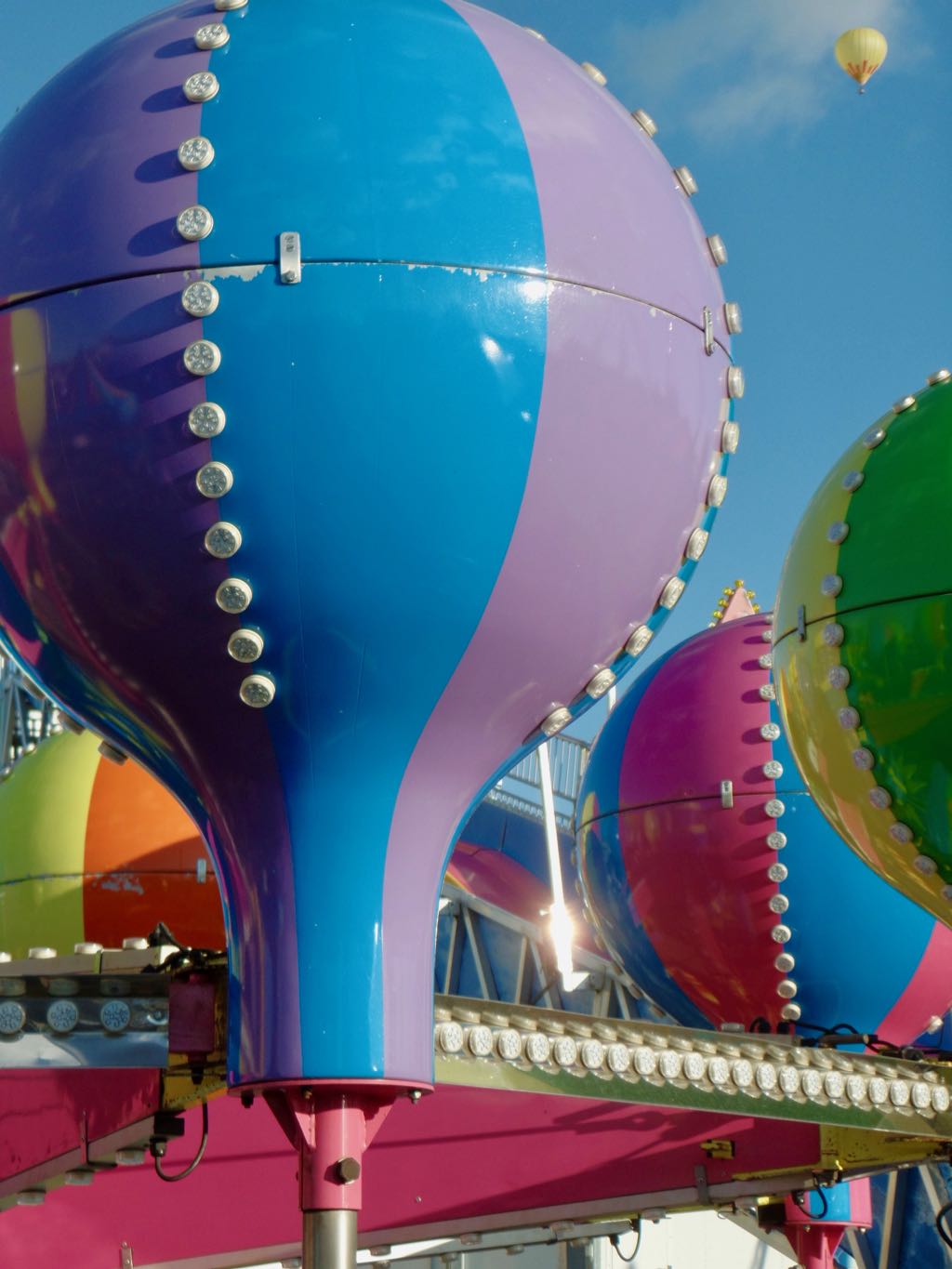 And then I realized I could make a better picture of the Balloon ride with a balloon that's gone off on its own. 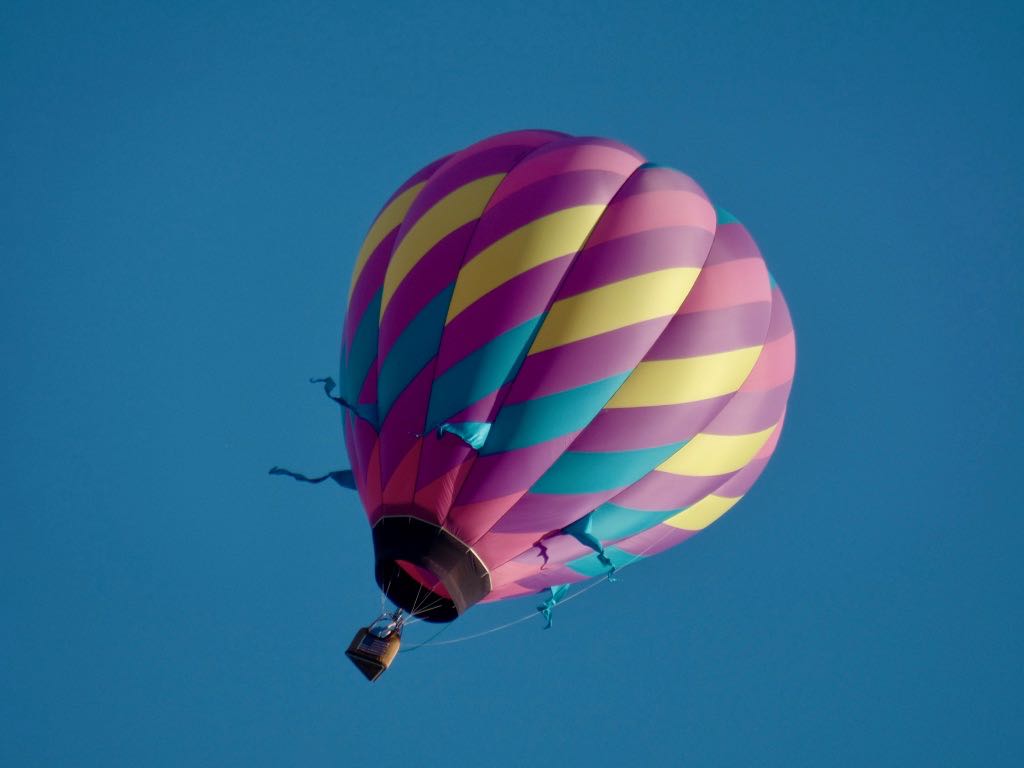 And there's another! These hot air balloons are just all over the place. 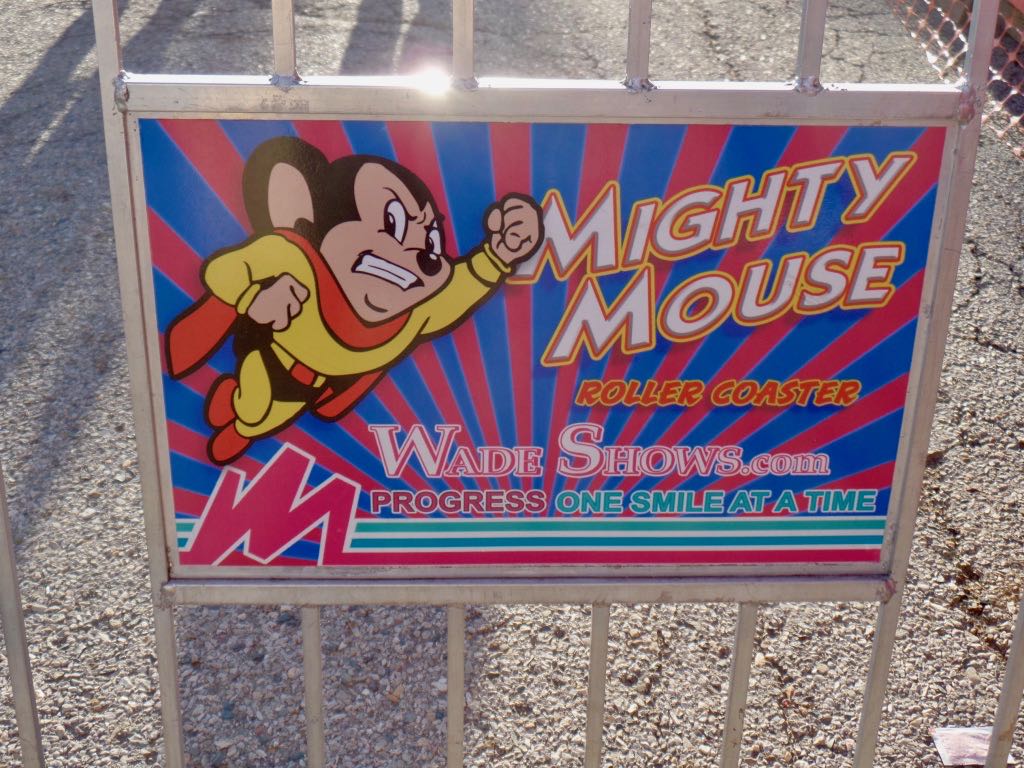 And here the sign for the Mighty Mouse, the ride which would be 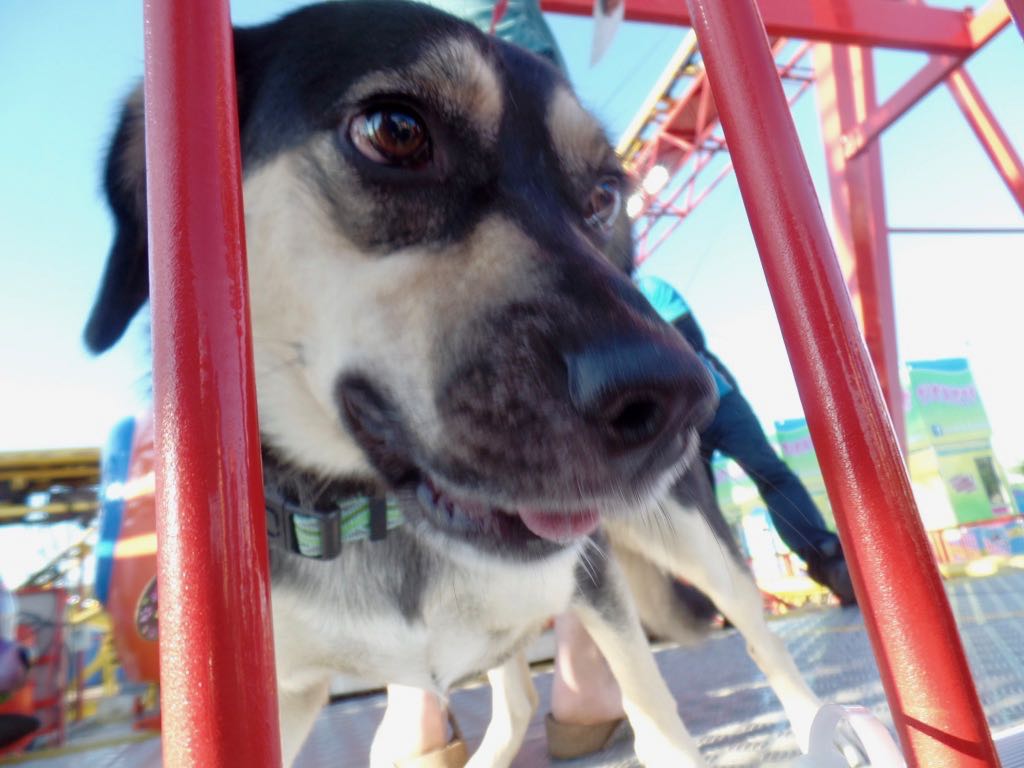 And someone brought their doggo along to BalloonFest! I do not believe the dog was taken on the roller coaster because that would be really quite bad. 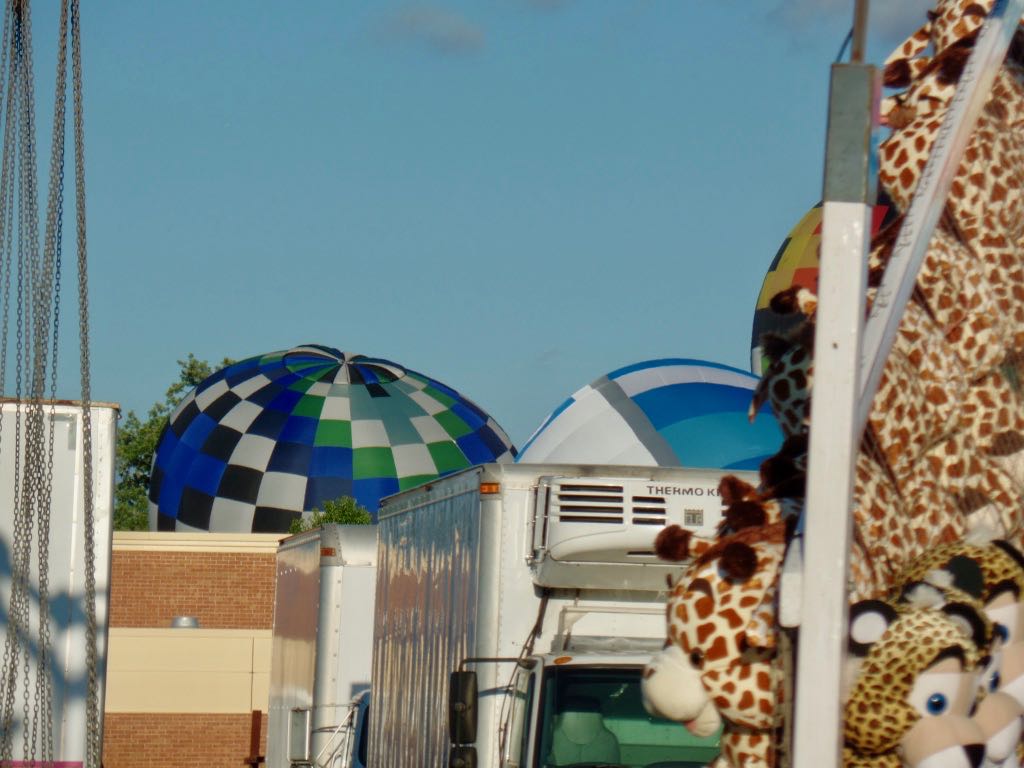 Couple more balloons trying to get into the act. 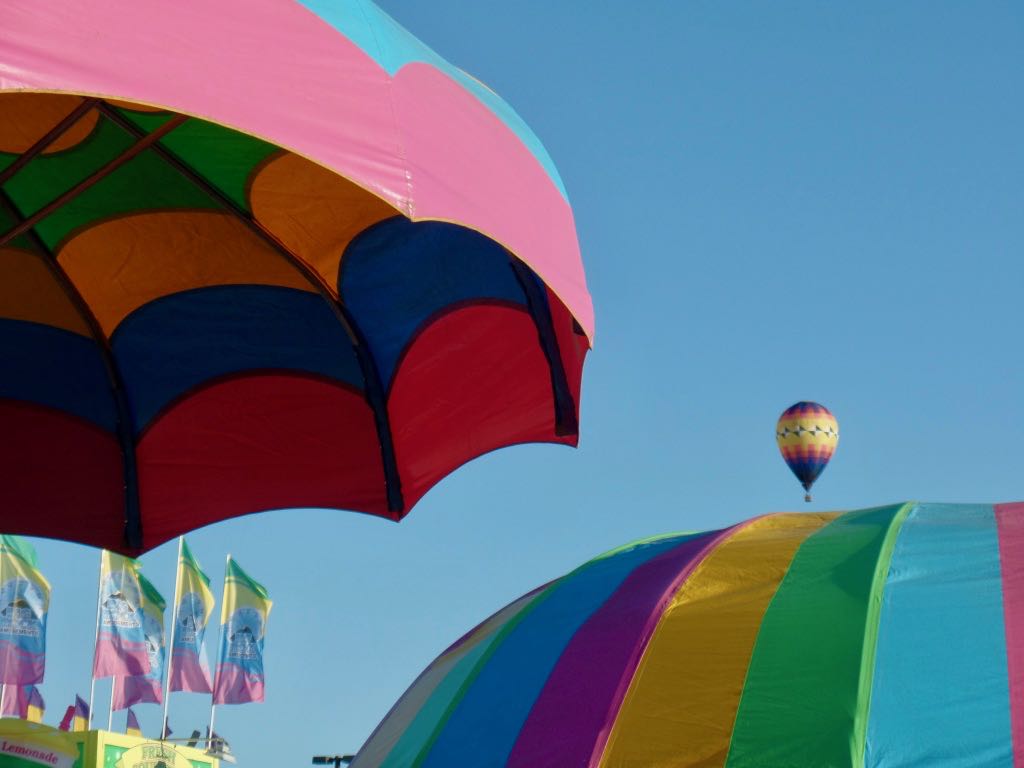 I like this shot for the way it suggests the ride canopies might just be balloons on their own. 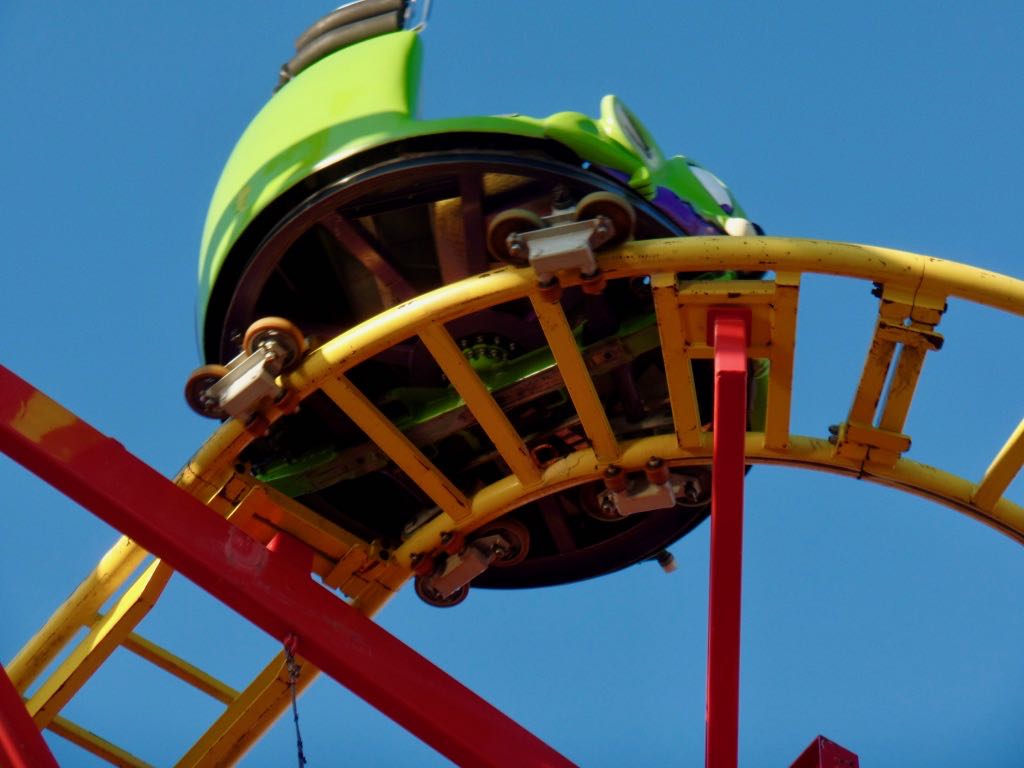 Under-ride shot of the Mighty Mouse, which also shows off the upstop wheels which run underneath the track and make it why roller coasters can't jump off the track. 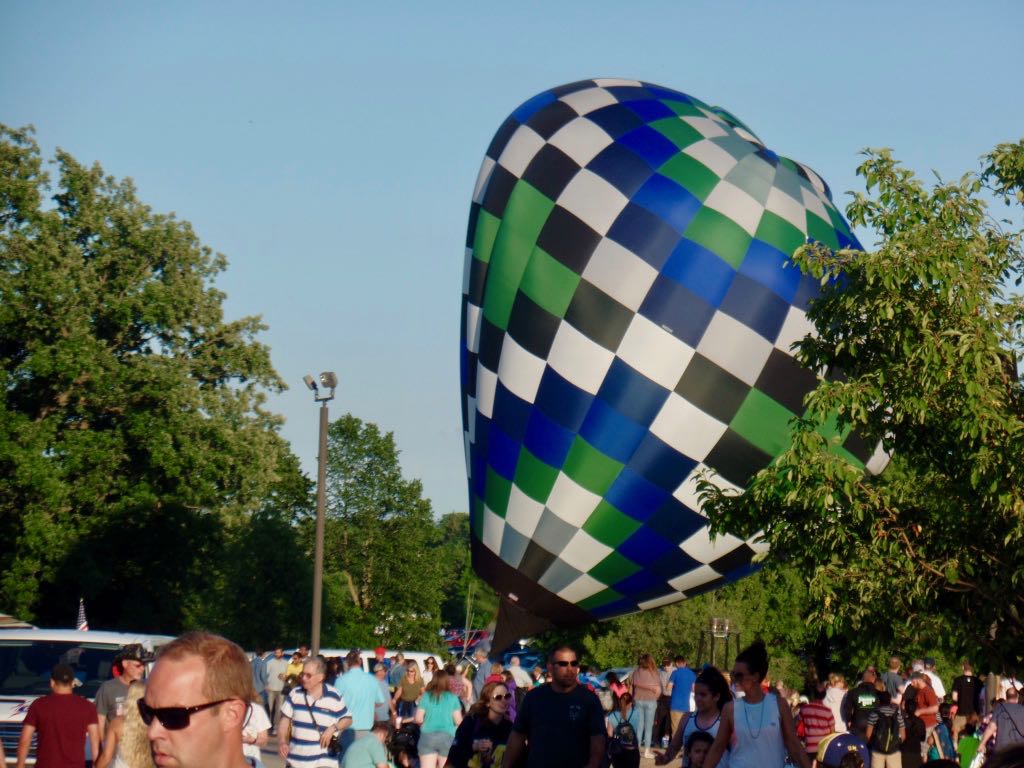 Ah! One more balloon's just about ready to go, and ... 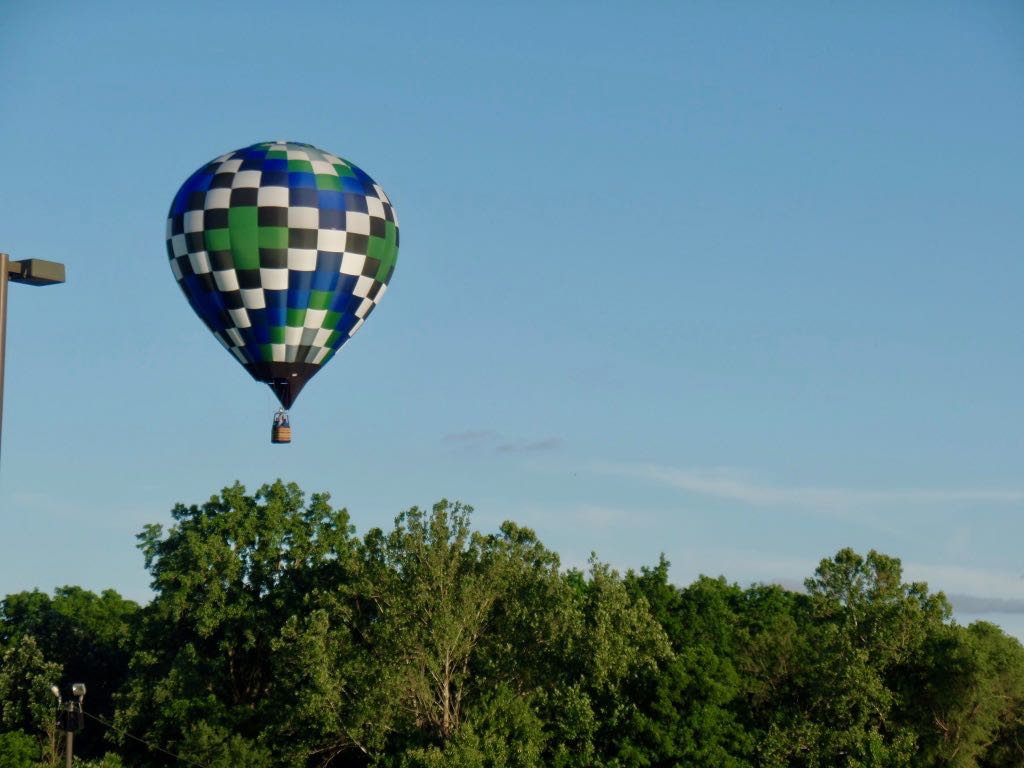 Bye! Although BalloonFest would run a couple more hours, we weren't going to be there for it. Why not? ... Watch this space.

Trivia: Though vanadium is believed to be an essential metal, a human's lifetime need for the material seems to be under 30 grams. Source: Molecules at an Exhibition: The Science of Everyday Life, John Emsley.