bunny_hugger's school has extended the virtual classes through into April, which we had expected. I will not be surprised if they keep this up the rest of the semester. Michigan State and the University of Michigan have already and I have to expect their actions are giving permission to everybody else in the state.

Motor City Fur[ry] Convention has postponed, which we were expecting they'd do. They waited until after the Governor called for the cancelling of events of more than 250 people. We thought they might wait for a government declaration too, since that probably makes it easier to not lose deposits or shatter contracts with suppliers. It's unfortunate but we do wholly agree with it. It also caused the cancellation, or at least postponement, of a pinball tournament. Vix was going to bring an Earthshaker, the late solid state game, and

bunny_hugger had registered it with the International Flipper Pinball Association to run a sanctioned tournament at the con. That's now postponed and possibly called off, depending on whether Vix will be able to bring the game whenever the con is rescheduled for.

bunny_hugger's classes being cancelled^W going virtual would be that we would have Monday evenings free, and could go to Chesterfield Pinball League. It's a two-hour drive getting there and that eats up too much of a class night. But they've suspended their league, for the crisis. That's a bit unsettling as the league's run by an actual medical doctor. I don't know whether he's acting on a more pessimistic interpretation of information than we mere hoi polloi have, or whether he's clearing his schedule as much as possible.

We've still got the March Hare Madness charity pinball tournament scheduled for Wednesday. But we're also watching the news and trends closely and thinking out whether this too has to be postponed. 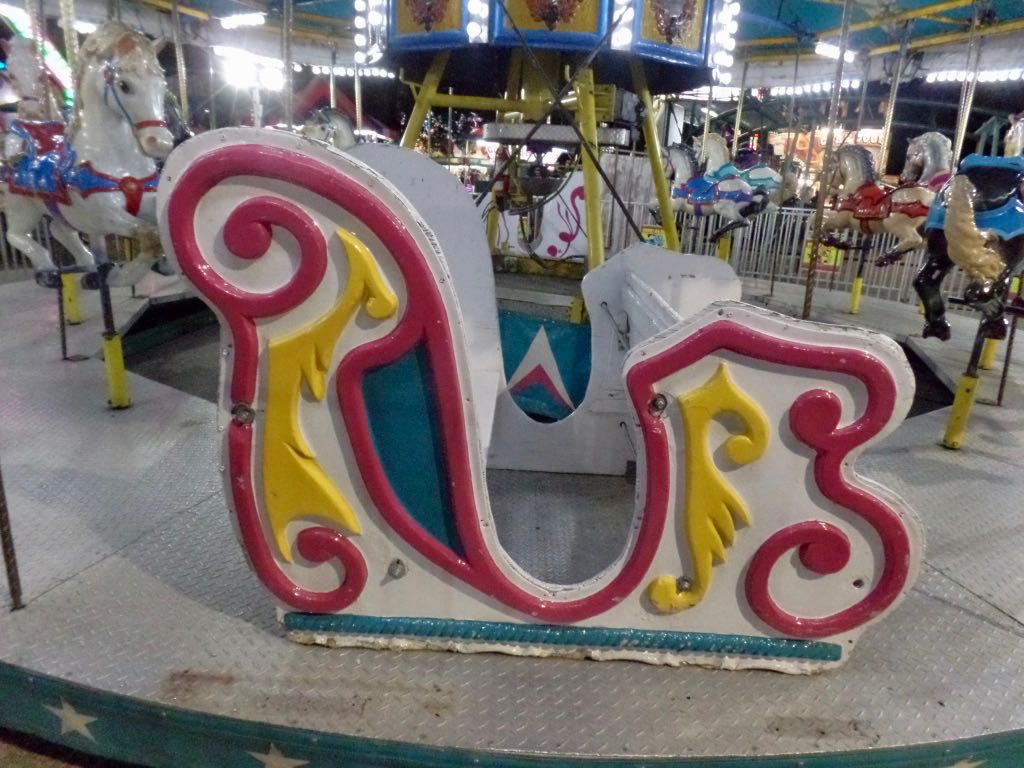 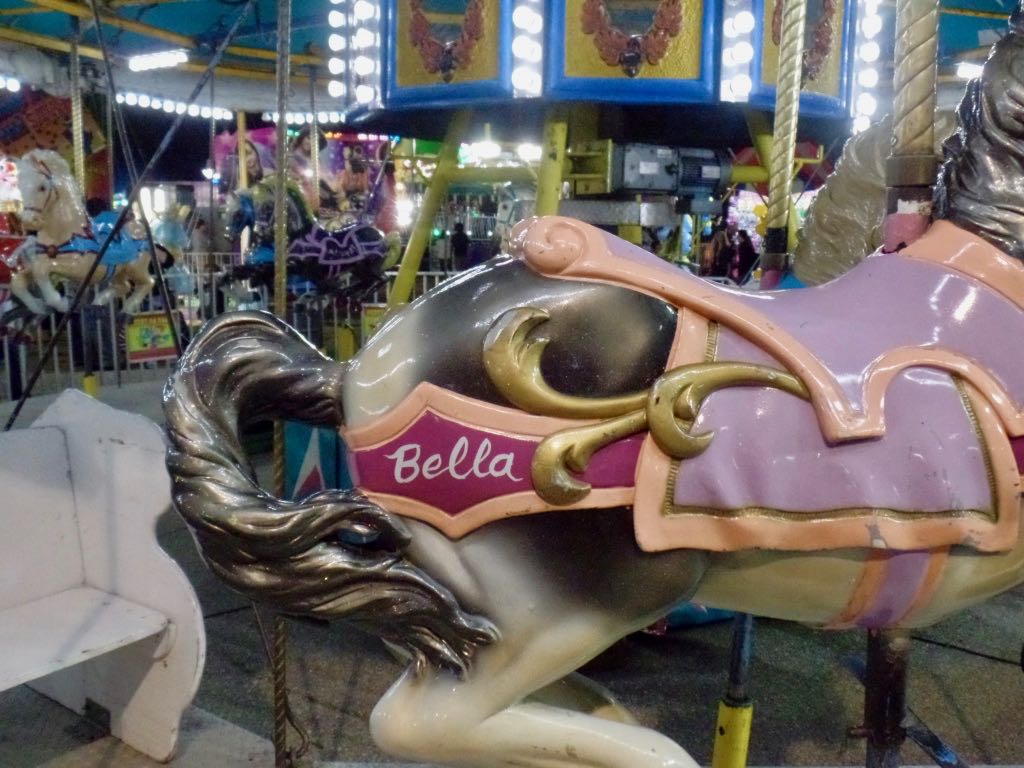 Some of the horses have names on their saddle and gear, which is a nice personal touch. 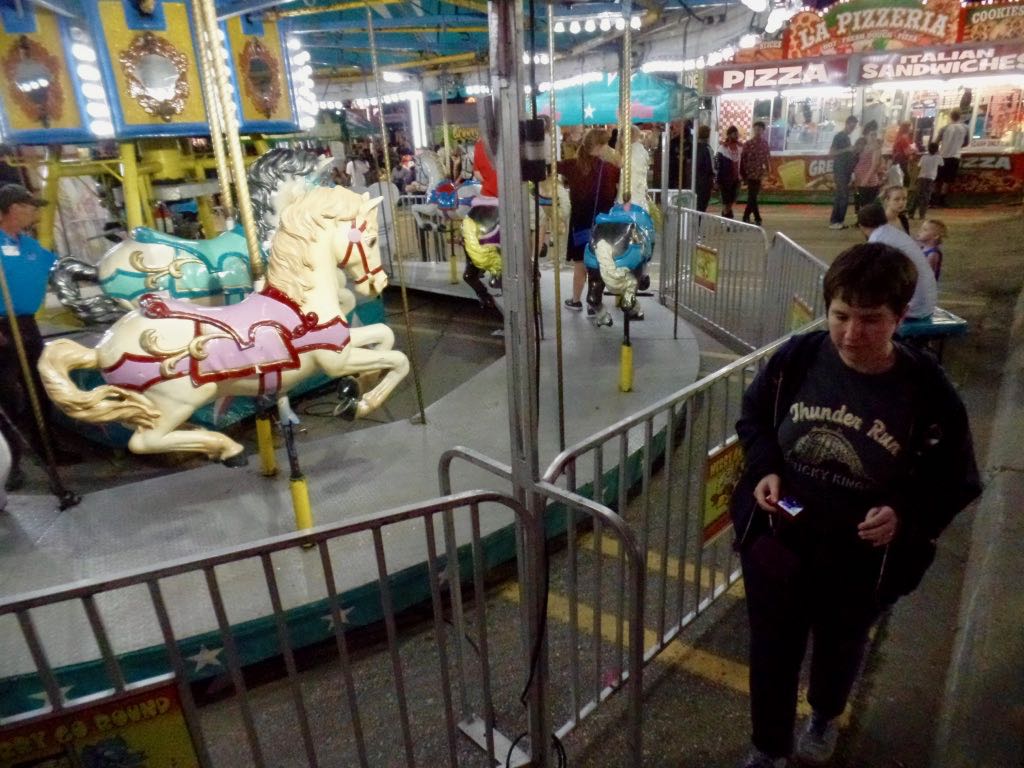 bunny_hugger pondering what the heck just happened with all that. 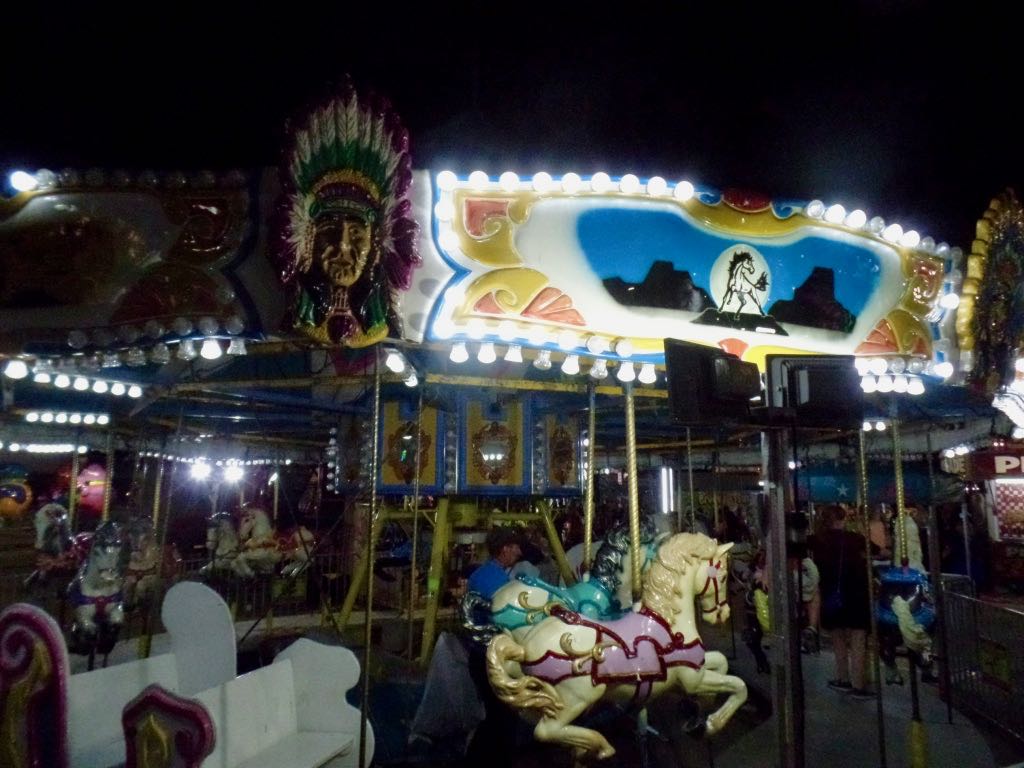 The carousel in the midst of shutting down. This was, I think, just a temporary one while something was repaired, but it's a neat moment of partial lighting here. I couldn't have staged this better. 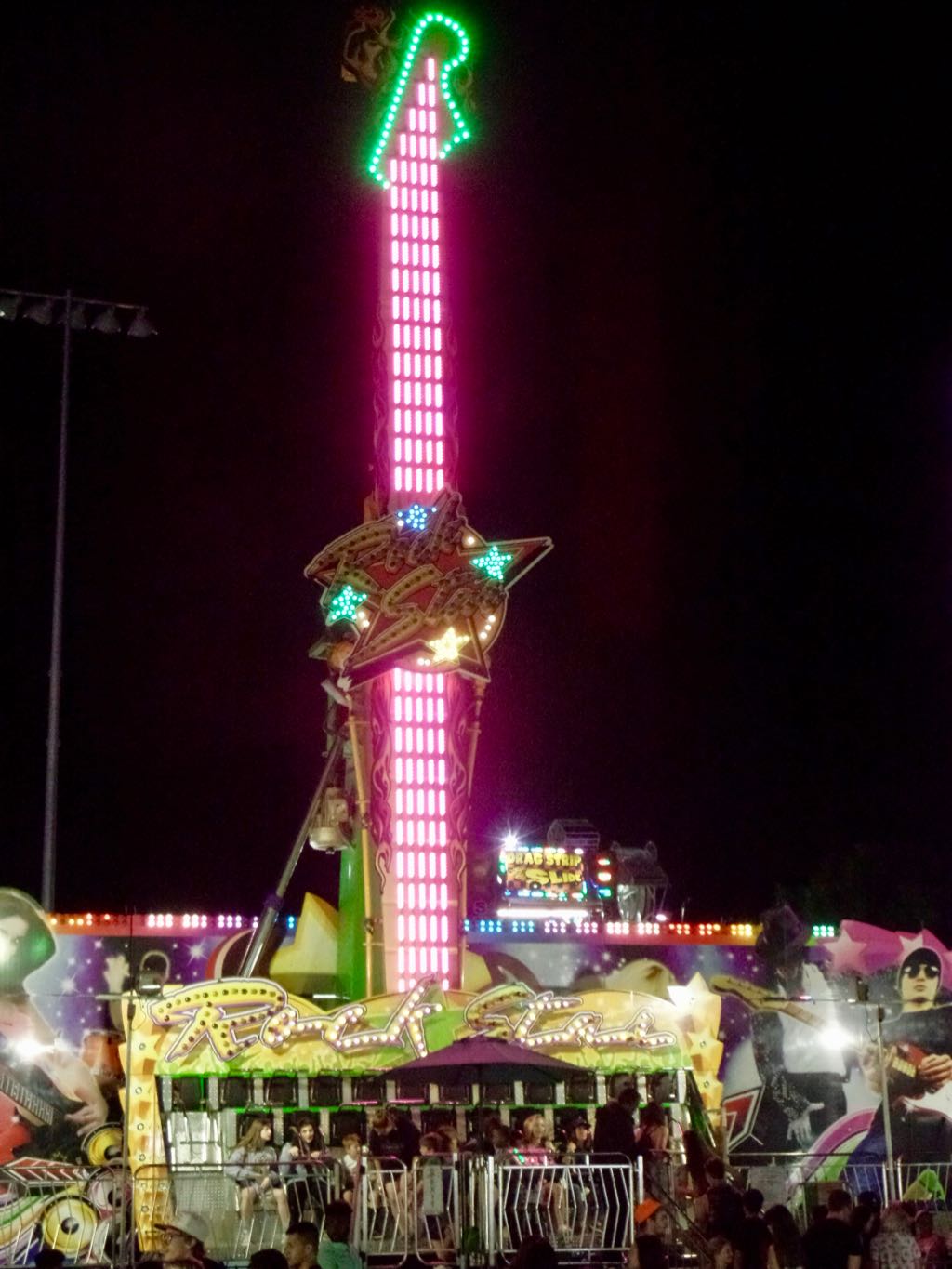 Rock Star, a sideways swinging-seat ride akin to a Moby Dick, with this guitar theme that's really fun lit up like this. 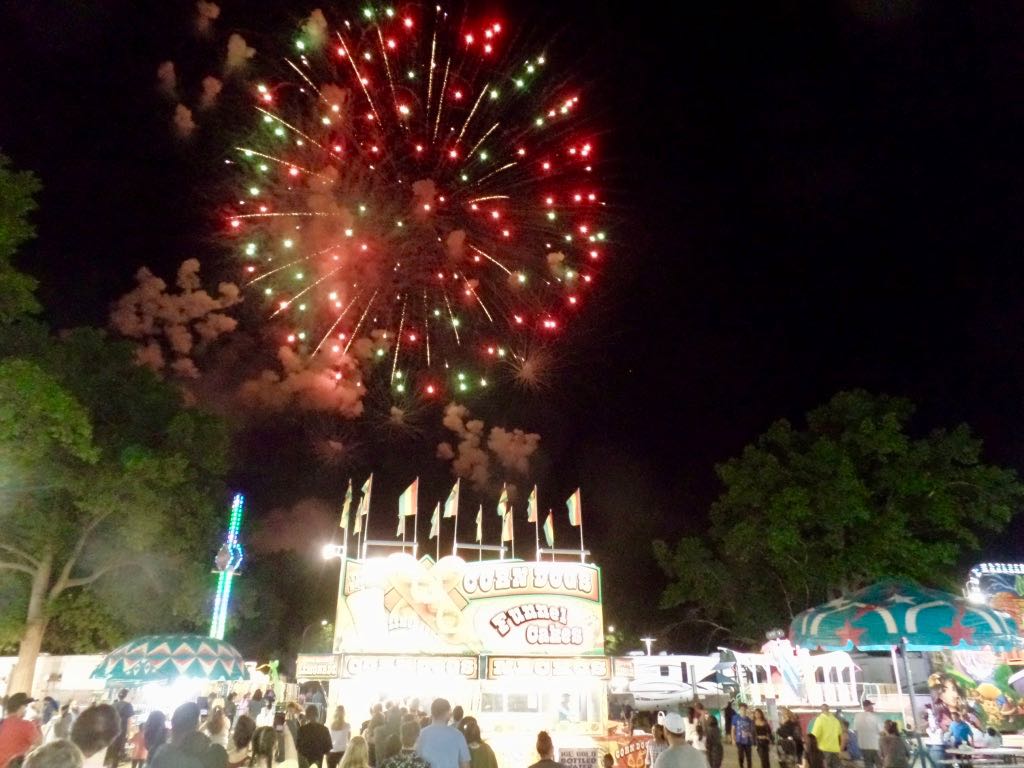 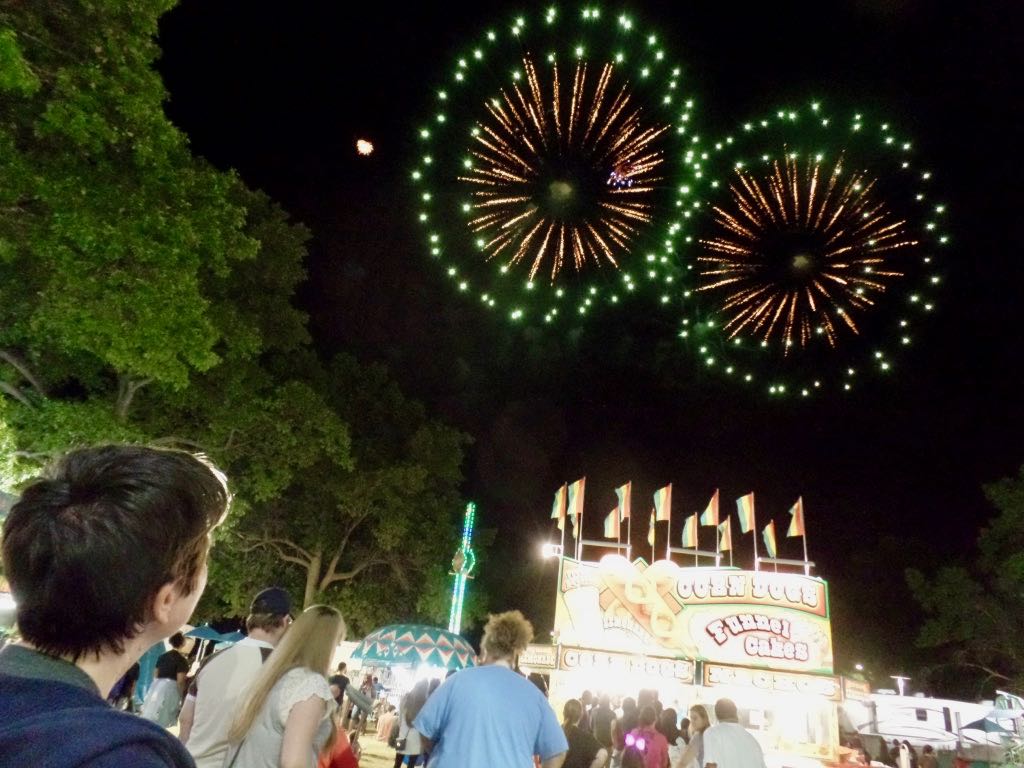 Also, I discover the fireworks mode for my camera and so could get a gorgeous shot of 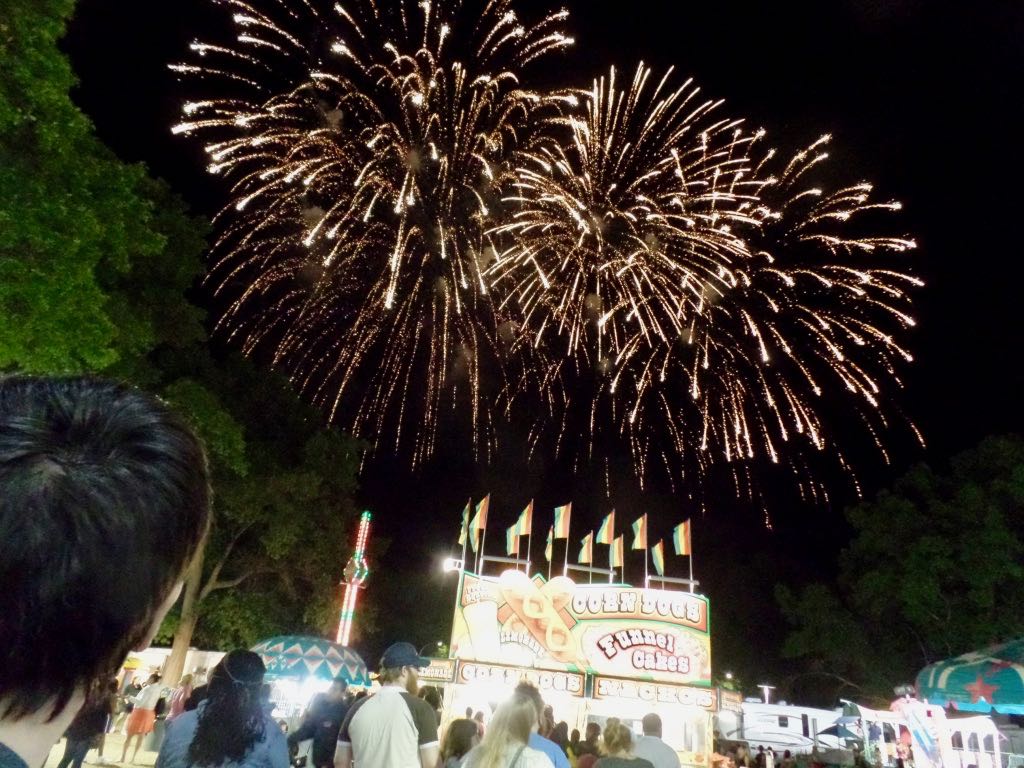 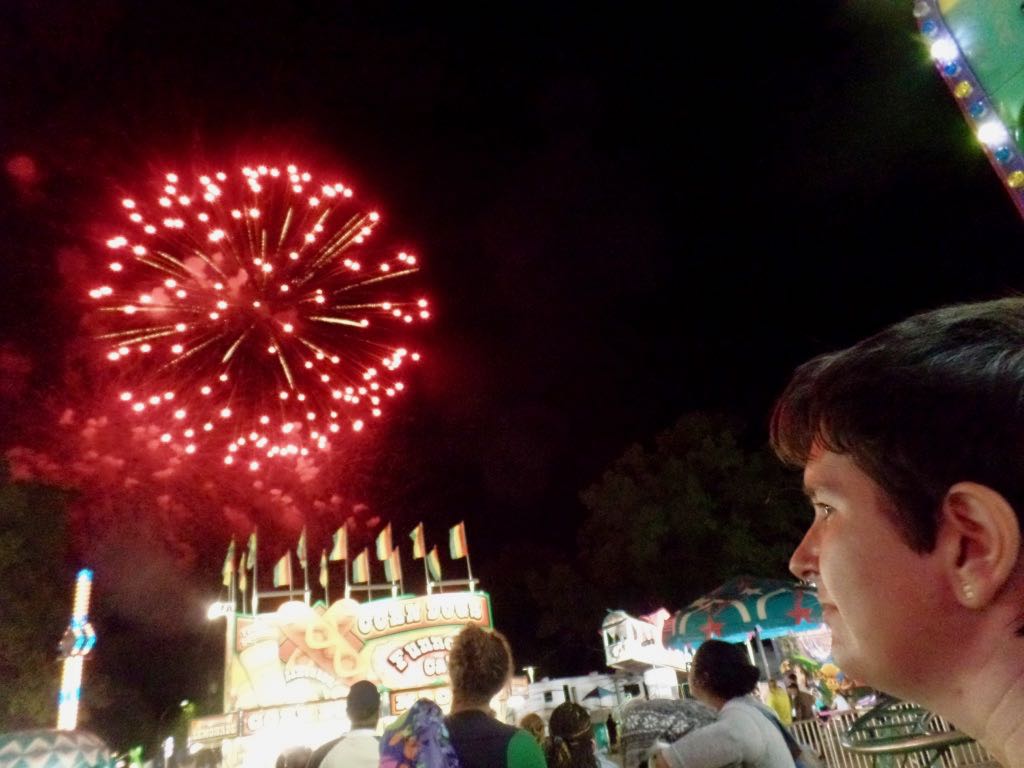 Trying out the watching of

bunny_hugger watching the fireworks but from the other side. 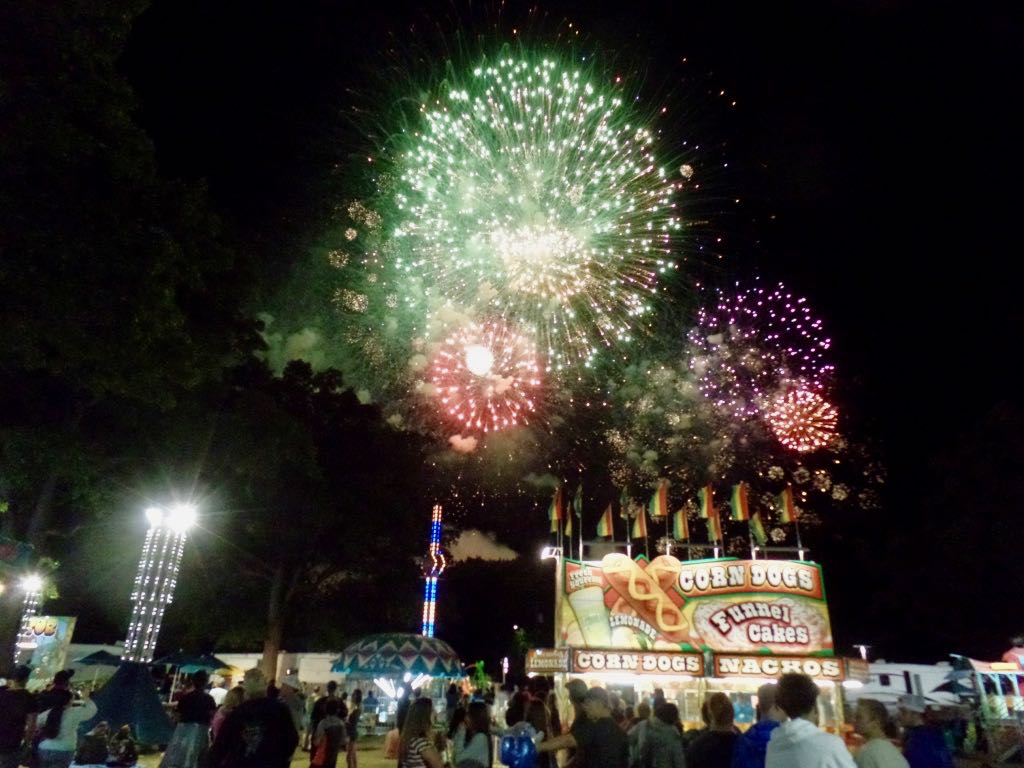 Now the fireworks are getting pretty serious. 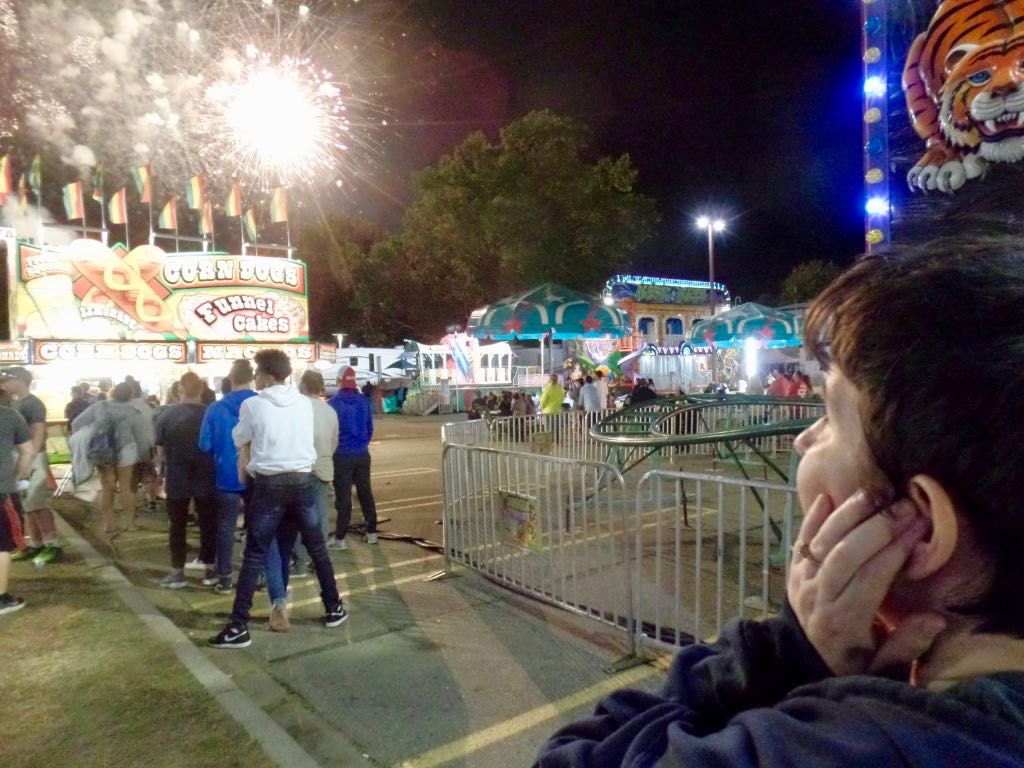 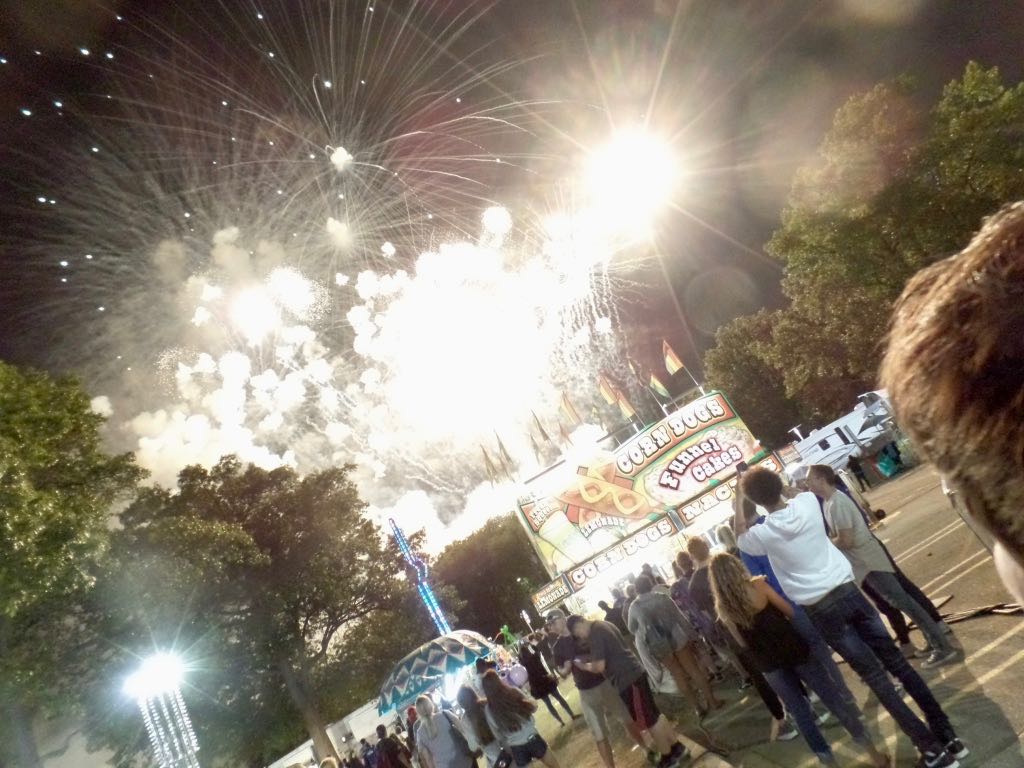 Trivia: The Roman Senate renamed the month Quintilis in honor of Julius Caesar, choosing that month as it was the one in which he was born in the year now called 100 BCE. Source: Marking Time: The Epic Quest to Invent the Perfect Calendar, Duncan Steel.