On my mathematics blog I had a couple abrupt shifts this week, first as I lost the excuse to re-post all my stuff discussing information theory through the lens of March Madness. And then I volunteered to write the most work-intensive sort of post that I've done, hosting the Playful Math Education Blog Carnival. Here's how the situation developed, except for mentioning my cancelled plans:

I did not have the time to do my plot recap for the past three months' worth of Mary Worth. I'll get to that soon. In the meanwhile please enjoy more of the Livonia Spree, after the fireworks as things were really closing up fast. 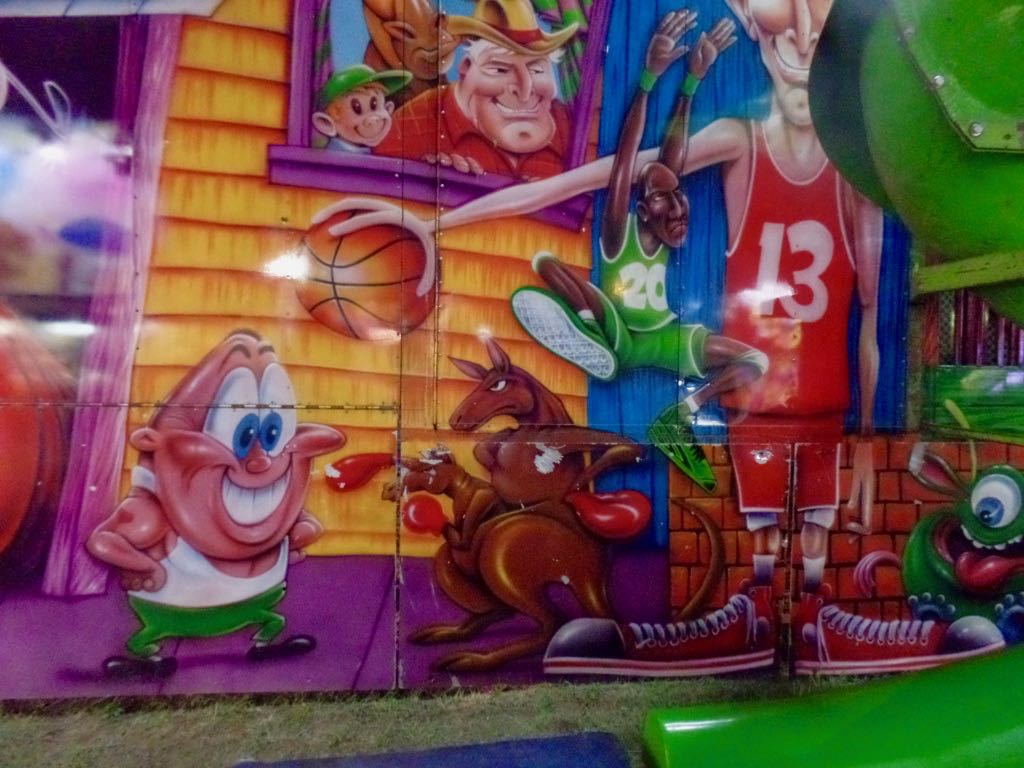 Frontage art for the Wacky Shack, here featuring your classic kangaroos with boxing gloves that I didn't know people still did. 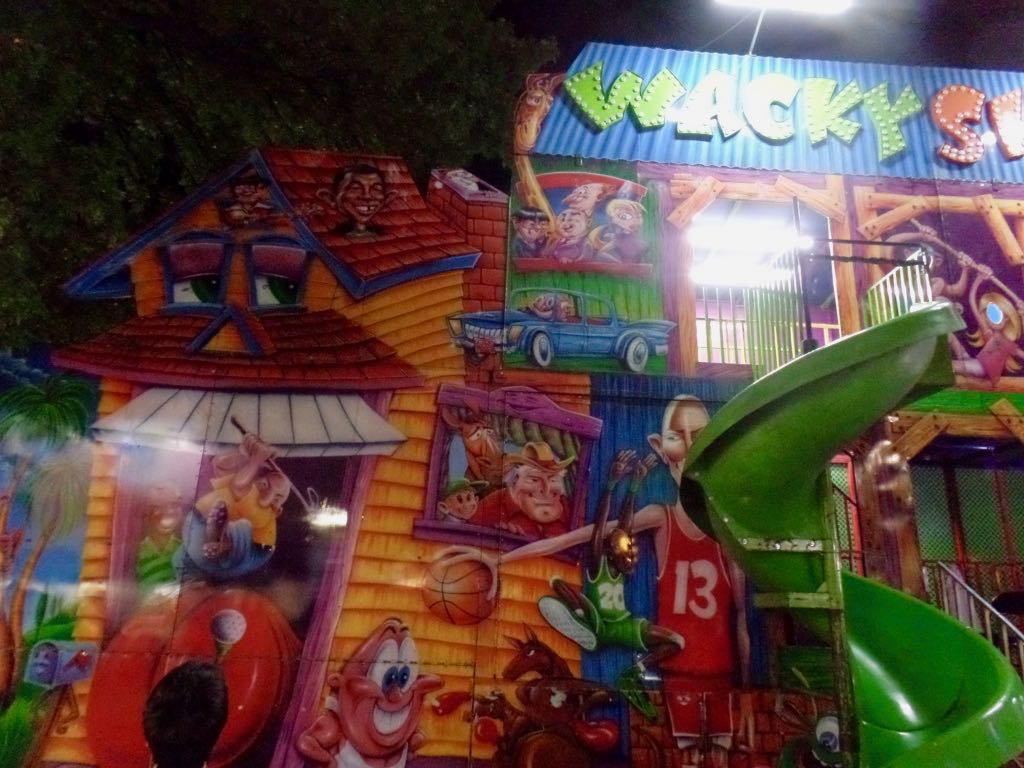 More of the Wacky Shack art, which includes another of those giraffes. Are giraffes an icon of the show? I don't know. 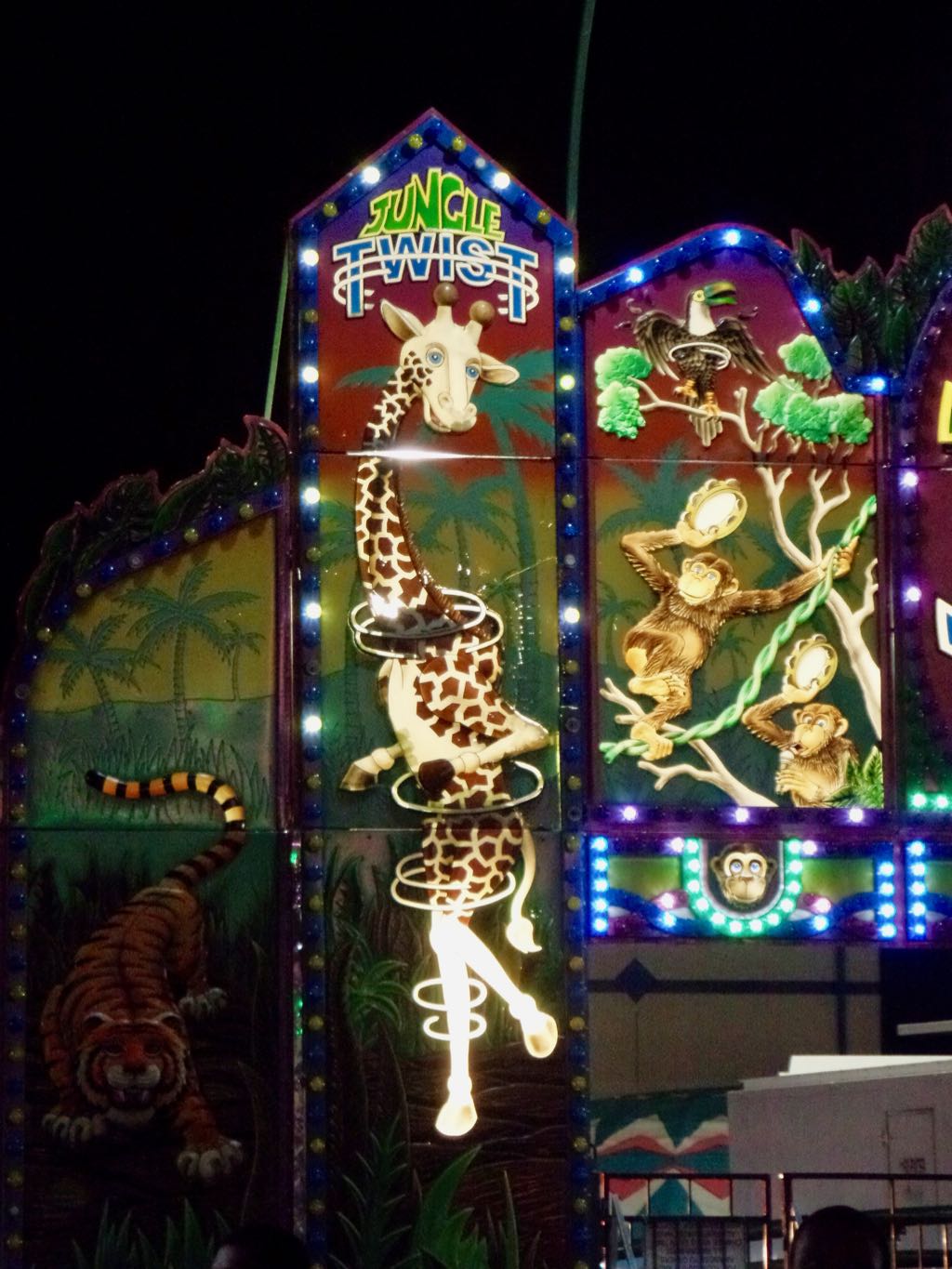 But here's a fresh picture of that Jungle Twist giraffe with seven hula hoops going. 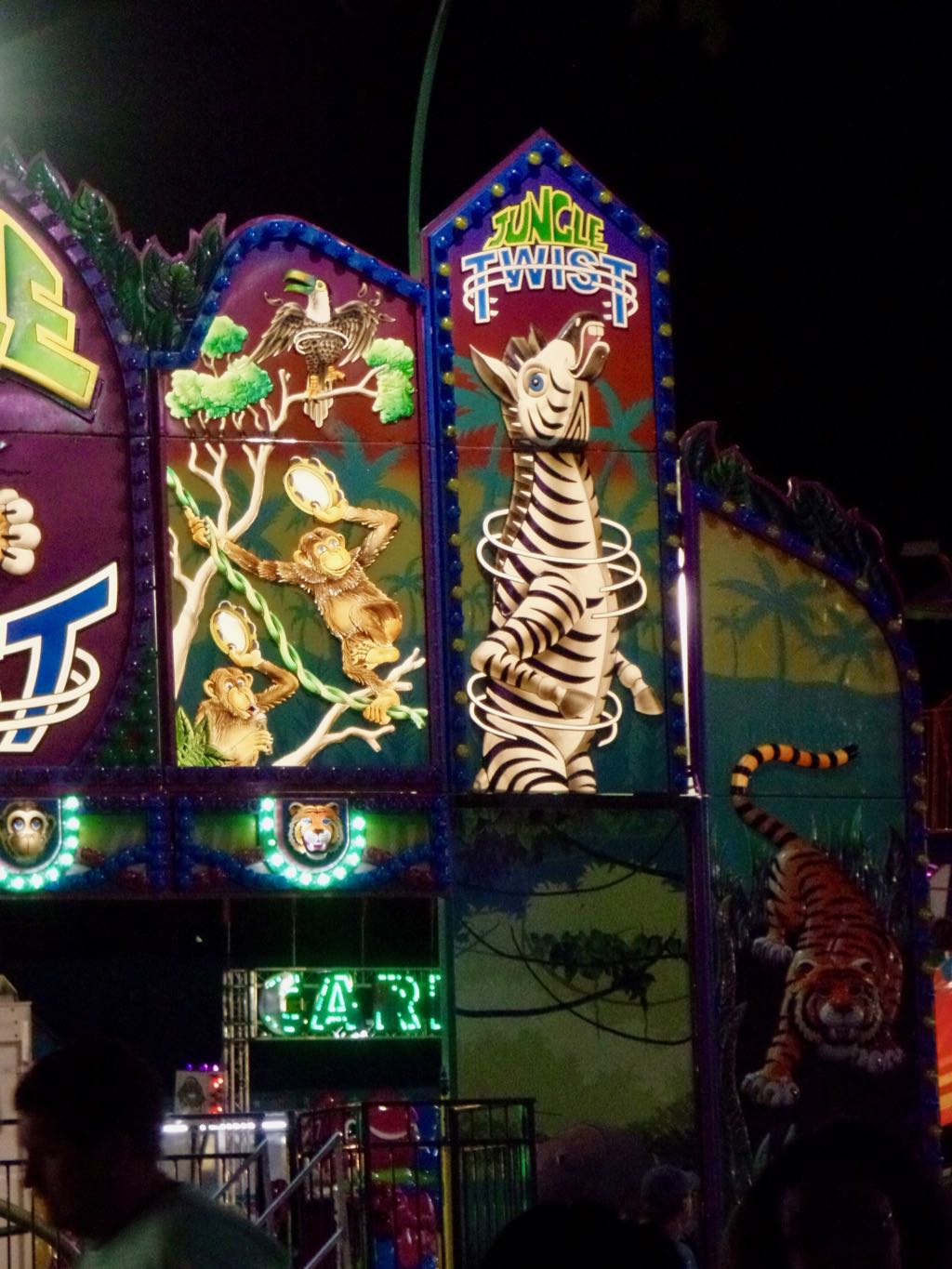 And a good picture of the Jungle Twist zebra, who's only got five hula hoops that we can see, but has an unknown number of them around the legs. 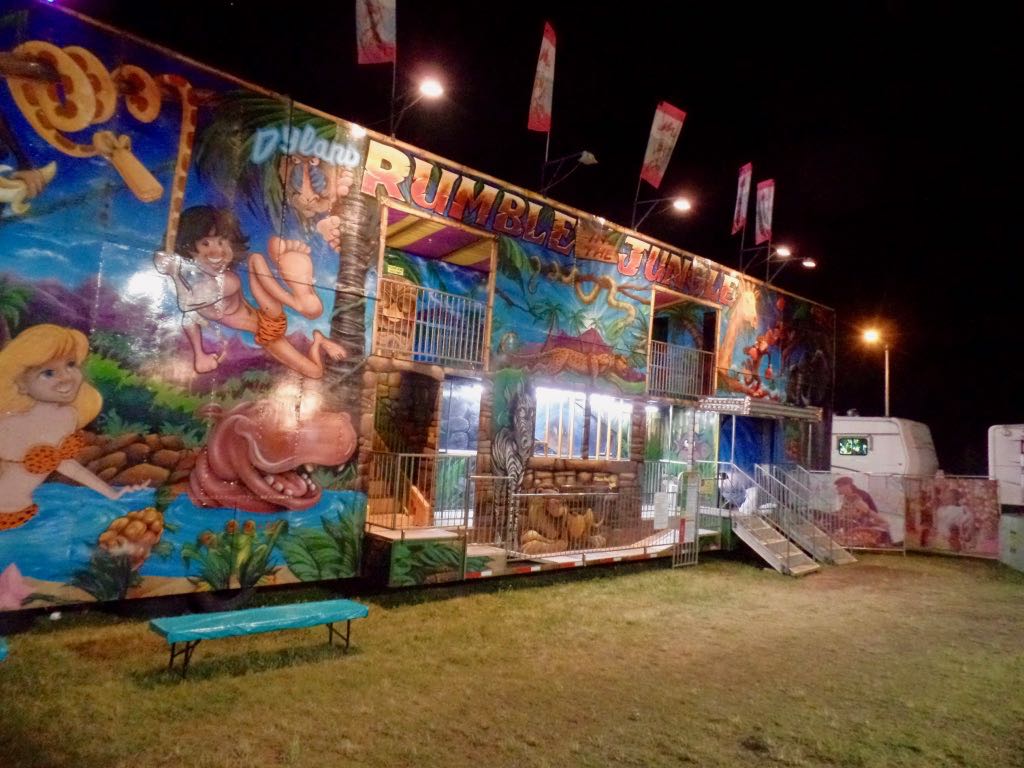 Art for the Rumble in the Jungle which seems to be a walk-through funhouse/haunted house attraction that we were, I believe, too big to visit. 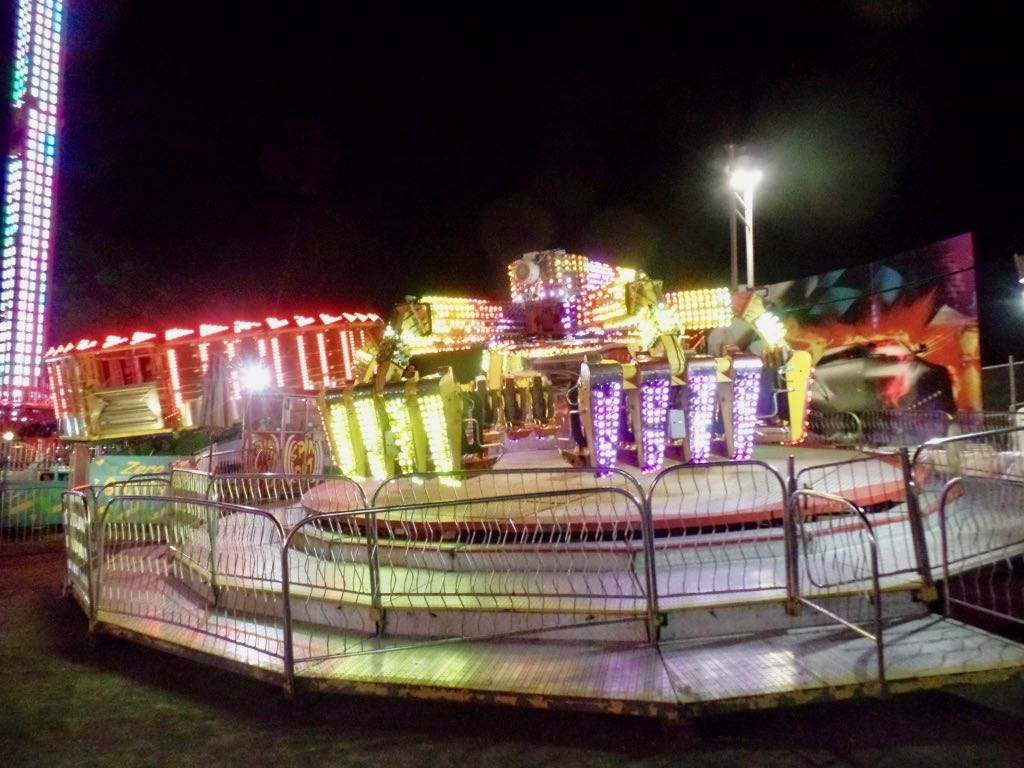 Things were shutting down for the night, but for example the claw-shape ride with the name I can't remember and it's not on flatrides.com as anything with 'claw' in the name. 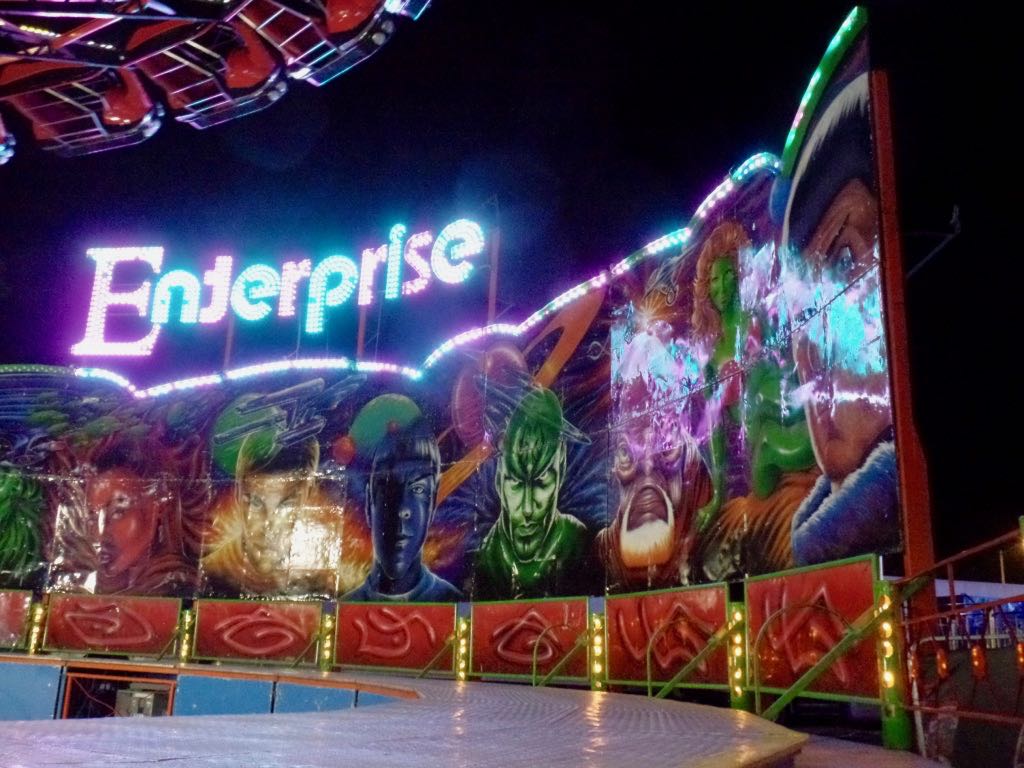 Backdrop art for the Enterprise, one of those spinning-wheel rides like the Witches Wheel that Cedar Point removed in 2018. Note two totally licensed and legitimate image of a the starship Enterprise in there. 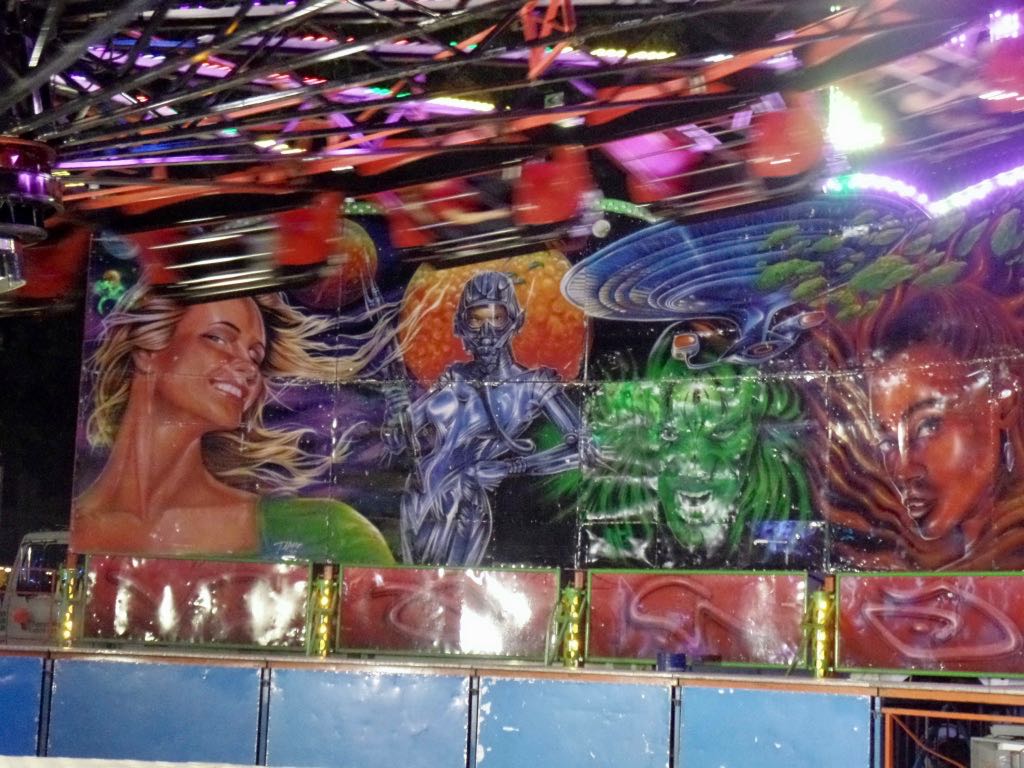 And here's the third totally licensed and legitimate image of a the starship Enterprise in the backdrop art for the Enterprise ride. 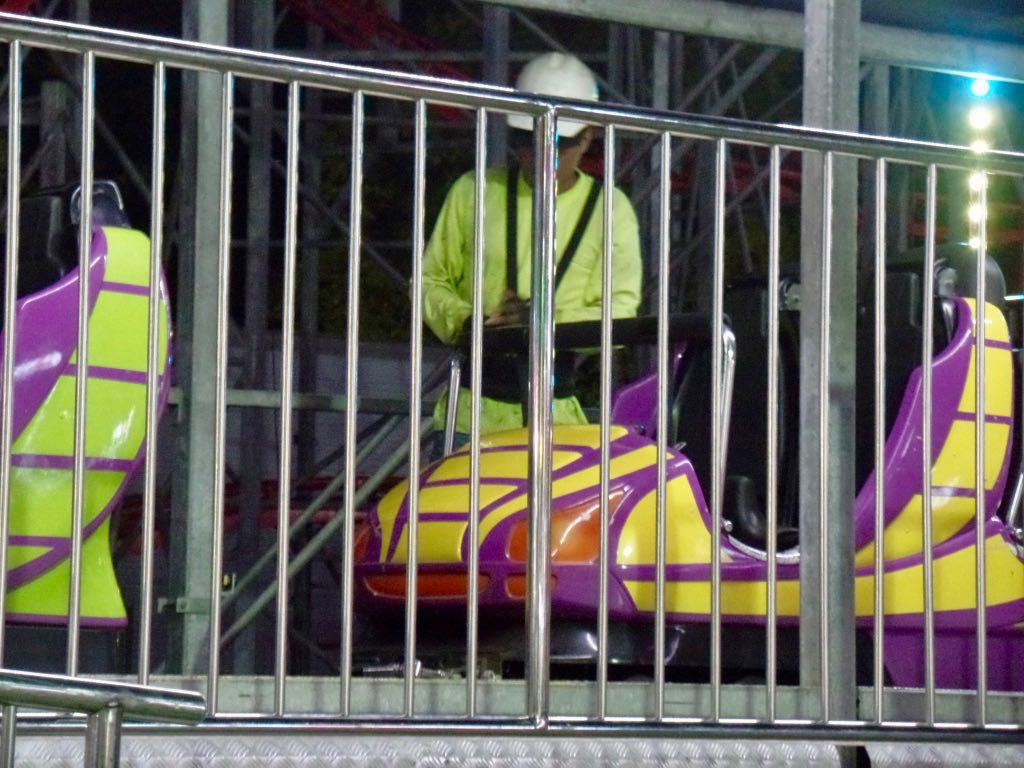 Activity at the Super Cyclone! We hurried over and saw ... workers taking cars off the track. 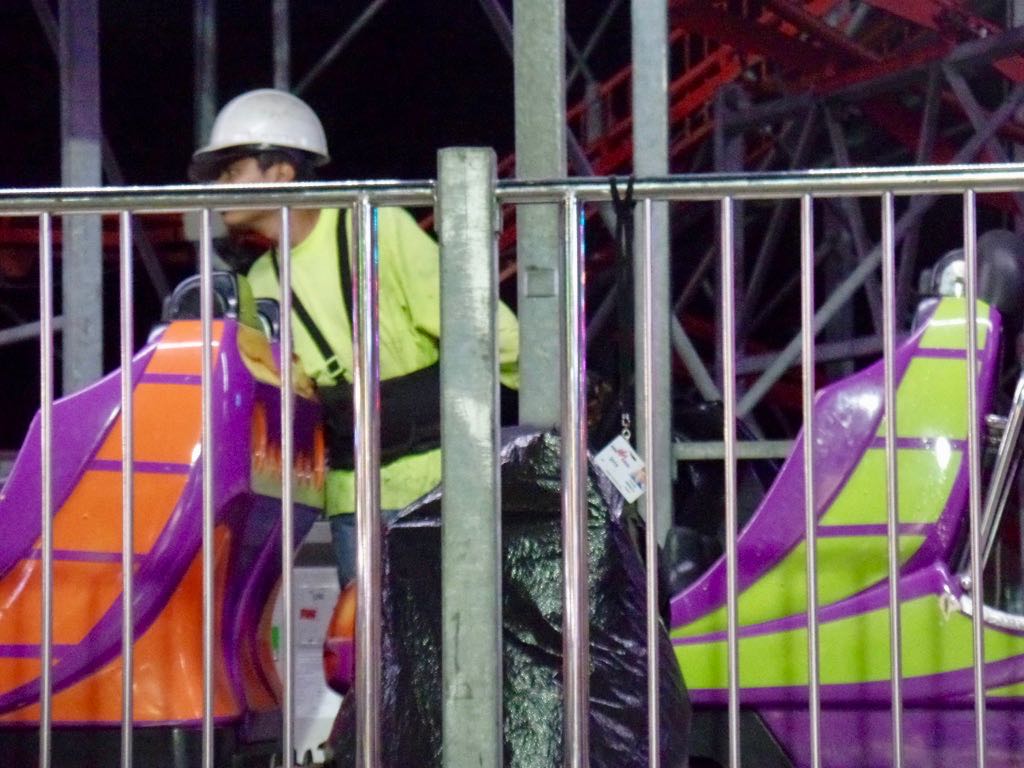 More staff work on the Super Cyclone. They must have been prepping to move it to the next town. 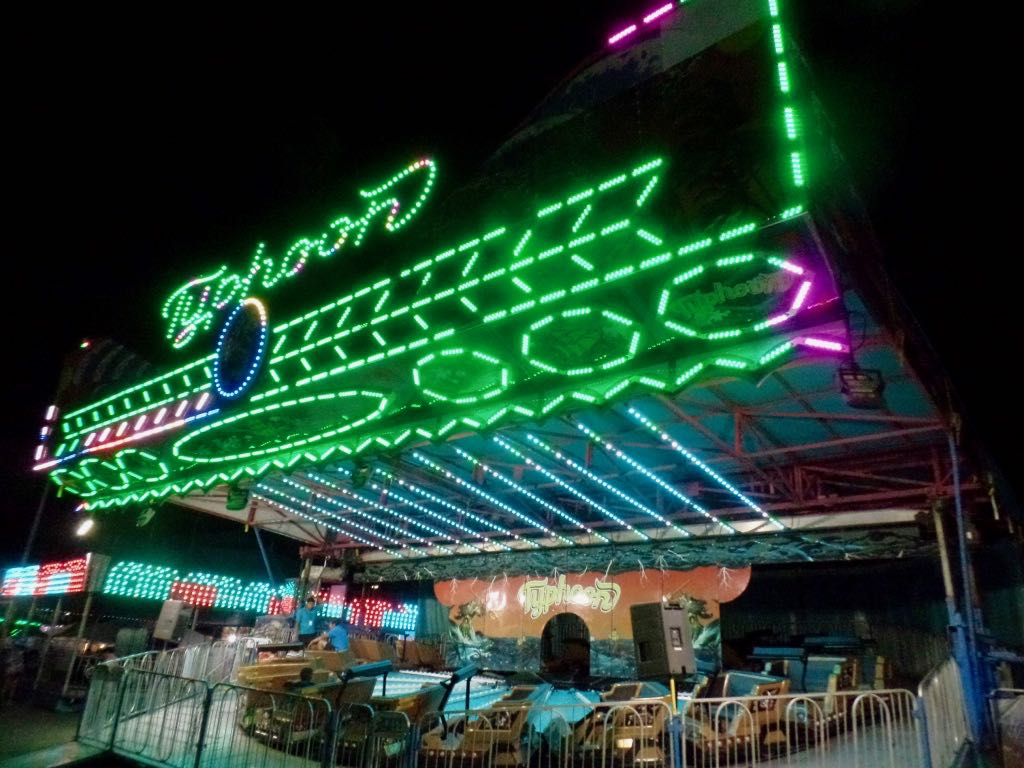 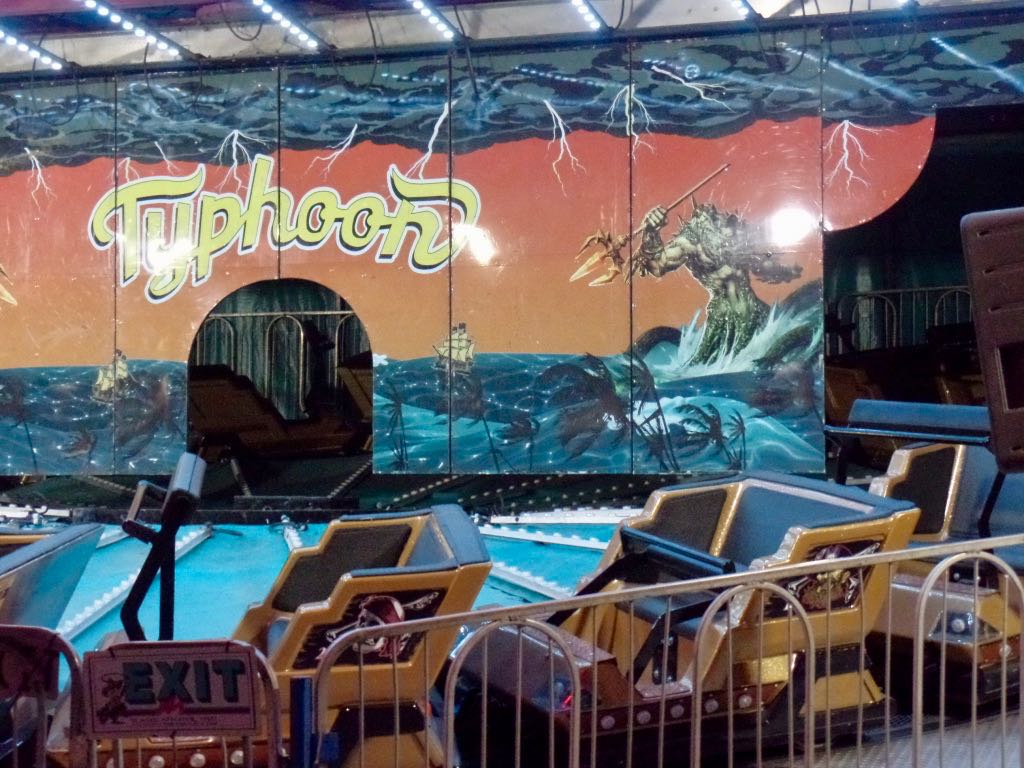 And here's some of the backdrop art with its cool bit of King Neptune having it out for a merchantman.

Trivia: In 1351, one of the earliest references to a tenant living on London Bridge, the glover Thomas de Gloucestre received a life tenancy at annual rent of 36s/8d. Source: Old London Bridge: The Story of the Longest Inhabited Bridge in Europe, Patricia Pierce.

Currently Reading: Lost To Time: Unforgettable Stories that History Forgot, Martin W Sandler. Which took me longer to finish than I expected (a lot of stuff ate up time that would otherwise have been good reading hours) although since the county's libraries are closed for a couple weeks I guess at least nobody needs the book back right away?