So, March Hare Madness, the spring charity pinball tournament that

bunny_hugger runs, is off. Temporarily, for now, while we see whether the situation settles. We'd been trying to hold off against people declaring that Obviously the Only Moral Thing One Can Possibly Do in the situation is to cover yourself in bubble wrap, sit in the southwest corner of the basement, and consume only distilled water through a face mask, while wailing about the sinful nature of mankind. But when the county ordered bars and restaurants to drop their capacity by 50%, with the warning that if they don't then they might be closed altogether, that was the breaking point. Not that it's likely the tournament would bring our hipster bar to its half-capacity. But if epidemiologists are viewing casual gatherings in bars as this dangerous, then we have to respect that.

If there was a bright side to this, it's that it meant we would be able to go to the quarterly pinball tournament at the Pyramid Scheme in Grand Rapids. This is the place where the Grand Rapids Pinball League meets, and we haven't been able to go there for a couple seasons because of the conflict it puts on

bunny_hugger's schedule. Then Sunday evening the Pyramid Scheme announced it's closing until ... who knows when? And then early Monday the Governor closed all the bars and restaurants anyway.

So, uh ... we've got some spare time ahead. Here's hoping we do something wise with it.

So now let's look back to June of 2018 and the last minutes of the Livonia Spree. 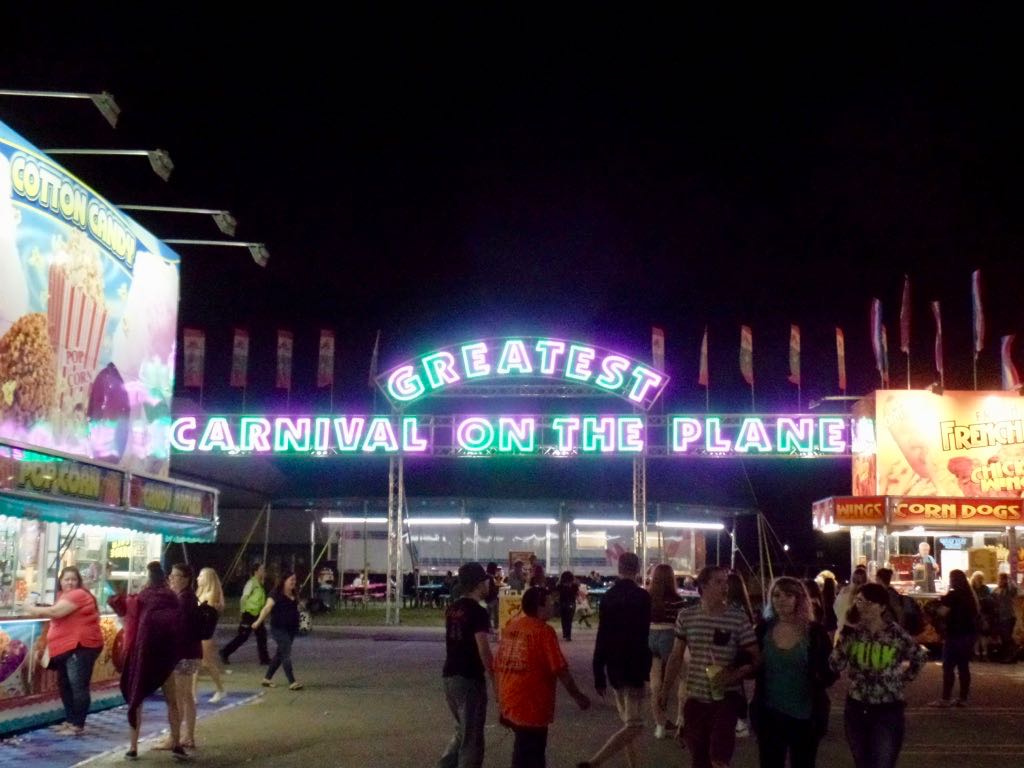 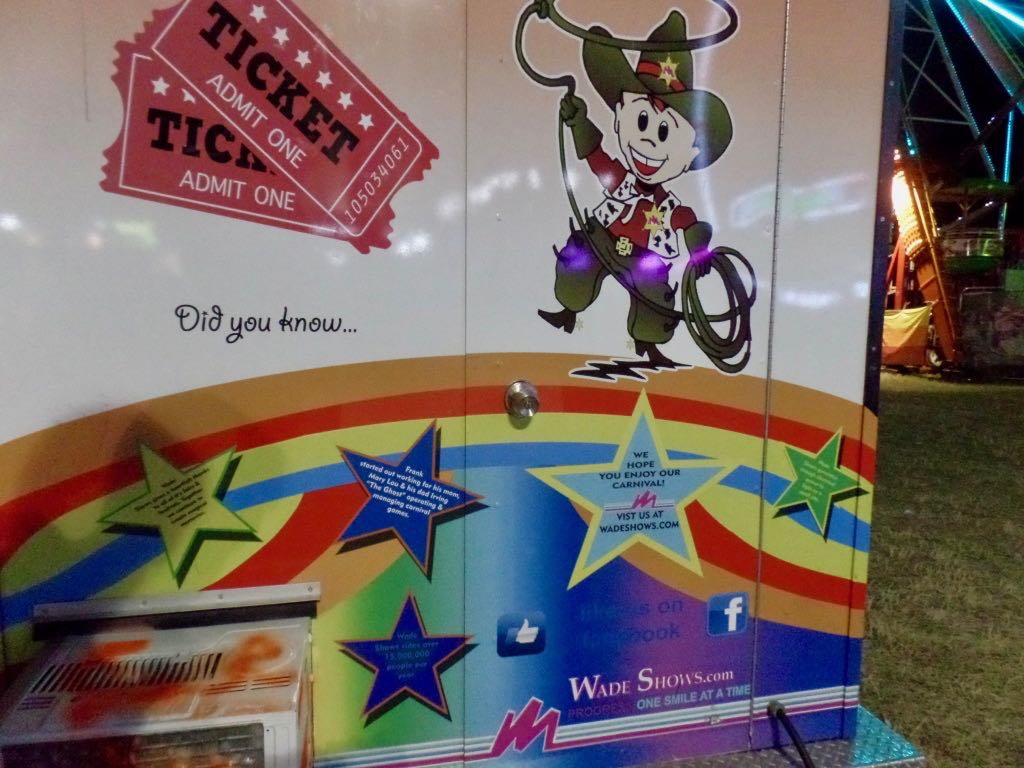 Side of one of the ticket booths, featuring stars with small bits of ballyhoo, like how they ride over 15 million people per year, or that Frank Wade ``started out working for his mom, Mary Lou and his dad Irving `The Ghost` operating and managing carnival games''. Or that ``Wade shows generates enough electrical power to light up a small city''. 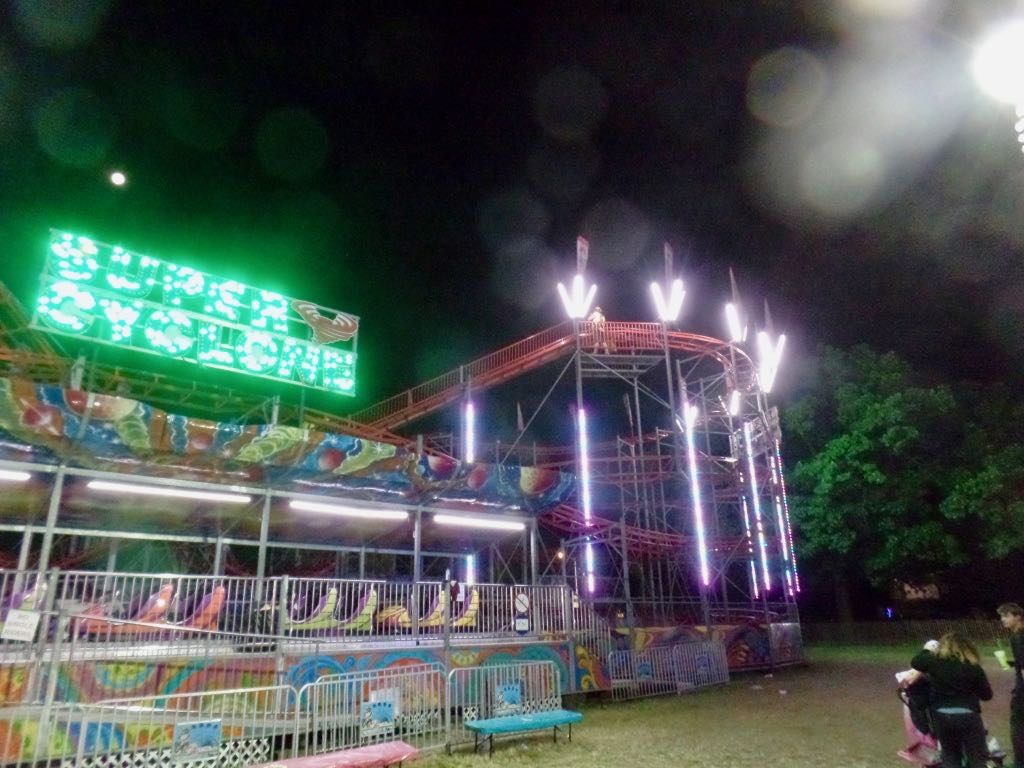 And somebody's gone up to the top of the Super Cyclone's lift hill. 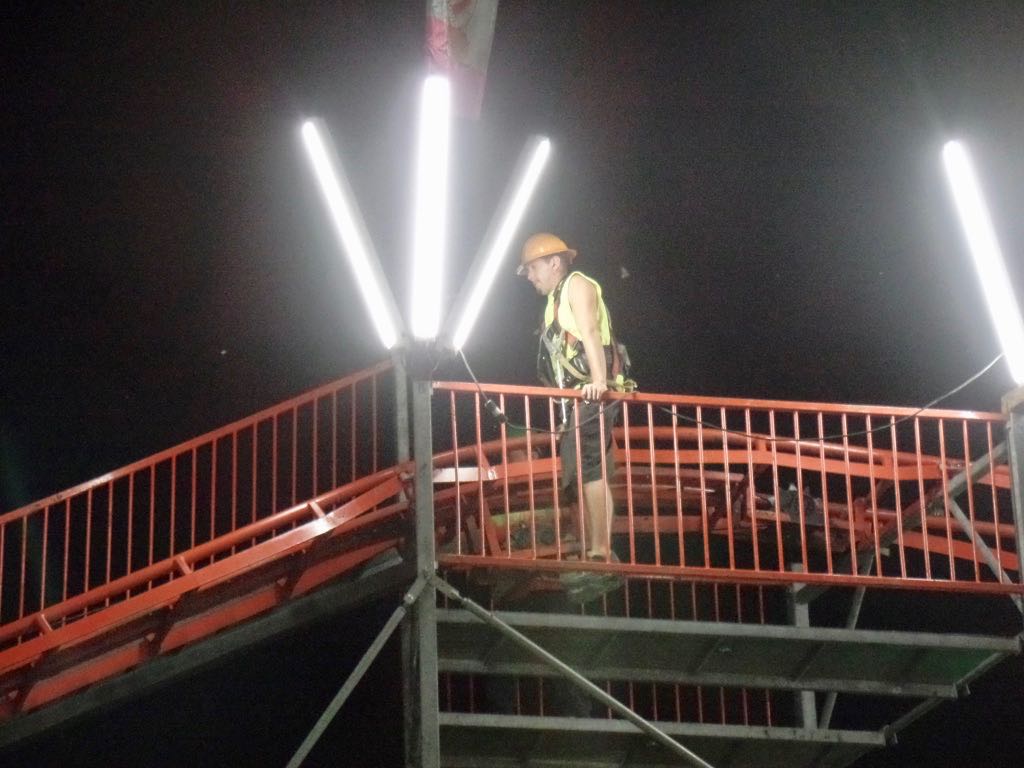 Mechanic looking back down the lift hill of Super Cyclone. 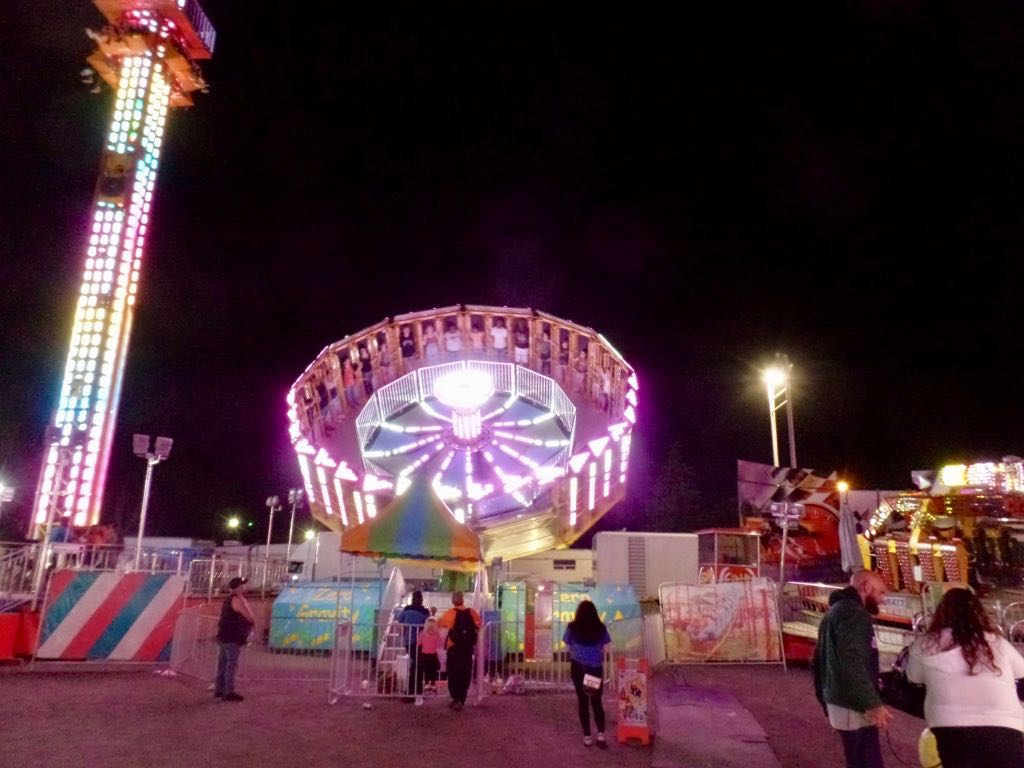 Farewell look at the Round-Up ride, which still has riders going at this hour. 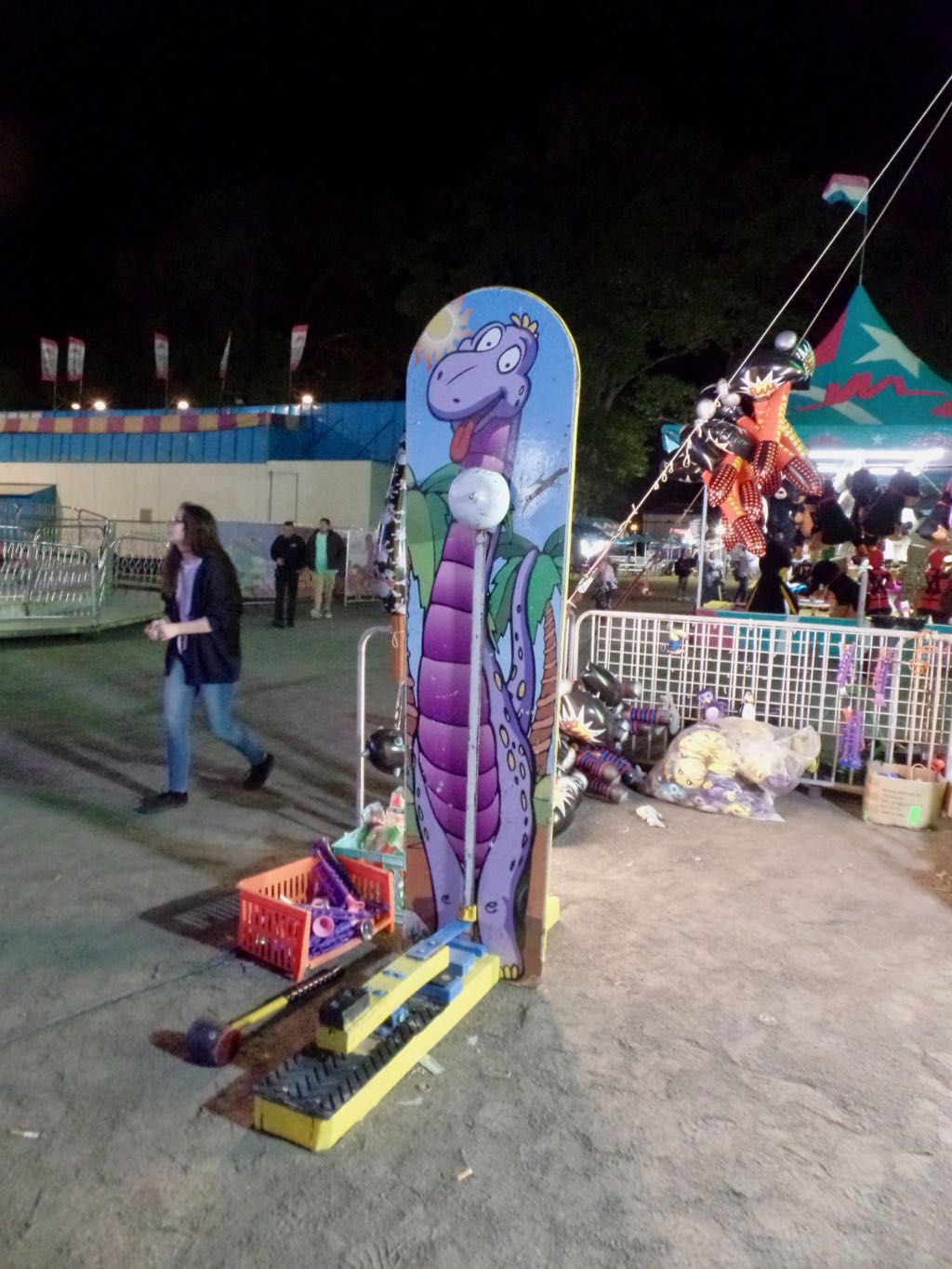 Kiddie hammer game which gives you the chance to ... clobber a dinosaur's throat? Is that what we wanted to do? Oh, hey, the Zipper ride at the Livonia Spree, which you'll notice, we did not ride. 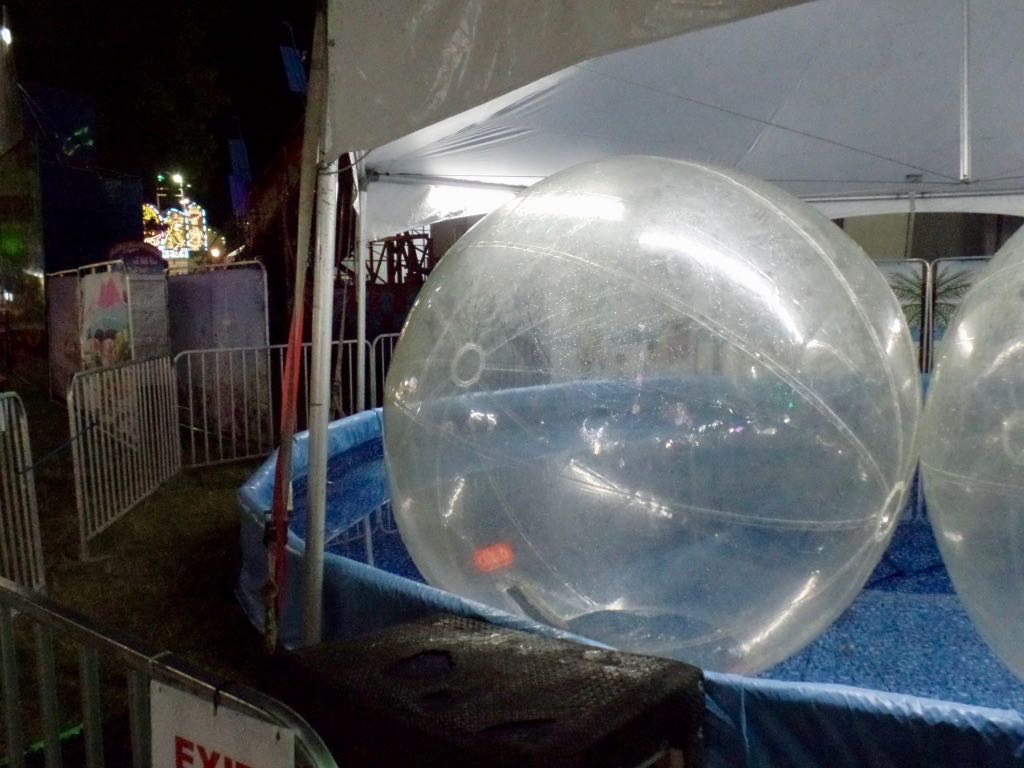 Among the upcharge attractions: these things where you go into a plastic ball for a couple minutes and walk around on the water. This seems like it might be fun sometime. 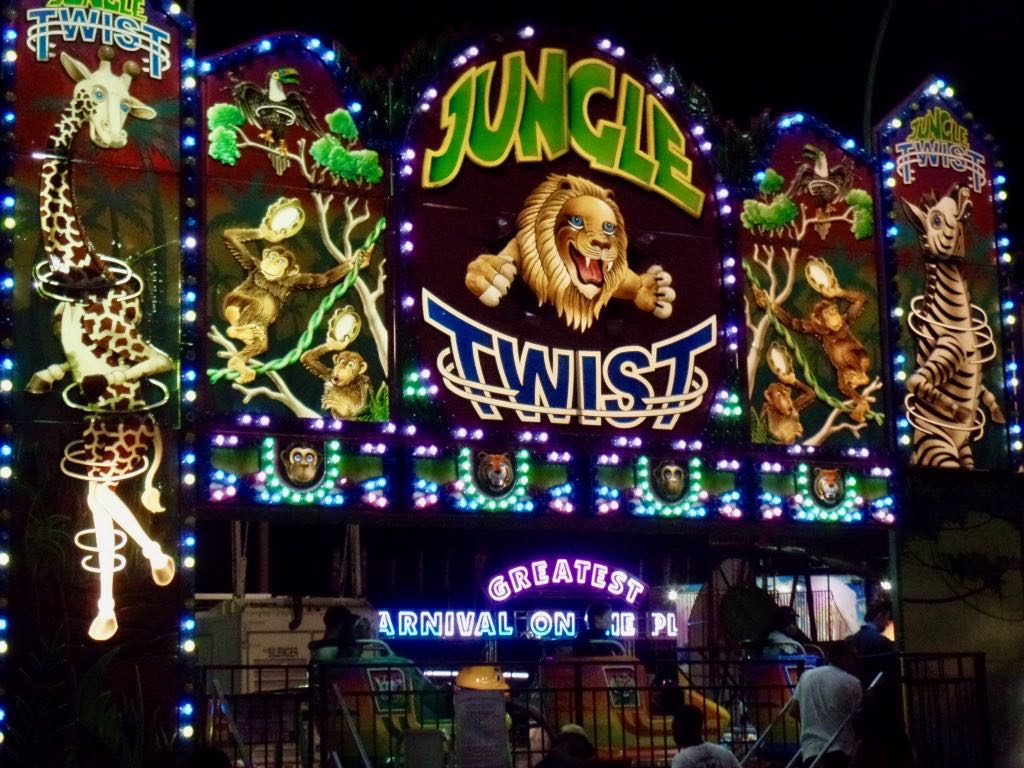 And one farewell visit to the Jungle twist, with the show's boast about its carnival greatness visible under the sign and behind the ride.