Sandy, the fireworks are hailing over Little Eden tonight

Well, it's been a bit of a week, hasn't it? My humor blog continues to be a thing that talks about comic strips, though, and you might enjoy some of the things that I've run on that basis. Here's what you've been missing. In a surprise development, it doesn't include a Popeye cartoon:

bunny_hugger's parents' town, and then went back to their place, where

bunny_hugger and her father (mostly her father) set off their own fireworks. Watch as I show no ability to use any of the night-photography skills I'd used at Livonia Spree just weeks before! 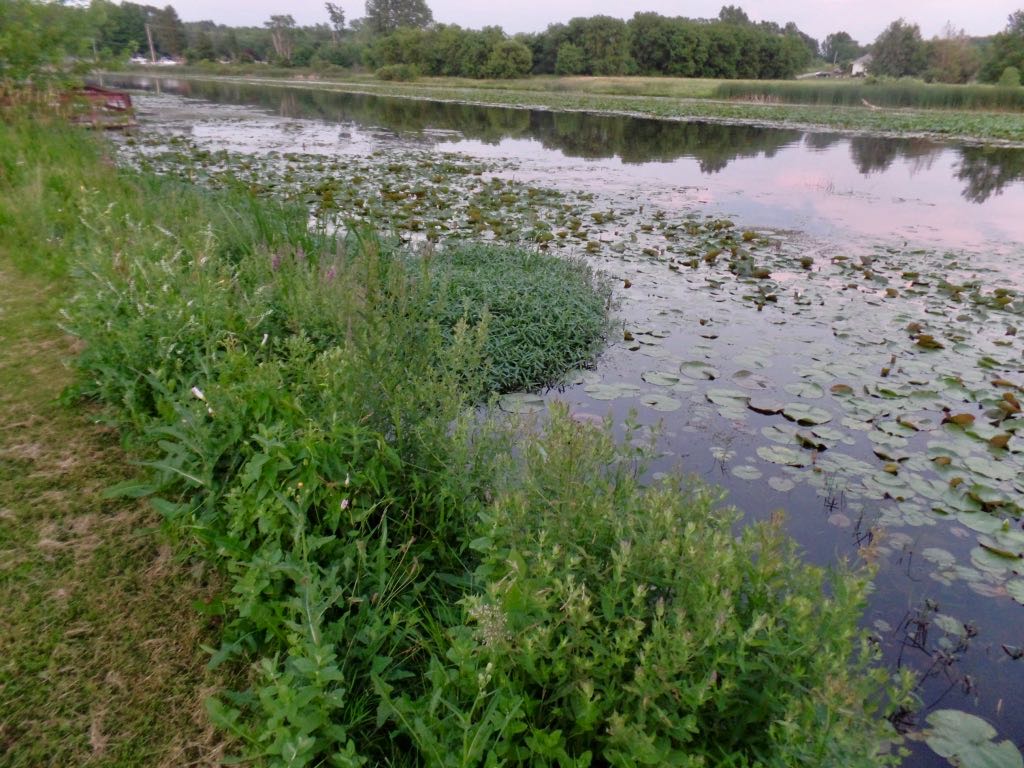 The river bank where the community would gather to watch the fireworks. There were frogs croaking a good bit at this point. They'd have a less merry time of it soon. 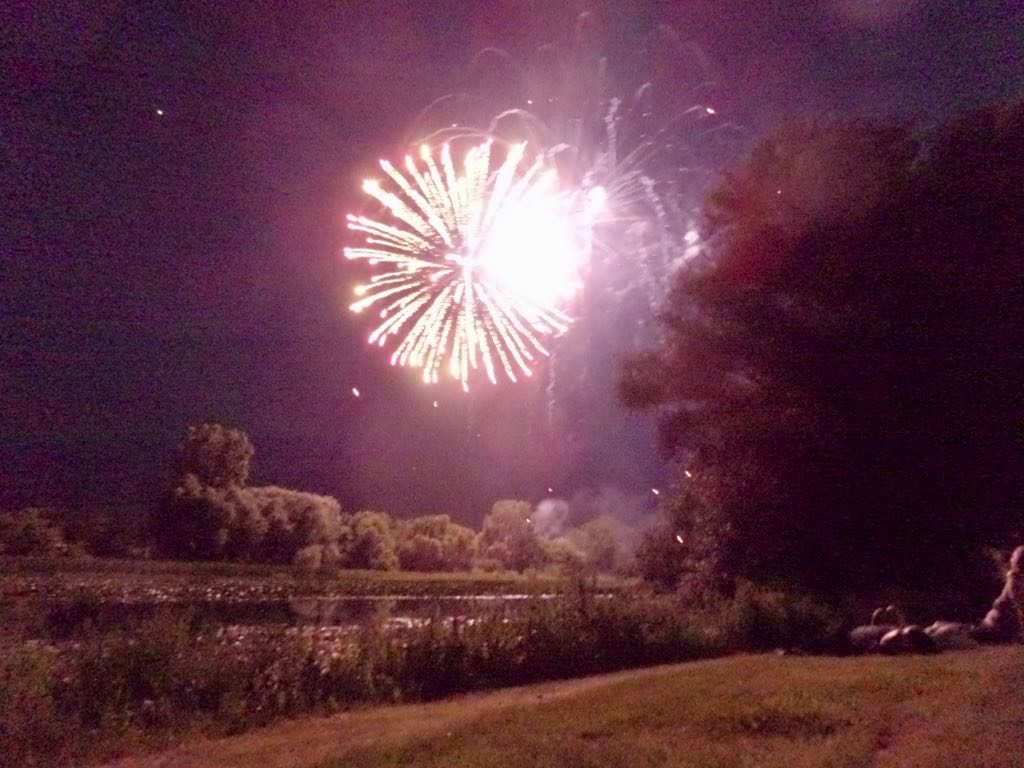 And there's the fireworks going, over far to the right of the above picture. 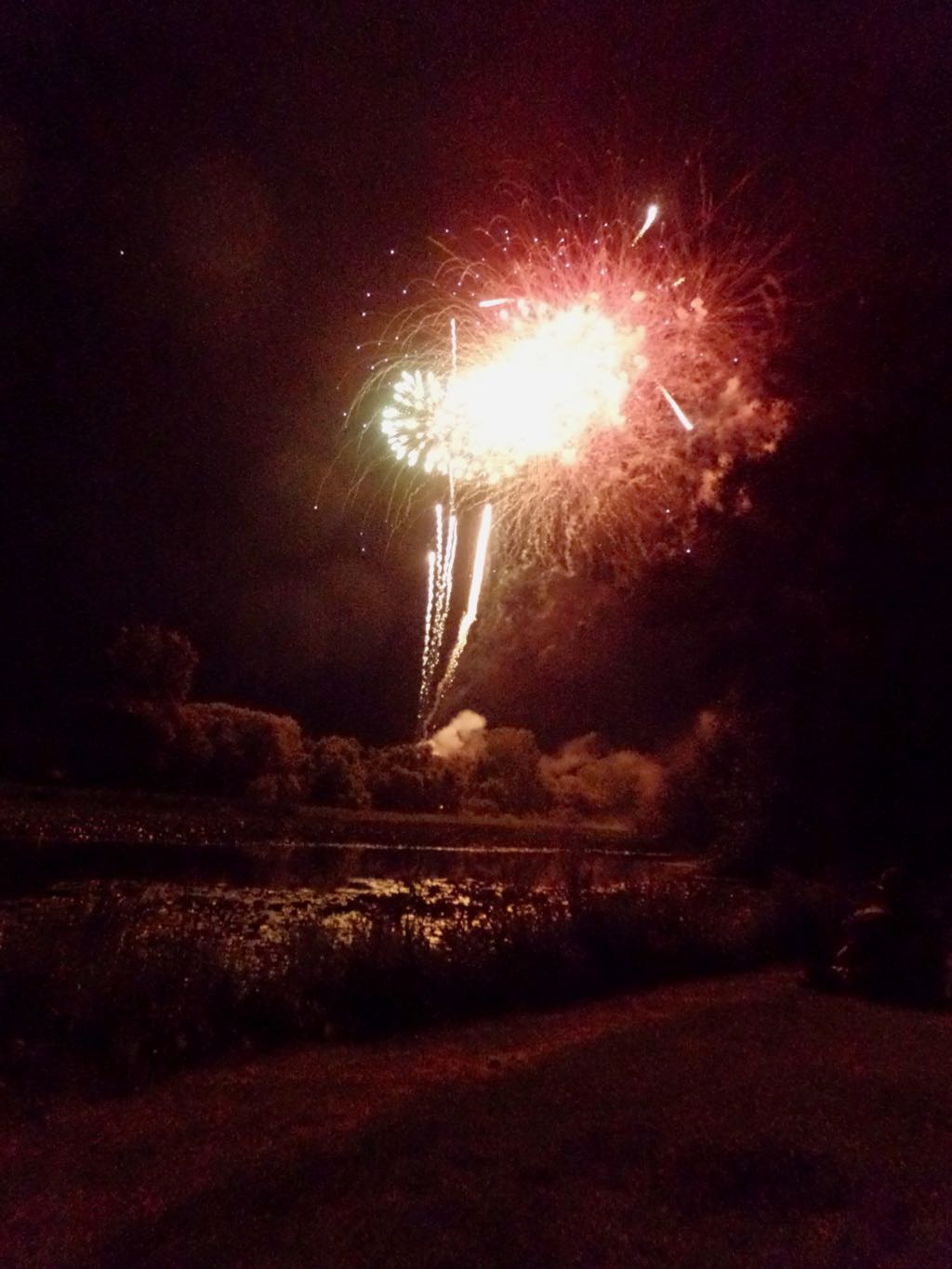 Some more of the city fireworks. 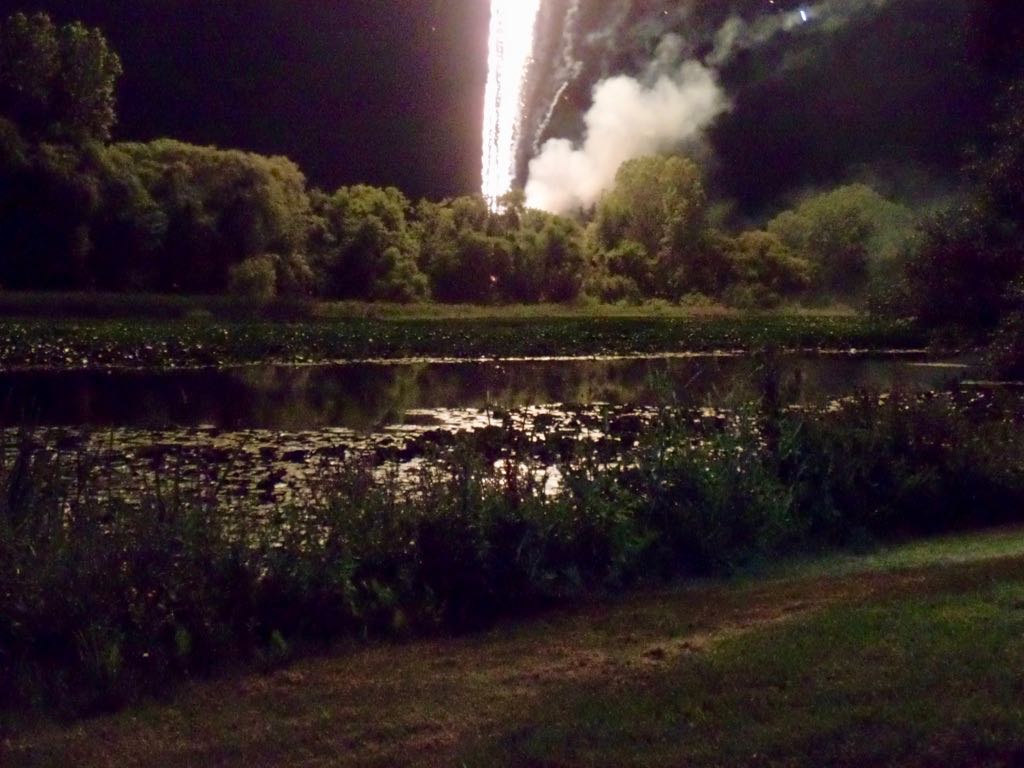 Here I realize I could get some interesting light by ignoring the fireworks and seeing what the reflections look like in the water and against the shoreline. 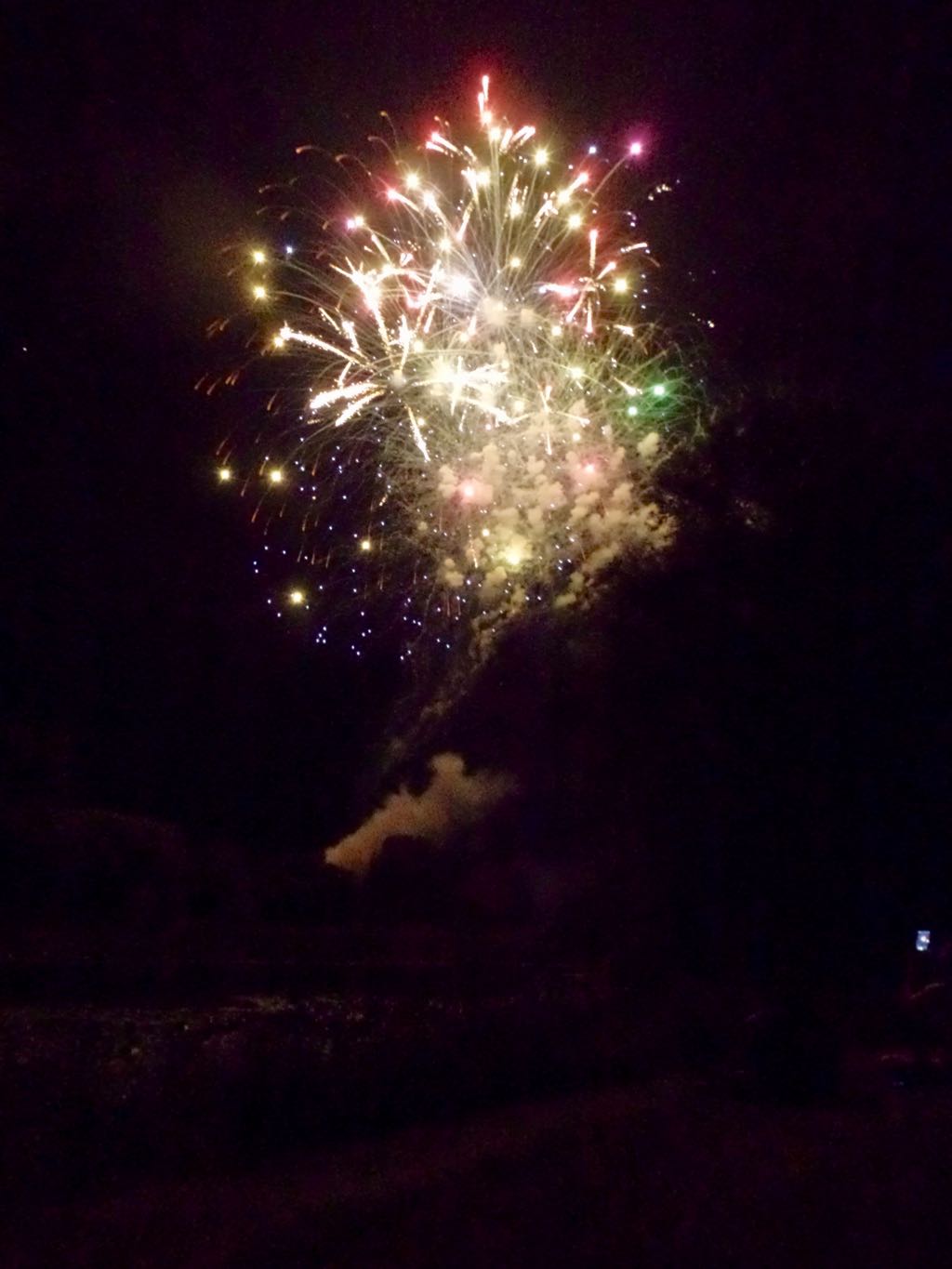 And here we're building into the finale. 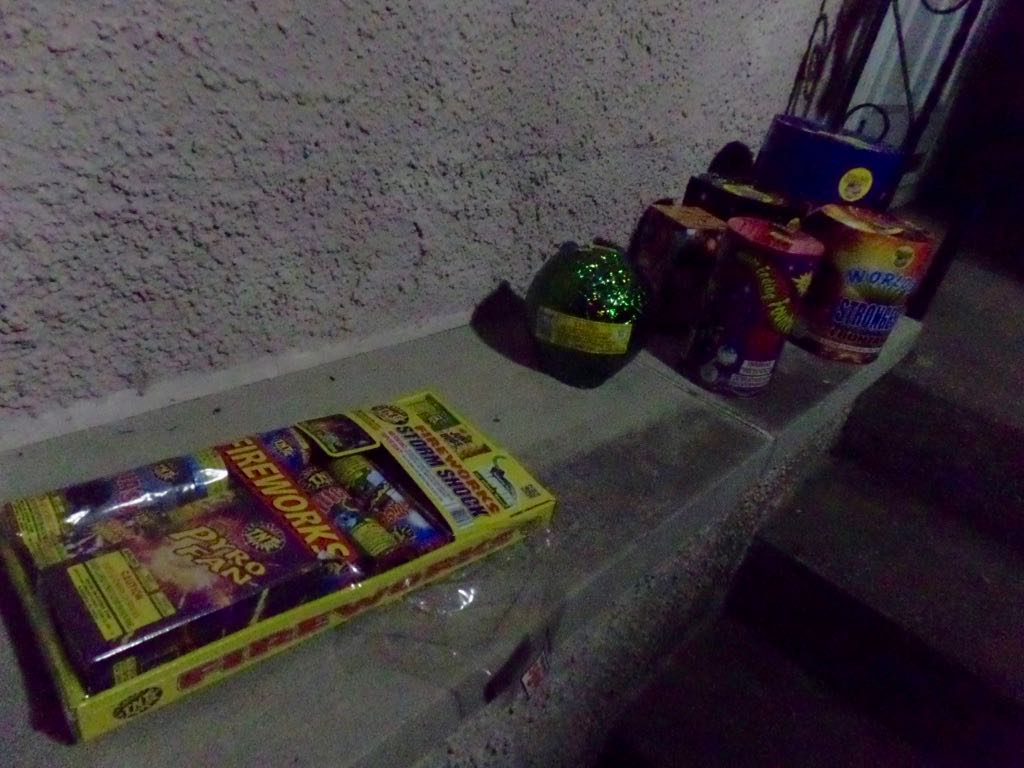 Back home: the cache of firecrackers that 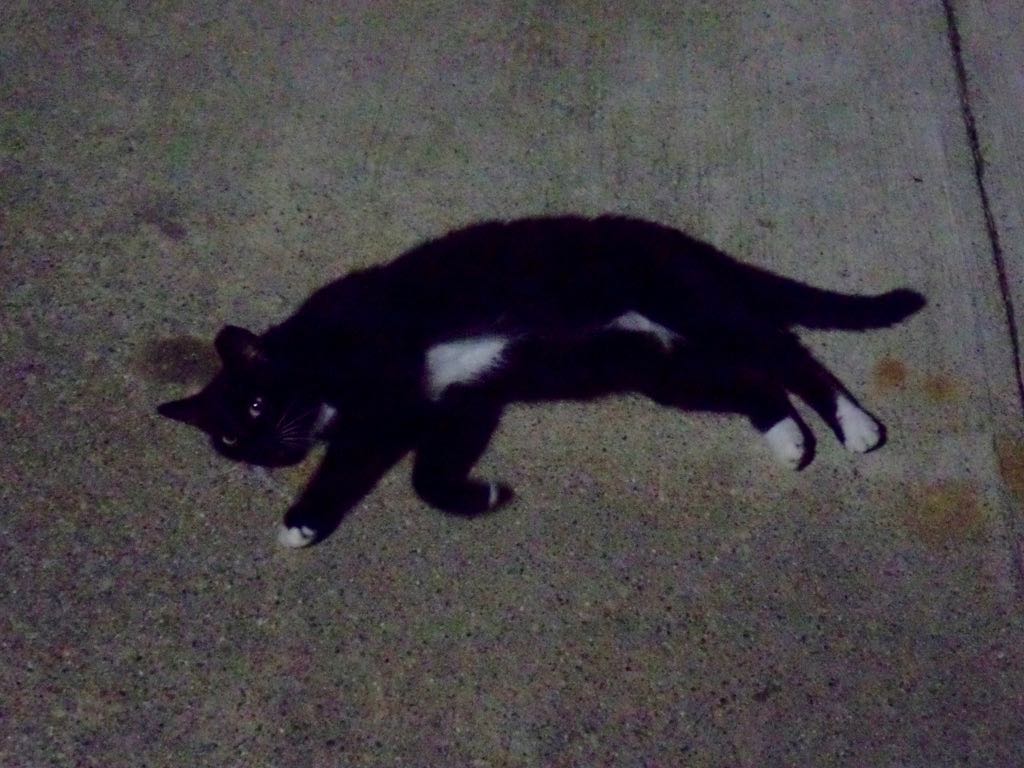 Boots, a feral tuxedo cat who was just trying to rest on a freaking annoying night and who was going to leave very soon after this. 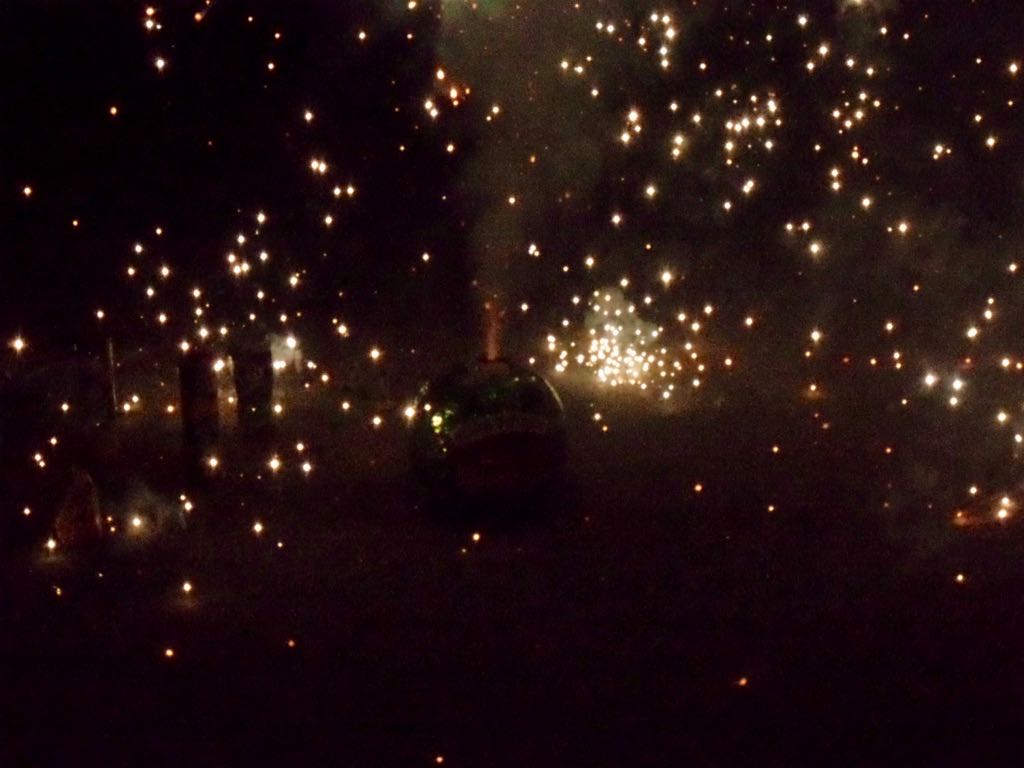 Some of the fireworks set off in the driveway; I like the three-dimensionality of the sparkles. 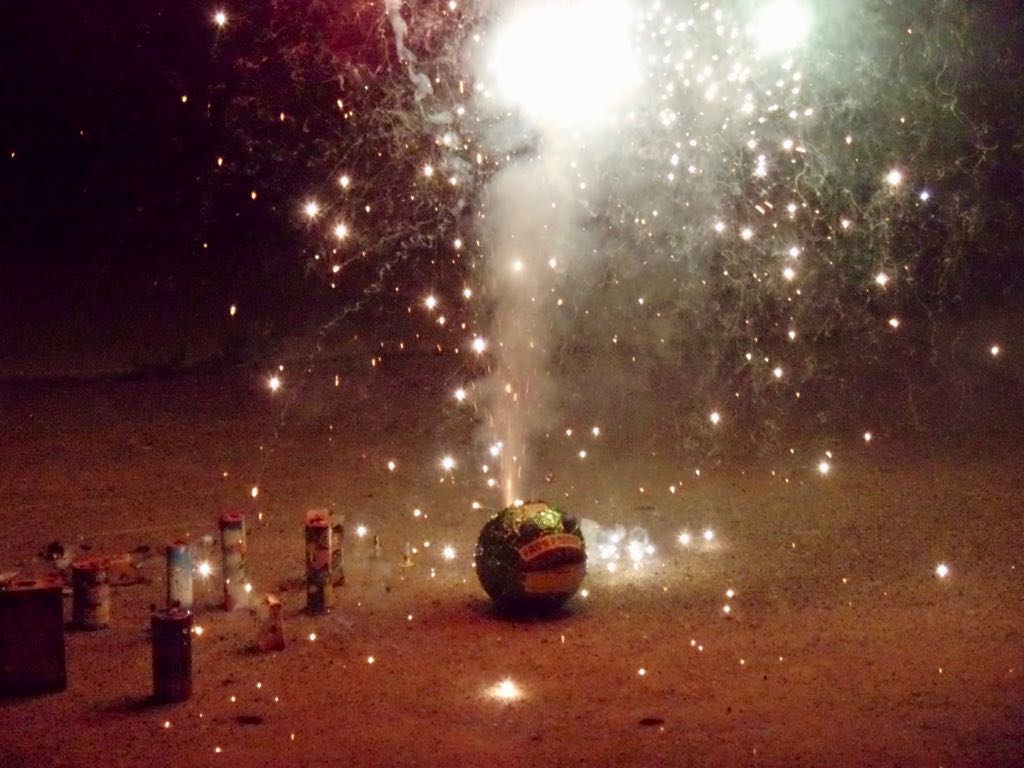 The previous picture and this one were of the Frog Prince going off; it's this bowling ball-size thing that's got a lot of shots spraying out. 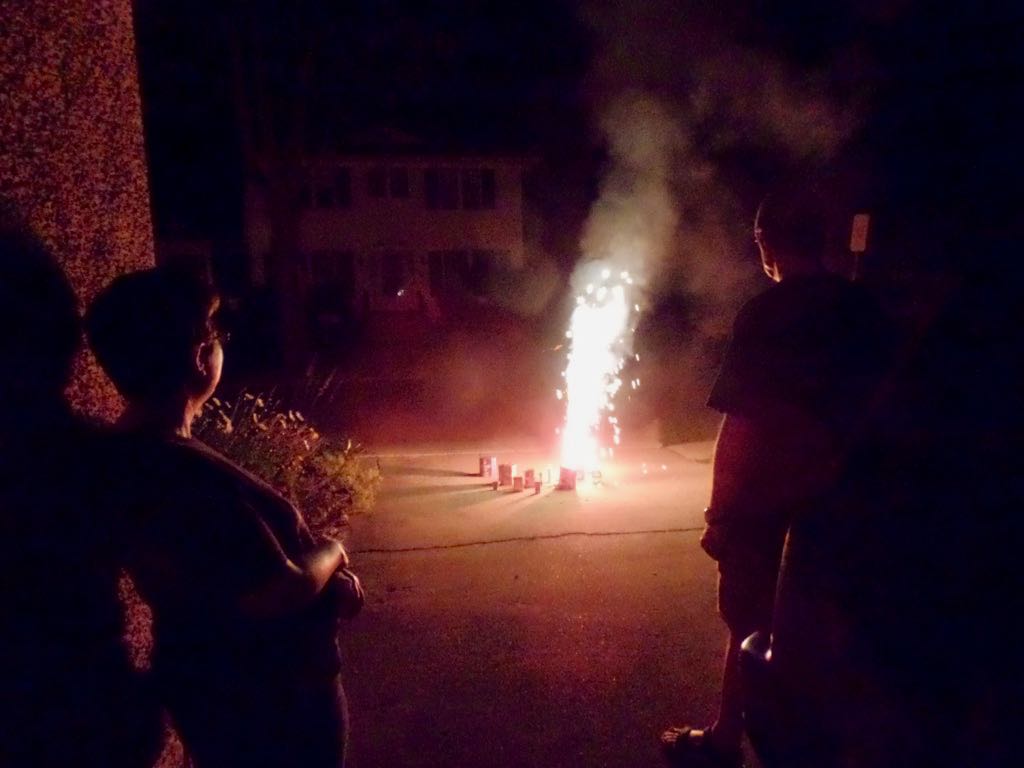 bunny_hugger's album cover from the night. 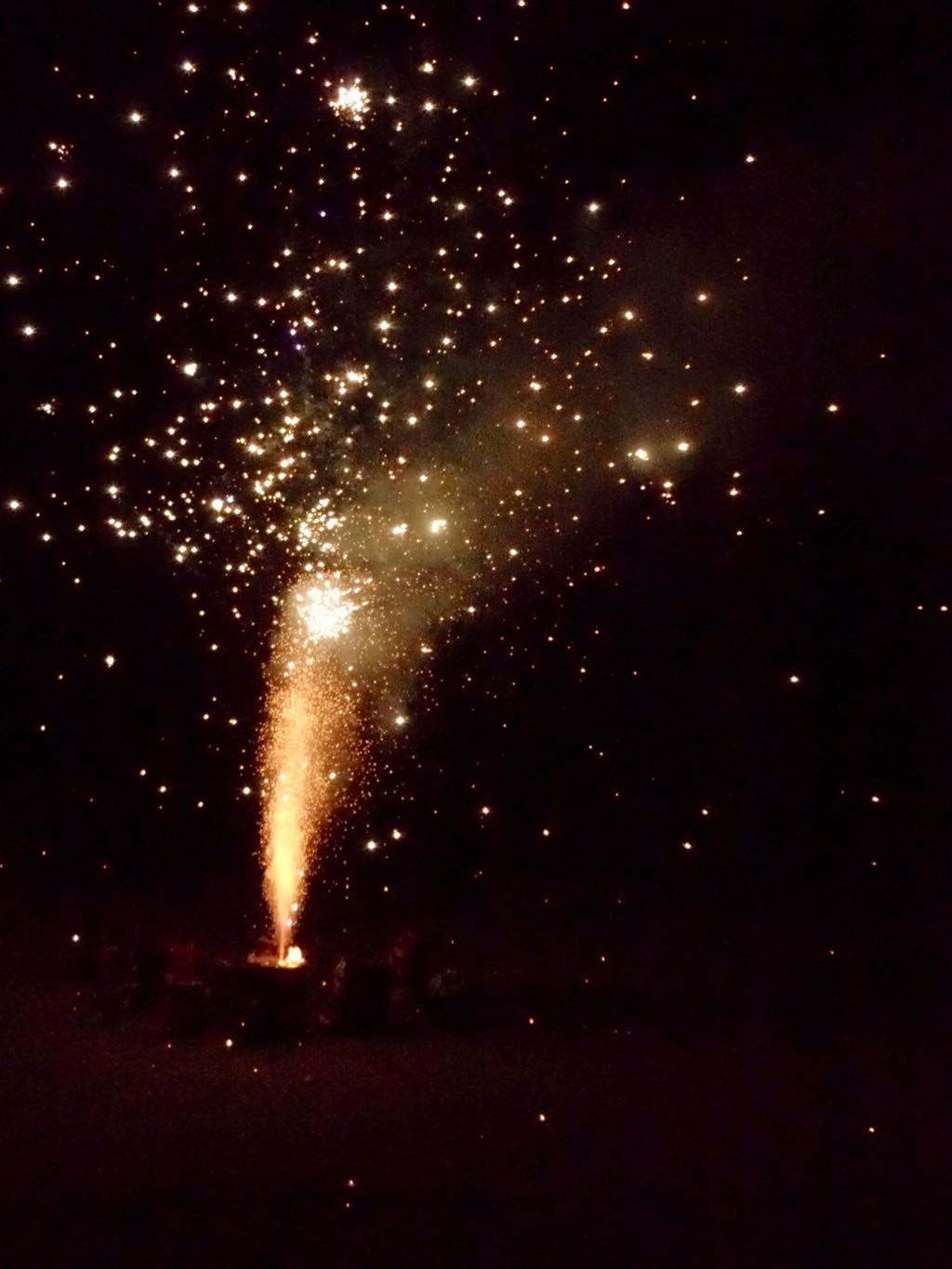 Another nice moment of a fireworks fountain. 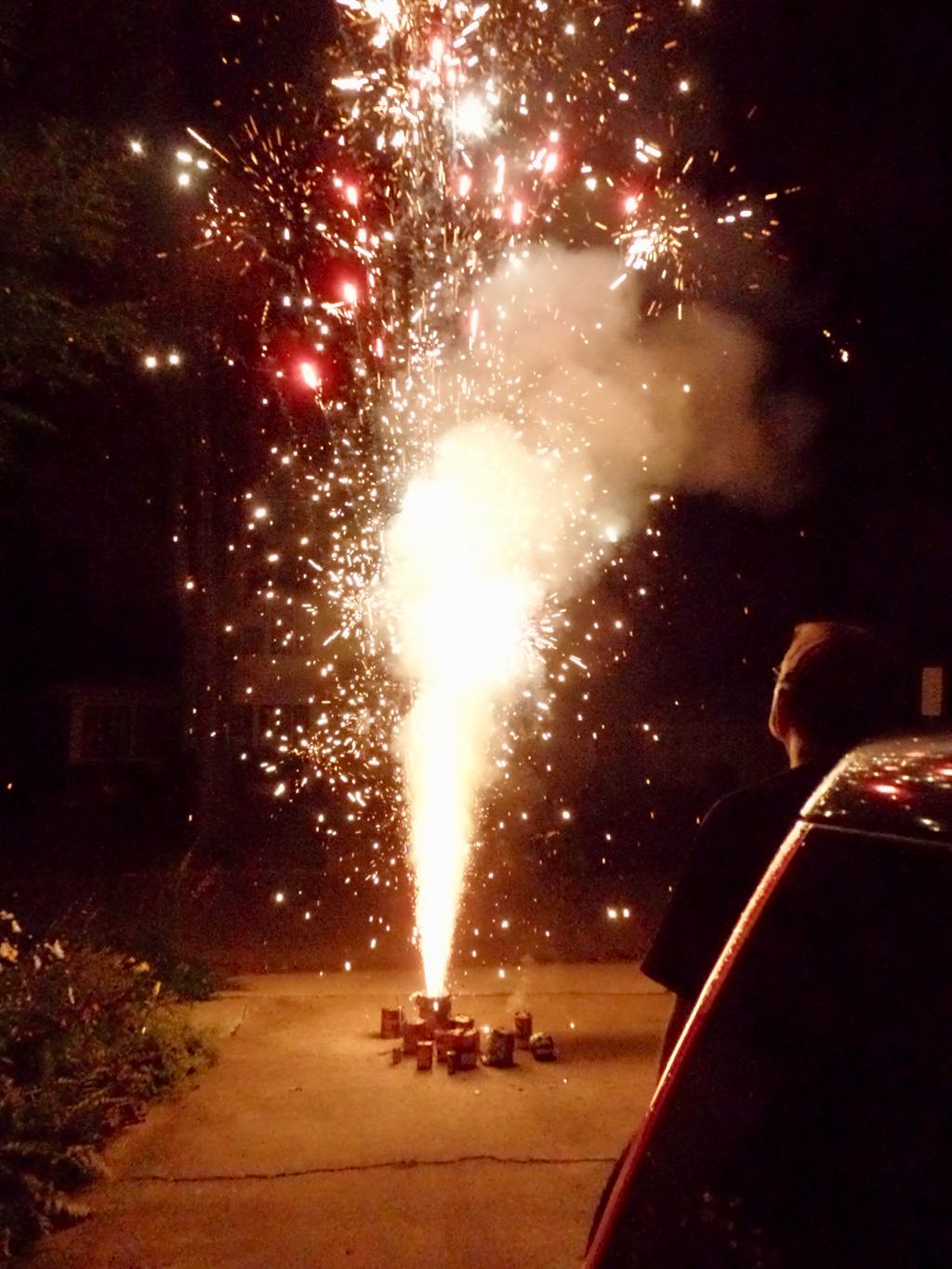 And here's a really good fireworks fountain, including some reflections in the hood of the car there.

Currently Reading: Perpetual Motion: The Illustrated History of the Port Authority of New York and New Jersey, Joe Mysak and Judith Schiffer. Published 1997, if you were wondering. Also bought at the Book Garden when I was back in New Jersey, as if there were any doubt that a book with a title and subject matter like that would be going home with me.