How I wish I had someone to talk to

Another day with The Price Is Right uninterrupted by breaking news! Also one contestant got a double showcase win with a bid only $6 under the perfect bid.

bunny_hugger has solved the mystery of why the neighbors' yard waste wasn't picked up: yard waste isn't scheduled to be picked up until April. Still, it's nice to know we have neighbors who are trying, even if they don't know when spring is scheduled for Michigan. The neighbors across the street have been bagging leaves and such too.

So, let me share a bunch of pictures from the July 2018 league night at Marvin's Marvelous Mechanical Museum. 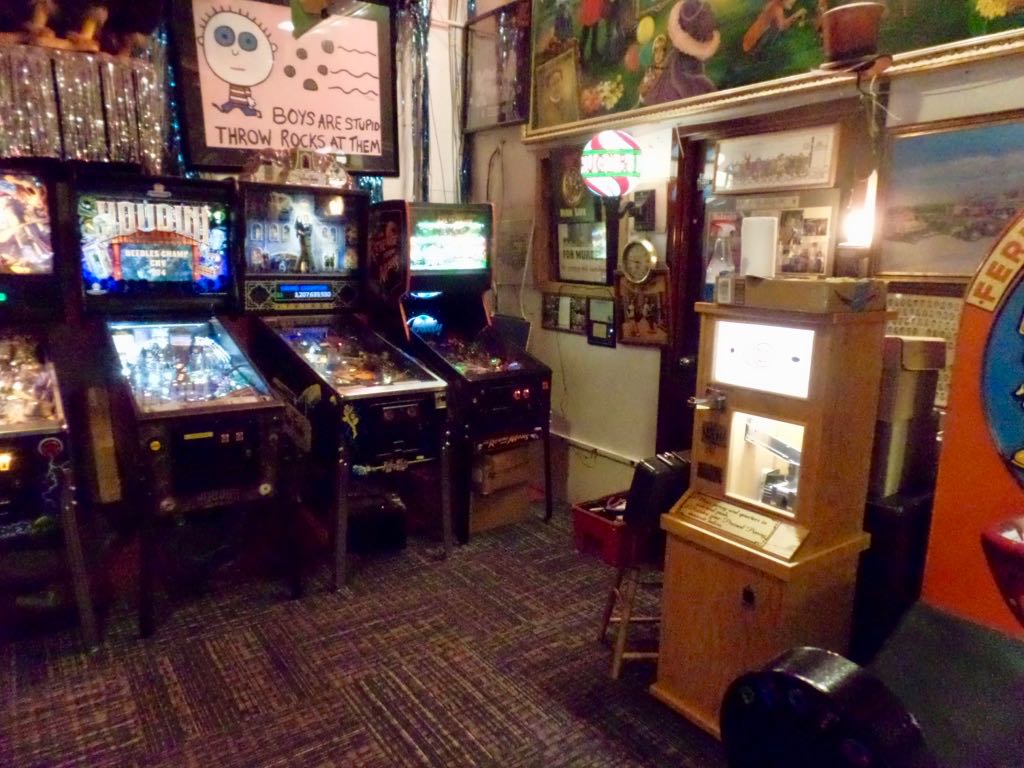 The little corner near Marvin's office (There's a doorframe next to the spherical light there). The box on top of the coin stamp machine holds all the paperwork for the league, and you can see on the stool beside it PT's toolbox as he fixes games up ahead of league. 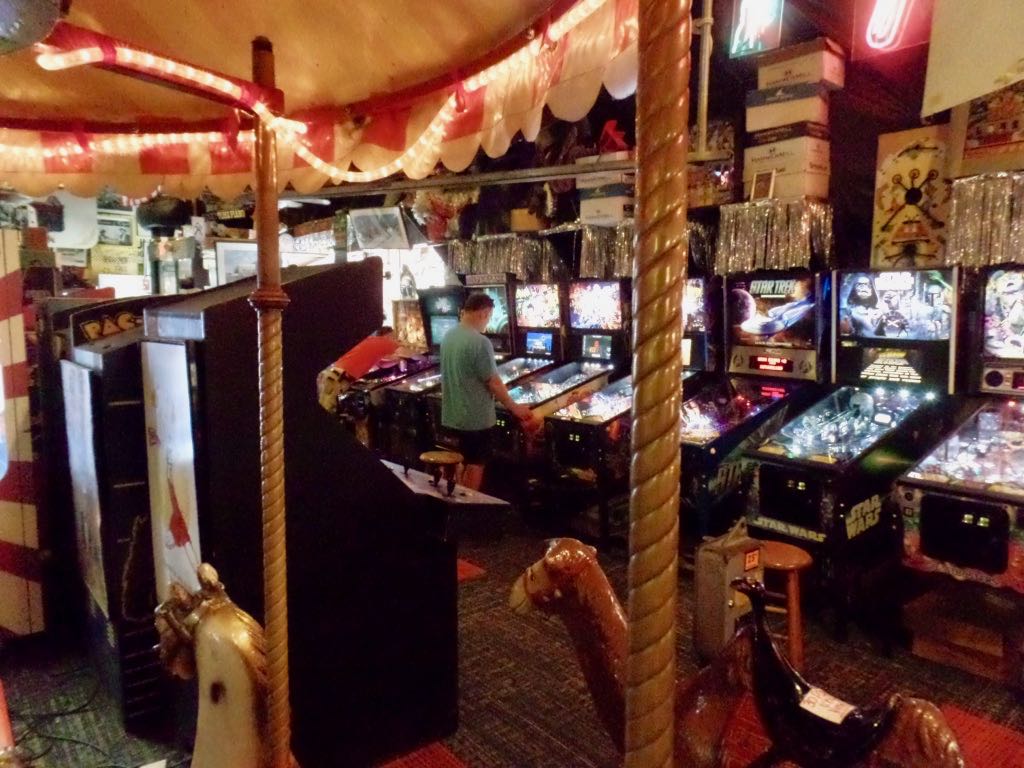 Looking over the row of pinball games they had then, through the coin-op three-horse tiny carousel. 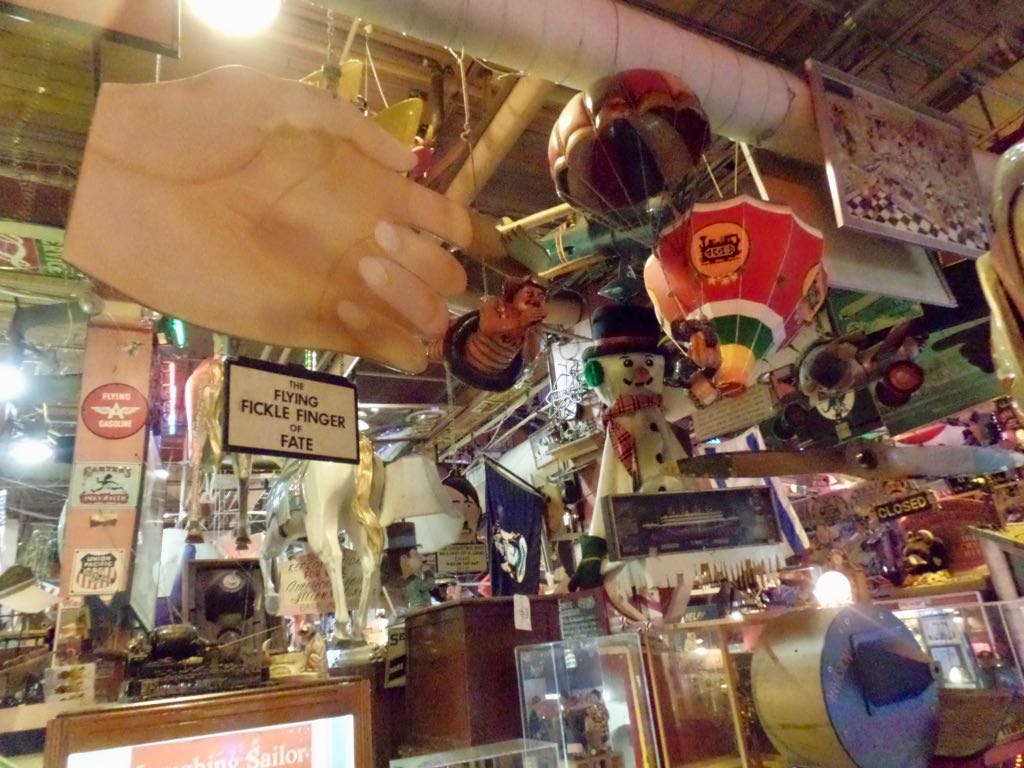 Looking off in a random direction. The Flying Fickle Finger of Fate, we once learned, was from a chain of Laugh-In-themed restaurants that was way more successful than the Here's Johnny's Carson-themed restaurants. Can't deny: the ``Here Comes the Fudge'' listed as one of their dessert items makes me smile. 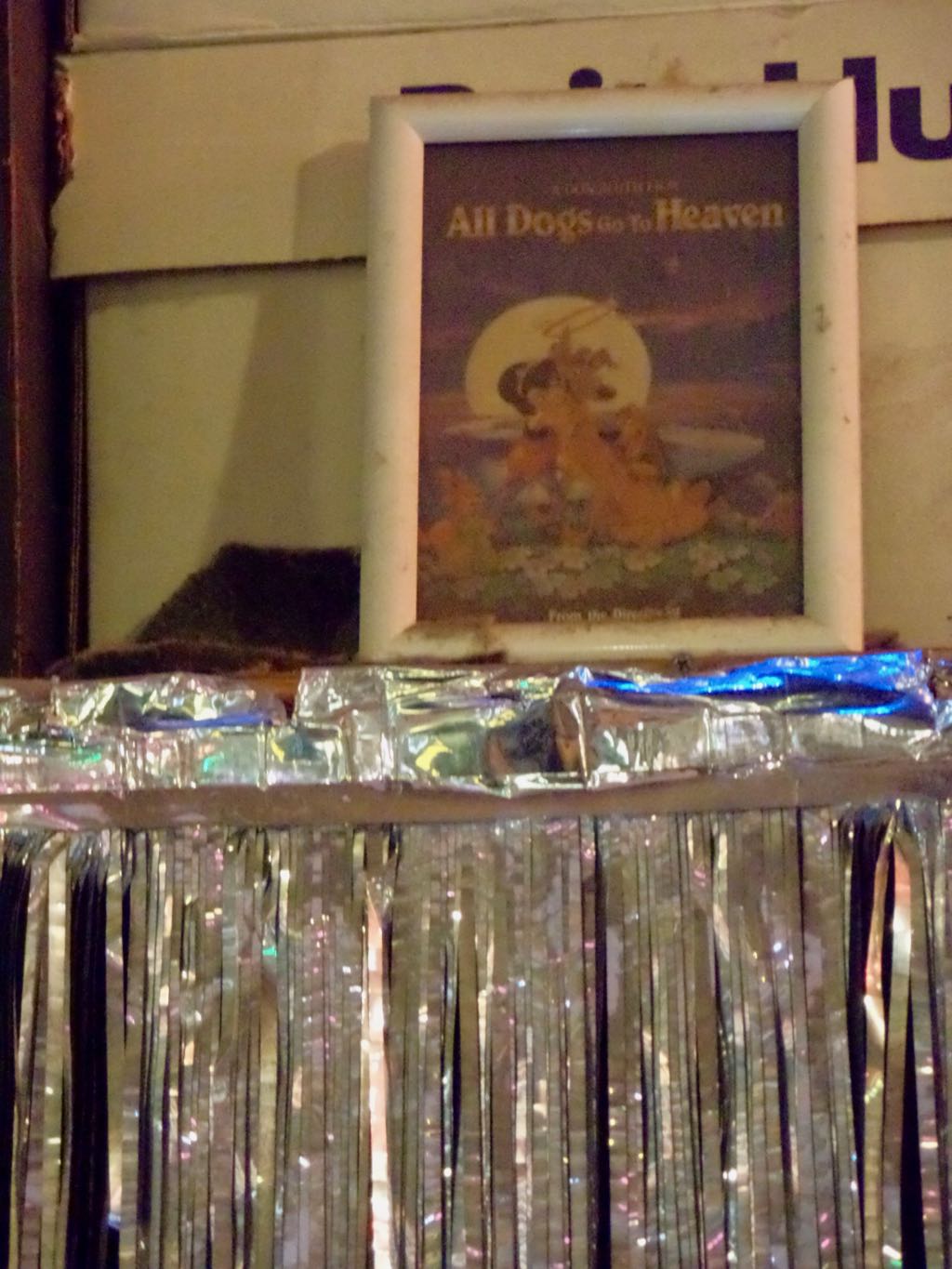 I don't know why they have a faded, dirt-covered 8.5-by-11 flyer for All Dogs Go To Heaven tucked away up on the wall, but, that's the kind of place it is. 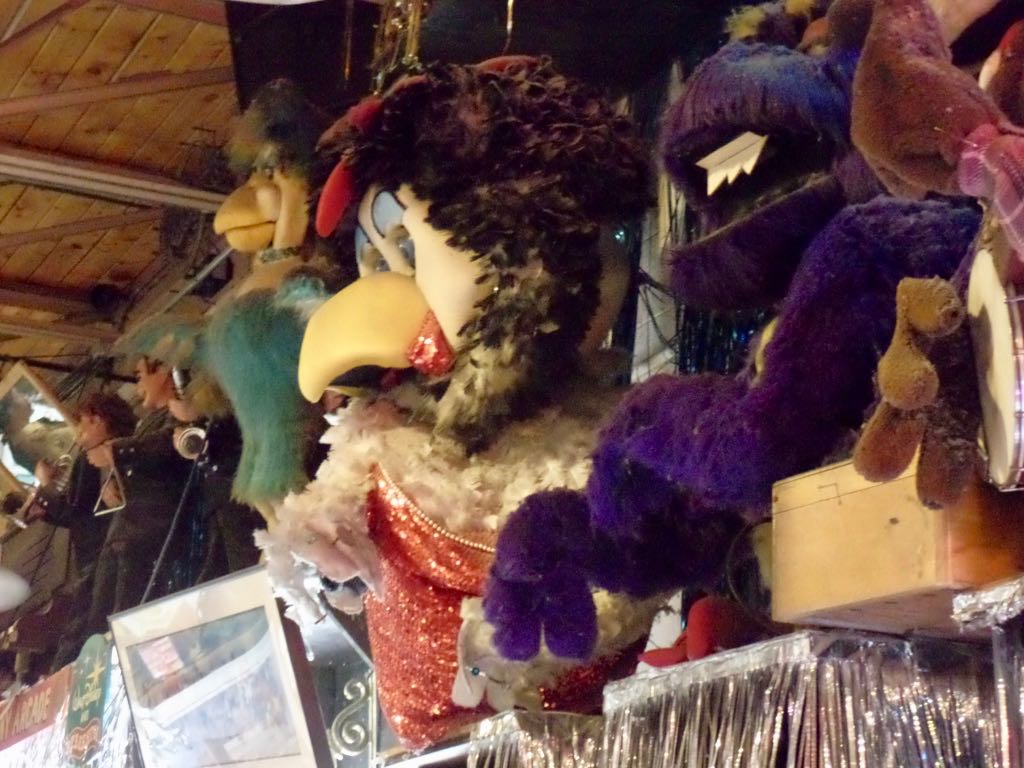 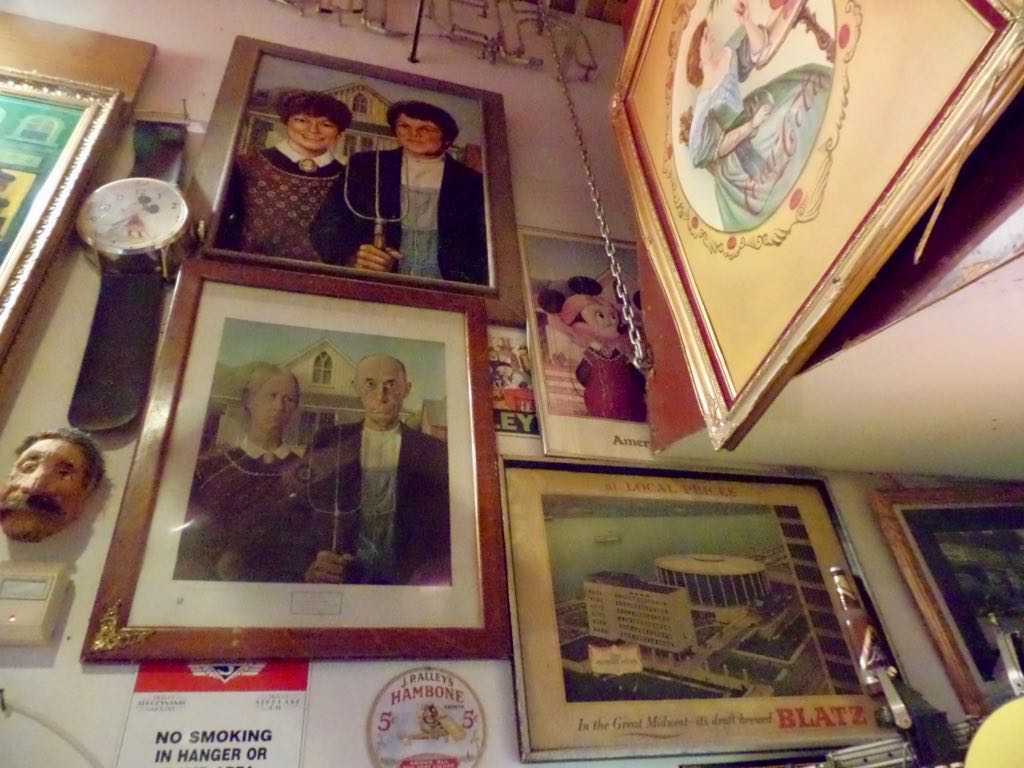 Some of the wall posters, including at least three versions of American Gothic. This is all right next to that first picture I posted and I don't blame you for not believing it. 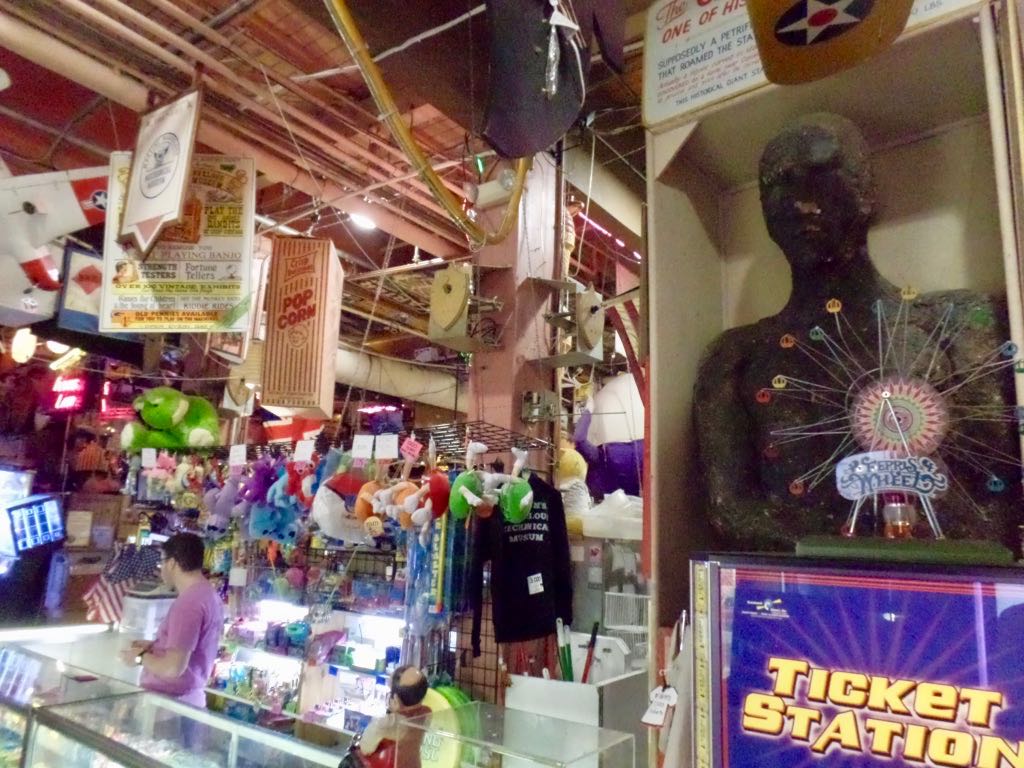 What they claim is, to the best of their knowledge, P T Barnum's fake Cardiff Giant, standing guard next to the prize redemption counter. 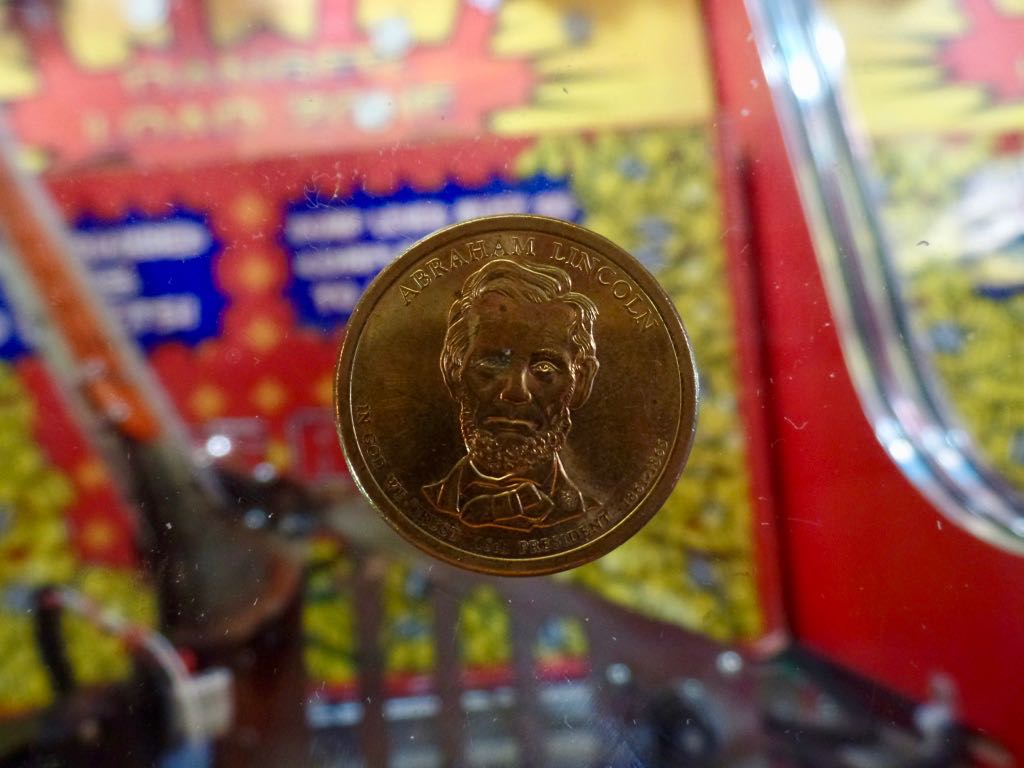 And somehow I got a presidential dollar coin in change! I still don't know why. Further mystery: they never circulated the Abraham Lincoln dollar coins. So this has to have been someone taking a collector's coin into circulation. There's innocent reasons that could happen but there's still a story there. Also, that's a heck of a mess there in his tie. 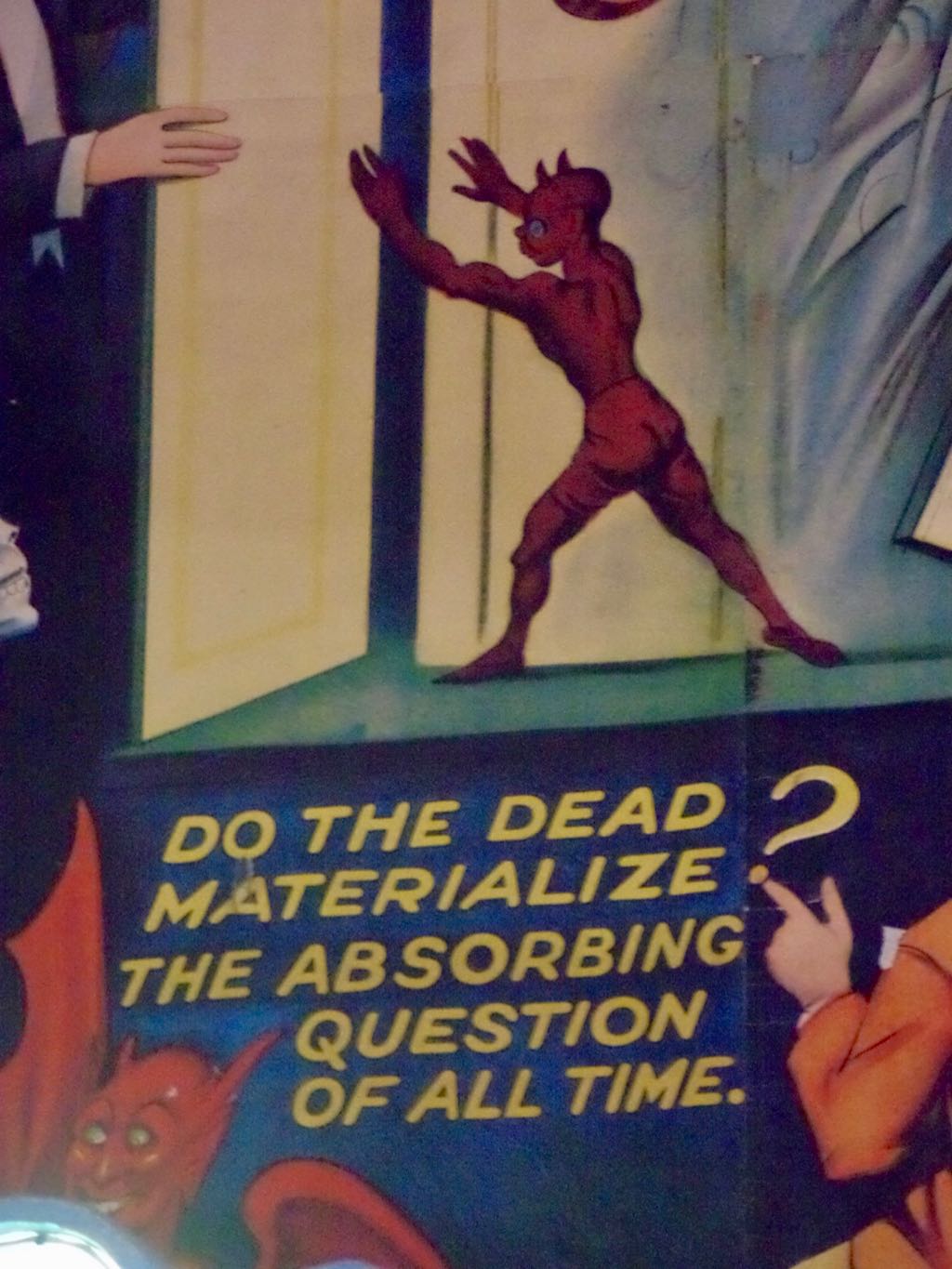 Tiny little devil, part of one of the vintage (I assume reproduction) magician posters that cover empty patches of walls. 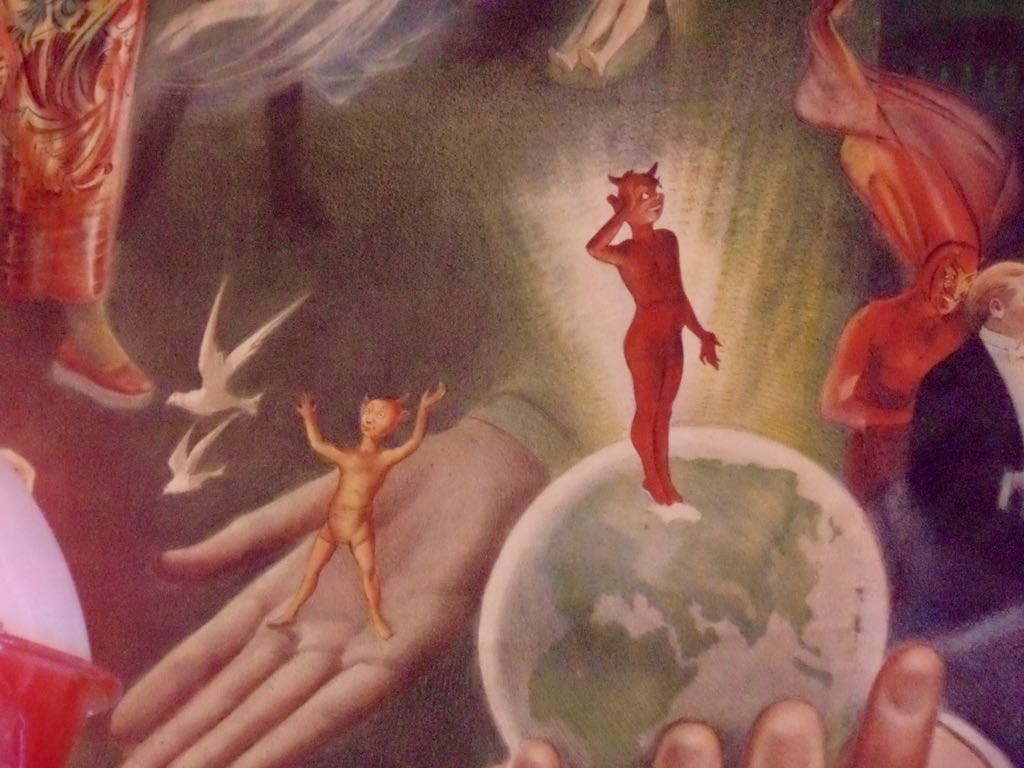 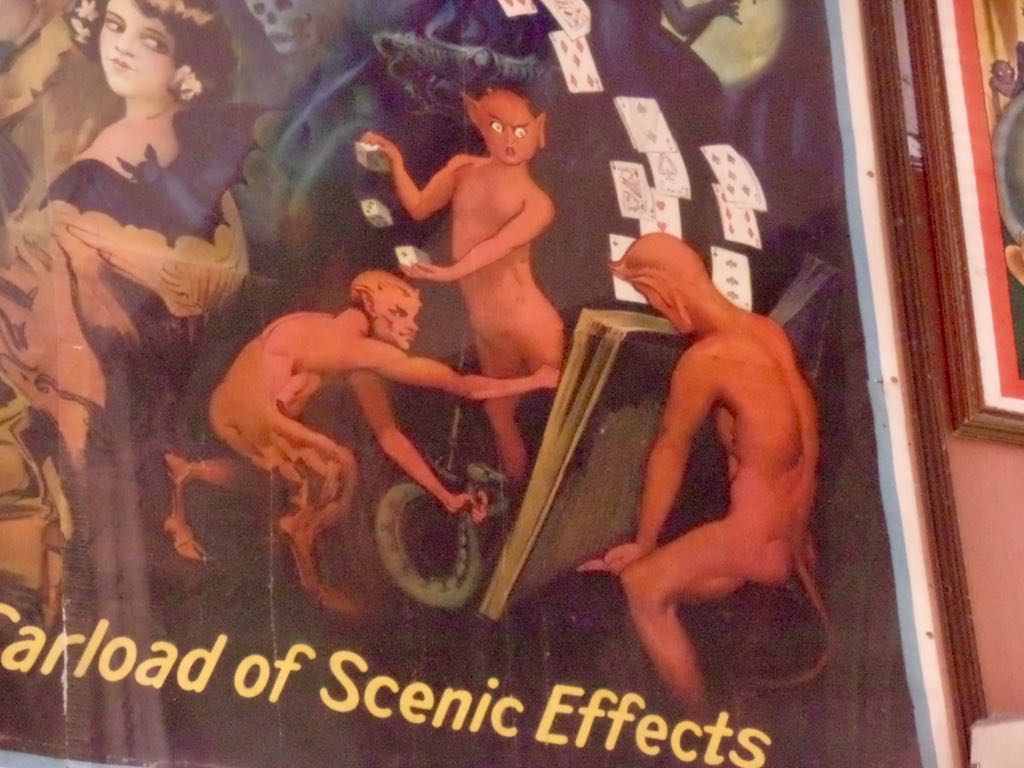 And then here's a couple devils messing around with a magic book. Again, they're all kind of adorable. 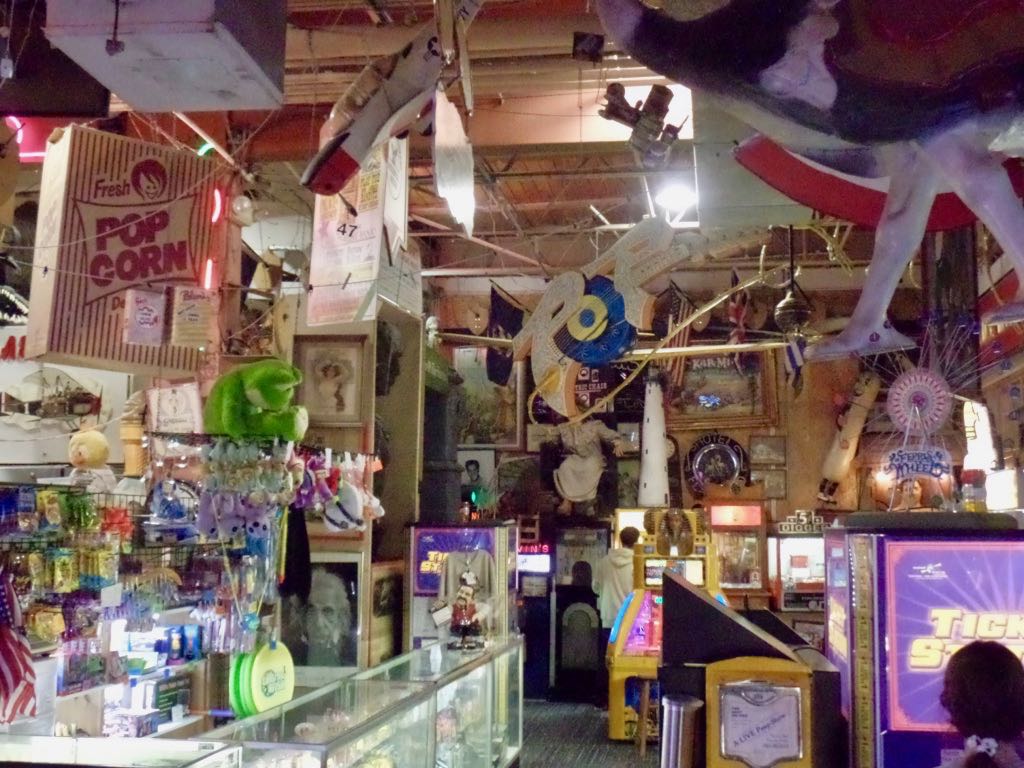 Looking back at the prize counter; you can kind of make out the Cardiff Giant on the side there. And a bunch of other stuff including an octopus 'walking' in the air.

Trivia: John Quincy Adams died at age 80, two days after collapsing on the floor of the House of Representatives. Source: Union 1812: The Americans who Fought the Second War of Independence, A J Langguth.

PS: Reading the Comics, March 17, 2020: Random Edition, which should have been just a couple quick paragraphs about a few comics and then sprawled way the heck out.