I'm in an awful way

That's another week I kept my humor blog filled. You can have it added to your reading page on Dreamwidth. Or you can add it to any RSS reader you like. If you're still counting on me reporting things, then, here's the past week's writing.

Next up, in July of 2018: the Baby Food Festival in Fremont, which is probably the second-biggest pinball event in Michigan, after Pinball At The Zoo. We got there for a Friday of qualifying and a Saturday of playoffs. 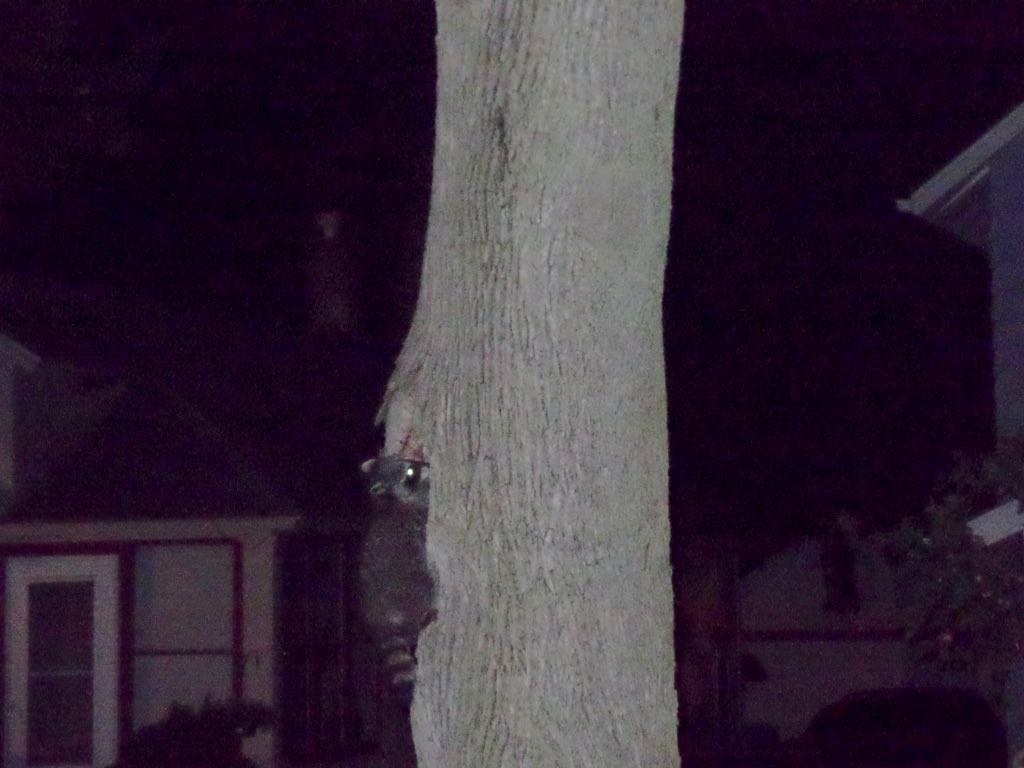 Oh, before getting into that. I was closing the front door one hot summer night and what did I see but some cousins out in the yard! A family gathered together, watched me, and then crossed the street, marching up the sidewalk toward the auto care place. This was the only good photograph I could get of any of them. 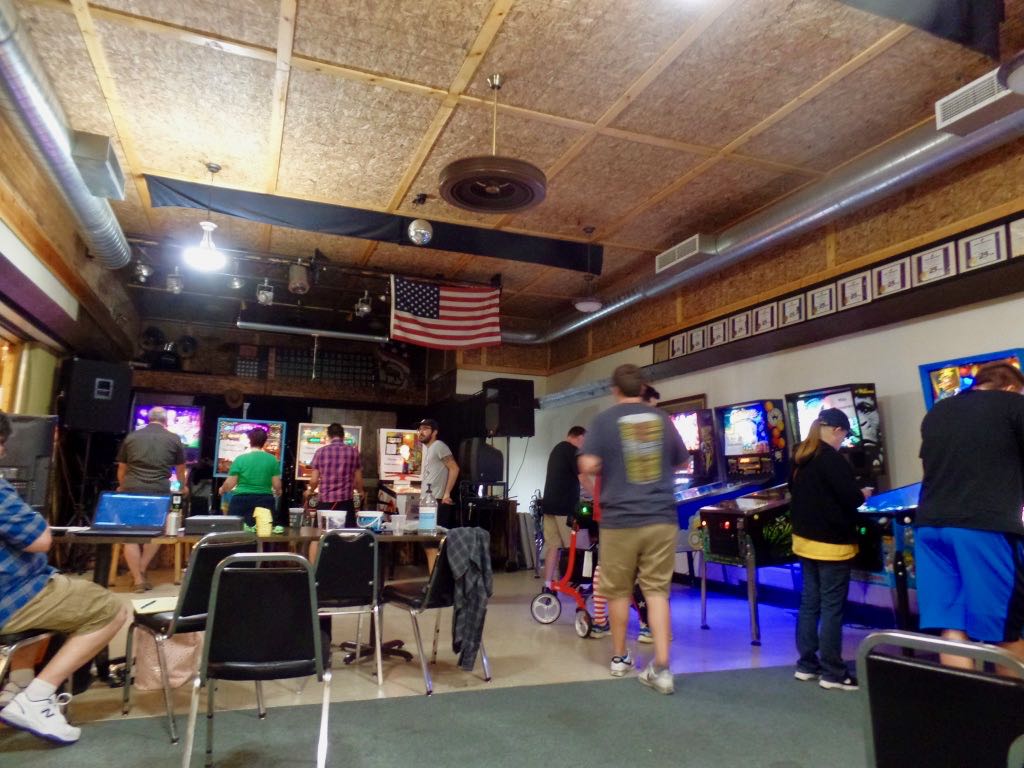 So here's where the Baby Food Festival was held that year, in the Moose Lodge in Fremont. The classics games are the ones in the back; the main tournament games are lined along the right wall. 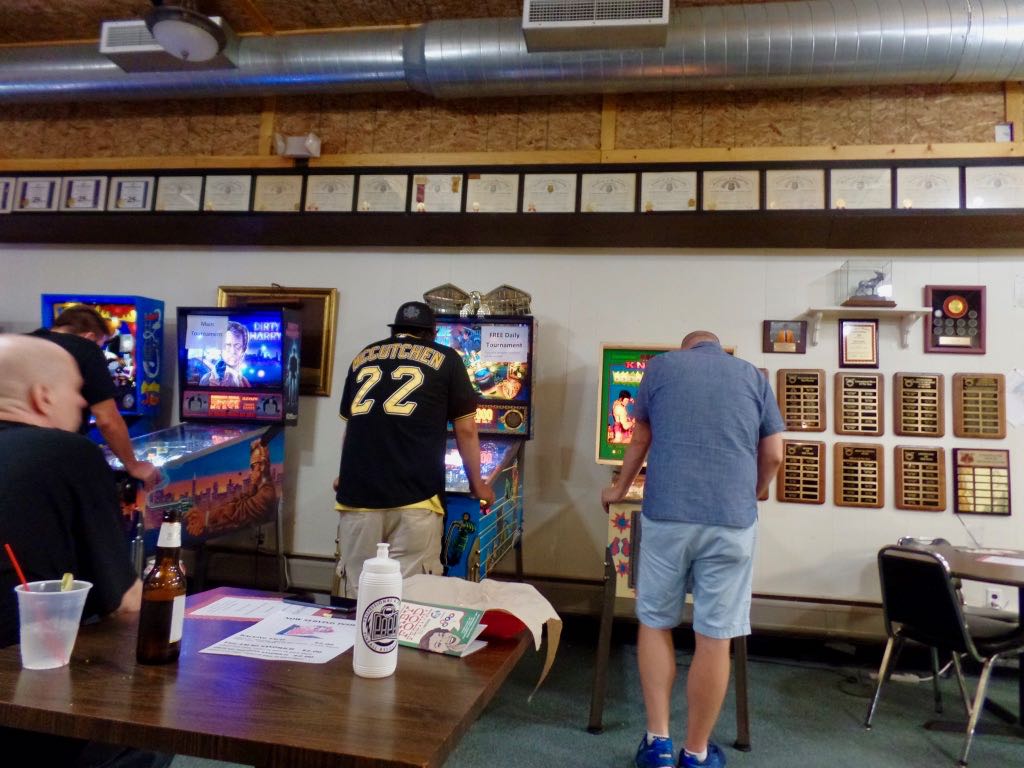 More people playing qualifying games. Judge Dredd, a table that nobody really understands, mercifully went down before the serious play started. Also, that's a lot of certificates and plaques on the wall. 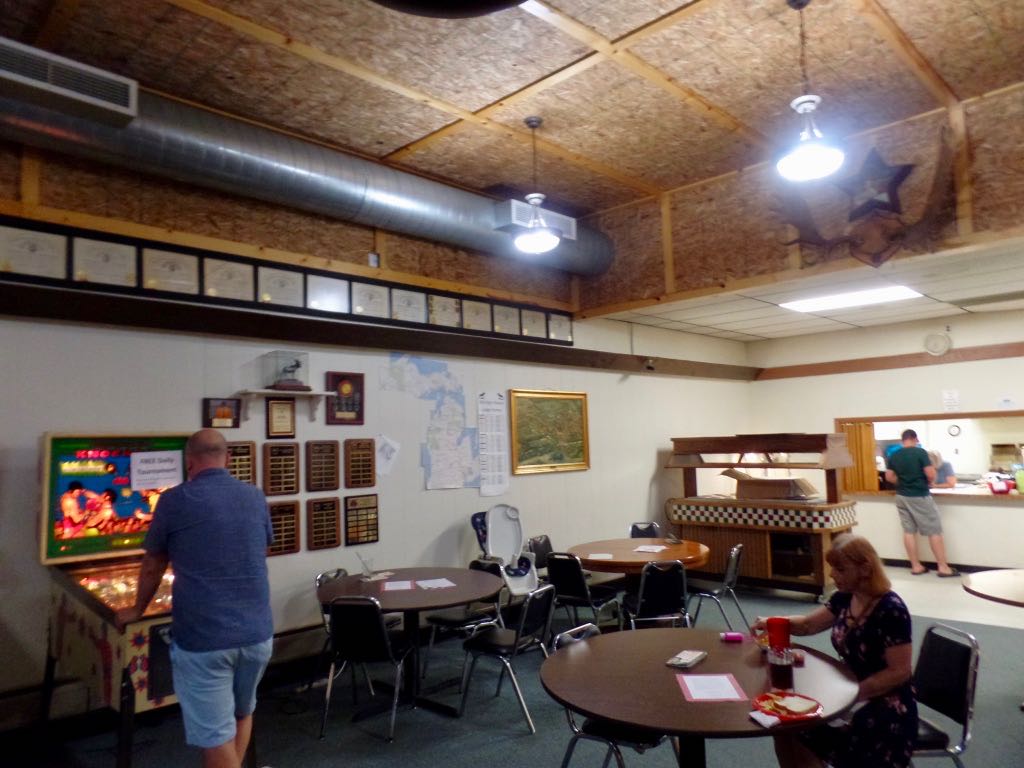 Toward the back of the Moose Lodge. They had a kitchen with a bit of food, although not much good stuff for vegetarians. 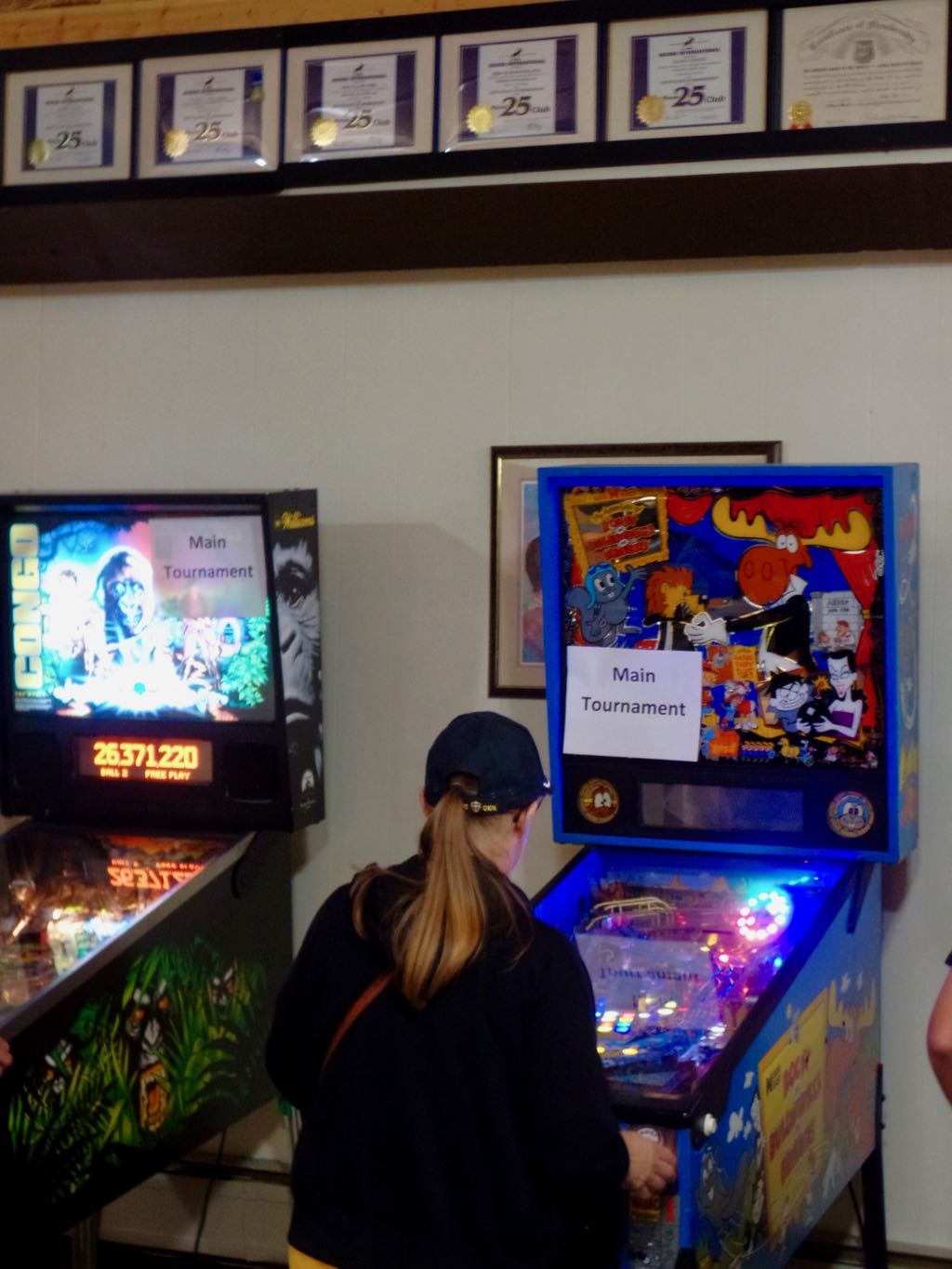 So the Moose Lodge is right next to the Blind Squirrel tavern --- we used the Blind Squirrel's Wi-Fi the whole weekend --- and we asked AJH, who organized the thing, if the inclusion of Rocky and Bullwinkle in the tournament was a tribute to that. He said he wished he had thought of that. 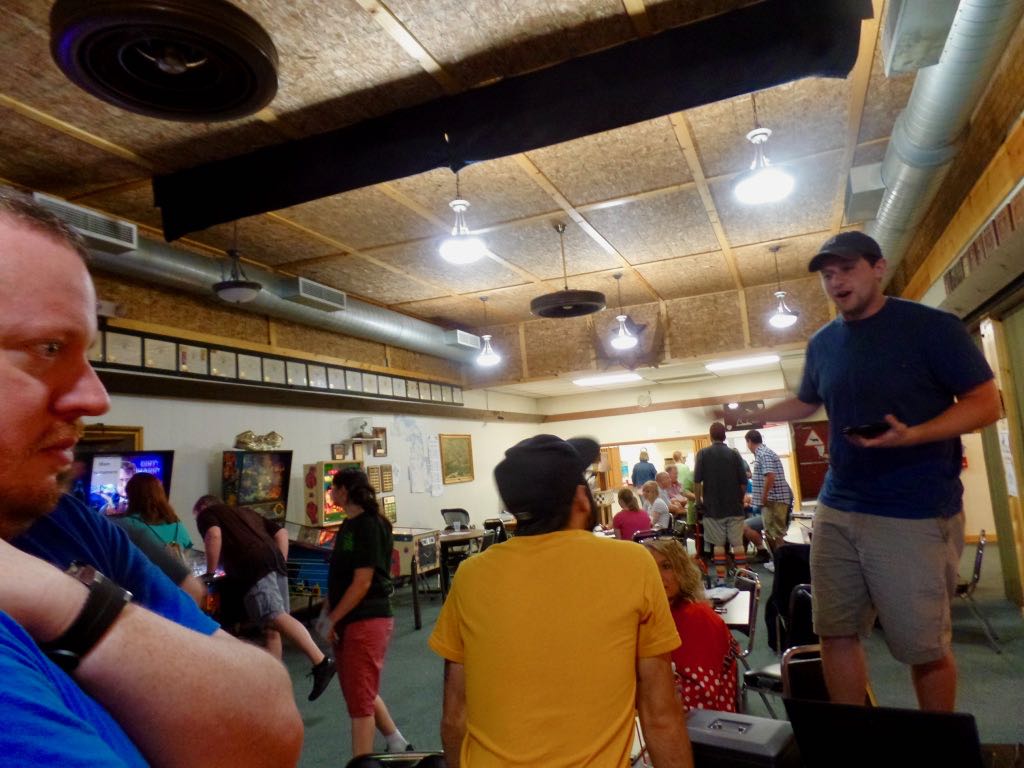 Announcements at the start of playoffs. Some people seem alarmed by all this. 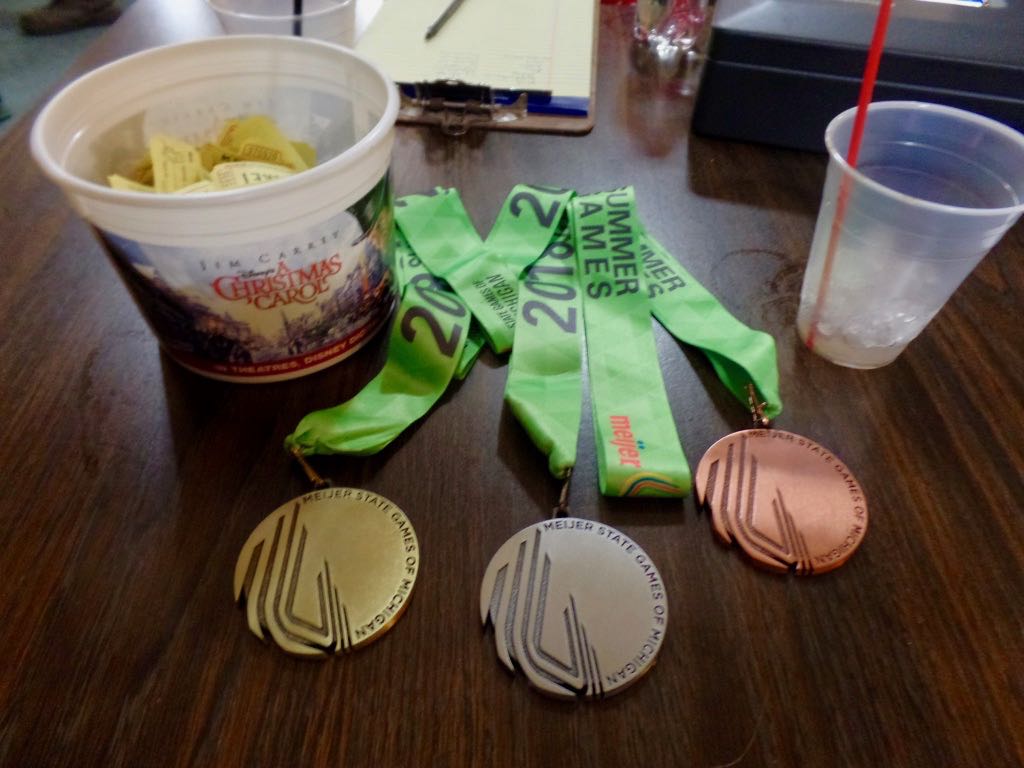 Prizes! A selection of the medals, which Meijer provided this year and so were really fine-looking pieces. Also a movie popcorn bucket used to collect people's entry tickets. 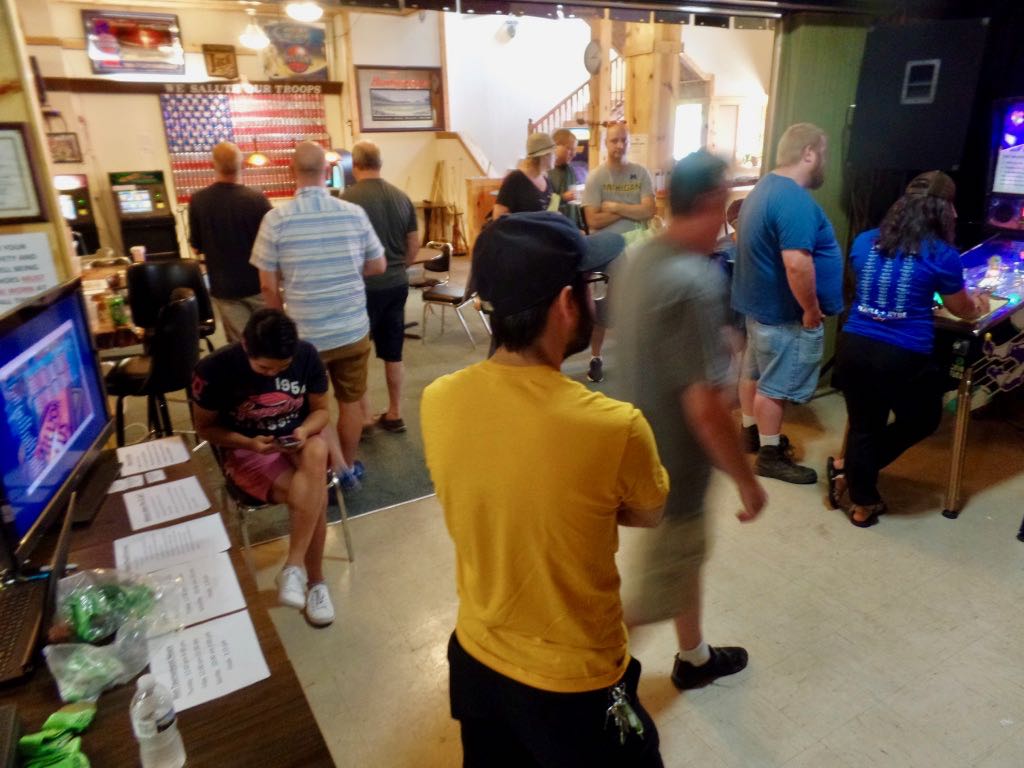 Some milling around in the tournament. And also looking out on the non-tournament area of the Moose Lodge, including that great banner promising that We Salt Our Troops. 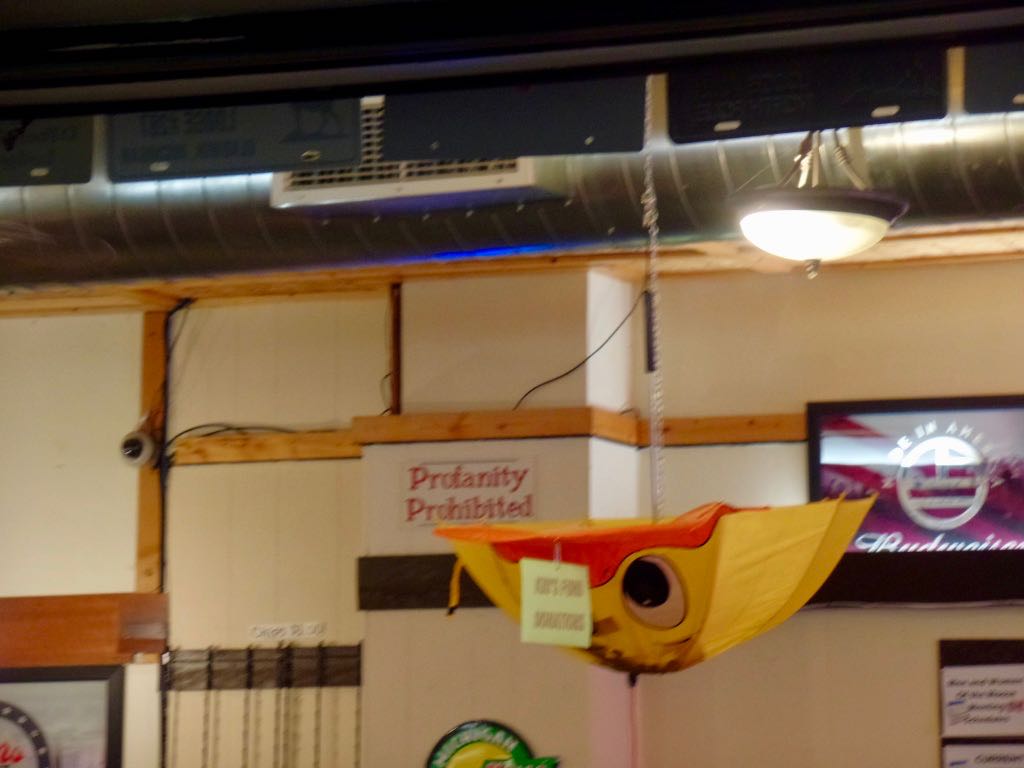 I do not know what role the upside-down duck umbrella serves in the mythology of the Fremont Moose Lodge. 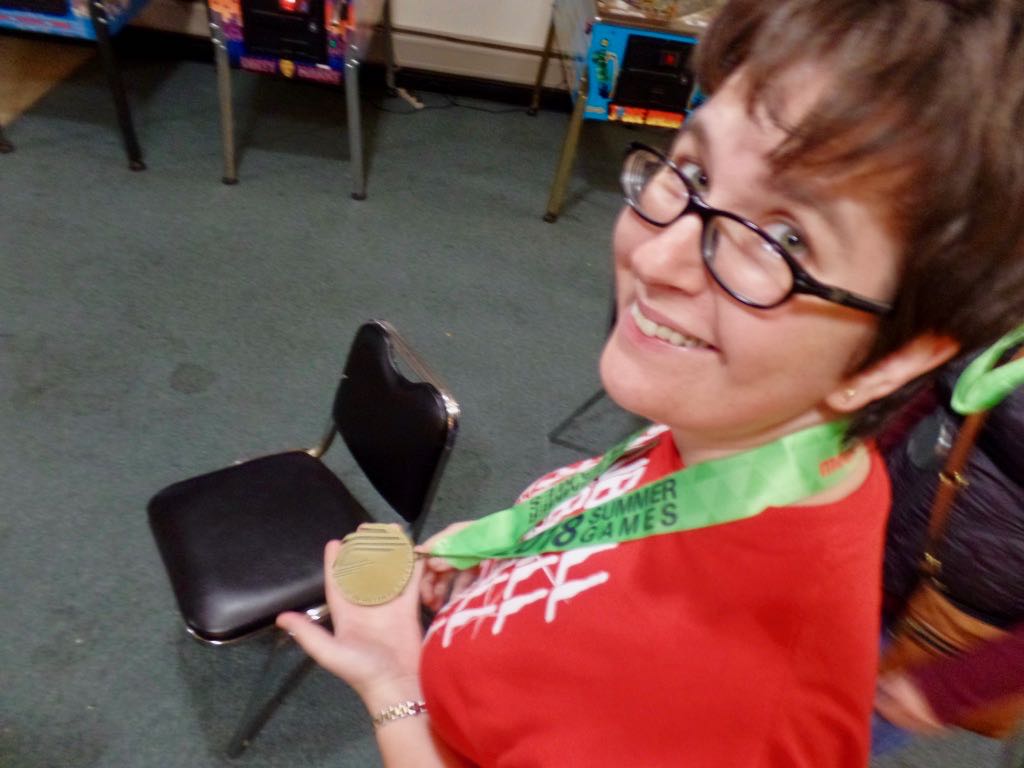 bunny_hugger had a good day in the Women's Tournament, taking home some real hardware again. 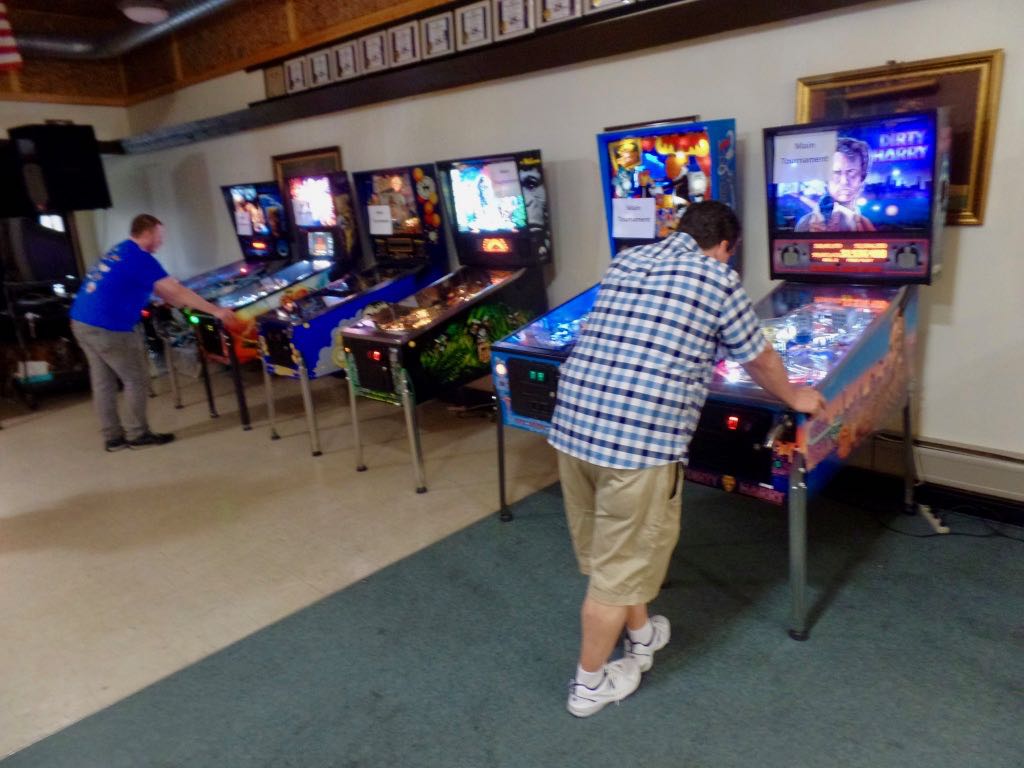 Advancing into finals, in a group that included me. We were all putting forth some of the world's worst games of Dirty Harry, which is amazing because if you get the hang of three shots you can put up as high a score as you can bear. Some days, you know? 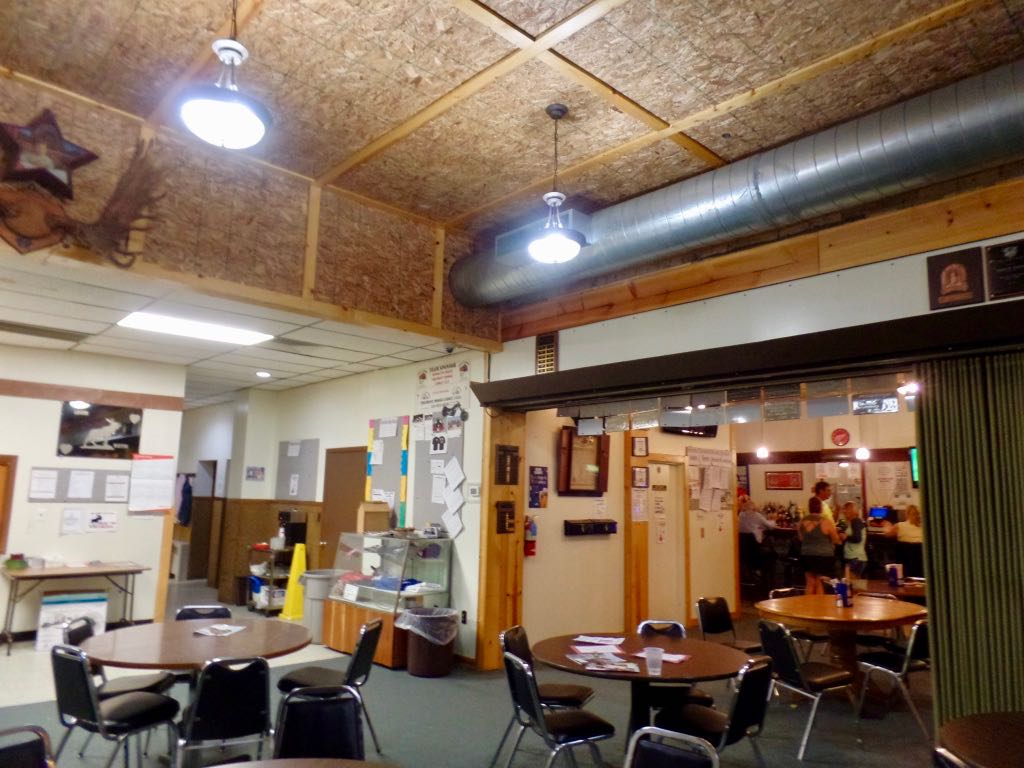 And one last look at the Moose Lodge, the boring old areas by the bathroom and the coffee machine and flyers that were really quite interesting when we didn't have pinball to get to.