And you can't win

So, it's war with the neighbors then. I don't think at all that they mean to pick a fight; it's just, it's been thrust on us. See, they have a lamp. It's got a big elephant-shaped base and, really, it's kitschy in a way that appeals to us both. The problem is they've set it in their bedroom window, right in the window, without curtains. And left it on all night. The problem is their house is about eight inches from our house, and while our bedroom window is not directly opposite their lamp window, it's close enough to shine into our bedroom. This bothers me not at all; evidence is that I could get a good night's sleep in on the floor of the New York Stock Exchange. But it adds just enough brilliance to our bedroom to keep

bunny_hugger awake. And apparently they're just leaving the light on, all day and night. So we're getting a blackout curtain for that window and, in the meanwhile, have it covered with paper bags so that it's dark enough for bed.

What's unexplained is why they have a lamp in the window, turned on, all day and night, unless they're trying to reassure Dear Papa that he is not forgotten during his voyage on that whaling ship out of Nantucket.

So let me wrap up the Pinburgh 2018 Friday pictures. There's more for Saturday and Sunday, days when I wasn't always getting very nervous about whether I could remember how to play Welcome to Cactus Jack's, which if I had, would have got me into the finals. There's no justice. 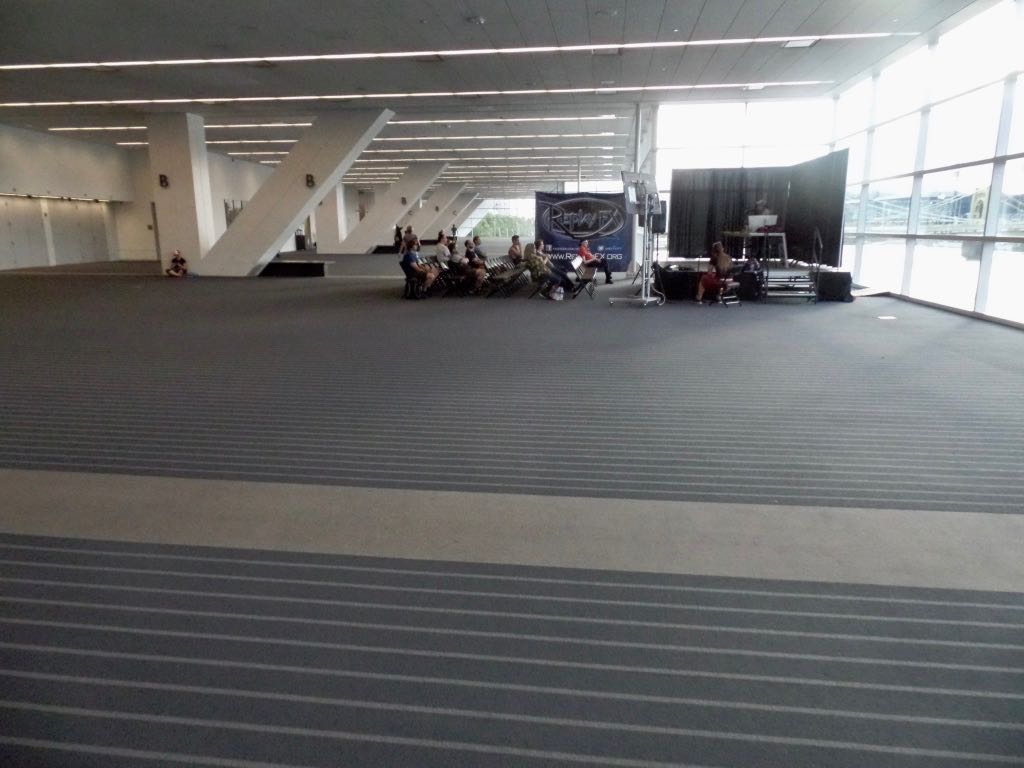 Here's one of the panel sessions going on, pretty well, too, although I only saw it in passing while off to get a pop from the vending machine that's at the far far far end of the hall. 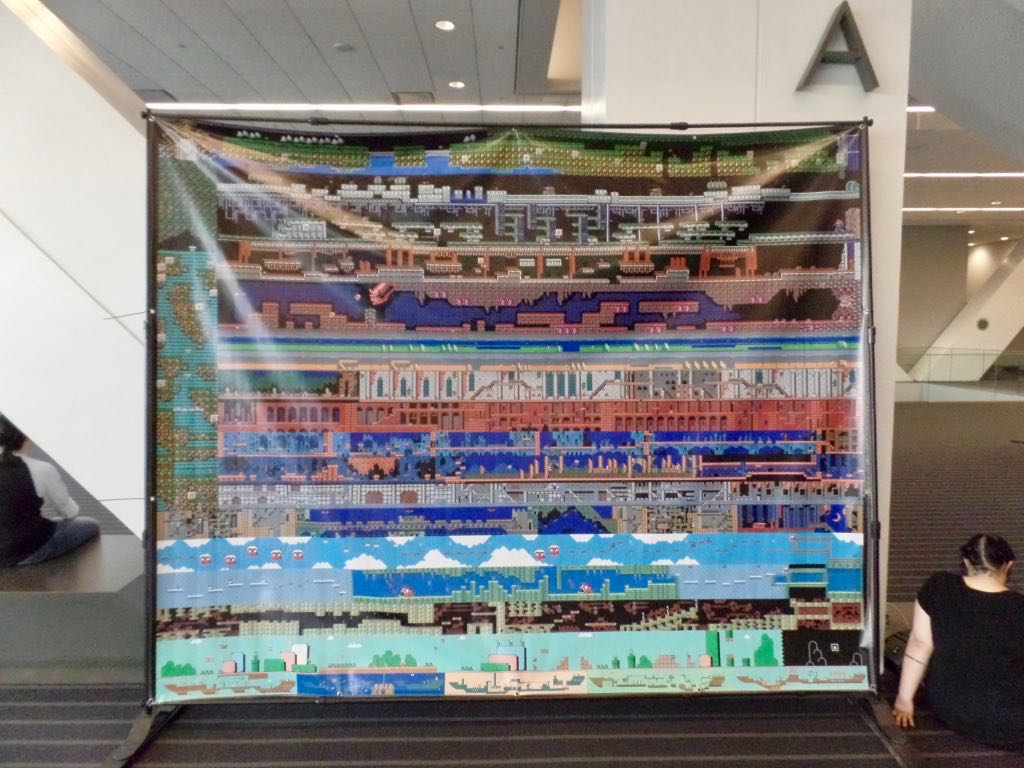 Oh, hey, it's a nice big poster with the map of some video game thing! 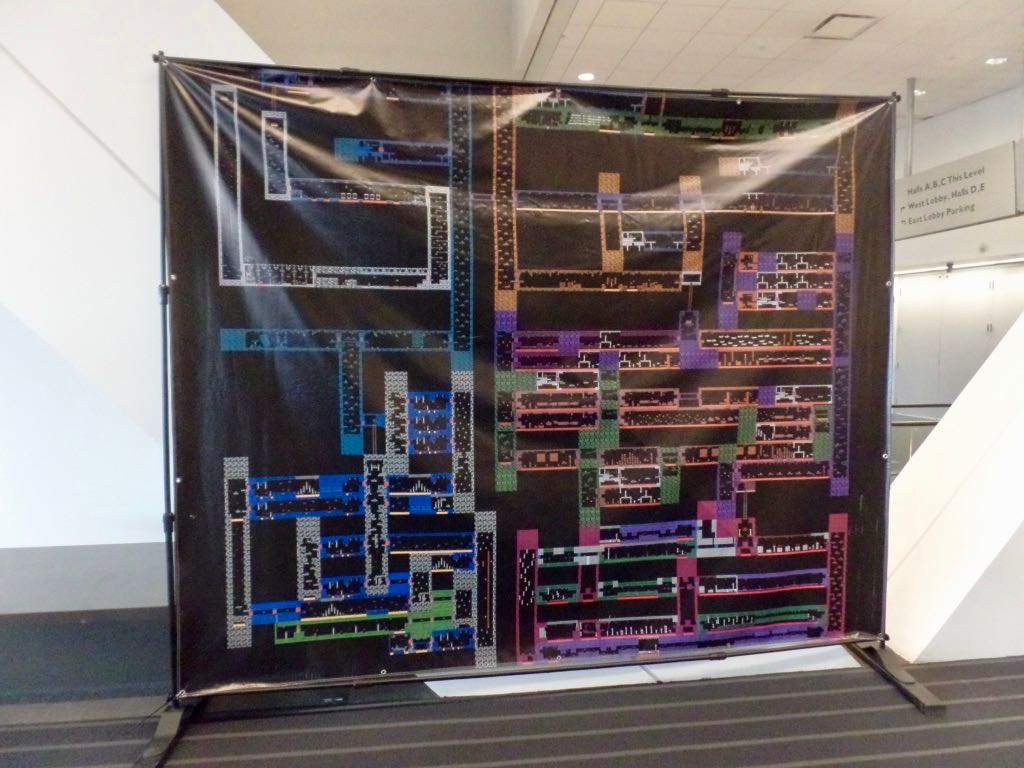 And hey, it's a nice big poster with the map of some other video game thing! 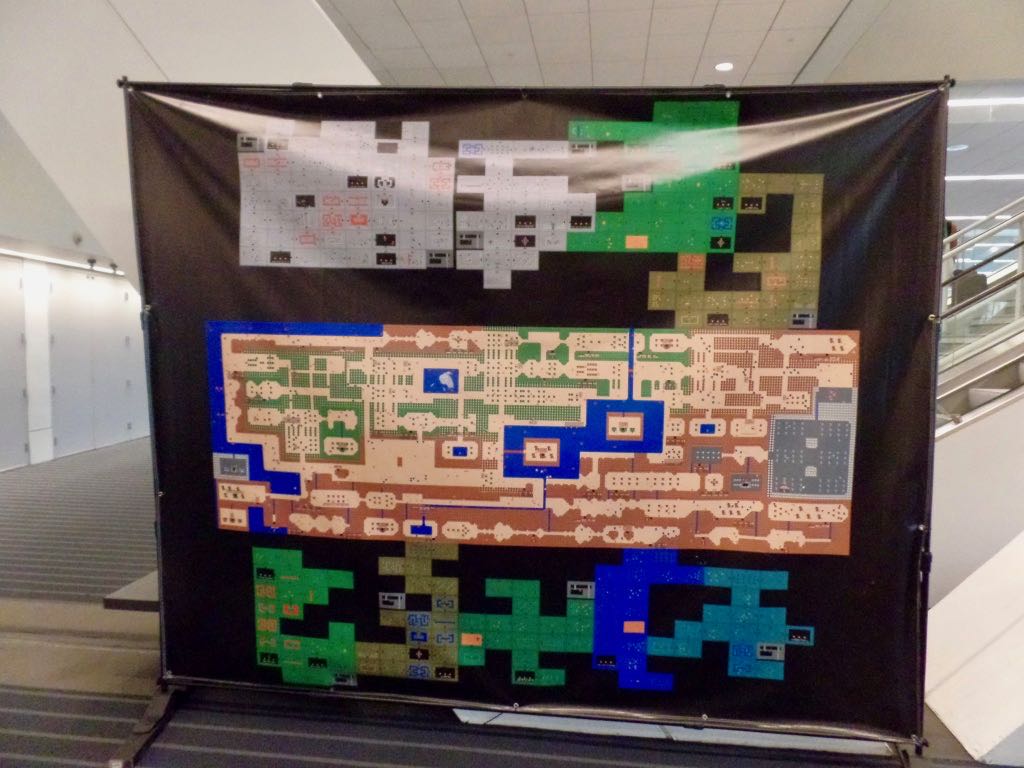 Here, now, we have a nice big poster with the map of I'm guessing some video game thing? 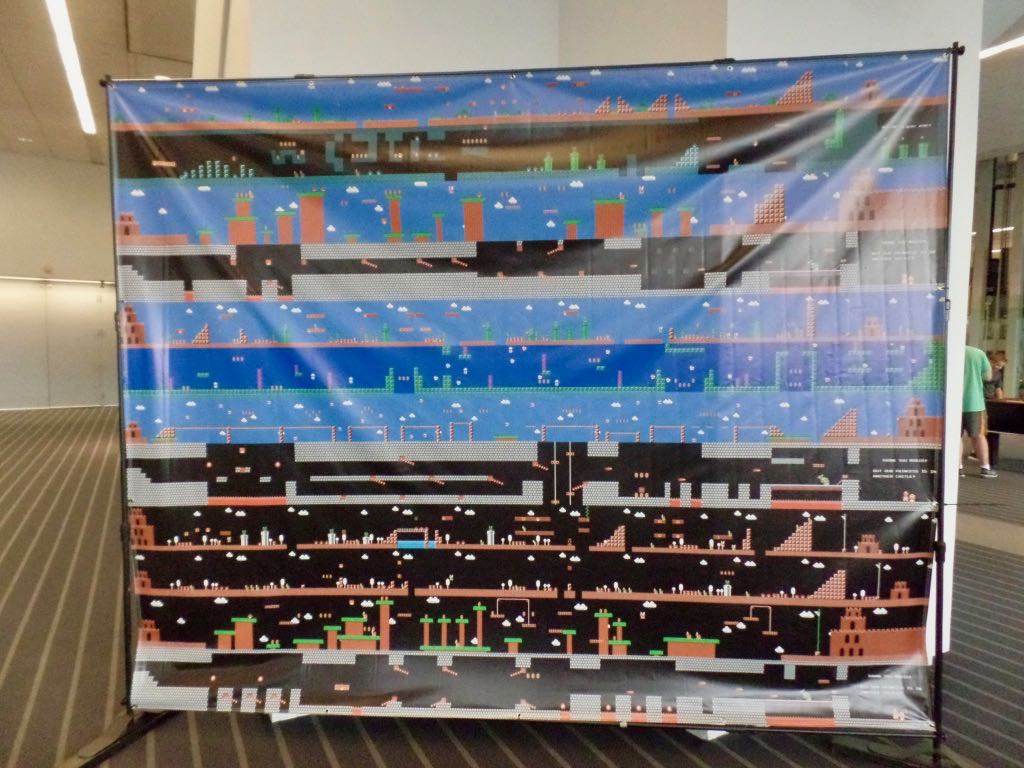 And oh! It's a nice big poster with the map of of a video game I recognize! It's Donkey Kong Country, right? 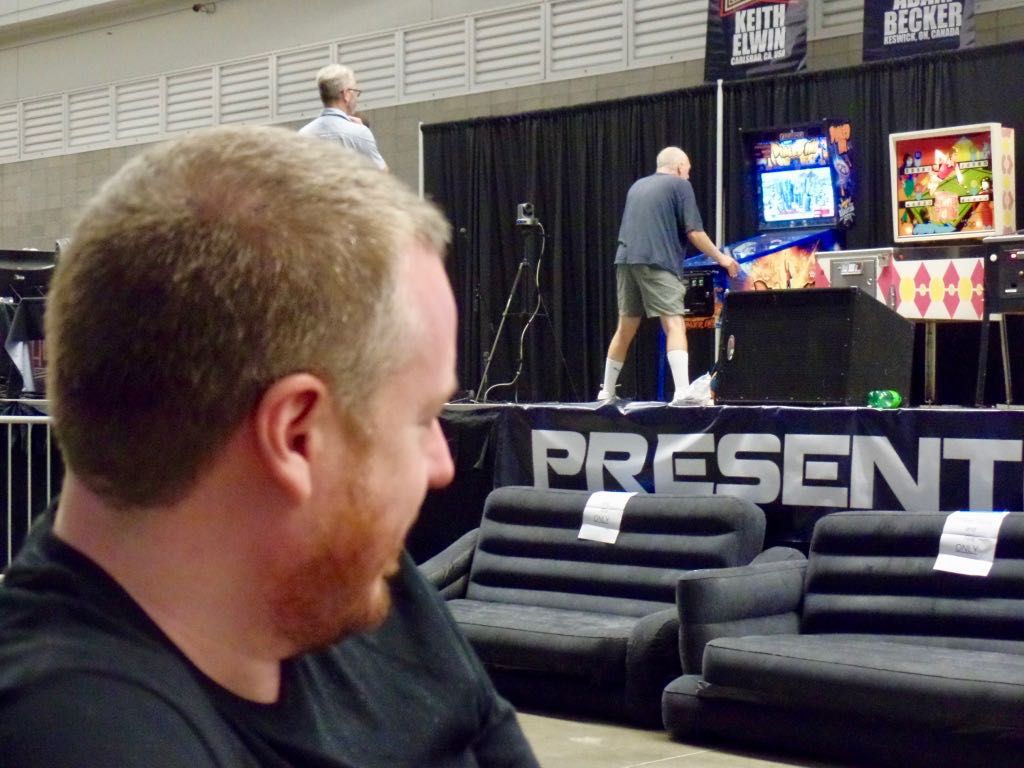 Trivia: The first units of measurement designated in United States law were set in the 1796 act providing for the sale of land in the Northwest Territories, declaring that parcels ``will be measured with chains containing two perches of 16½ feet each, divided into 25 equal links, adjusted to a standard kept for that purpose''. These links are those of Gunter's Chain, a surveying tool developed by Edmund Gunter in 1620 in England. Source: Measuring America: How the United States was Shaped by the Greatest Land Sale in History, Andro Linklater. (A chain, of 100 links, was 66 feet; each link was a little under eight inches. An acre is ten square chains, or 100,000 square links, in area, making it not bad to convert between traditional English land measurements, built on base four, and decimals.)

Currently Reading: Fear City: New York's Fiscal Crisis and the Rise of Austerity Politics, Kim Phillips-Fein. Because, you know, I wanted some nice light reading while we're all dealing with the crisis.