We got our Easter chocolates today! Fabiano's, in town, let us in (one customer group at a time) and we hurried to pick our stuff so as to let other people buy.

bunny_hugger had placed an online order she had just meant to pick up, but they let us do a little browsing anyway. So that's good. We were long enough that one person walked up to the door, couldn't get in, and then left rather than wait. The day was chilly and I assume he'll be back, but we're embarrassed cheating him out of his chance to get anything.

I overspent on chocolates, but, you know? What else am I buying these days? Besides art commissions, I mean?

Weirdest thing about all this is they had plastic gloves for us to put on while shopping inside. It's not that big a thing and it makes sense, sure. But that, and that their 75-pound solid chocolate Easter rabbit was not on display (they had it in back, they said) are just some of those little things that mark the normal as weird.

Here's a more happy weird normal: Saturday of Pinburgh 2018! We got up late, since it's not like anyone needed us at finals or anything, and were even later because dummy me ordered a calzone for lunch, not realizing that they would bake it from scratch instead of take one that's been sitting in the oven for 45 minutes on spec. Once that was done, though, here's what we saw. 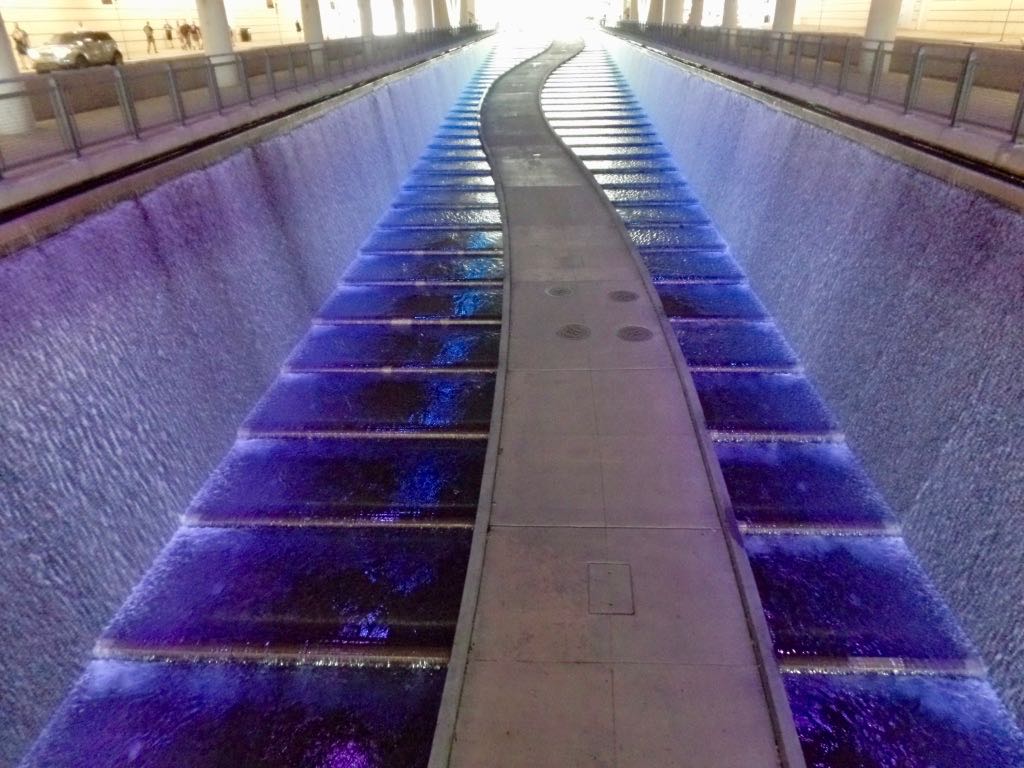 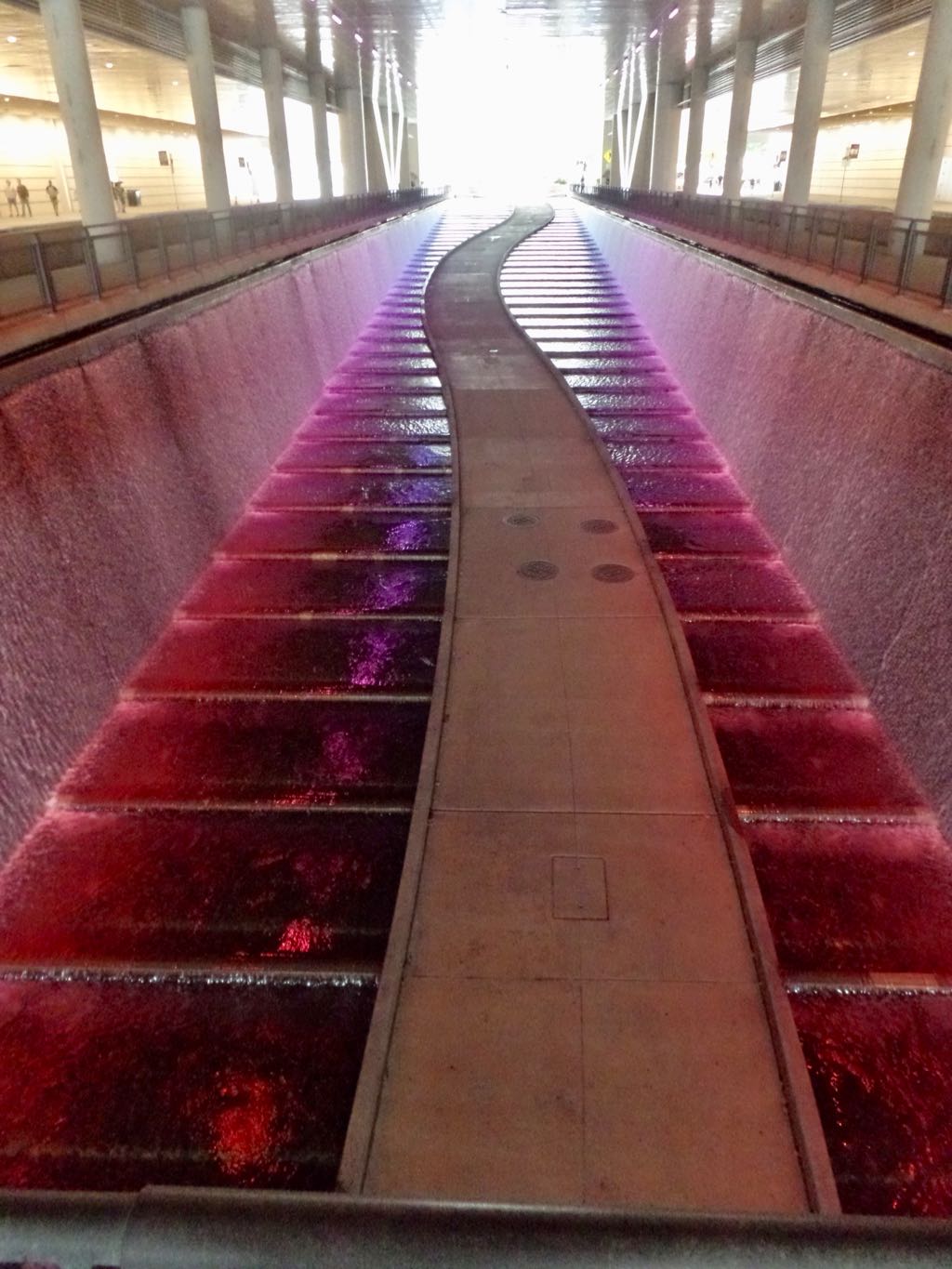 The lights shift colors! Sadly the water was shut down for renovations in 2019 and we'll maybe see what happens for 2020. 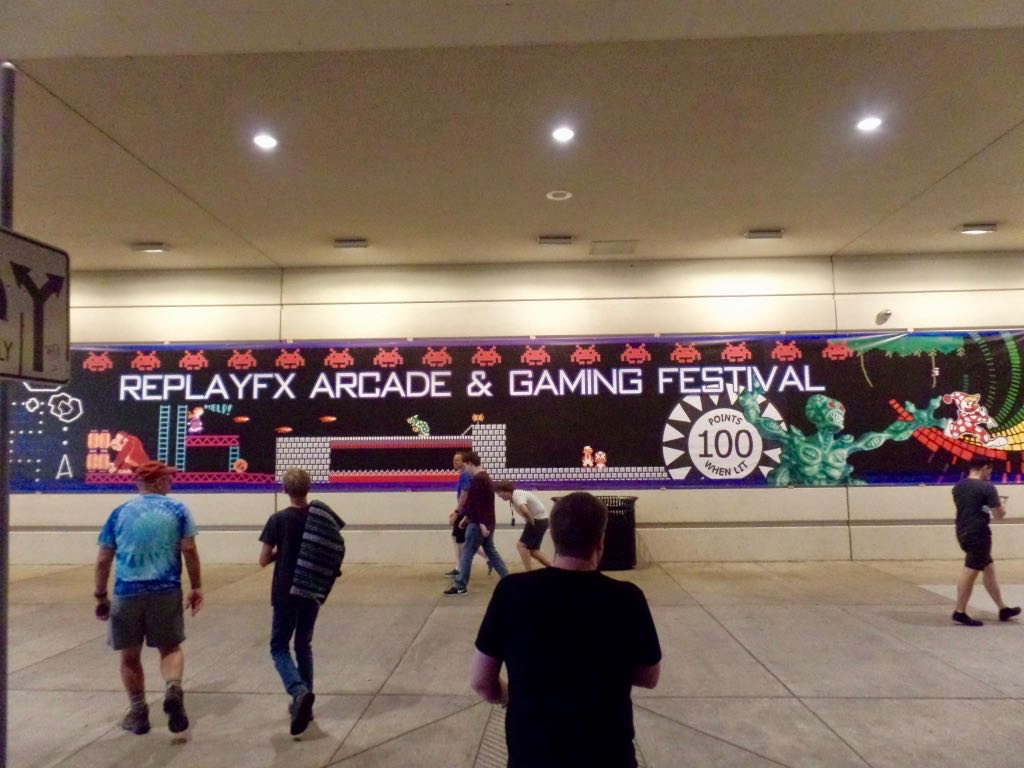 Great long banner welcoming people to ReplayFX; pinball's represented in the lower right corner with the 60s-style pop bumper and the Attack From Mars four-armed alien. 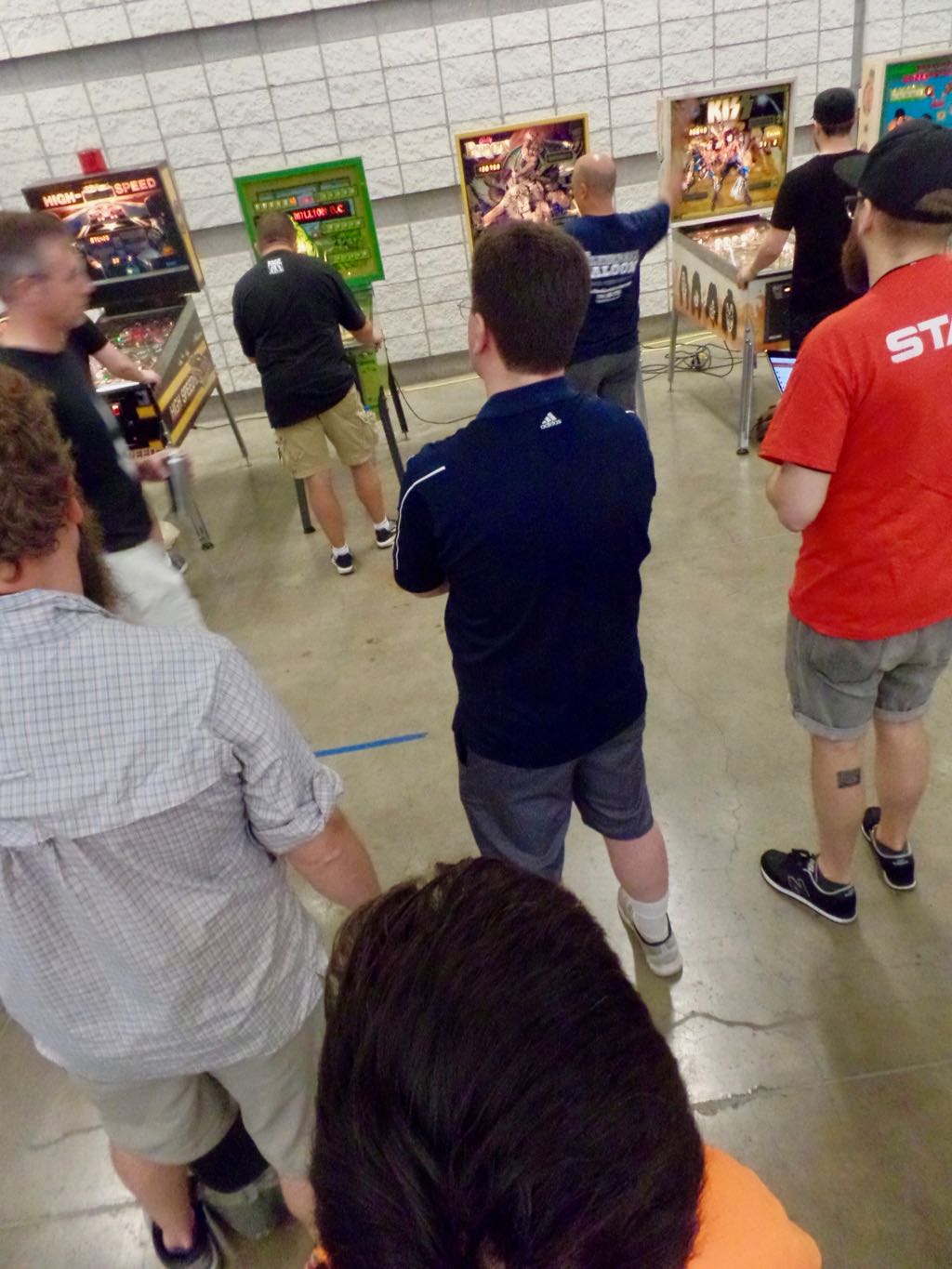 Waiting for my turn in the Intergalactic Pinball Tournament, a side tournament where you get ten chances to play a couple games and that's it. Many, many people enter it to have something to compete for Saturday. But it's slow playing --- many years we don't get all ten games in --- and, you know? ... All right, here, I put up the best game of Four Million BC that anyone did in the whole tournament, but that's a fluke. I'm thinking to not enter the Intergalactic this year, trusting that ReplayFX happens in some recognizable form, and putting the time to seeing events without an hourlong wait to bomb on Paragon. 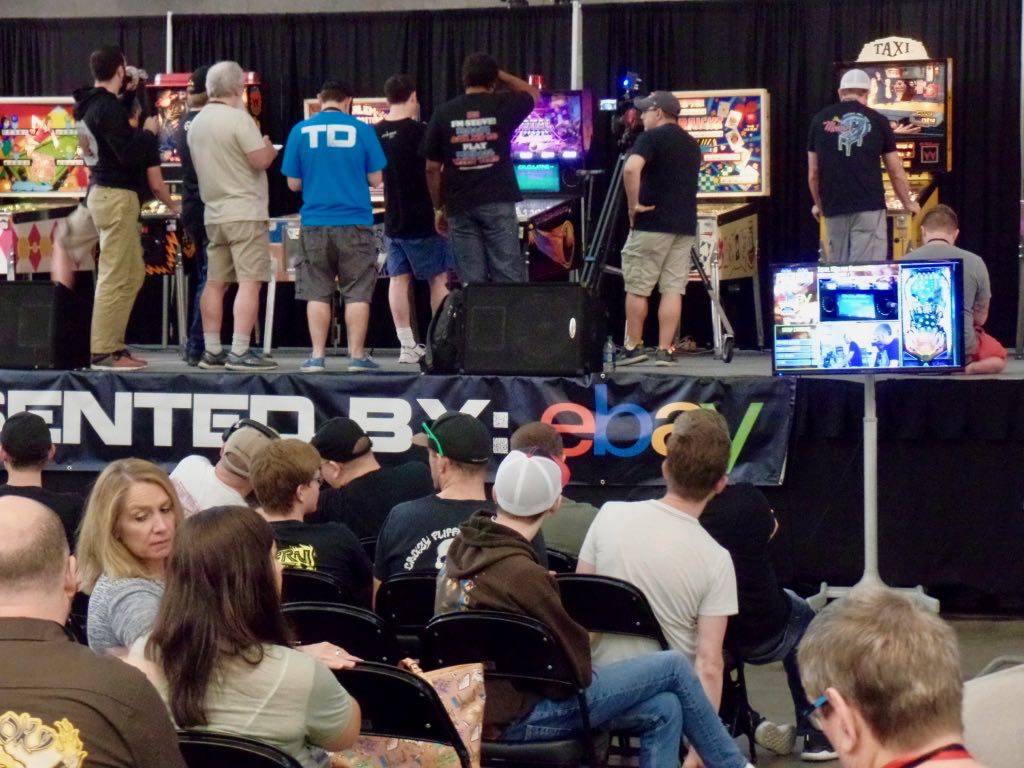 It's the A Division finals going on, or trying to; it sure looks like something's gotten stuck and needs quick repairs. 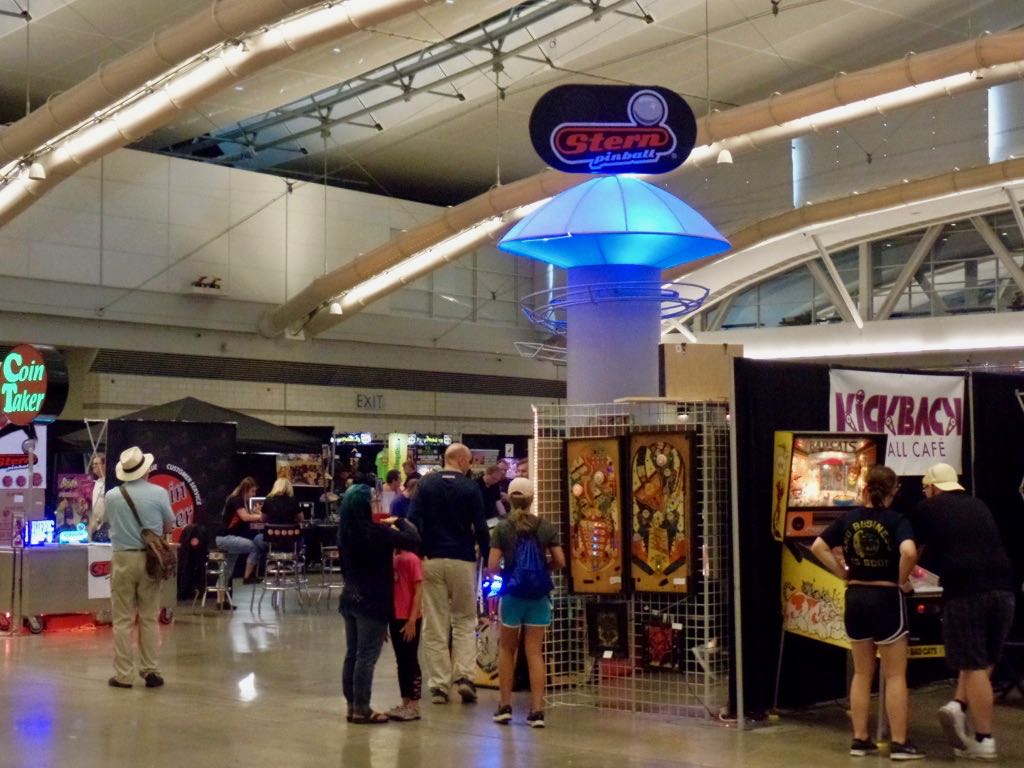 Some of the vendor booths at the trade floor. Stern was showing off its newest games, naturally, but my eye would be drawn to that Bad Cats (meow meowmeow meow) 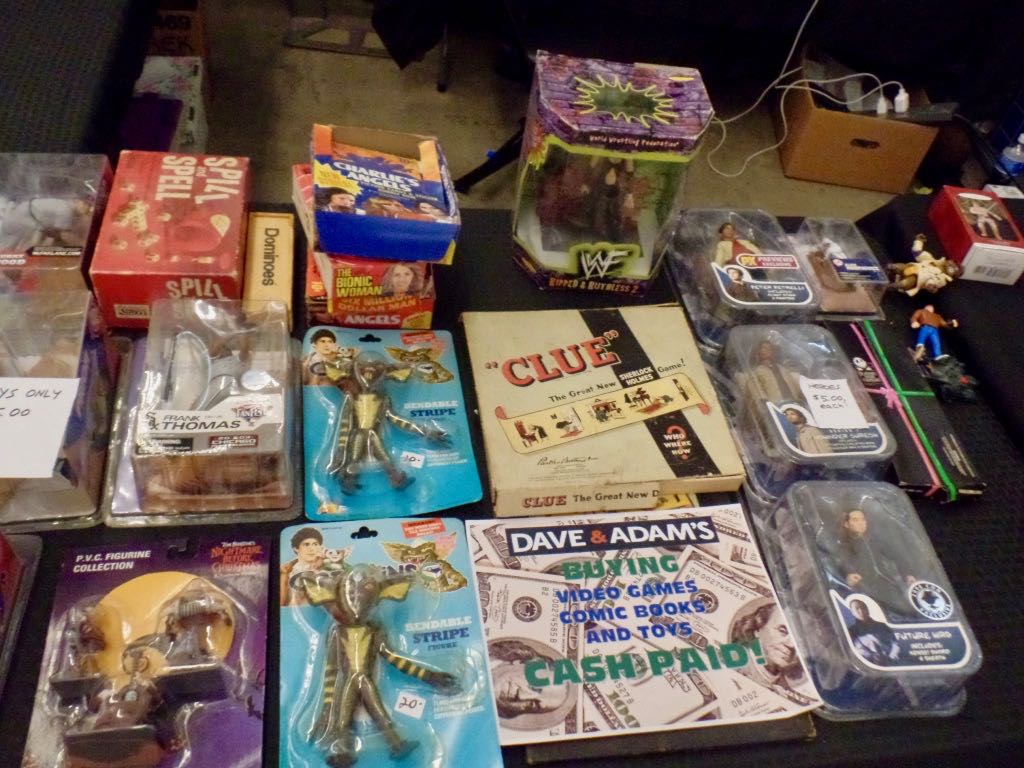 ReplayFX is also a great place to go to find stuff you would absolutely have loved when you were ten years old if you could have afforded it. Now? You can kind of afford it, but it's dusty. 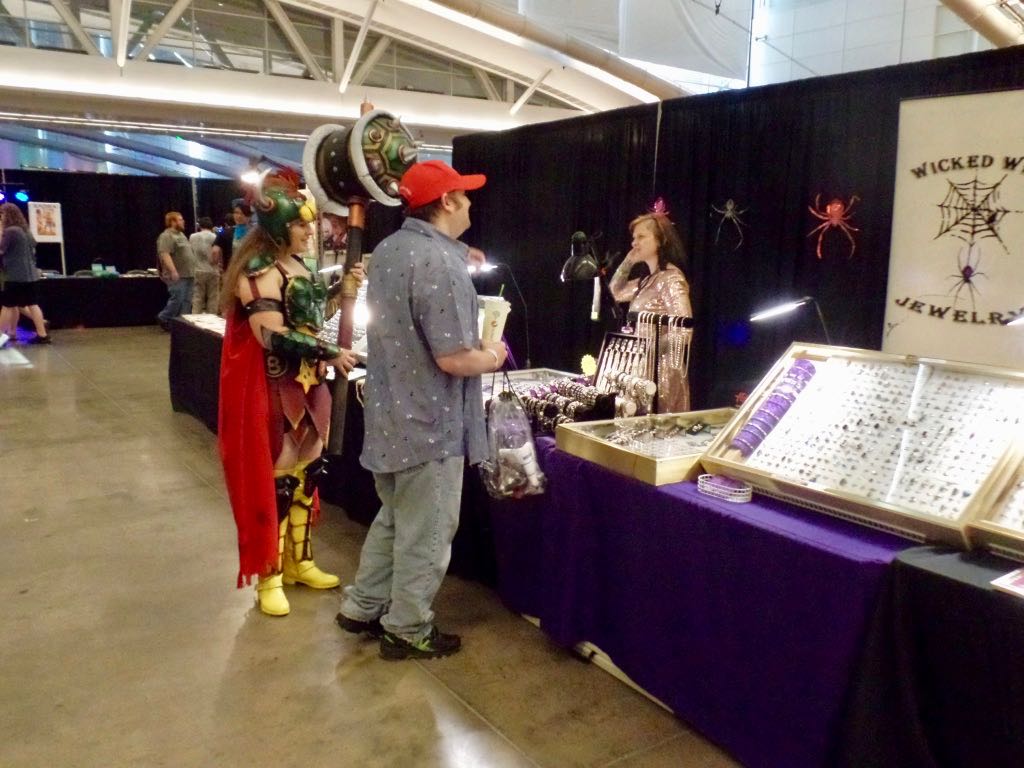 Among Saturday's events is the costume contest, and people would wander around the floor well before the contest started. 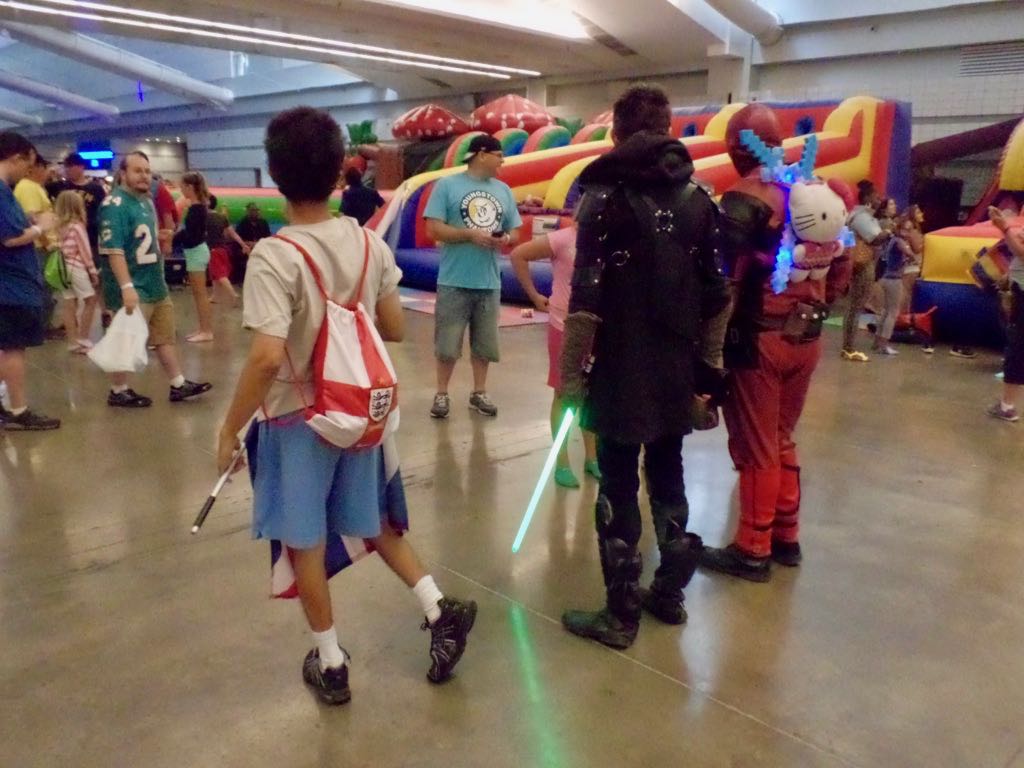 Sometimes the cosplayers move in groups. 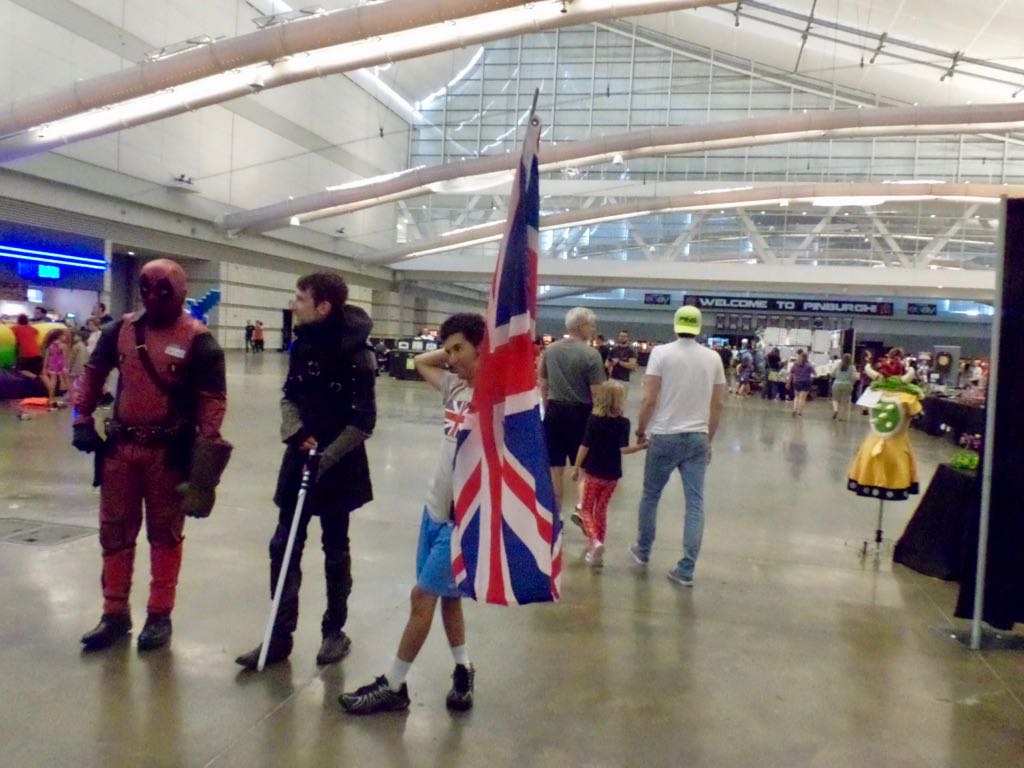 So the elements I understand here are Deadpool and guy with a light saber. I don't know what the Union Jack thing is about. Sorry. 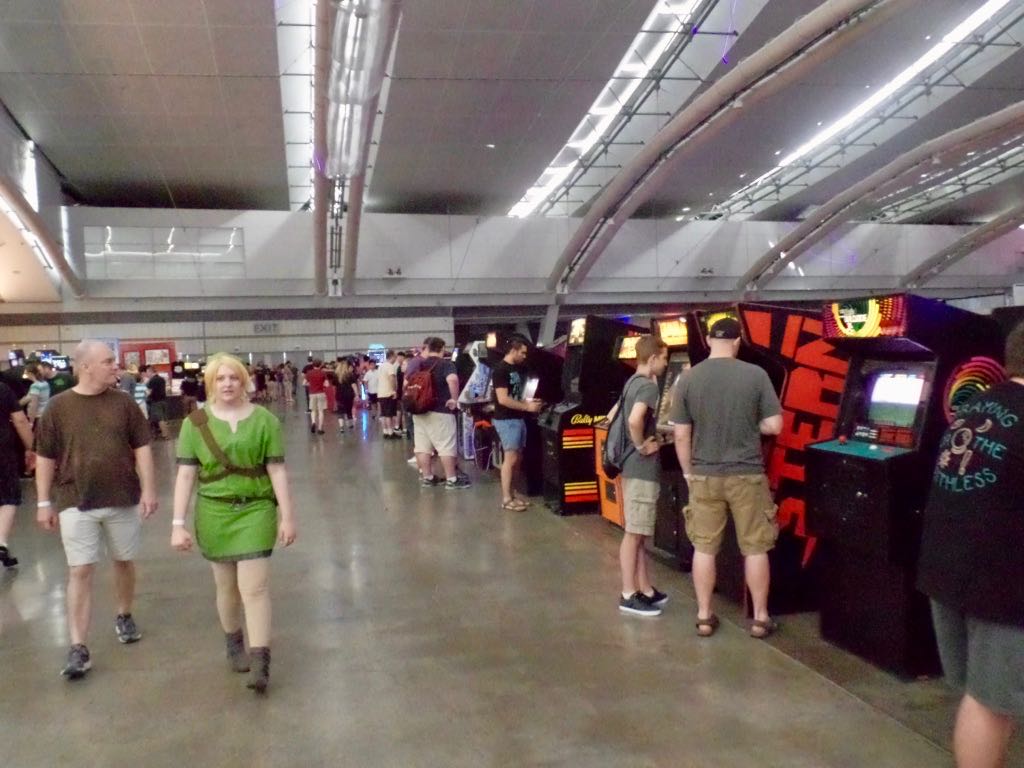 ReplayFX has a lot of pinball games, yes, but it also brings in the arcade games. 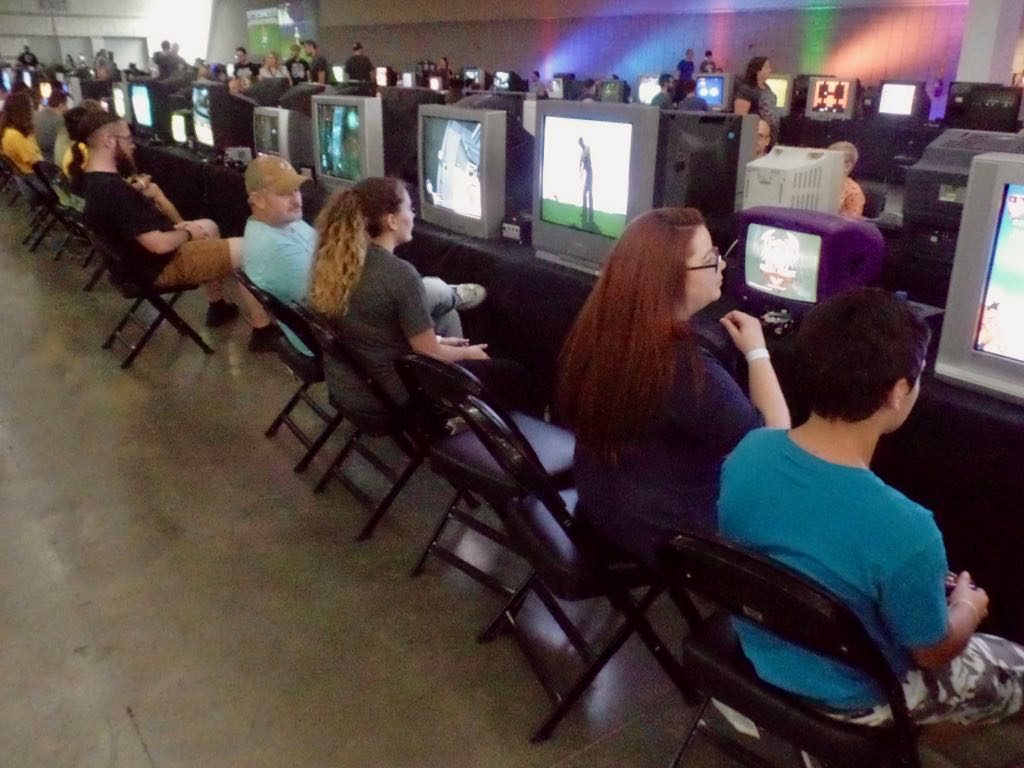 And a great mass of home video games, most of which are set up on CRTs so you get a reasonably authentic playing experience.

Trivia: The Roman emperor Nero renamed April for himself. Source: Mapping Time: The Calendar and its History, EG Richards.

Currently Reading: Fear City: New York's Fiscal Crisis and the Rise of Austerity Politics, Kim Phillips-Fein. It's all really easy reading and it's a bit weird to come across so many names, personal and organizational, that I remember from childhood. Not that I really understood the New York City financial crisis or the agencies set up to strip away the duty of society to care for its citizens, being as how I was three when the near-bankruptcy hit and eight when all the major events of it were done. But, like, it's weird to have the context for all that filled in in a way I now more or less understand.