Sorry to be late. We were busy watching This Is Spinal Tap and I didn't set things to post in time.

Talked with my parents and my no-longer-estranged uncle on the phone today. Everybody's all right, basically, although my uncle --- the one living in Indiana and Florida, whom I haven't seen since the death of my father's mother led to his and his sisters not speaking to one another for decades --- is in rough shape. He's got cancer, and while he's speaking optimistically about it with me, word from my father is that it's quite serious and advanced and dire. Anyway, my uncle wanted to thank me for sending a get-well card, which seems like a lot for my just having looked over the cards at Meijer's one time. But, well, a small kindness when you're in need counts for a lot, and ... well, gosh. I hope he has better news coming.

Looking at better news of the past: Pinburgh 2018, on Saturday, when we got to seeing the photogenic stuff. Please, enjoy as I get to some of the shows. 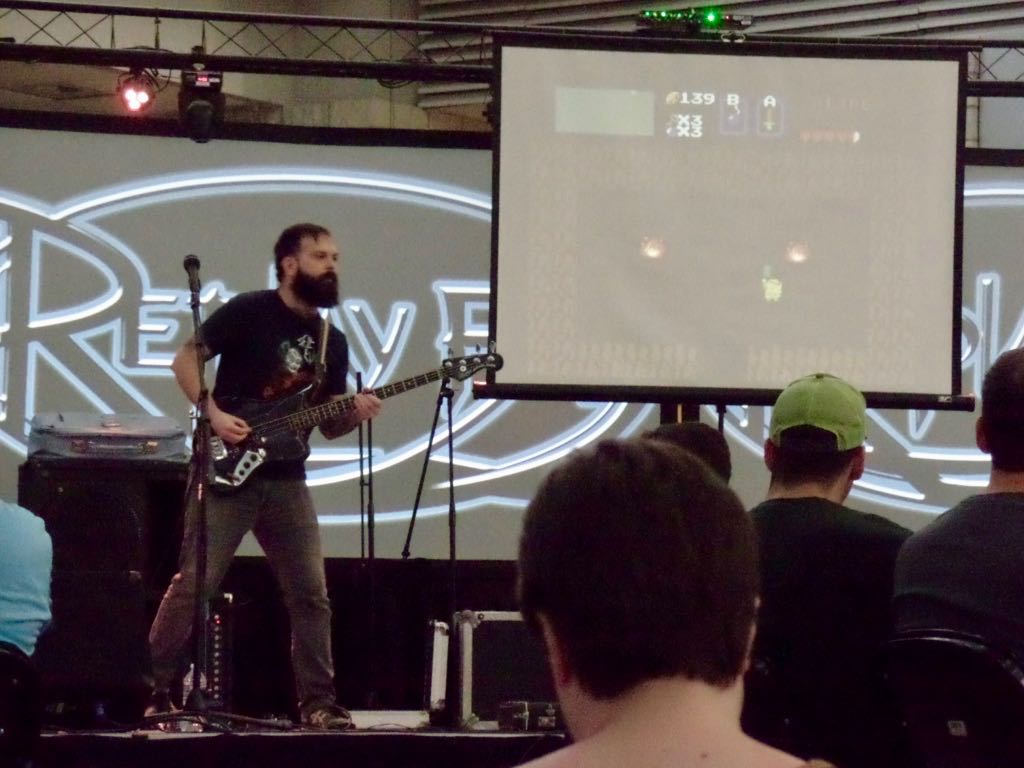 Bit Brigade! It's a band which plays the music to a video game that one of the bandmembers plays, live, on stage like this. Here, they play the classic video game Some Video Game I Dunno. 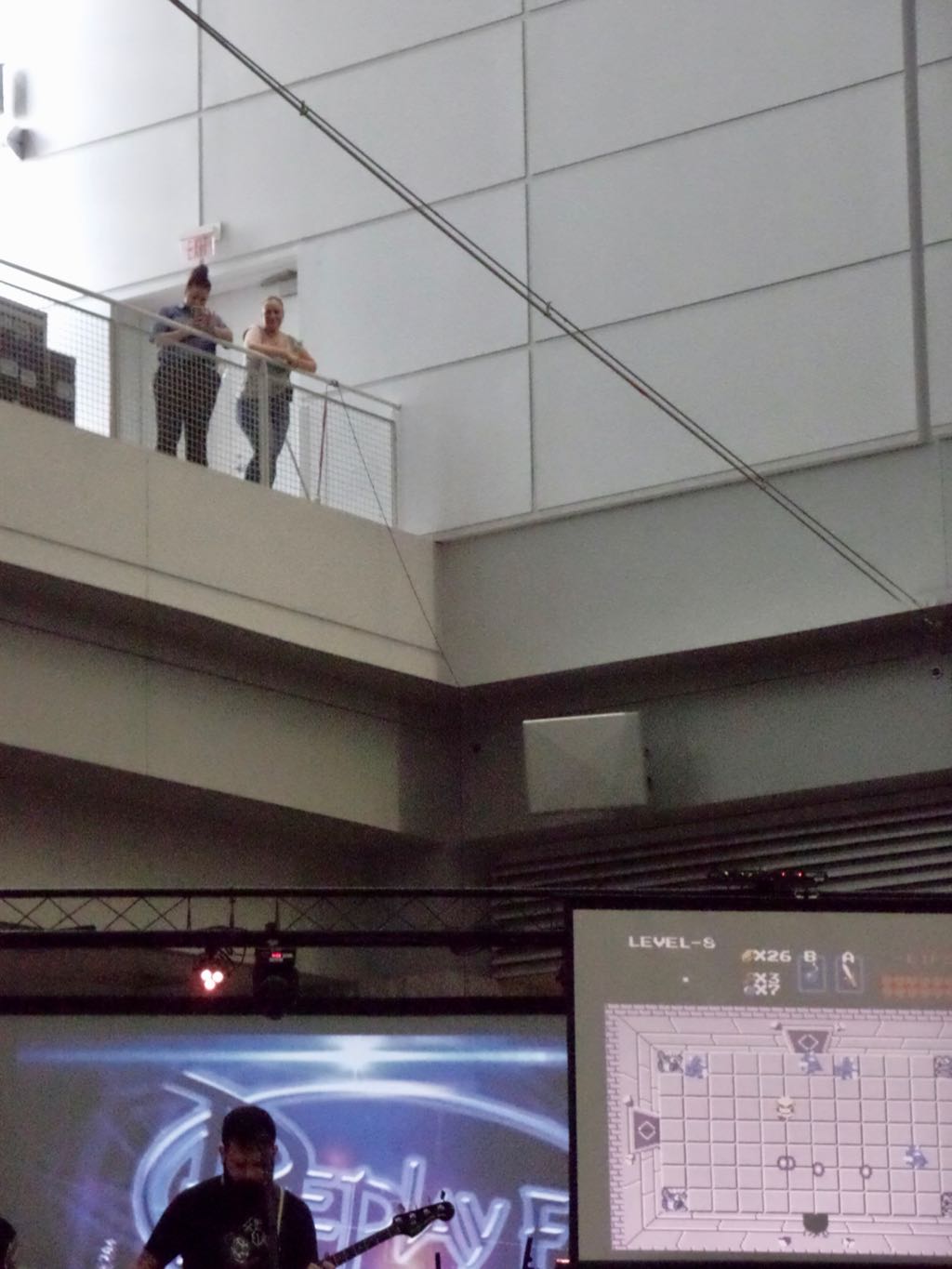 Convention center workers peek in at the Bit Brigade show from the overhead walkway that you get to by ... I have no idea how. They only spent a couple minutes there. 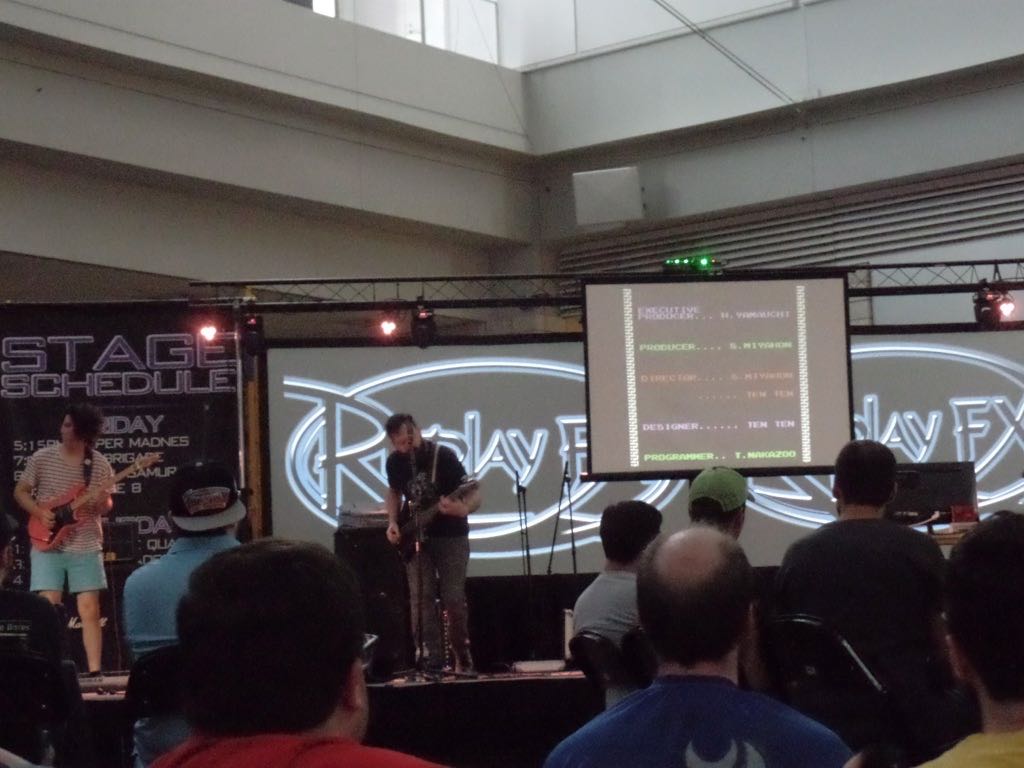 Success! Their game player finished the game successfully, as is part of the show, and here's the credits playing. Going up to compliment the band on their play and to ask why at one point they grabbed a thing when everybody normally grabs other thing. 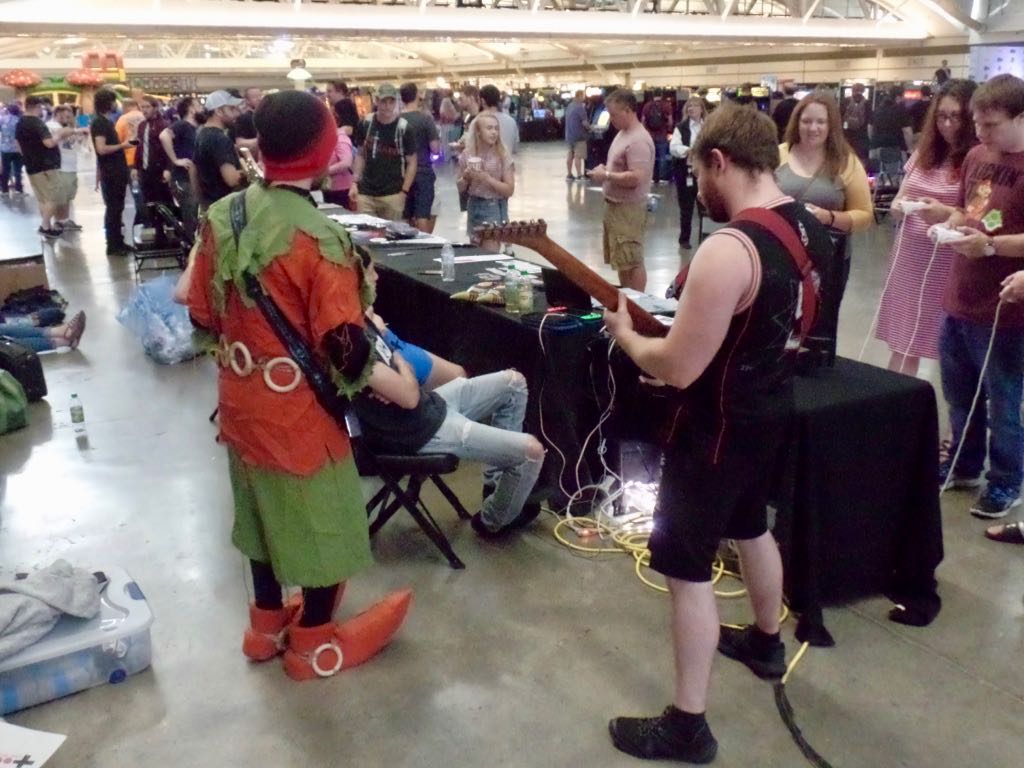 And next on stage? People start gathering for the costume competition. 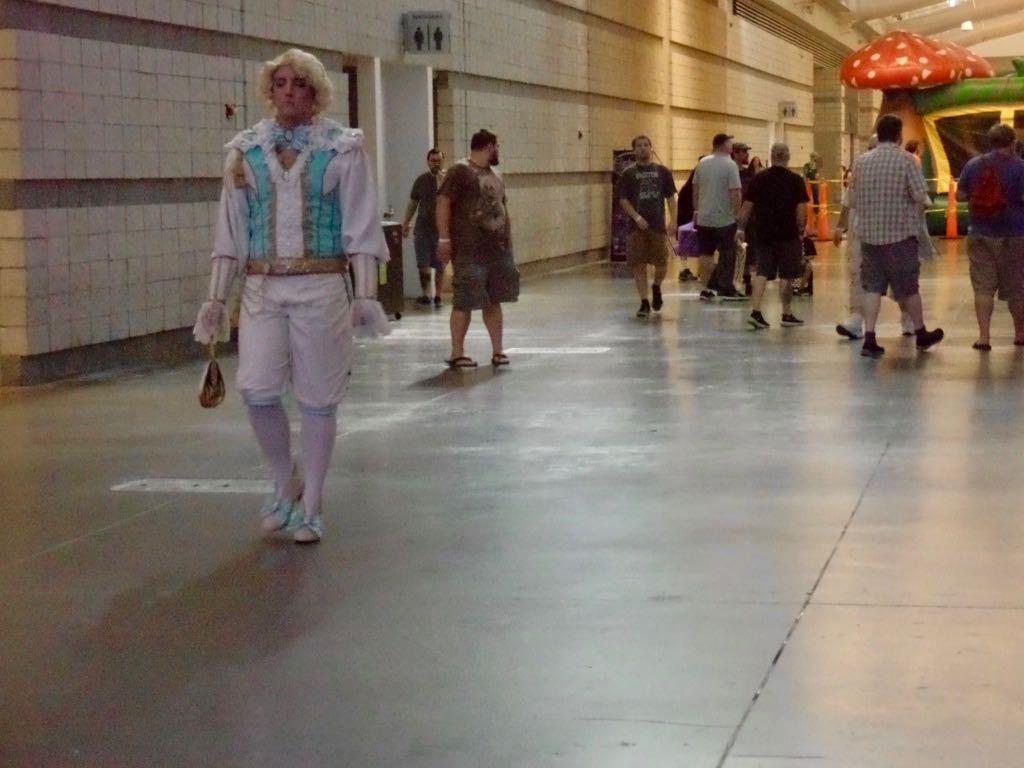 Beloved ... video game(?) character Someone getting to the stage ahead of the show. 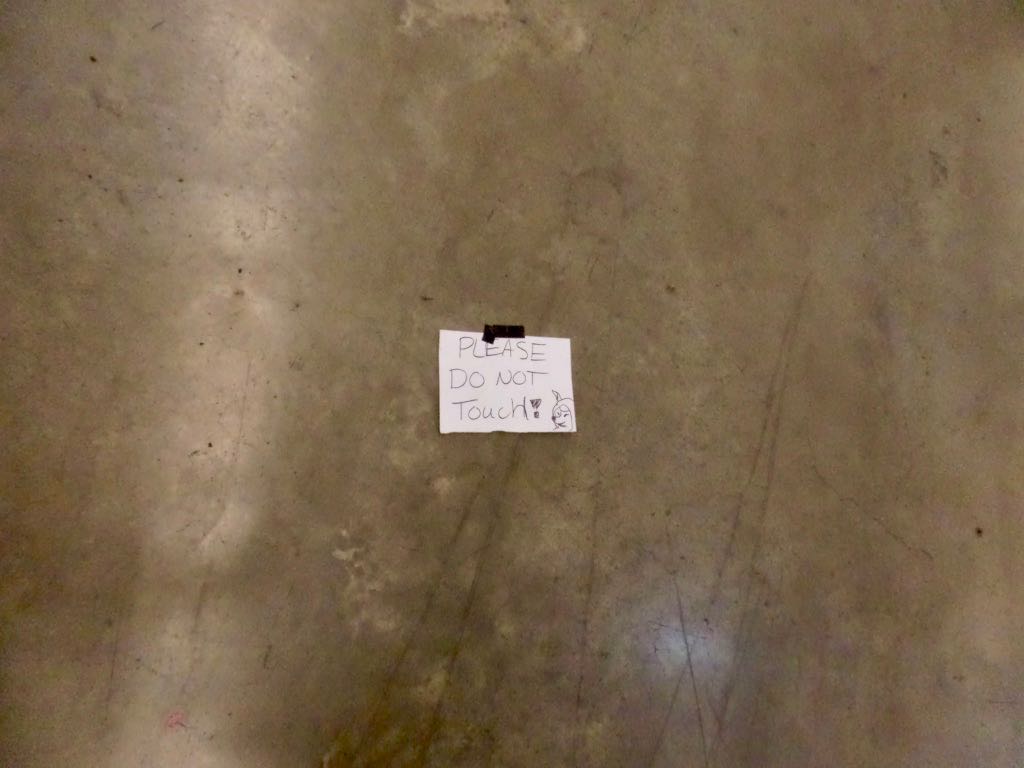 Please do not touch ... the floor? I want to cooperate but I don't know how. 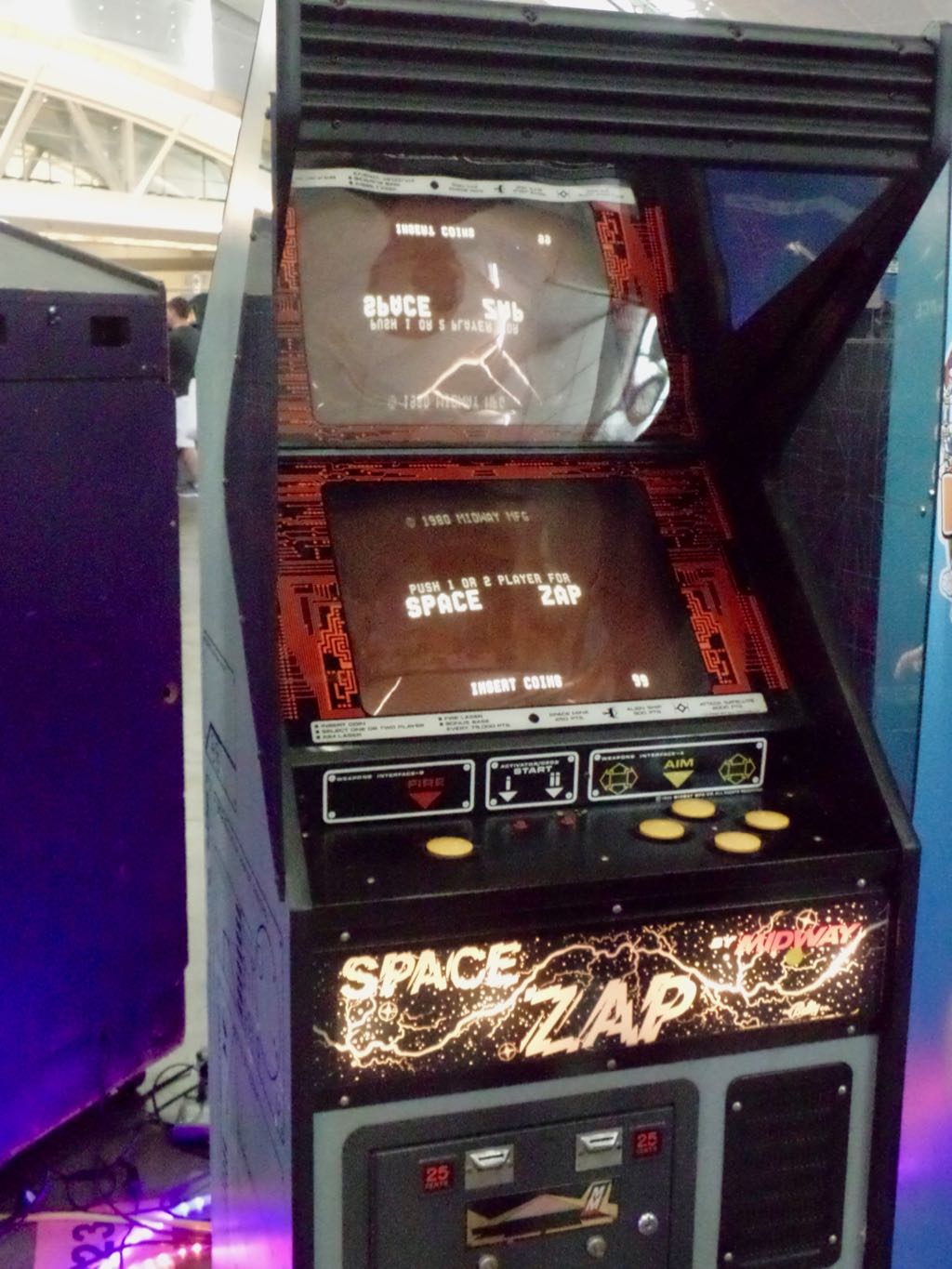 ReplayFX brings out a lot of vintage arcade games. Here is Midway's Space Zap, which has exactly the game name you would create if you were a tired, overworked Saturday morning cartoon writer in about 1980 who was assigned to write the video game episode of the show. Or maybe the writer of a syndicated comic strip, anytime from 1986 to today, writing about the thing that's eating their kid's brain this week. 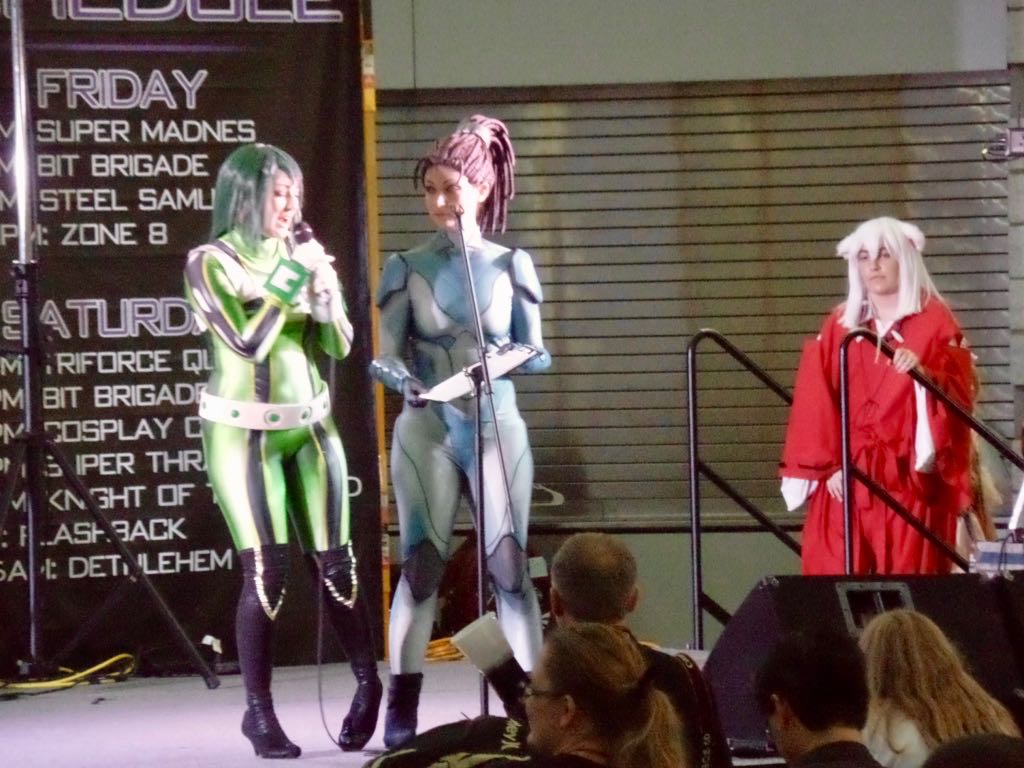 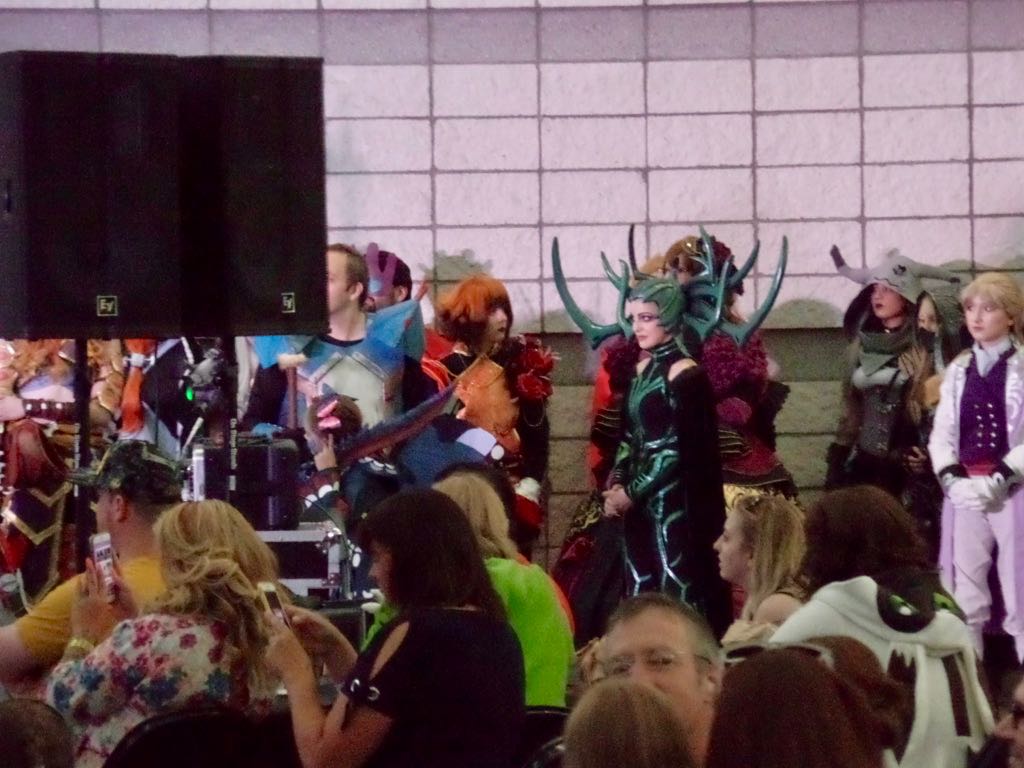 Character, with a great antlered helmet, gets ready to come on stage. Beloved character Character waves to the audience at the end of her time on stage. 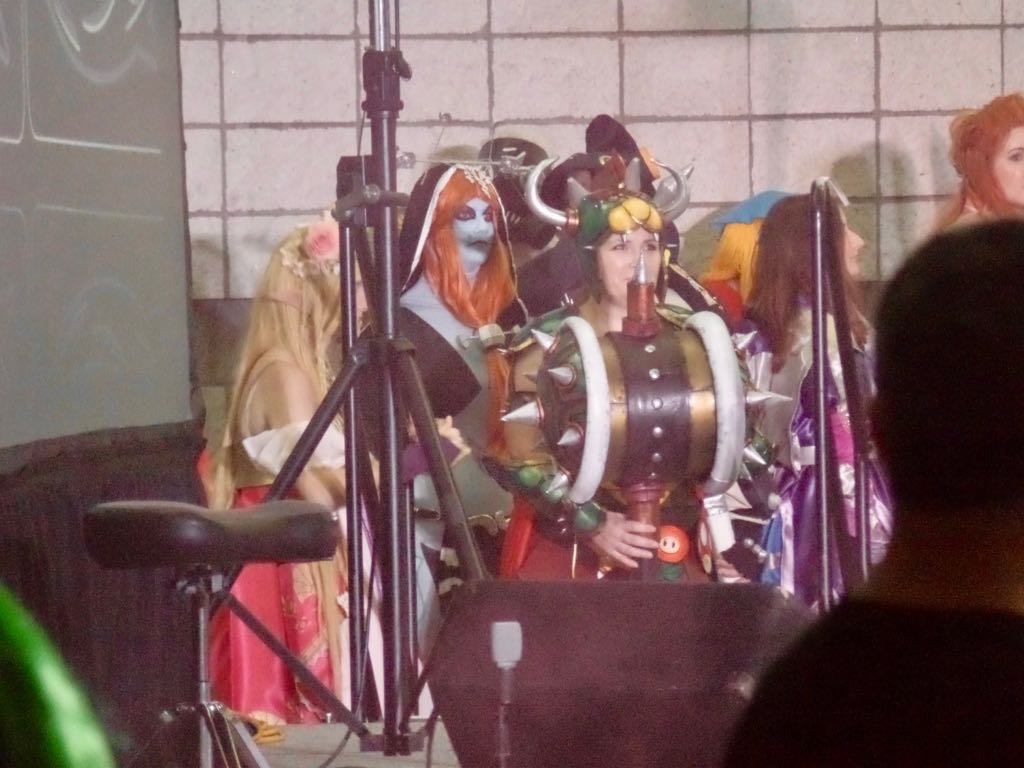 And a couple more Characters, ready to go on stage. I very nearly recognize the one on the right!