The city of Lansing has suspended pickup of lawn waste. So we finally have neighbors who've got all their leaves and stuff bagged up and on the extension, and it's got nowhere to go. Life, you know?

Now to Sunday morning, Pinburgh 2018. We were there early because that's when the Women's International Pinball Tournament would be held, and

bunny_hugger was one of the competitors. 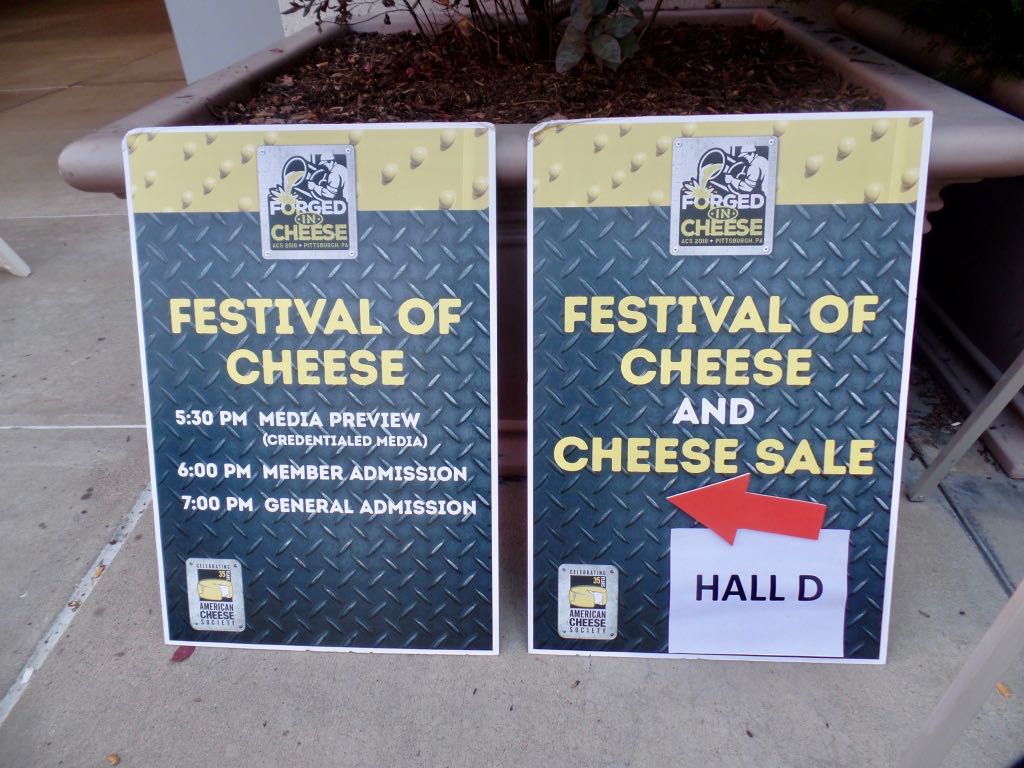 Oh wait, now, this could divert us from the prospect of competitive pinball play. The prospect just keeps promising good stuff. 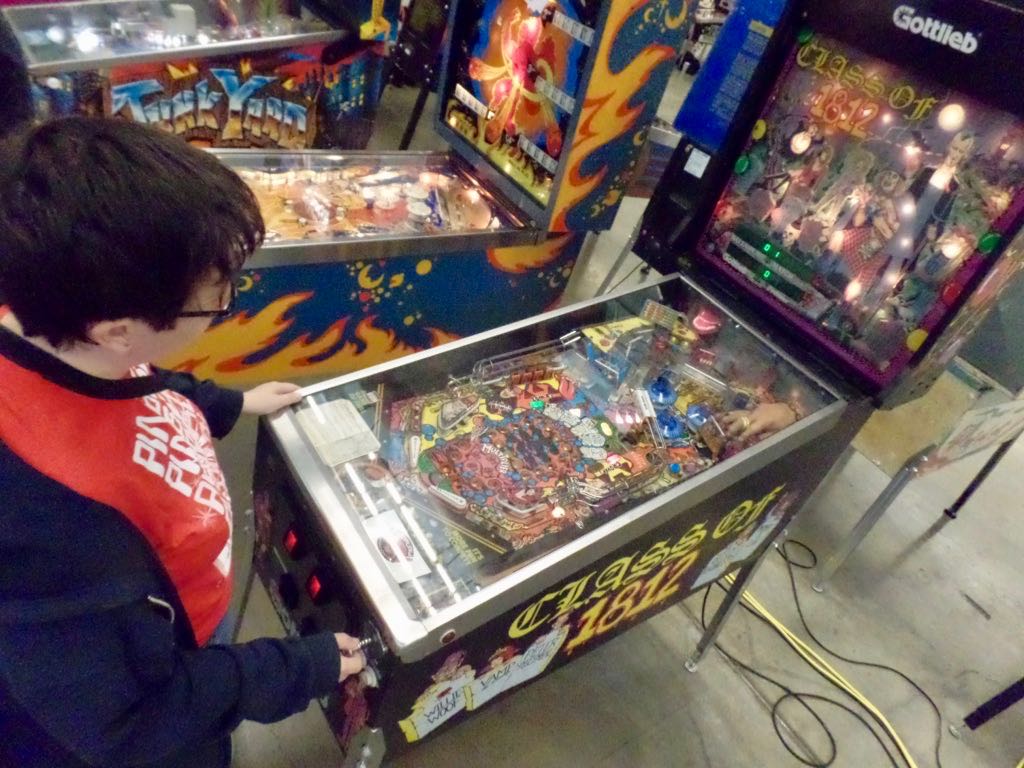 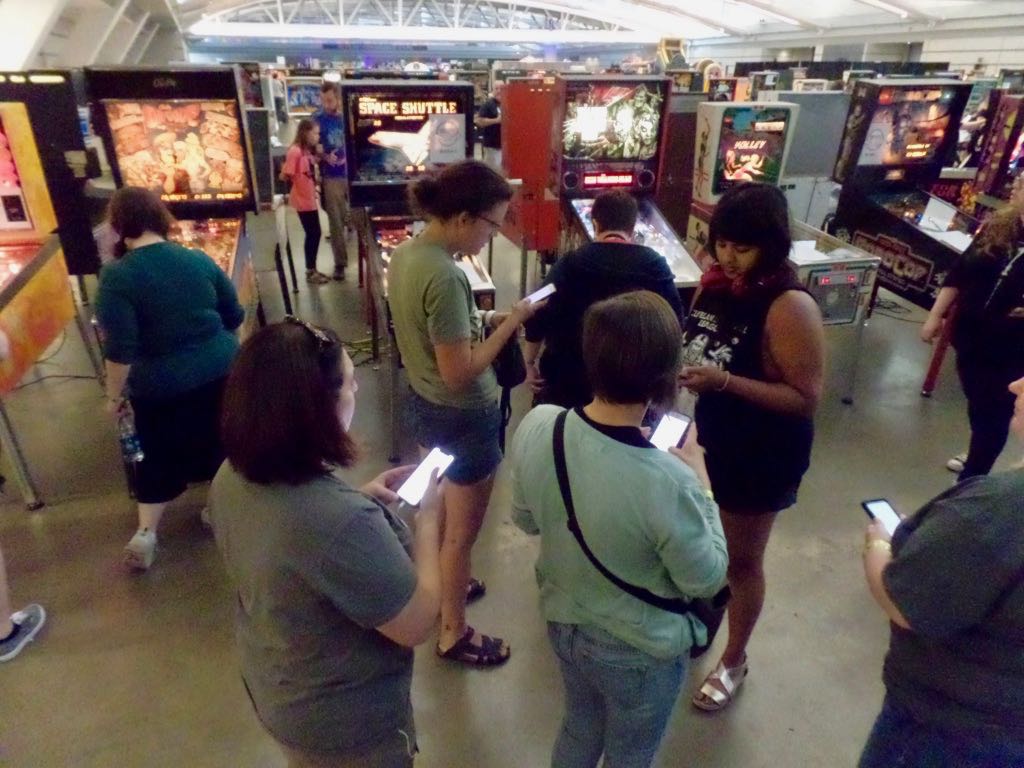 The start! People get their game assignments and matches for the first round. 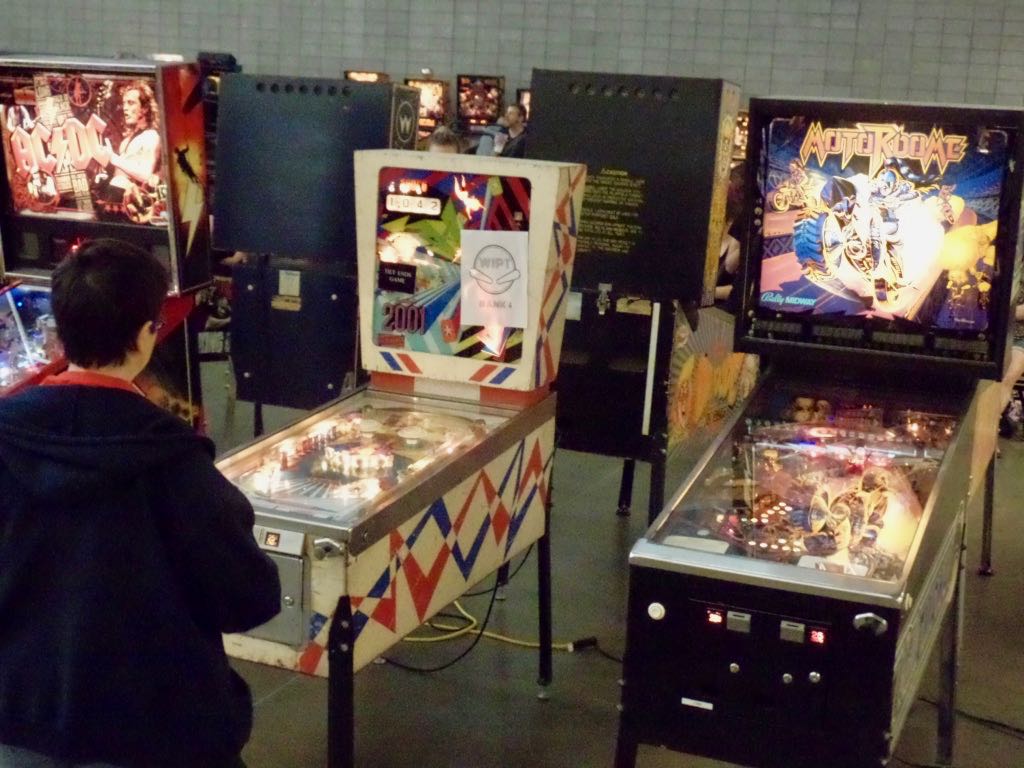 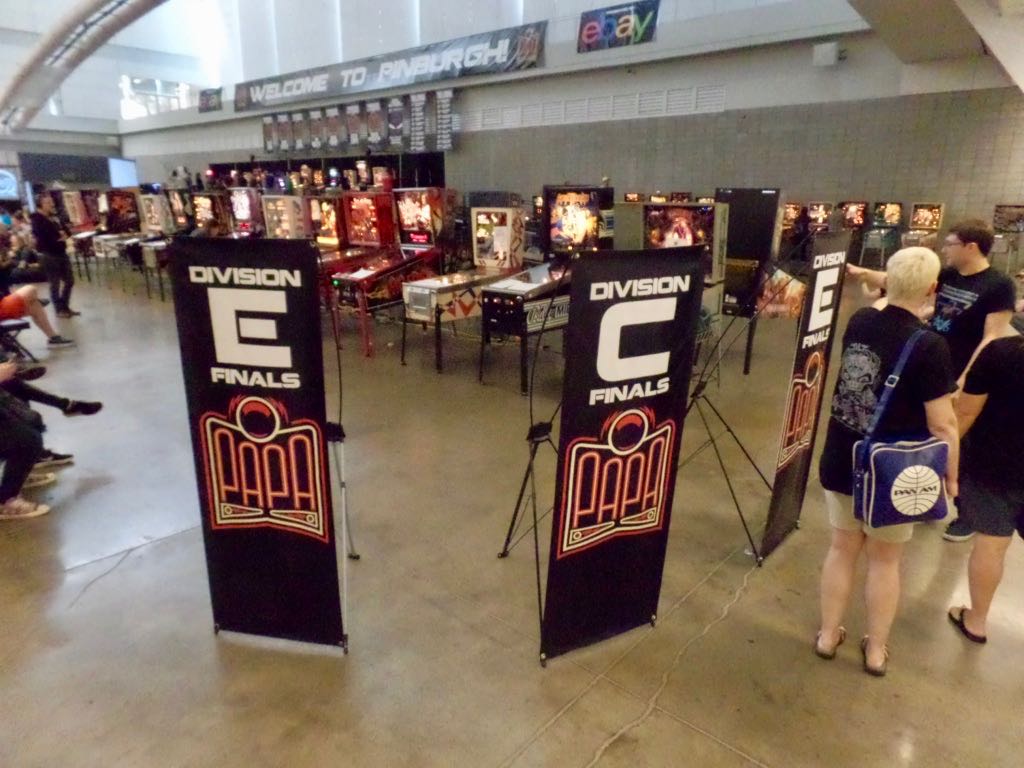 Since all the main-line Pinburgh competitions were done most of the game banks were open to anyone who wanted to play. The exception was the banks set aside for the Women's International Pinball Tournament. But people would wander in anyway. Players tried to set up a blockade using the no-longer-needed Finals division banners, but for some reason those weren't allowed. 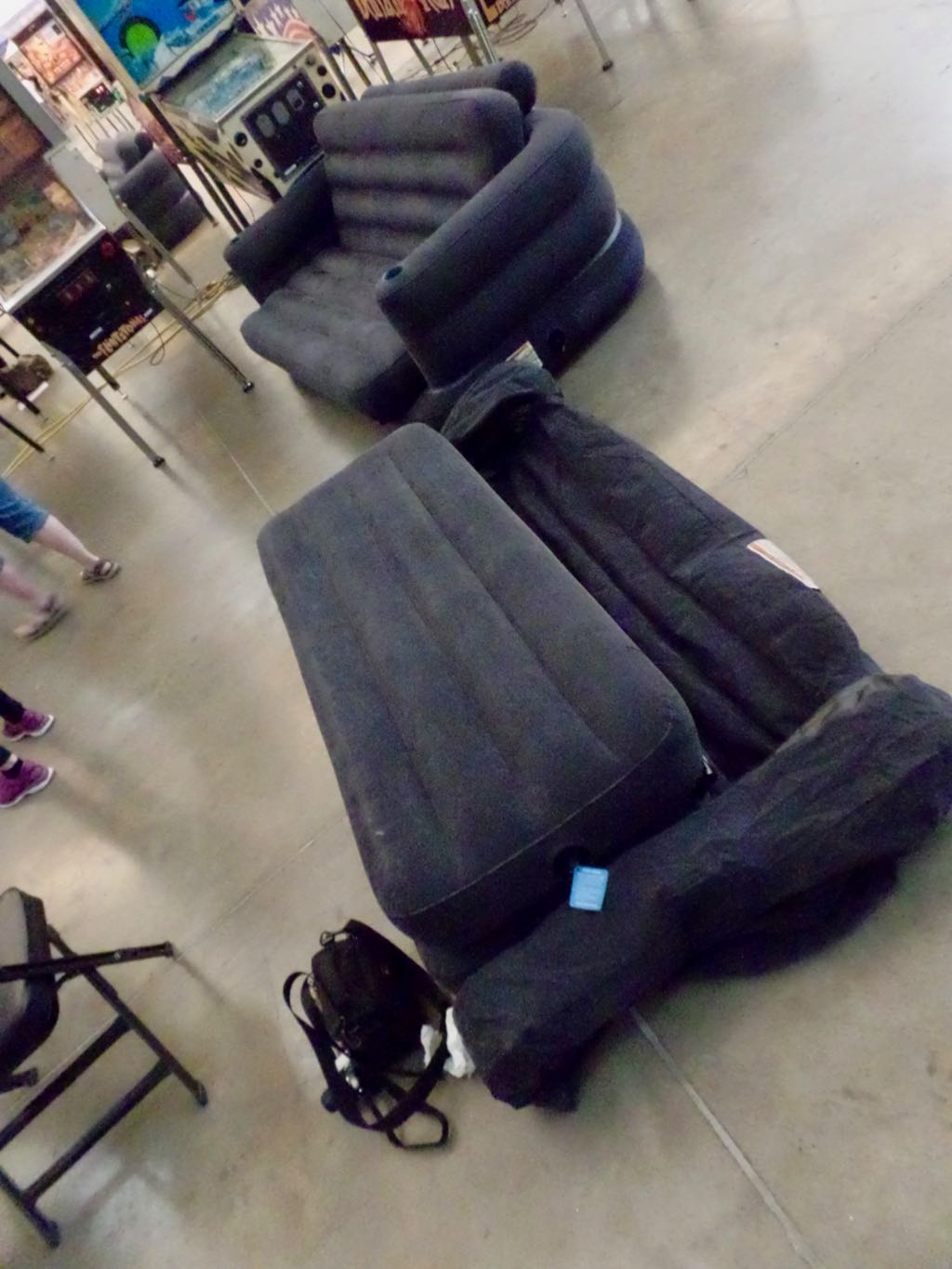 Another attempt at blockading the tournament games: moving the inflatable sofas over. This, again, was not allowed, I think because they were reserved for tournament officials to have somewhere to sit, in the first place, and also because they really blocked the aisles, which can be a movement hazard. For 2019 they would set up those little expandable fabric barricades to keep out non-players. 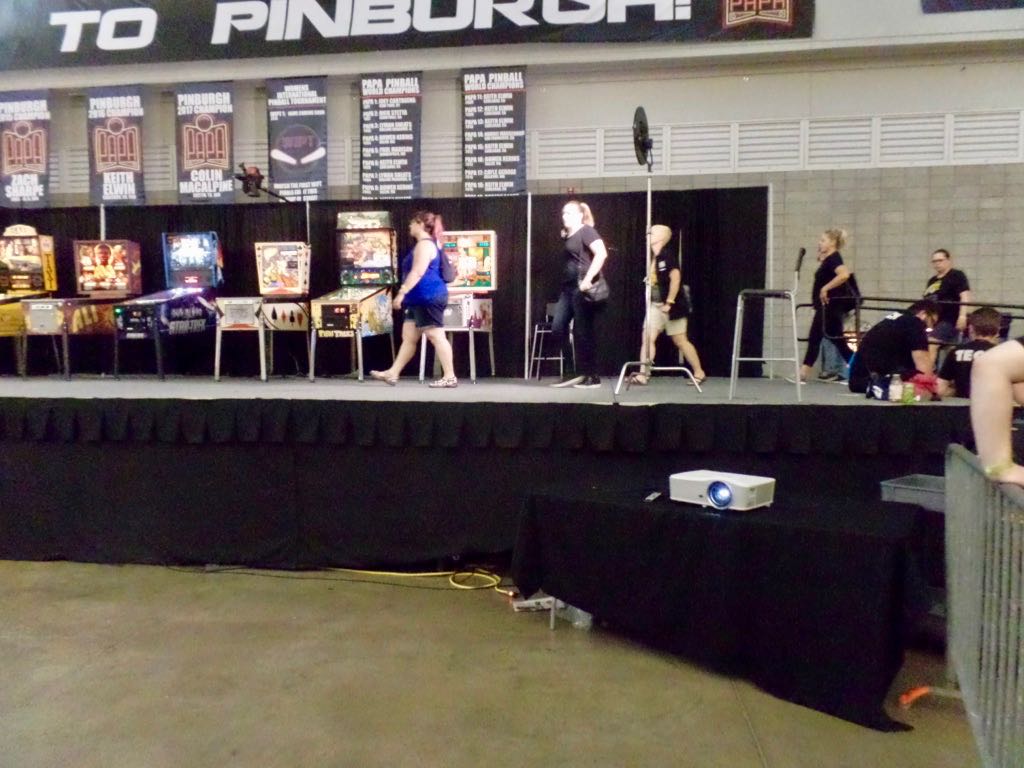 The competitors get invited up on stage for a group photograph. 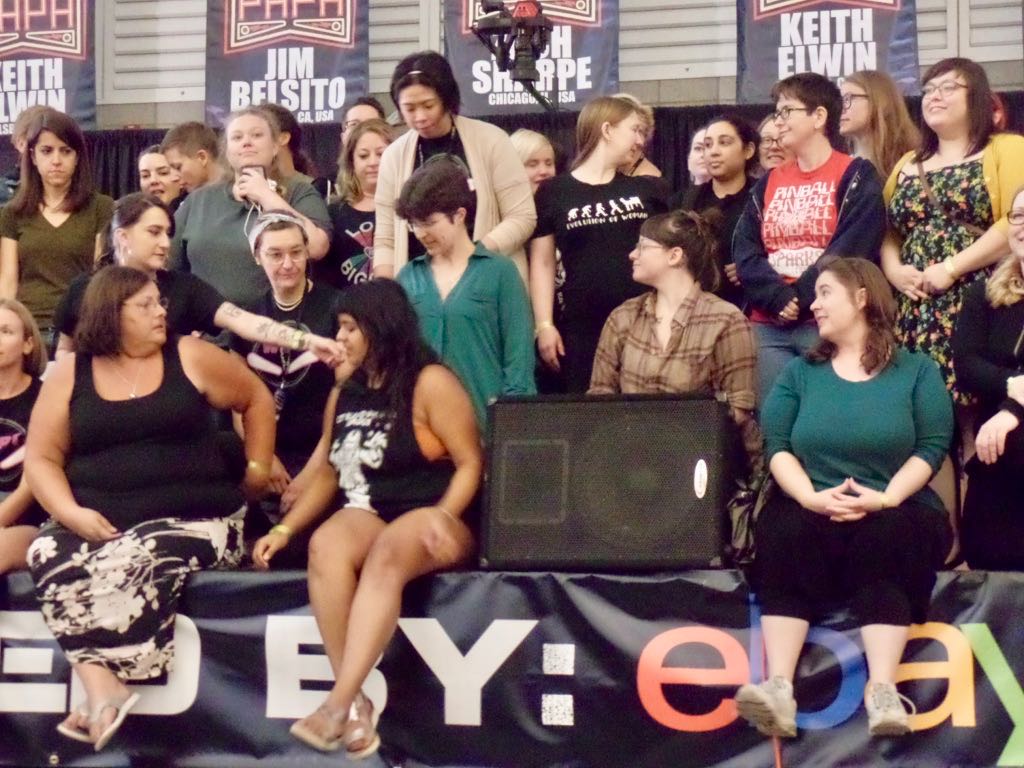 My slice of the group photograph, which shows off

bunny_hugger wearing the most pinball shirt of them all. 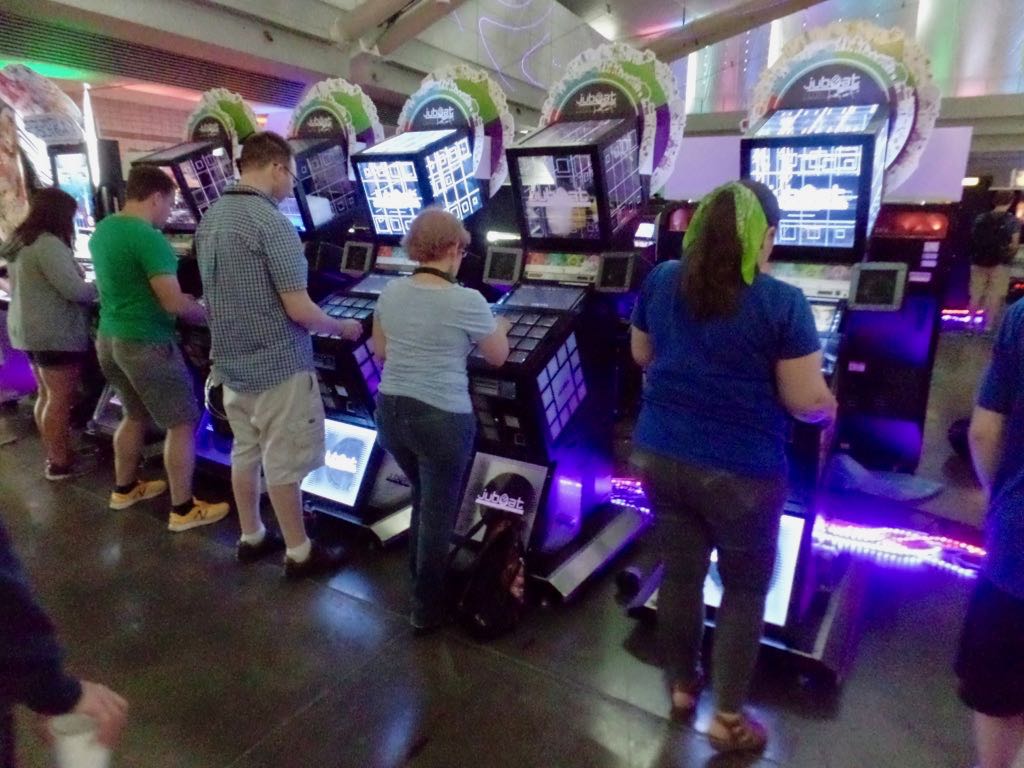 So these great glowing cubes are some kind of rhythm game or something. I don't know, but they were incredibly popular and I don't think I ever saw them not being played, often with a line for them. 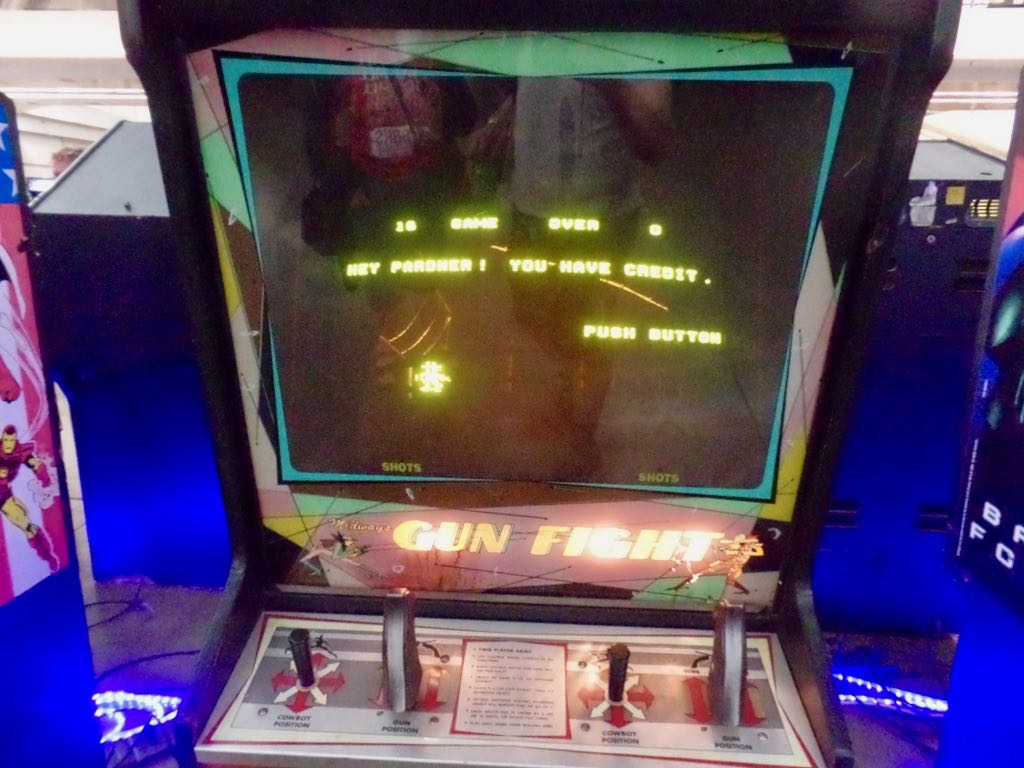 Hey partner! You have credit. I love the styling of really early arcade games. 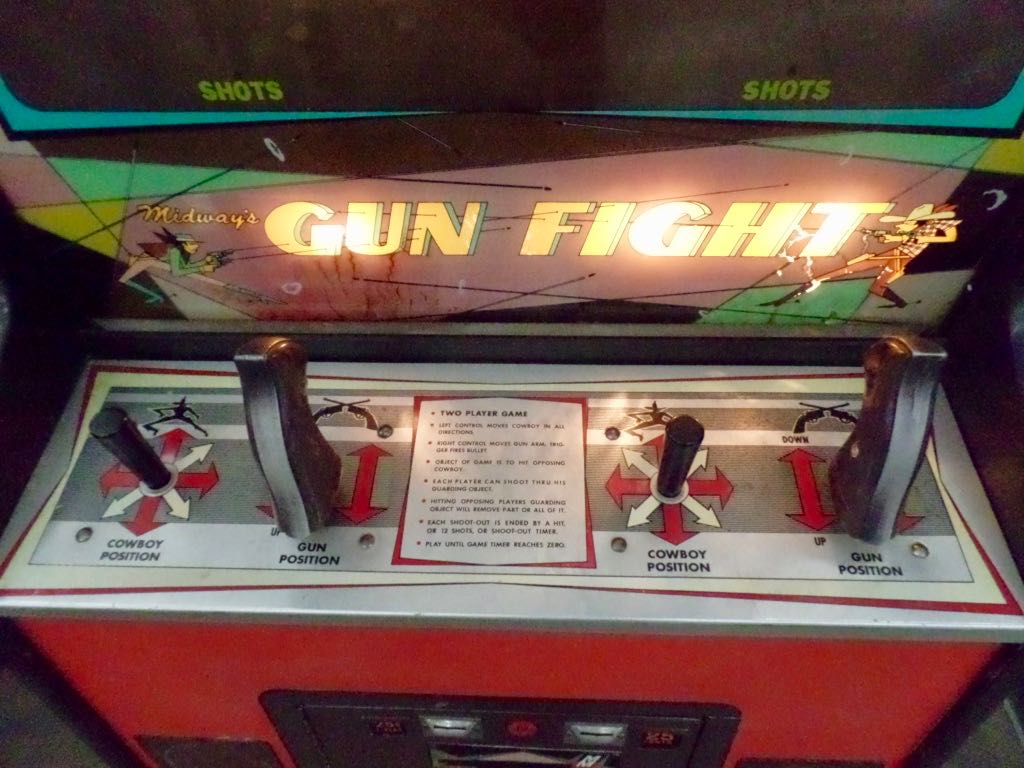 I don't have the slightest chance of working this game, but I like the sharply angular art style (it's very like pinball games of the time) and the instruction set. 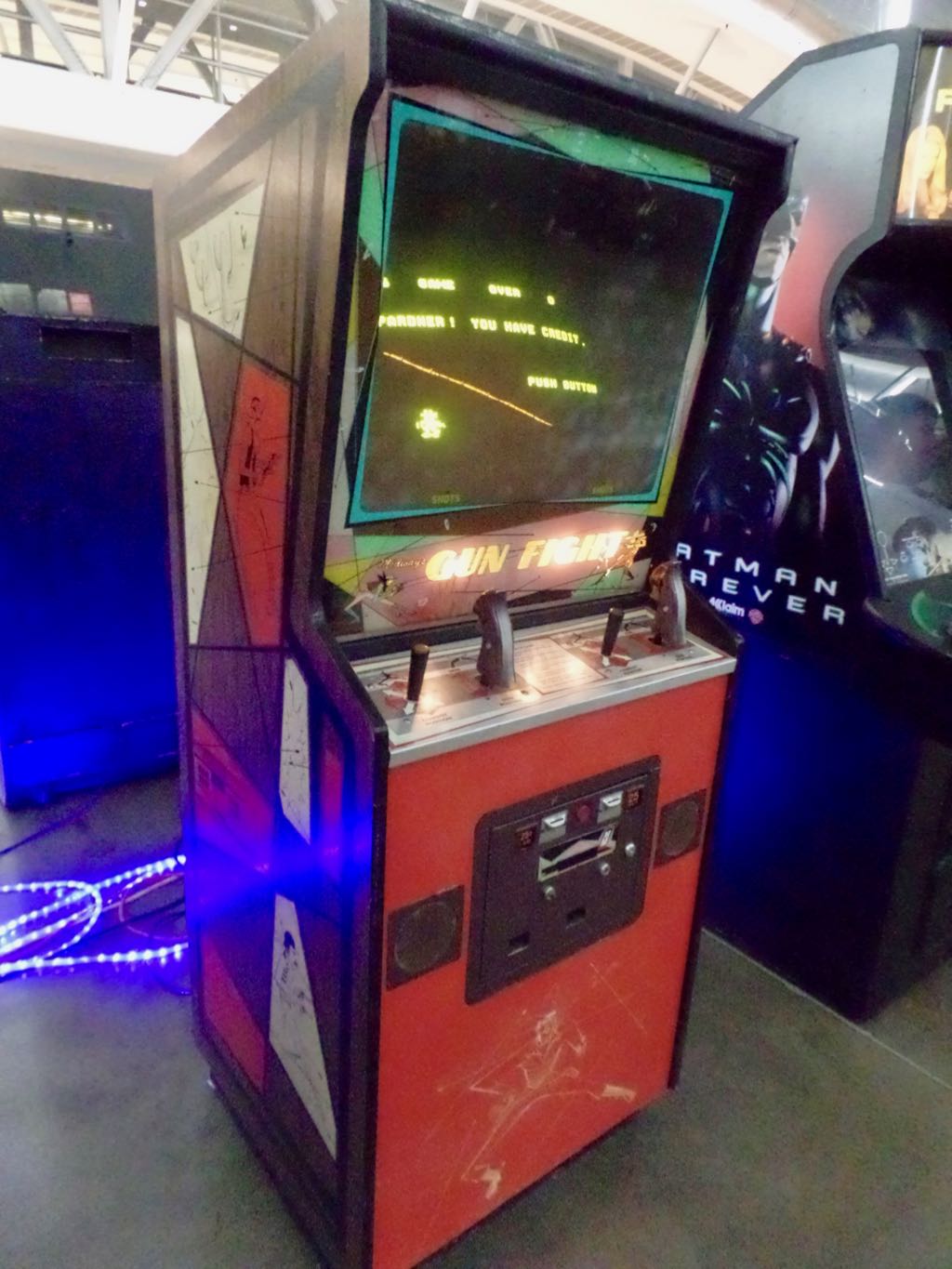 And here's the whole package. And, again, Gun Fight just sounds like the name of a game you'd make up if you had to write the video game episode of your longrunning sitcom but didn't want to go look at what actual games were like.

Trivia: At its opening the Empire State Building had 58 passenger elevators using 129 miles of rope to serve its 102 floors. Source: Otis: Giving Rise to the Modern City, Jason Goodwin. (I do not know the number of elevators or amount of rope to pull them has changed, but I also don't know that it has not.)

Currently Reading: Pogo: The Complete Syndicated Comic Strips Volume 6: Clean as a Weasel, Walt Kelly. Editor Mark Evanier. And with this volume, the current attempt to reprint every Pogo strip has set a new record, getting farther than every past attempt by reaching the magic year of 1960!

PS: Reading the Comics, March 25, 2020: Regular Old Mathematics Mentions Edition as I get back to my normal writing cycle, albeit late.