What more can I say now?

I've been walking around the neighborhood, to get some exercise and to let me catch up on the podcasts that I would listen to driving around doing chores while she was at work and give

bunny_hugger some alone time. This let me check up on that house at the end of the block that, years ago, we did not buy at tax auction. The house was in miserable shape, on the brink of physical collapse, with the second floor held up only by the pile of mouse droppings in the living room. So, the house is still there. Why?

Turns out, someone did buy the house. And has been working to bring it back to livable shape. The house even has green stickers on the door, affirming that electrical systems have been inspected and approved, and that some kind of construction work on it has also been inspected and approved. The house is still tagged as unsafe for occupation, but ... like ... someone's putting a lot of money and effort into making that better. And without tearing down the dense network of trees that surround the house and that's maybe the property's best feature.

No guessing what Covid-19 and its flash depression is going to do to wreck the plans, unfortunately. But, wow. That kind of effort, for a nondescript house in a neighborhood that's been ``struggling'' or ``declining'' since the 1930s. It was so nice to see.

And now let's see things through to the end of ReplayFX and the closing of the convention center, the end of Pinburgh 2018. 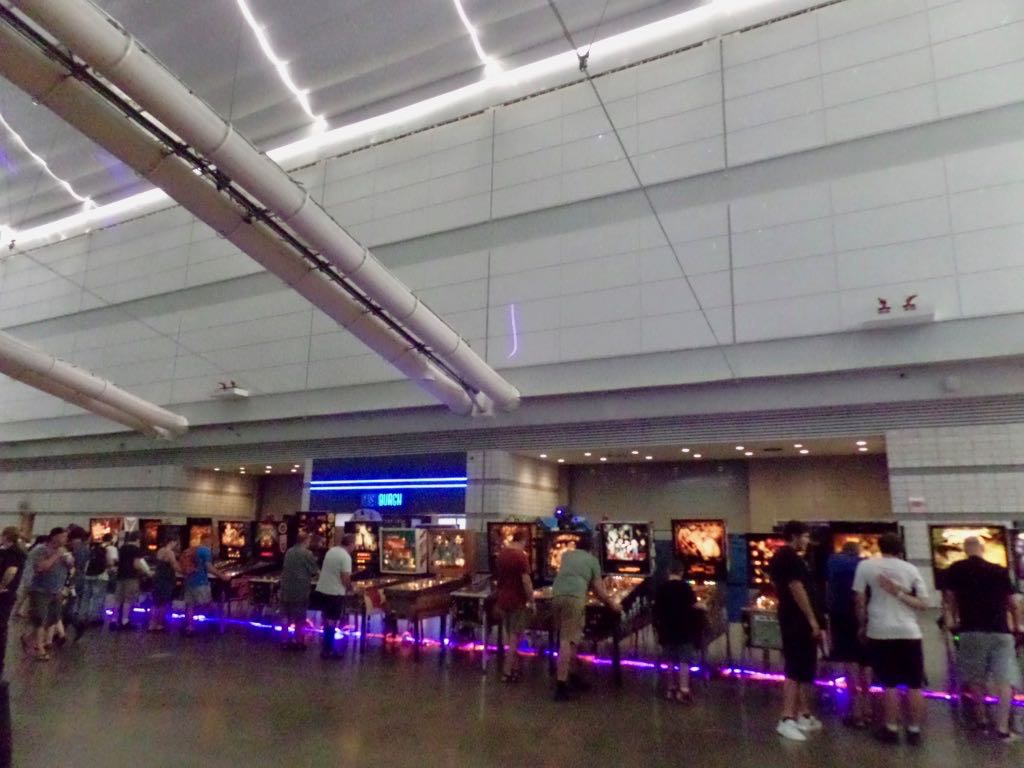 A line of the pinball games that were not part of Pinburgh, but were ust on free play all weekend for anyone who wanted. 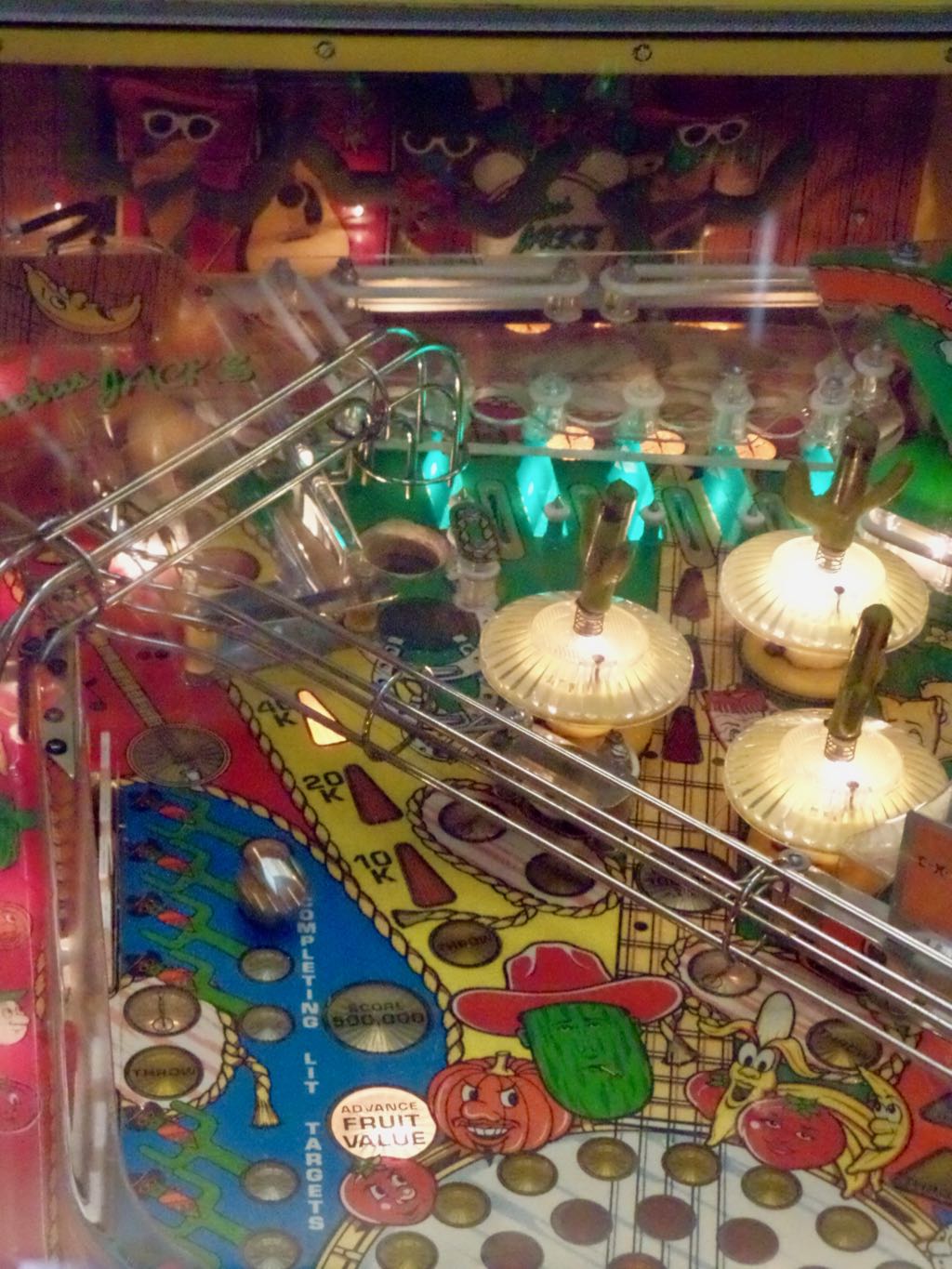 bunny_hugger is playing; you can see her ball shooting toward the left orbit there. 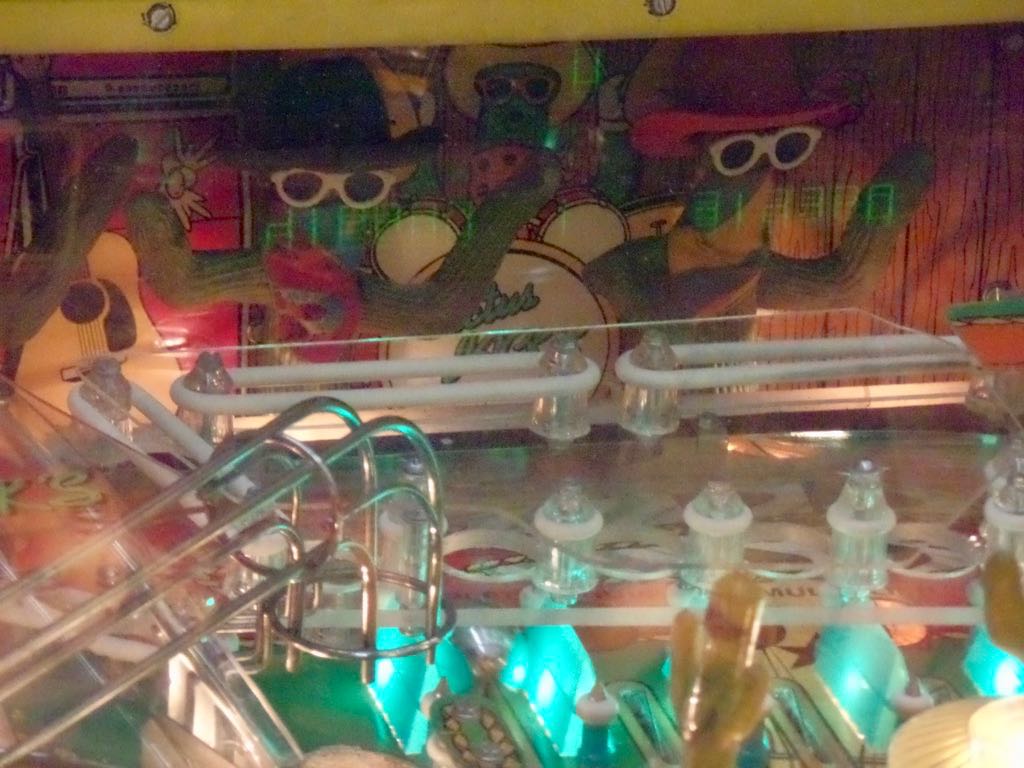 Cactus Jack's has an all-cactus band playing for a Western bar crowd; when you get multiball or other things started one of the cactuses will call out to you and the band starts playing, which is to say, the cactus figures here shake around. 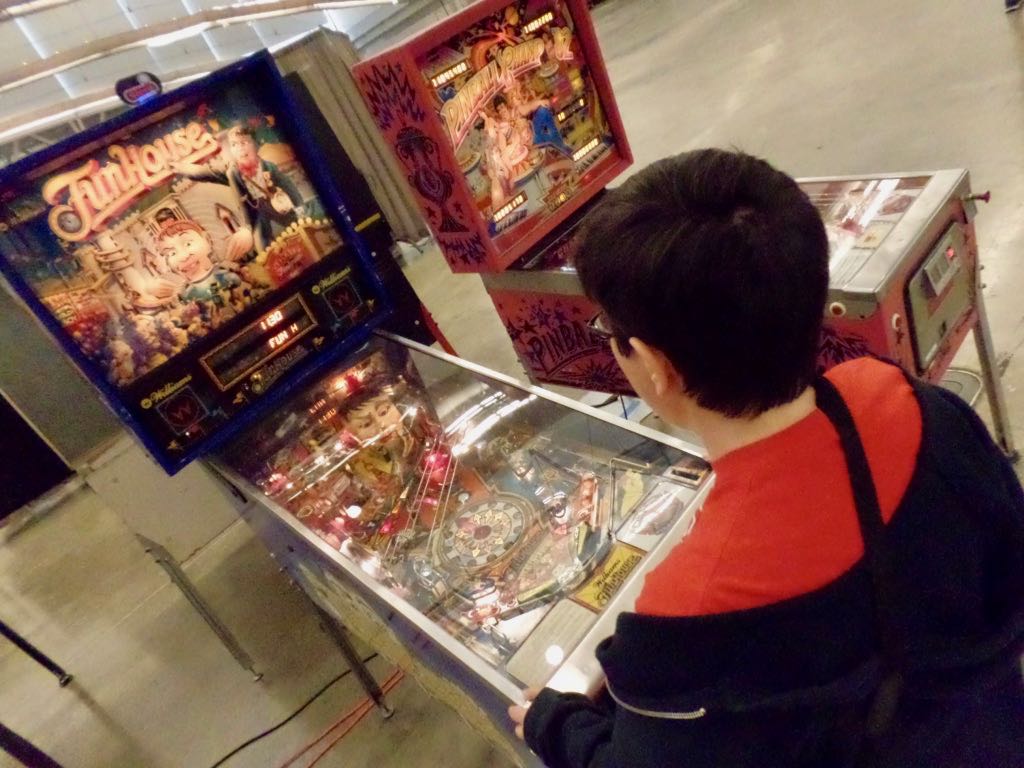 Late in the day! There's time for just one game before the machines are turned off so, 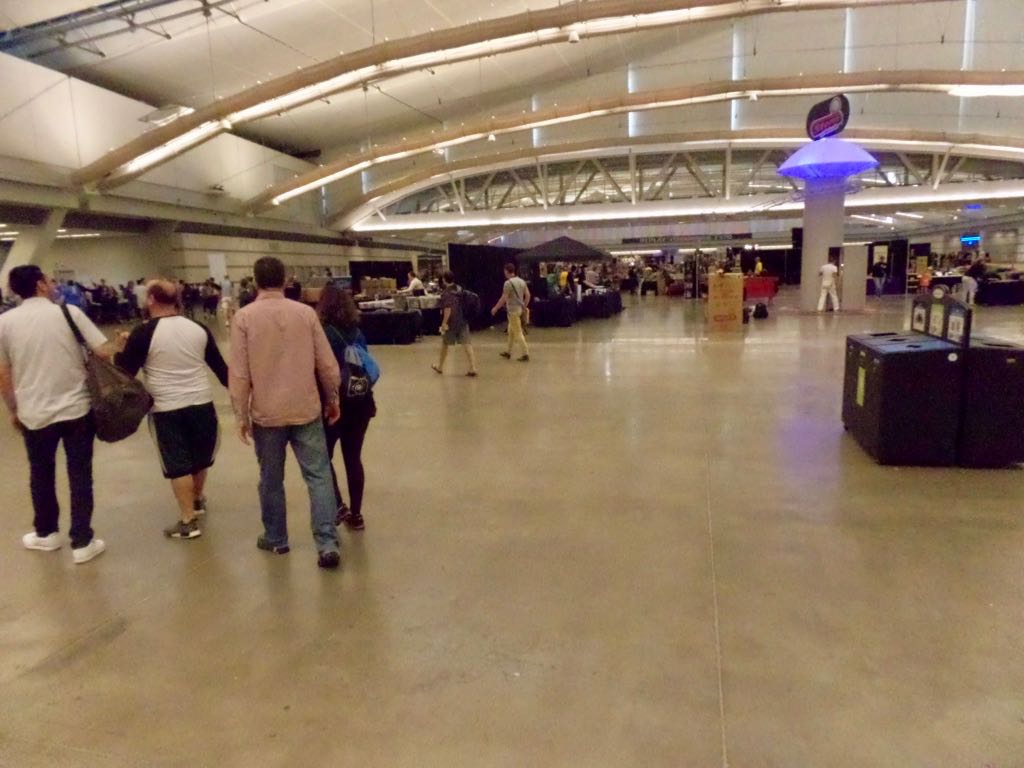 Alas! 5:01 pm, ReplayFX is closed. Everyone has to leave. 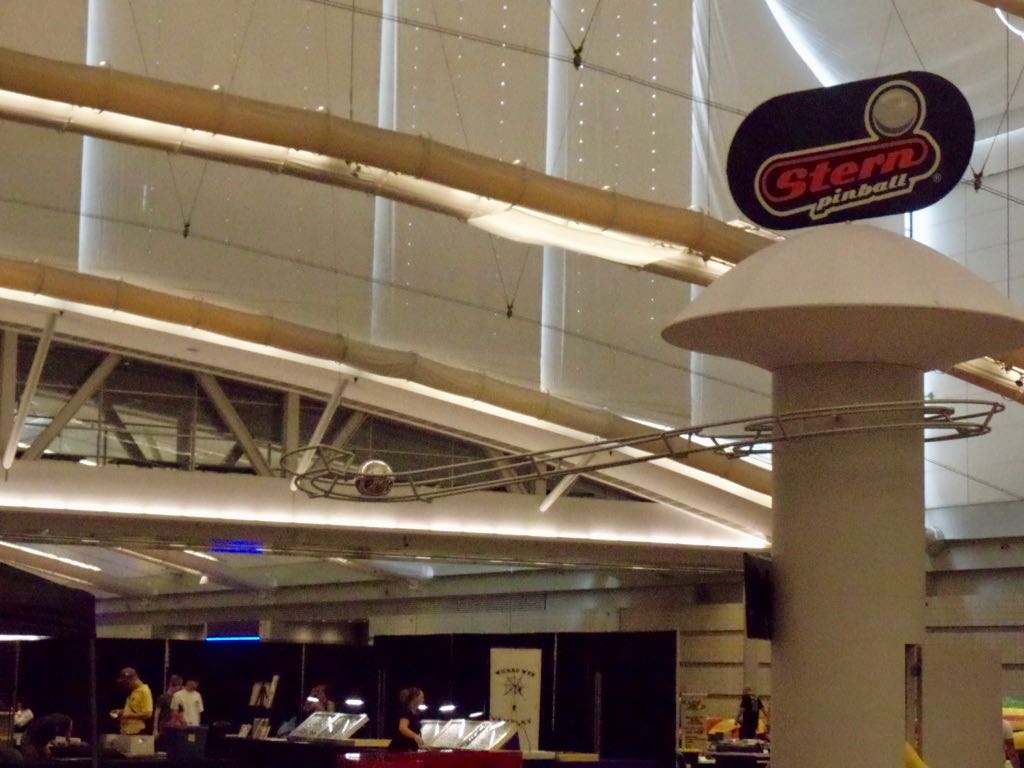 Stern turns off the lights to their booth, but from this angle, you can see the prop giant pinball and habitrail for it. 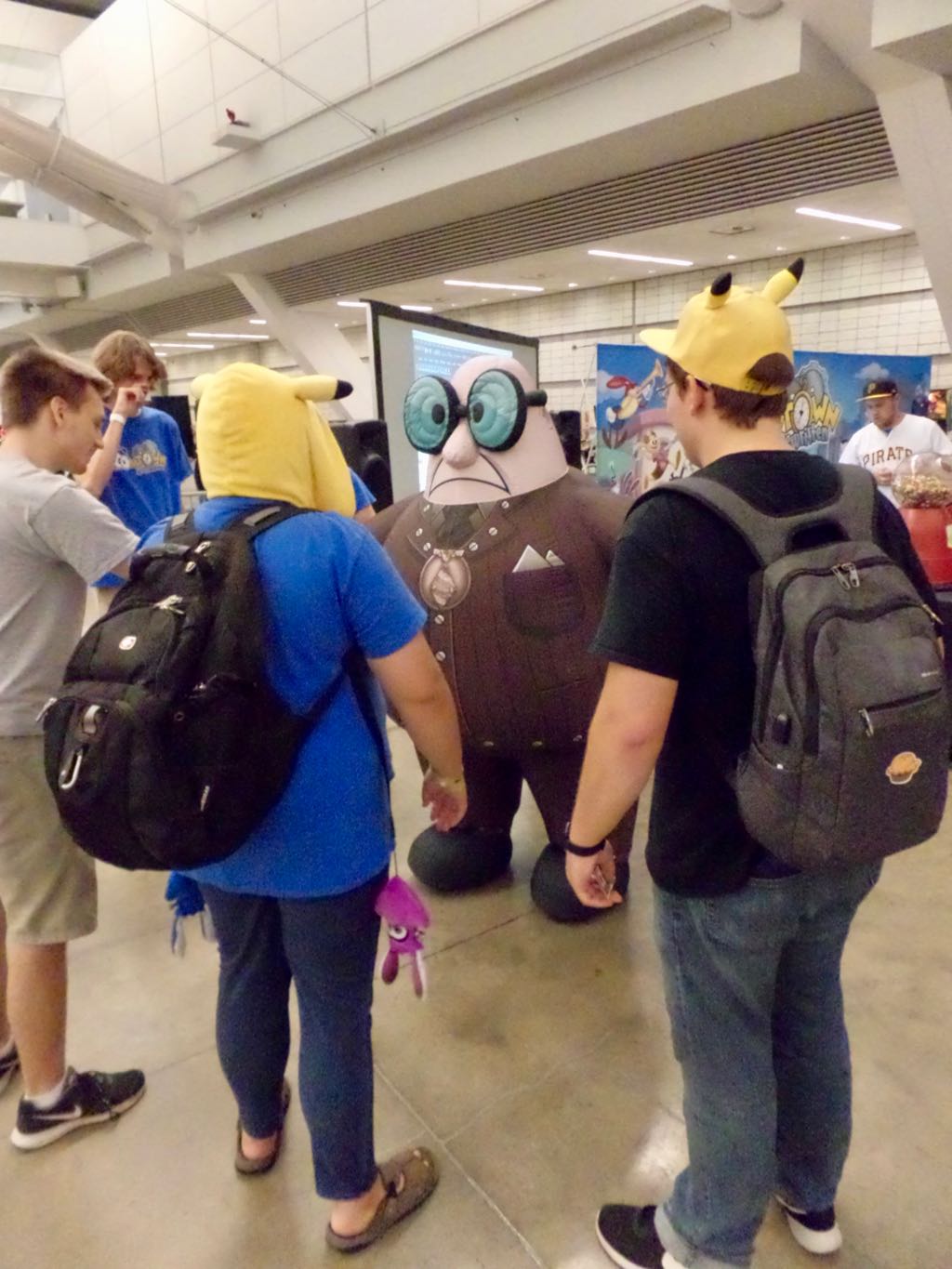 I don't know what this is at the Toontown Rewritten booth but it's a thing, certainly. 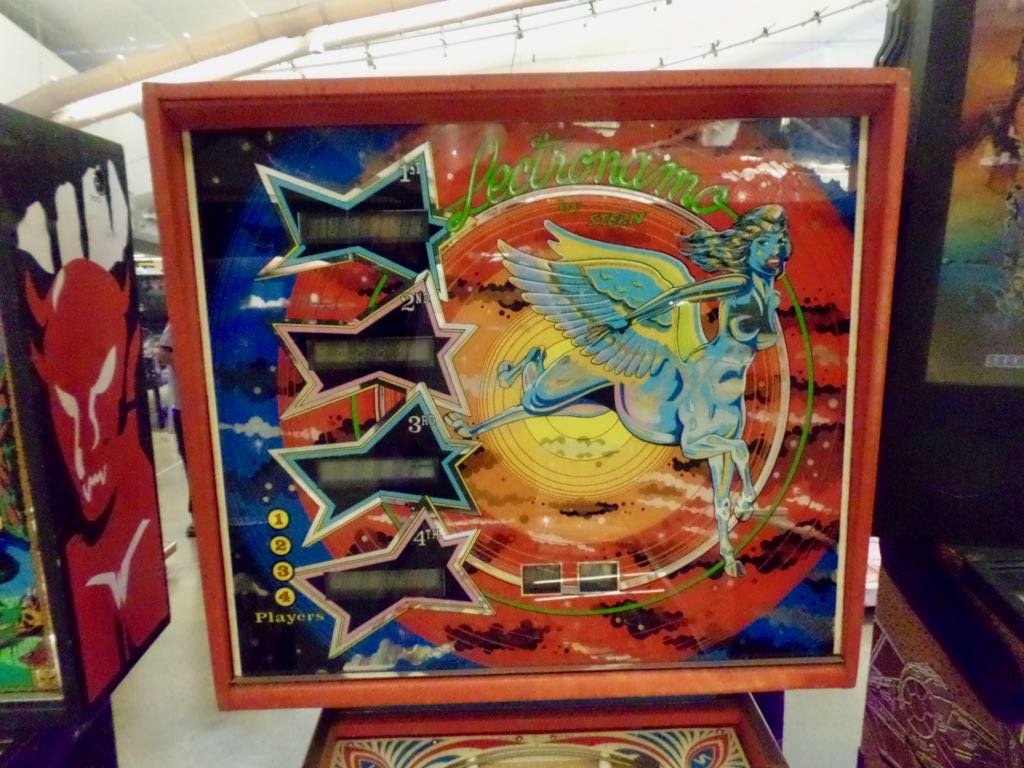 The backglass art to Lectronamo, a dazzling piece of art that makes me want to play this game every year, and every year I see it only after the games have been turned off. 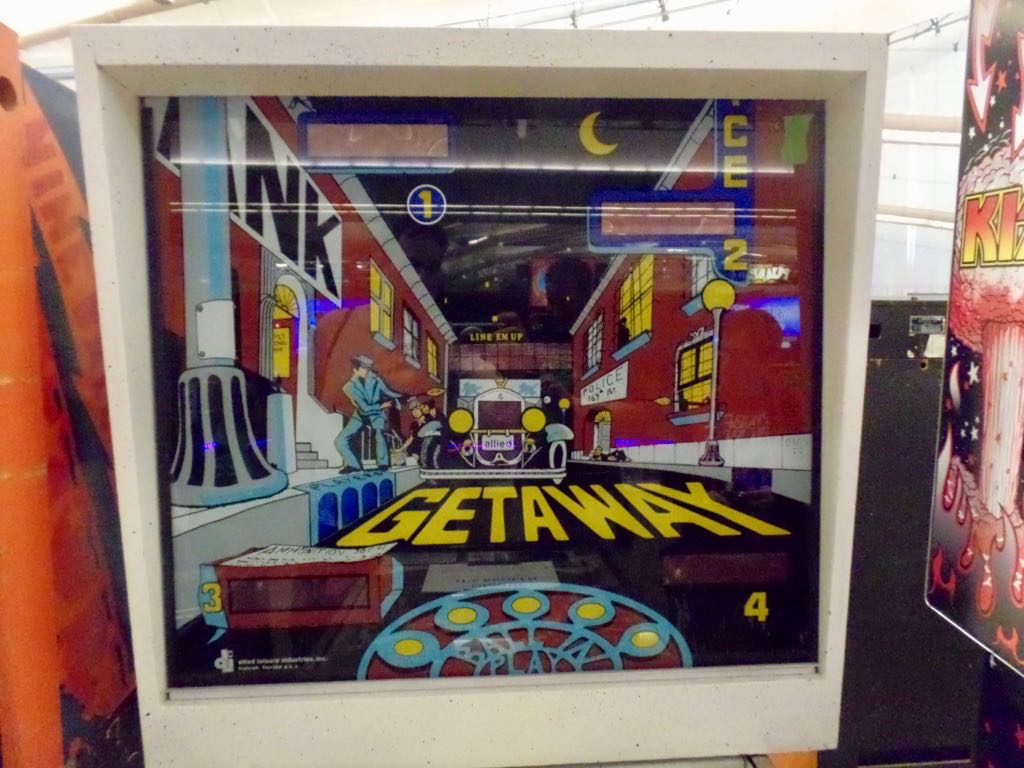 Oh, and it turns out there's another game called Getaway? The one from the early 90s is a pretty fun one that I have completely lost the ability to play recently, so maybe the game of the same name from perennial small-potatoes company Allied would treat me better. 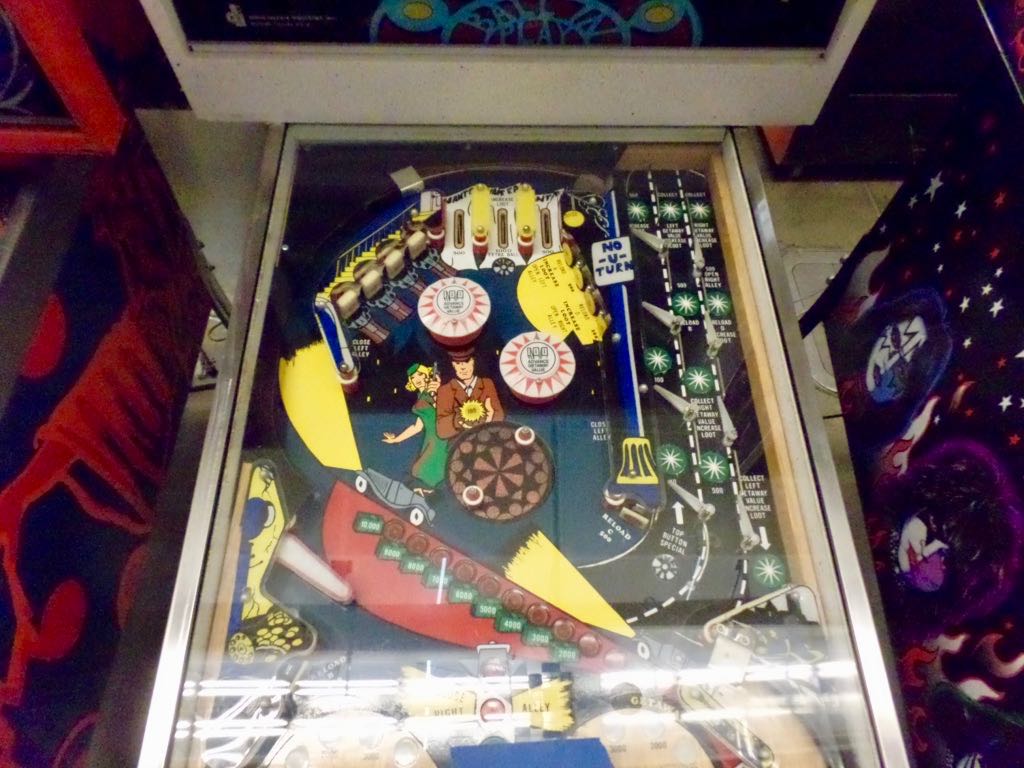 At the least, this is a danged interesting upper playfield for Allied Getaway. 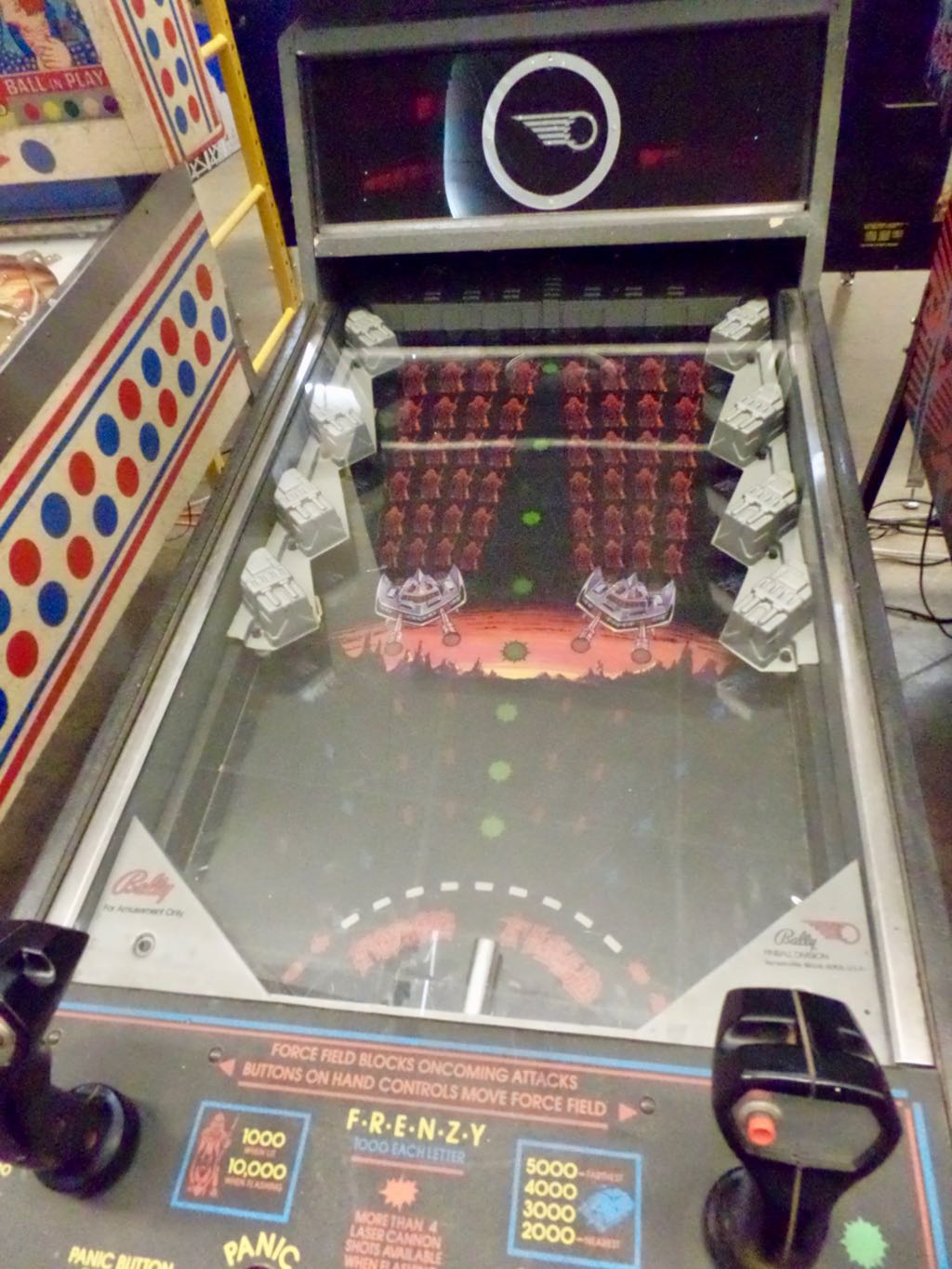 So this game was an early-80s attempt to make a pinball game more like a video game; it was supposed to shoot out a series of high-speed pinballs for something rather like Space Invaders, but with real targets. The thing kept breaking because it's asking a lot of a mechanism to keep shooting out a lot of pinballs for several minutes straight. 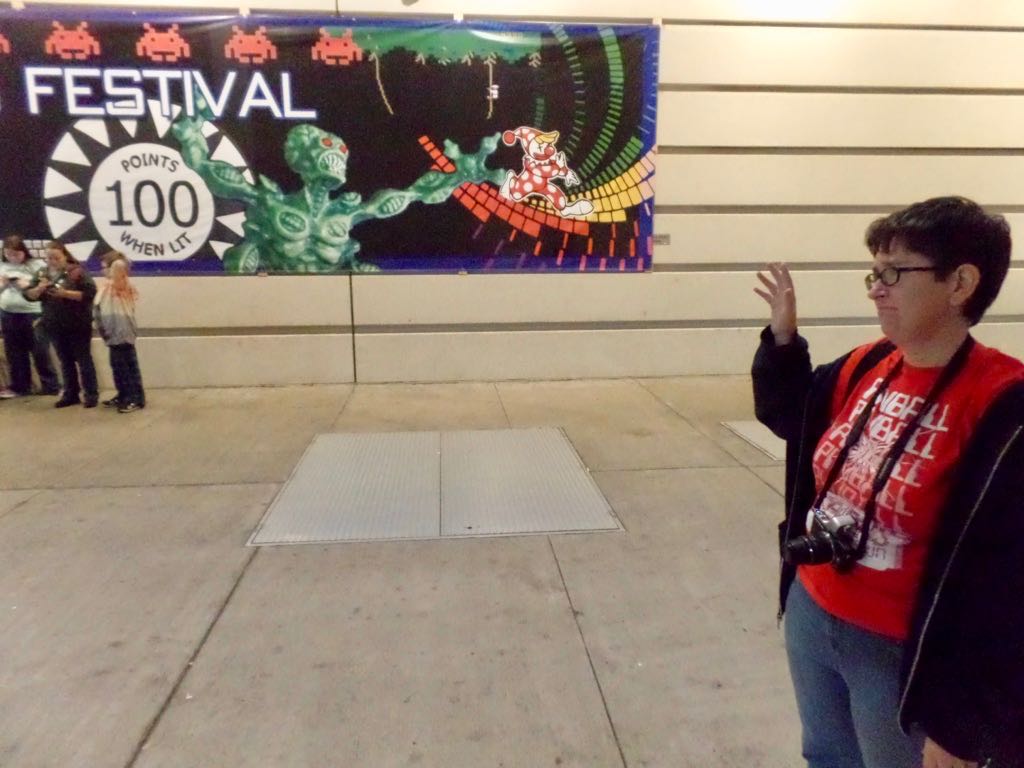 Trivia: In 1884 second baseman Fred Dunlap was paid a reported $5,000 for the Saint Louis team in the Union Association, which if true would make him the highest-paid baseball player in the (three) major leagues. Source: The Beer and Whiskey League: The Illustrated History of the American Association --- Baseball's Renegade Major League, David Nemec.