OK, so, we expected there'd be some work going on in the house to the north of us, the one that our Mormon neighbors finally moved out of a month ago. Normal to do some repairs after a tenant moves out and they'd been there a couple years, and we knew there were some things just being left to deal with later, like how the garden hose spout accidentally also filled the kitchen with water. But they've had trucks there doing work a lot the last couple weeks, sometimes two trucks at once. Whatever's going on there seems major.

Which is curious because the other house, the one with the elephant lamp, is also having work done. They've had some handyman's truck out most days the past week, and today it was quite the racket over there.

It's nice to think that despite the Flash Depression landlords are still trying to better the houses in our neighborhood, although it's got to be that the contracts were signed before the disaster struck.

Let's have some more pictures of our evening visit to Kennywood, from July of 2018. 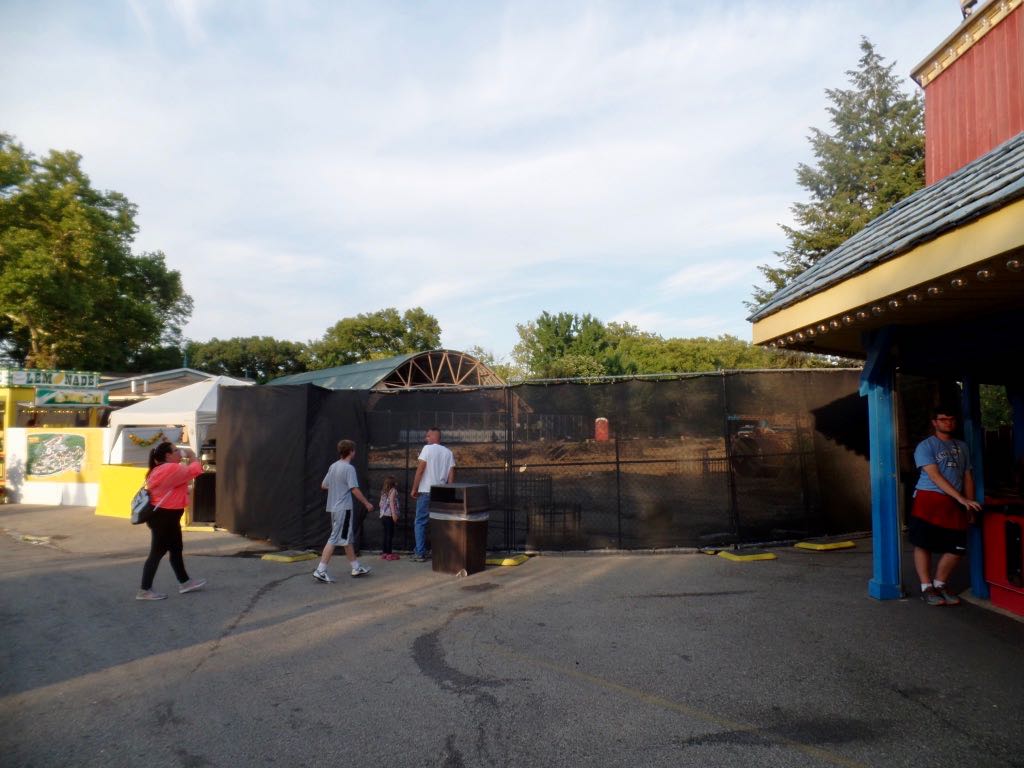 A year before there was a log flume here. Here, the construction site for the Steel Curtain roller coaster, which would open in 2019 just ahead of that year's Pinburgh, although it would be closed the evening we visited then. 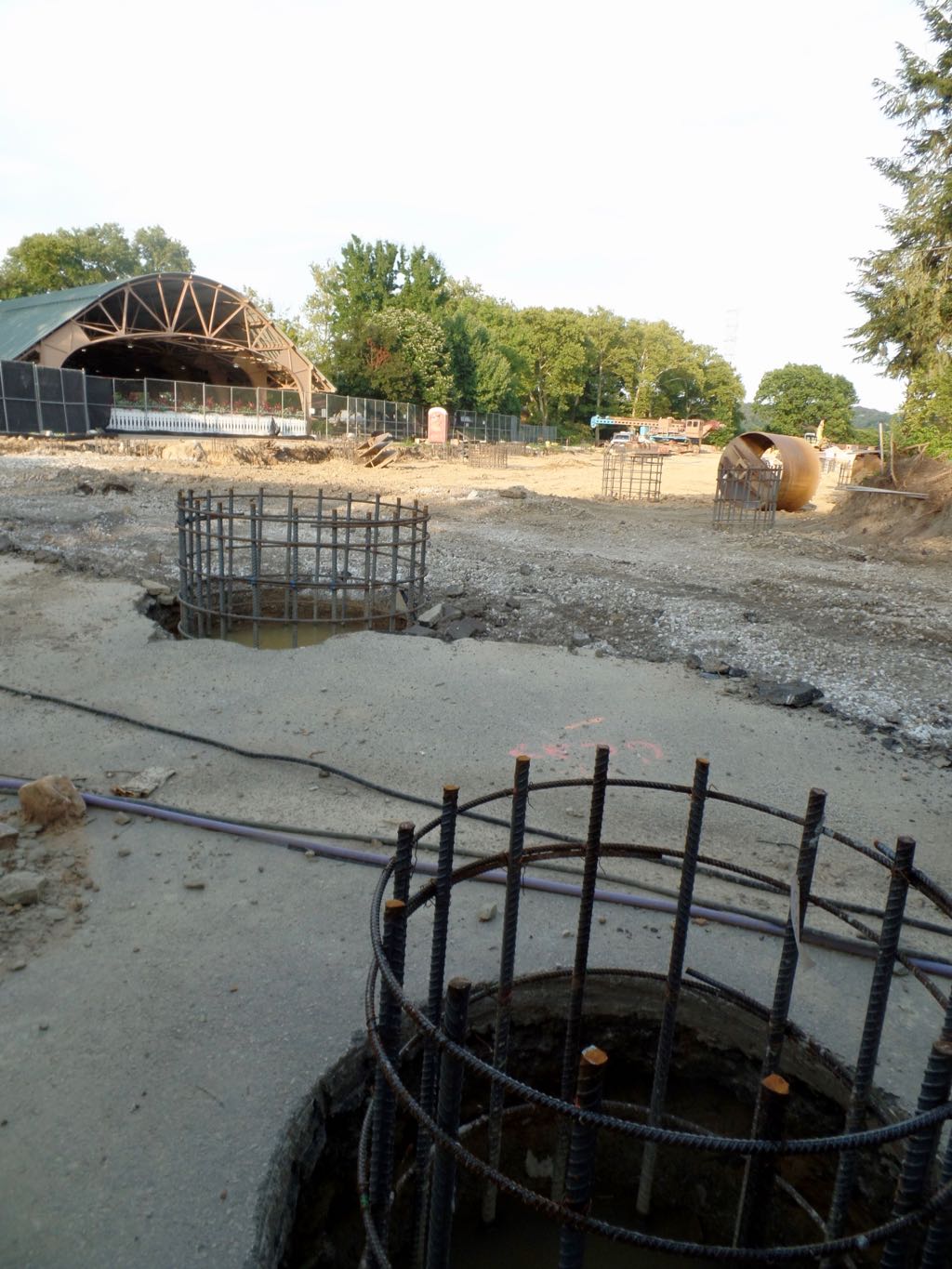 Peeking through the curtains to see what might be going on. It's about what you would imagine. The circle-cylindrical bases that'll moor the roller coaster are being built there. 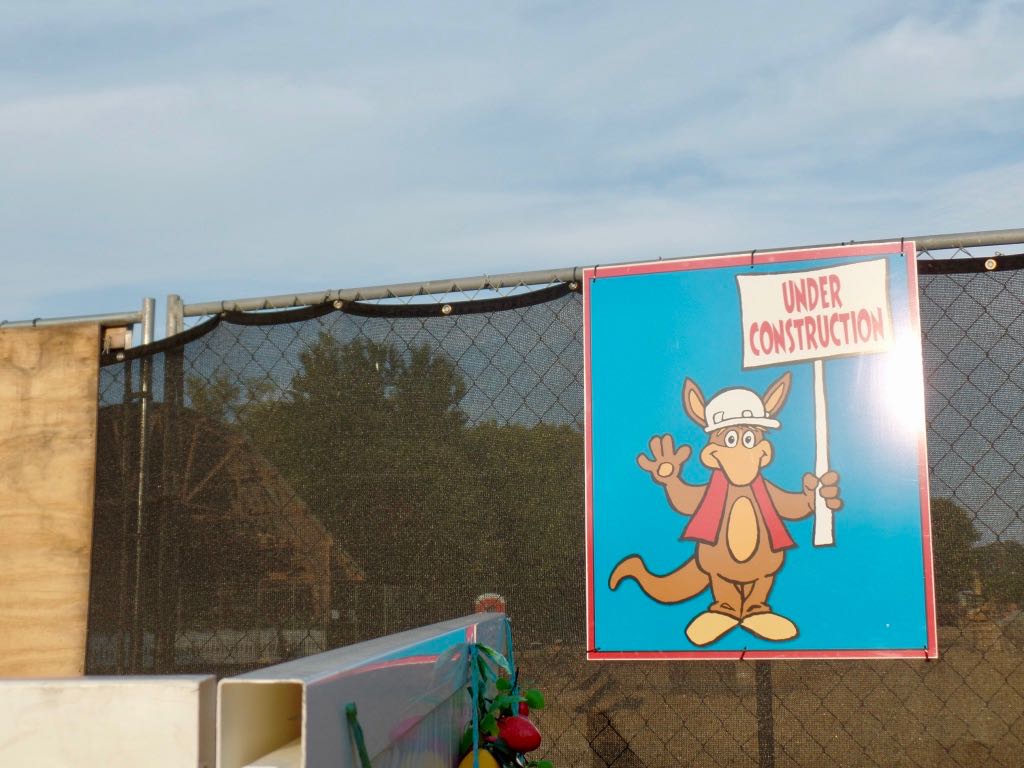 A picture of Kenny Kangaroo as a construction worker! ... How does he have pants on?

And here's the lemon chill guy, the source for all your inside information about the construction. (Ancient joke from roller coaster circles, about how someone knew what was coming to a park because they heard it from the lemon chill guy.) 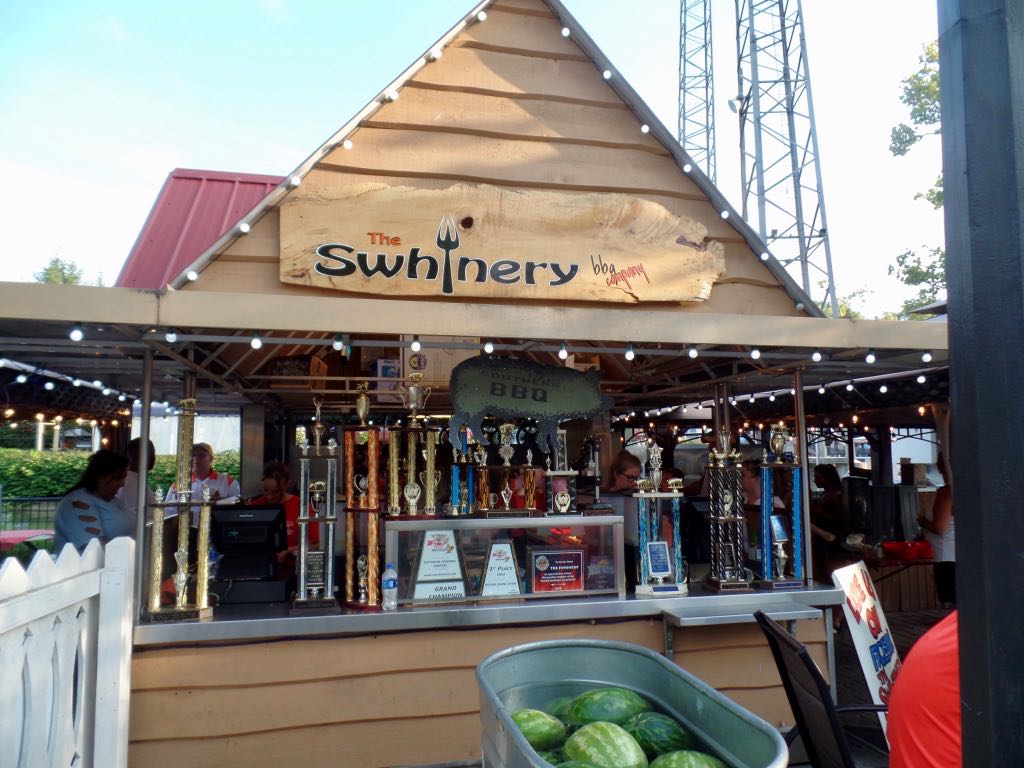 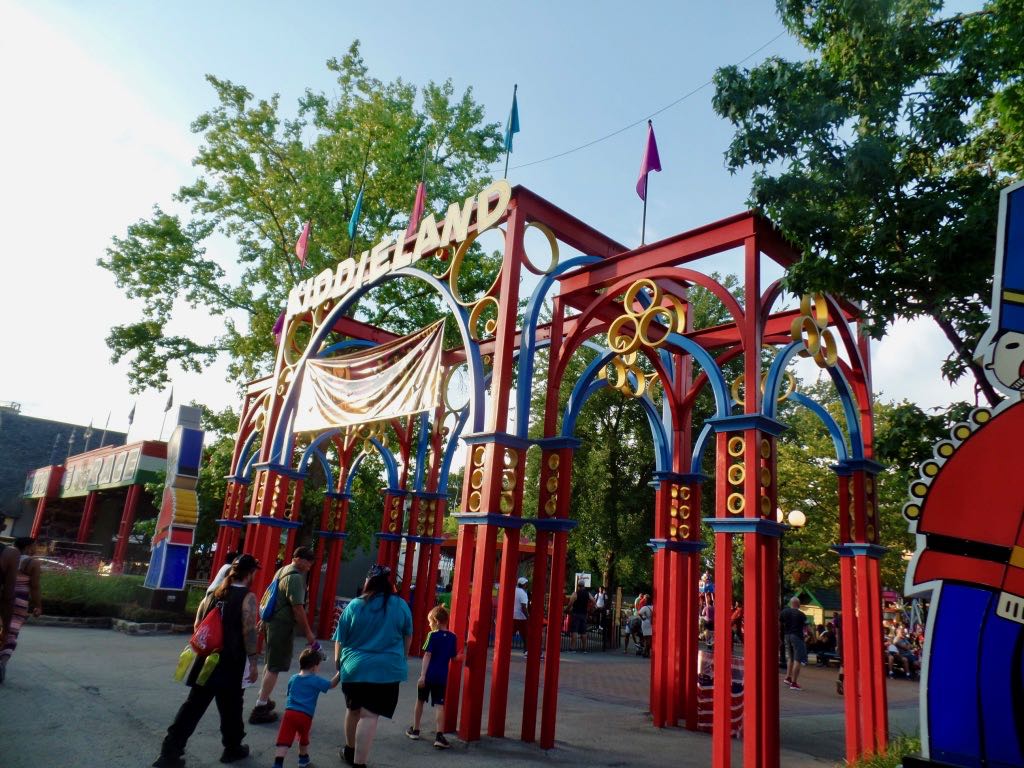 Quick look at the entrance to Kiddieland, one of the oldest kid's sections of amusement parks that exist anywhere. 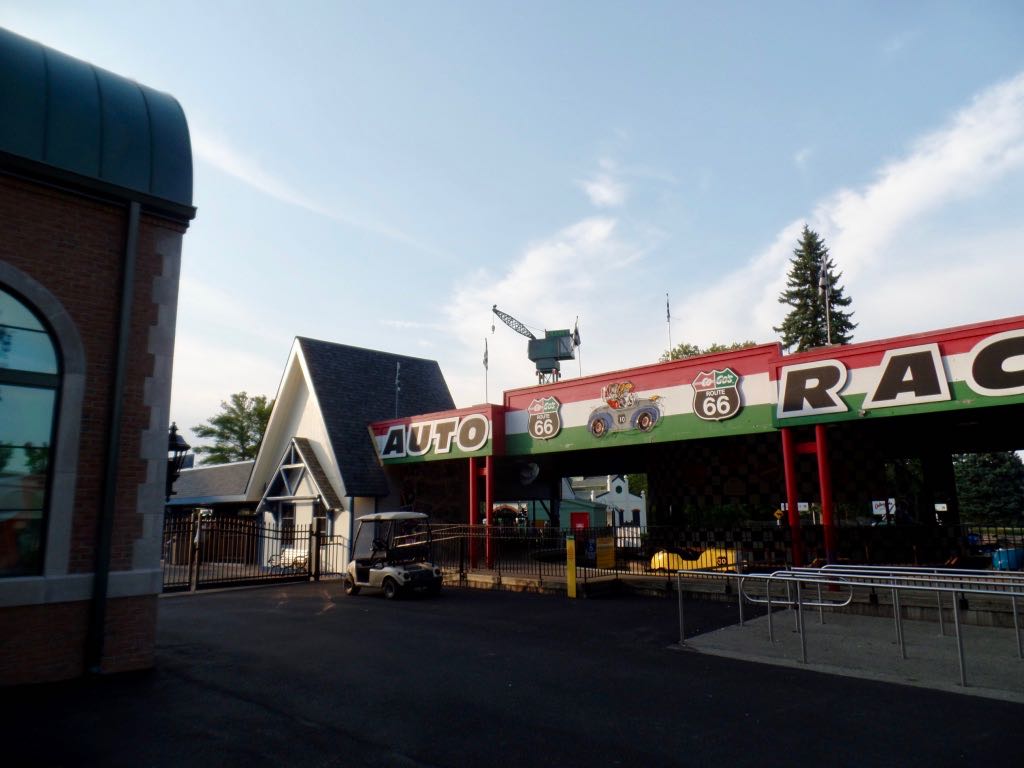 The Auto Race is the miniature cars ride and that's a similarly great old ride. 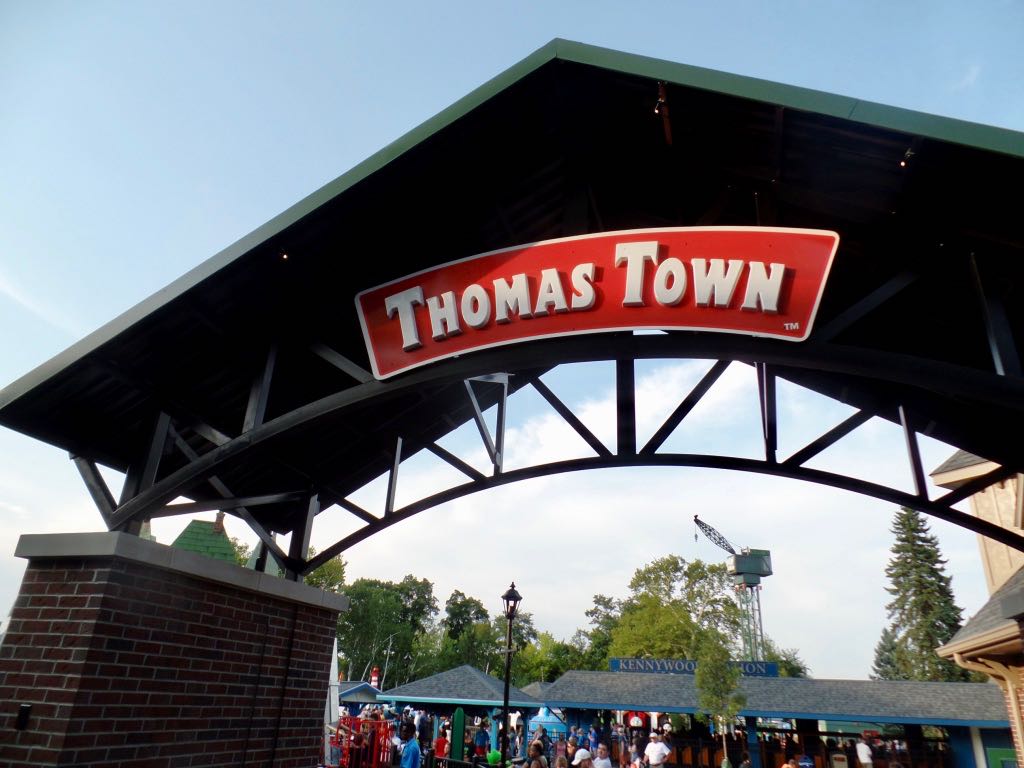 Thomas Town is the then-newest themed area of the park. Yes, they got the Thomas the Tank Engine license, which is cute and all except that they did renovate their miniature train ride to be a Thomas ride and it's a shame to lose the Streamlined 30s look it had before. 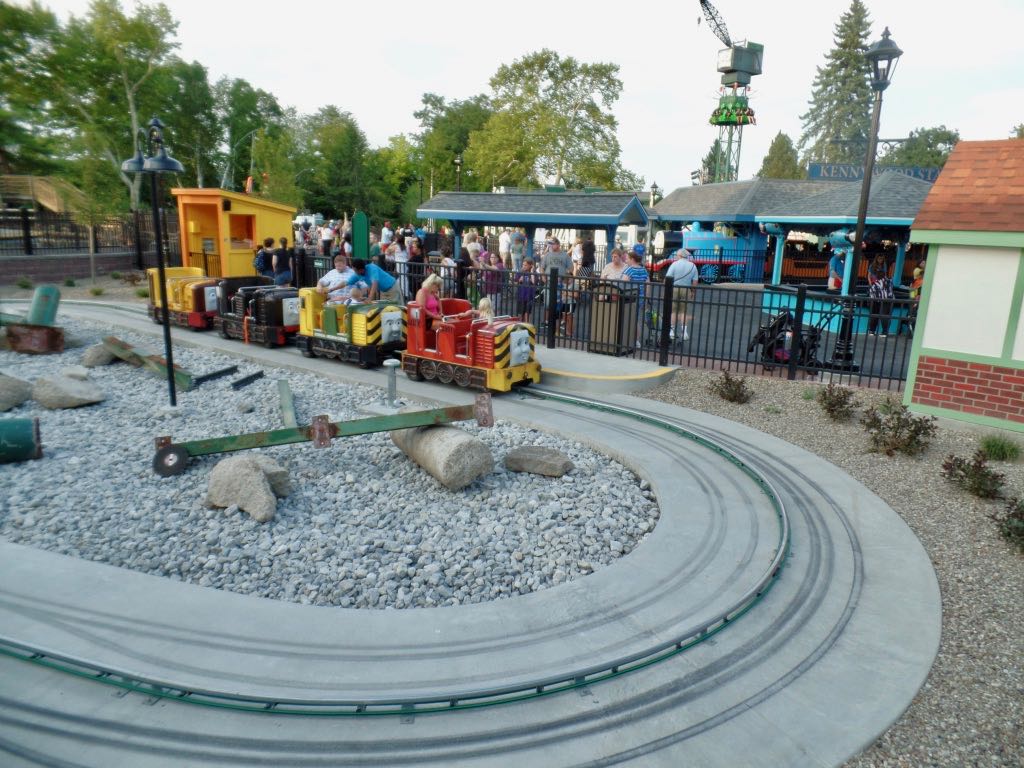 The new area comes with a bunch of rides, though, including a much smaller miniature train for kids who don't want to wait quite as long.

Ah, and here's one of the prides of Kennywood: Thunderbolt, the roller coaster that's arguably almost a century old, depending on how you consider the expansion that added, like,t he hill that the train is going down right in this photo. See also the great ride art at the bottom showing off Kenny Kangaroo and other mascot-esque figures. 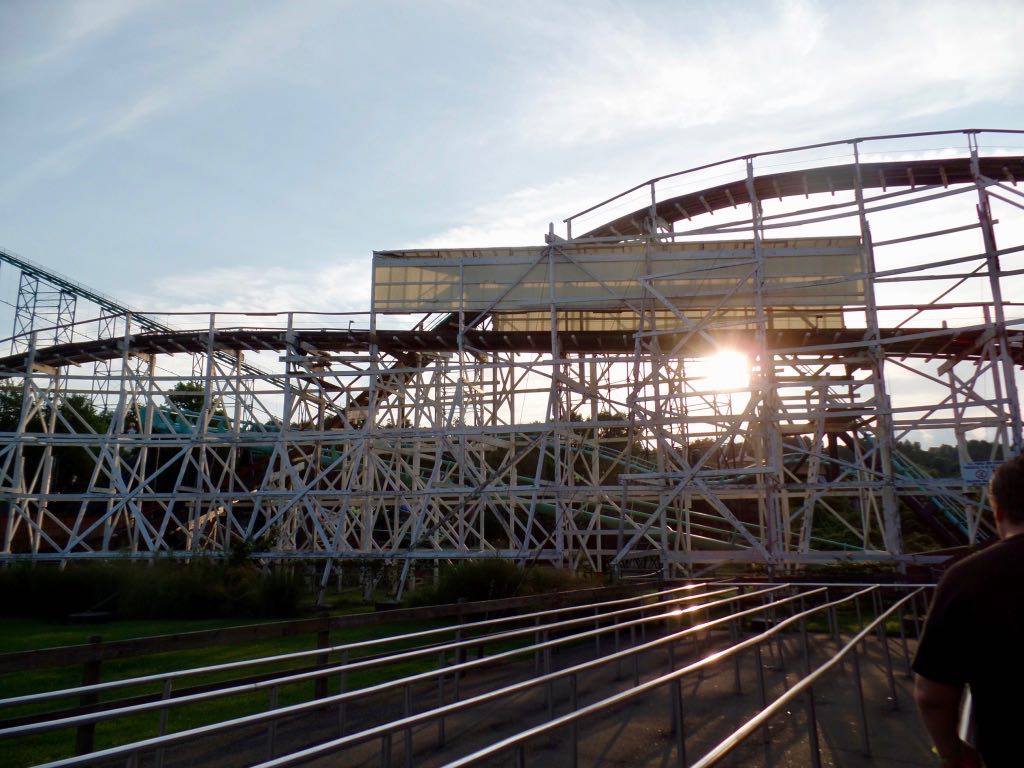 Evening sun seen over the queue and part of the expansion of Thunderbolt. The lift hill for Phantom's Revenge is ascending to the left there. 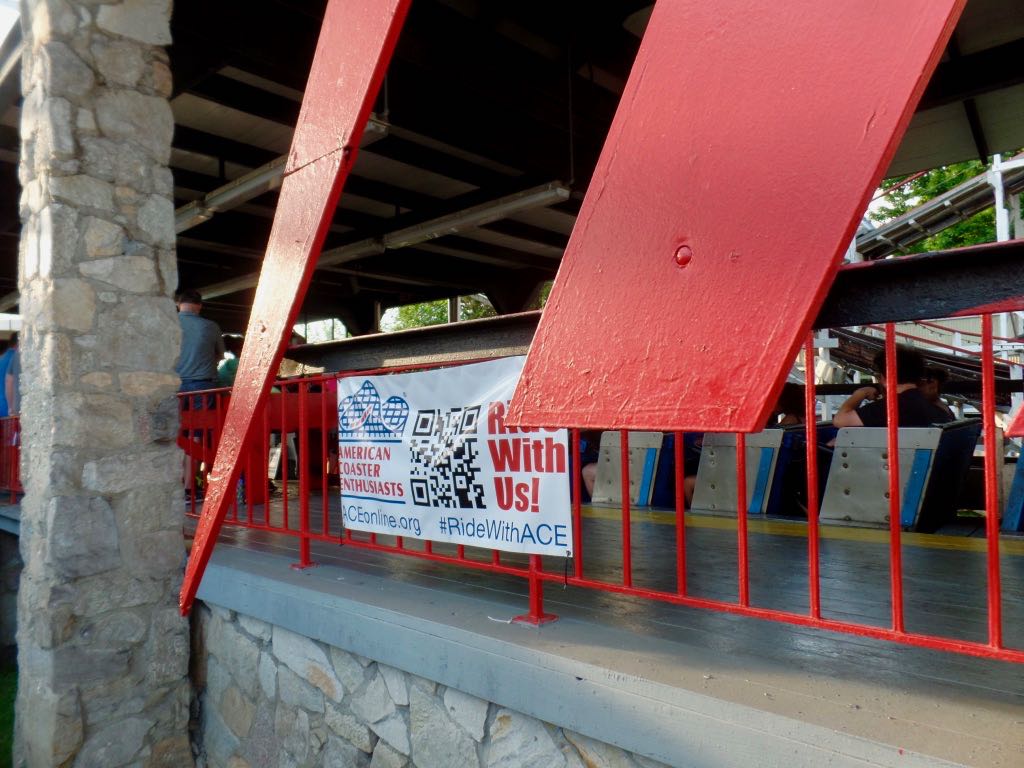 Peeking through the Thunderbolt ride sign to see the American Coaster Enthusiasts, encouraging people to ride with us, apparently unaware that nobody has ever voluntarily used a QR Code.

Currently Reading: The Plastic-Man Archives Volume 7, Jack Cole. Editor ... not sure; I think maybe Dale Crain has best claim to that?

PS: Rjlipton's thoughts on the possible ABC Conjecture proof because there is some big exciting but uncertain news in the mathematics world these days and that's worth sharing some.