We've cancelled our plans to spend Easter with

bunny_hugger's parents. It had seemed like a good plan to go, a month ago, when we last saw them and were wondering if Covid-19 would hit hard enough we'd need to postpone the March Hare Madness tournament. But with the stay-in-place order extending, and the advice on wearing masks changing ... well, we don't think we're at serious risk. But, neither does anyone else. It hurt to conclude that we shouldn't take the risk of spending the day with them, not just yet anyway, but ...

bunny_hugger's mother e-mailed back that she was relieved and felt guilty about planning around us spending the day. I believe that's more than just making the best of sad news, and wonder if, had we not pressed the issue, she might have.

In walking around the neighborhood I've discovered a boat. Just sitting out on the extension of one house, with a sign promising, it's free. They'll deliver if it's nearby, but it does not come with a trailer. It's your classic motorboat like you'd see in a fishing cartoon from 1956, although there's no motor or seats, and the windshield is detached and sitting in the boat's bed. It's a little shame that we have nowhere that we could possibly store a boat, since it would be nice to have one. But I also have to figure a free boat has to be pretty expensive.

That's enough current news. Let's go back to Kennywood in July of 2018, and get ready to ride Thunderbolt. 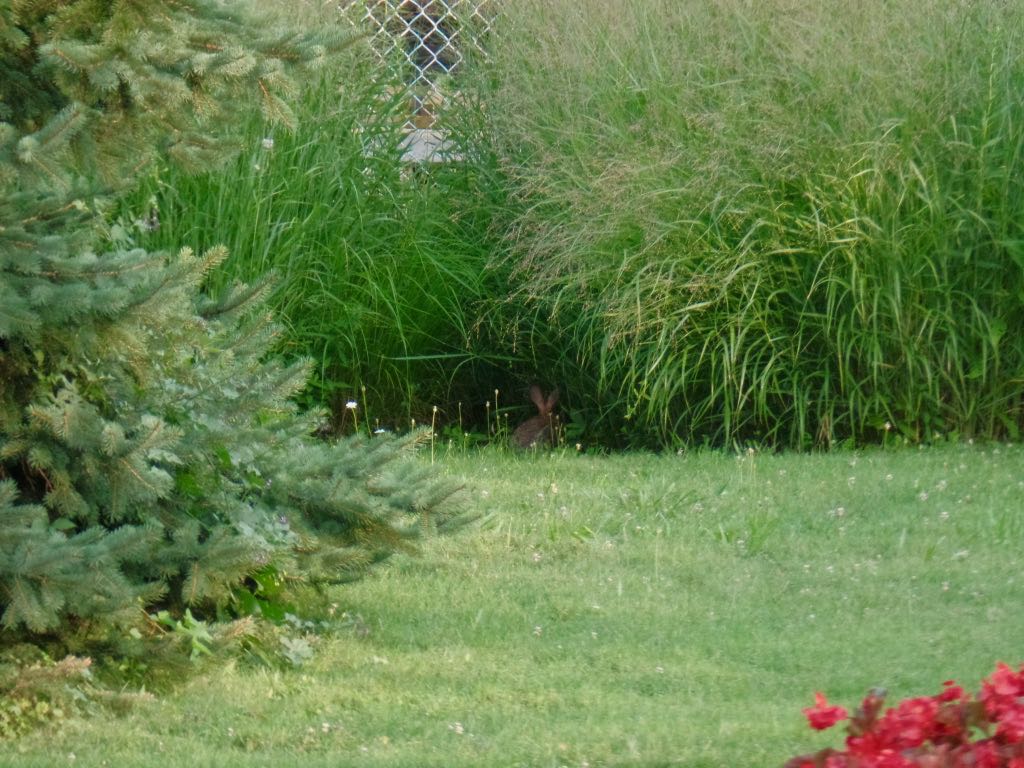 ... What's this? In the far distance of the infield lawn on Thunderbolt, as far away as could get from us? 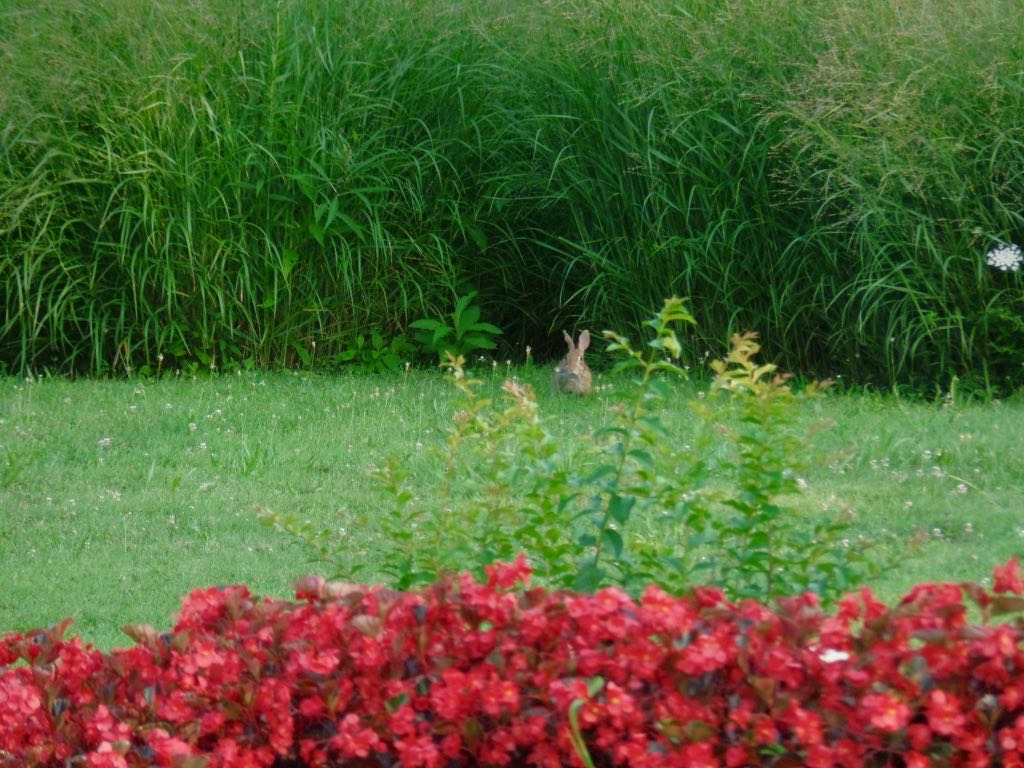 It's thrilling enough to see one rabbit but then look over here --- it's a second rabbit in the Thunderbolt infield. 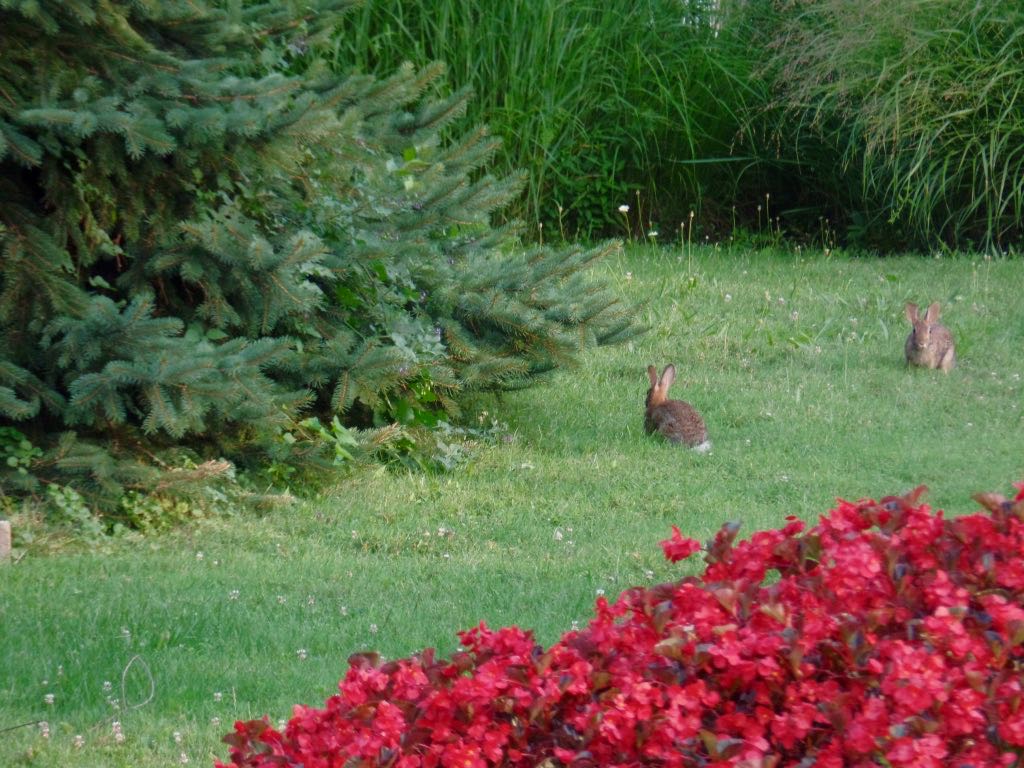 Even better, the two rabbits came together to graze nearby the roller coaster. 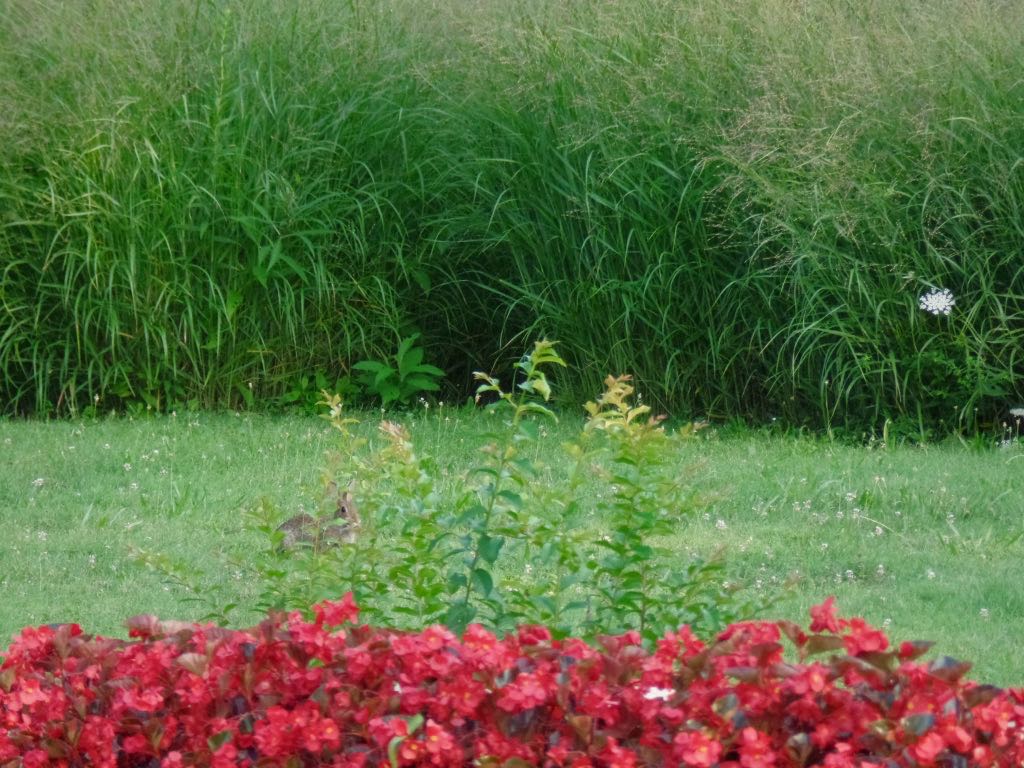 The second rabbit had its own projects to work on. 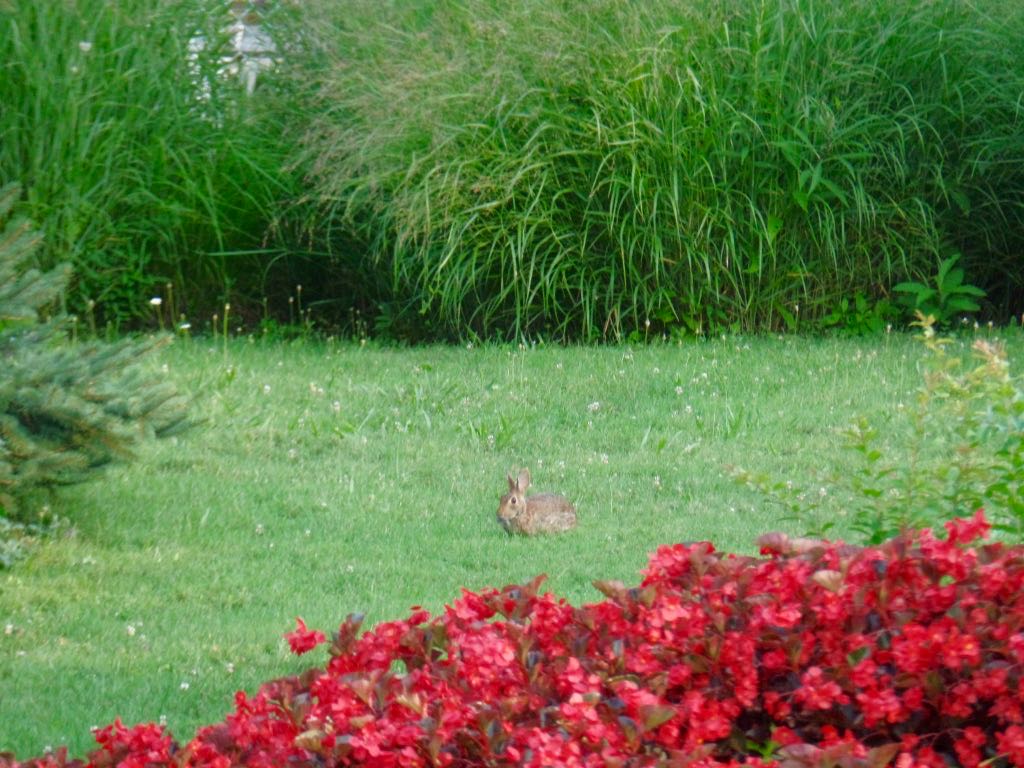 I don't think this rabbit had a mouthful of grass, but it does look like it in the picture now. 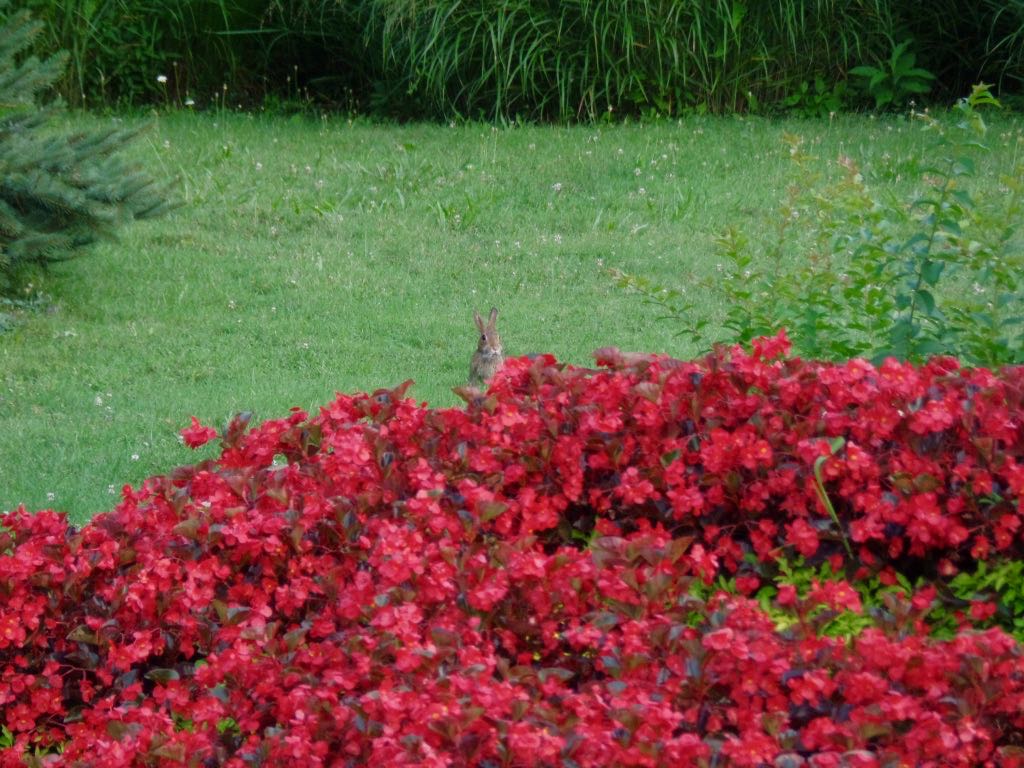 Rabbit looking over a great mass of flowers, surely figuring, ``I could eat them all''. 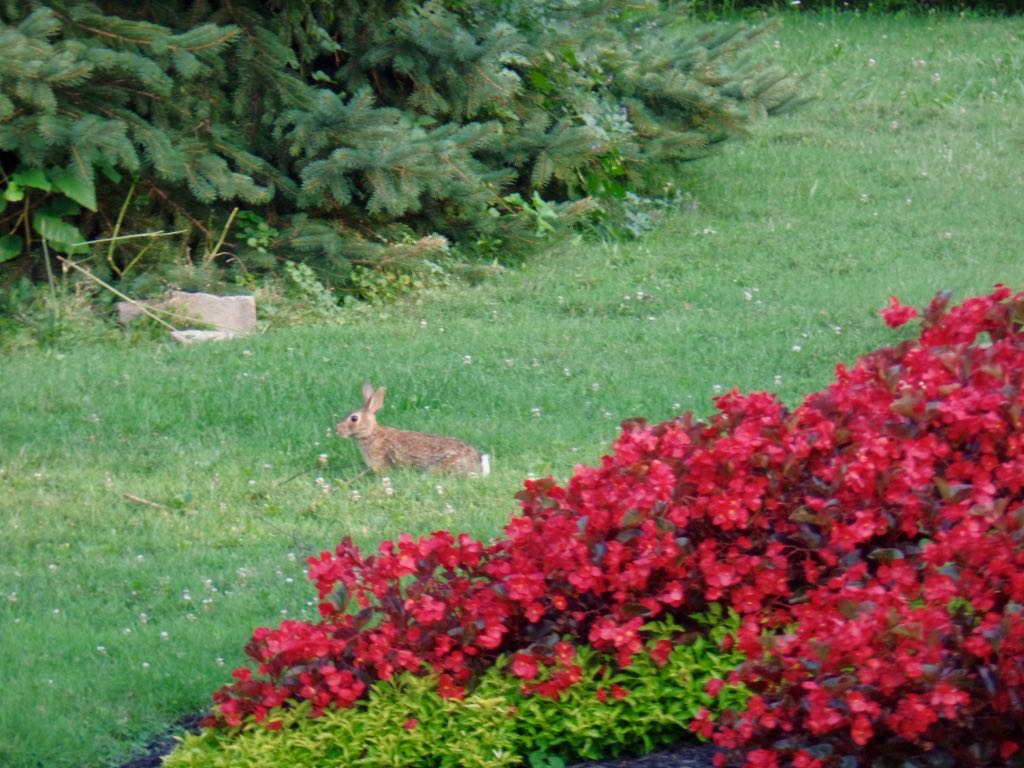 One of the Thunderbolt rabbits stretches out to examine flowers. 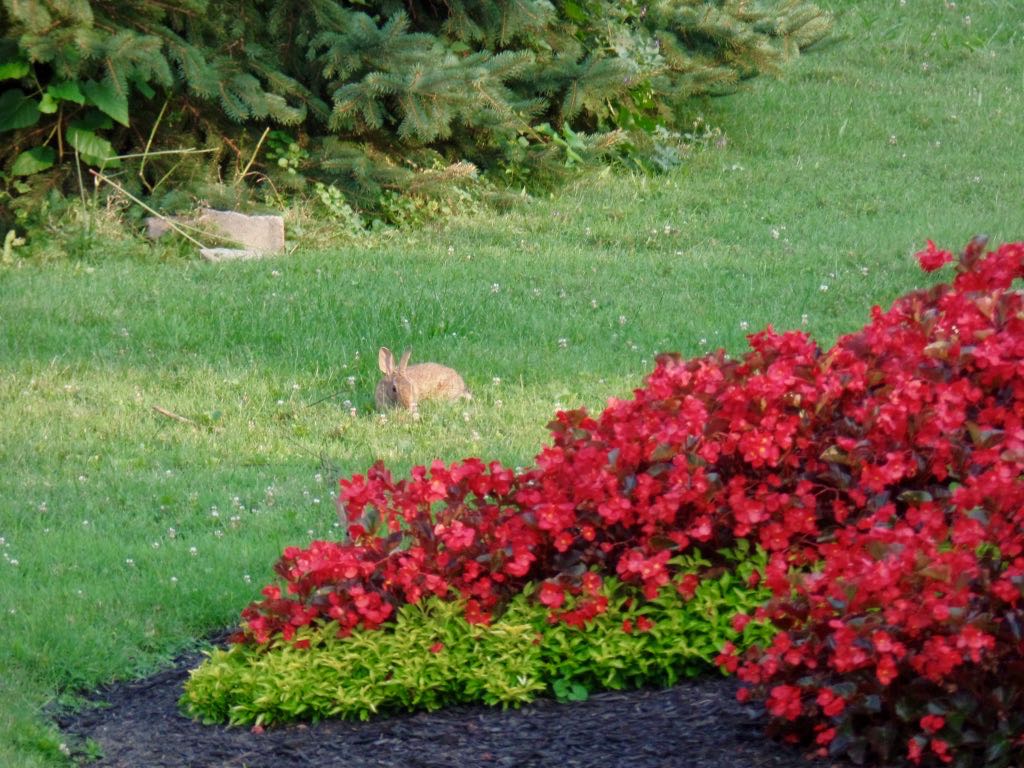 And then it settles into the grass to eat a little, in a sunbeam. 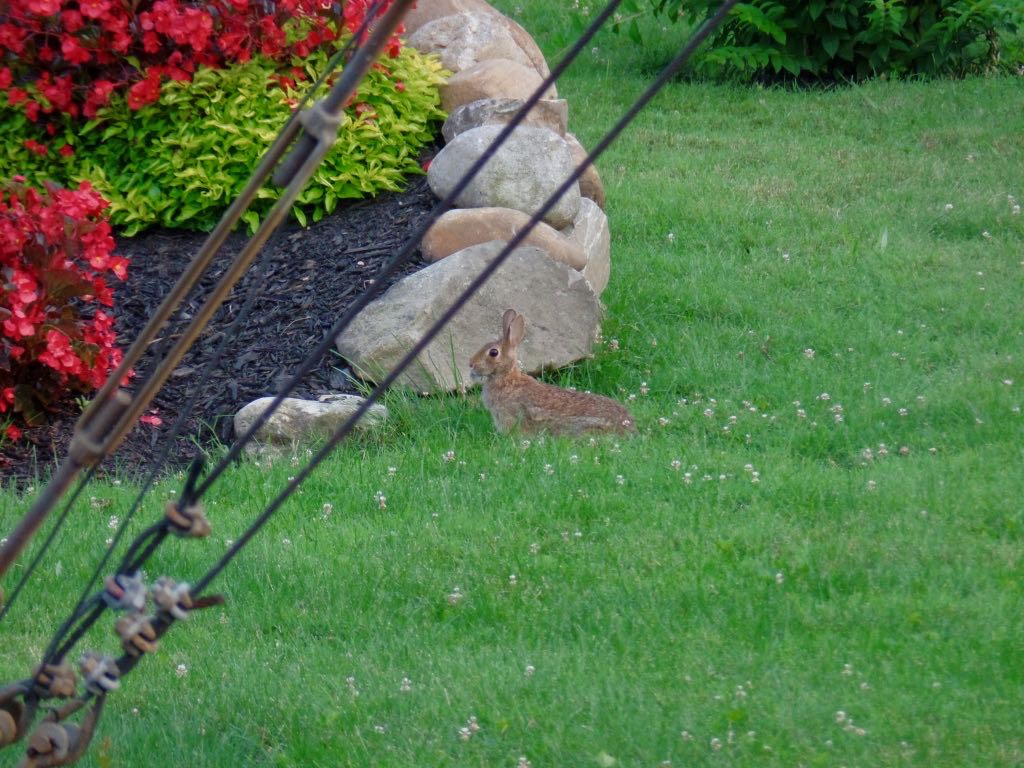 What's that? A Thunderbolt rabbit sits up, all alert. 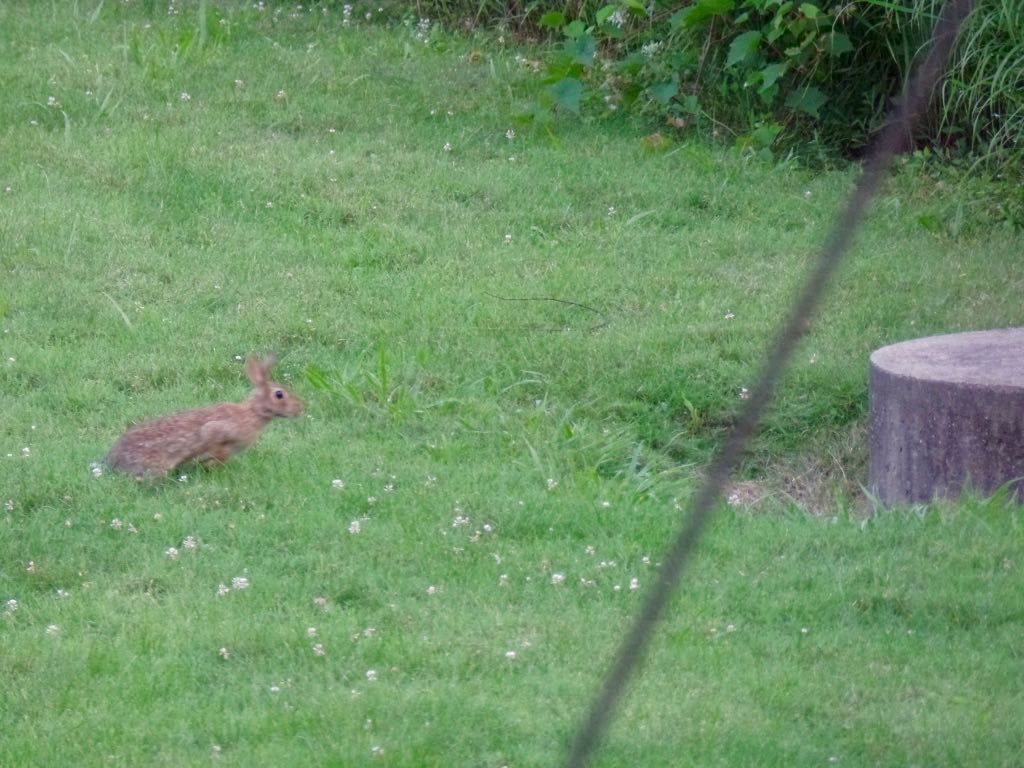 The other rabbit examines one of the concrete footers for Thunderbolt. 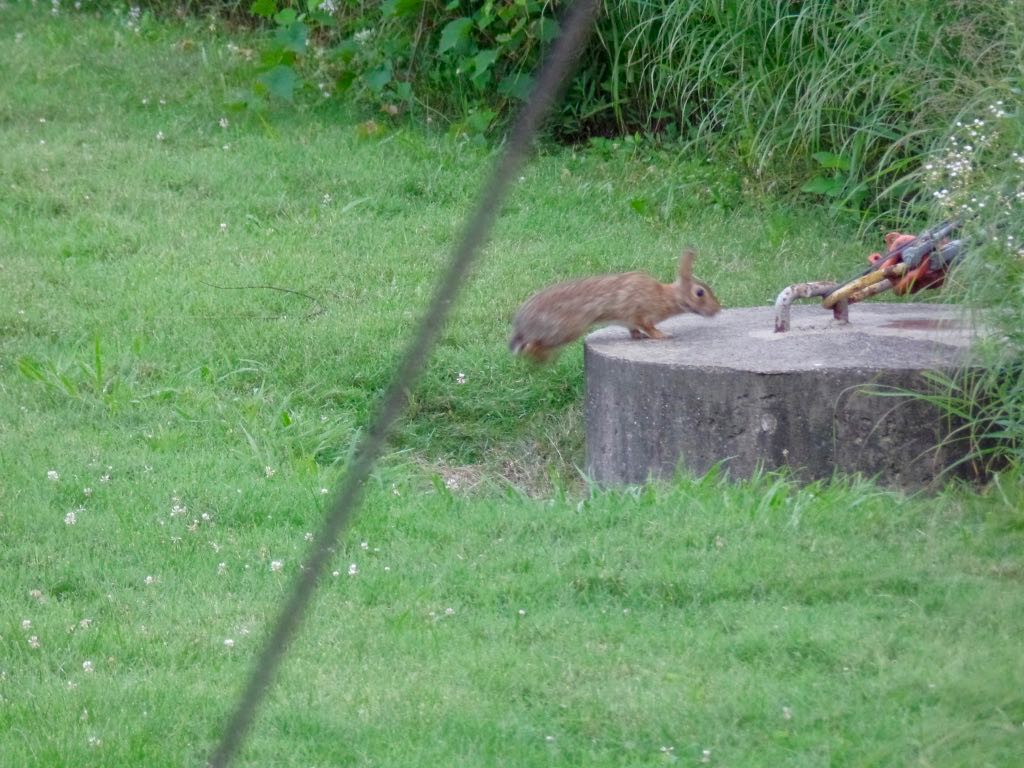 Up! I had the feeling this rabbit would leap up on the footer and even got a shot when it happened. 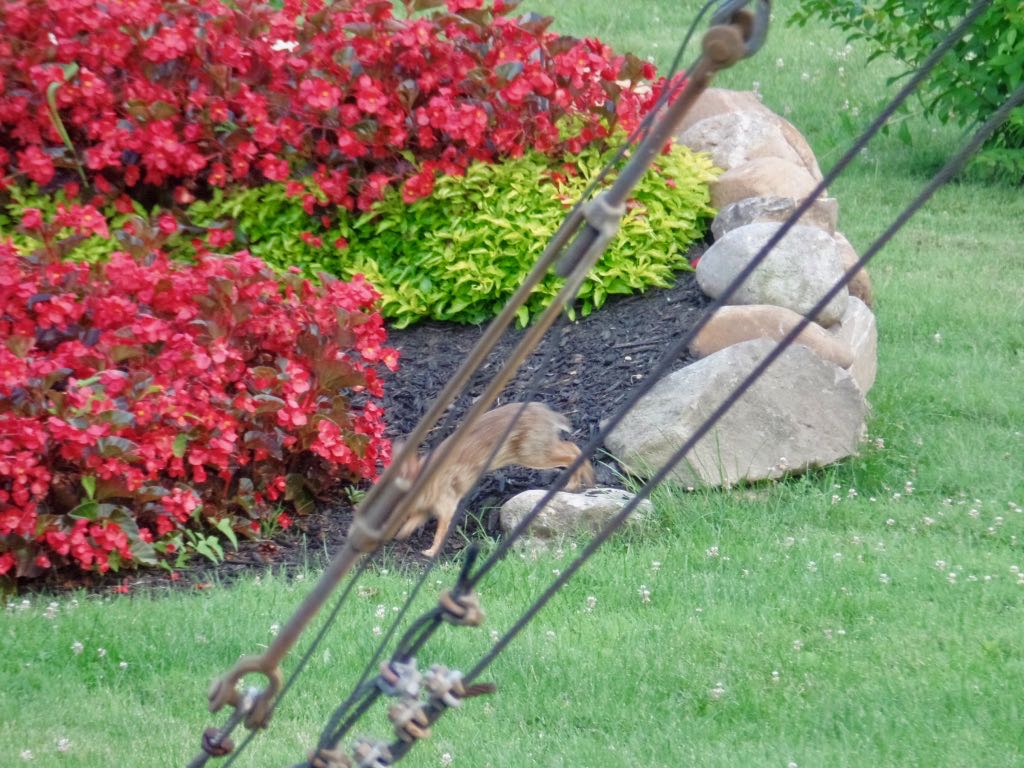 The other rabbit had gotten on top of one of these rocks, and my timing was great for getting the hop down. Unfortunately it leapt right behind some of the guy wires for the roller coaster. Still, I like the principle of this photo.

Trivia: The Royal Navy flag codebooks in use in October 1805 had no flag for the word ``duty''; Admiral Nelson's signal, ``England expects that every man shall do his duty'' had to have the final word spelled out. Source: Atlantic: Great Sea Battles, Heroic Discoveries, Titanic Storms, and a Vast Ocean of a Million Stories, Sion Winchester.