You can stay there and I'm sure you will find

Our distressed goldfish seems to be doing better. They were doing better almost the moment we put them in a quarantine tank upstairs, where the water is a few precious degrees warmer. (Warmth tends to help fish problems.) We should finish the course of antibiotics tomorrow and then, well, we'll see. It'd be nice to have a fish recovered from whatever, probably, swim bladder issue went wrong.

So let me get back to pictures of our August 2018 Cedar Point visit, and a last couple rides on the Witches' Wheel. 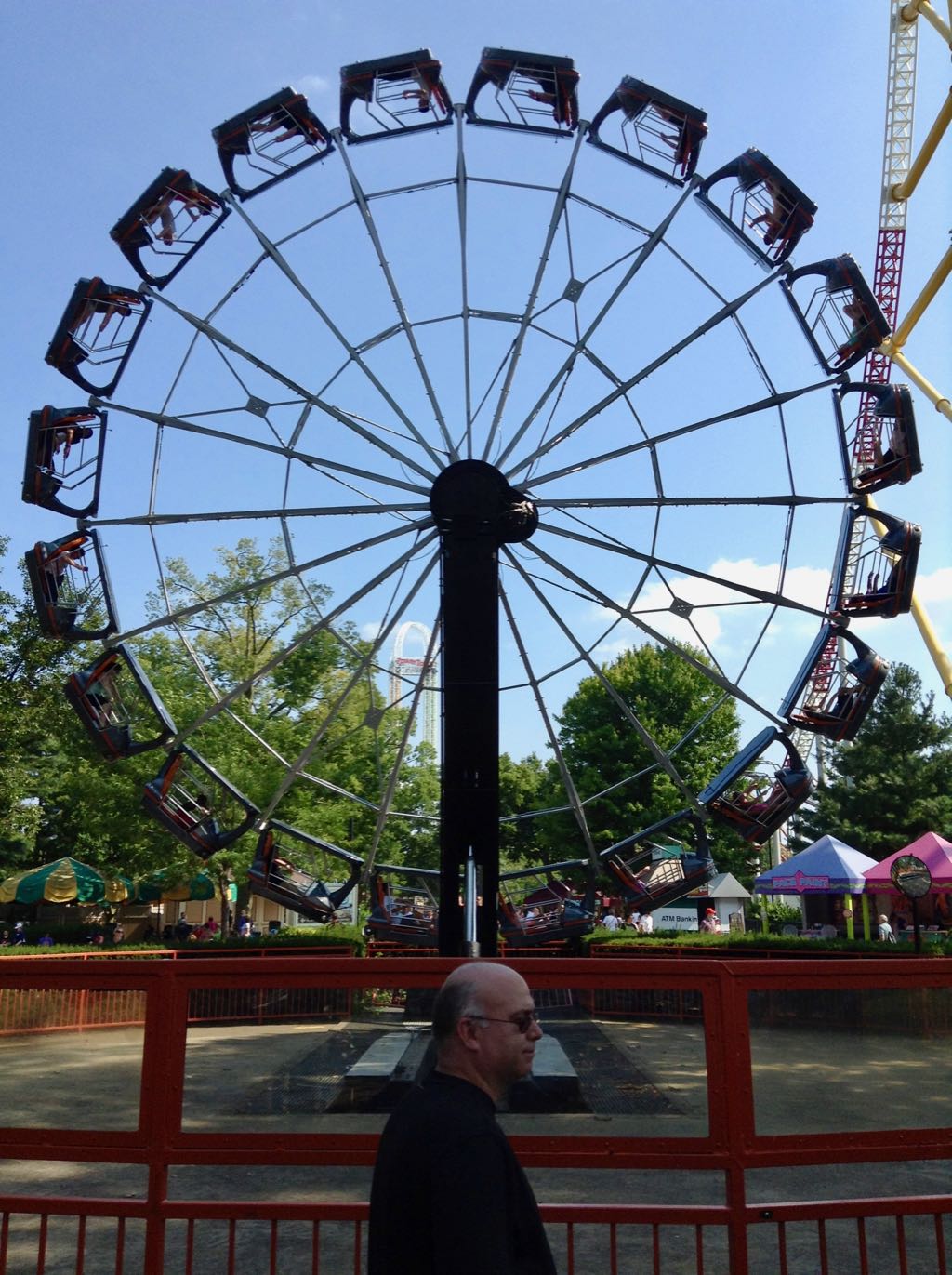 The Witches' Wheel ride at full elevation, as Paul Shaffer walks past. 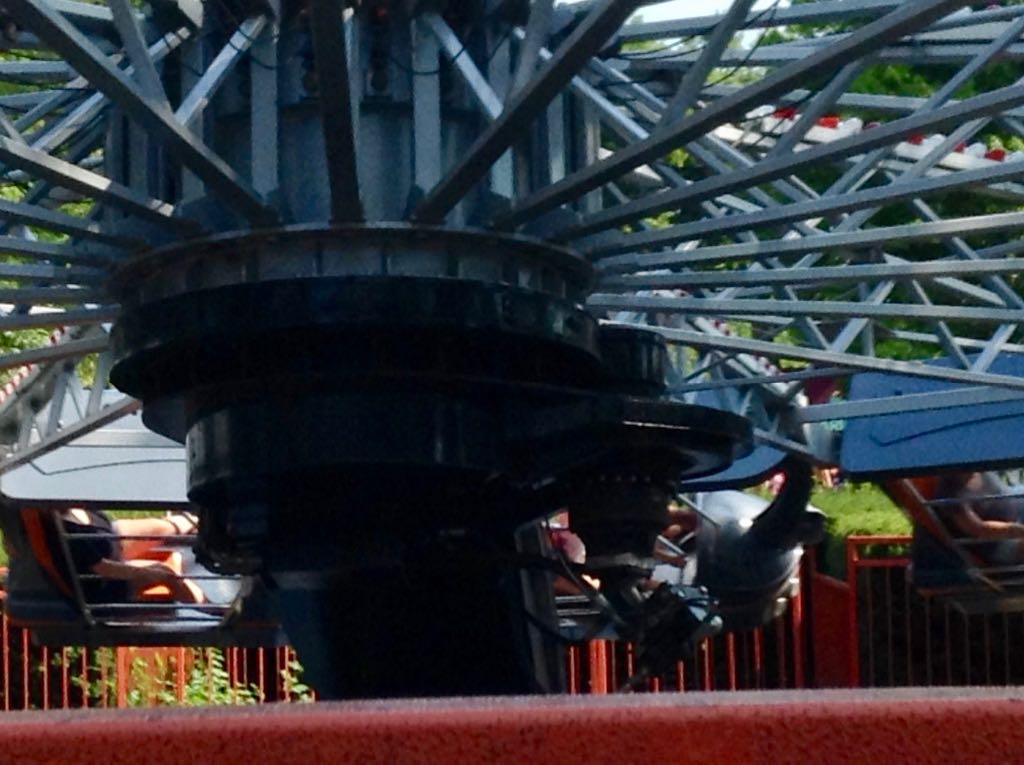 Close-up photograph of the axle and drive mechanism for the ride. 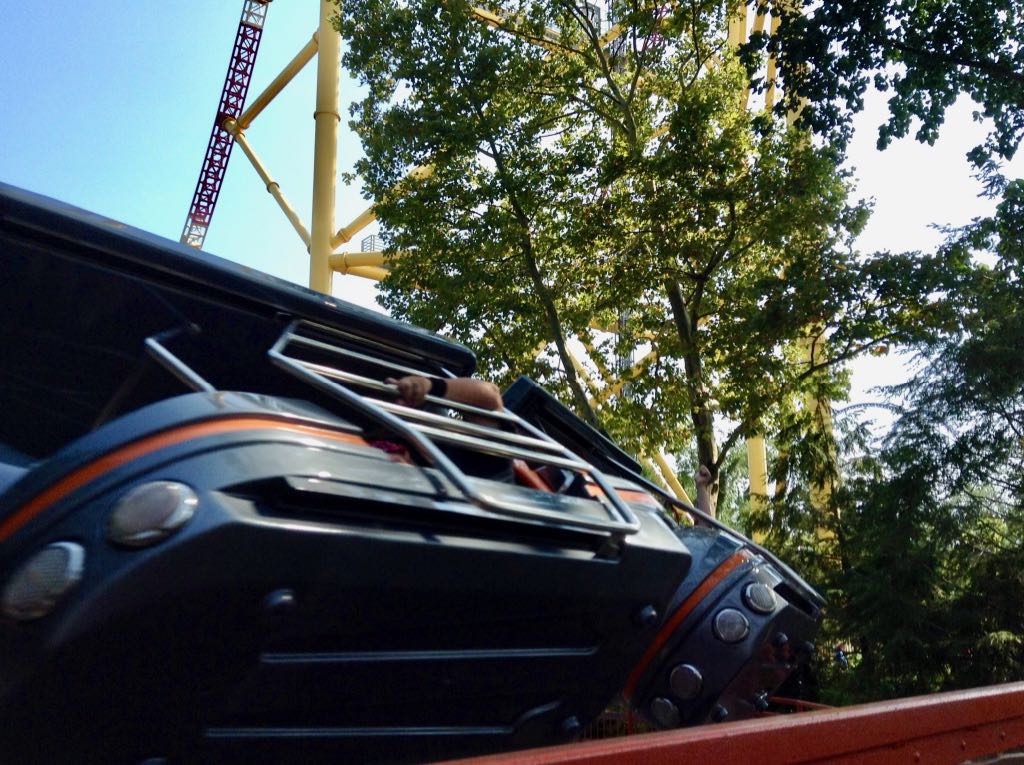 Witches' Wheel cars still swinging outward as the ride draws near its end. 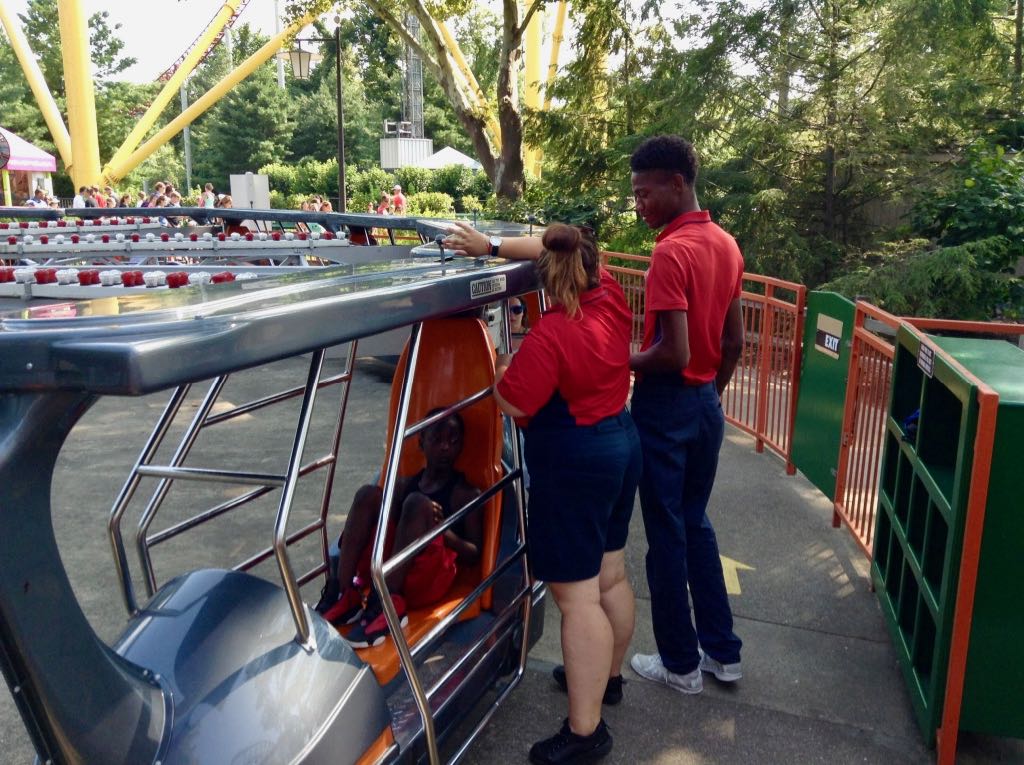 Ride operators come out to let people out of their cars. 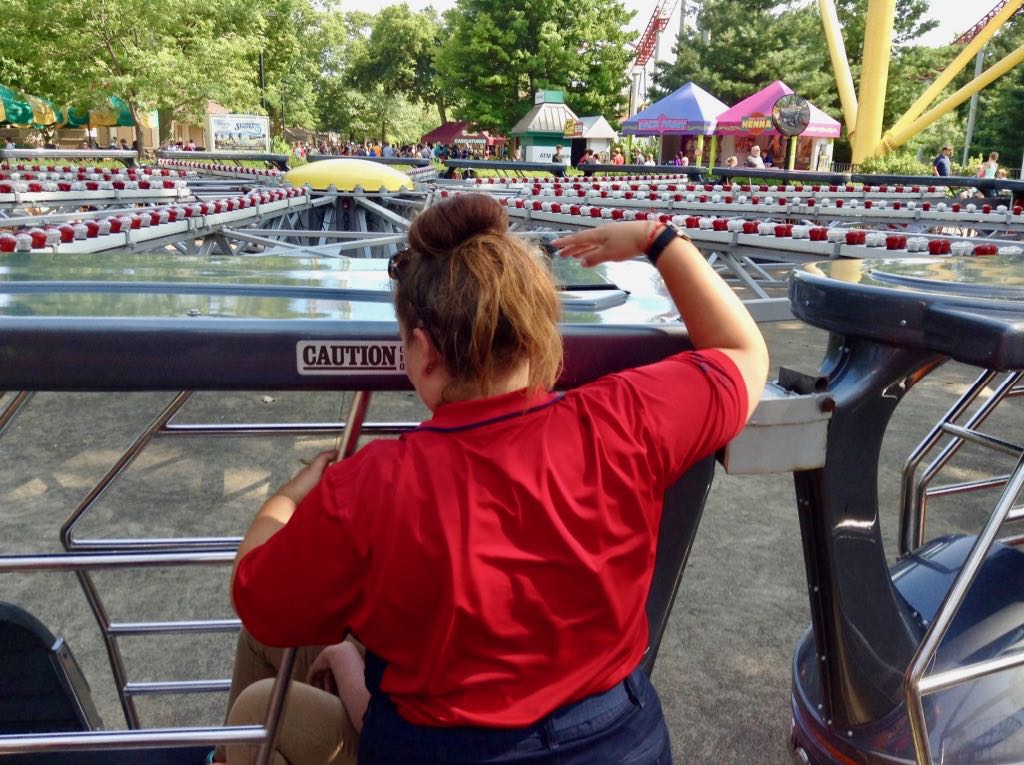 Ride operator letting someone out of the car. 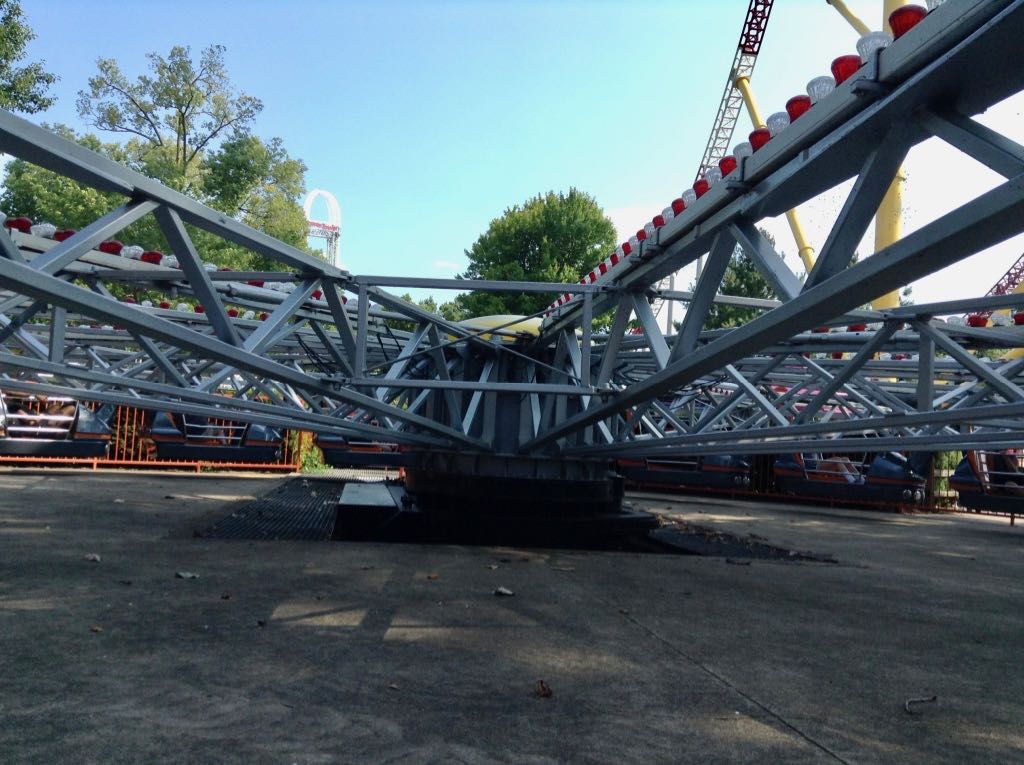 A photograph, taken after the ride was over, of the spokes of the Witches' Wheel. 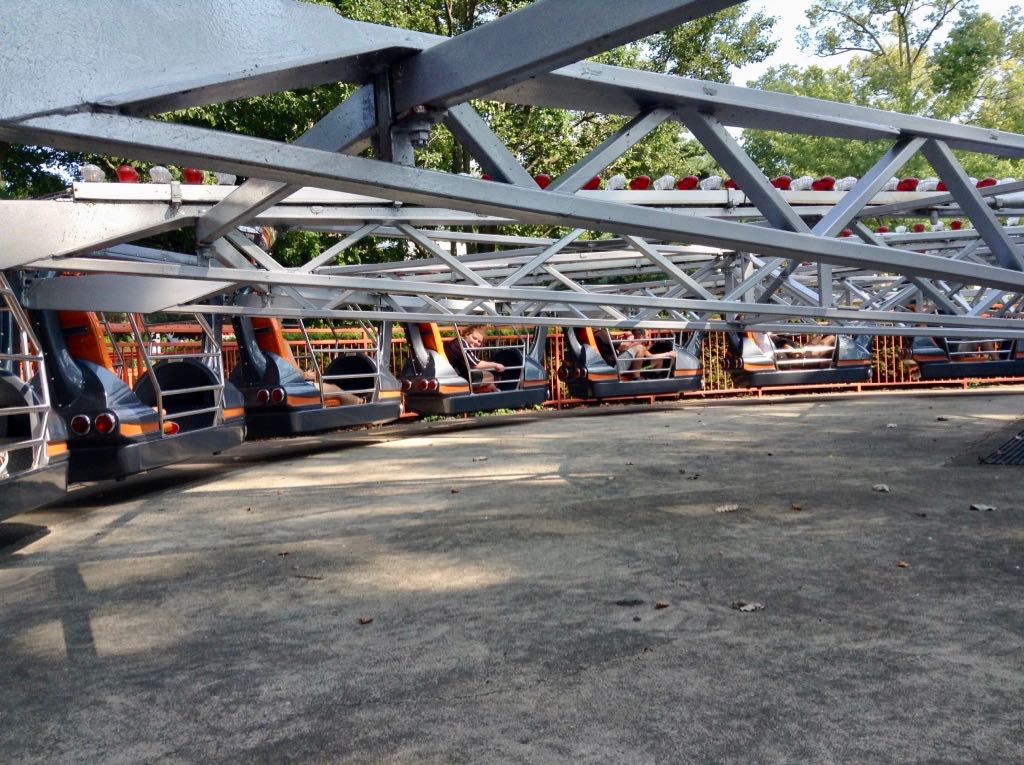 Photograph of the interior side of the ride cars. 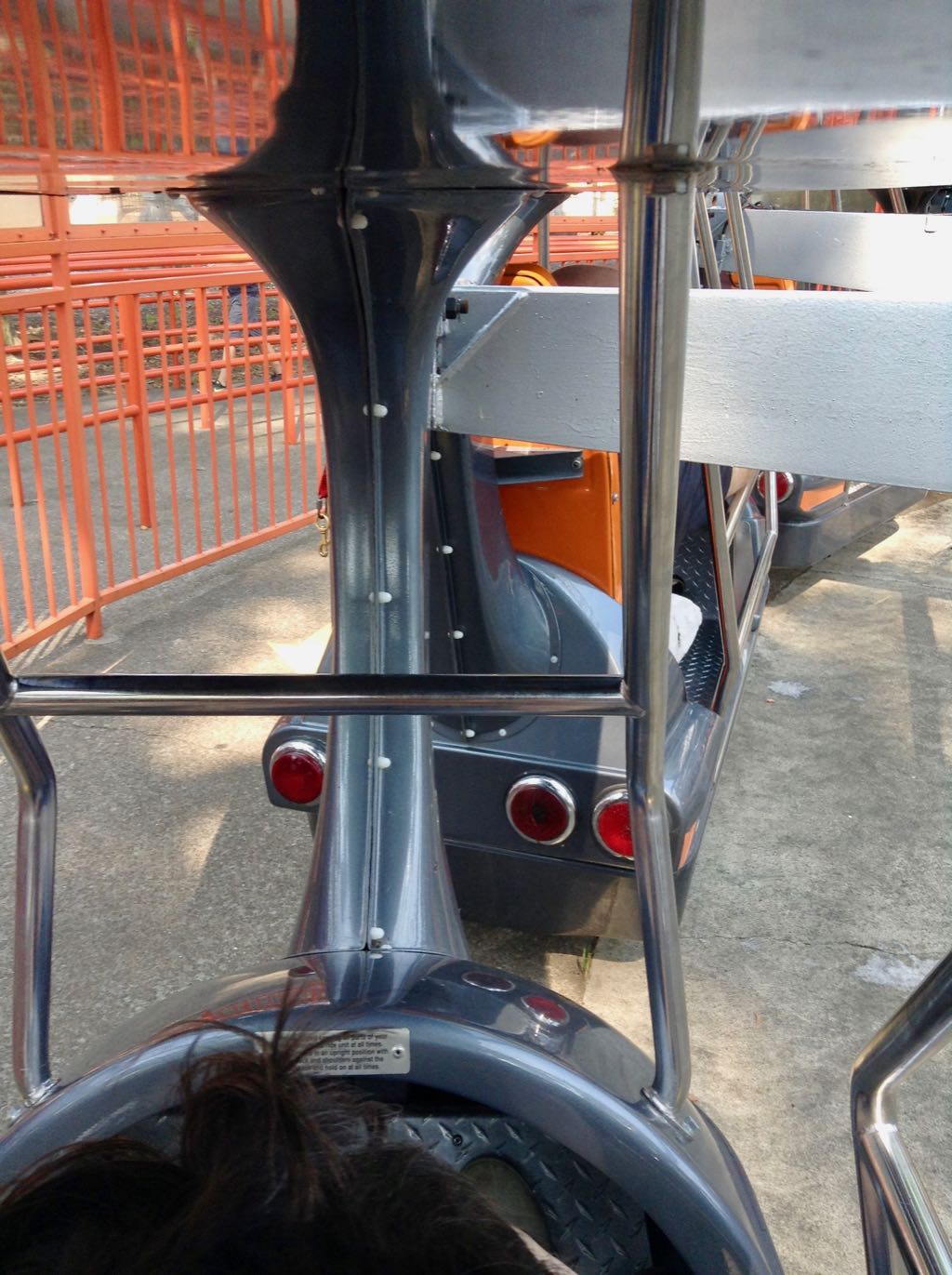 bunny_hugger's hair disheveled by the ride. 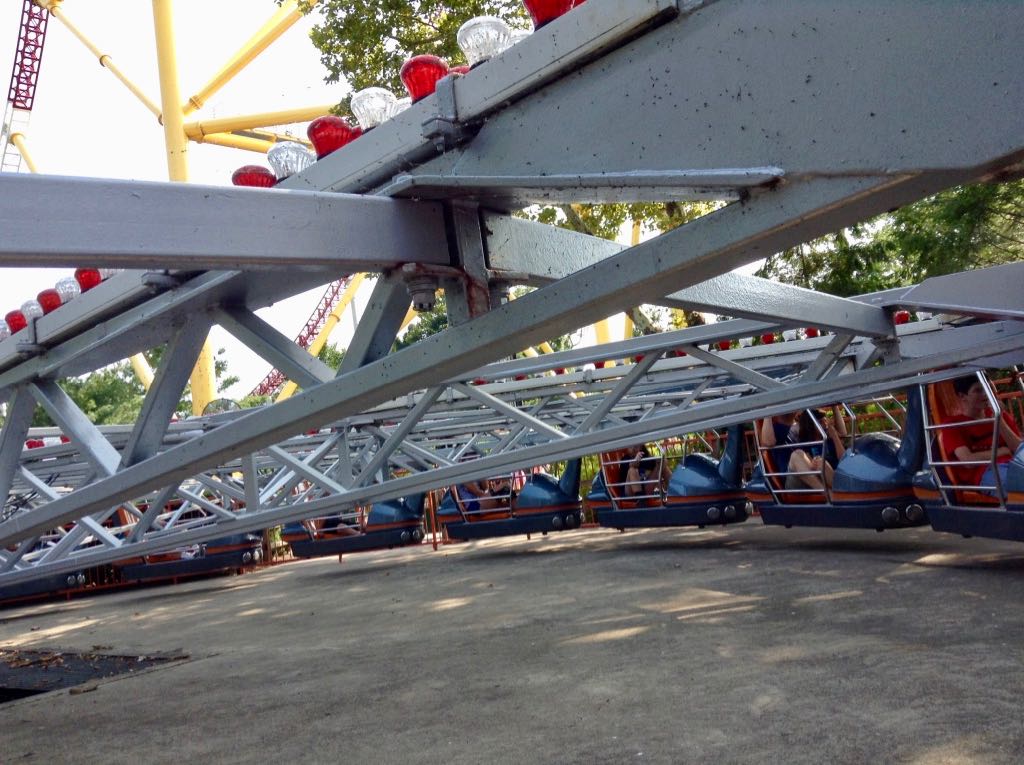 Looking behind our car at the rest of the ride. 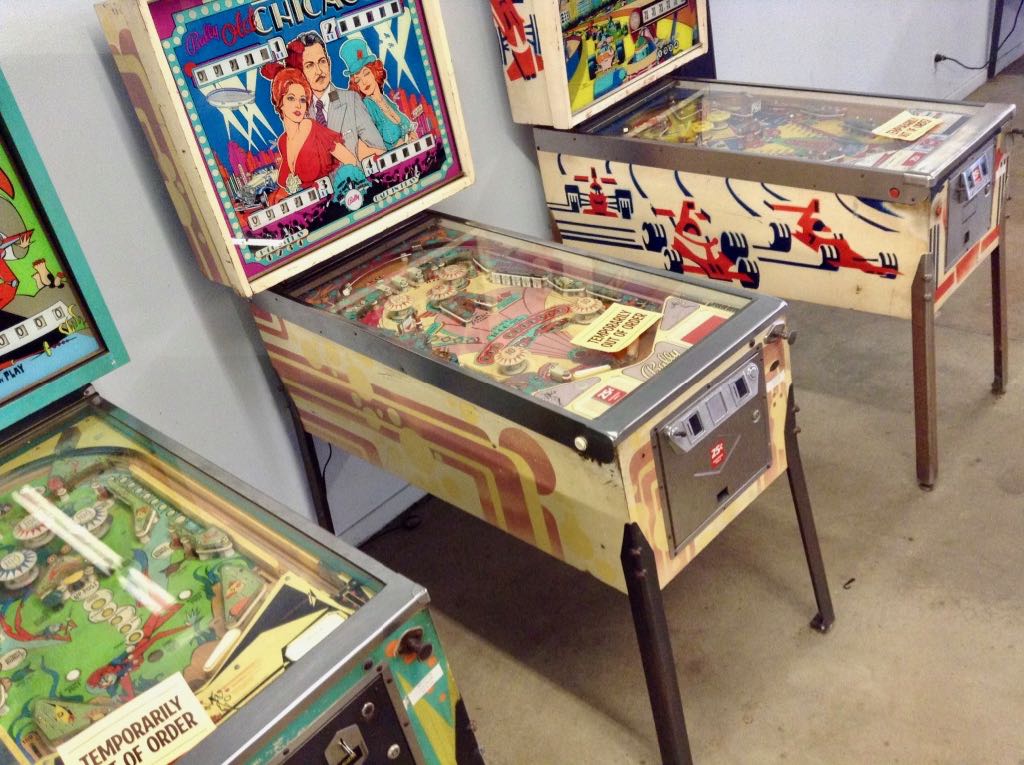 And now over to the Coliseum! Where Cedar Point had its wall of 1970s pinball machines in gradually worsening repair. This visit, all but the two giant Hercules games were out of order. The next time we visited they would be gone, sold off to people who wanted well-worn and worn-out electromechanical pinball machines. 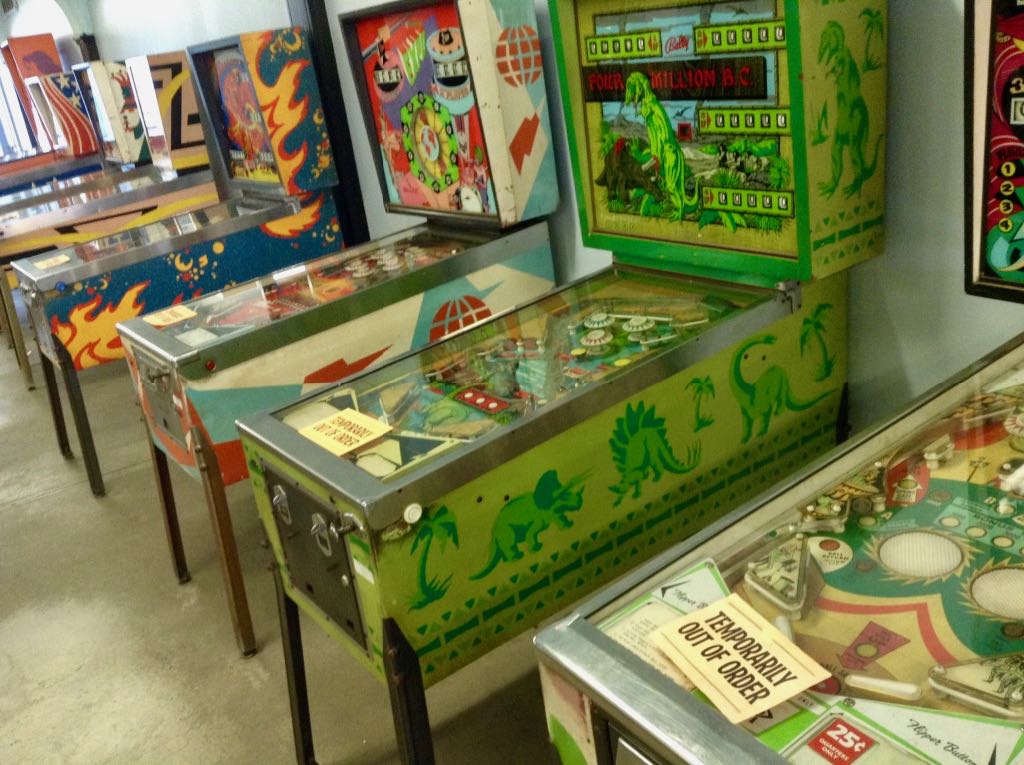 Another look at the row of games, including a Four Million B.C. like the one I set the record on at the Intergalactic Pinball Tournament, except unplayable. 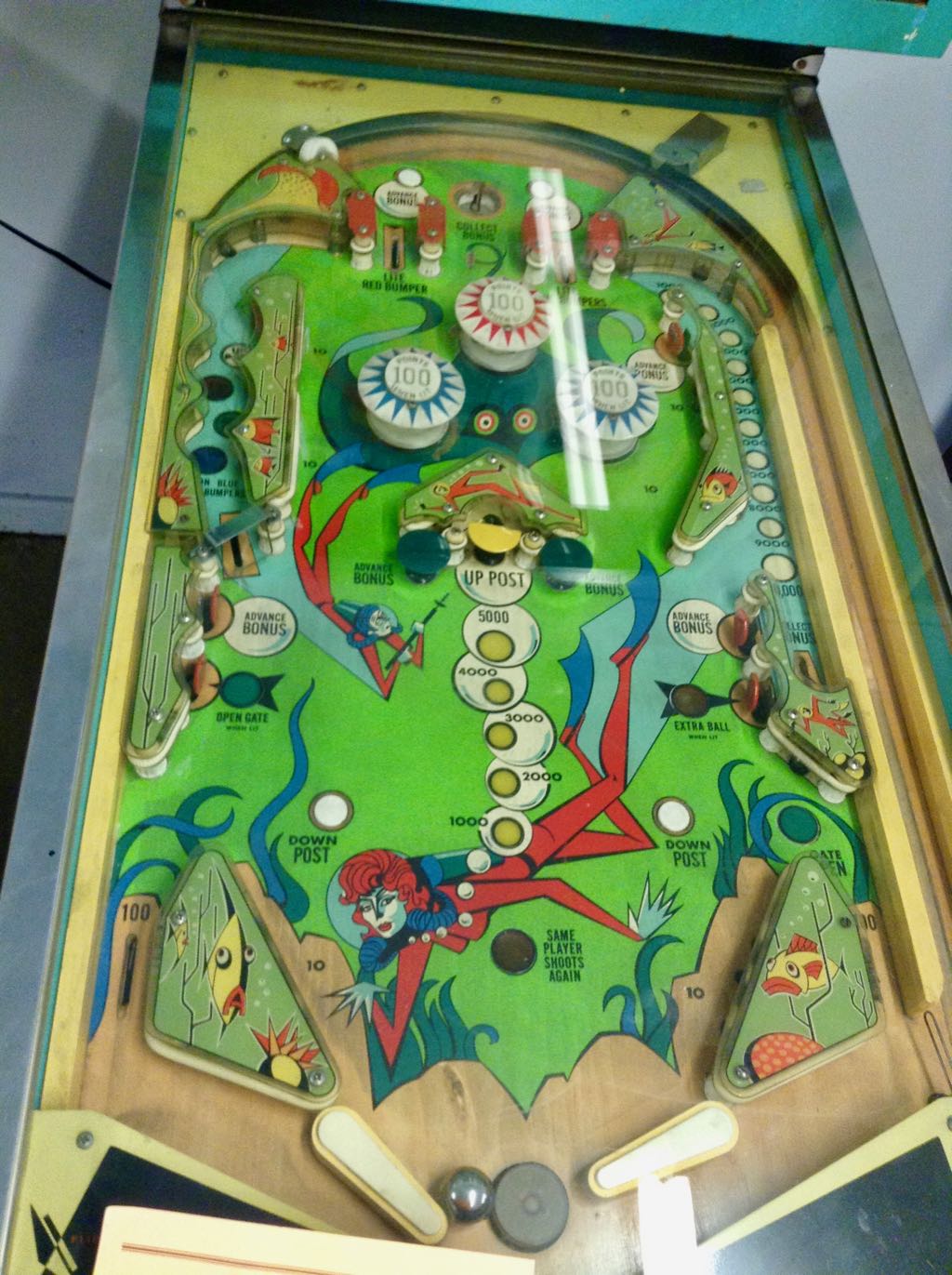 Sea Ray was not working anyway, but even if it was working, boy, that's a lousy spot to have your ball trapped. 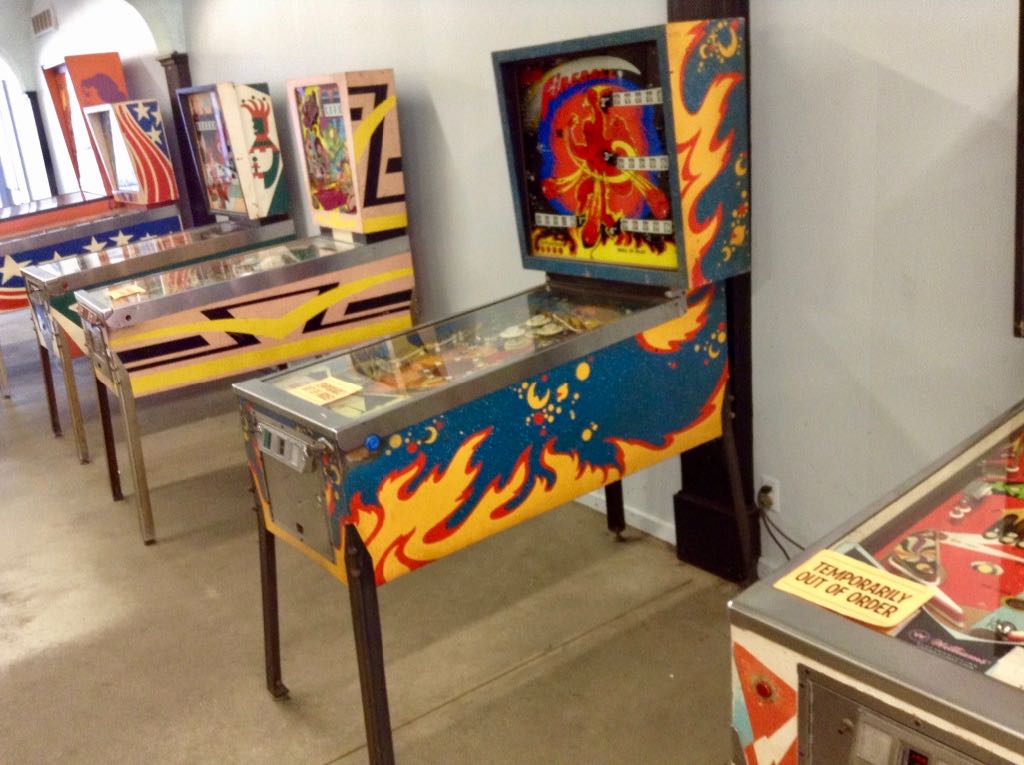 I had taken a picture here of Fireball, but notice over to the right of that another machine that has the pinball stuck between the flipper and the pop-up post at the center. 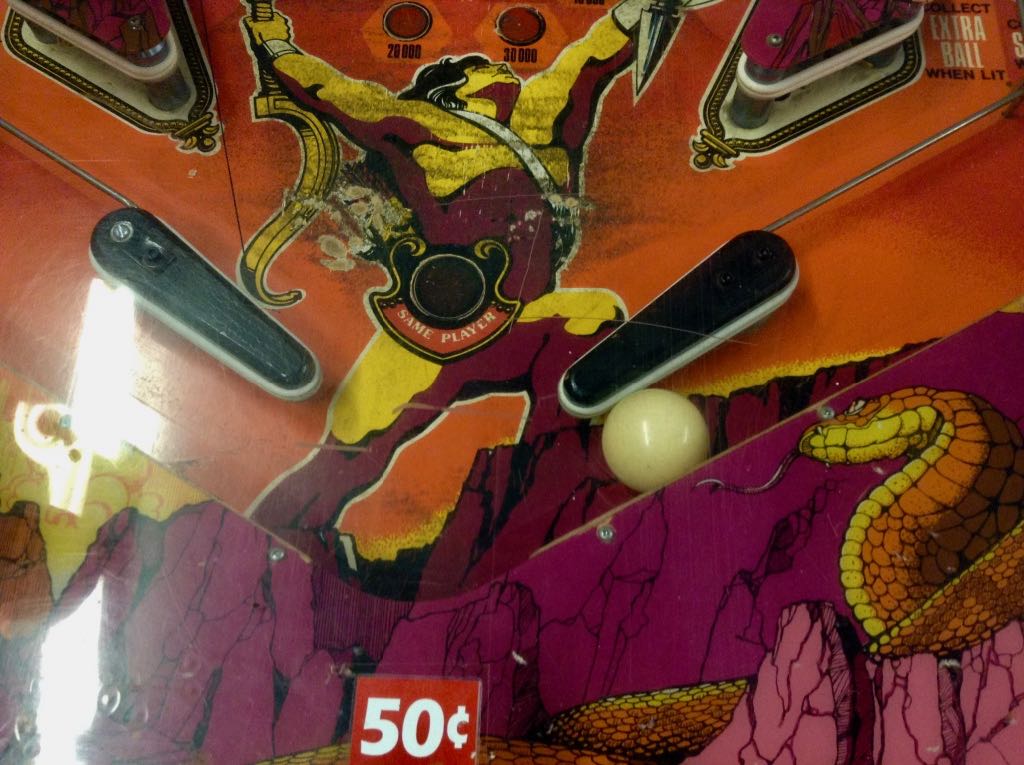 Hercules is a giant-size pinball machine with balls the size of pool balls. And this one somehow managed to get the ball stuck between the flipper and the edge of the bottom there. The flipper has to be hanging low. 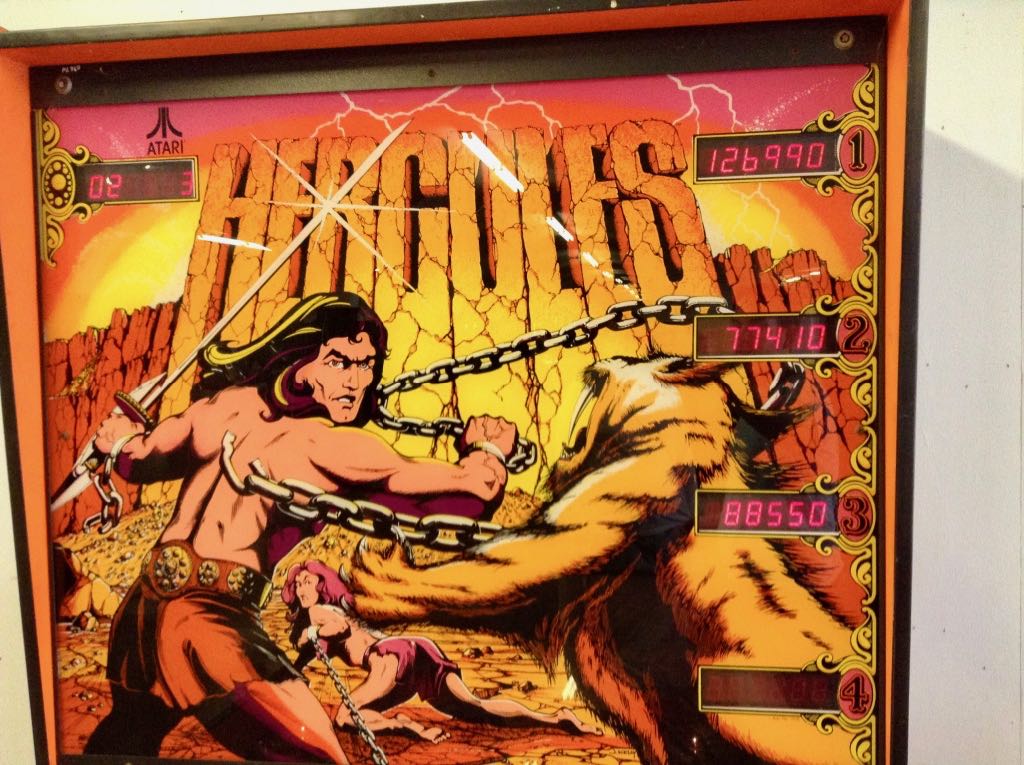 Still, Hercules was as playable as it ever got, and we put up a couple of scores. I don't remember whose was which, or why we played three games (probably it turned out there was a credit on it already; I wouldn't be surprised if there were already three games rung in and we just finished them off), but there we go. Exciting art plus a woman showing off a lot of rear end. 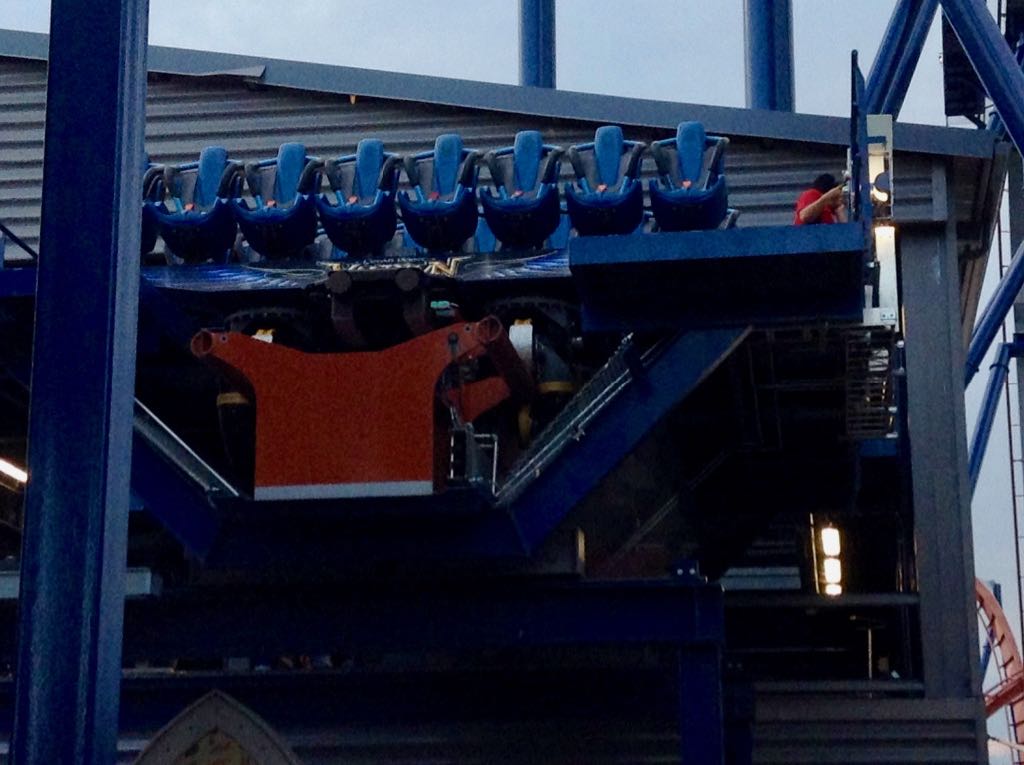 Back to the rides! ValRavn, here, has a train being brought onto the track.

PS: Reading the Comics, April 6, 2020: My Perennials Edition as I get around to explaining that this comic strip is about a kid giving a silly answer to a word problem.