Why, it's a dream come true

On my mathematics blog I've been posting the monthly readership review later and later in the month. I don't know why that's happening. Also I'm curious that I've been posting slightly more than every other day, considering that I feel so little like writing anything anymore. This past week did have one piece that was just recycling older material, but otherwise, what I had was:

Now, let's close out the Calhoun County Fair, 2018 edition. Anyone want to bet on whether the next pictures are amusement park or pinball? 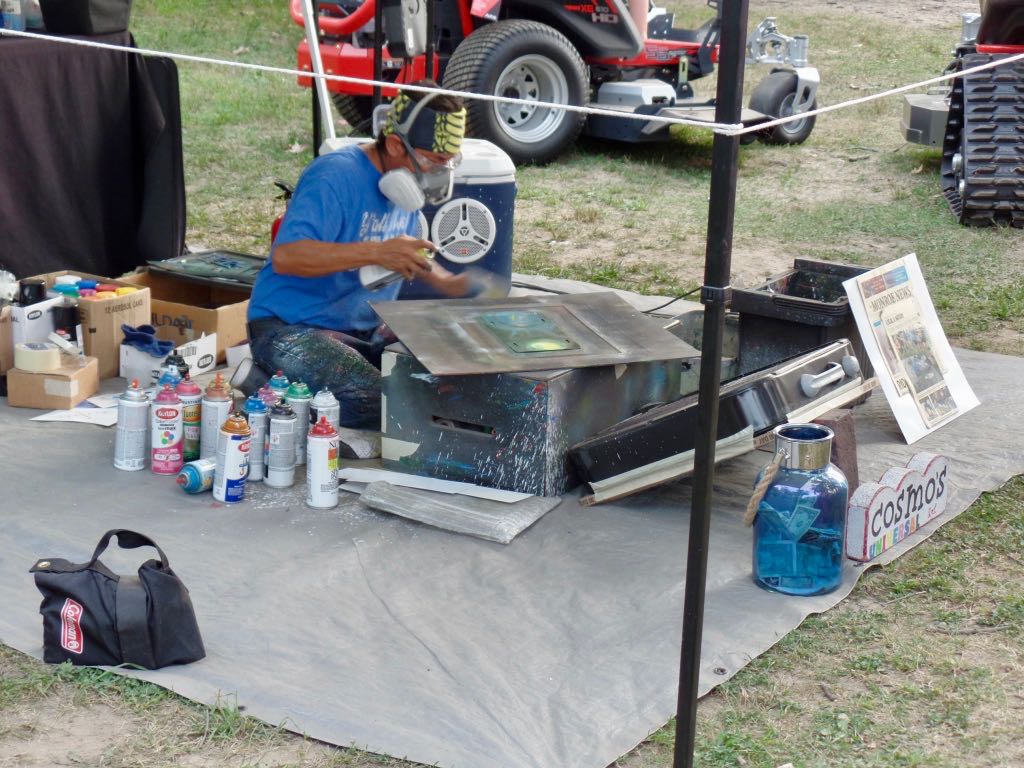 So, no more rabbit pictures because the person watching them complained about my camera's flash. It wasn't flashing and couldn't have been, as the flash component was down. But I'm also not looking to cause trouble. Anyway, oh, here's someone doing something pleasant with license plate art, let's see how that spray painting develops. 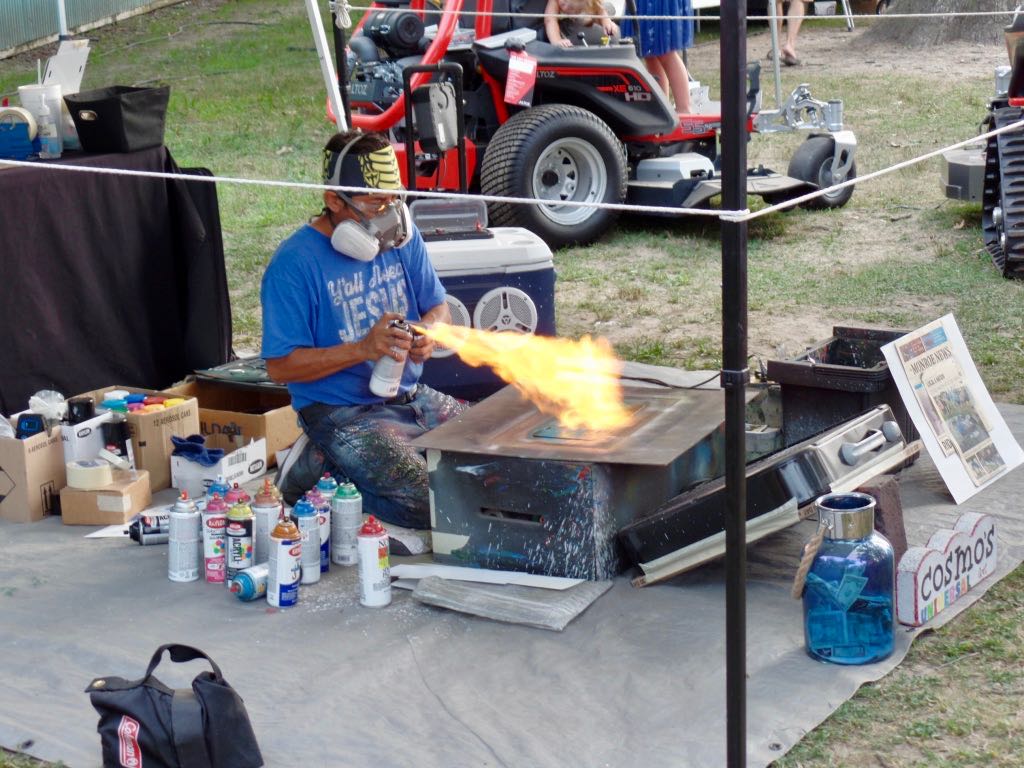 Oh! All right, he paints with fire, that's a thing then. 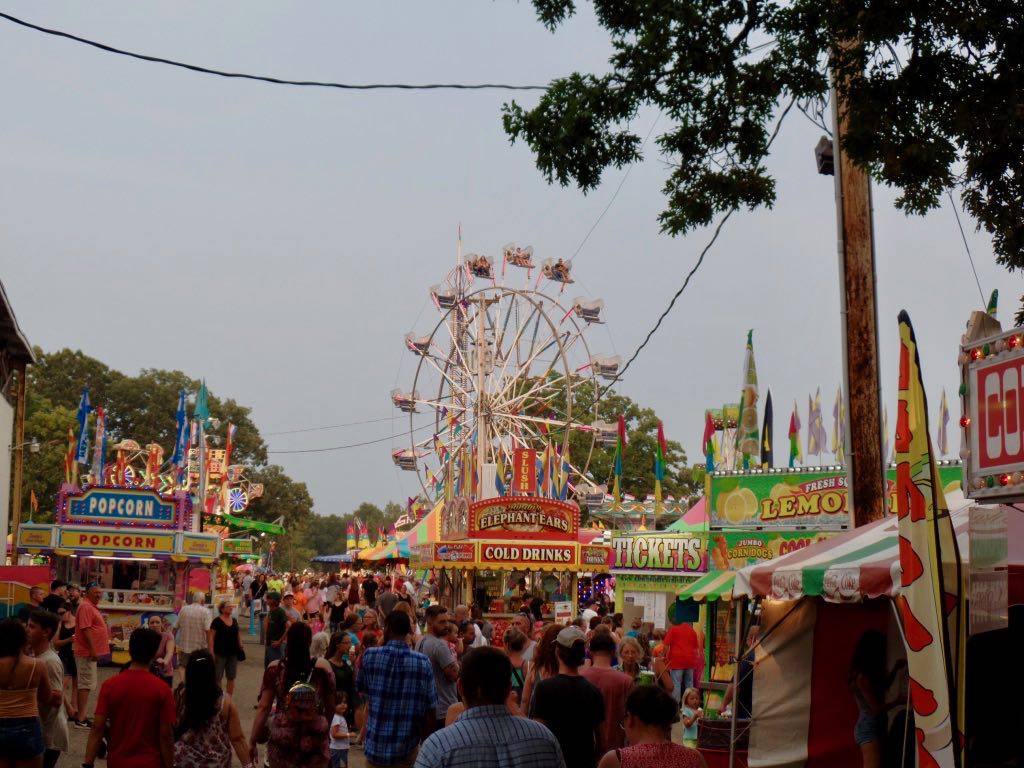 And of course an important part of the Calhoun County Fair is getting to the rides. Here's a late-afternoon look at that. 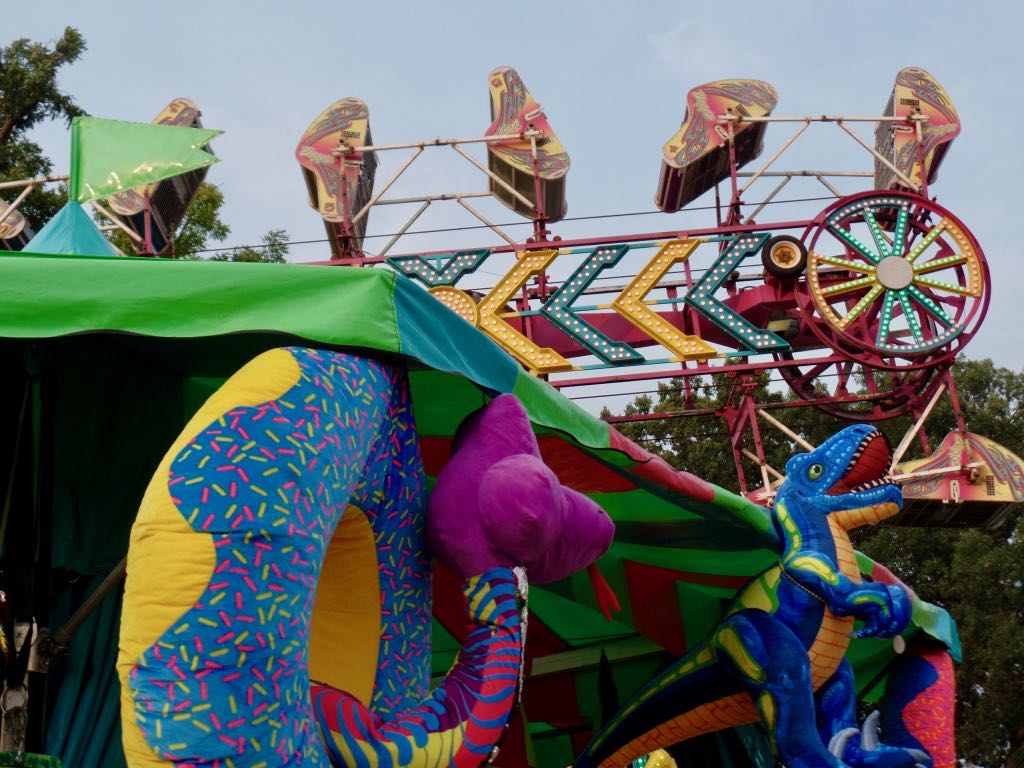 Another Zipper that we didn't ride, along with a good-size plush dinosaur in the foreground. 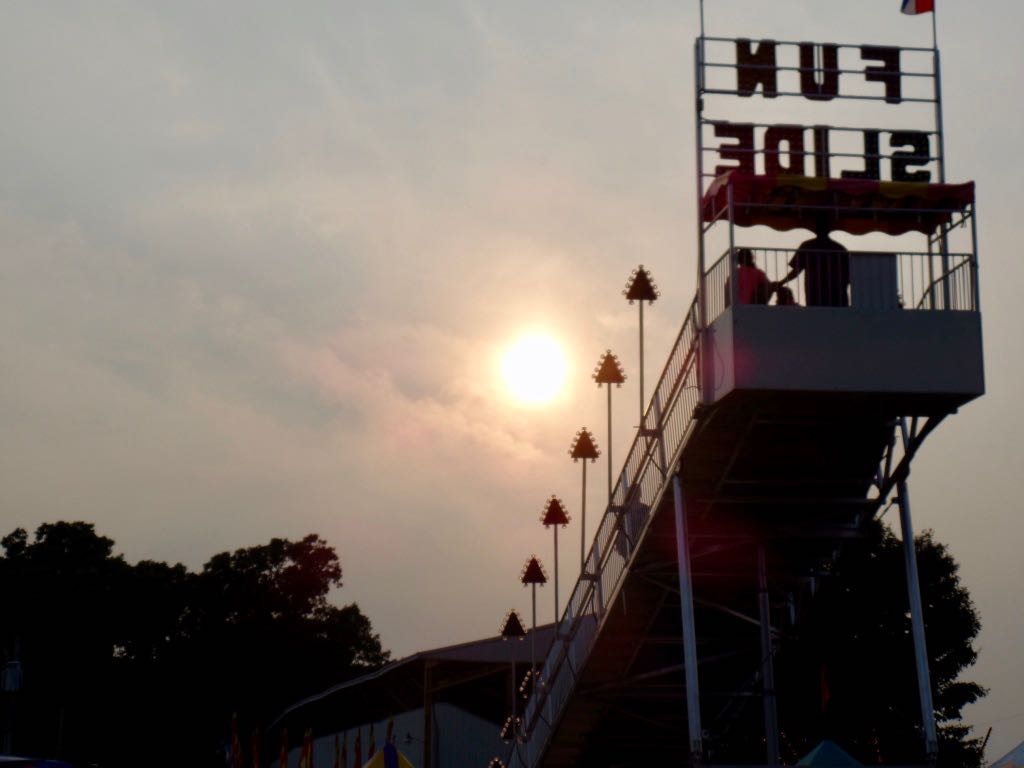 Hey, the Nuf Edils looks pretty taerg in the sunset. 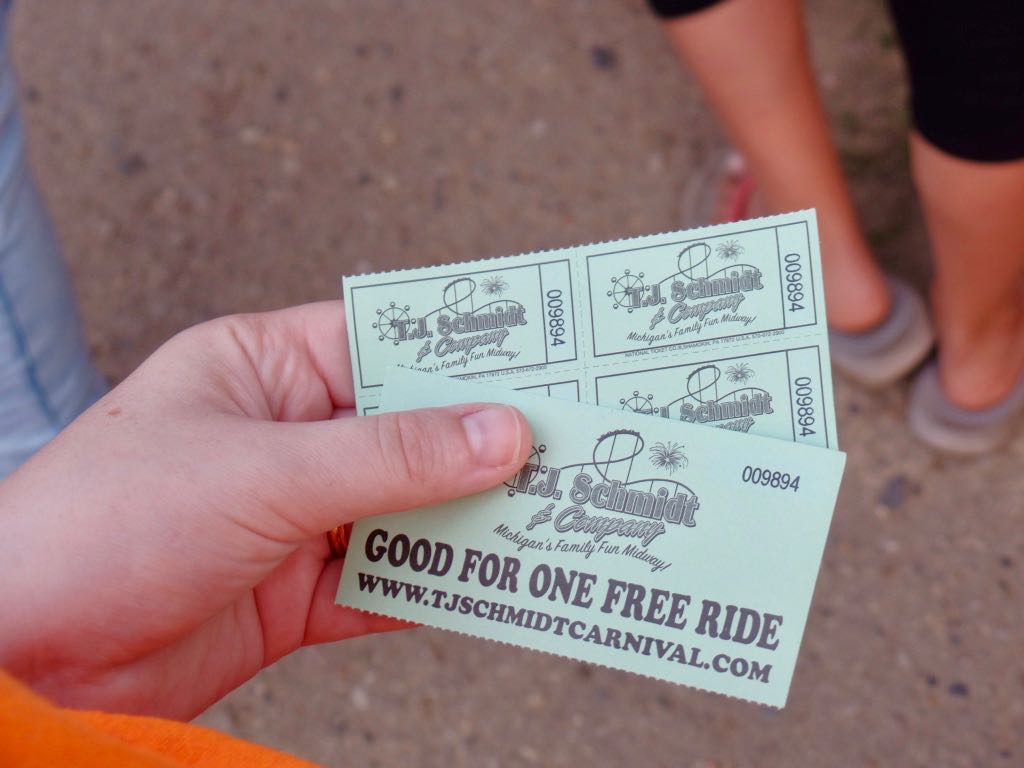 We didn't think it worth buying pay-one-price wristbands, so went a la carte instead and got a deal that came with, as you see, a free ride. 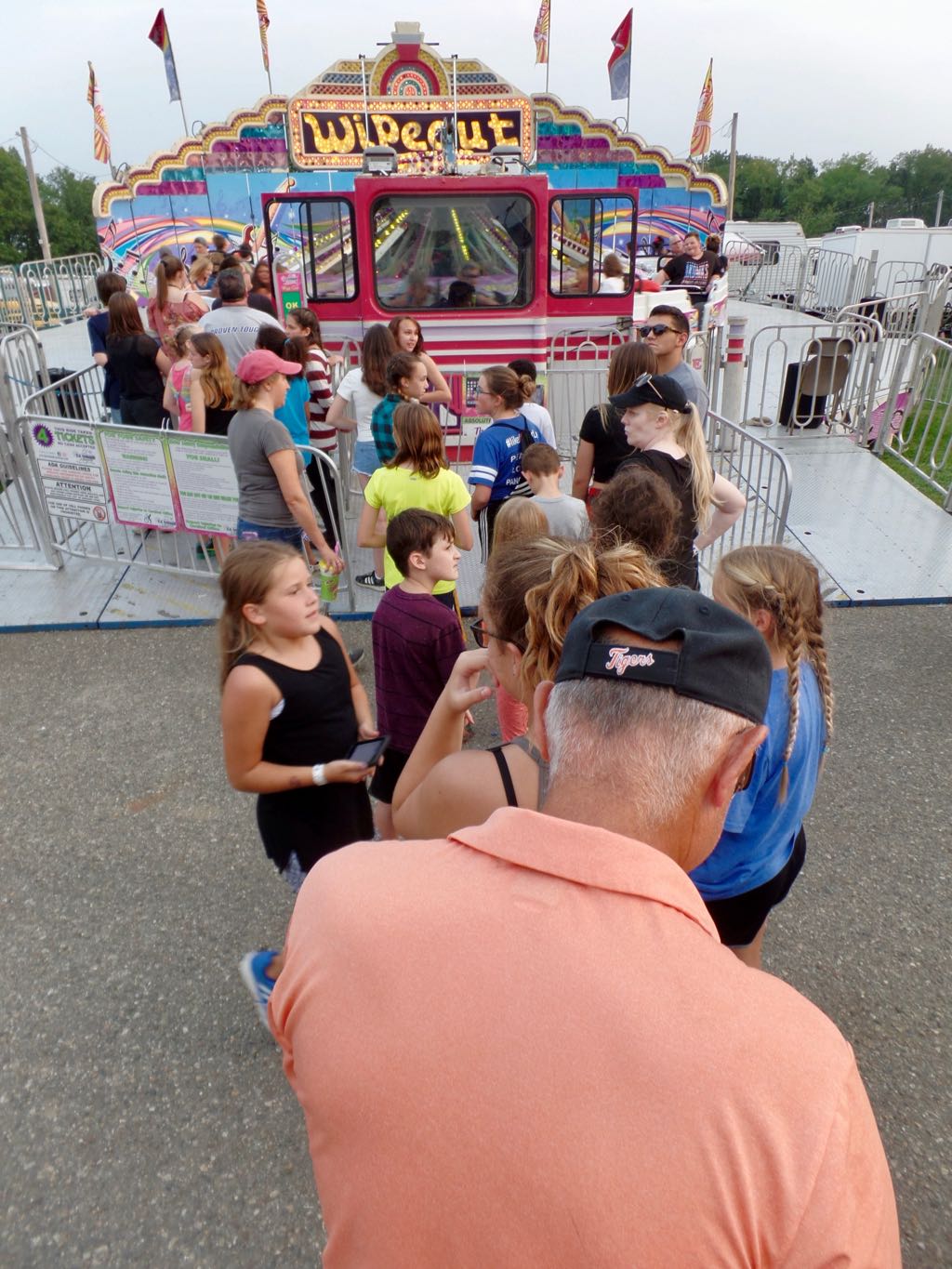 I'm not sure why but I like the look of this queue for the Wipeout. 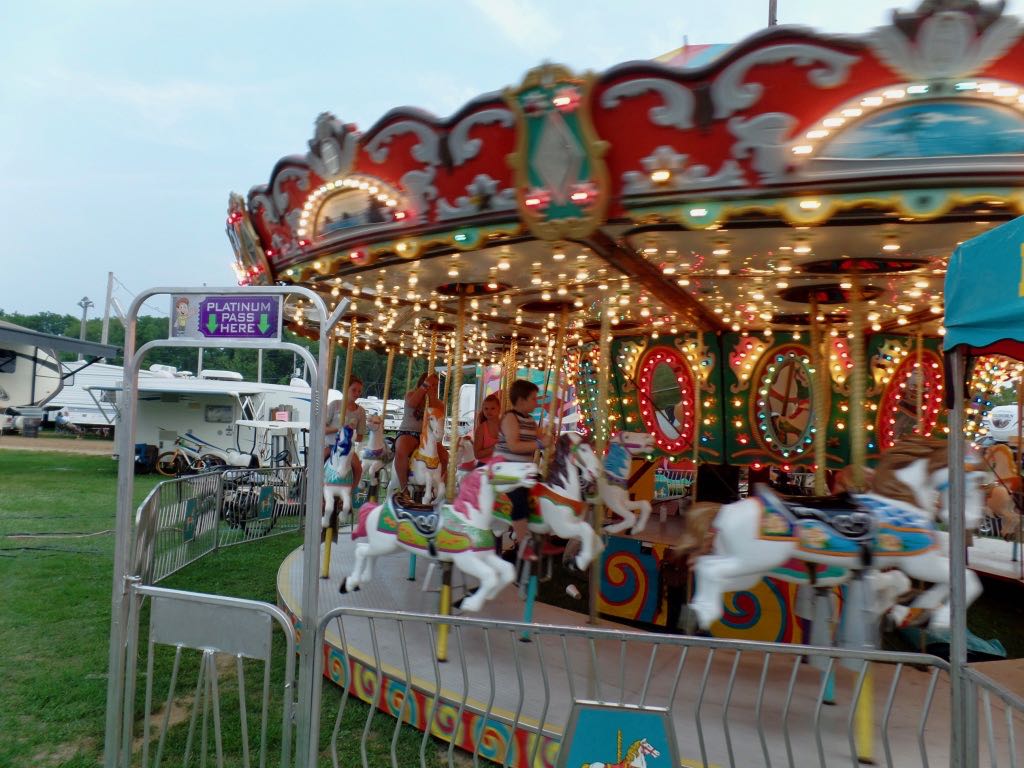 The carnival now offers line-cutting 'Platinum Passes' for certain rides, including the merry-go-round which is really hilarious. By the way this merry-go-round runs at a solid 5 rotations per minute, which makes it one of the fastest and most thrilling carousels you're going to find. I don't think I've been on a faster one except at Crossroads Village (outside Flint, Michigan), the Merry-Go-Round Museum (Sandusky, Ohio), or the various Derby Racer carousels. A fast merry-go-round is always worth the ride. 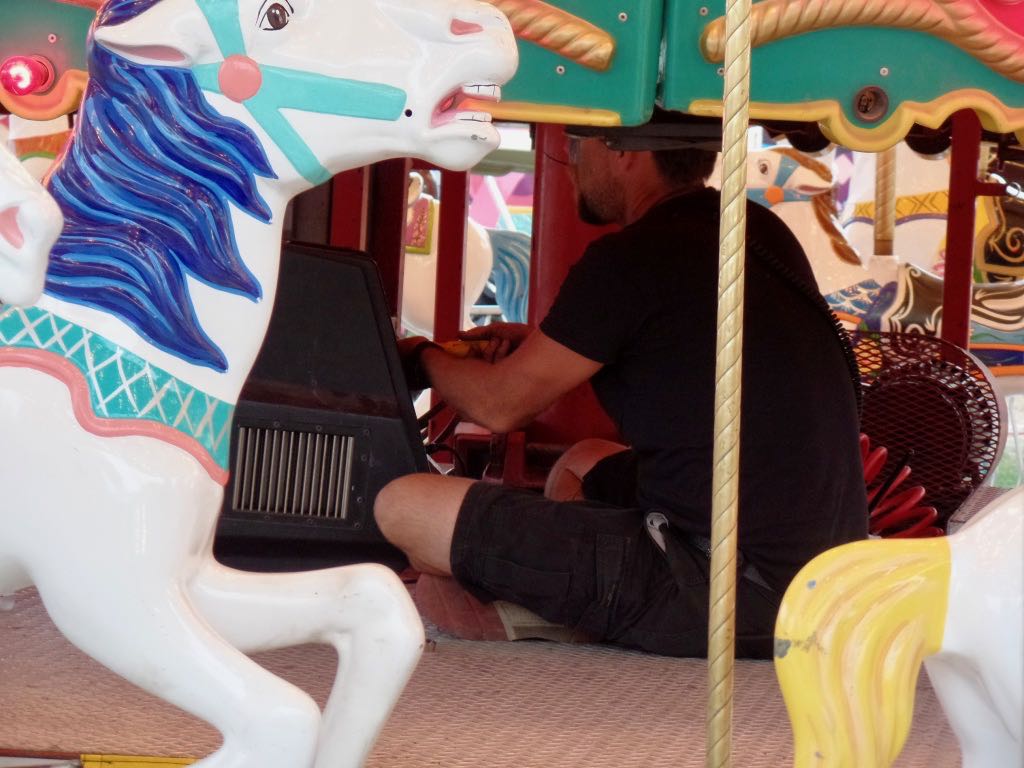 'Course, you get a fast merry-go-round you're going to have to fiddle with the motor some. (This one is also a pretty hard ride, as the horses don't so much move down as KLUNK drop down.) 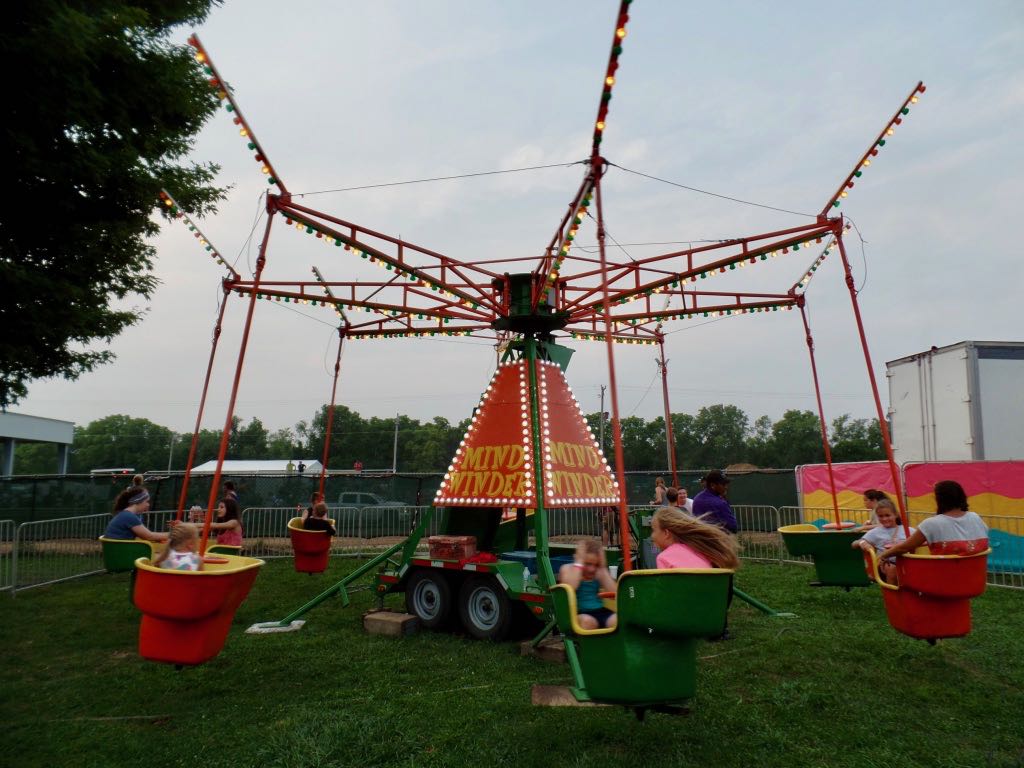 Mind Winder, a little spinning-tubs captive swing-type ride. The shape of the base suggests it's a pretty old ride, here. 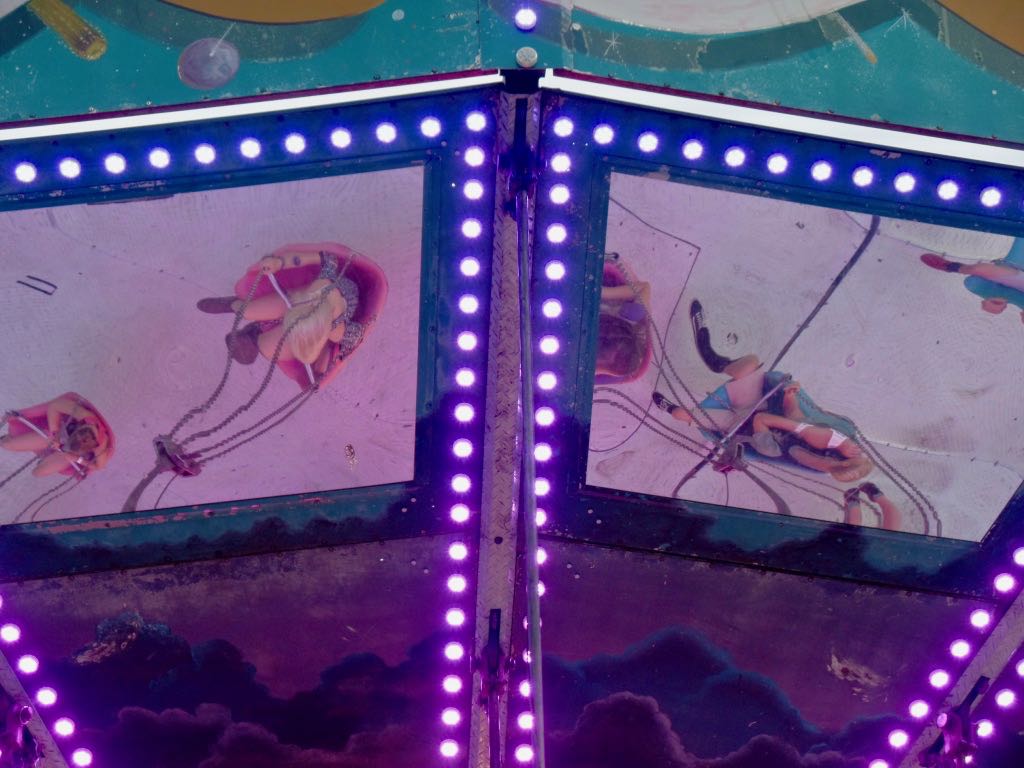 Riders on the normal captive-swing ride as seen, distorted, in the ride's mirrors up to. Those chains are, in reality, basically straight. 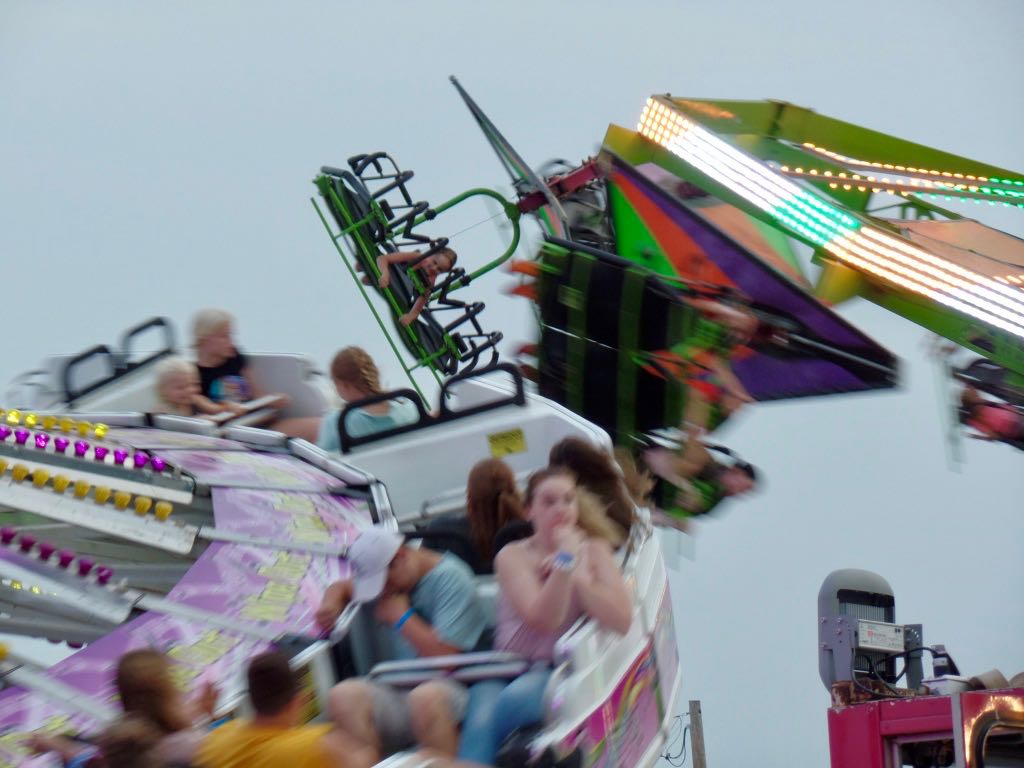 Wipeout and hang-glider ries both in motion; they're not as near as the photo makes them appear, but they are still fairly close-together things. 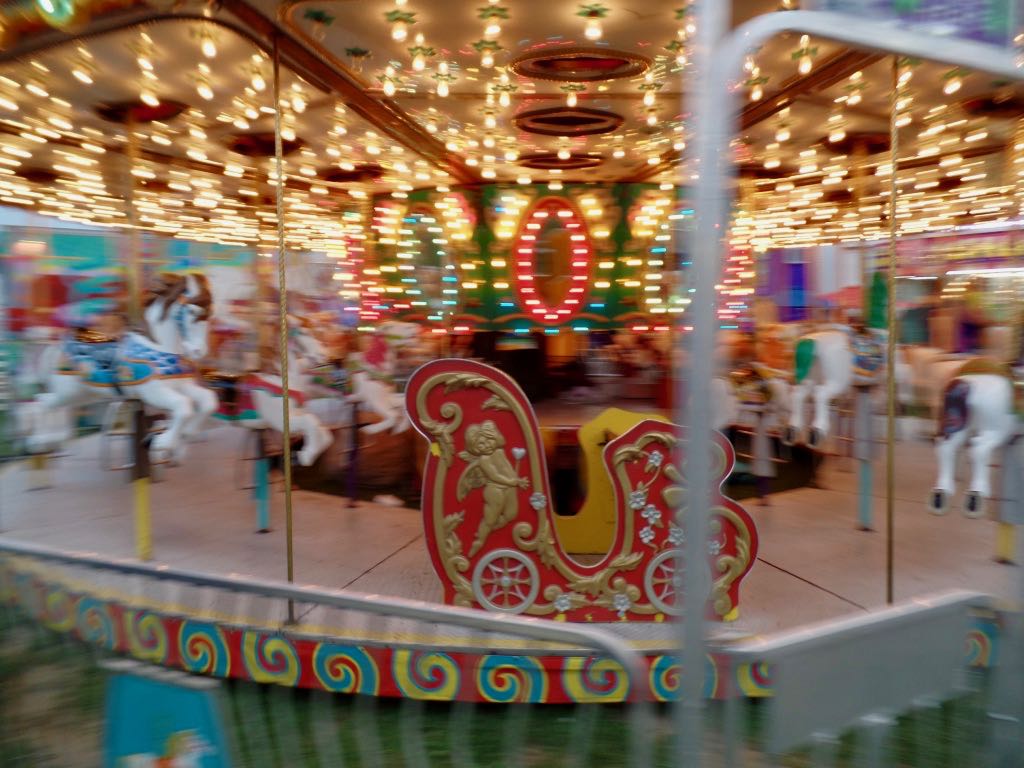 And I get my one good motion-blur picture of the carousel in motion for the night.

Trivia: At his death J P Morgan's estate (excluding the art collection) was an estimated $68 million, startling everyone by its smallness compared to expectation. (Andrew Carnegie had made $225 million selling his stell business to Morgan's US Steel conglomerate.) Source: The Money Men: Capitalism, Democracy, and the Hundred Years' War over the American Dollar, H W Brands.