bunny_hugger made some masks, out of a sacrificed T-shirt, for times we need to go into a store, now that this is a recommended good practice. But she did order some masks off Etsy, ones with nice patterns and all. How, you may ask, could this go wrong? And in what ridiculous ways?

The less ridiculous way was the mask she ordered for herself. She'd ordered one with a rabbit pattern because duh. When it arrived, though, the pattern was ladybugs. The seller's site had a note that the rabbit-pattern fabric wasn't available so she was making a substitution. It also had comments from people who did not know there was going to be a substitution, and were upset. I can't fault someone making a substitution for unavailable materials, but I would think it good practice to contact the buyer and ask if the substitution is all right, or if they'd rather have a refund, or wait until some other fabric was available.

bunny_hugger bought it and then, later, realized that for some reason the shipping address was not our home. Somehow, the Etsy-Paypal complex decided her mailing address was the nearby Gamestop. It had actually decided this for both packages, but one of them

bunny_hugger was able to contact the Etsy seller before anything went in the mail. For the other ... my mask was destined for a Gamestop in a shuttered mall.

So, I called. Gamestop wasn't open. I called the mall office and spoke with the manager. She said she'd try to contact the Gamestop owner ... and then asked, is this coming by way of the Post Office? Because she has the key for the regular mailbox and could just give me the package. It was going by regular old post office, so, great. We just had to wait for it to arrive, Thursday or Friday, and for her to make a trip into the mall and pick it up. This she did, and she phoned to ask where we were so she could deliver it. I offered, several times, to go to the mall and pick it up from there, but she didn't think that a good idea. So that's how, early Friday afternoon, someone I didn't actually know came up to our door, set a package on the doorstep, knocked, and retreated back to her car. The package, by the way, was addressed to Gamestop, with not a trace of either of our names on it and there is just so much of this that doesn't make sense, including all of it.

But! It arrived, safe and sound. And now I have a face mask. One with a raccoon pattern, featuring something like a half-dozen raccoons hanging out in the shrubs. Wore it for the first time to the Asian grocery to buy ramen packs, which have more or less restocked to normal; when the quarantine began they were badly depleted. So things are looking more all-right-ish for now.

Trivia: England's Queen Elizabeth I wrote her first letter to the Ottoman Sultan in 1579, incidentally describing herself as ``the most invincible and most mighty defender of the Christian faith against all kinds of idolatries, of all that live among the Christians, and falsely professe the Name of Christ''. Source: Worldly Goods: A New History of the Renaissance, Lisa Jardine.

Currently Reading: The Clone Rebellion, Evelyn Lief. On the title page as Book One of the Clone Chronicles, by the way, although if another book came out in the series the Internet Science Fiction Database doesn't know of it.

PS: So our next big thing was ... oh, I'm sorry, it was neither an amusement park nor a pinball thing. It was our trip to the Keweenaw Peninsula, at the northern end of Michigan's Upper Peninsula! Get ready for a lot of pictures of stuff we took ore from! 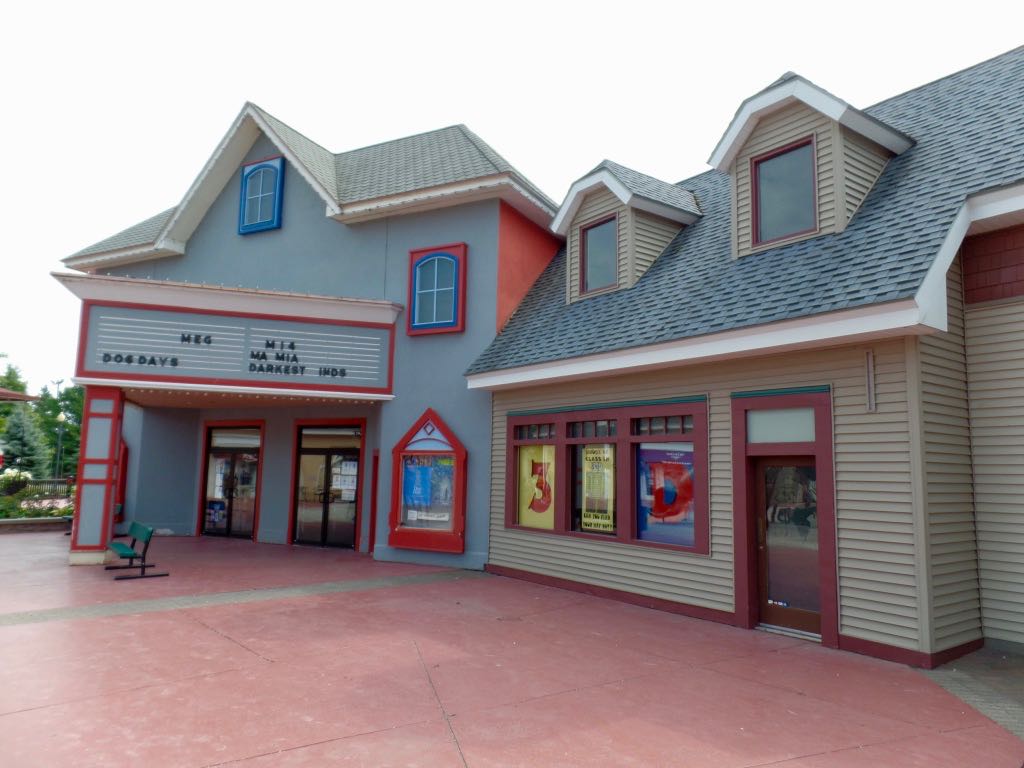 Our first big stop, besides lunch, was Mackinaw City, just south of the Mackinac Bridge. It's a heavy tourist town with a great, well, shoreline feel. We walked around for a bit to enjoy the sights, such as this adorable little theater showing a bunch of movies that we'd later hear about on the Flophouse podcast. 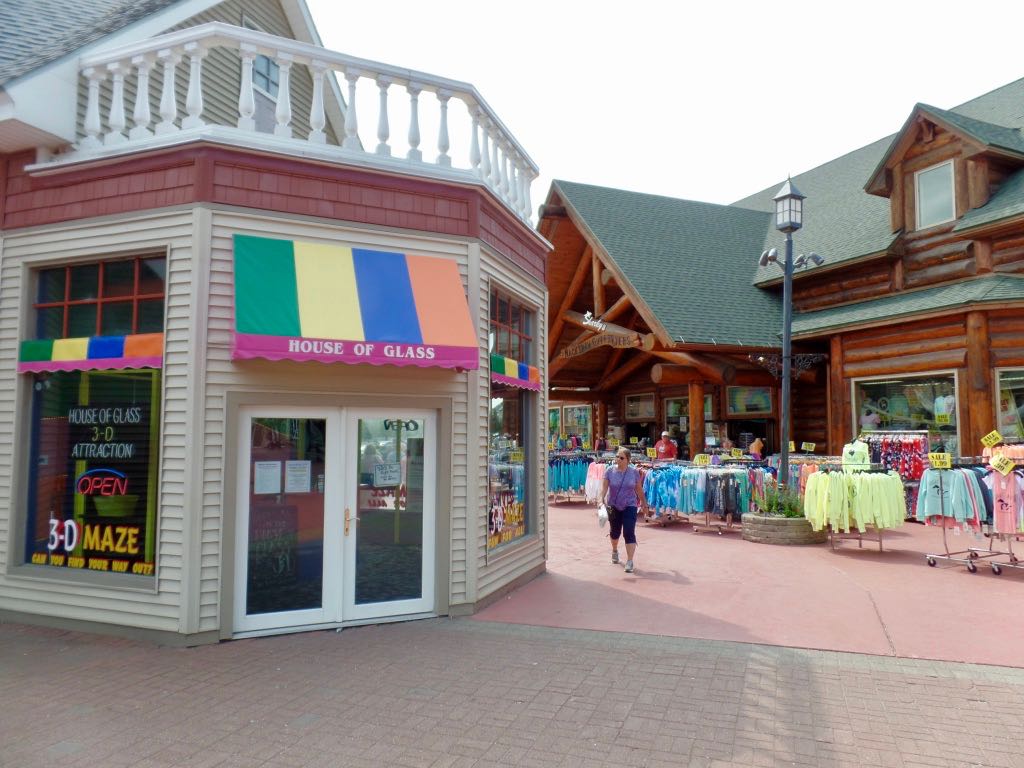 Did not know New Wave pop star Blondie had gone on to run a maze attraction in Mackinaw City. 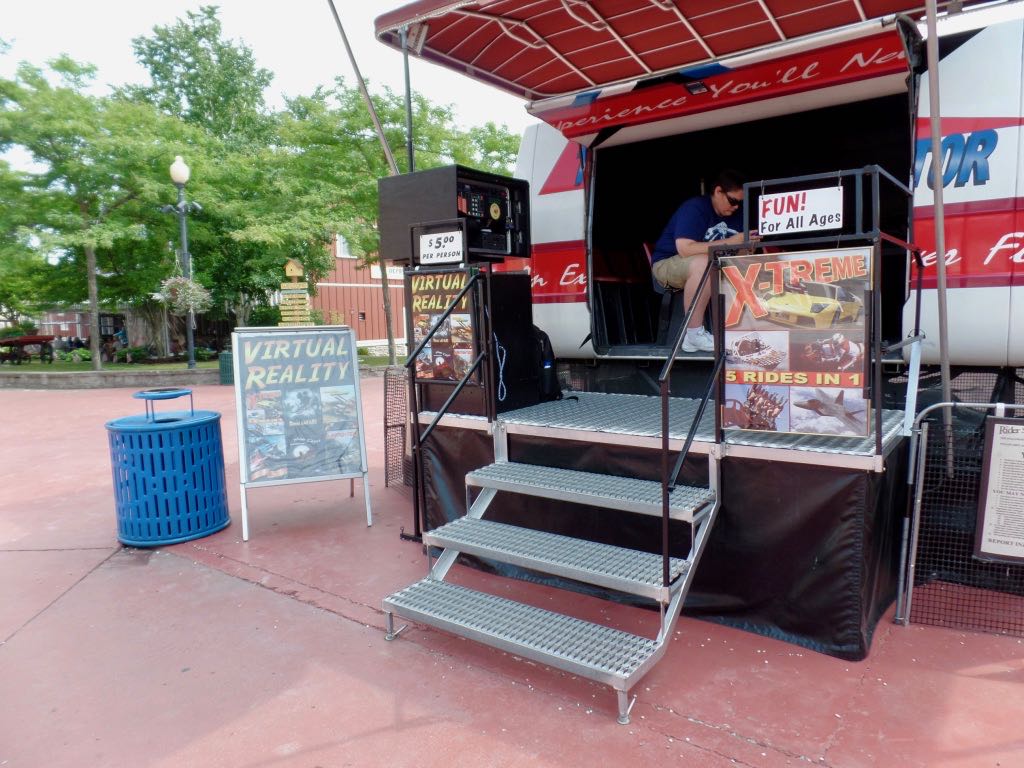 So, hey, virtual reality simulators were still a thing and still fun! for all ages. 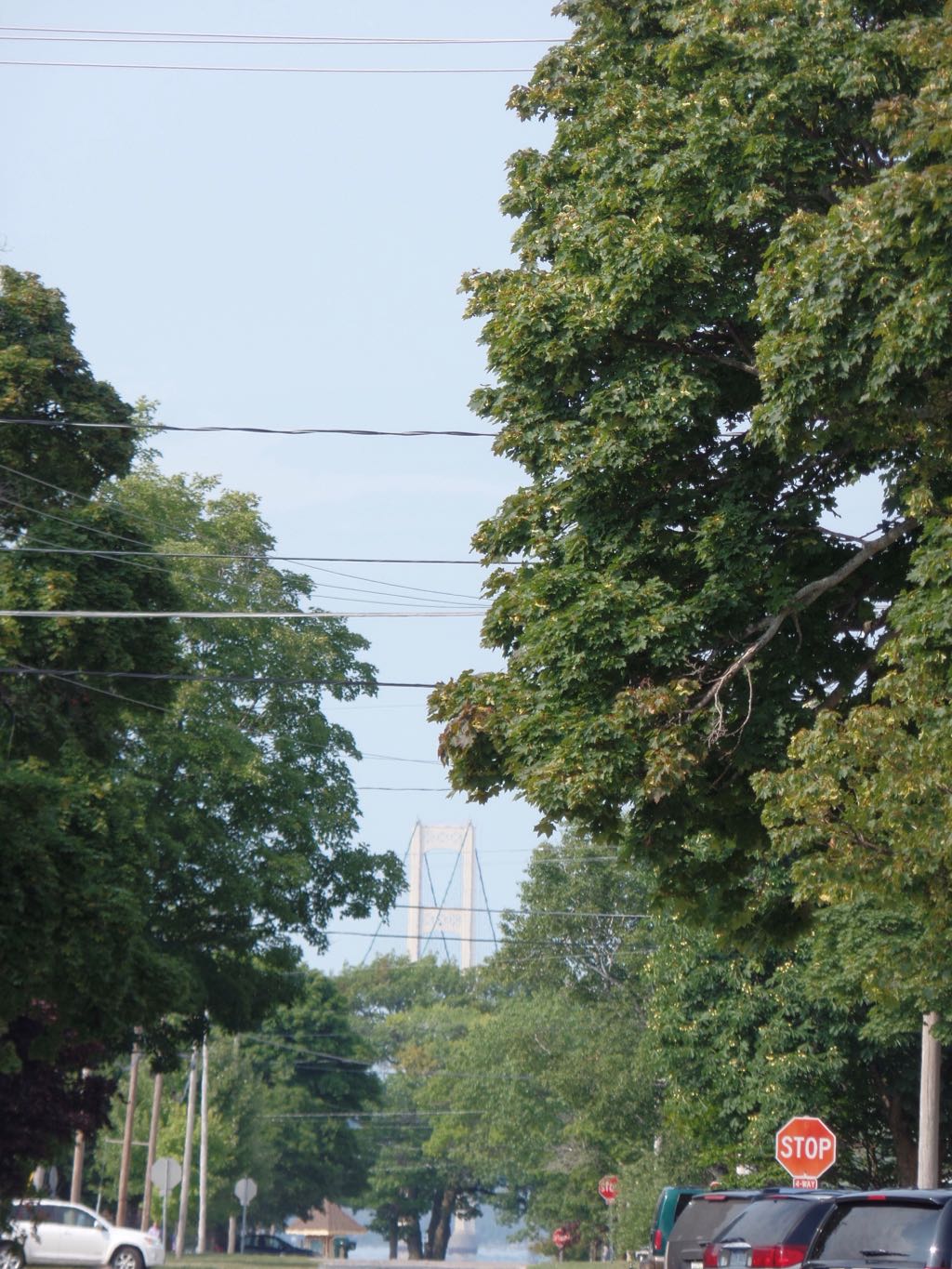 A first look at the Mackinac Bridge seen from the end of that little mall we were at.