They start to sing

Hey, do you read the story comics, but want to read them less? I can tell you What's Going On In Alley Oop (Sundays)? How does Little Alley Oop time-travelling fit continuity? It's a recap of three month's worth of Sunday strip plots.

Now let's get ready to go down the Quincy Mine, from our Keweenaw 2018 visit. 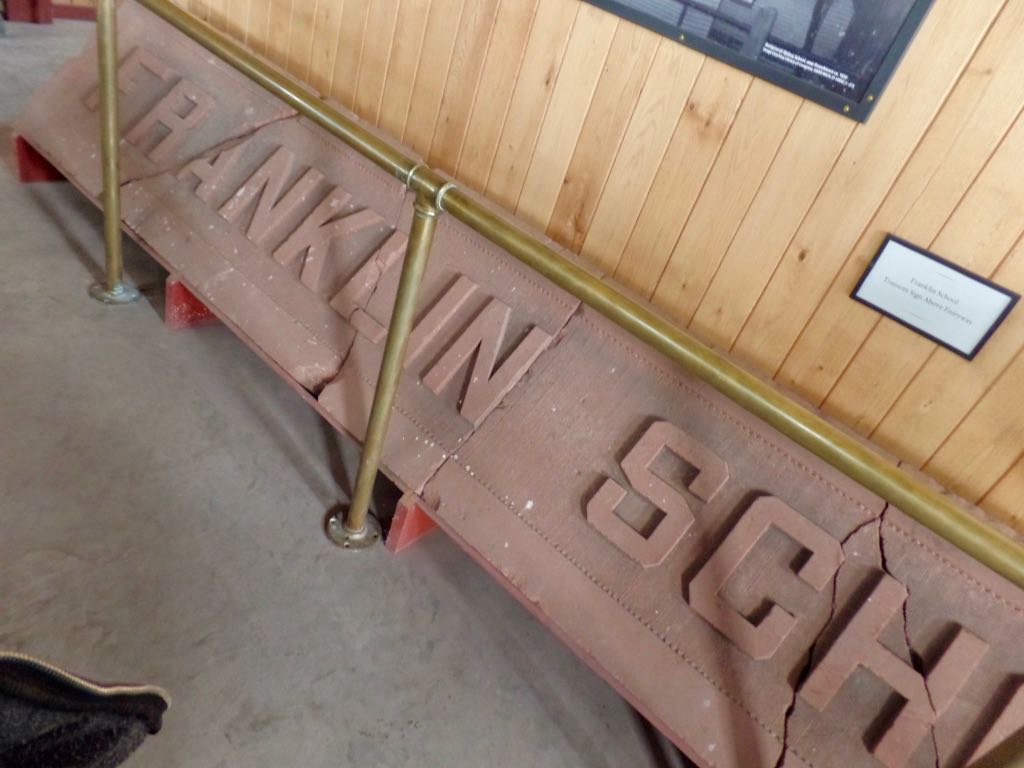 The Franklin School was one of the area schools, and this part was salvaged from it when the place was torn down. 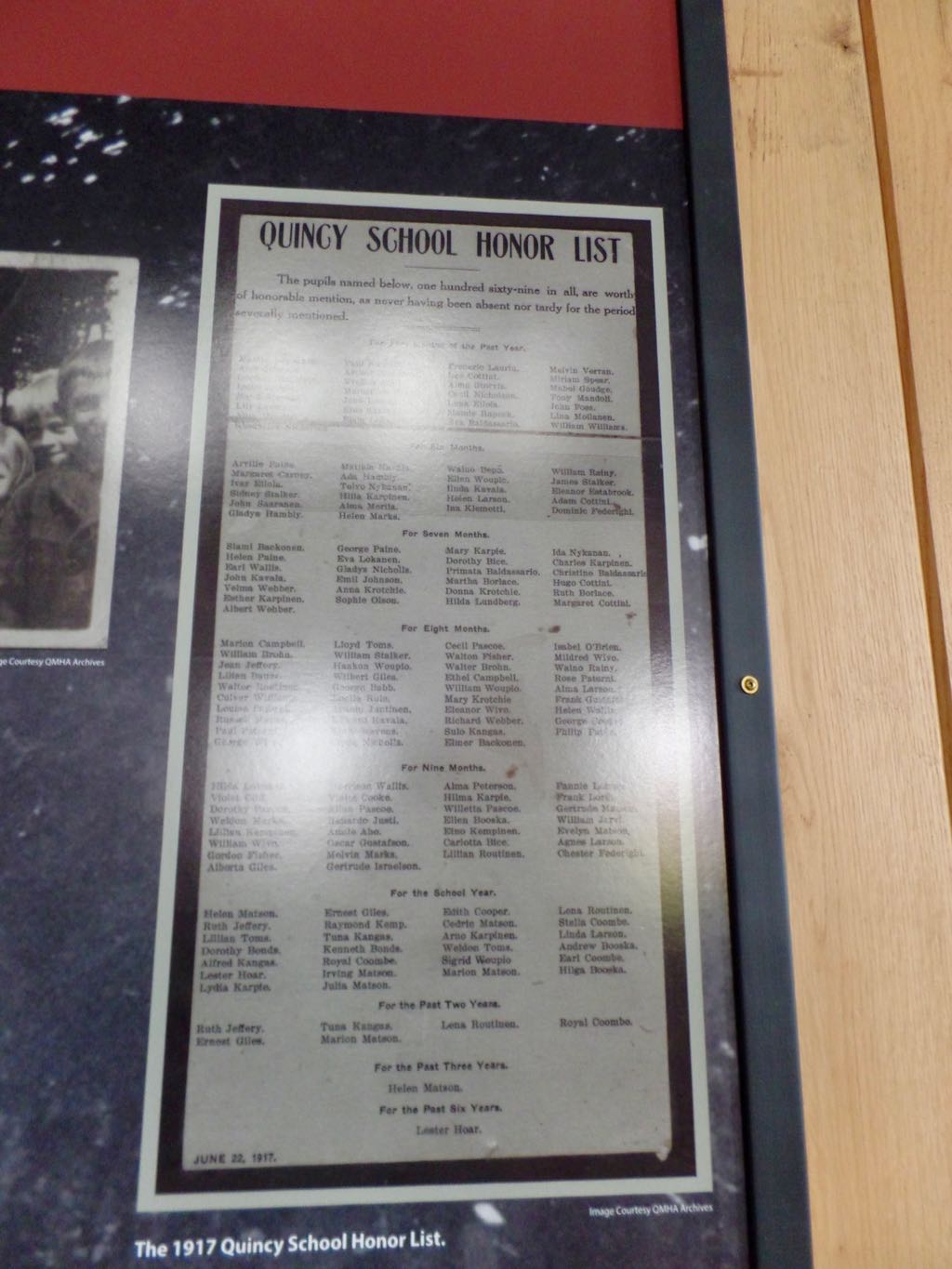 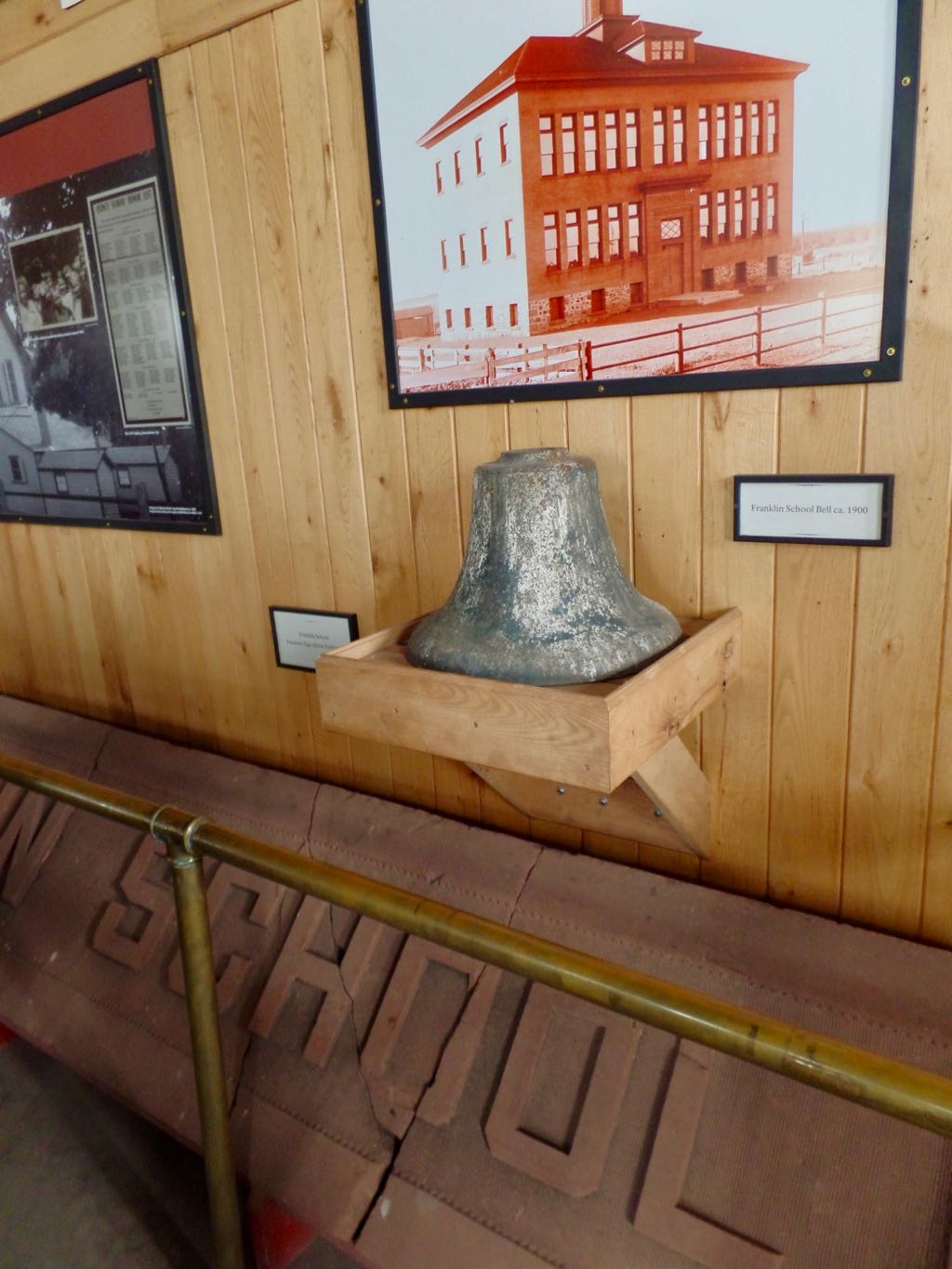 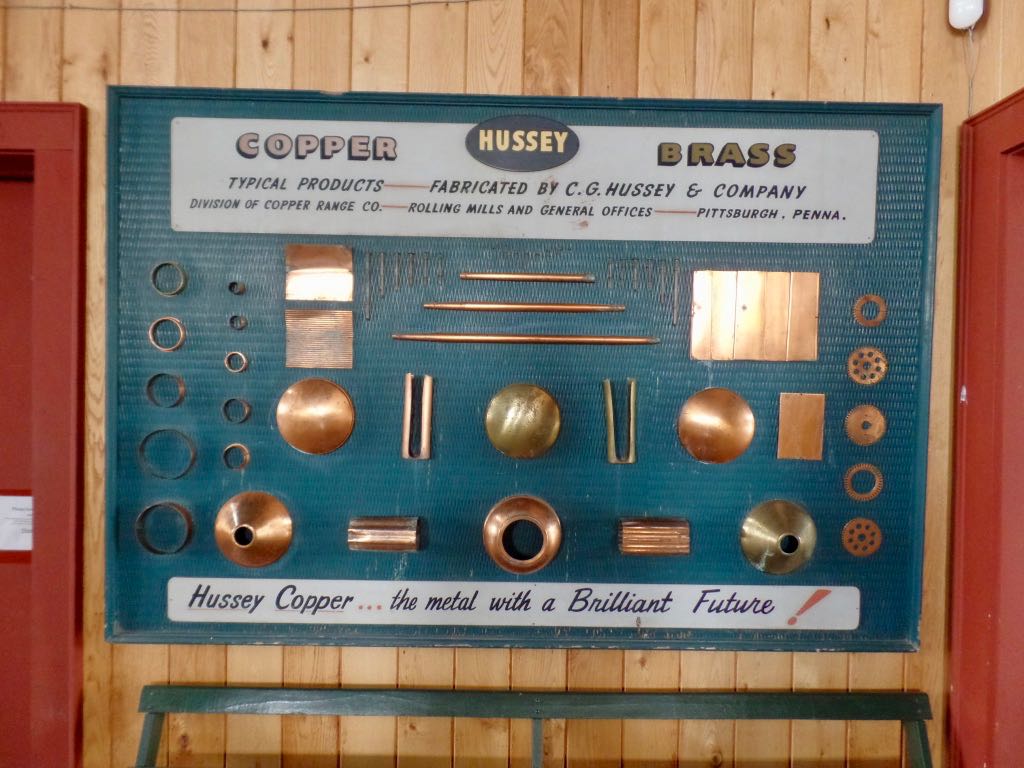 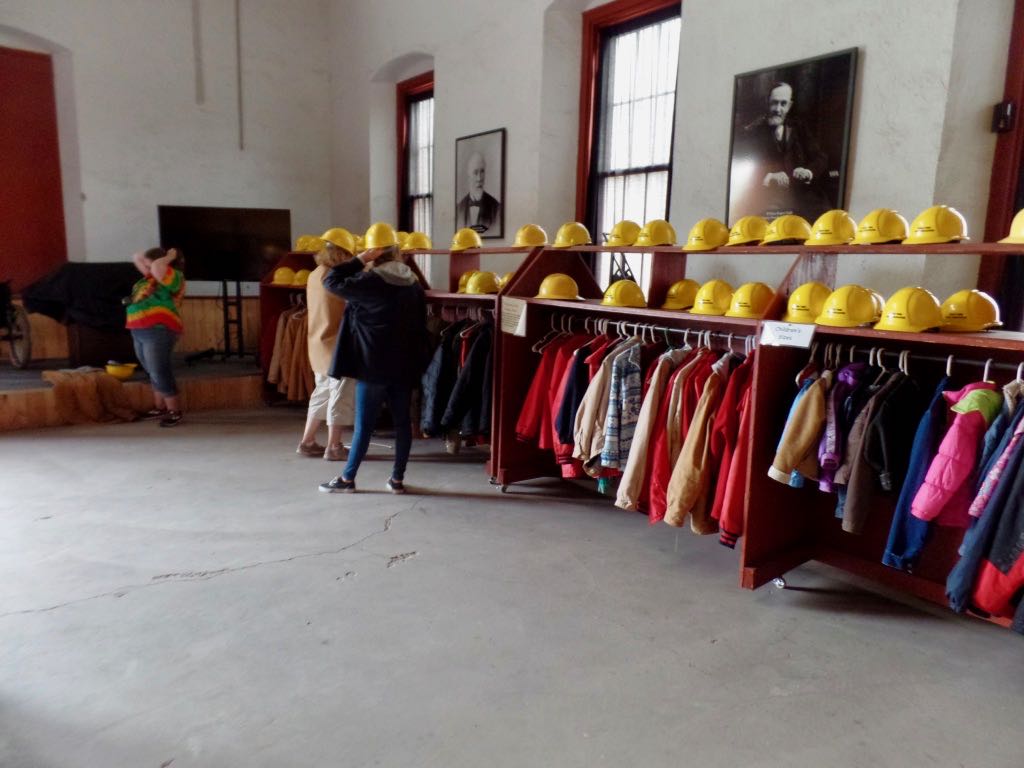 The helmets (required) and the jackets (highly recommended) for people going on the mine tour. The tourist part of the mine is a pretty steady mid-50s and damp; you have to go much farther down to get to where it's always hot. 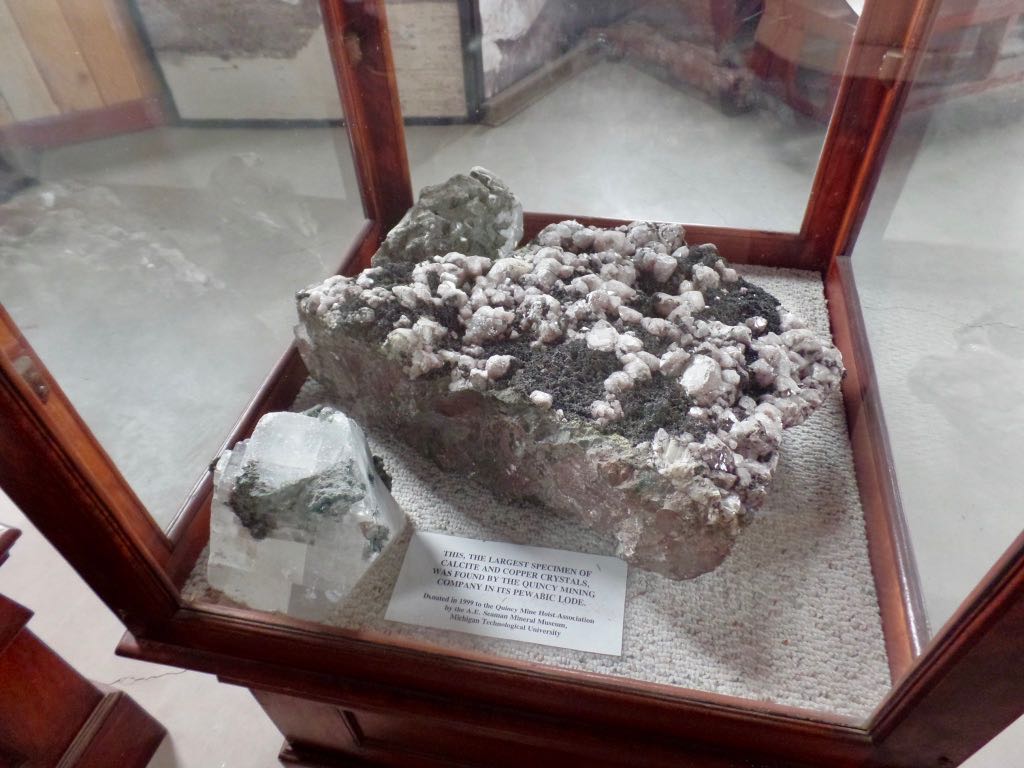 The largest calcite and copper crystals extracted from the Pewabic lode, which makes me wonder if the company had, like, a crystal that had been saved until this larger one was found and the old biggest one got tossed in the processing bin? 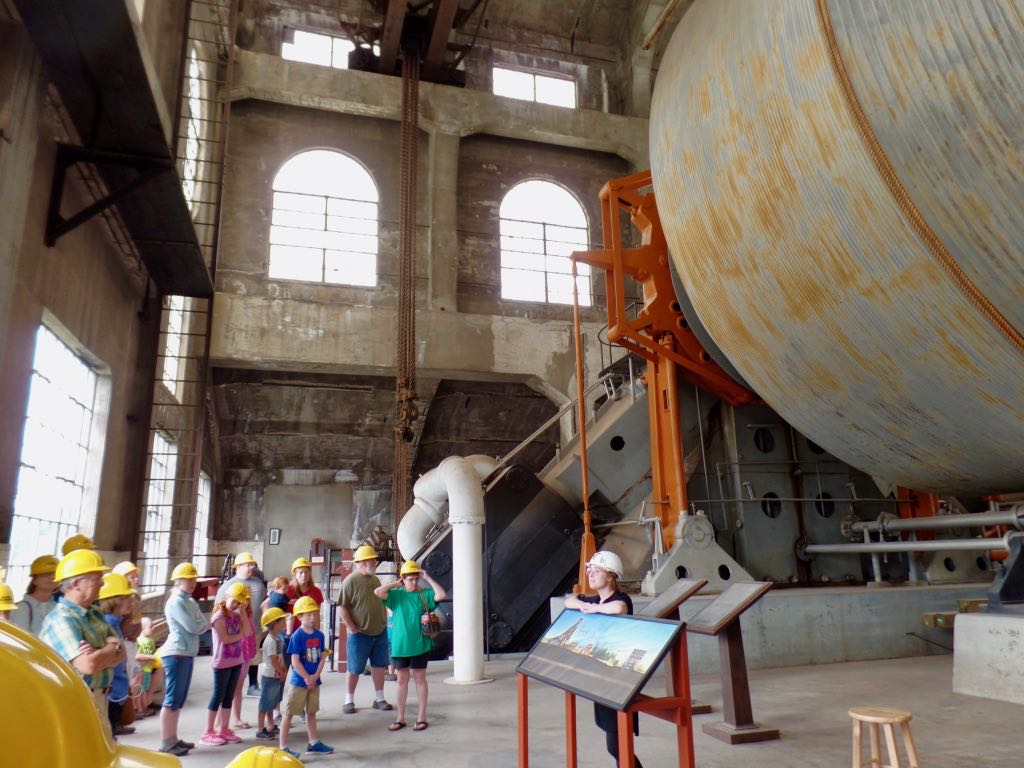 The main winch! So this is the spool to hold a cable that could haul a load of ore six thousand feet vertically and nine thousand feet altogether. It needs to be a bit big. It's shaped like a cone, on its side, so the cable won't spool all lopsided. I did not get a good picture of the spool from its side, sorry to say. 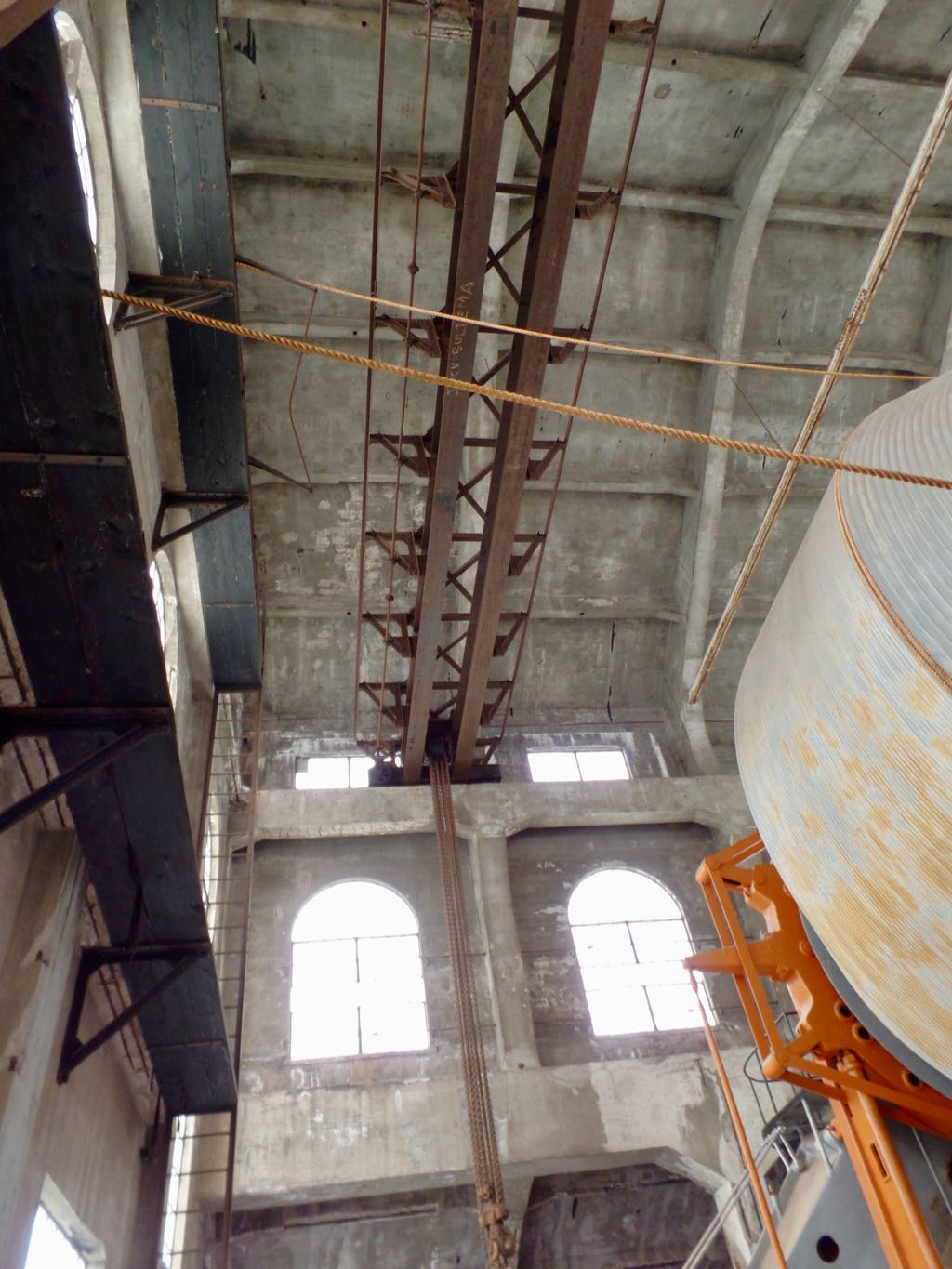 The building is pretty handsome from the outside, the docent said, to impress investors out east. Inside it's much more starkly functional. I don't doubt that the need to be impressive was important but suspect also important is that in buildings of this era you just didn't do without decoration like arched windows. It wouldn't look right. 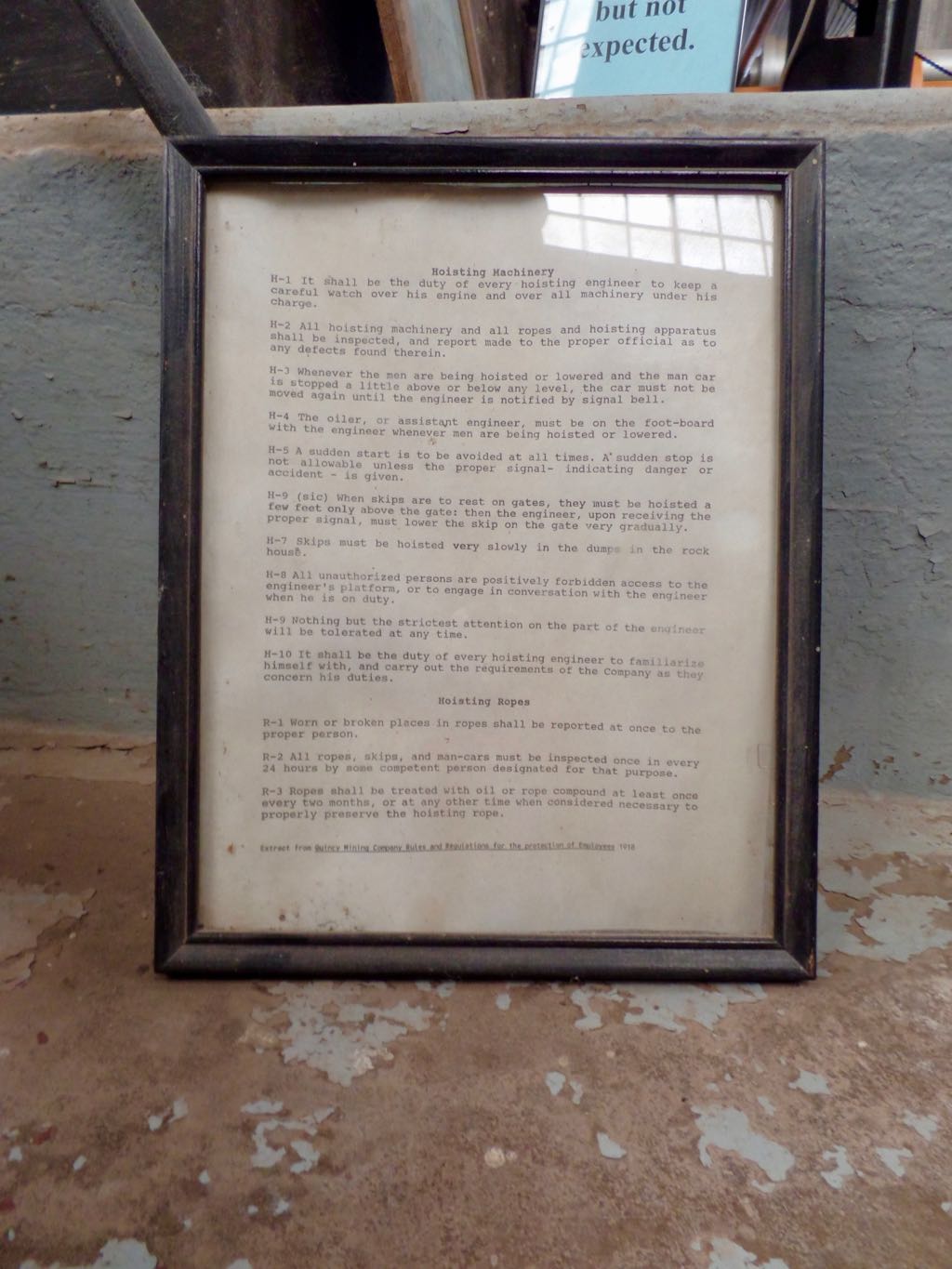 Workplace sign describing the hoisting process (``a sudden start is to be avoided at all times. A sudden stop is not allowable unless the proper signal- indicating danger or accident- is given'') and procedures (``all ropes, skips, and man-cars must be inspected once in every 24 hours by some competent person designated for that purpose''). 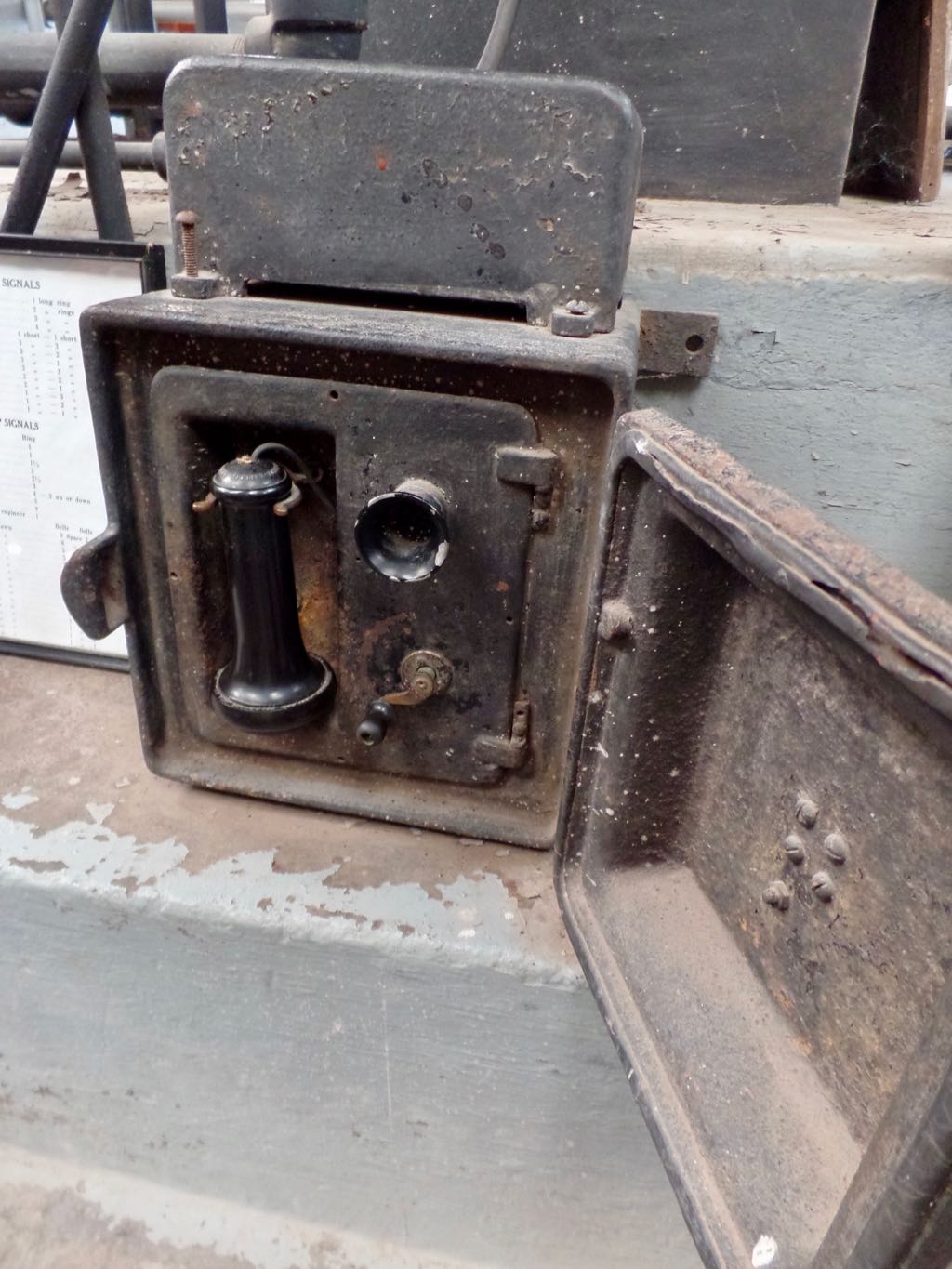 Telephone connecting the hoisting room to whatever working level of the mine would be working. 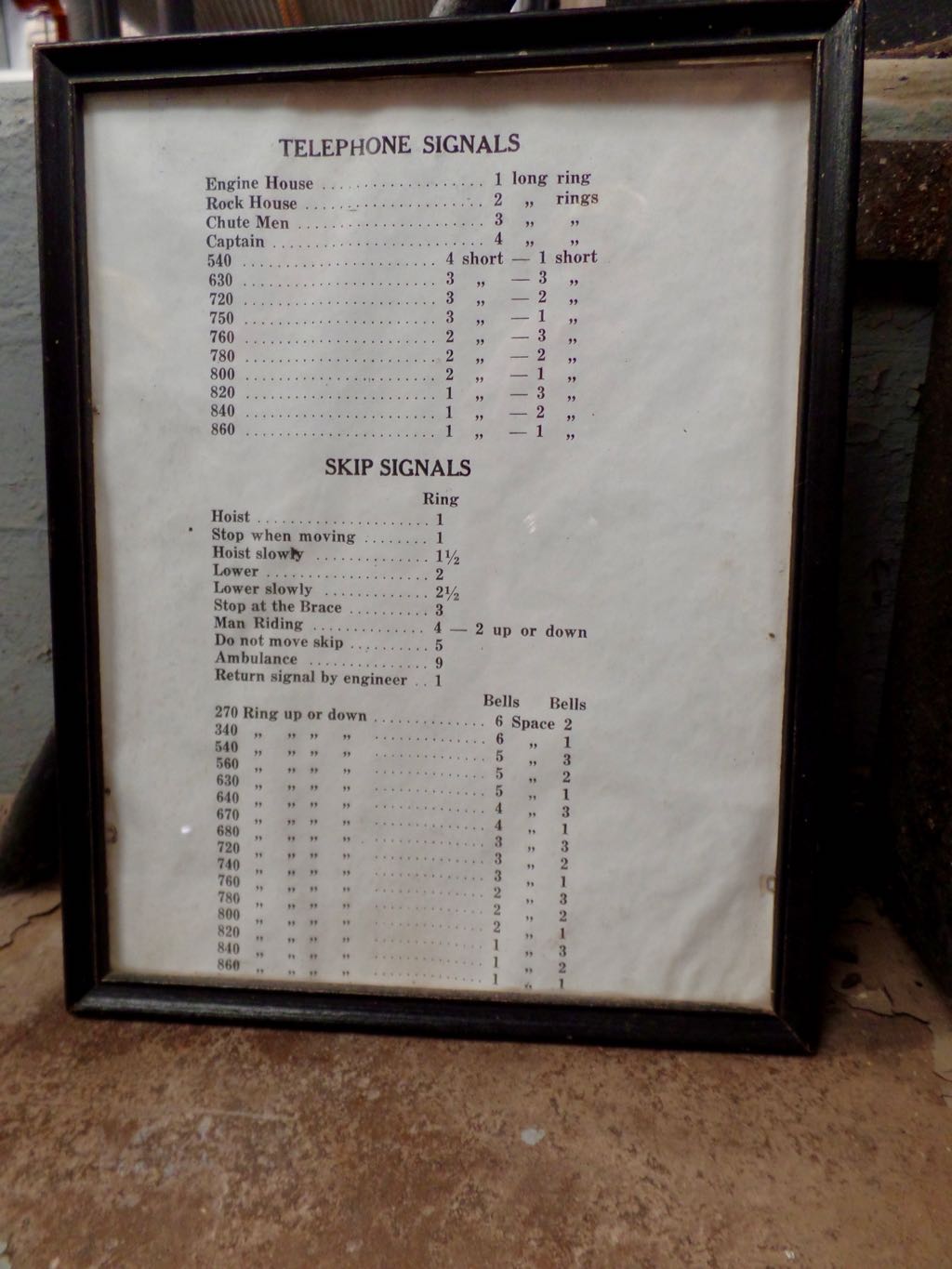 The code of telephone signals. Note the space reserved for Lum and Abner's Jot 'Em Down store. 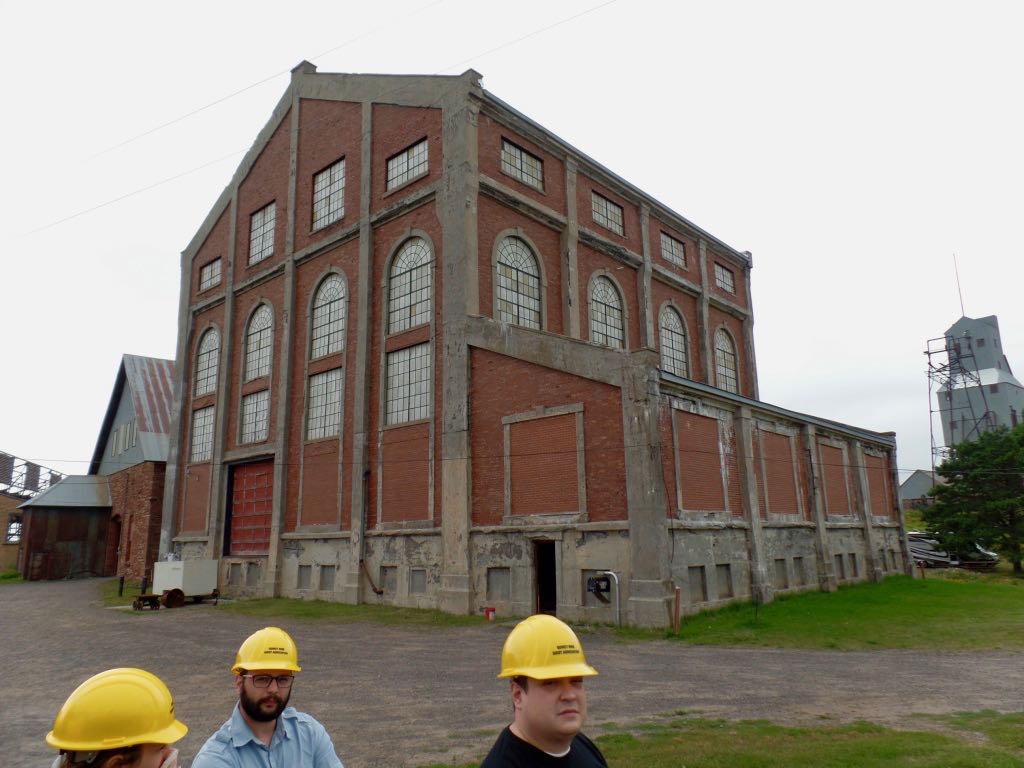 The back side of the hoist building, as we head off to go into the mine. 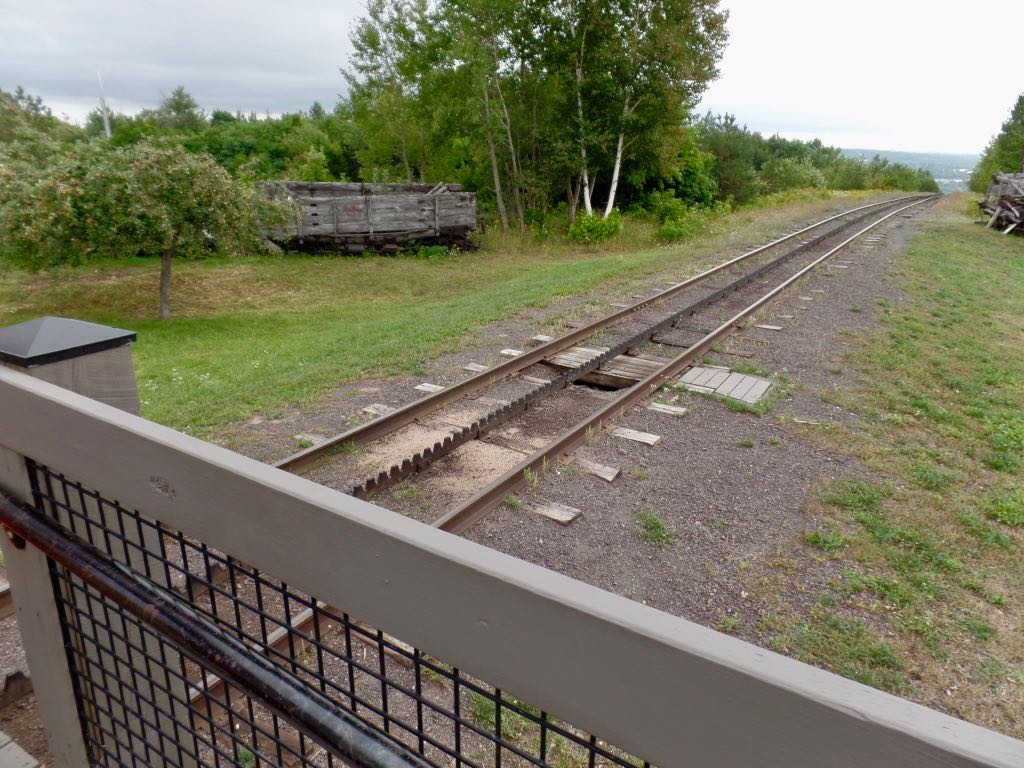 And here's the cog railway leading down to it! 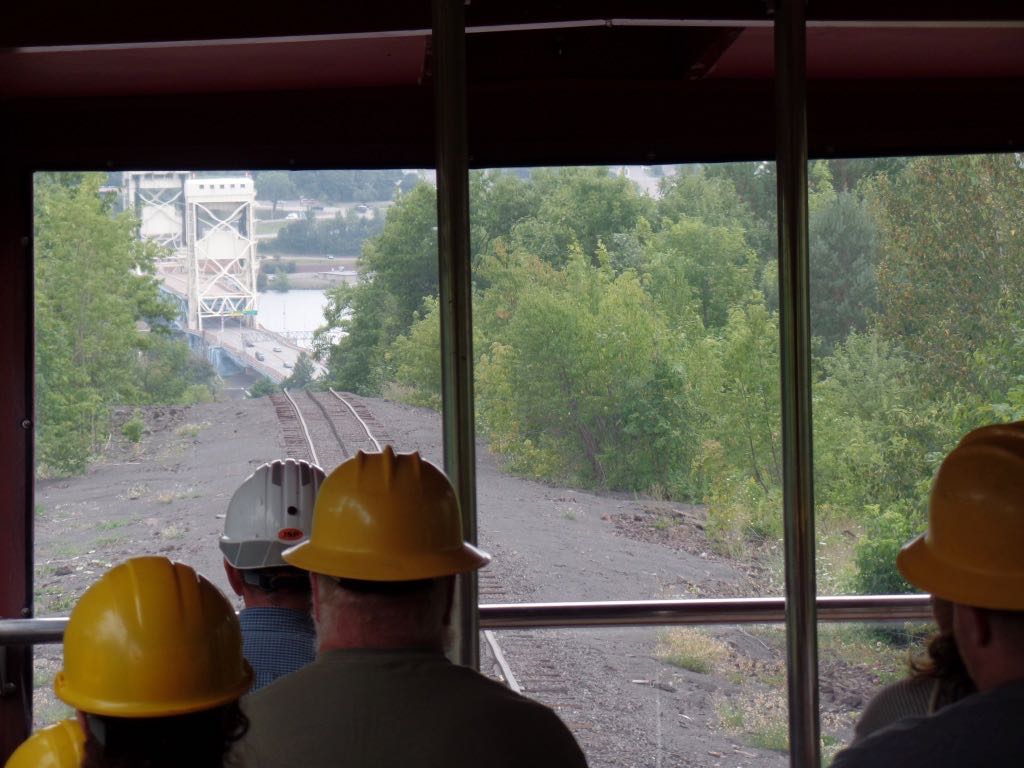 The edge of the world, or at least the part where the steep decline begins. The city in the distance is Houghton, and the bridge there, a draw bridge, reaches across the Houghton Canal; it carries US Route 41, like goes past the mine here. 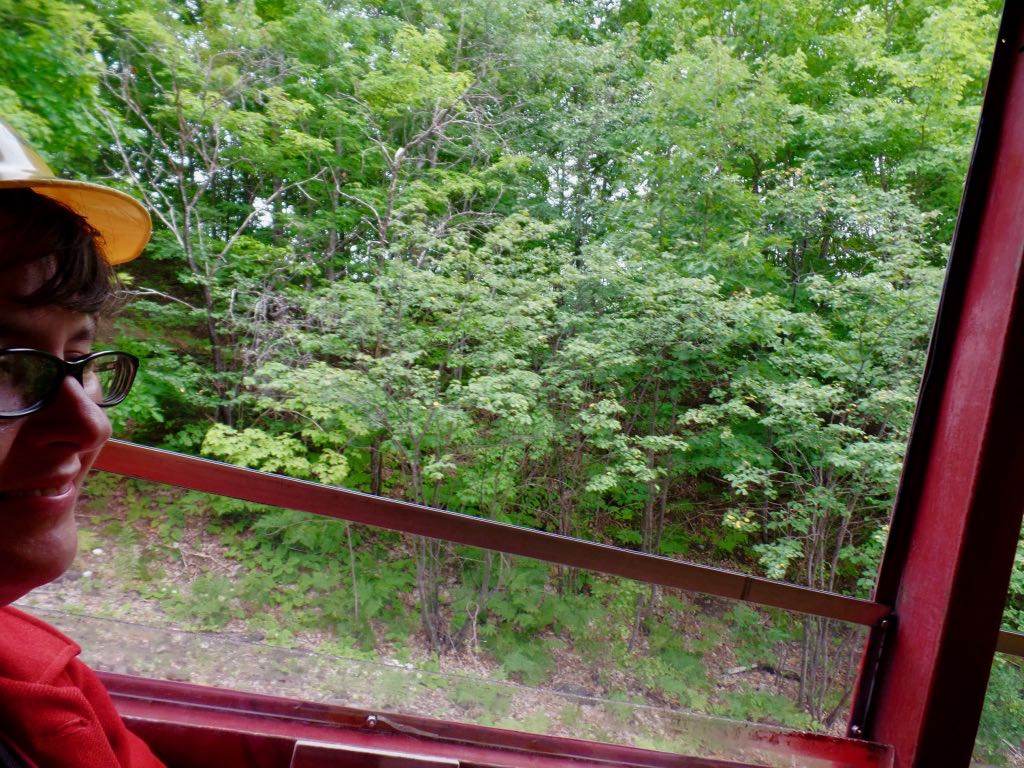 Of course it's impossible to show how steep a decline is in a picture, considering how many times I use Dutch angles, but maybe this gives you some idea if you look at the trees outside and assume they're vertical. 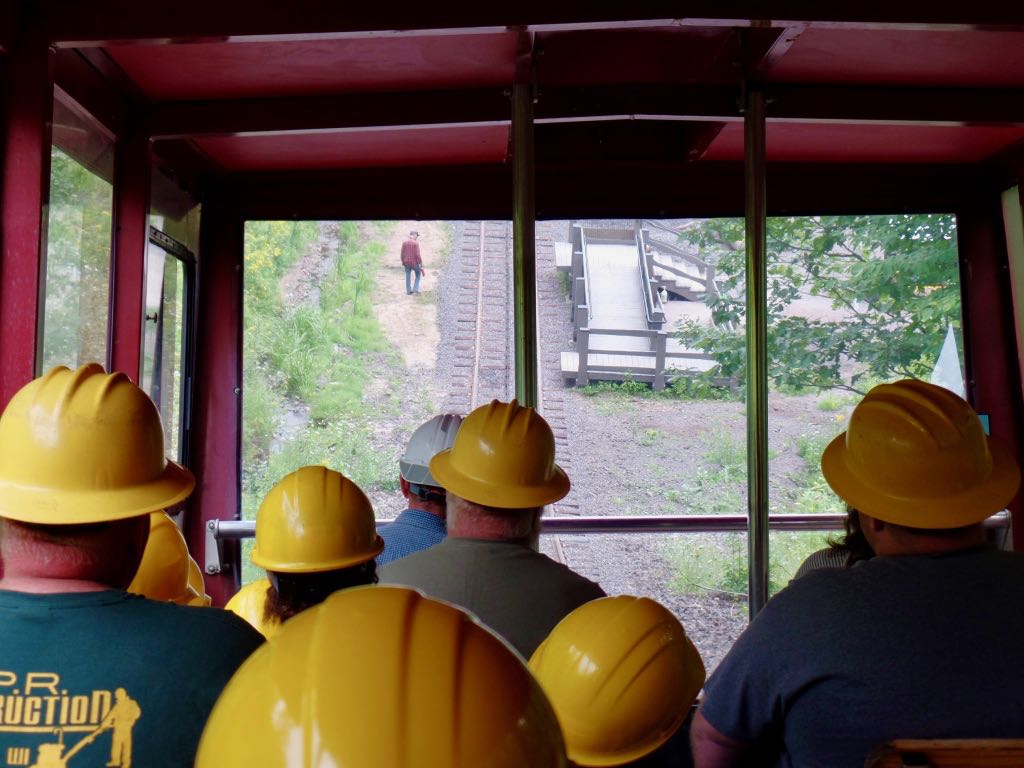 Or maybe this, looking at someone by the receiving station, gives you a hint.

PS: Reading the Comics, April 25, 2020: Off Brand Edition which wraps up my comics posts for April. Don't know if I'll try and put together a mathematics post for the Thursday slot.