Should you come my way you can share my poison wine

And now this is

bunny_hugger's actual doctor-versary, as I managed somehow to misremember what date she did defend. I hope this will be a happy one.

The goldfish we thought had recovered has died. It was sudden: it was fine, to all appearances, just hanging out near the bottom of the quarantine tank, but swimming up easily to take food from

bunny_hugger's hand on Saturday. Sunday neither of us paid attention. Monday morning it was dead.

bunny_hugger noticed it had the same curious red mark on the underside of its head that the goldfish who died several weeks ago had. So we couldn't say it was a fluke. We took the fish, and some water, to the pet store so they could do a necropsy. They're still doing that, even in the circumstances.

The problem? --- hard to say. A problem was flukes. That is, parasites, which they found crawling all over the dead fish's gills. Flukes are carried to fish by birds --- they mentioned ducks particularly --- and will usually stay under control, especially in larger fish. This was one of our smaller ones. But they usually don't get out of control unless something else distresses the fish. And now we speculate that the two fish we've lost the past month had a set of problems. That something distressed them, and flukes were able to run out of control, and kill them.

We got some medication to kill the flukes in the tank these two fish came from. This will be a course of two weeks of extensive water changes and medication and hopefully will knock them out altogether. We're also looking into what we would have to treat the pond with, to take care of that. It's also unfair that the fish would be fine for five months inside and then get sick just as we were readying to let them out again. But I suppose better we know this is a problem now, and can act on it and stop this ever happening again.

After my walk I looked in the goldfish pond, and saw a third white fish had wintered over outside.

Pinburgh/ReplayFX has not yet cancelled, and continues the pretense that they don't have to think about postponing or cancelling.

To photographs. Let's poke around Eagle River some more, back in the sunny days of August 2018. 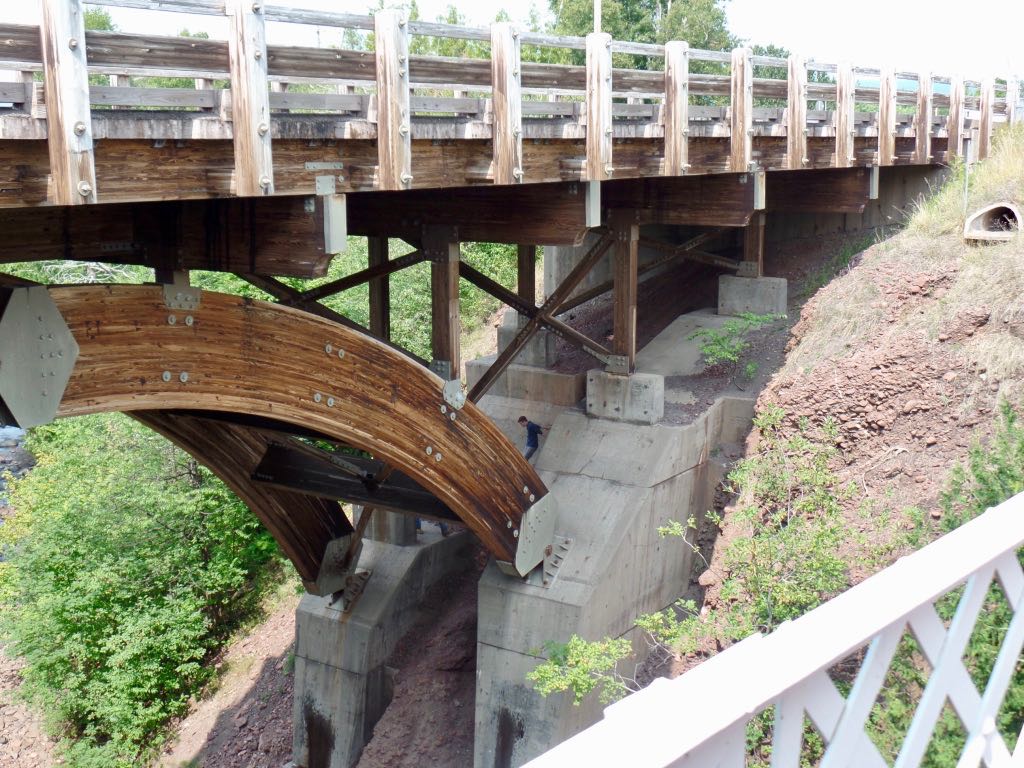 Couple of people got into the foundations of that arch bridge. This probably seemed like a good idea to them. 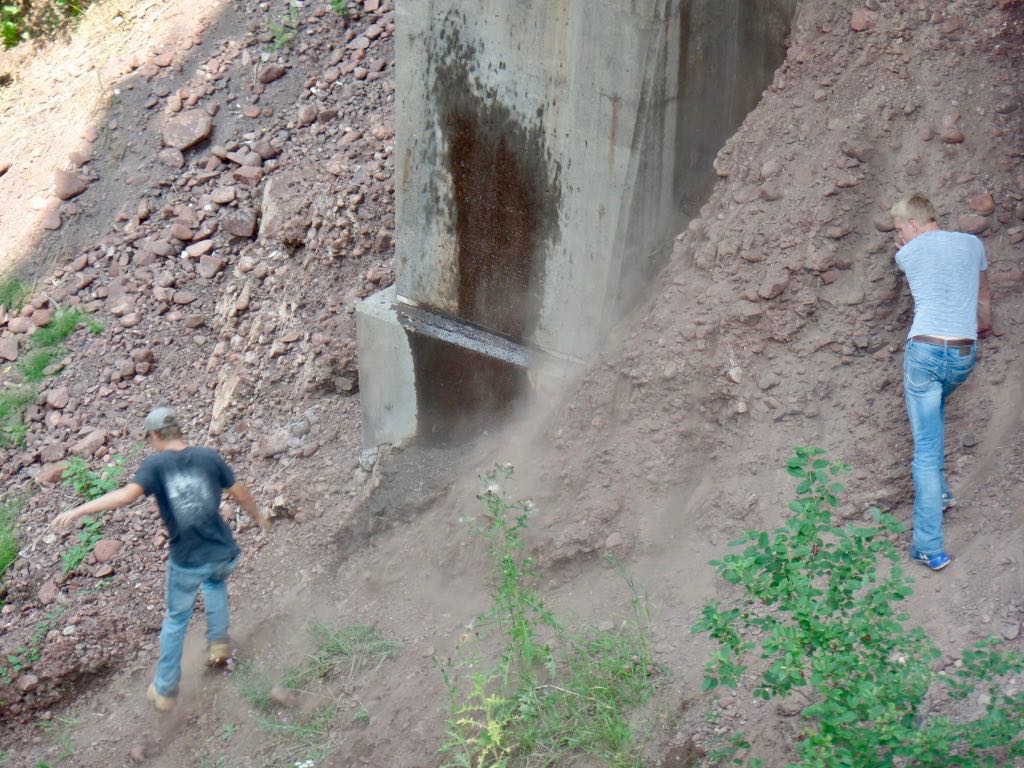 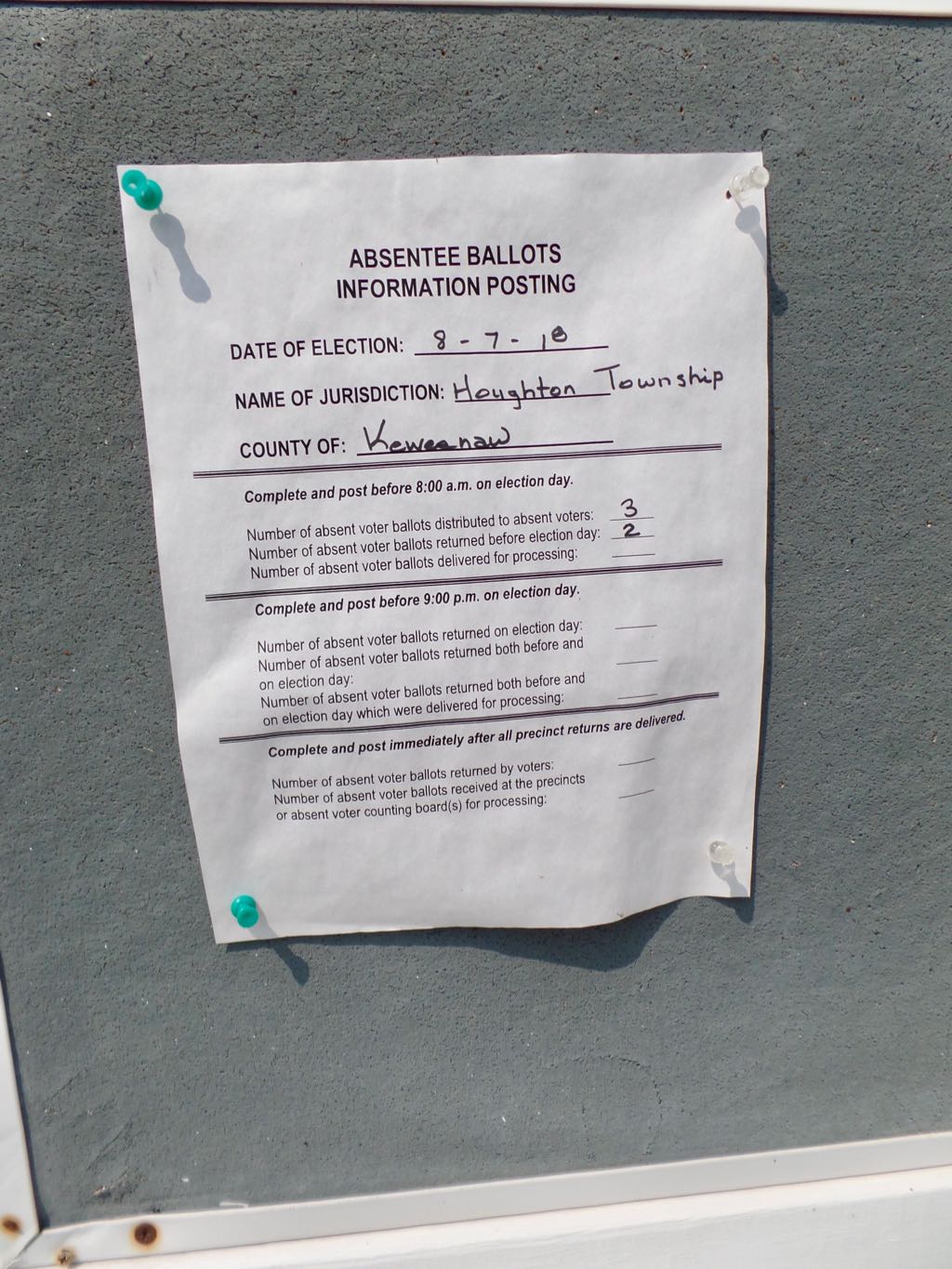 All this was by the town hall, which had a bulletin board reporting the absentee-ballot count for the recent election. The upper peninsula is not crowded with humanity. 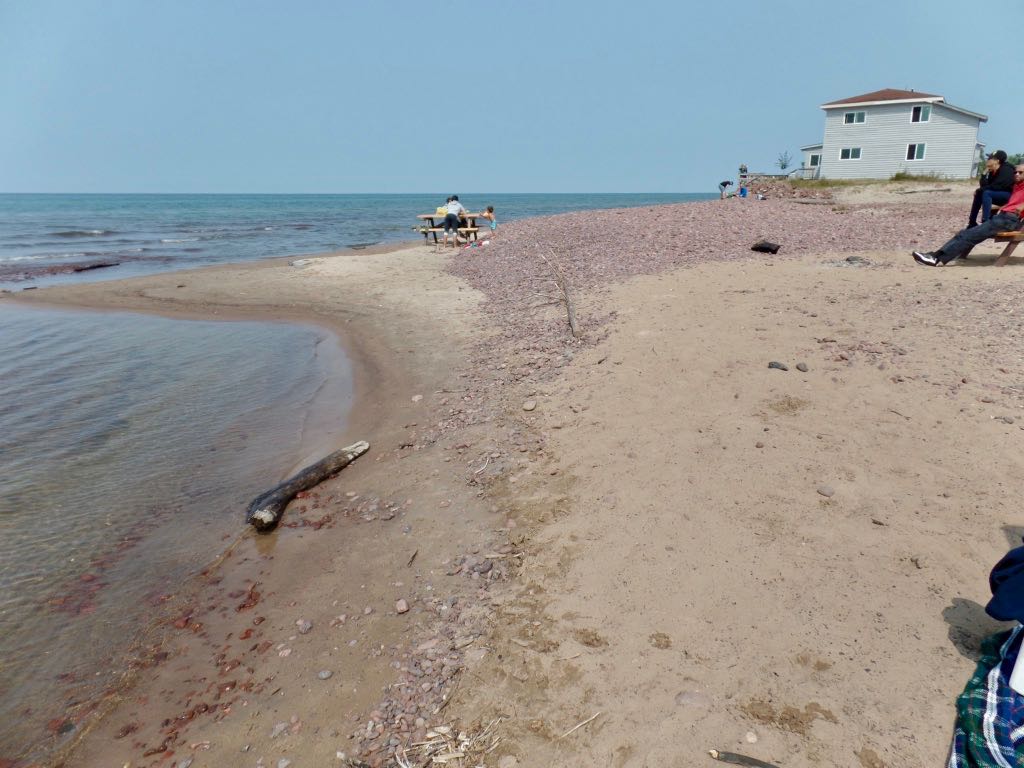 A short walk away was Lake Superior's largest and most gentle sandy beach. I am exaggerating by 0.02%. It's a rocky-coastline kind of place, though. 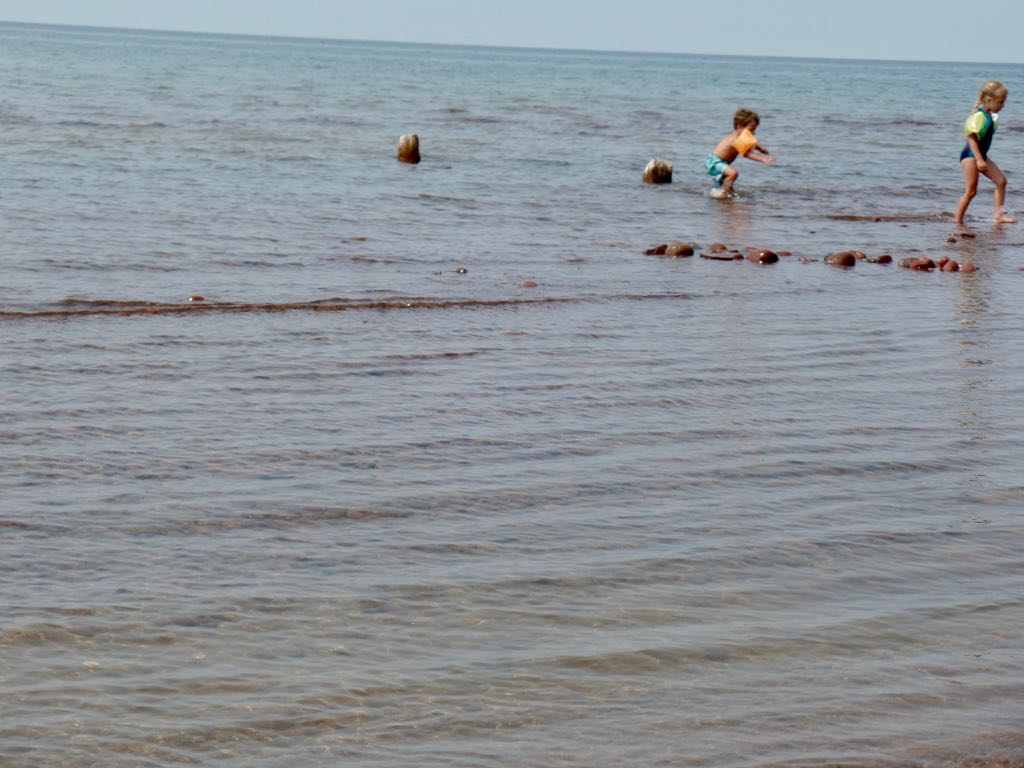 Kids playing in the waters of Lake Superior, which were a toasty 14 degrees Kelvin. 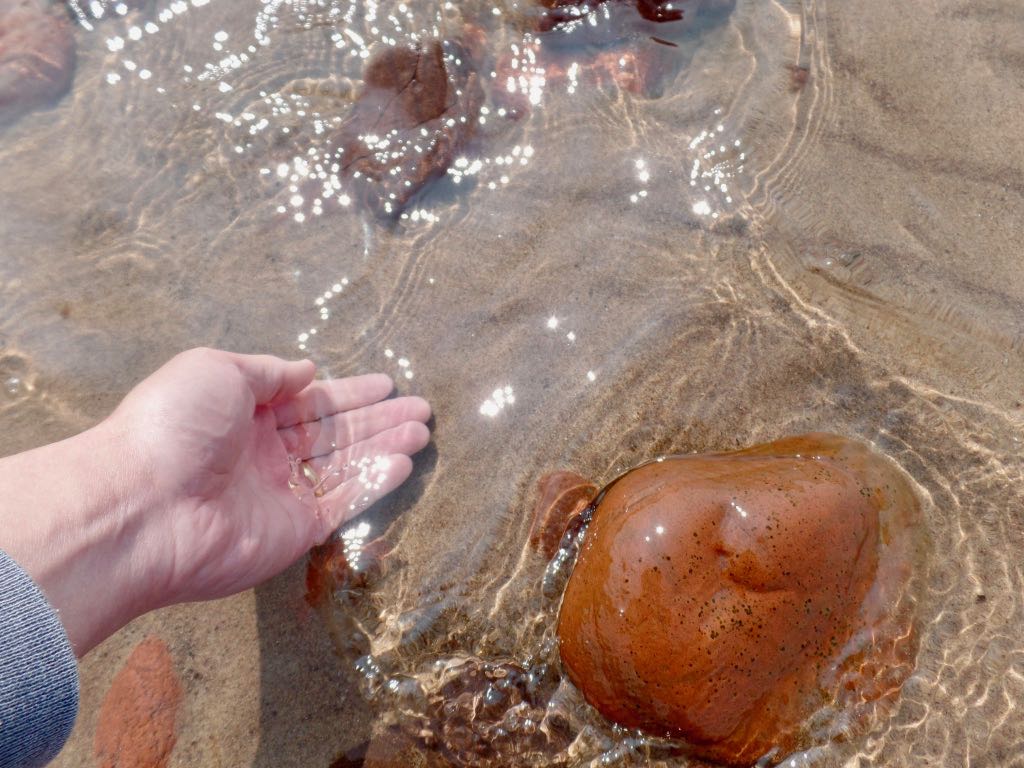 I dip my hand into the Great Lake. 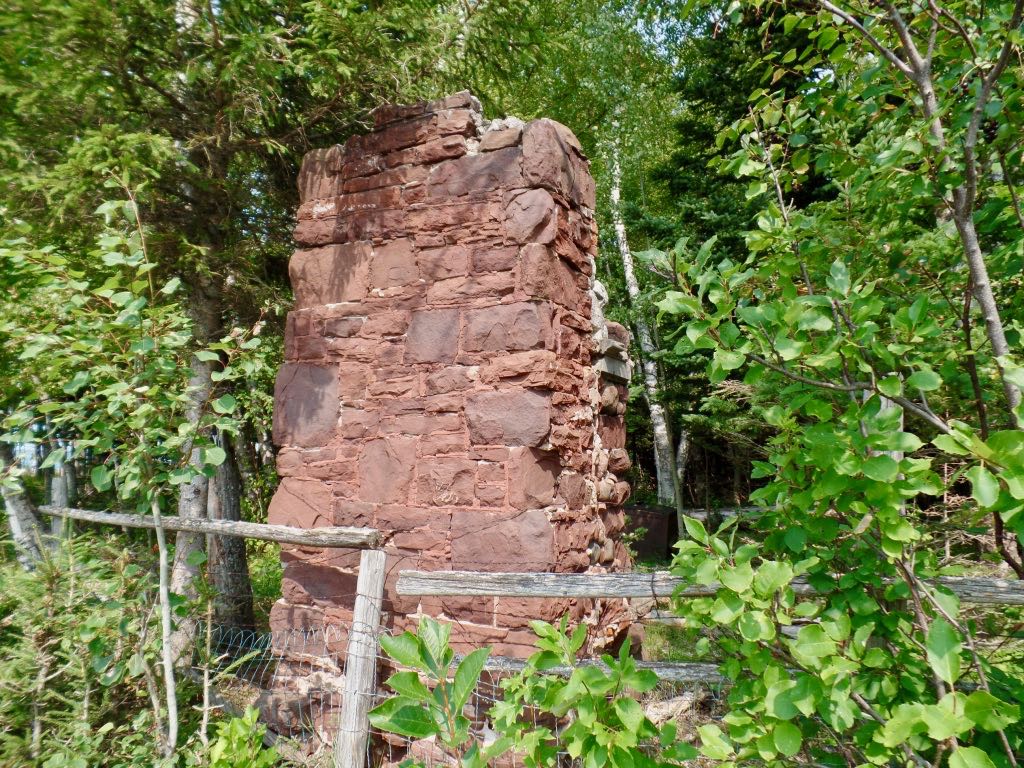 A brick tower that's almost all that remains of something in Eagle River. 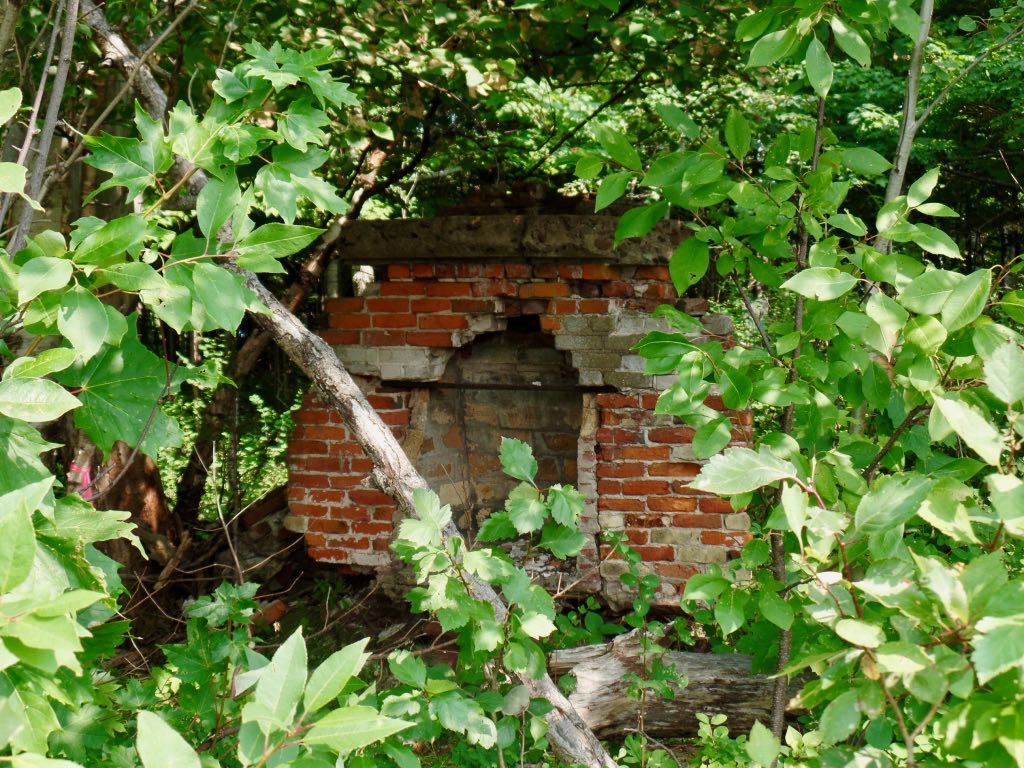 The remains of a fireplace that is a bit of a mystery since it's at a weird angle relative to the brick tower. I couldn't work out how they would have been part of the same structure, unless one of them had a trapezoidal floor plan, which is not impossible but is still weird. 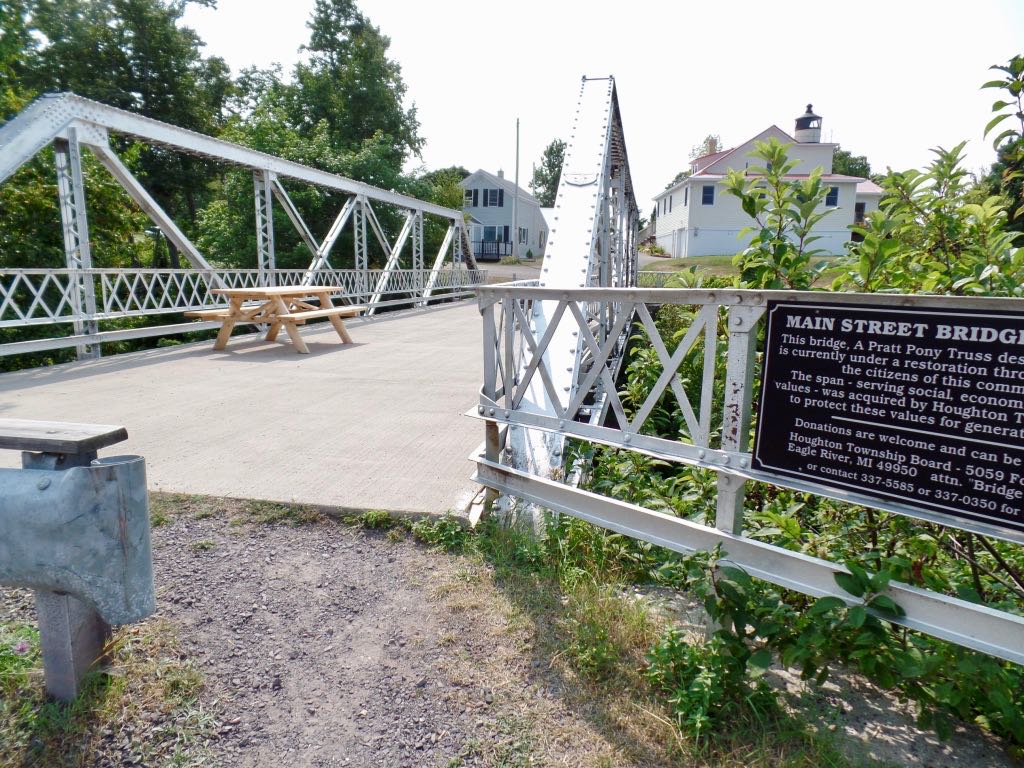 The Main Street Bridge, a small steel structure that certainly makes it more convenient to get across the riger gorge. 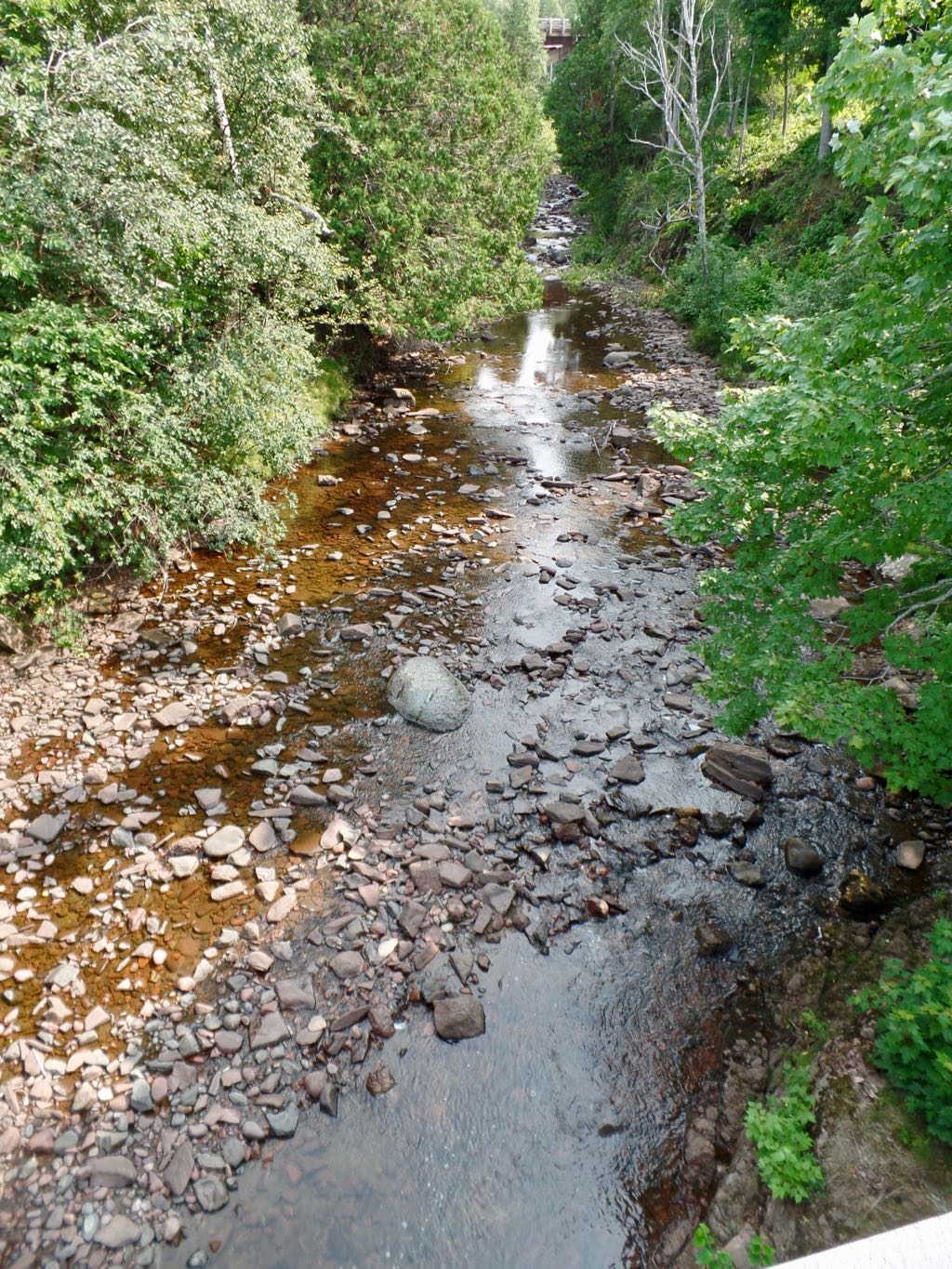 Looking from atop the Main Street Bridge at the gorge and, in the top-center, that arch bridge from earlier. 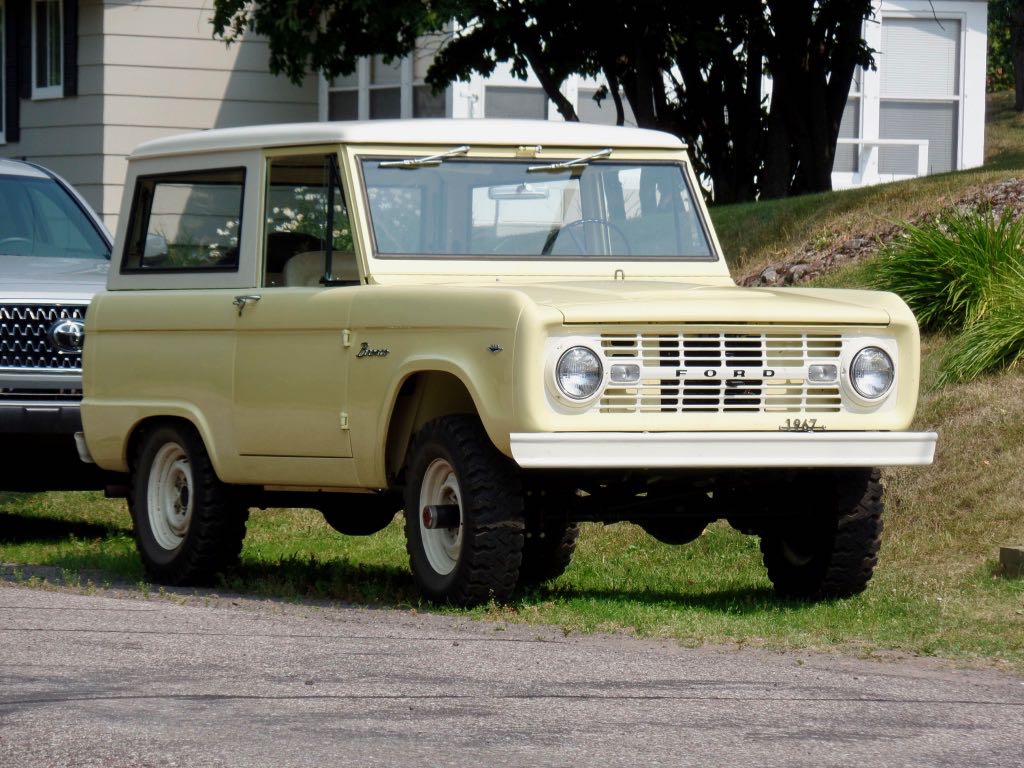 Vintage car that I'm going ahead and guessing my father owned at some point. 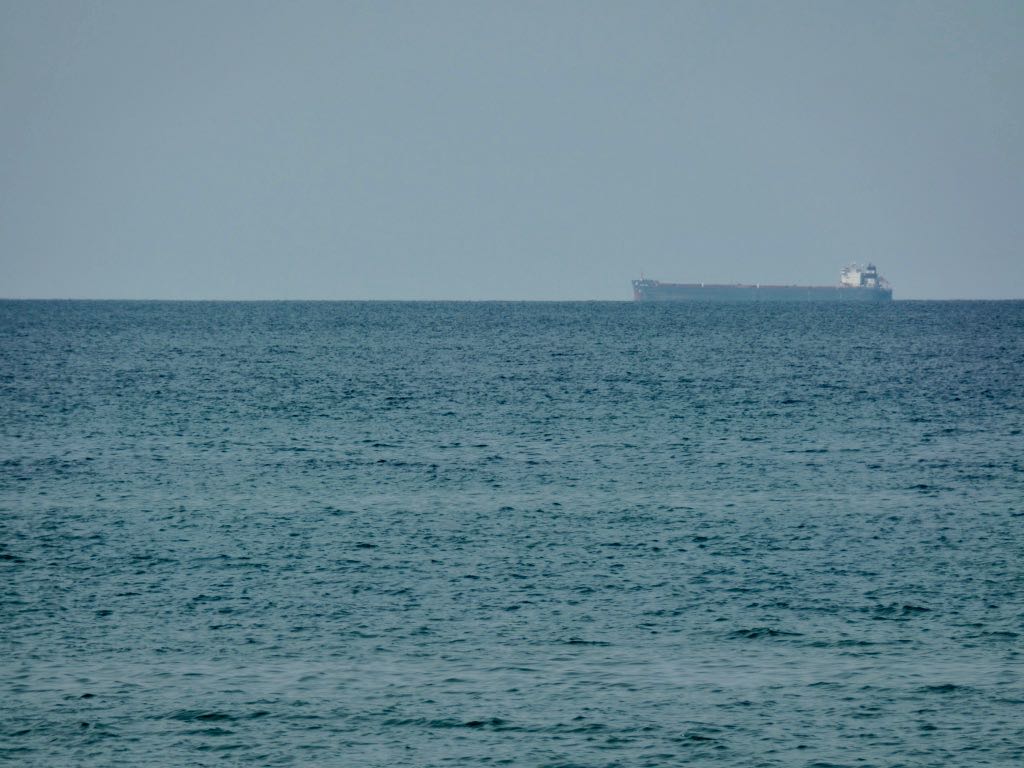 Way off at sea, your classic Great Lakes cargo ship takes ... something ... from somewhere to somewhere else, and creates the cover for my late-70s album. 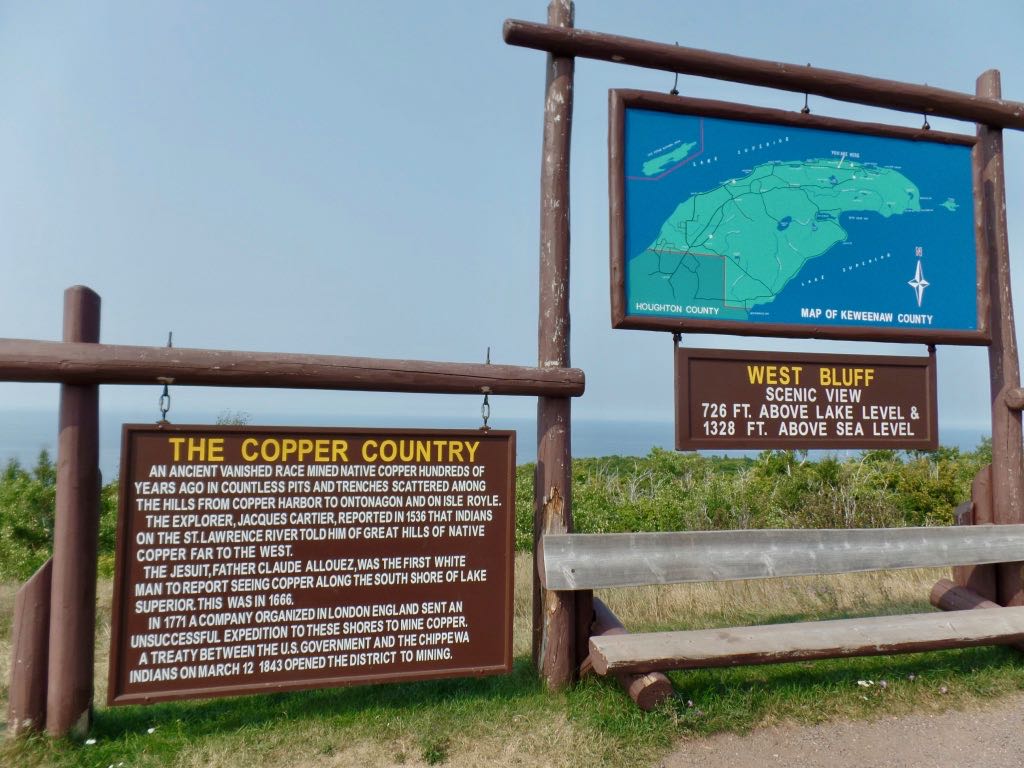 Next, we get up on top of the West Bluff, highest point in the area and a pretty solid-for-Michigan 726 feet above the local water level. 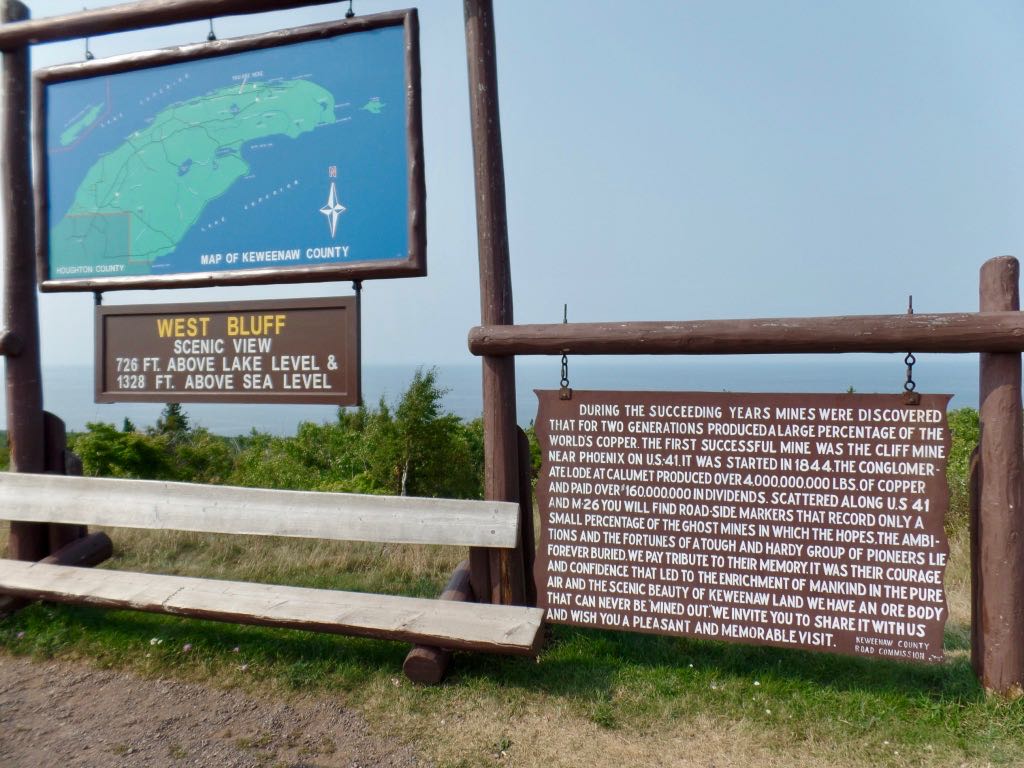 The signs give some information about the history of the place. It's amazing to think of four billion pounds of copper being anywhere, much less, once upon a time, here. 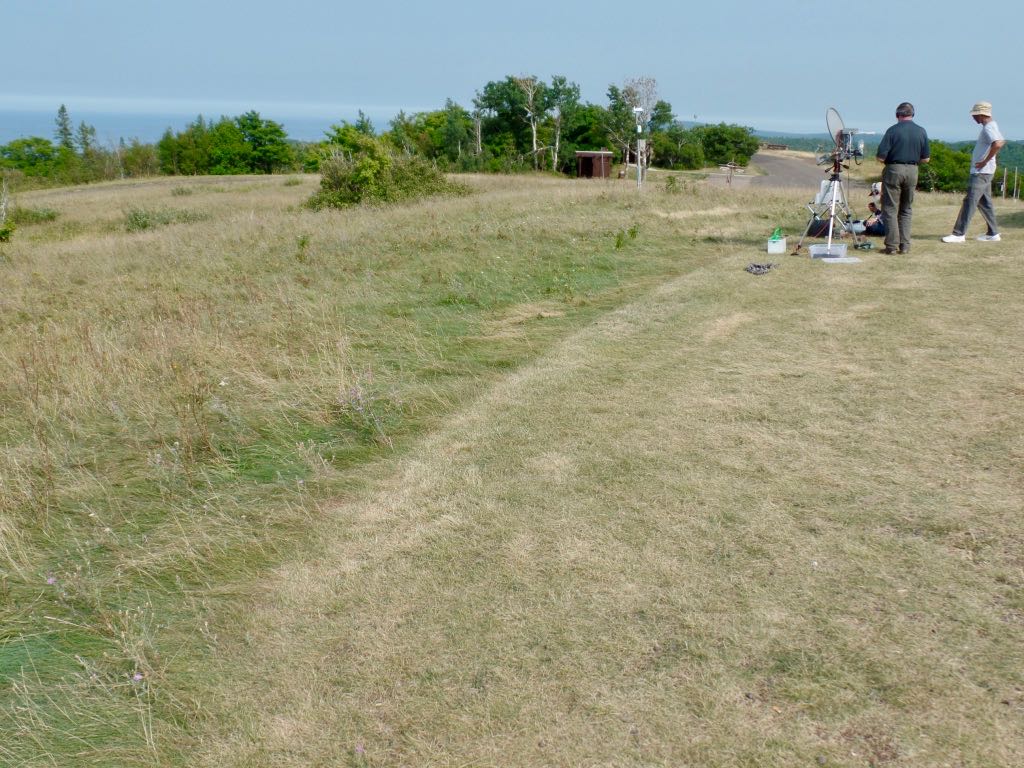 And, say ... what are these packs of curious people doing with electronic gear arrayed along the top of the highest point in the area? 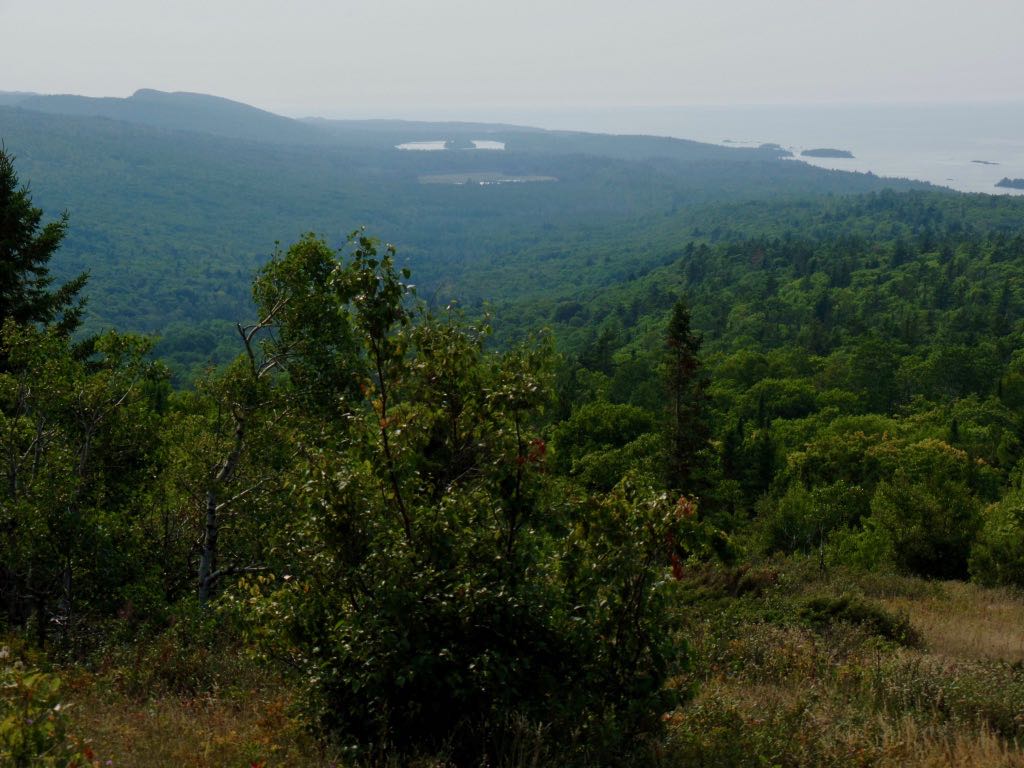 Looking out from the bluff, though, at a lake within the peninsula that has an island inside it.

Currently Reading: The Men Who Loved Trains: The Story of Men Who Battled Greed to Save an Ailing Industry, Rush Loving Jr.