There's a hole in the ground

My parents have moved to their new apartment, successfully. We're invited to visit but, yeah, probably won't be taking that option just now.

My father's youngest sister, the one he just started talking to again, had a fall in her nursing home. Not serious, but she did cut her forehead, so she's getting some hospital time. In the past this has been something that just sent her to the hospital long enough that Medicare would pay for a hundred days of nursing home care, and she'd be fine otherwise. So, here's hoping that's all that it is.

Let's start on the bluff high above Copper Harbor again, and then head downhill, in a controlled manner. Again from August of 2018: 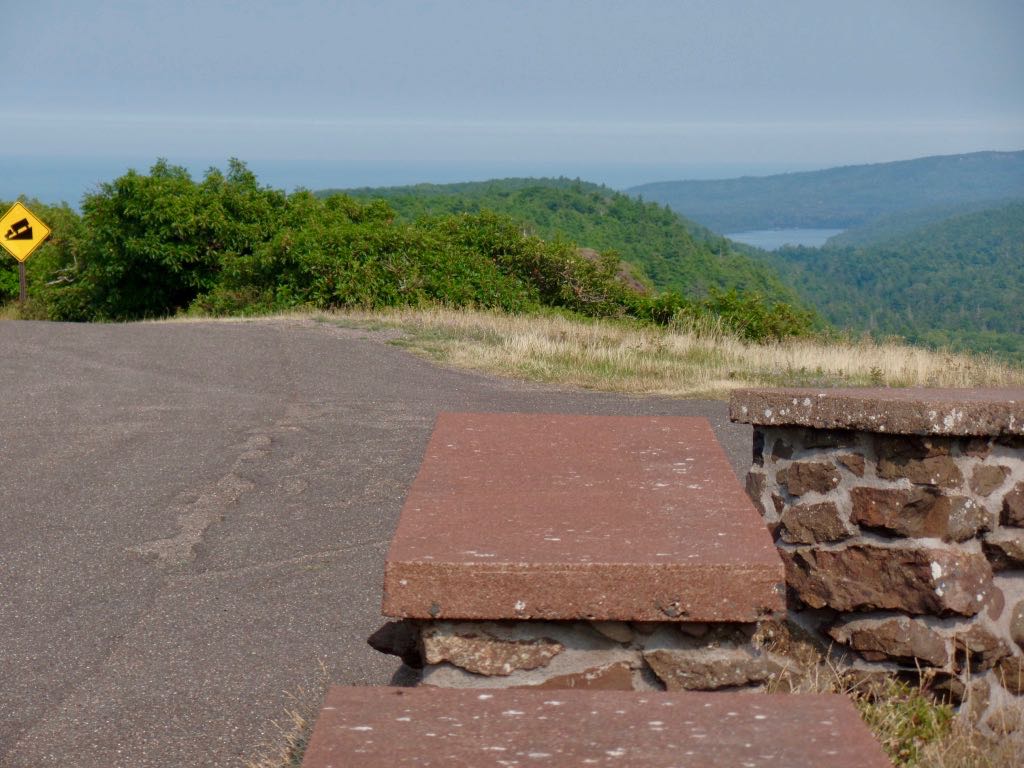 A look at that wall, but mostly, a look at whether my camera can do anything with stuff in foreground, background, and deep background all at once. I think it's managed well enough. 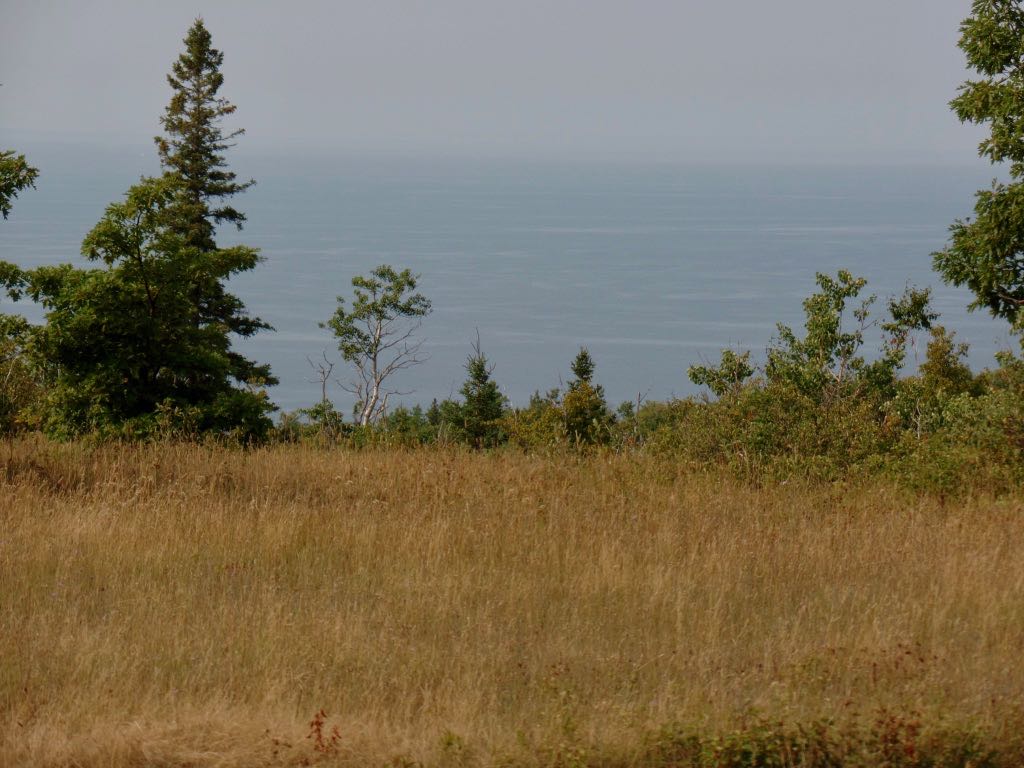 Looking out from the bluff toward Lake Superior, with the horizon disappearing in the haze. We stopped at the Copper Harbor Overlook because, why not? While there another group, a family with English accents, drove up and spilled over the overlook too. 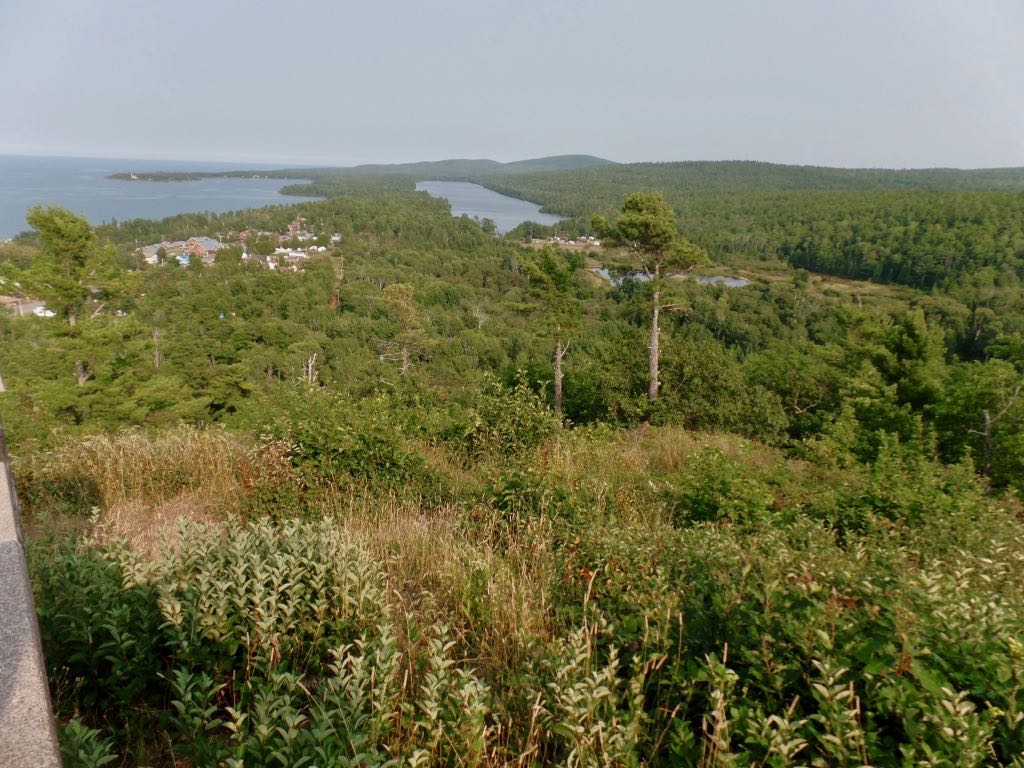 So there's Copper Harbor, by the way; this was the town with that Miami 1990 miles sign. 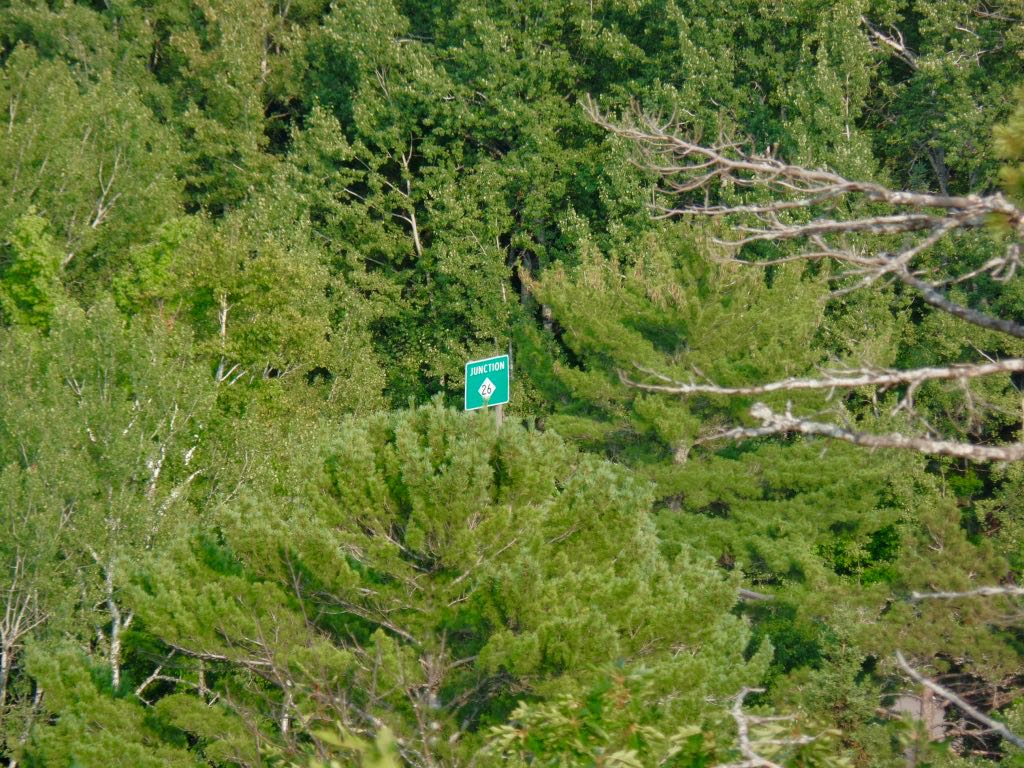 I so loved spotting this highway sign in the middle of nothing but trees. 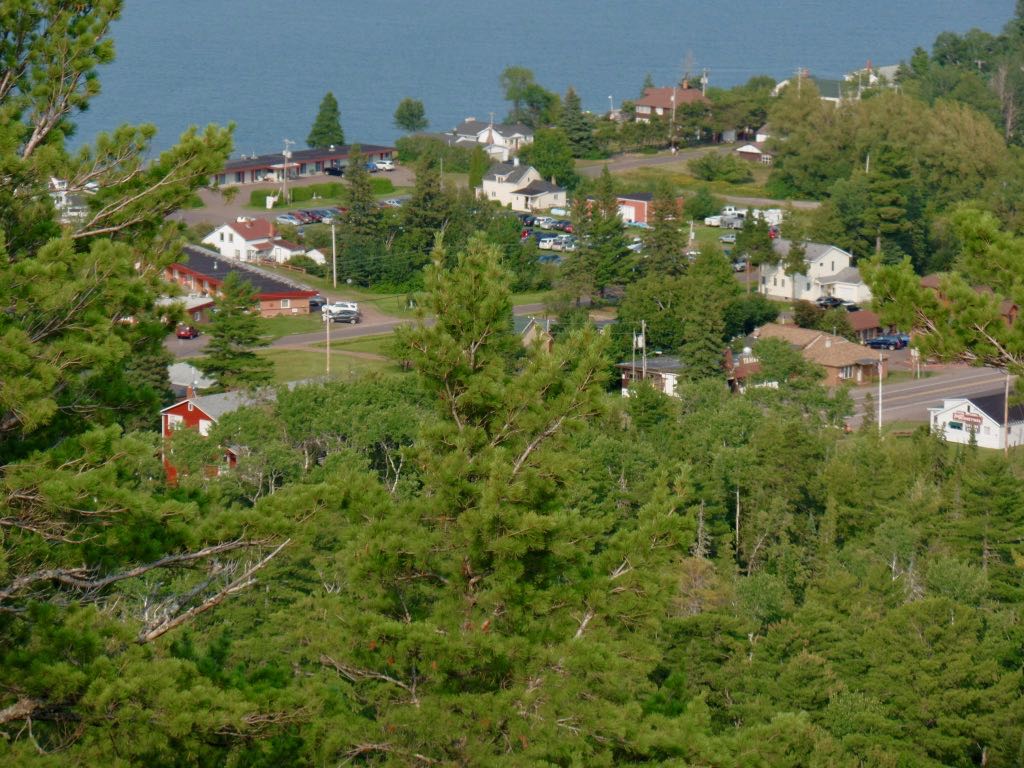 Copper Harbor, seen in a test of my zoom lens, and looking like a really good city simulator. 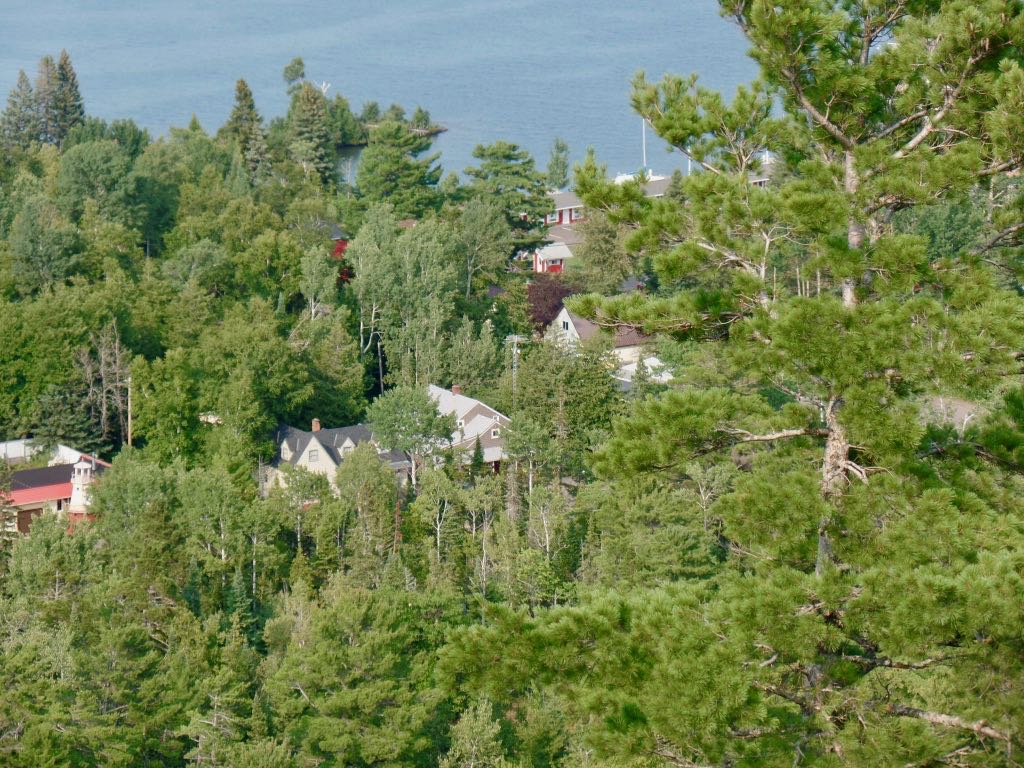 Another view of Copper Harbor, looking ready for the opening to Mister Rogers' Neighborhood. Note the fake lighthouse in the lower left; I think that was a self-storage place? 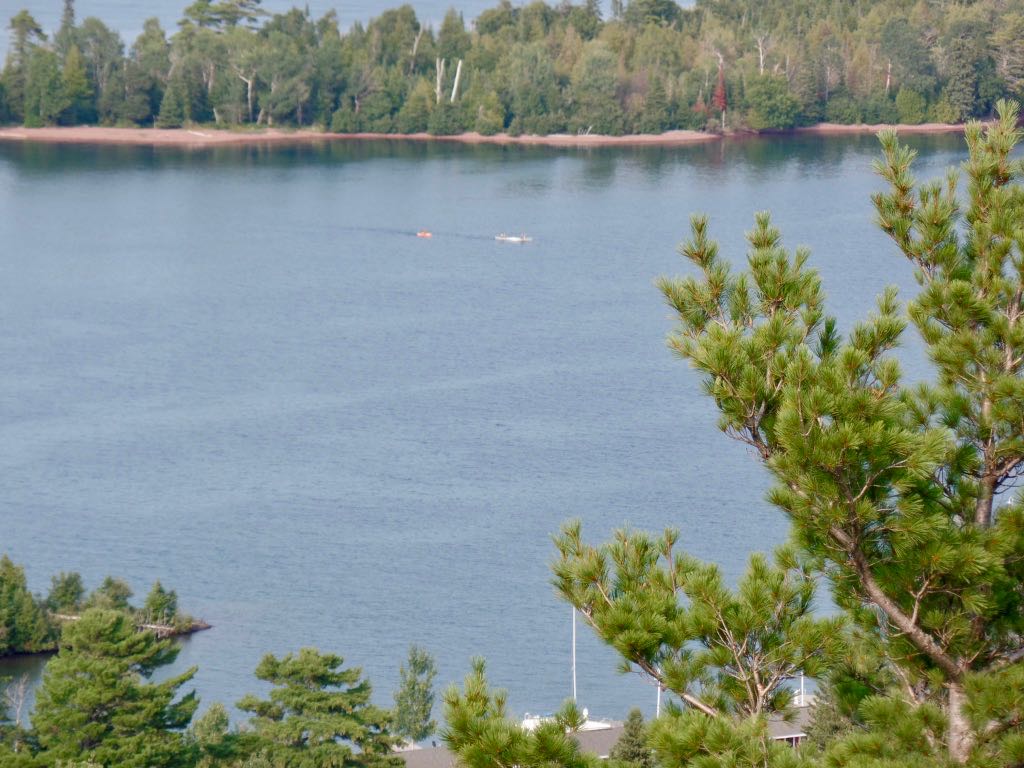 Lake monsters! Or some folks with kayaks, whatever you choose to believe.

I try another panoramic view and somehow it comes out funny. The walls on the left and right of the picture are, of course, the same straight wall. 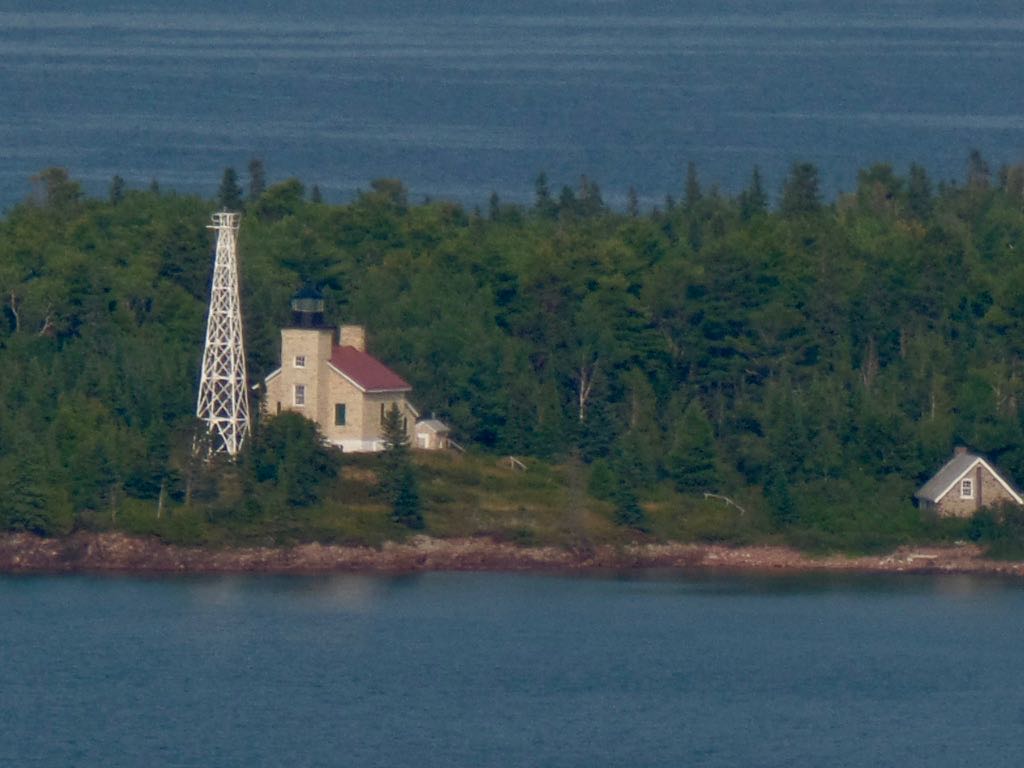 The Copper Harbor Lighthouse. The tower next to it is the structure that's actually held the light since 1933. The lighthouse was automated in 1919. 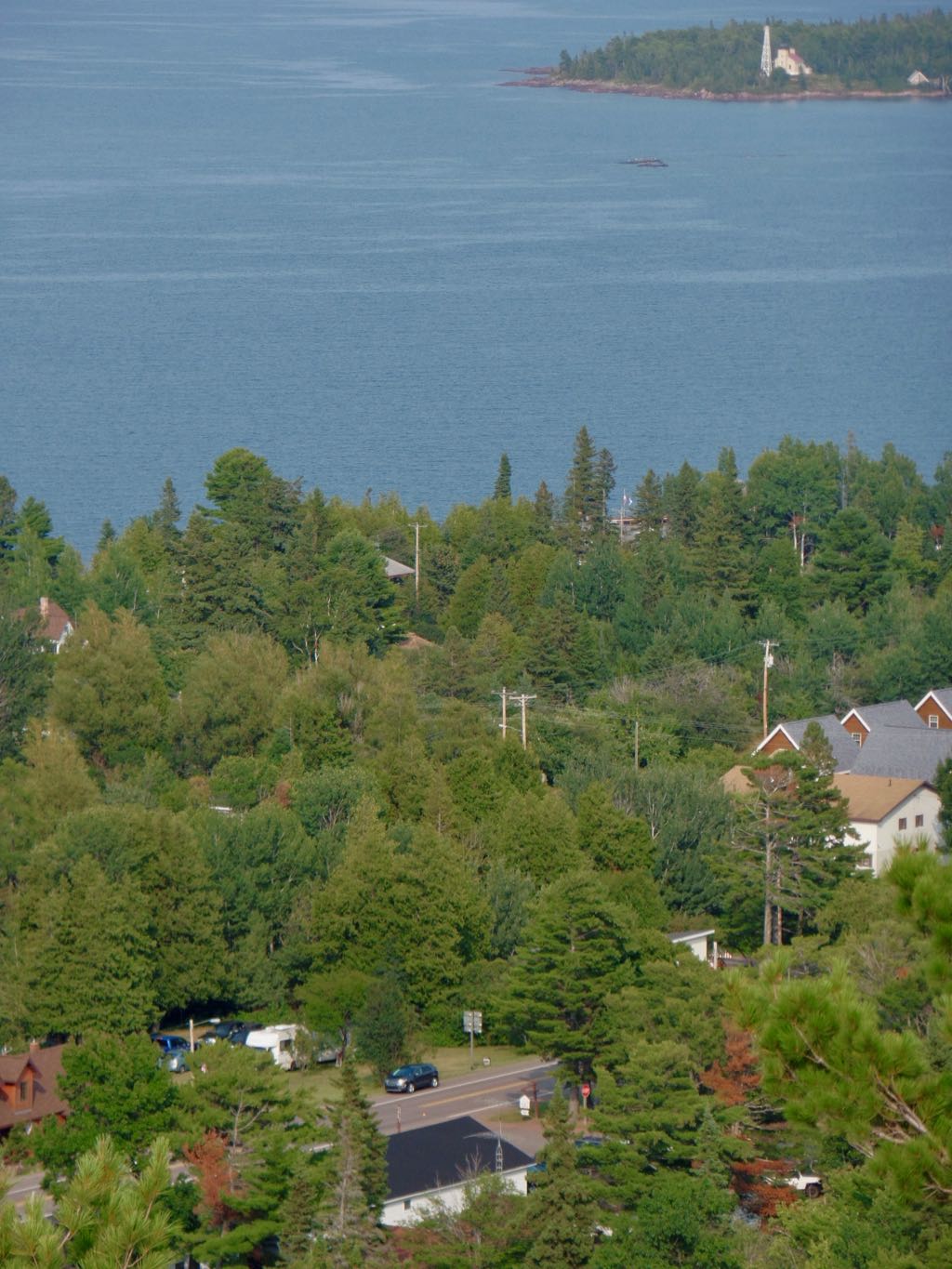 Another nice long view of Copper Harbor and the Lighthouse, across the harbor. 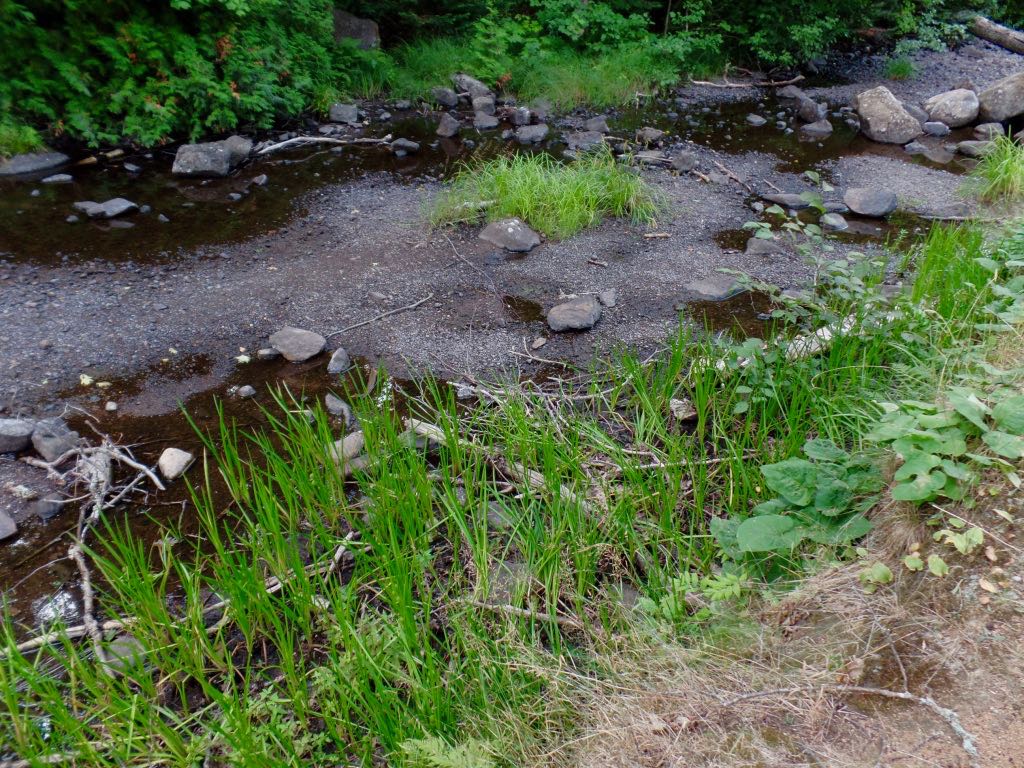 A small creek that I photographed for reasons that now elude me. Maybe we were looking for a letterbox near it? Not sue, but I still like the composition and spread of colors here. 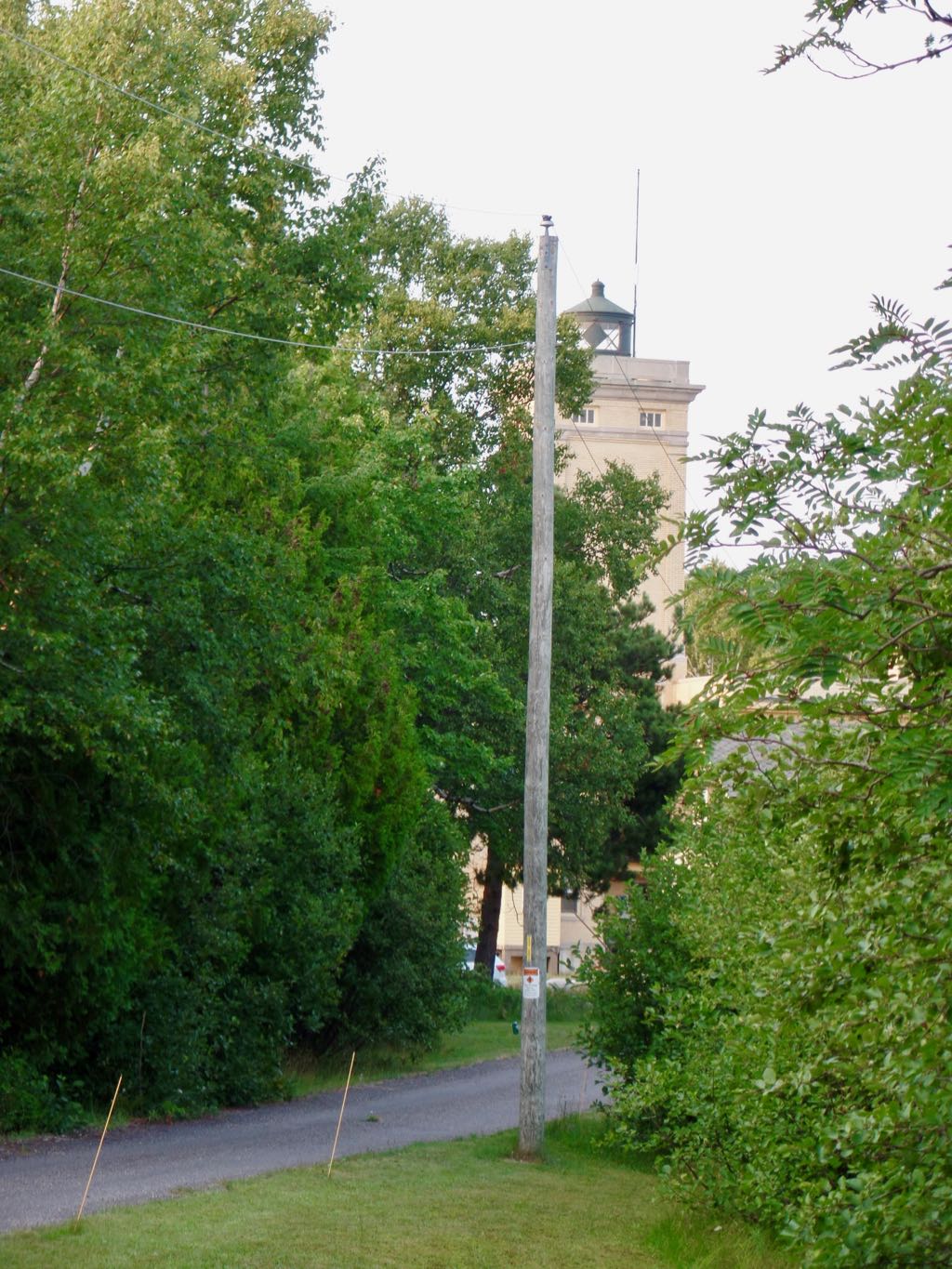 Here's as close as I dared get to the Sand Hills Lighthouse, which is no longer a working lighthouse but is instead a bed-and-breakfast. Unfortunately the owner is willing to let lighthouse-photographers on the property only during certain hours, which we had missed by far. There's a fair chance we could have gotten away with sneaking up to it for some snaps but why pick that fight?

Trivia: The 2000-foot-long, 300-foot-high Kinzua Viaduct, a bridge for the Erie Railroad in northwestern Pennsylvania, was completed in 1882 out of wrought iron. It was replaced in 1900 by a steel bridge. Source: Engineers of Dreams: Great Bridge Builders and the Spanning of America, Henry Petroski.