Where they used to grow

I filled out another week on my humor blog, which you'd know from your friends page if anyone follows it. Or from your RSS reader, if you follow this feed. Or finally perhaps you waited patiently for this summary of what was happening:

Sunday of our Keweenaw 2018 vacation we went to a couple of things. One of them was the upper peninsula's most clickbait-y town. 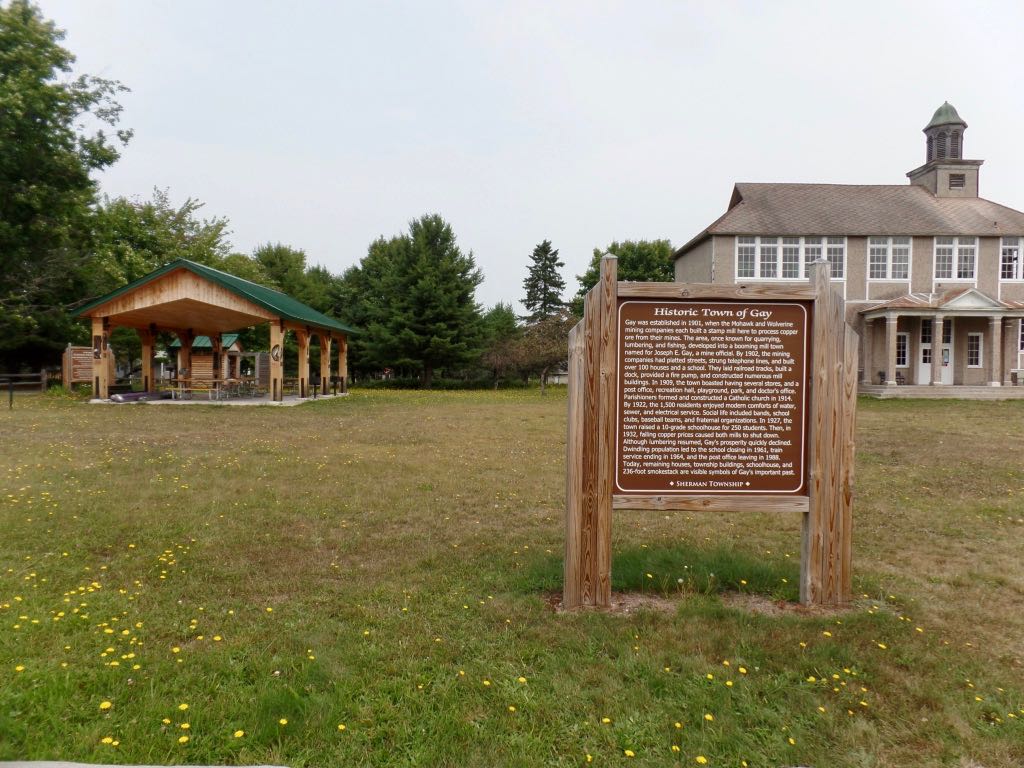 There it is: the Historic Town of Gay. Named for Joseph E Gay, a mining official who we assume had something to do with the establishment of the town, which had a stamp mill to process copper ore. 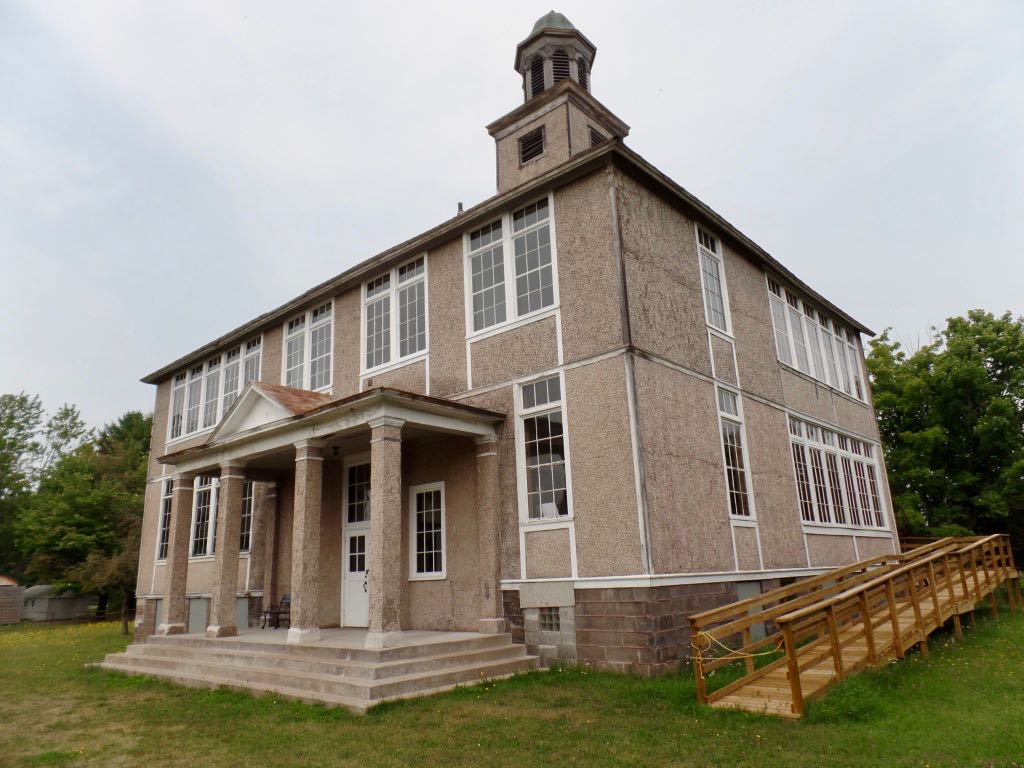 The town's historical museum, which started out as the town's school. 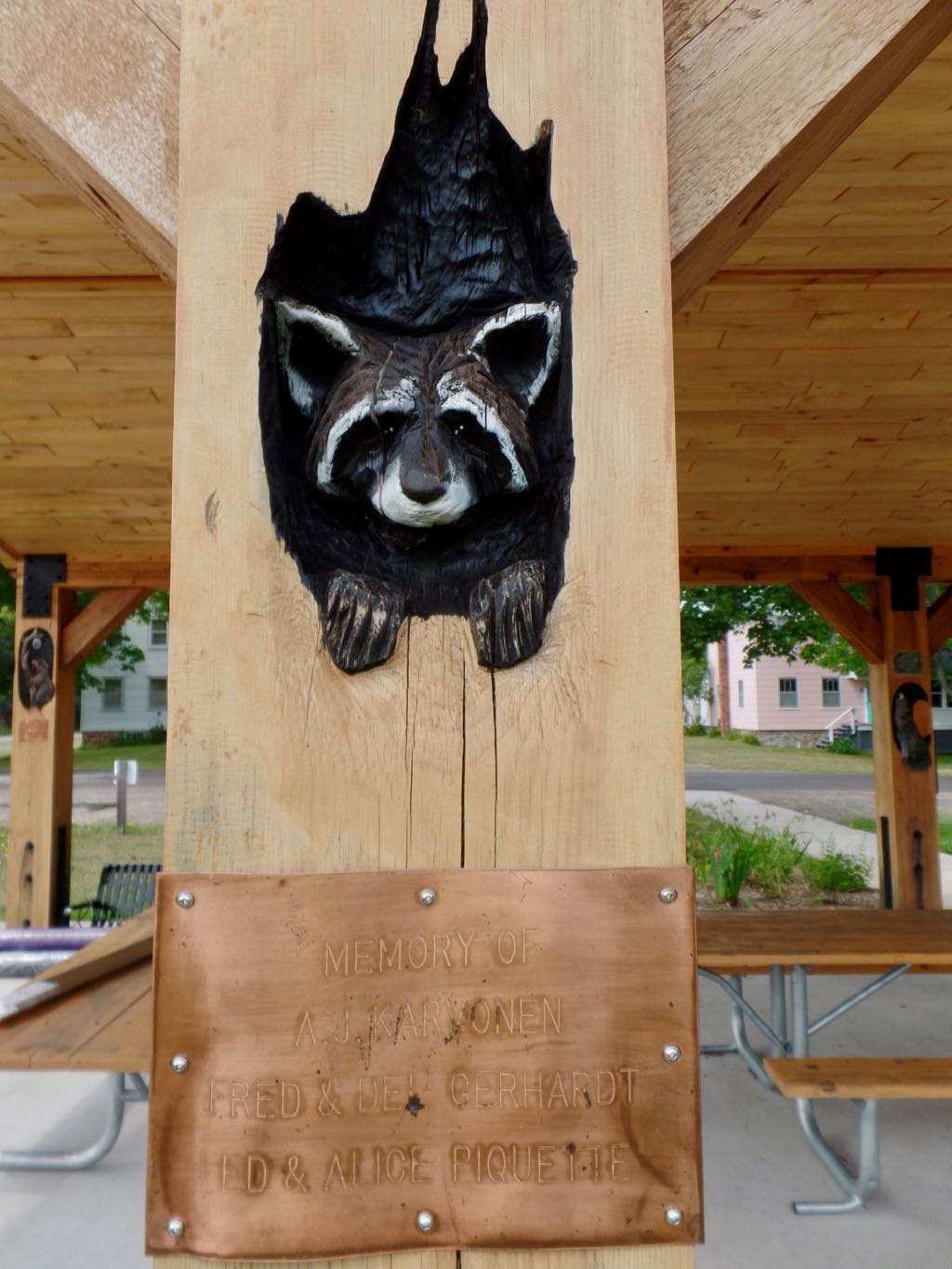 So that little covered patio has figures carved into most of the wooden supports, such as squirrels and owls and the like. And, here, a raccoon. 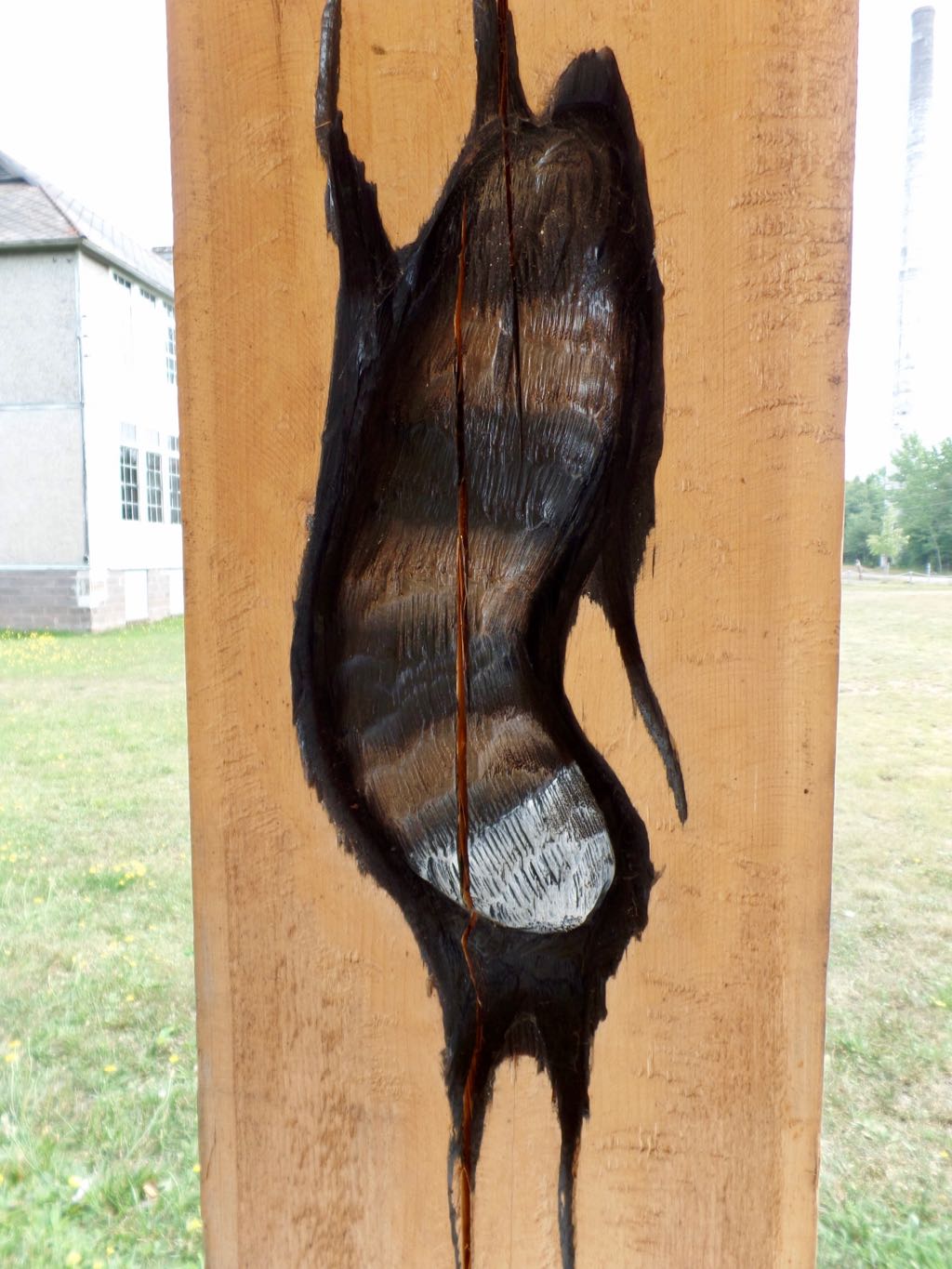 The back of the raccoon pillar. Not all of the pillars have back sides to match their fronts. 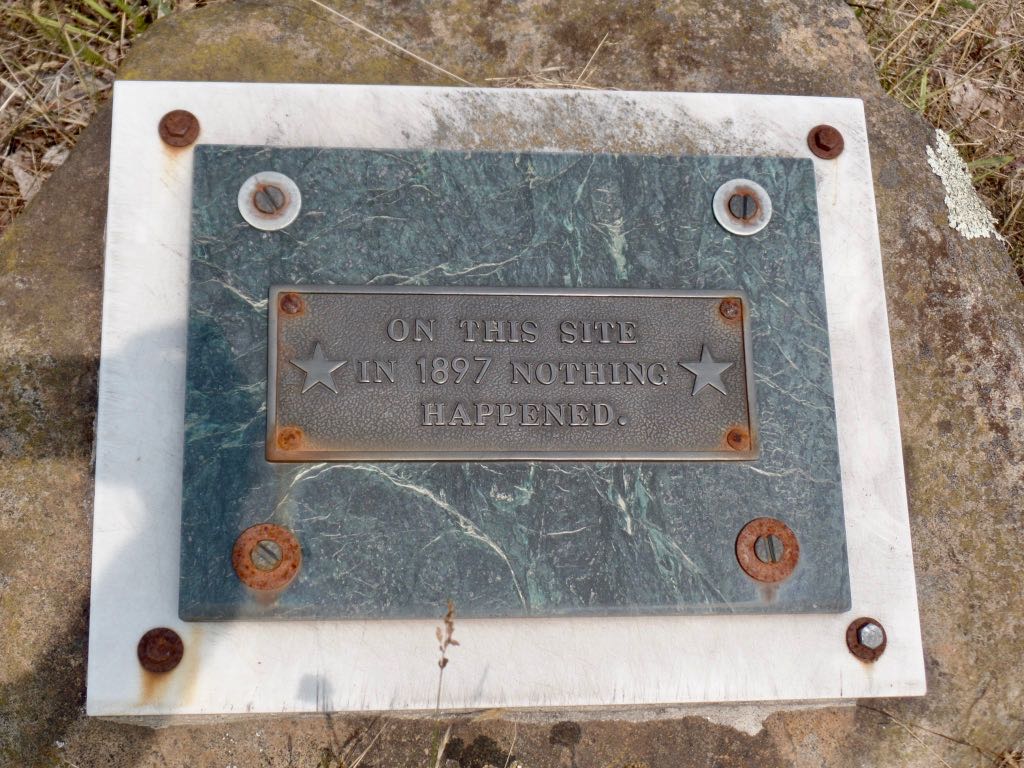 One of the (few) homeowners is a bit of a character and decorated his house with stuff like this. Which I took a photograph of because there is the same joke on a mock road sign in the men's bathroom at Marvin's Marvellous Mechanical Museum. 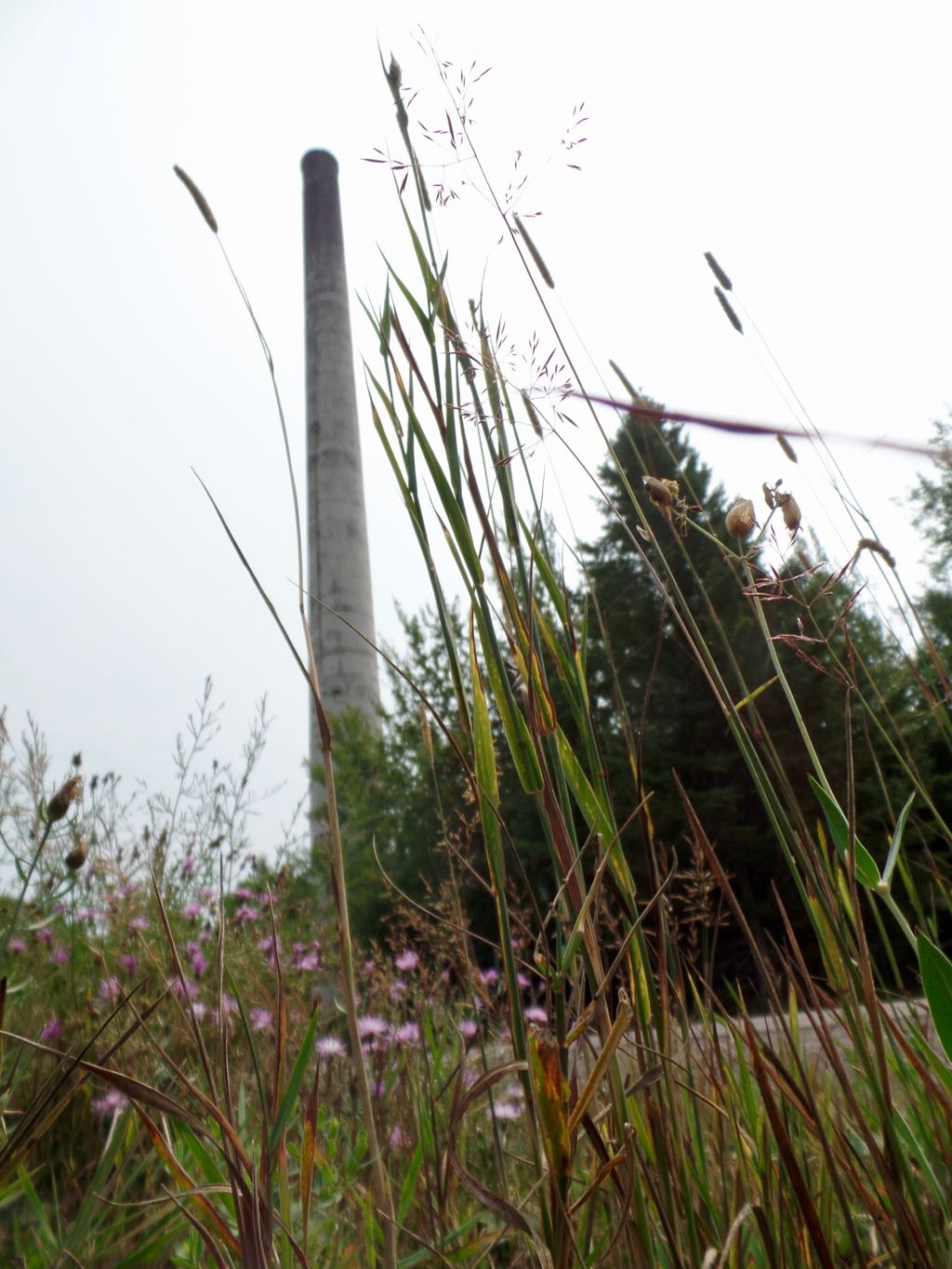 And here is a first view at the thing bringing us to Gay: the smokestack that's the most noteworthy thing remaining of the stamp mill, which crushed ore down into bits of copper (valuable) and everything else (sand). 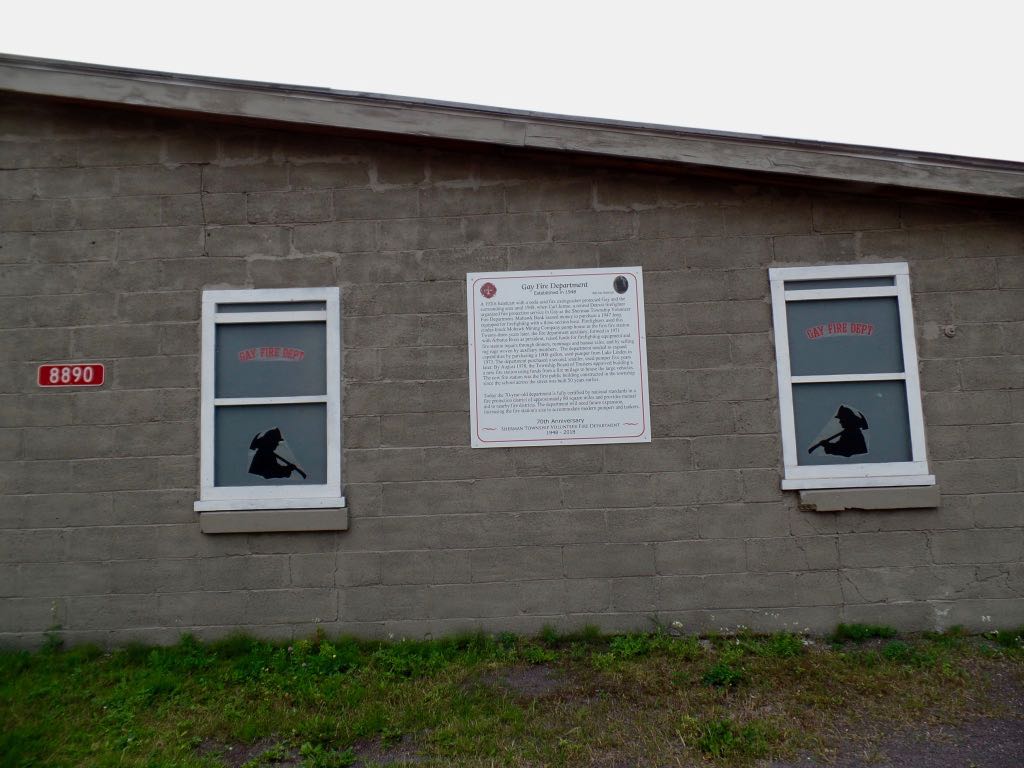 Though Gay is an unincorporated township that doesn't mean it can't have the civic services you'd expect, and that they don't all read kind of like your podcast hosts are going off on a thread that's funny but is maybe in dubious taste. So anyway, here's the Gay Fire Department. ... Yes, you may be wondering about the existence of a particular institution; all I can say is, you'll see. 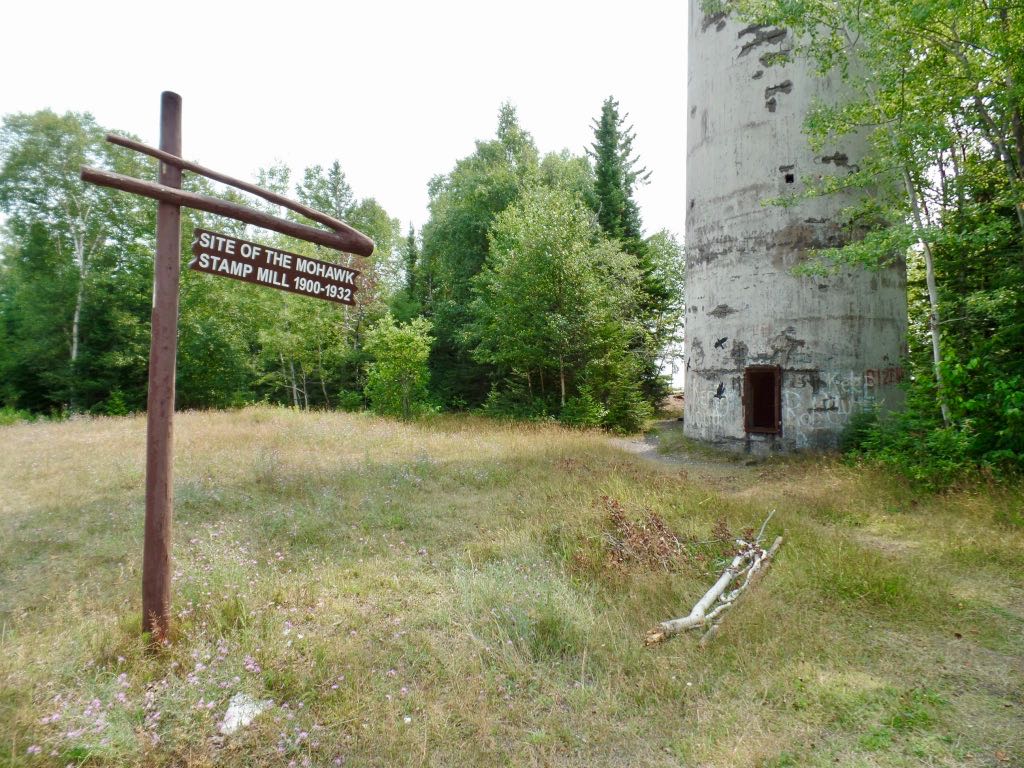 And here's the entrance to the big attraction: the Mohawk Stamp Mill, or what tiny bits remain of it, with the most prominent being its 265-foot-tall smokestack. 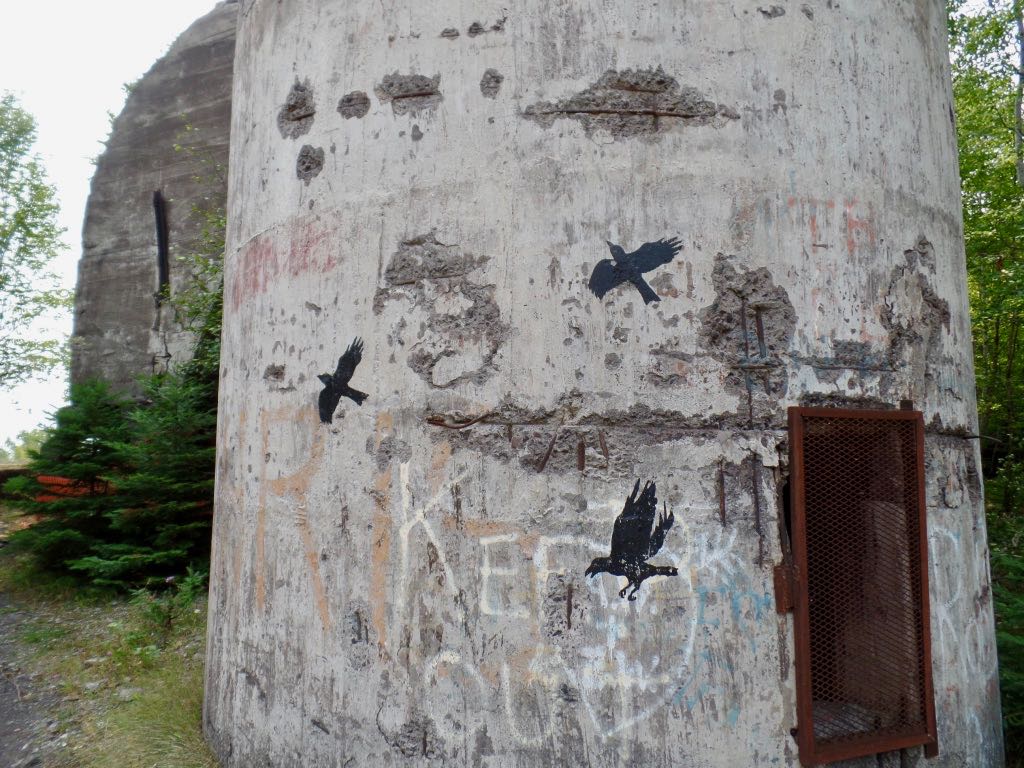 This looks friendly! Also note the crow silhouette decals because the town of Gay is going through its 15-year-old goth girl phase. 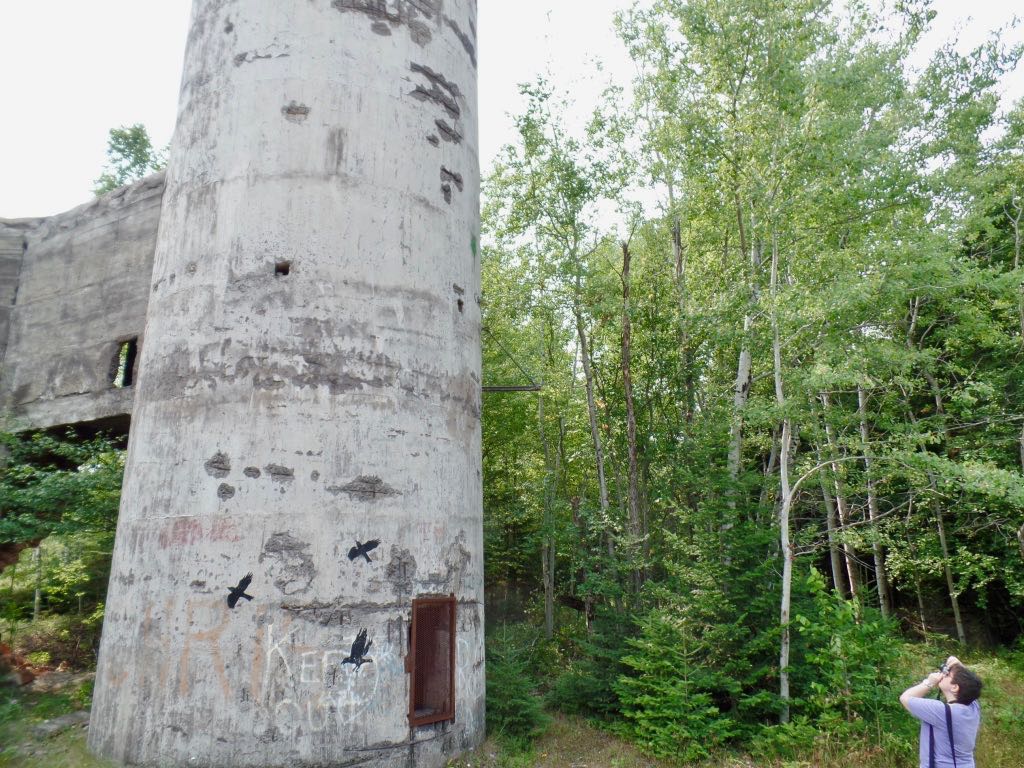 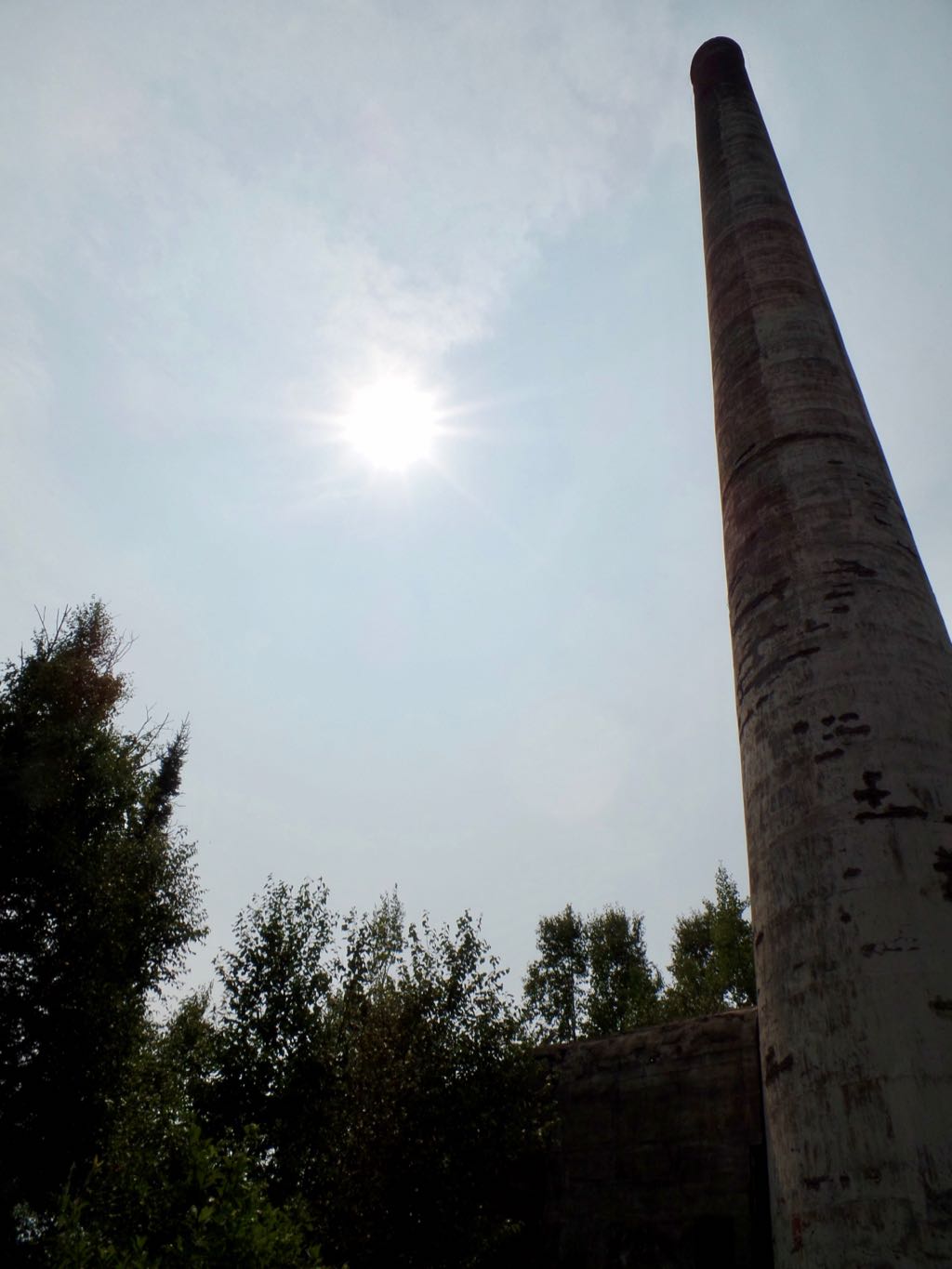 There's the much-awaited picture of staring up the smokestack. 265 feet is about 80 feet taller than the space shuttle stack was, but a hundred feet shorter than the Saturn V. 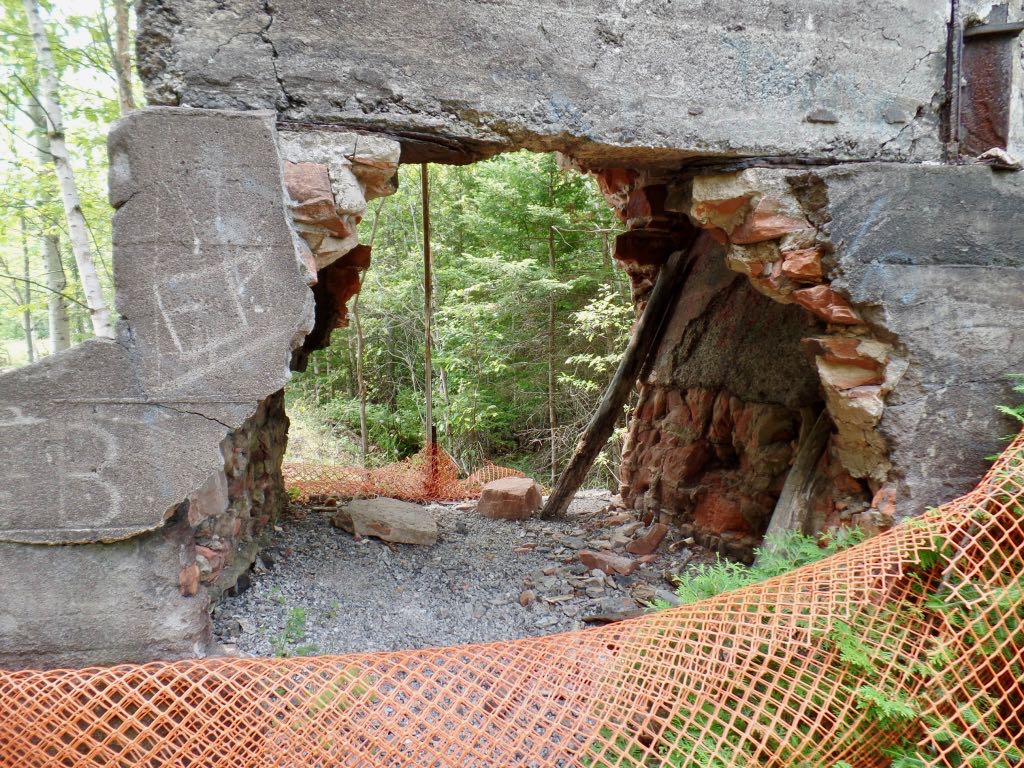 Some of the factory remains leading to the smokestack.

bunny_hugger said the orange fencing around this was new since her last visit, a dozen years before, which reflects either the degradation of the place advancing or people just getting more worried about people prowling over stuff like this.

Trivia: European adults born between 1770 and 1820 were, on average, measurably shorter than previous generations. Source: An Edible History of Humanity, Tom Standage. (Standage doesn't say just how much shorter, and than which generations.)

Currently Reading: Pogo's Double Sundae, Walt Kelly. So here is the special thing about it: with this, I have emptied my Mount Tsundoku. This was the last physical book that I had acquired with the intention of someday reading. Now? ... I have a bunch of comic books, actually, including a whole bunch of Richie Rich, Royal Roy, and Top Dog comics that a friend sent me for reasons mysterious to me also. And some electronic books. And a couple of carousel magazines that I had bought, but those were with the intention of supporting the Merry-Go-Round Museum and reading Rapid T Rabbit's column more than anything else. So we'll see what runs out first, that heap of stuff and my reluctance to read e-books or the libraries not loaning out anything. Or, of course, me reading any of the many perfectly fine books that

bunny_hugger has and that I am welcome to enjoy.

PS: How April 2020 Treated My Mathematics Blog, my usual readership review for that blog.