Drivin' in my car through the ruins of Santa Fe

Held it together another week on my mathematics blog. And what did that all look like?

Back to pictures. We'll close out Lake Linden here, although this doesn't end our last full day in Keweenaw 2018. There's somewhere special yet to be photographed. 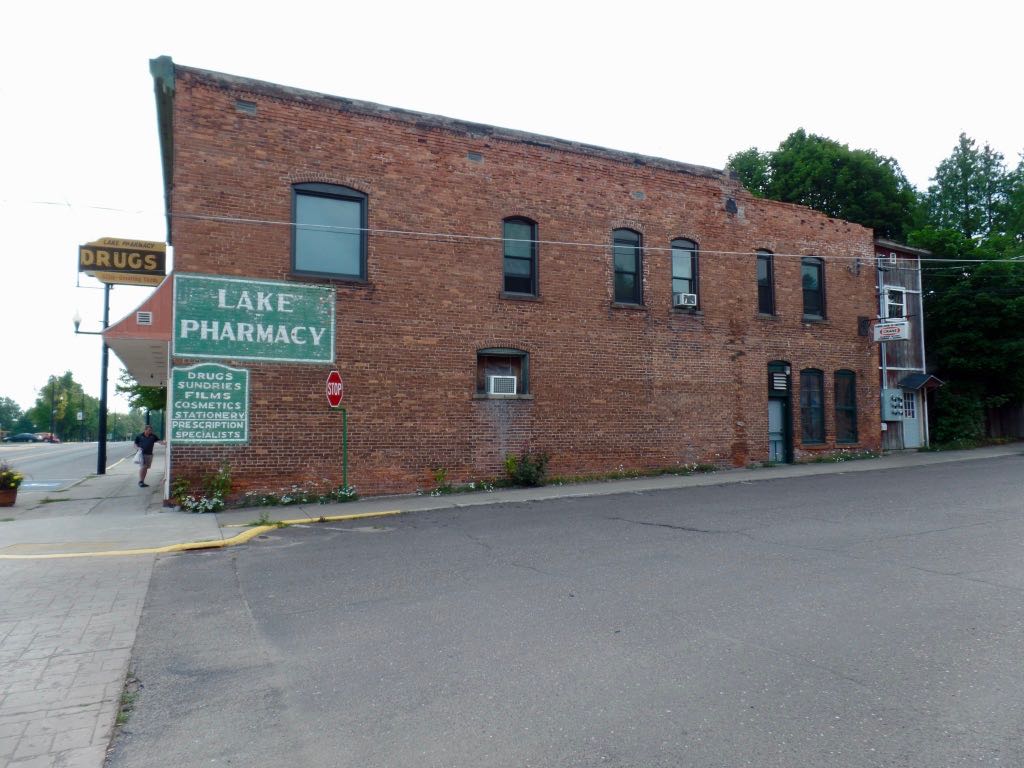 The shuttered, I believe, Lake Pharmacy, but don't you love a place where you could get both sundries and film? I do, too. 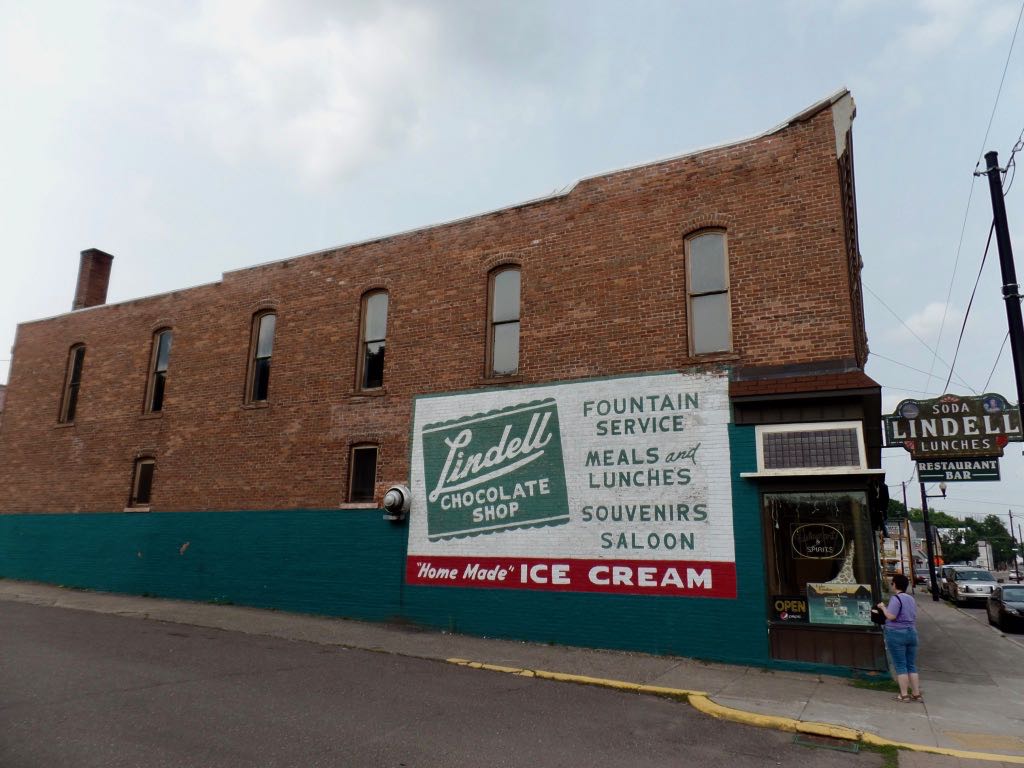 And here's the painted brick advertisement for the Lindell Chocolate Shop. The promise of ``Home Made'' Ice Cream is reassuring. 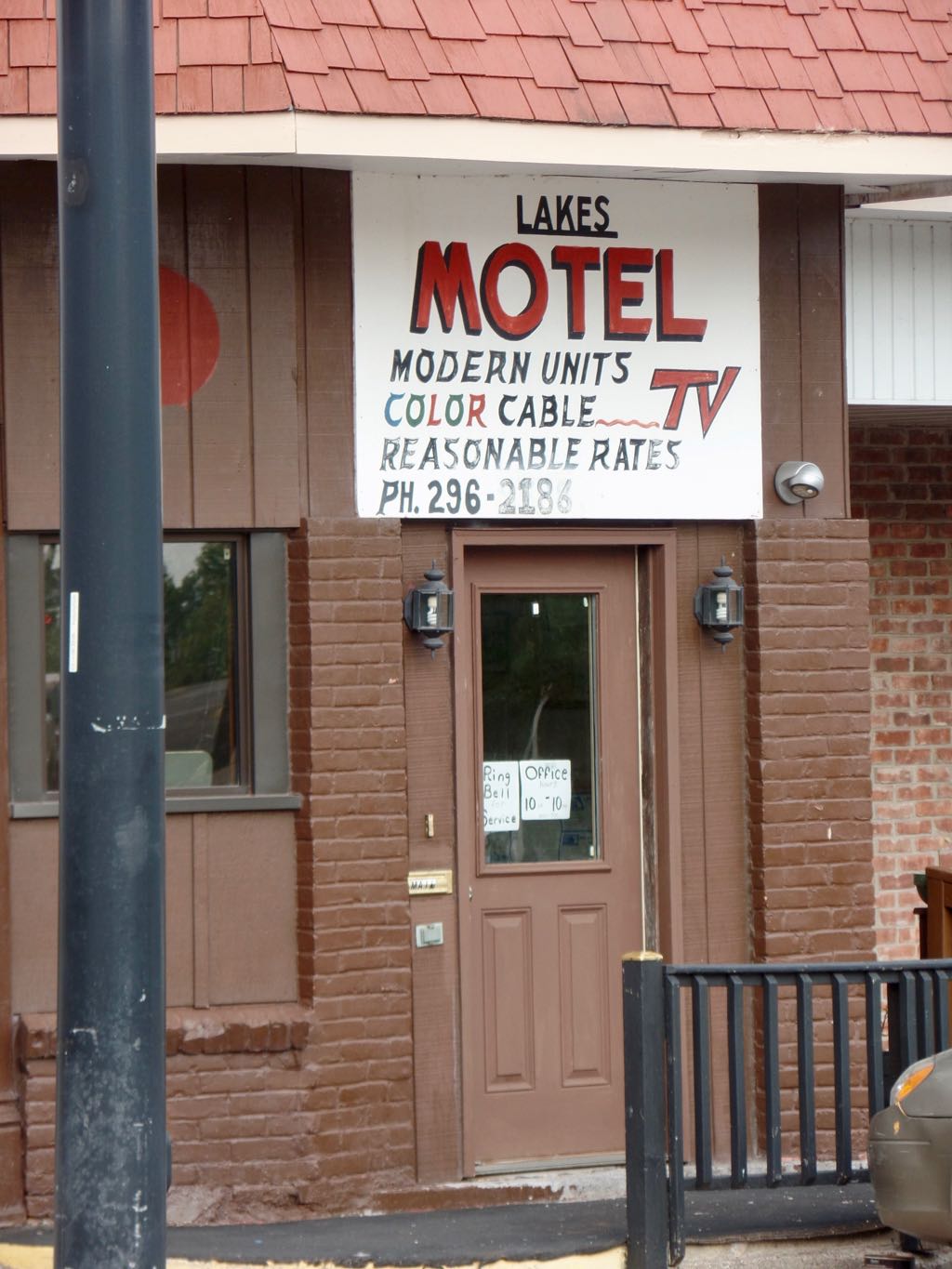 The front door for the Lakes Motel, which is wonderful especially for the promise of color cable TV. 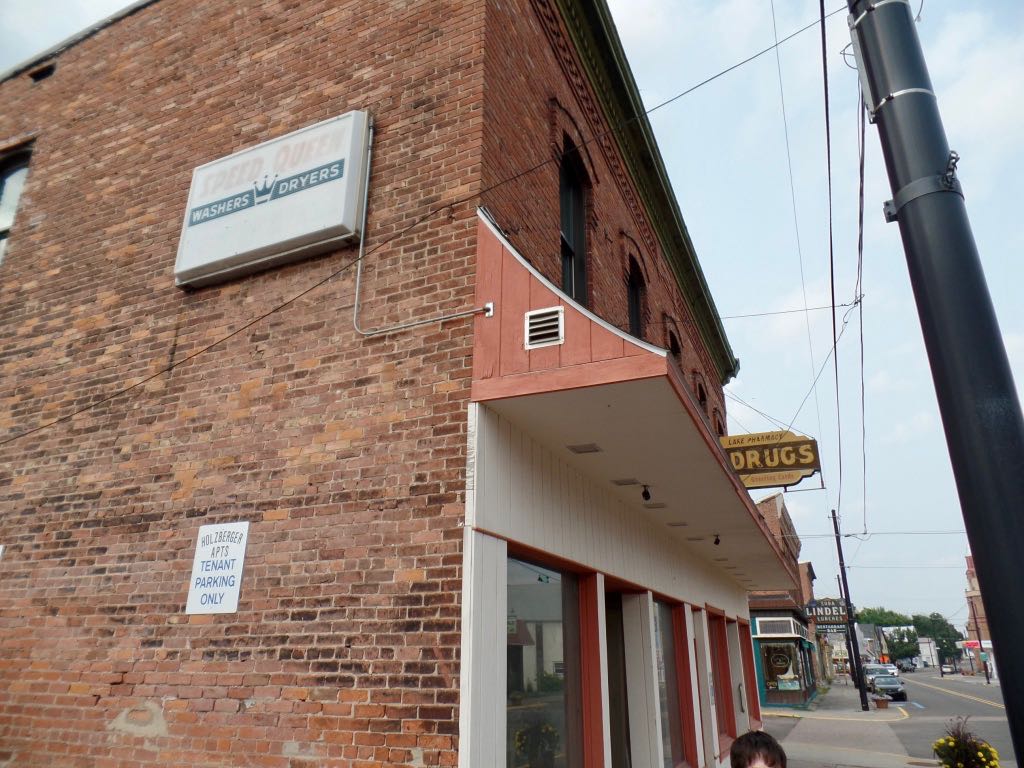 The faded but still visible sign for Speed Queen washers and dryers was delightful. Also you get to see the other side of the Lake Pharmacy drugstore. 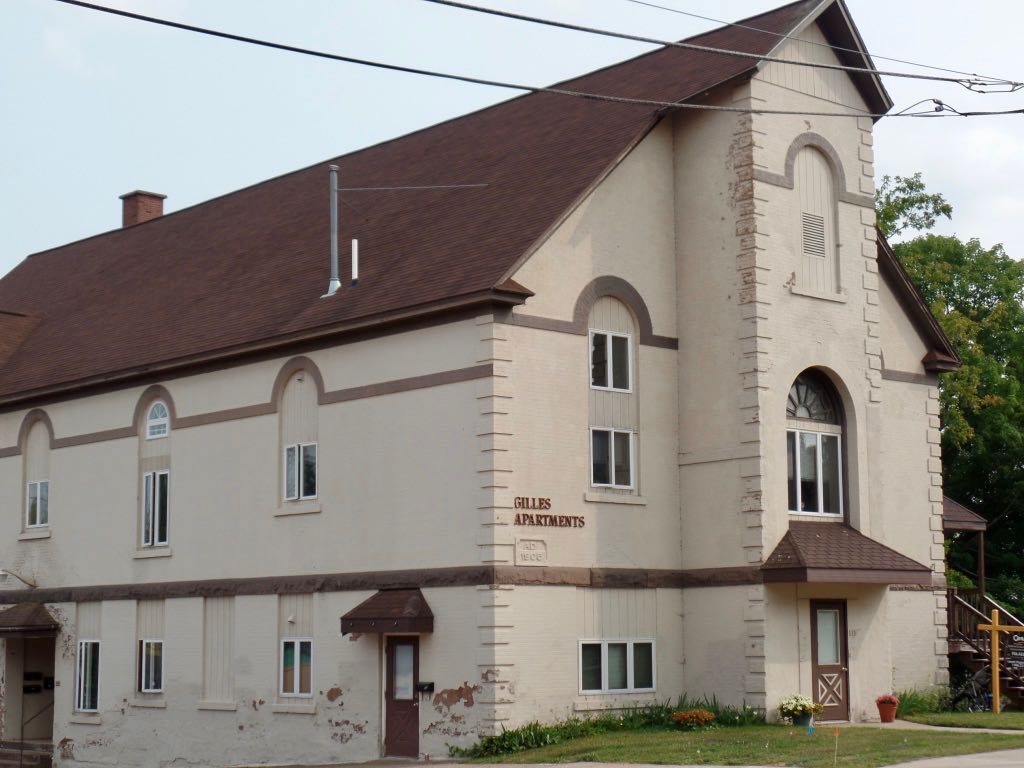 The Gilles Apartments, with a building put up in, it says, 1906. We suspected it was originally built as something else. 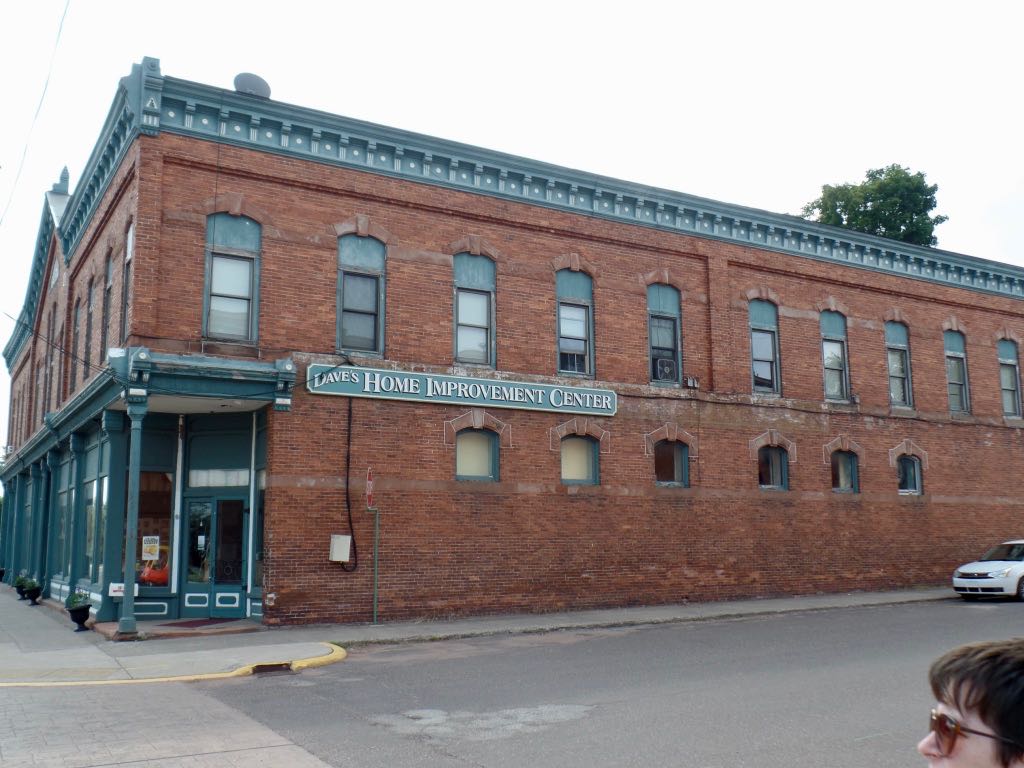 The lovely side face of Dave's Home Improvement Center. Look at those windows. 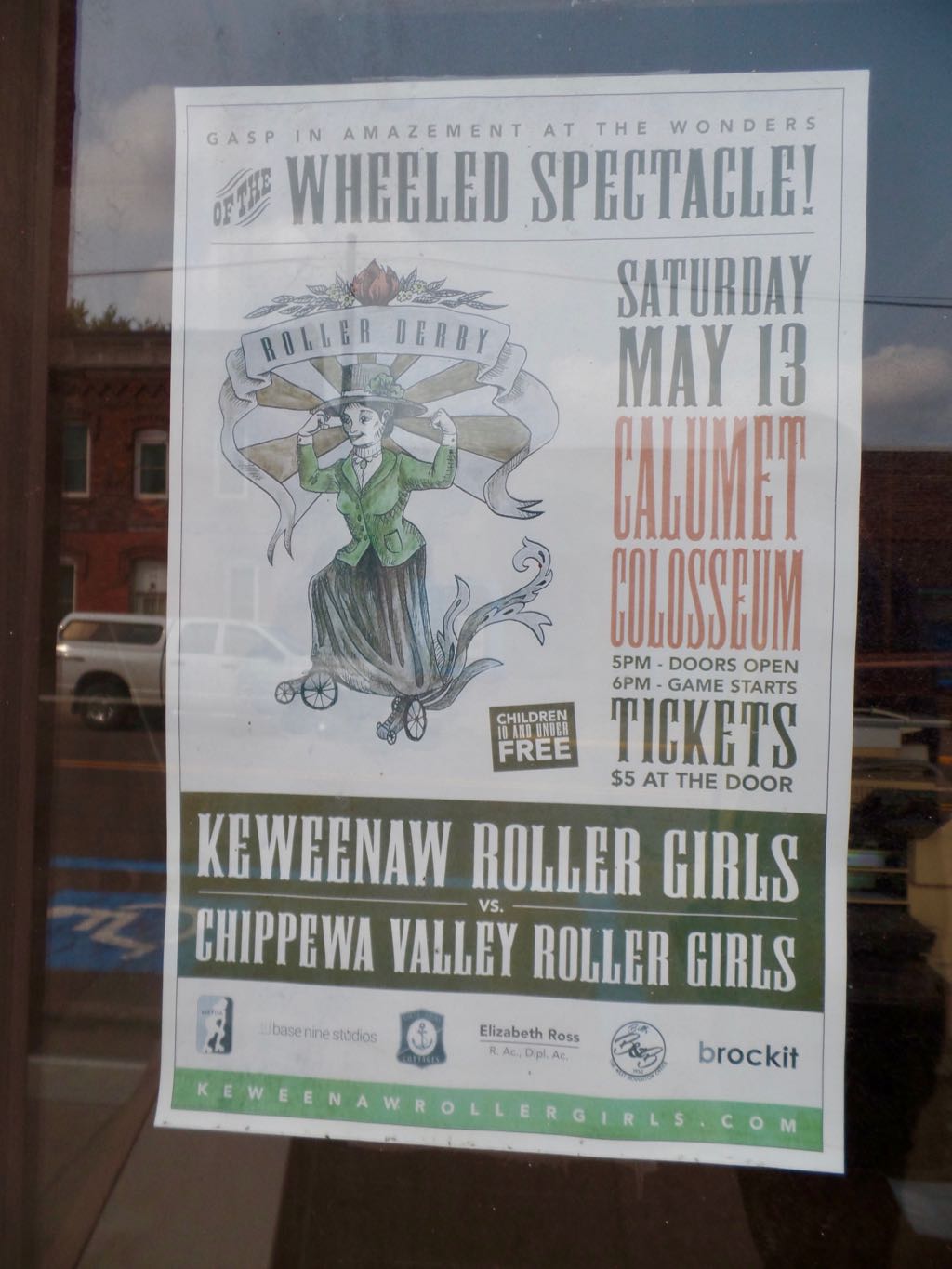 So it turns out there's a roller derby scene in the Keweenaw peninsula, although we missed the event by only ... uh ... three months and six days. 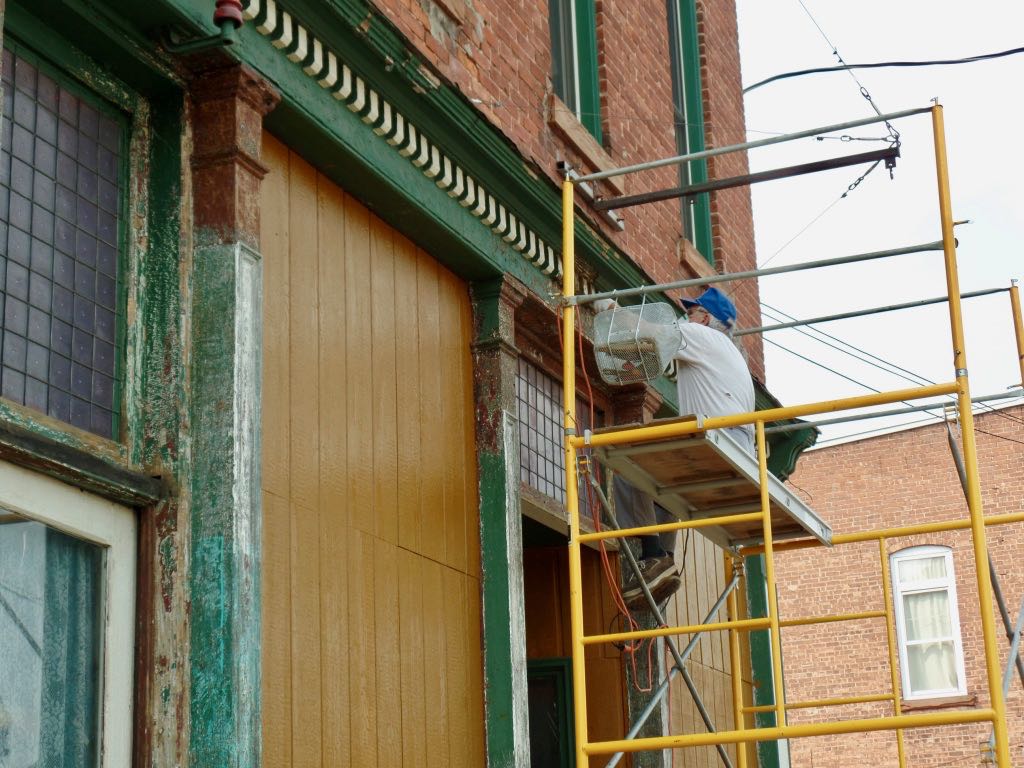 Someone using the Sunday afternoon (it was like 4:30) to scrape old green paint off this building. 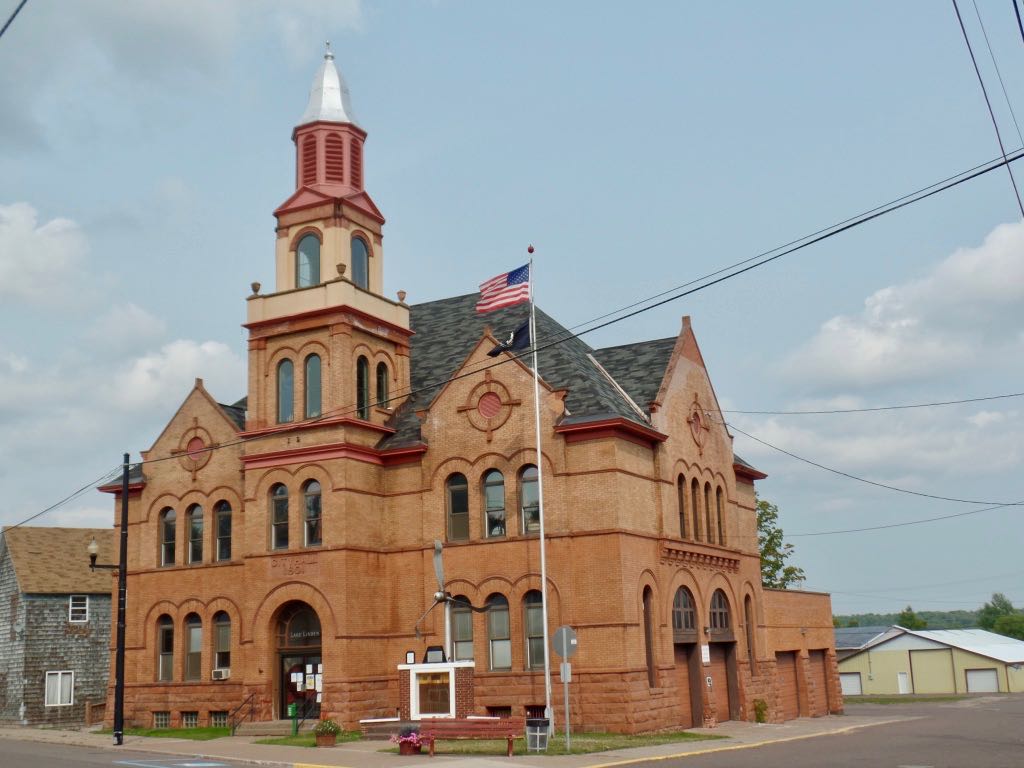 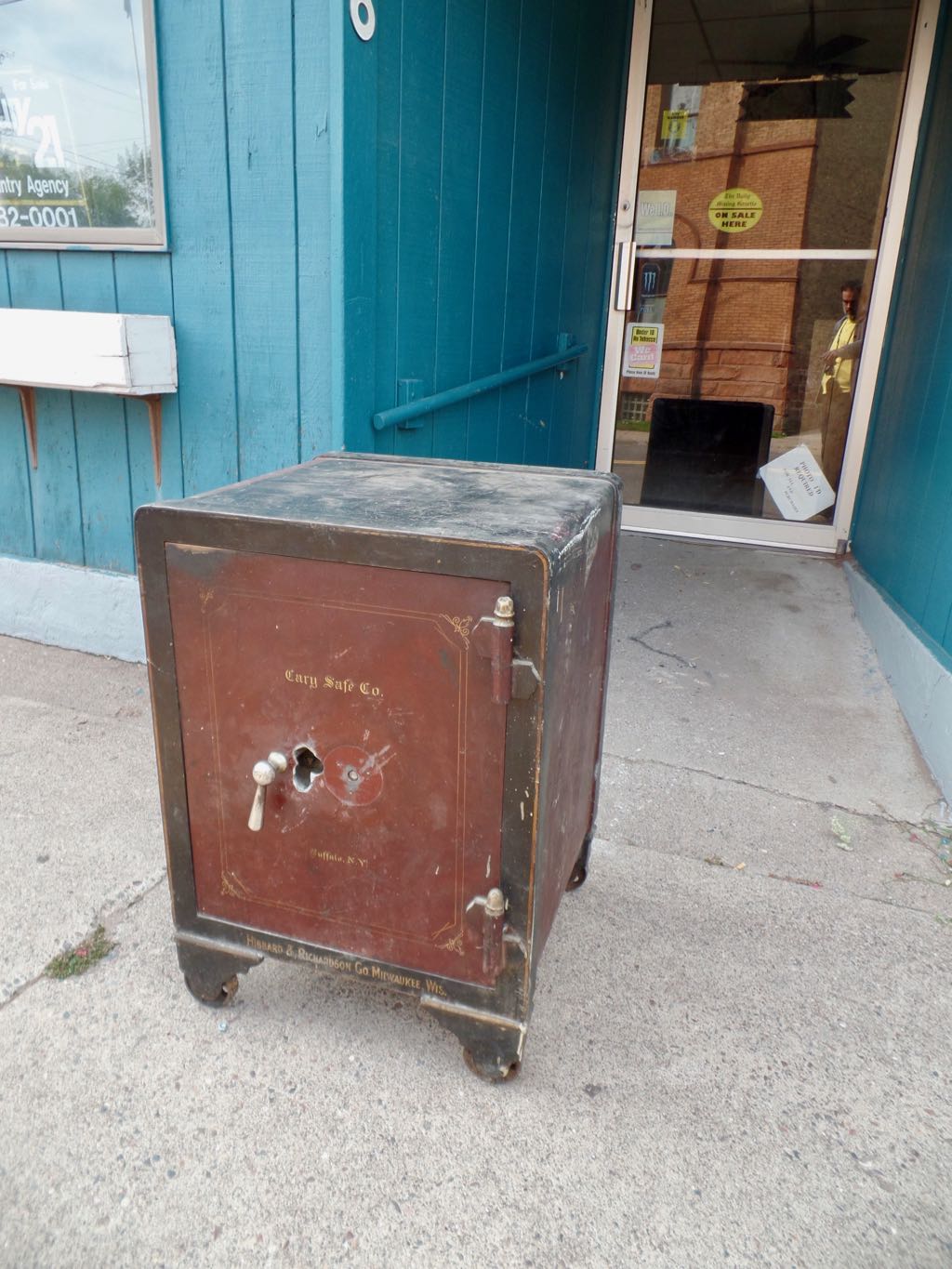 So here's a mystery: the (tapped) Cary Safe Company safe, sitting outside an apparently empty building that seems like it was most recently a convenience store, based on the door posters about how they ID and all that, but that's up for sale through Century 21. 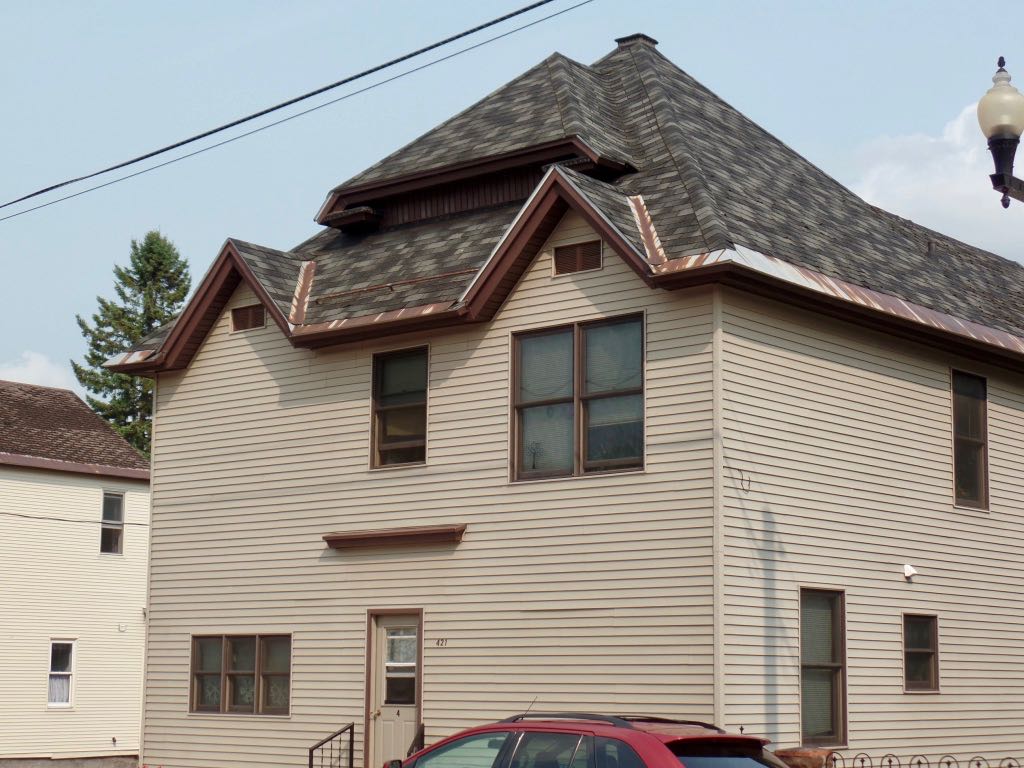 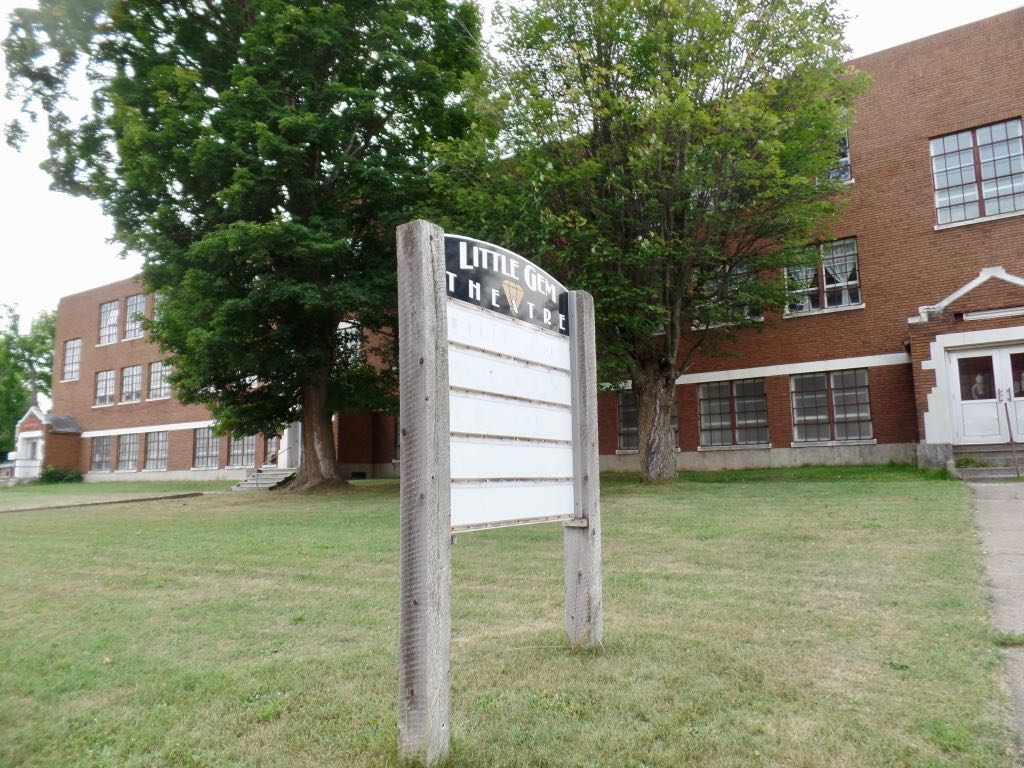 The Little Gem theatre, using space that used to be (I think) the Catholic High School. I didn't get a photograph showing what the then-current production was. 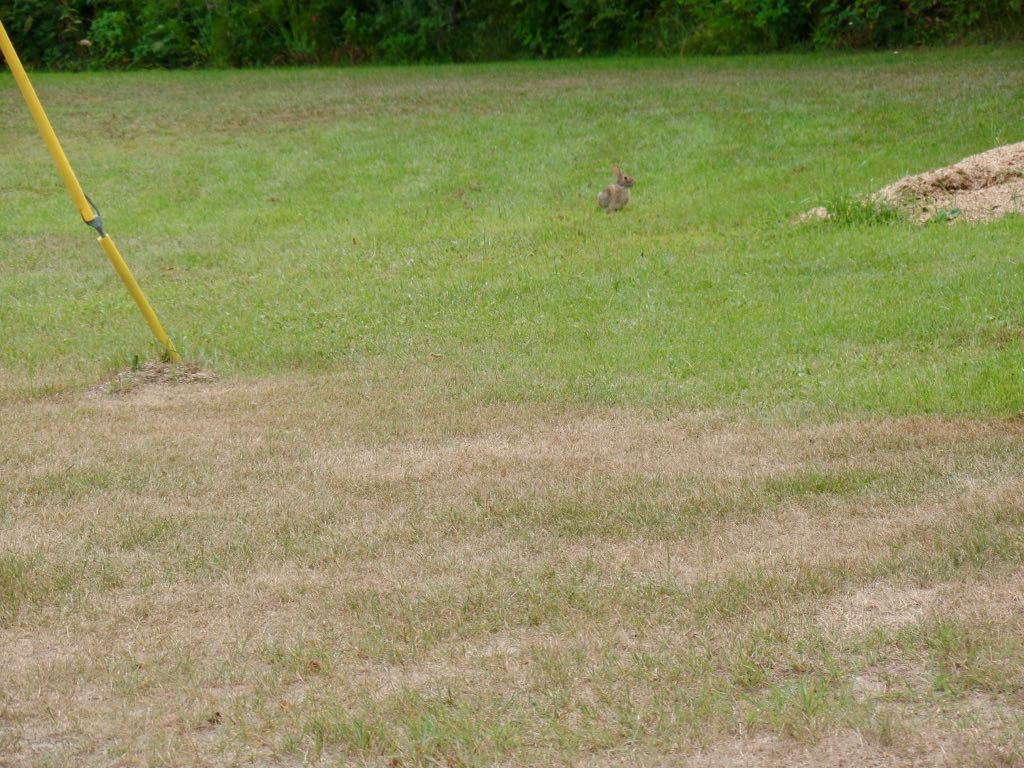 After Lake Linden we drove out looking for Rabbit Island. Not that we could get onto Rabbit Island, although my satellite navigator tried, giving us directions that included driving on a road imaginary even in its own database. Like, it just had us going on a line out into the water. I should have taken a picture. Anyway, we stopped in a small block of houses as near to Rabbit Island as we could get, and on the mainland, look what we saw. 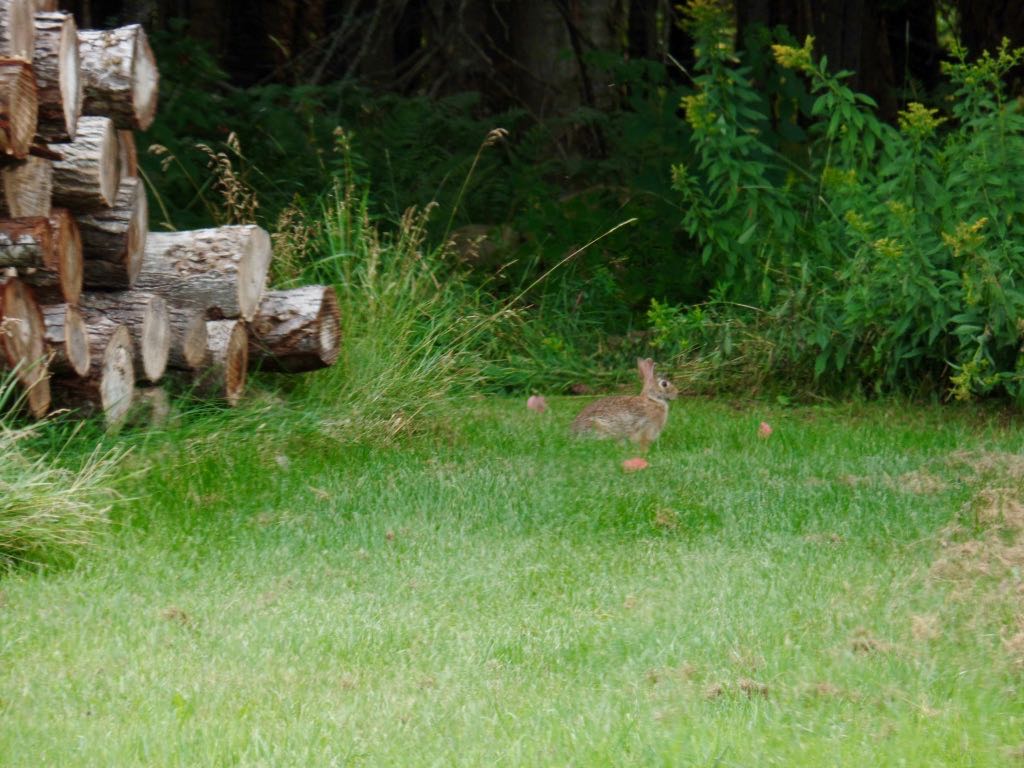 I spotted the rabbit first, since the Island was out past my side window and I was looking at

bunny_hugger and noticed this bun out past her window. 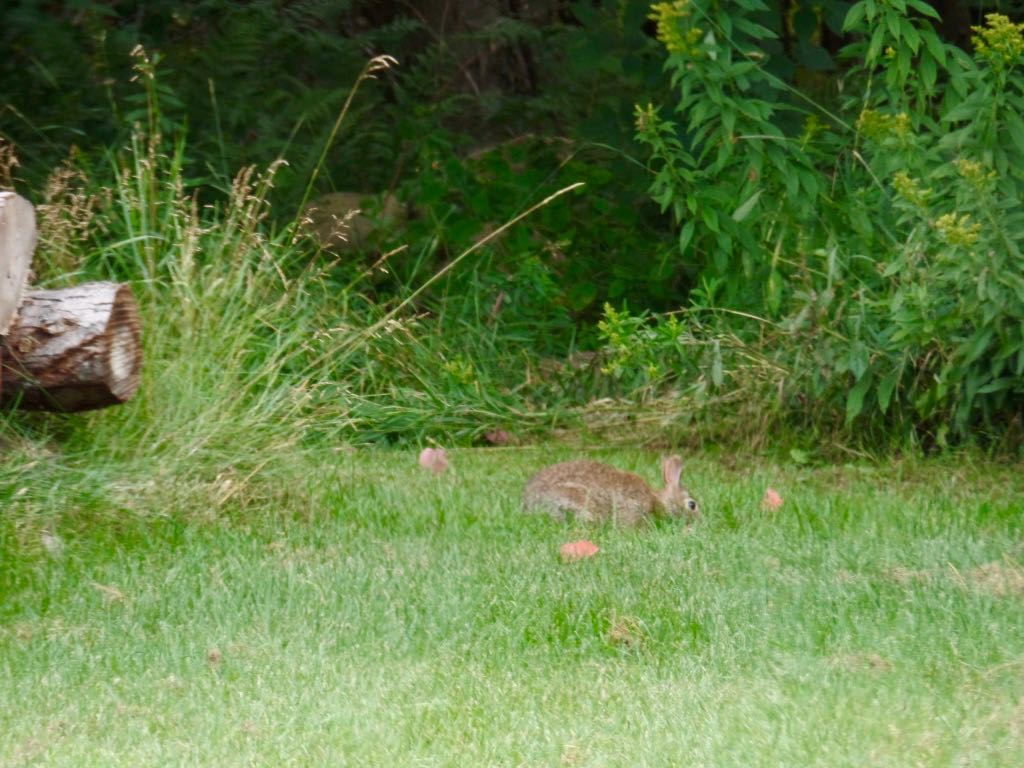 Also I think one of these photos initiated my habit of starting each month on Twitter with a tweet reading 'Rabbit, rabbit' and two pictures of bunnies. 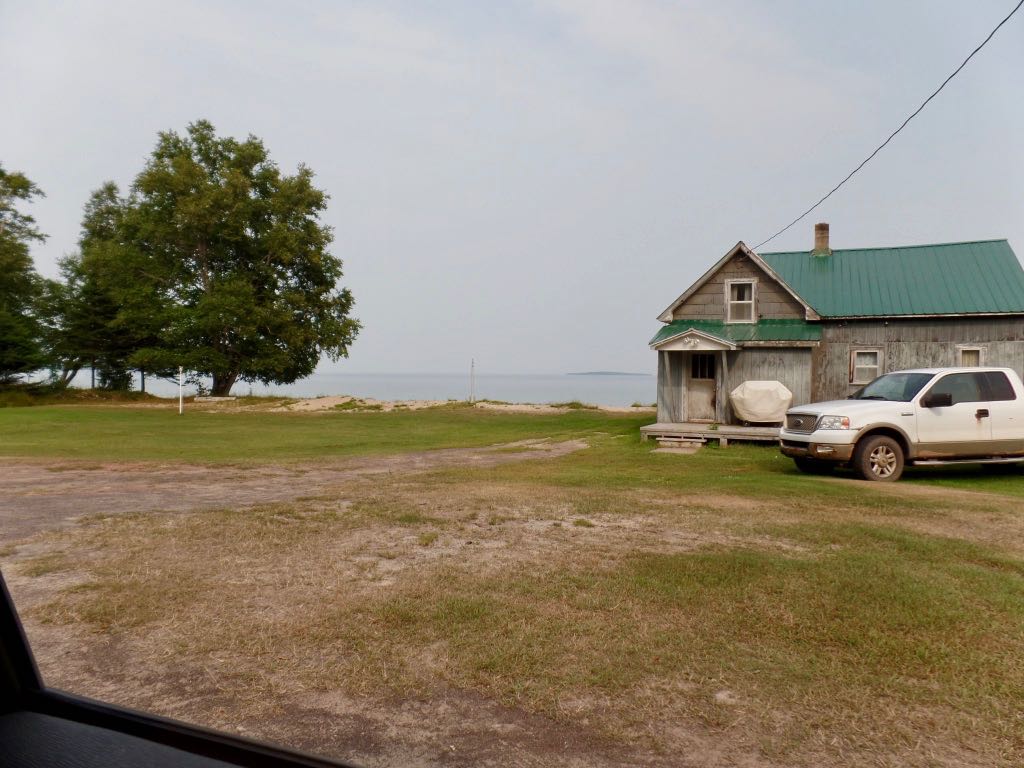 Anyway, this is the bundle of houses we were near. Do you see Rabbit Island out there? No? 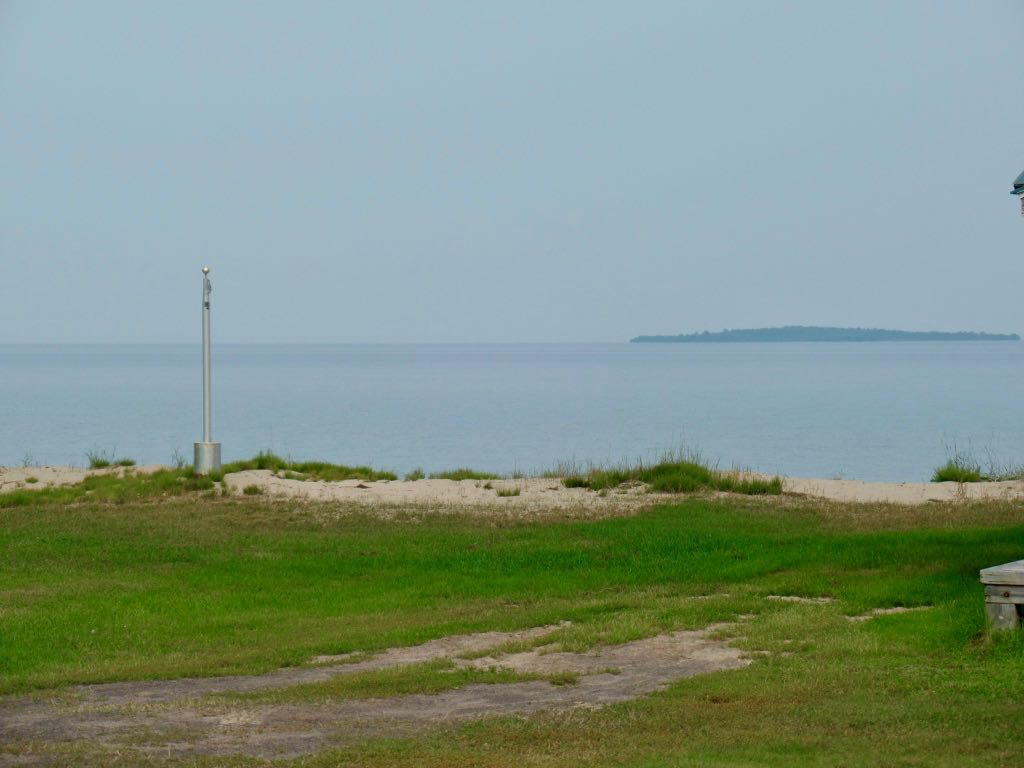 There, that's where it was. I have no idea how the satellite navigator thought we were going to get there.

Trivia: By the fall of 1837 the Macedonian, intended as flagship for the United States South Seas Exploring Expedition, had been outfitted with a forced-hot-water heating system, to protect it from Antarctic waters. Source: Sea of Glory: The Epic South Seas Expedition, Nathaniel Philbrick.

Currently Reading: Miscellaneous Harvey, Marvel, and other comics. Including finally some Royal Roy comics. I knew it was a Richie Rich clone but I did not realize just how cloned it was. Anyway, this wraps up the comic books I've got so now I venture into new and unexplored territory ... e-books. I know, right?