I've taken to walking around town, as a nearly daily bit of exercise. Today, I walked from home all the way to the Frandor shopping mall and back, looping around a couple of spots including the Jersey Giant sub shop and the Big John Steak and Onions sandwich shop that I would sometimes drive to for lunch. It took more than an hour to do the whole loop, but not that much more than a whole hour. It's surely good for me, but also it's stunning to think that so many places are becoming walkable range. At least when it's not raining or snowing or bitterly cold. Still it's a pretty poor tradeoff for all this ruin.

So that's local news. How about the other end of the state, the Keweenaw Peninsula during our last evening there back in August of 2018? 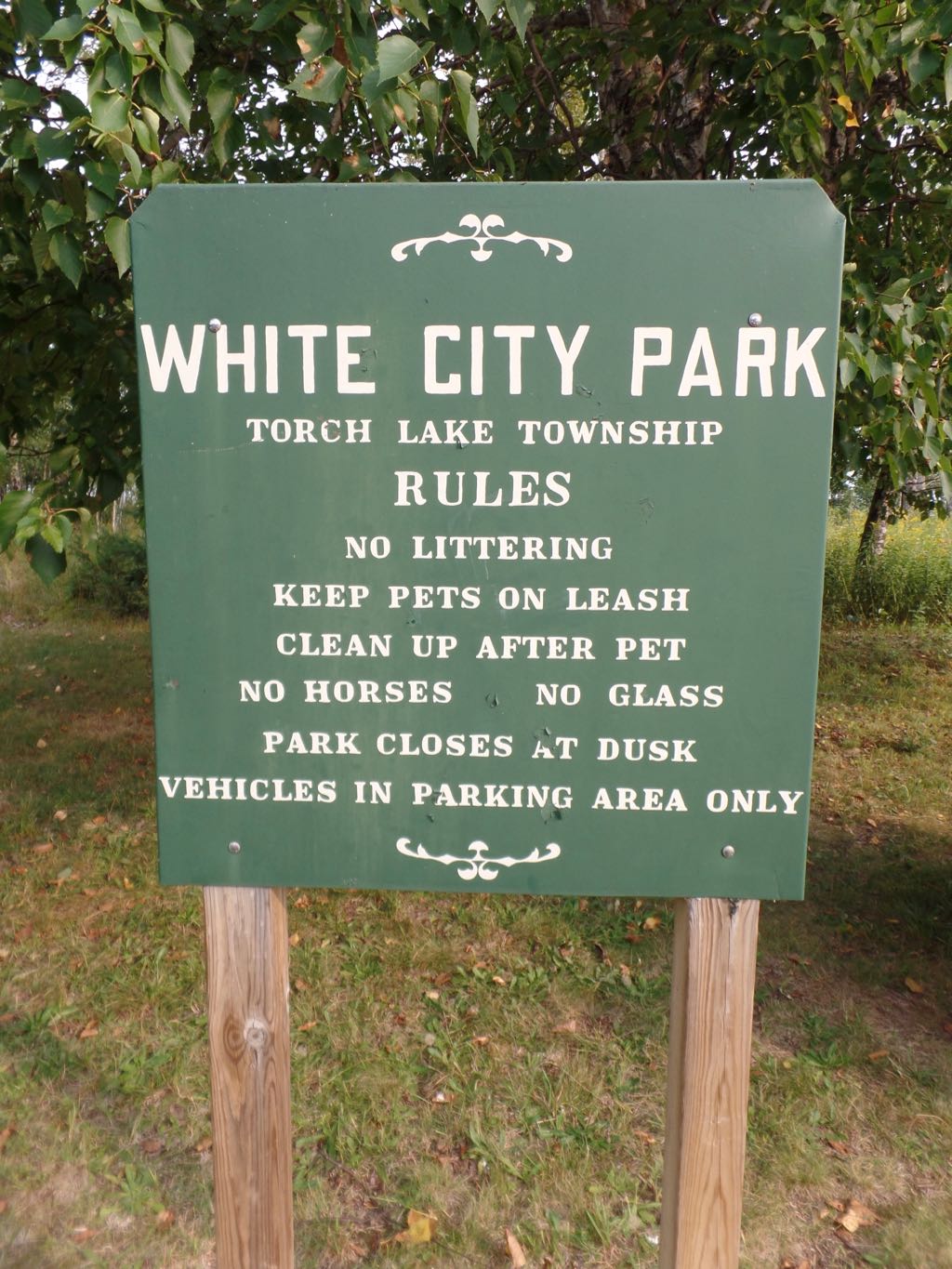 Our Sunday evening: White City Park, a beach. And, a century ago, an amusement park, one of many styled after the Columbian Expo's midway. There's no trace of the park, of course, which is not to say we didn't look. 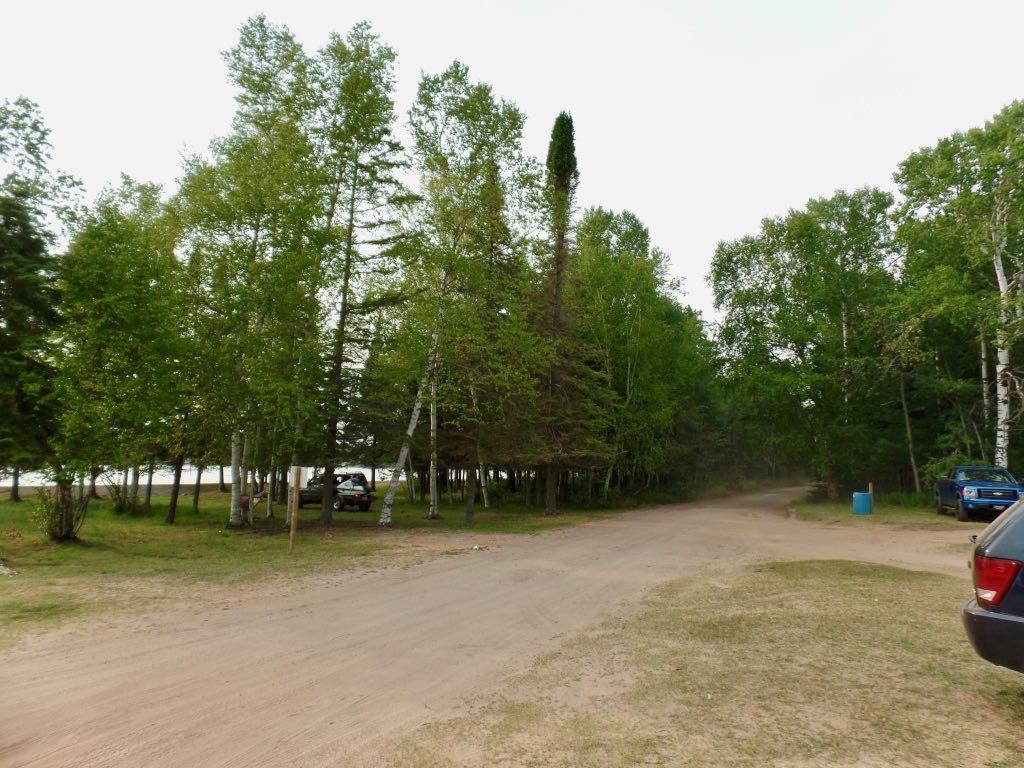 Like, for example, we somehow got the idea that the roller coaster would have been somewhere around what's now this grove of trees, and might there be one of the foundation pillars still around, a cylinder of cement otherwise doing nothing? ... Not that we could tell. 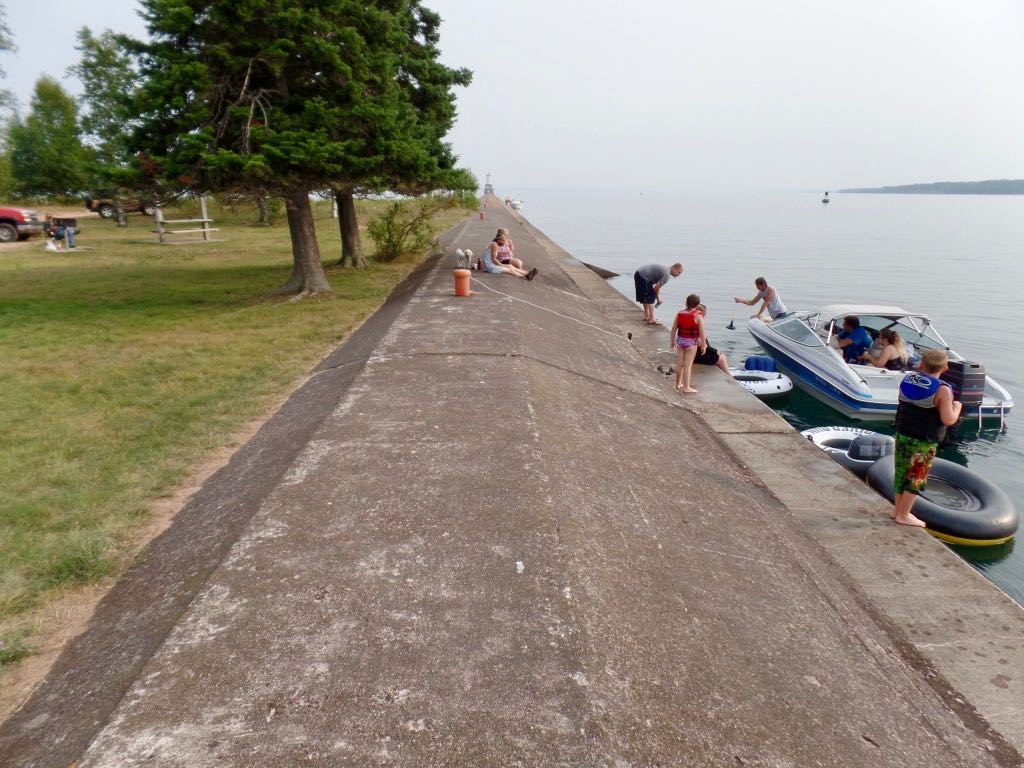 The park is at the end of Portage Entry, the river/canal system leading to Portage Lake and Houghton and all that. Here's the breakwater protecting this corner of the park from the waters of Lake Superior. 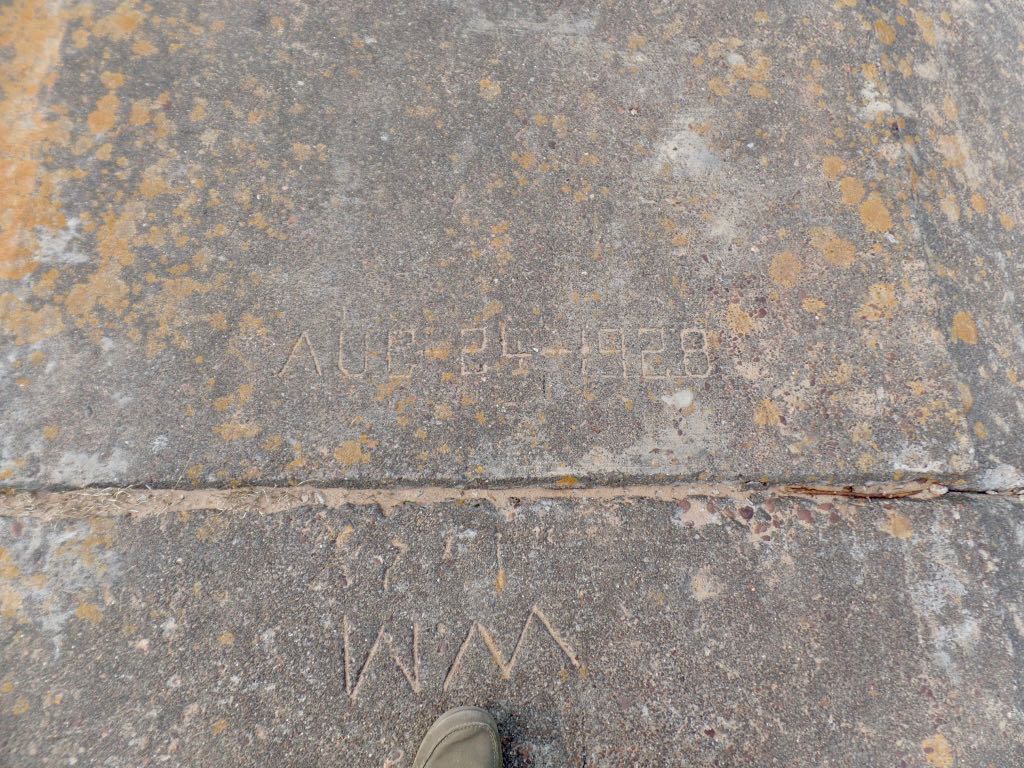 A date of August 24, 1928, carved into the breakwater concrete. Which means it was built after the amusement park was closed. But was built around the same time as our house. 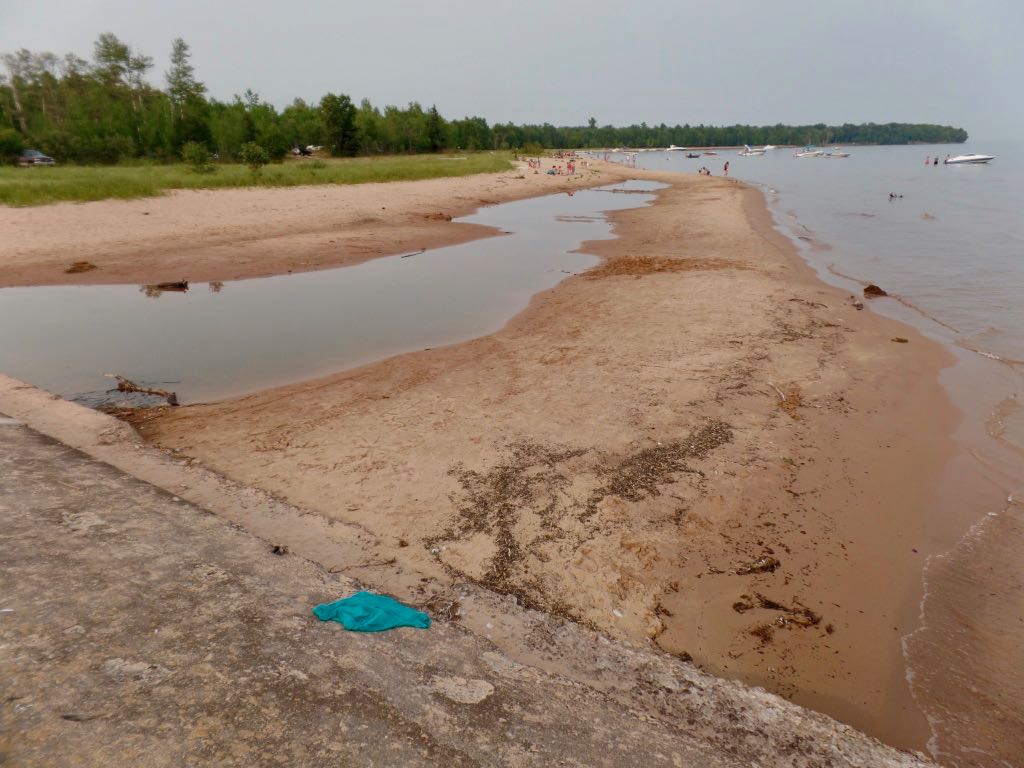 Walking out along the breakwater. And you can see this is an actual, legitimate beach, even though it is on Lake Superior. 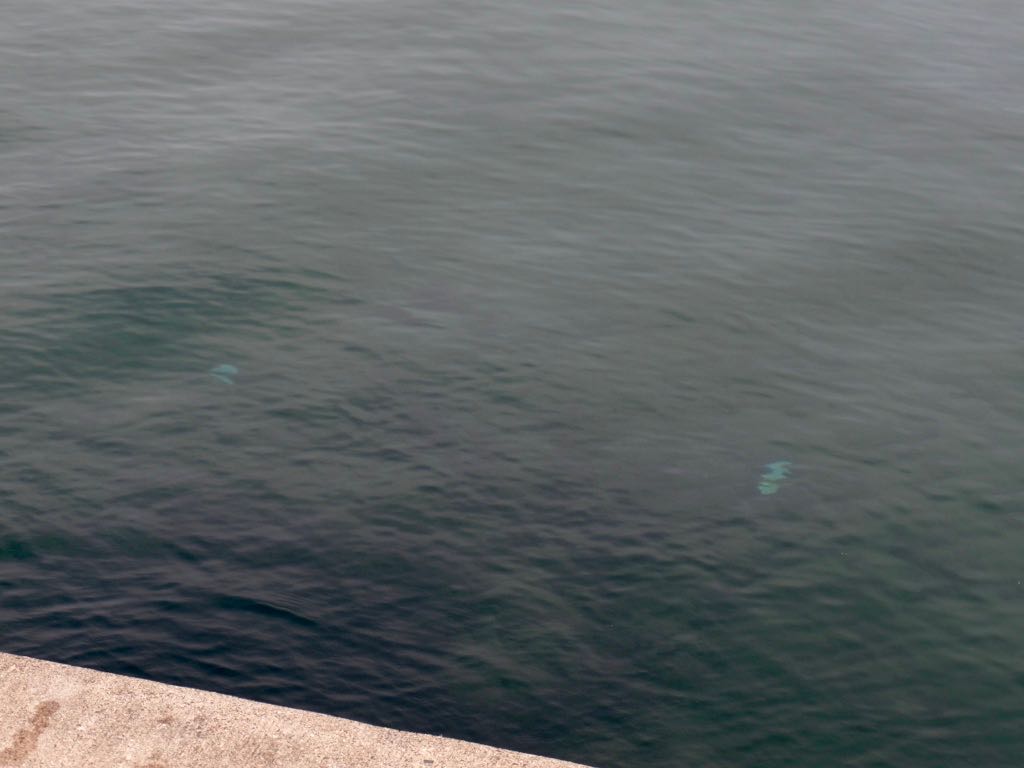 Also that someone's lost their flip-flops in the cold but clear water. 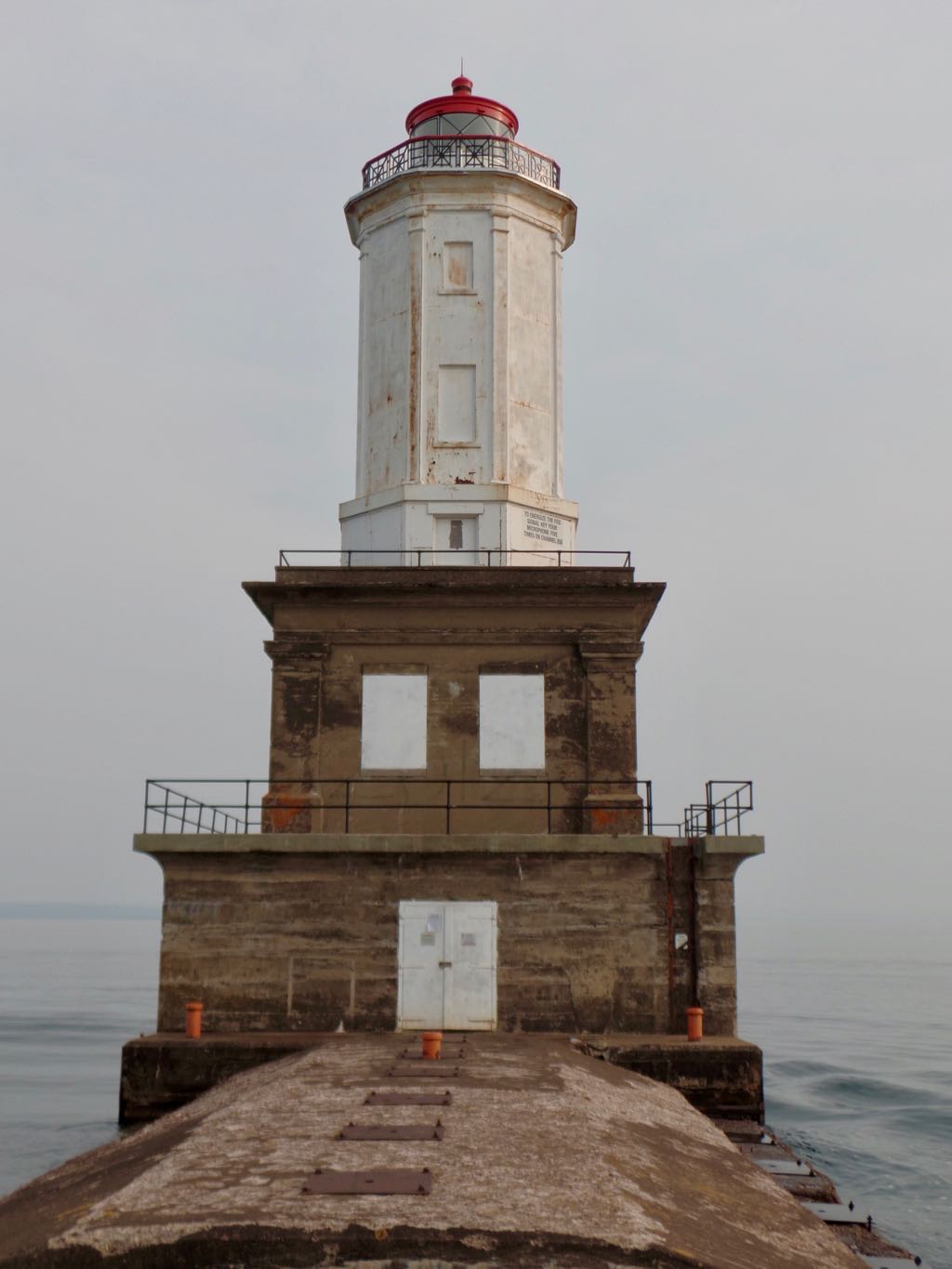 Here's the lighthouse at the end of the breakwater. 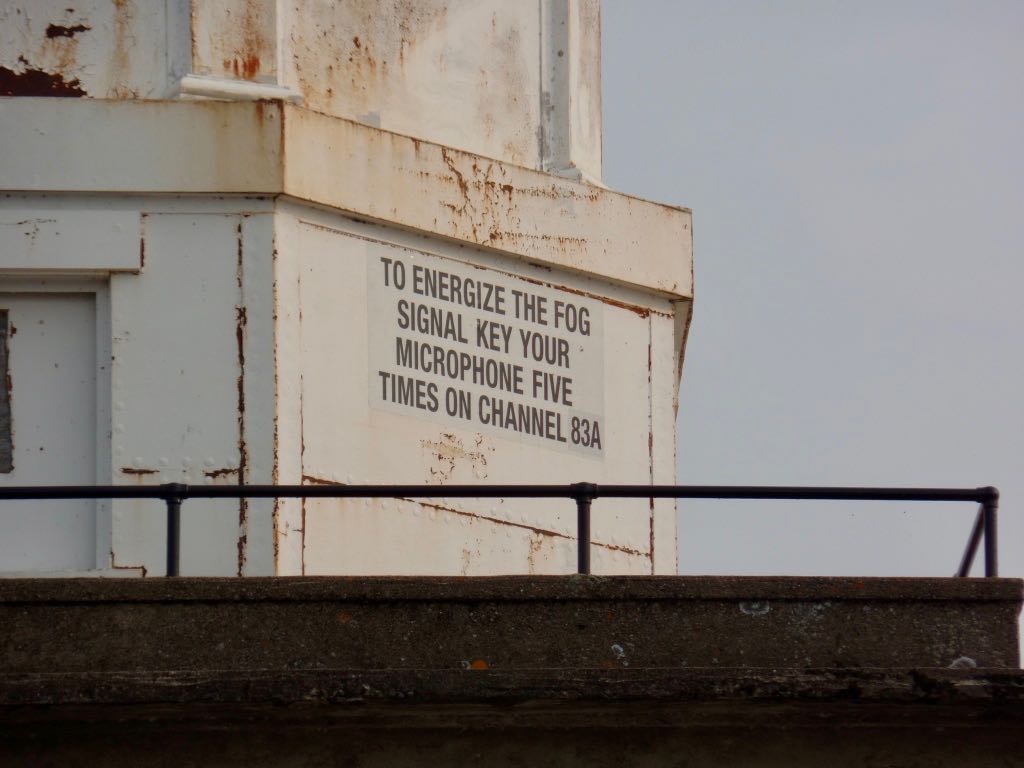 Here's the useful instructions to get the fog signal going, in nice big print so you can ... find ... the instructions ... in the fog? 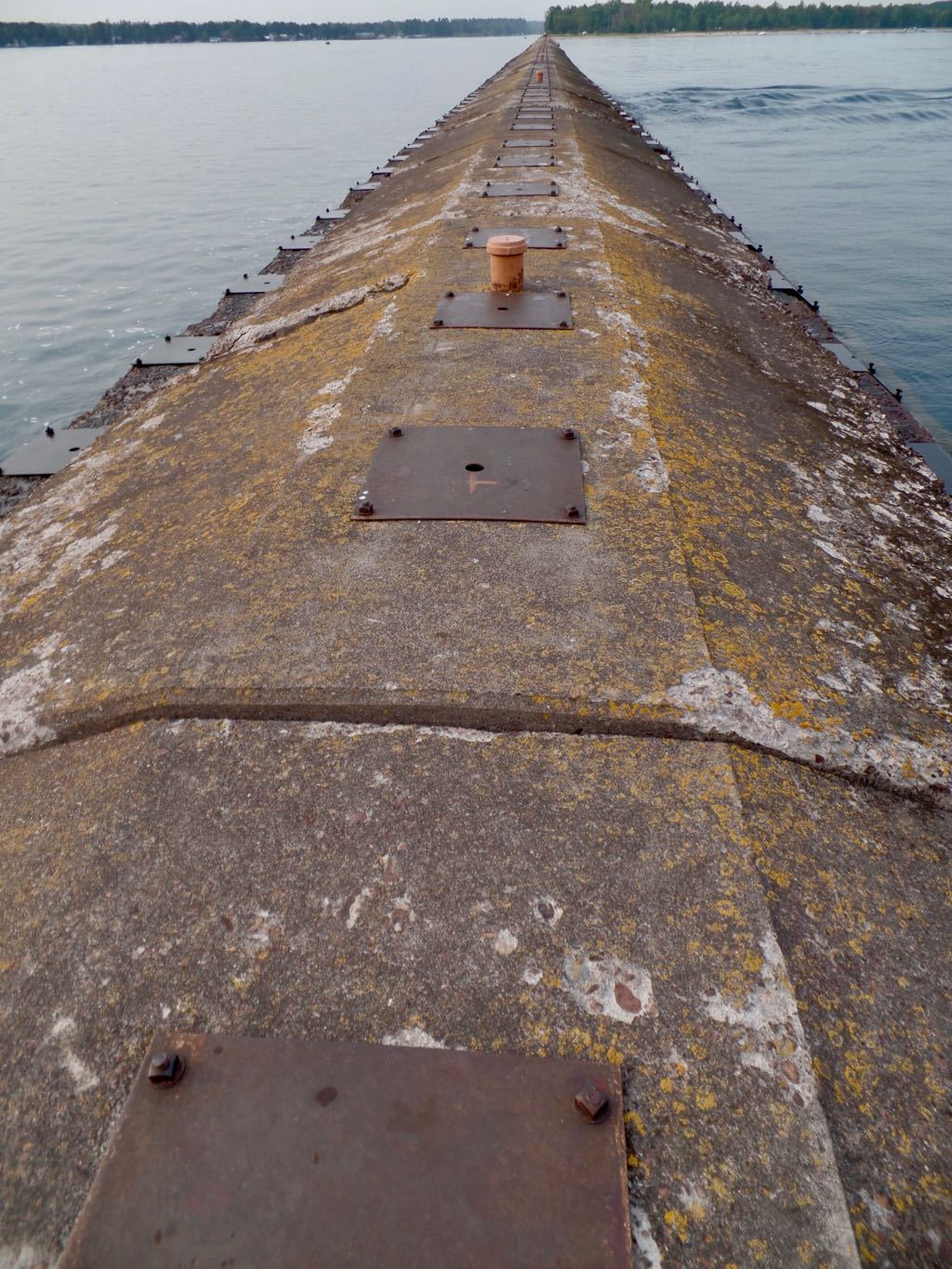 Looking back from the lighthouse to the park. It's something like a half-mile from this point to the land. Now and then I felt like, oh, boy, this would be a bad spot from which to slip and fall into the water. 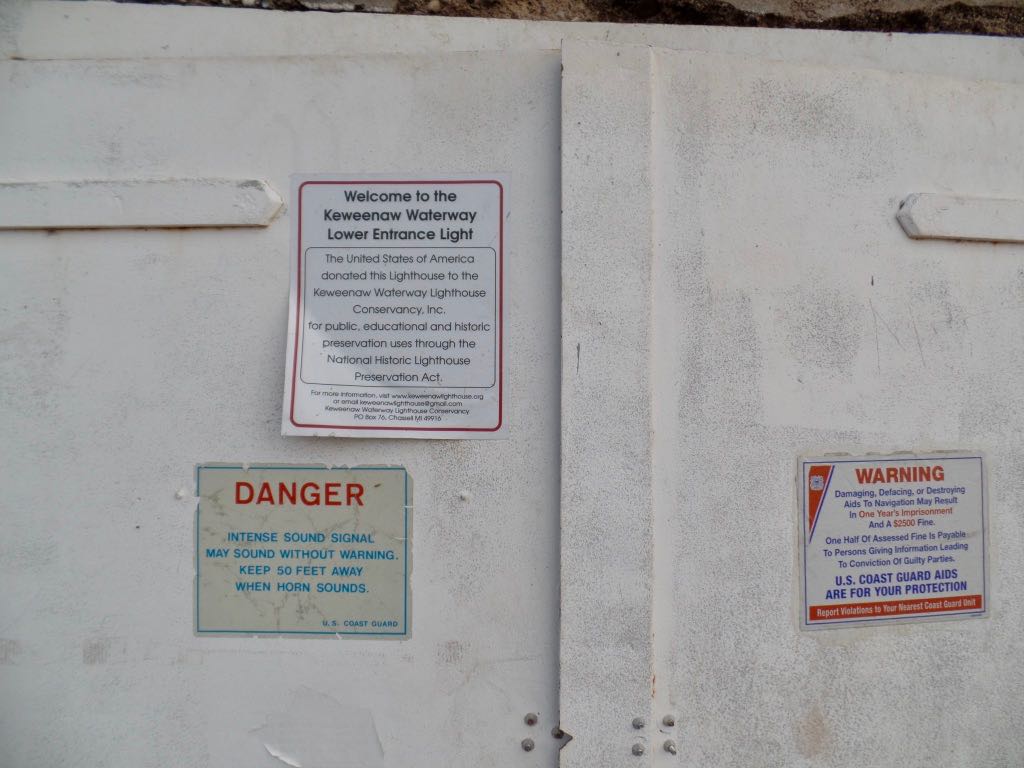 More of the miscellaneous signage explaining the lighthouse, including the warning that I should not be this close to it without earplugs. Well, it was a nice clear evening. 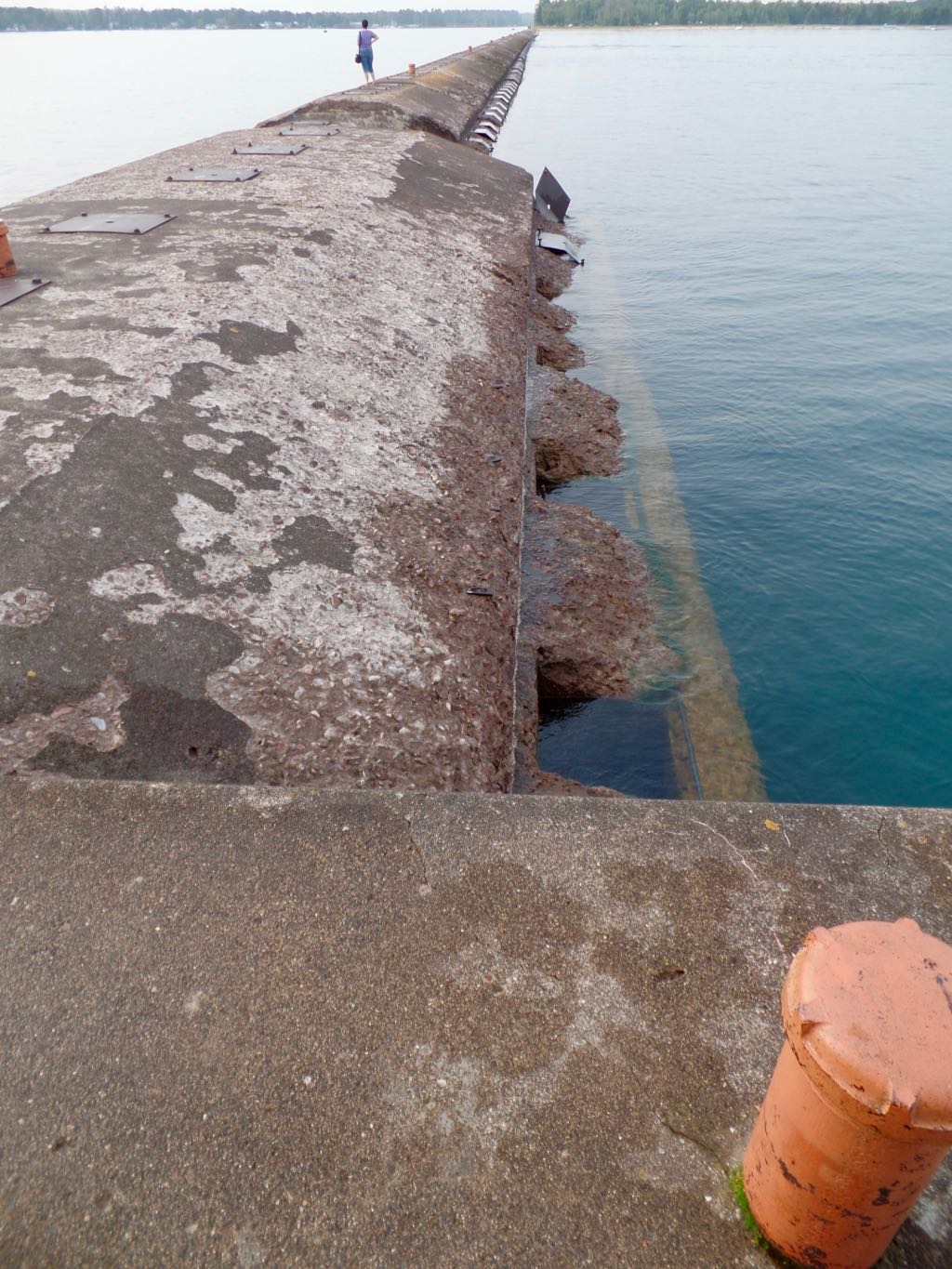 bunny_hugger models for this candidate for my album cover. 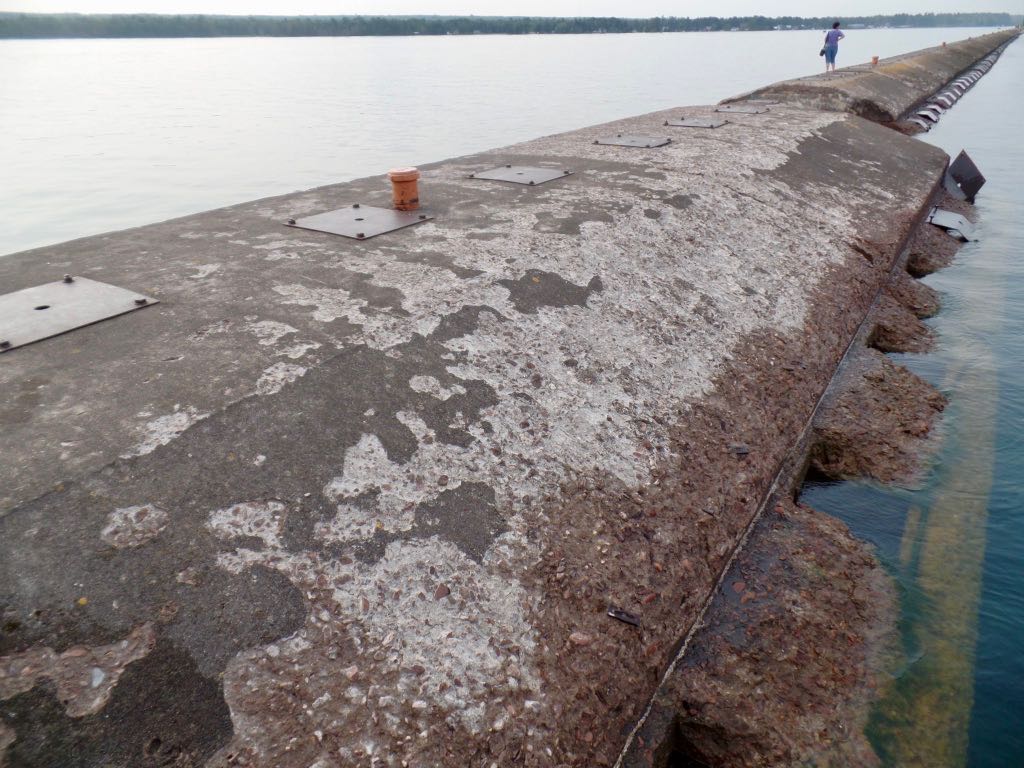 bunny_hugger. I think it's the less interesting shot but it does give a better view of the structure under the waterline. 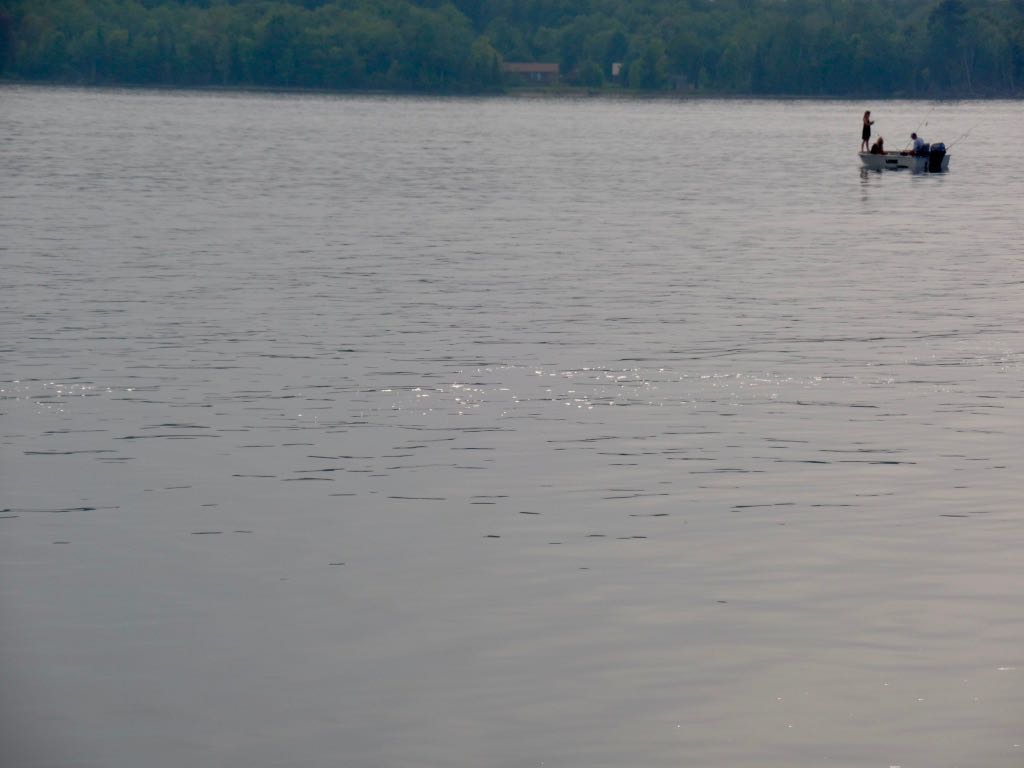 People in the distance enjoying their boat recreation, or 'boatcreation'. 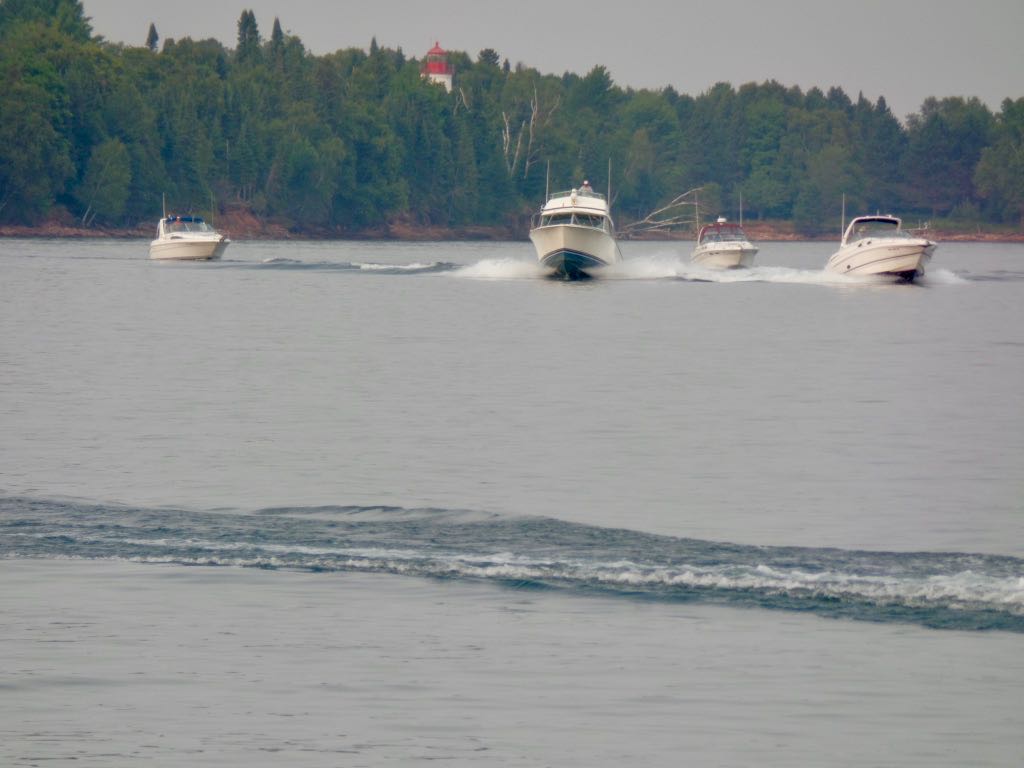 Suddenly a flotilla of Price Is Right boat showcase winners sailed past! 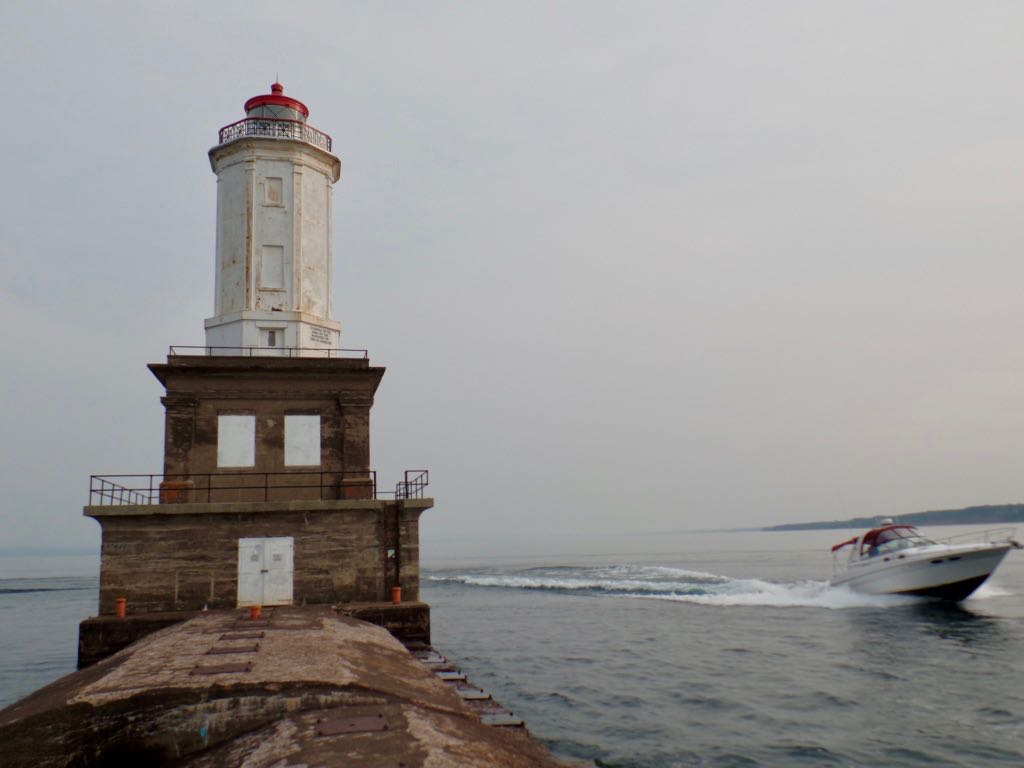 They zipped right past the lighthouse, pretty close to us. 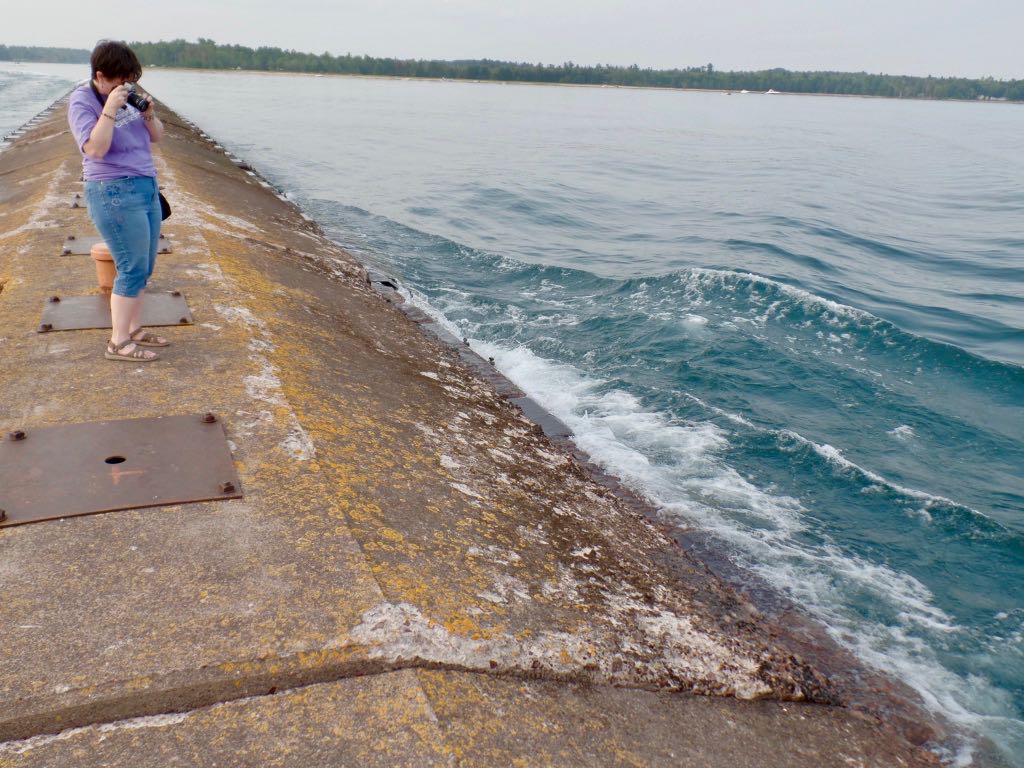 And the waves they set off were interesting enough we both had to photograph it.

Trivia: The British imported 181,545 pounds of tea between 1650 and 1700. In the next half century they would import forty million pounds. Source: Tastes of Paradise: A Social History of Spices, Stimulants, and Intoxicants, Wolfgang Schivelbush. Schivelbush allows that these numbers are approximations, which is good because I'm a bit suspicious that when you count smugglers it wasn't 40,000,005 pounds of tea.

Currently Reading: Bigfoot: The Life and Times of a Legend, Joshua Blu Buhs. So the University of Chicago Press each month offers one free e-book (their pick, not yours) and one month this was the option and I, having been a kid in the 70s, of course wanted a book about Bigfoot. It's slightly double-crossed me, though, by being a legitimate academic inquiry into Bigfoot and related phenomena and what they mean about culture and cultural expectations. Blu Buhs puts it clearly in the preamble: Bigfoot is real, even though he doesn't exist. Really enjoying the book and the e-reading experience is ... not ... awful, I guess?