Oh, it's unnecessary, but it's home, sweet home.

It was a routine week on my mathematics blog. Until I made a big announcement ... the first of several I figure on for the next month. See if you can find what it was!

So yesterday had the last of Lakenenland to share. We would have several more stops for letterboxes, and I think they were all successful. They were all, also, after dark and I didn't try taking photographs. There was one more important stop, though, and that was to eat. 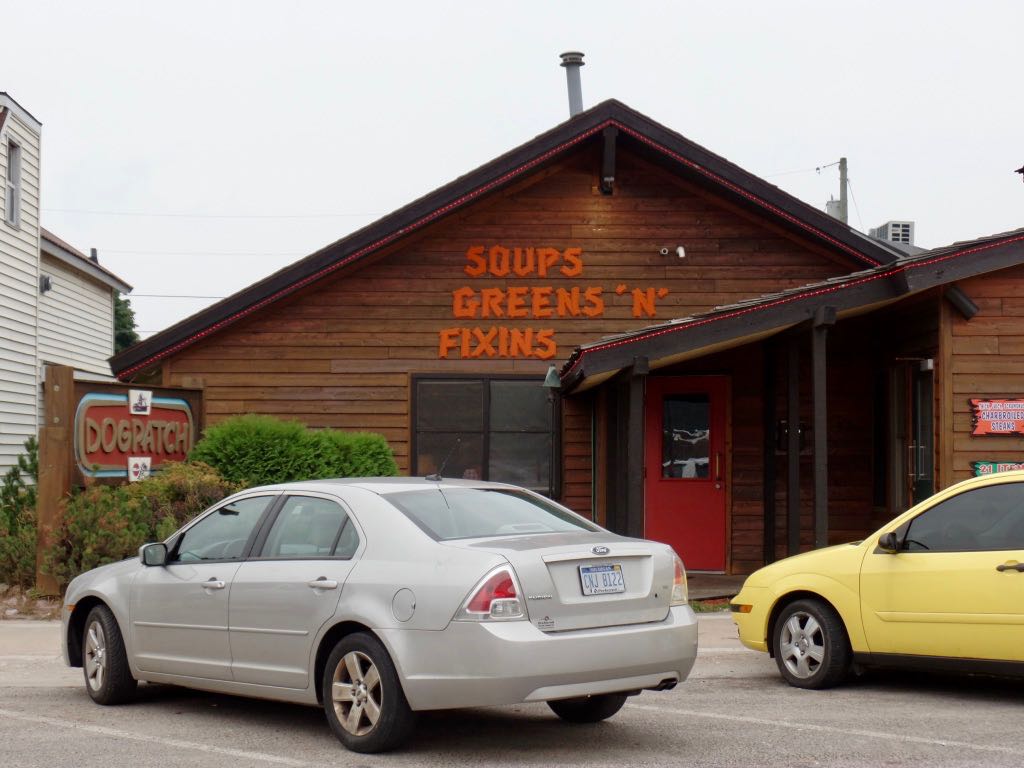 Off to Munising, Michigan, and the place we stopped for dinner: Dogpatch. 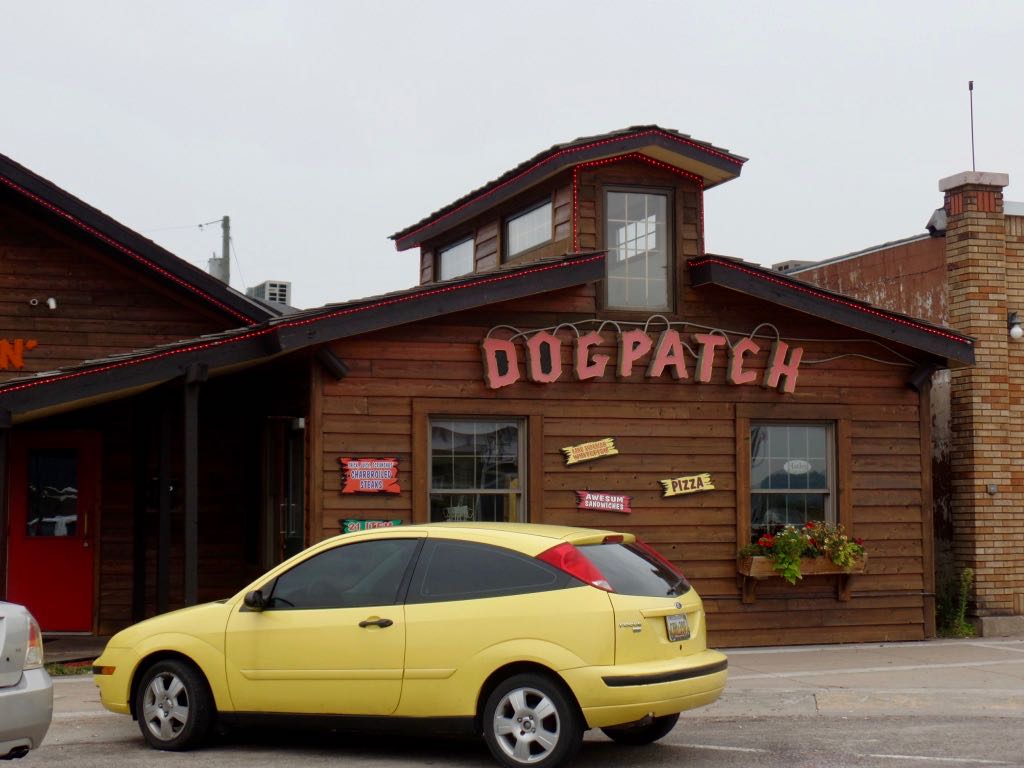 Yes, for some reason, this small town in the upper peninsula has a Li'l Abner-themed restaurant, and has since the 60s, offering great things like awesum sandwiches and pizza. 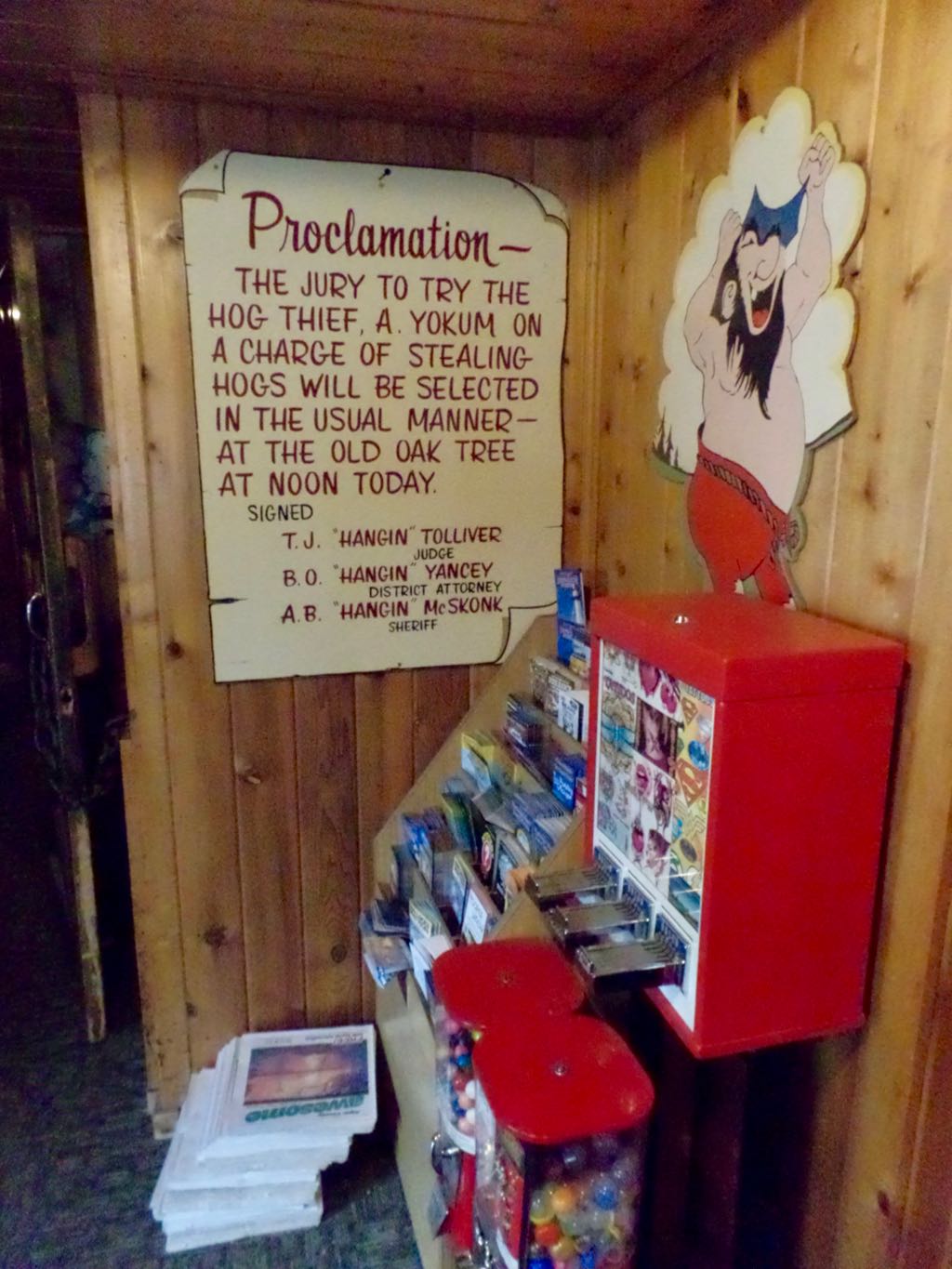 The theming of the restaurant is obvious from up front, in case you're someone who remembers anything about Li'l Abner. Otherwise, it's kinda cryptic. 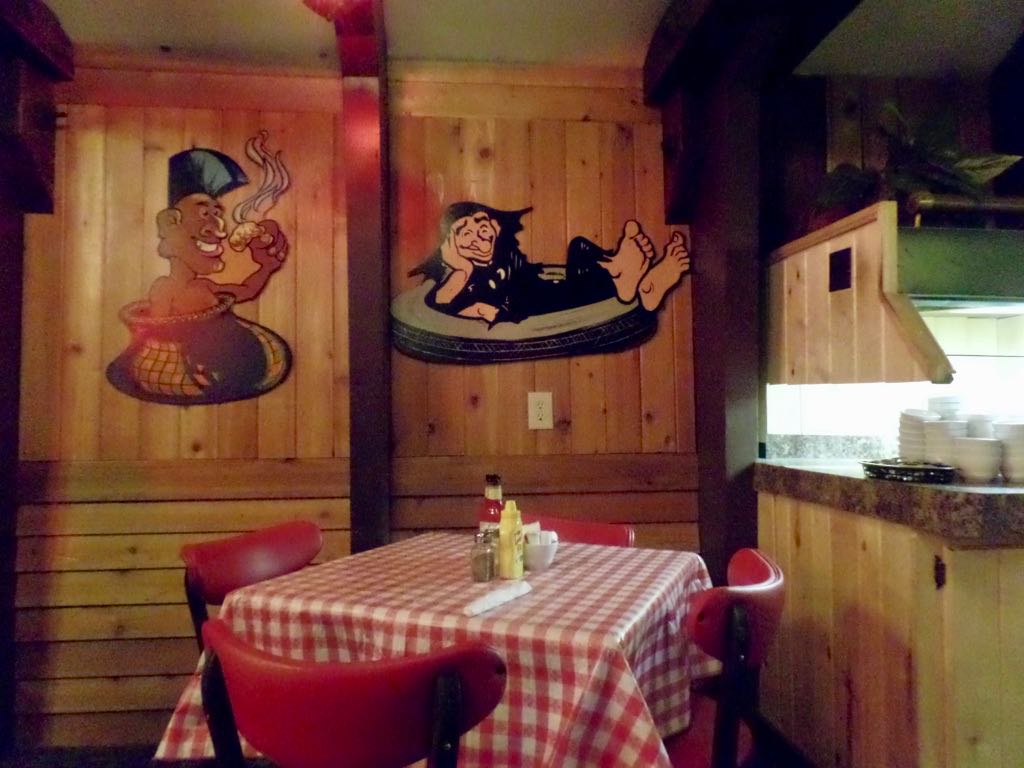 For example, I know these are characters from the comic strip but I don't know the comic stril well enough to say which. On the right by the way is the salad bar, which was about the only thing on the menu we could eat and even then I'm not sure the soup wasn't based on chicken stock 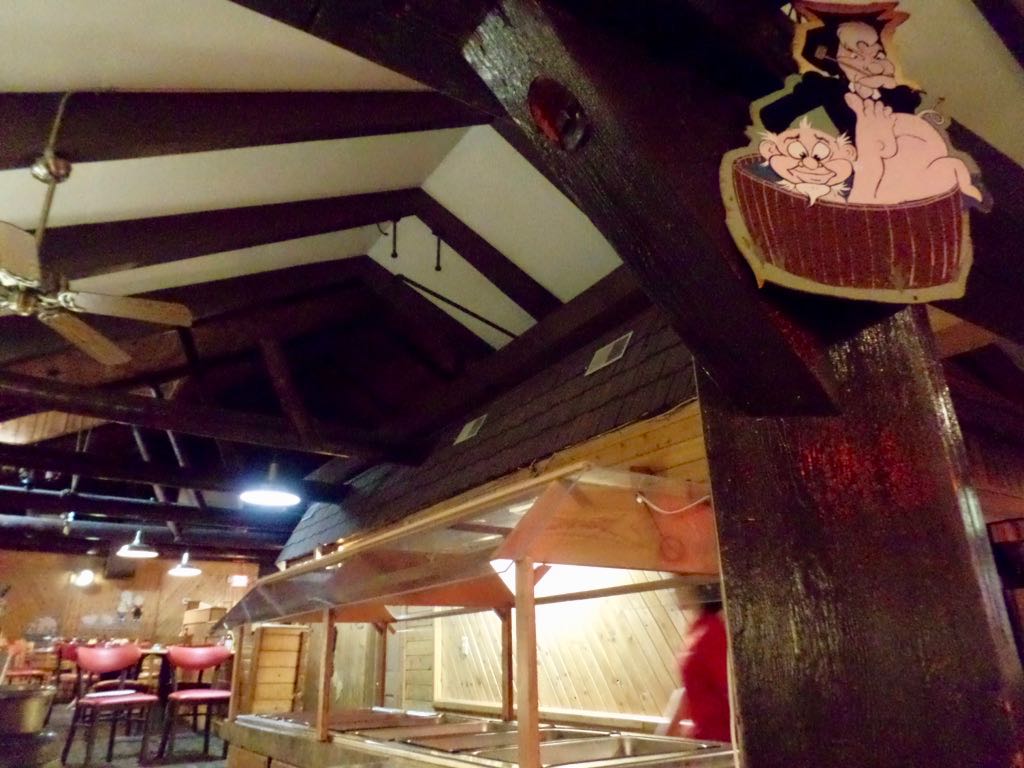 Oh yeah, here's a view of the salad bar though not what was in it (nothing all that interesting), and ... uh ... some of the Yokums in decoration. 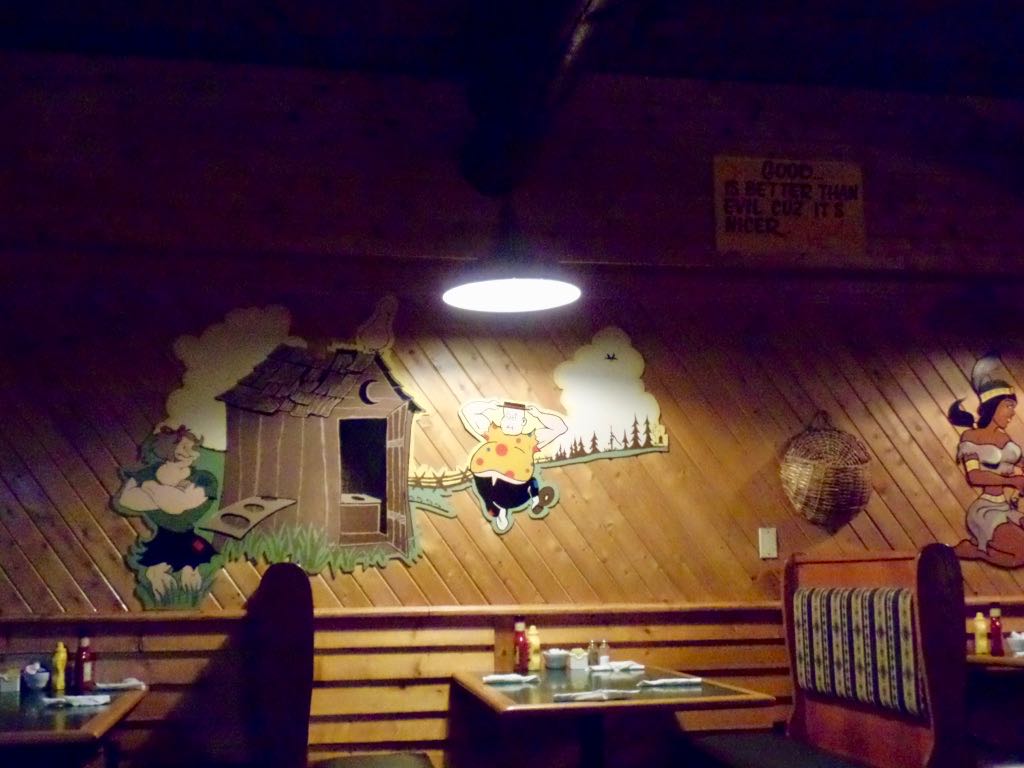 More of that Al Capp art. The sign in the upper right says 'Good .. is better than evil cuz it's nicer', which I suppose is something from the strip. 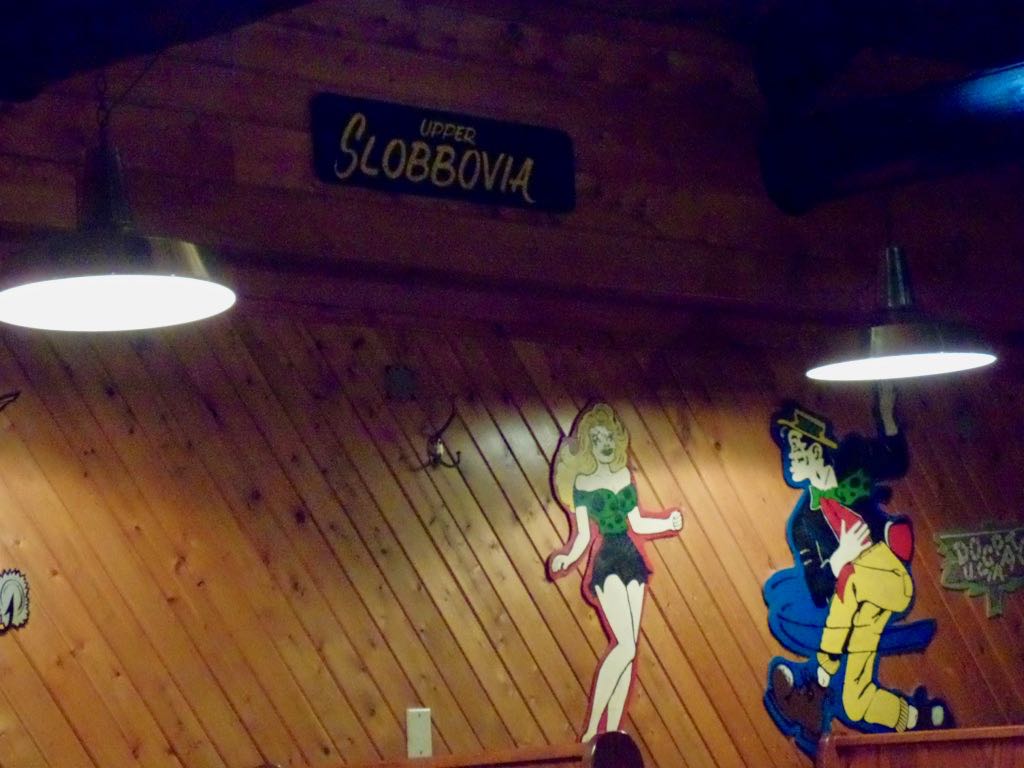 Now, 'Upper Slobbovia' is a thing I recognize, as that was Al Capp's contribution to the atlas of wackily named awful nations full of foreigners. 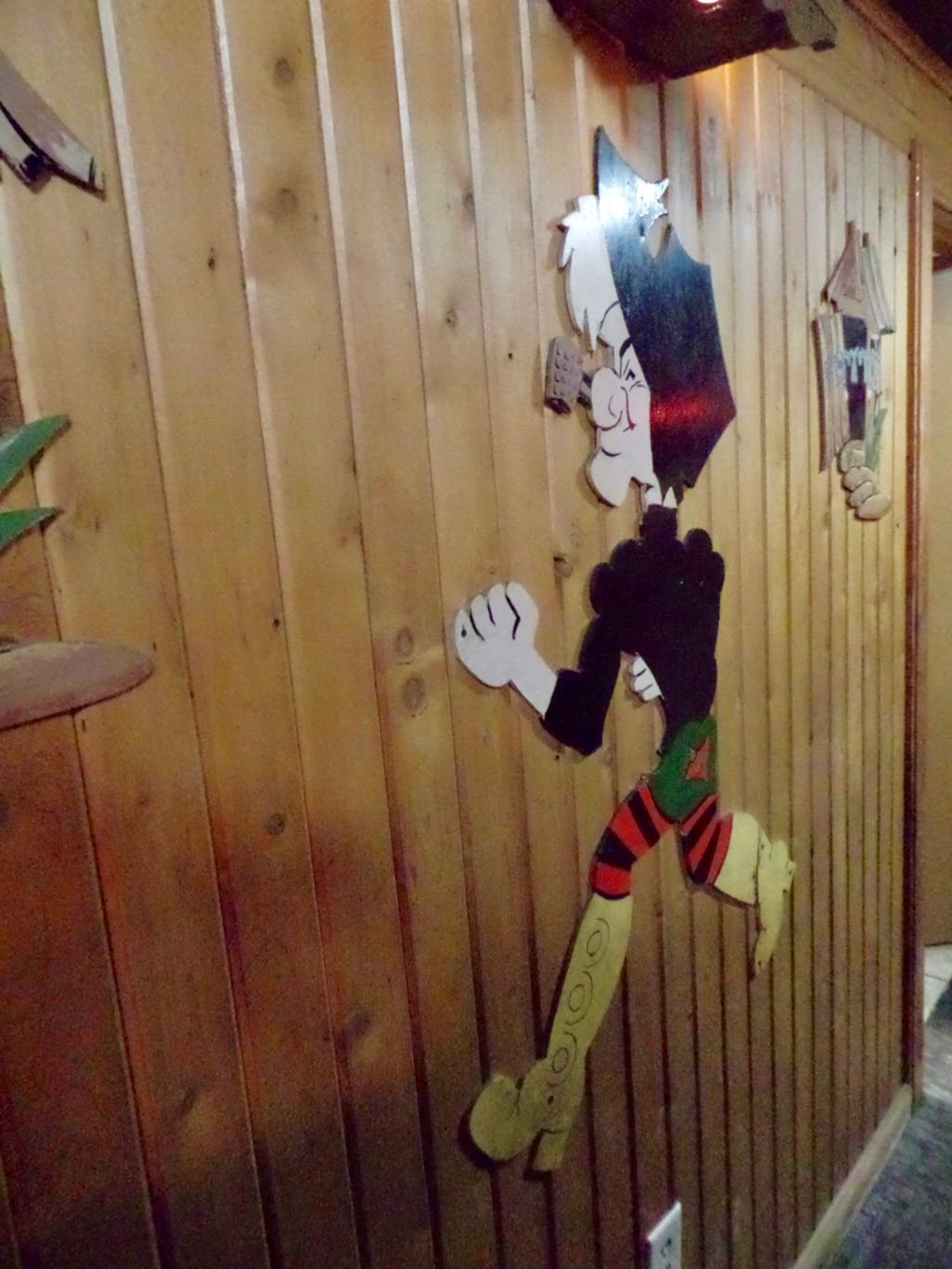 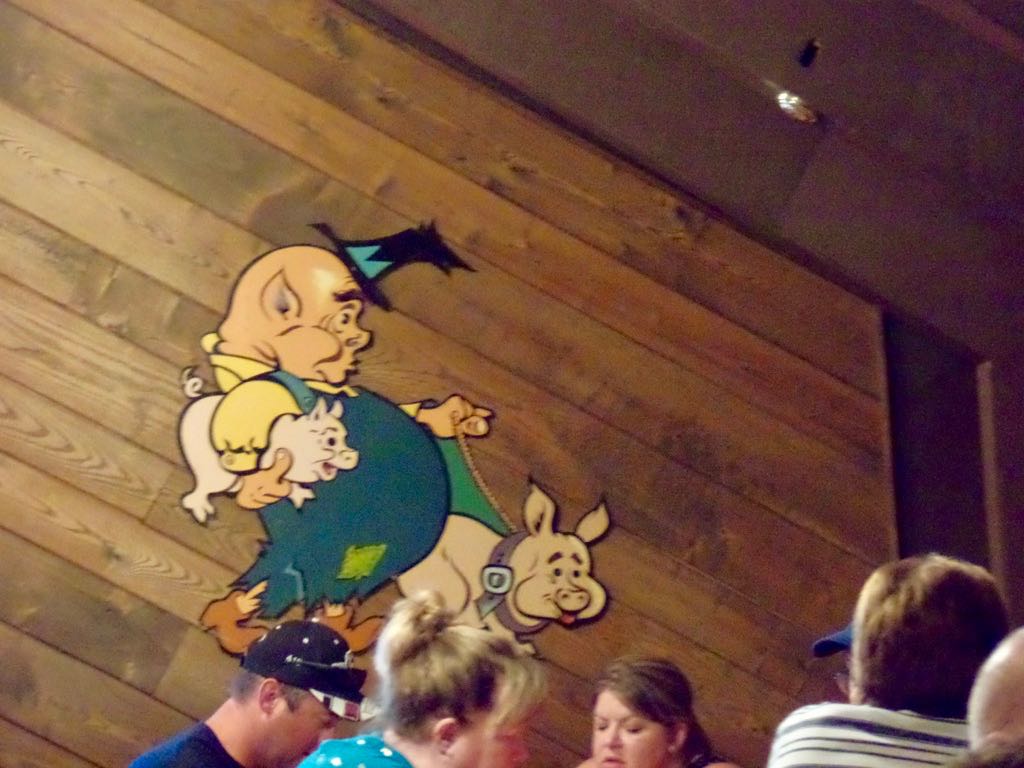 I'm really not sure. I know one running theme in the comic strip was people trying to steal the Yokum's pig so maybe this reflects a scene of that kind of story? 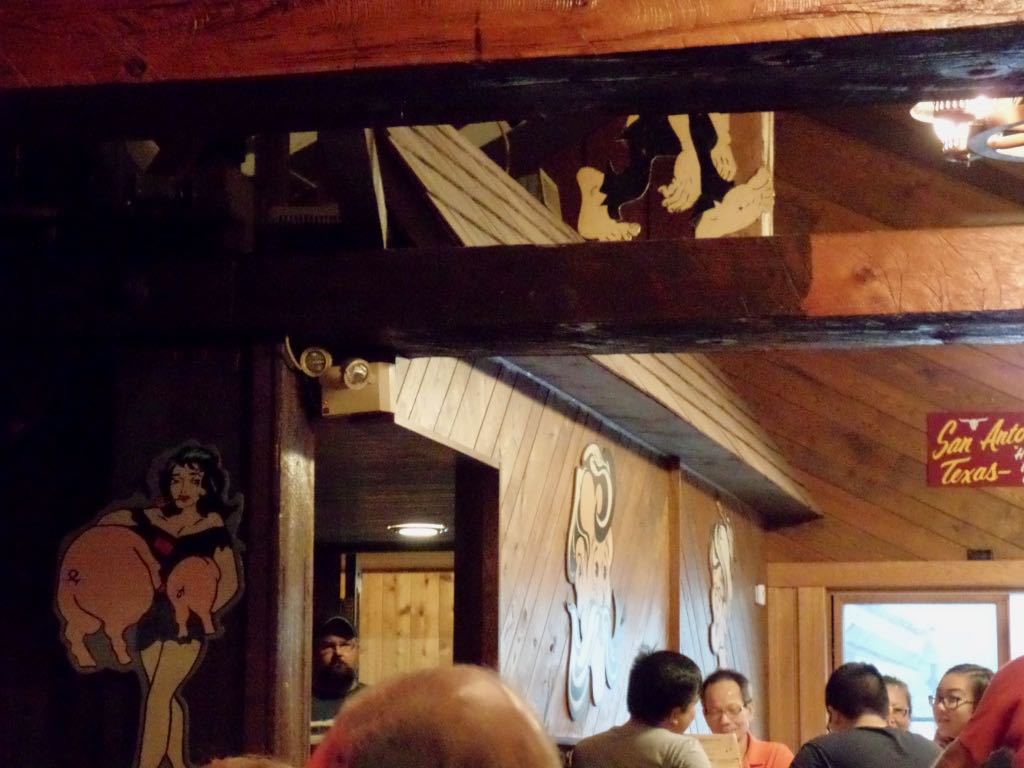 Here's a look toward the front of the restaurant. The significance of the sign for San Antonio, Texas, eludes me. 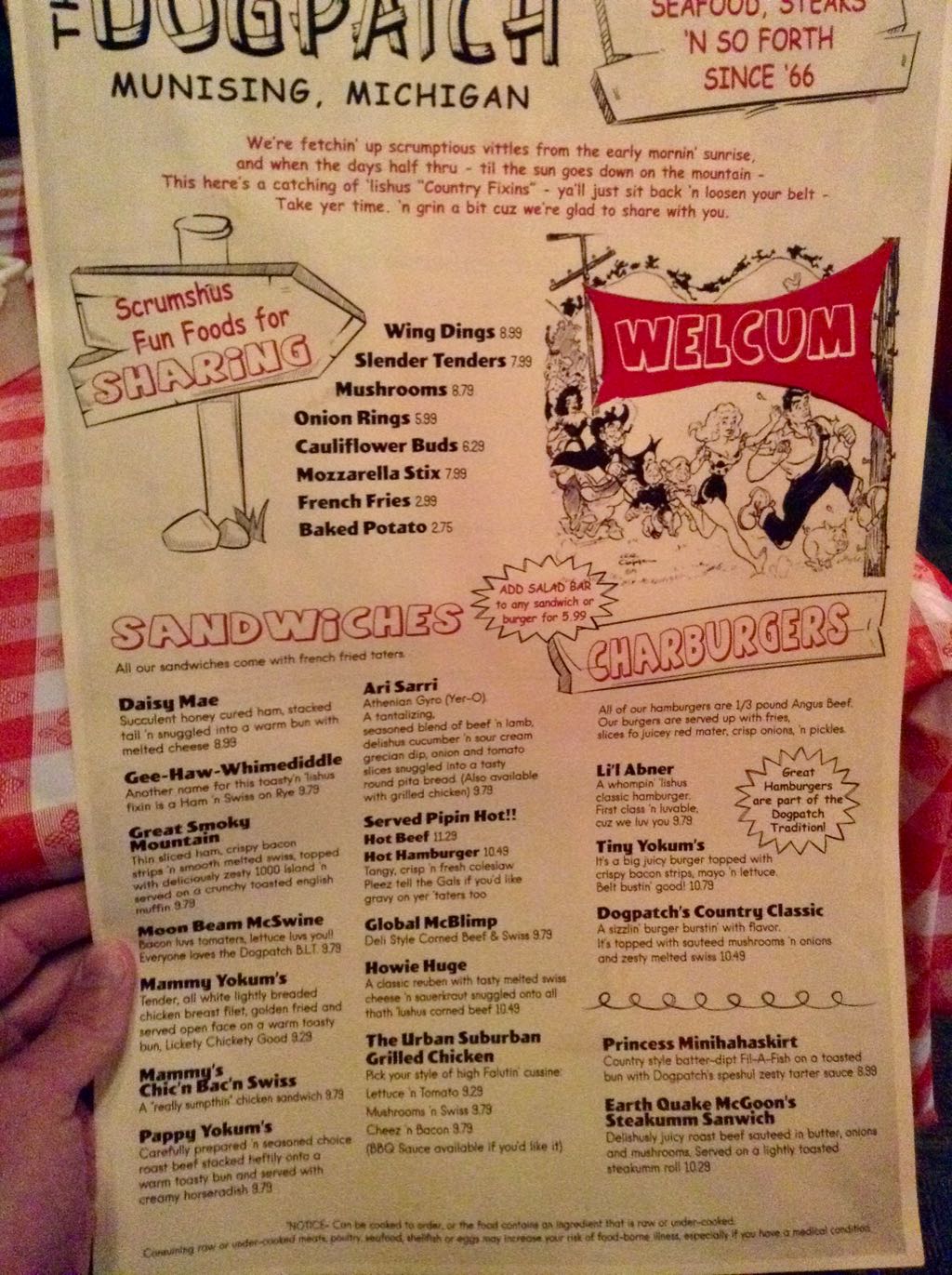 The menu is written in that sort of Fake Southern As Composed By A Northerner Cartoonist. The foods are all named for comic strip stuff. The number of things made of ham or bacon seems inevitable, yes, but at odds with the strip's regular storyline of trying to keep people from eating their pig. 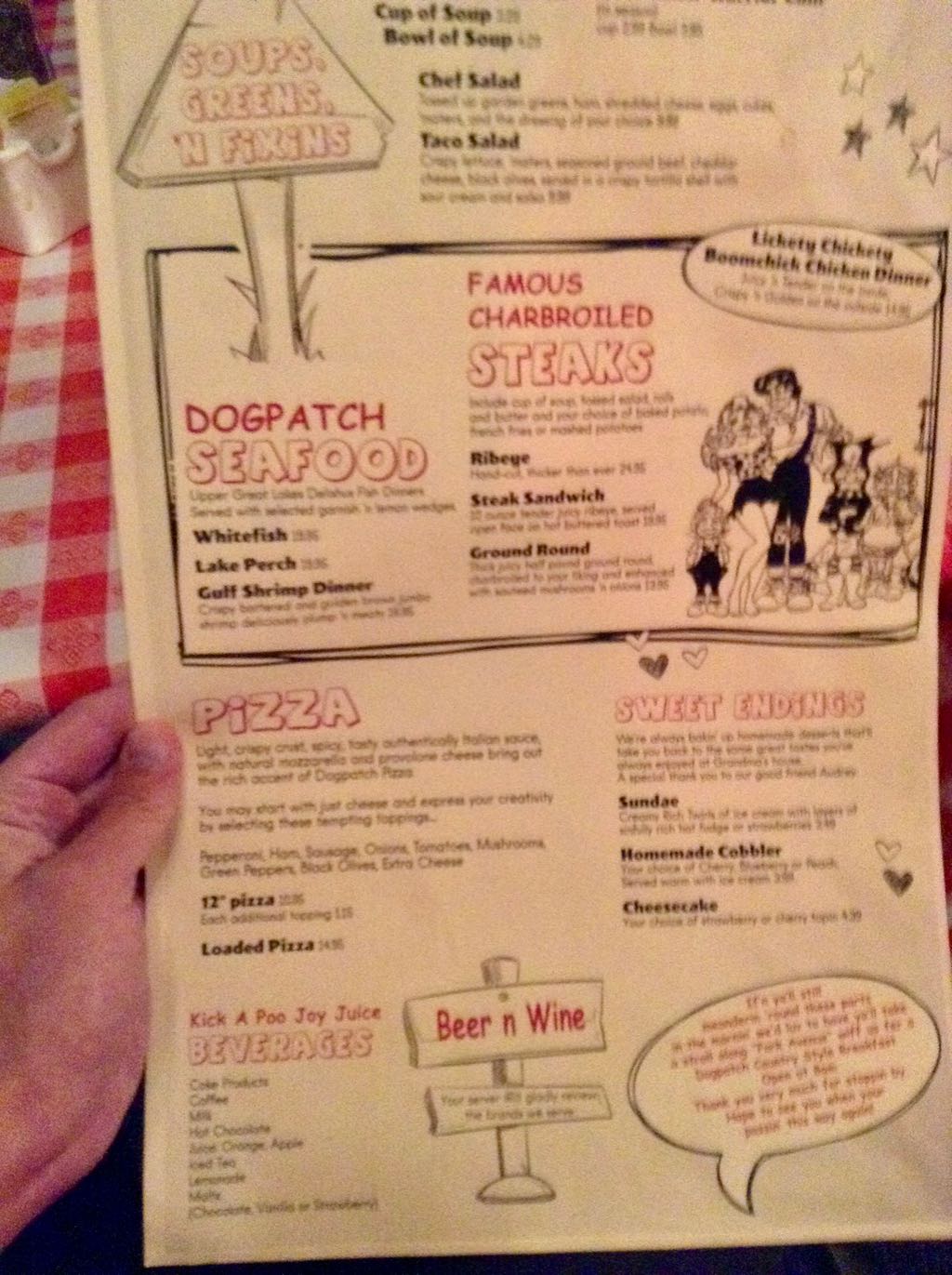 The other side of the menu which I'm sorry did not photograph as clearly. They gave up on most of the character naming here. Also they have whitefish, because once you get north of 44 degrees latitude every food-serving place in Michigan offers whitefish. You can get whitefish pate at most Holiday gas stations. The Kick A Poo Joy Juice label for the beverages is based on the comic strip, although they don't actually carry Kickapoo Joy Juice pop.

Trivia: In 1927 more smallpox was reported in the United States than in any nation other than India. Source: 1927: High Tide of the 1920s, Gerald Leinwand.

Currently Reading: Love Game: A History of Tennis, from Victorian Pastime to Global Phenomenon, Elizabeth Wilson. And, wow, but this is surprisingly interesting. And about the right level of academic, too.