I wanna to where nobody's a fool

We're, personally, unaffected by the severe flooding to have hit mid-Michigan. The rains were heavy here, and they are flooding the neighborhood but only to normal levels. We do have some pinball friends who've surely had to evacuate, although I haven't heard specifically how they're doing. So far, though, in this as with so much this year we're doing surprisingly fine.

bunny_hugger nor I have played in a sanctioned pinball event, or even touched a working machine, since the 10th of March. That's a record for us since we started playing competitively. This past Sunday, though, that kind-of changed in a silly little way.

Not that we went somewhere with machines. Instead, the Lansing Pinball League folks we've been having regular virtual cocktail parties started something new to us. This was a virtual pinball match, with everyone playing Pinball FX 3 and comparing scores.

bunny_hugger has it on her Switch. I thought I had it on my laptop, but it turns out that Zen Pinball 2 is somehow a different thing to Pinball FX 3 and I feel tired even talking about that.

So, we had a little four-strikes tournament, with six players, on four tables. (Fish Tales, Getaway, Junkyard, and Medieval Madness). And how did we do?

Well, I did lousy, and was the first person knocked out. Twice, since we ended up doing two ``tournaments''. In my defence, I'd never touched the Switch's Pinball FX game before the tournament started and it takes time to learn how the controls work.

bunny_hugger, with about four games' more experience than me, came in third the first tournament around and fourth or fifth the next time. One problem we have is that the Switch screen is really small. We could put it on our living room TV, but, the HDMI lag is trouble. And, sure, HDTVs have a gaming mode designed to minimize that lag so that you can play high-speed reflex-oriented games. Funny story, though: it turns out hotel-model TVs do not. And we have a leftover hotel-model TV. So that's out.

If my iPad were not a ten-year-old model, it might run Pinball FX3, and its form factor would be quite good, for me at least, for tournaments like this.

Still, disappointing as my performance was, it was fun to get back to playing against someone, and to play a virtual pinball game that had something that resembles an objective. I'm sure we'll do it again. We've seen MWS (knocked out early first tournament, but finishing in second place the second time) practicing.

Now let's head into the rare evening at Michigan's Adventure. From August 2018. 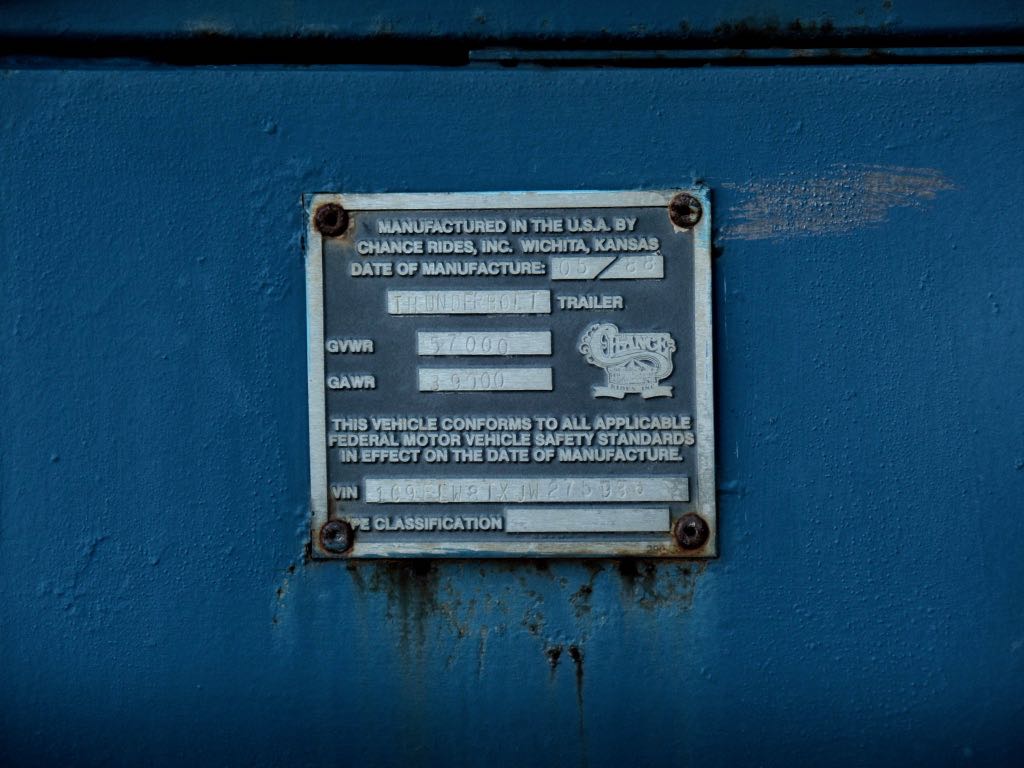 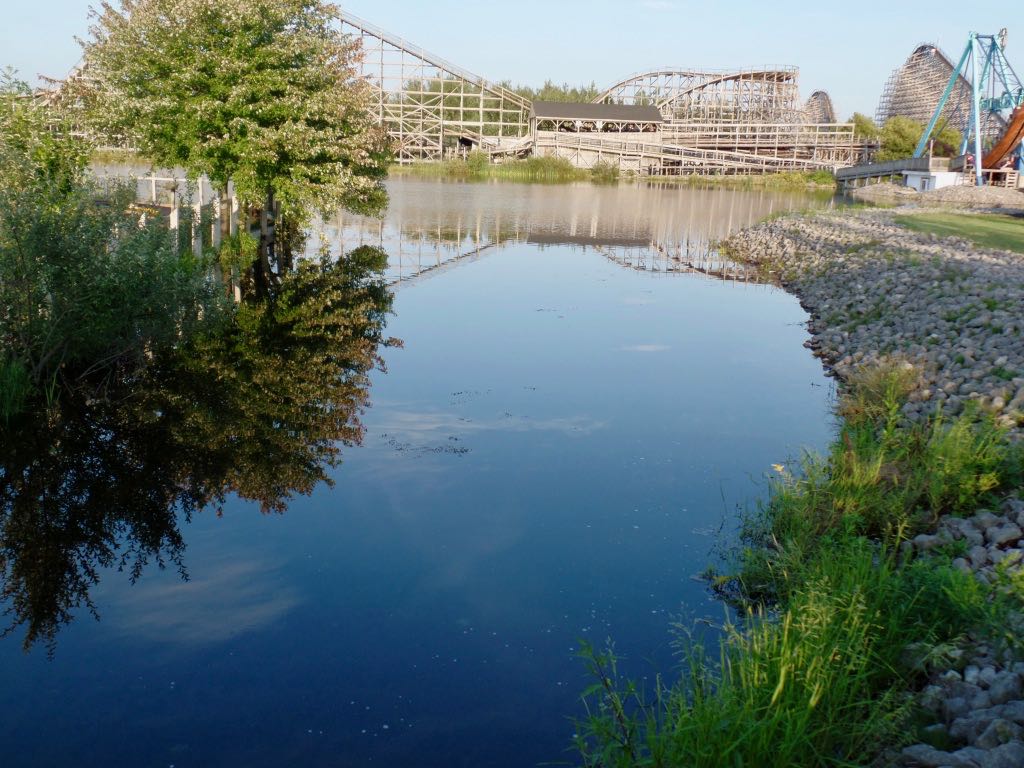 Looking across the lagoon at Wolverine Wildcat and, to the right, the swinging ship and Shivering Timbers. 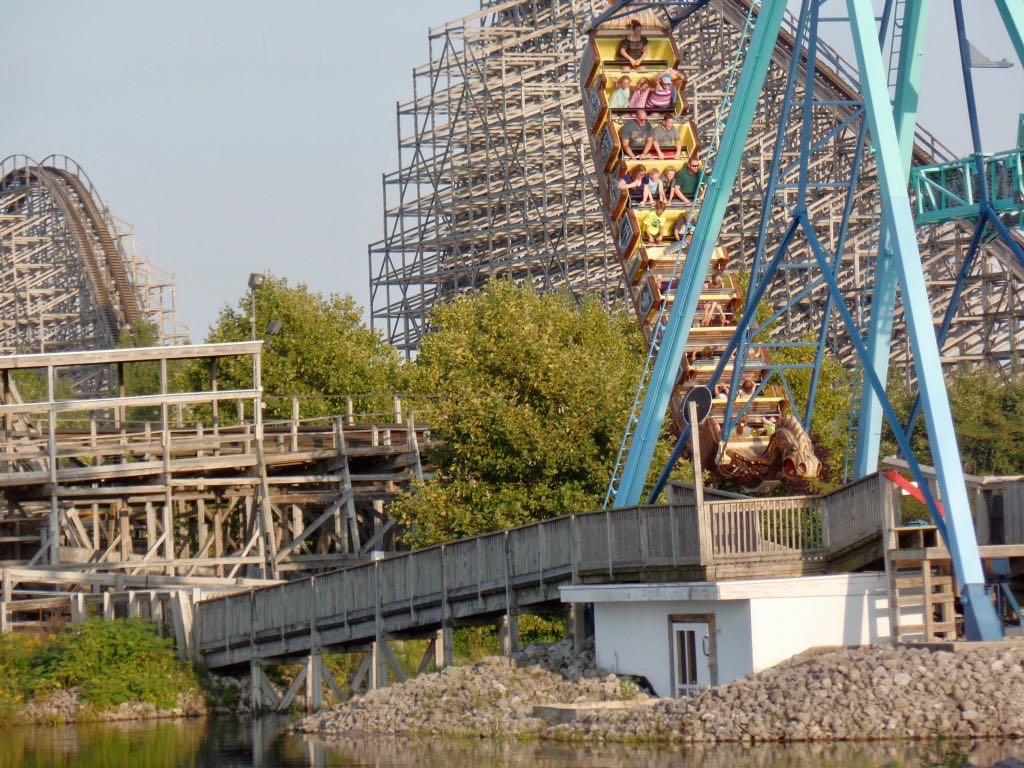 Here's a lok at the swinging ship (Sea Dragon) at full swing. We don't ride it often, but we have been on it. 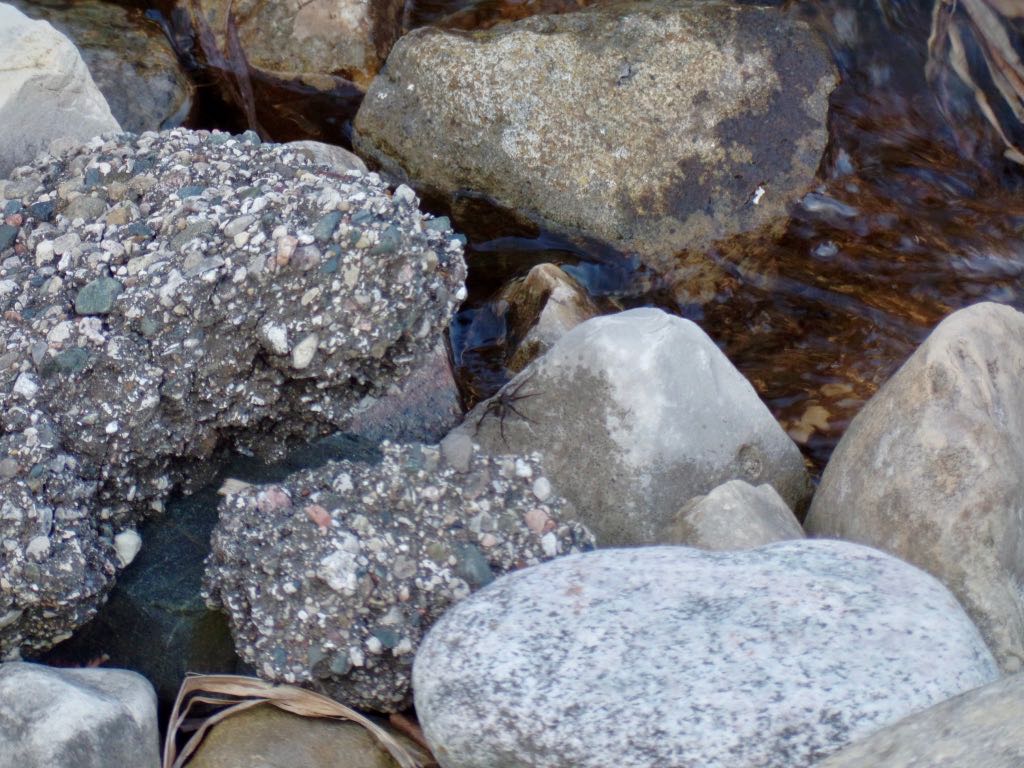 A friend! A spider takes advantage of the high seas at the Rocky Point Miniature Golf. 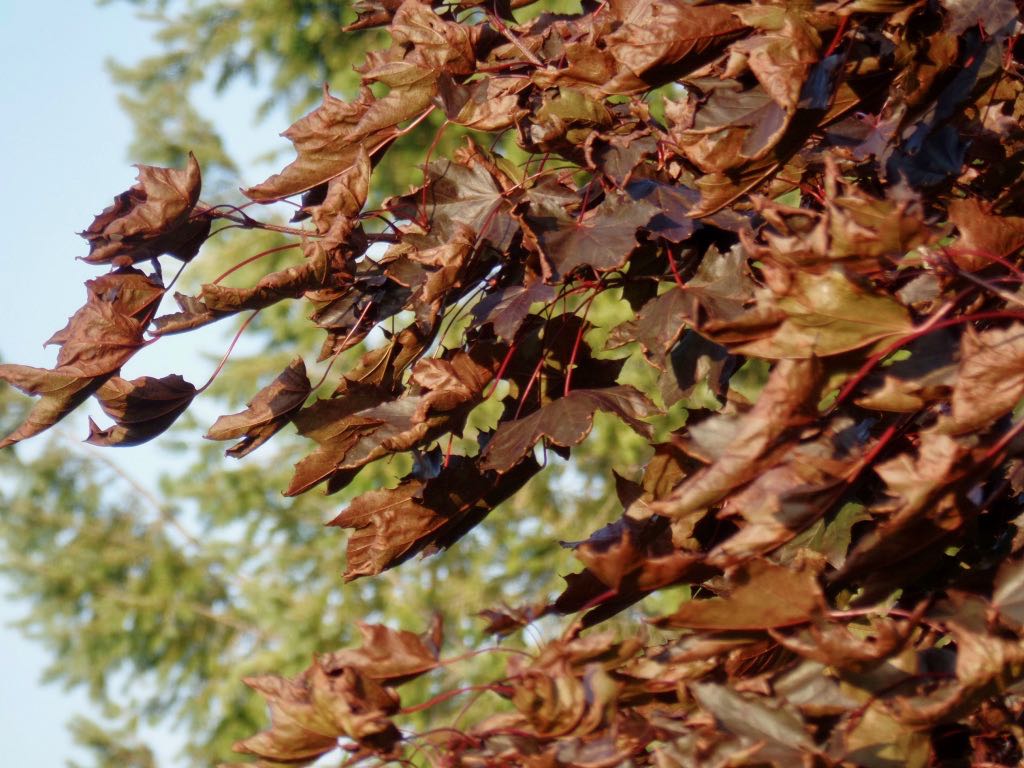 Though it was still August, autumn was in waiting. 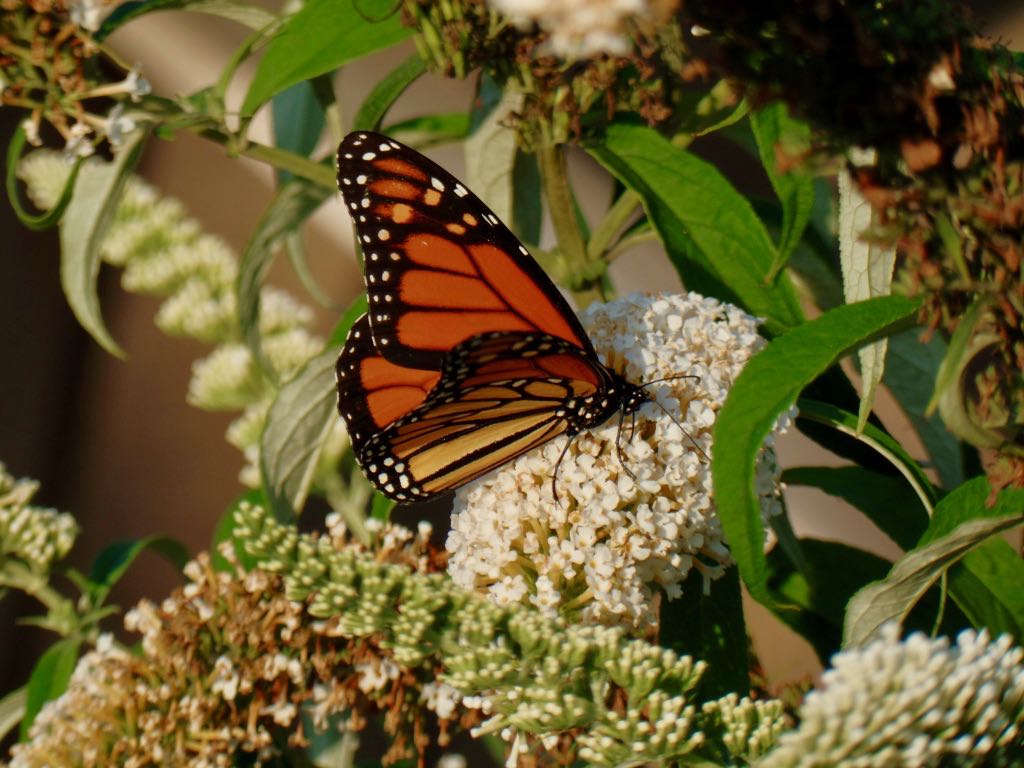 More friends! There were a couple of butterflies taking advantage of the park's flowers. 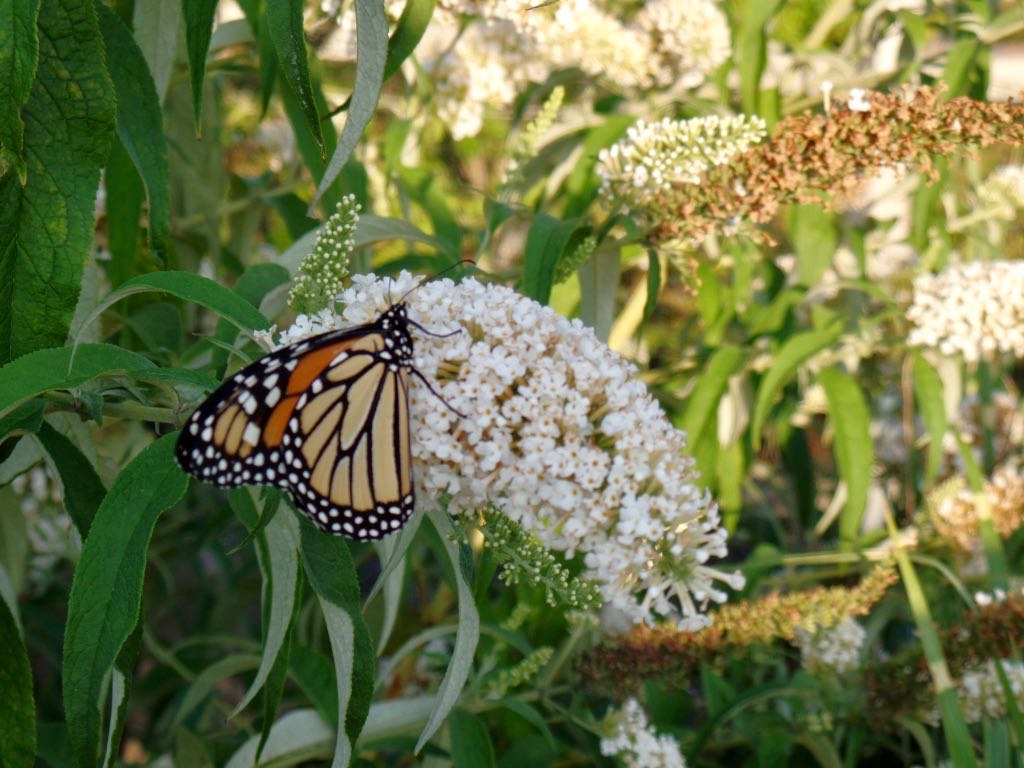 Another butterfly, this one on a whiter flower. 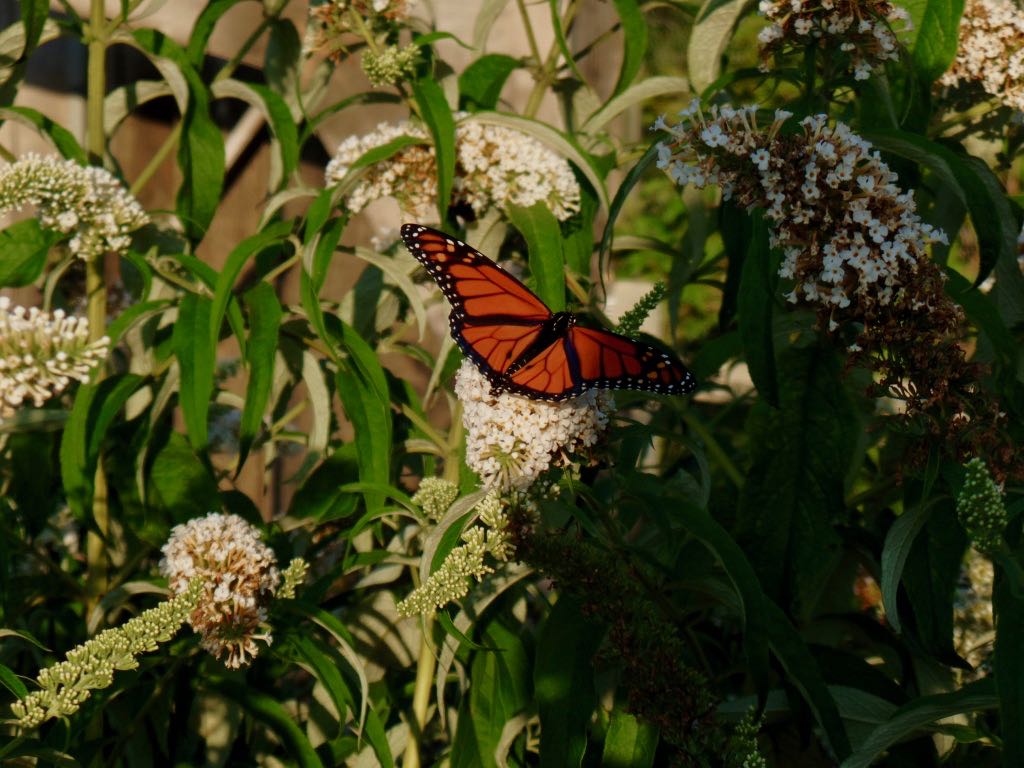 I had to wait so long to get a picture of a butterfly with wings spread out. One nice thing about Michigan's Adventure is it's low-key and low-wait enough that spending ten minutes staring at a butterfly doesn't seem like a bad use of time. (That we've been here often and are sure we can go back anytime we want helps, too. It's easy to feel unpressured when you're a season passholder.) 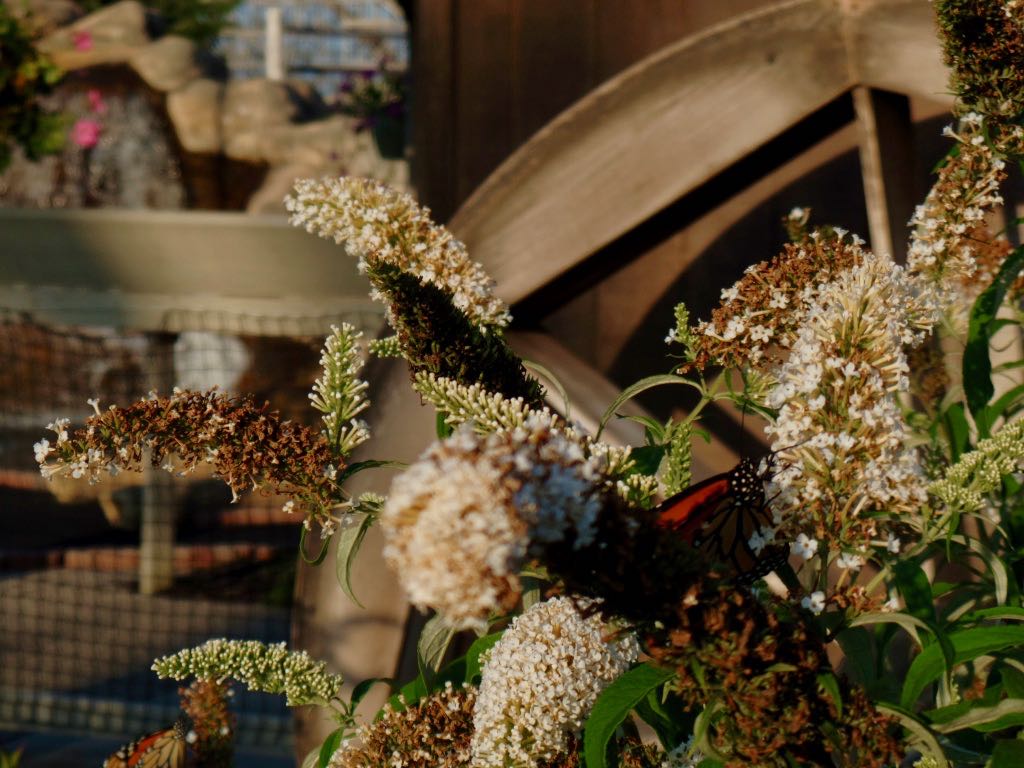 More with the butterflies, and a view of the miniature golf course in the background. 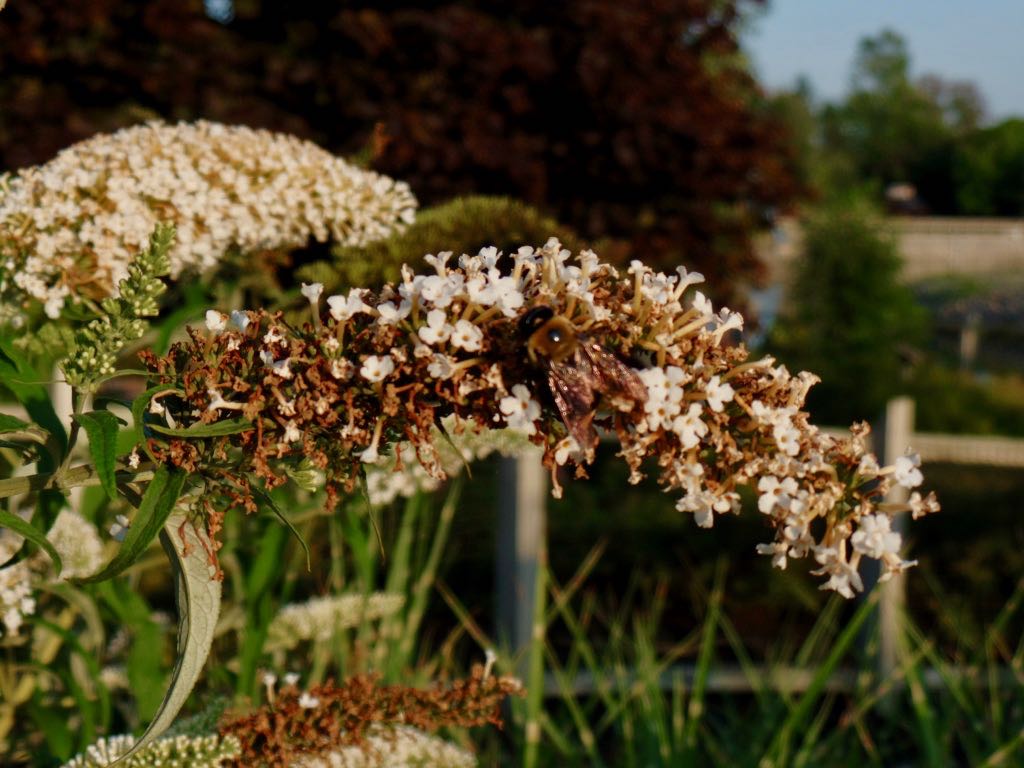 Now this is just a bee, but they've got as much right as butterflies have to the flowers. 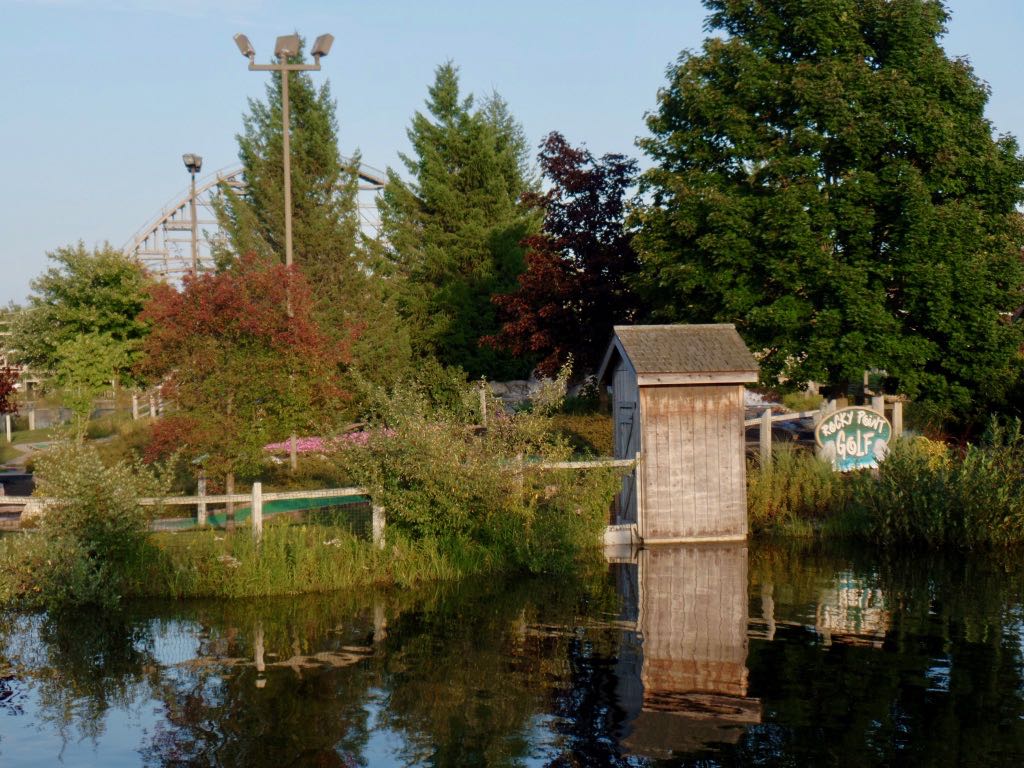 Looking out over the lagoon at the lightly flooded Rocky Point miniature golf. Notice the prominently red tree among the green. 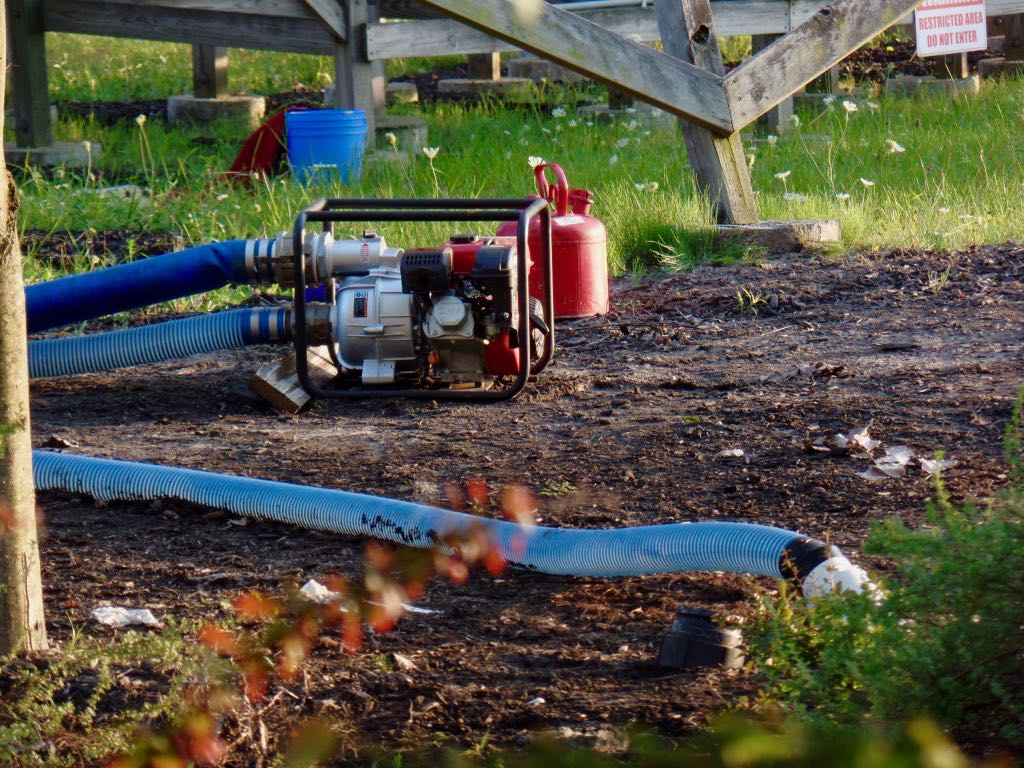 From Thunderhawk we got this view of the wet vacuum doing its best to dry out the flooded grounds. You can kind of make out the line of the water flowing through the translucent blue tubing. 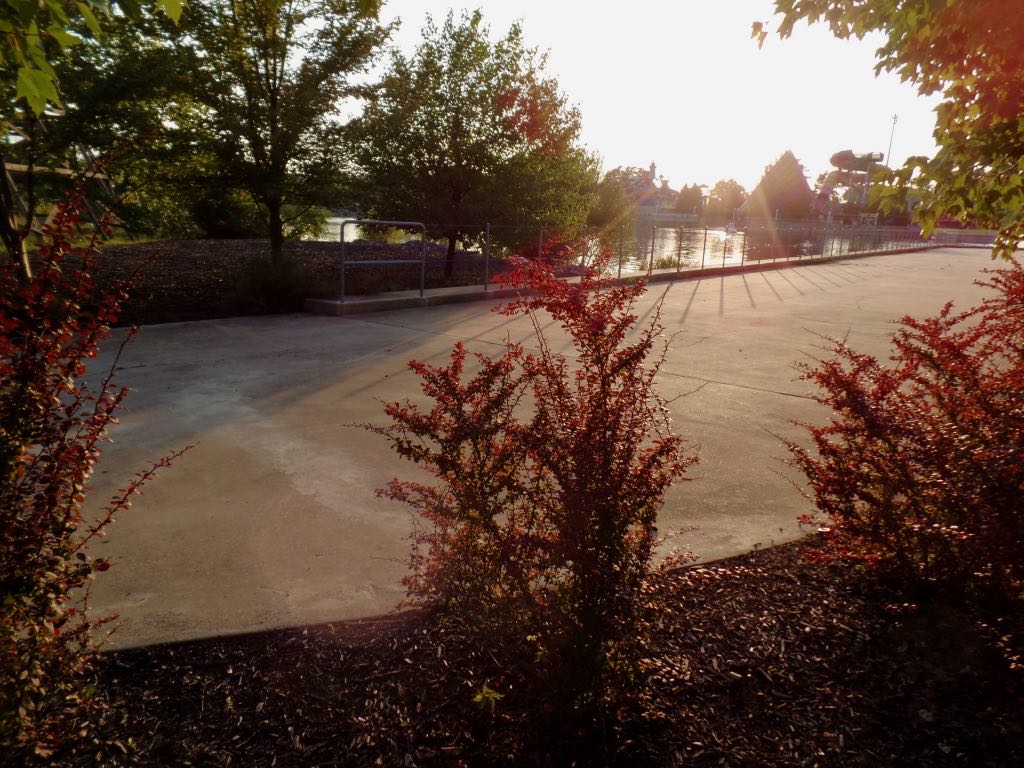 Somehow every time we visit Michigan's Adventure late in the season we have skies and lighting like this. 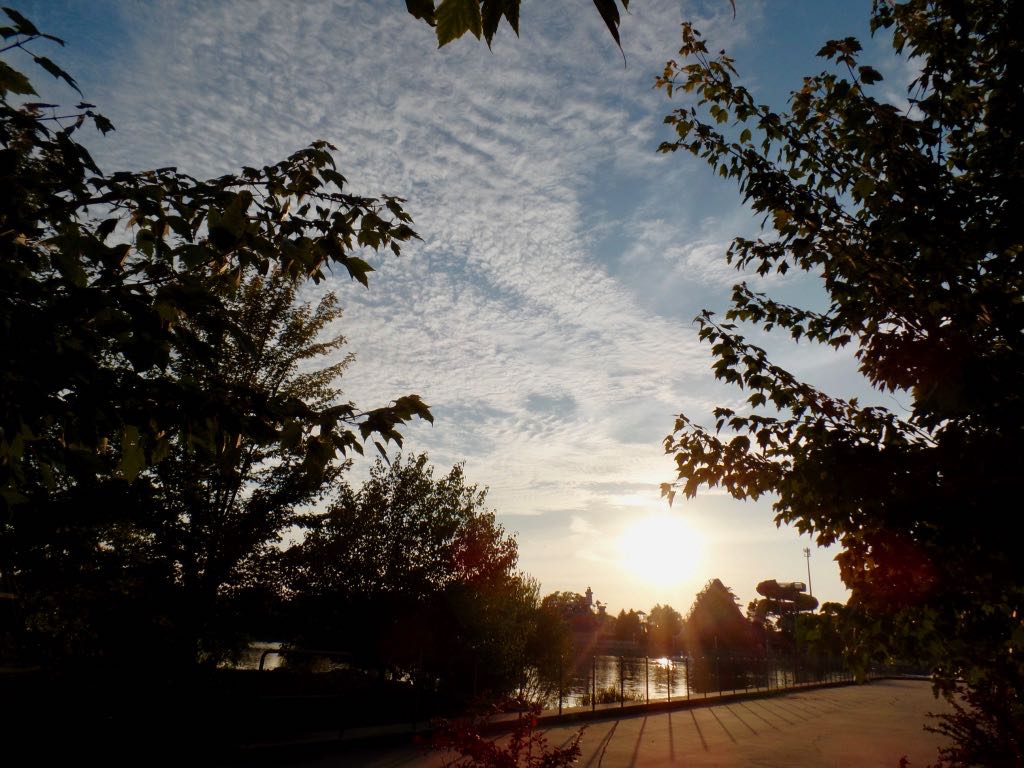 More of the glorious evening glow as we approach sunset. 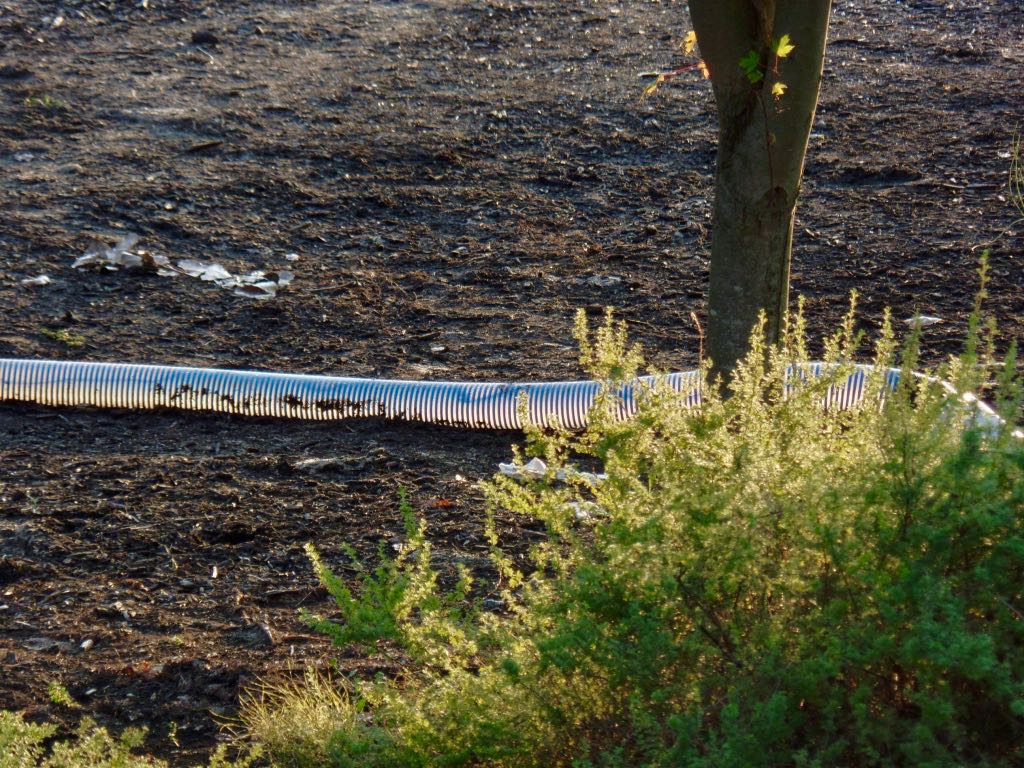 One more look at the wet vacuum trying to pump out the park. 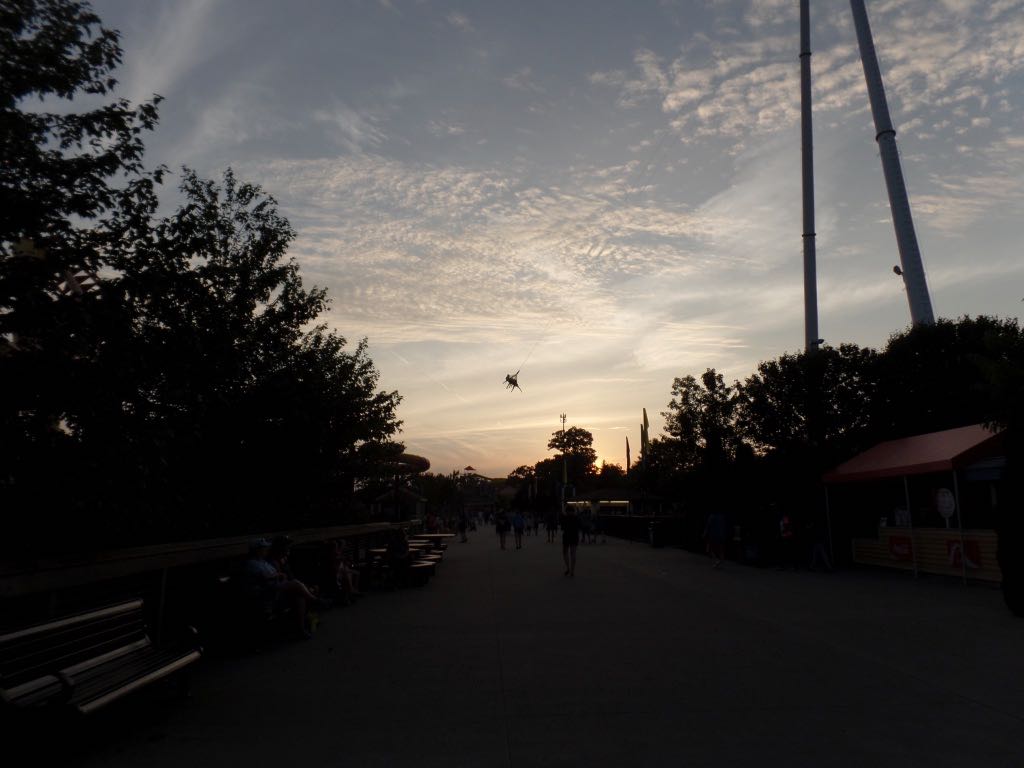 Ripcord, which sends you flying through the air on slings, seen by the setting sun.