I wonder what they were getting into, or were they just lost in the flood?

So we are having a merely ordinary level of flooding here in Lansing. On my daily walk yesterday I went down toward the zoo, and the River Trail, which lines the Red Cedar River. Mostly I wanted to see just how flooded it was. My pictures, taken on an iPod, aren't great, especially since so many of you don't know what it looks like un-flooded, but trust me: these waters are high. 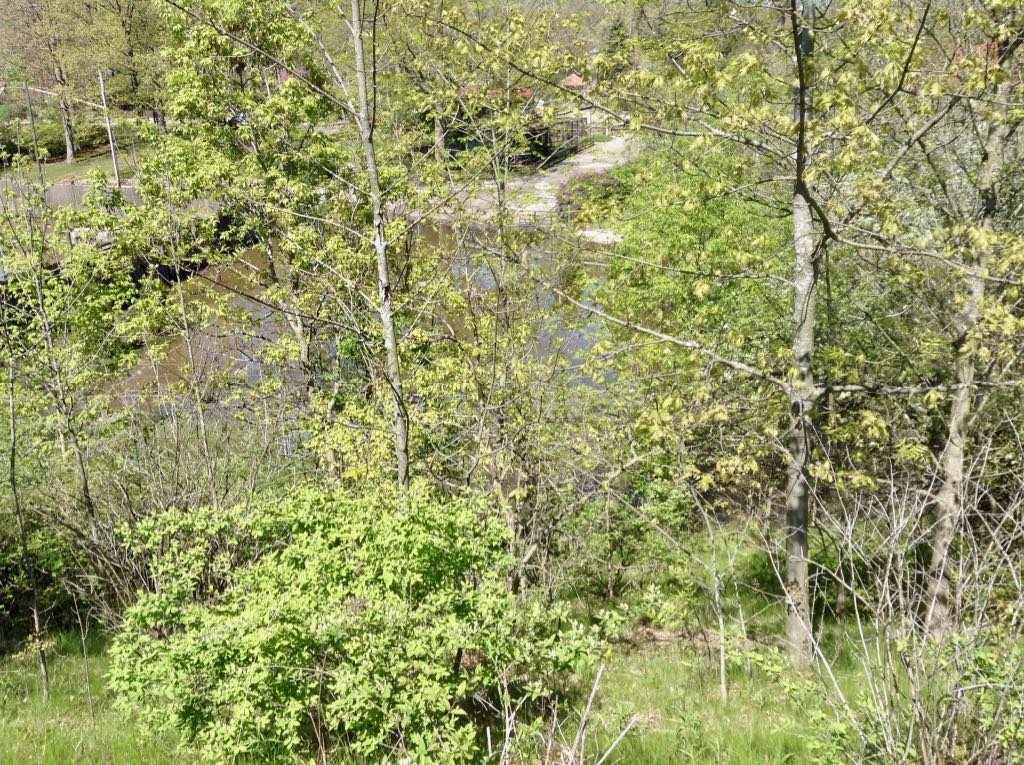 Along the way, and also by the river: the Potter Park Zoo! The approach to there, though, is lined by roadside plants, but you see the wooden fence that starts near the upper left corner? With the water against it? There's an (unoccupied) animal enclosure on the near side, where the water is. 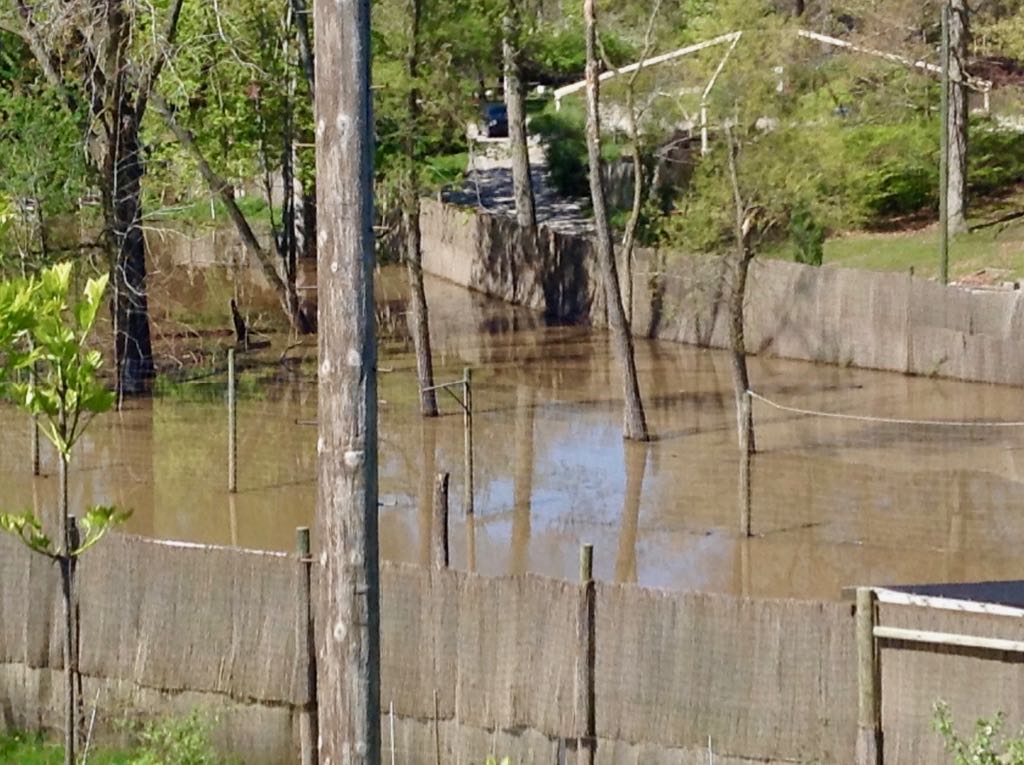 Another photograph approaching the zoo. I've seen them, recently, with animals in this enclosure. So anyway you see how determined they are to give the newborn river otters a good environment. 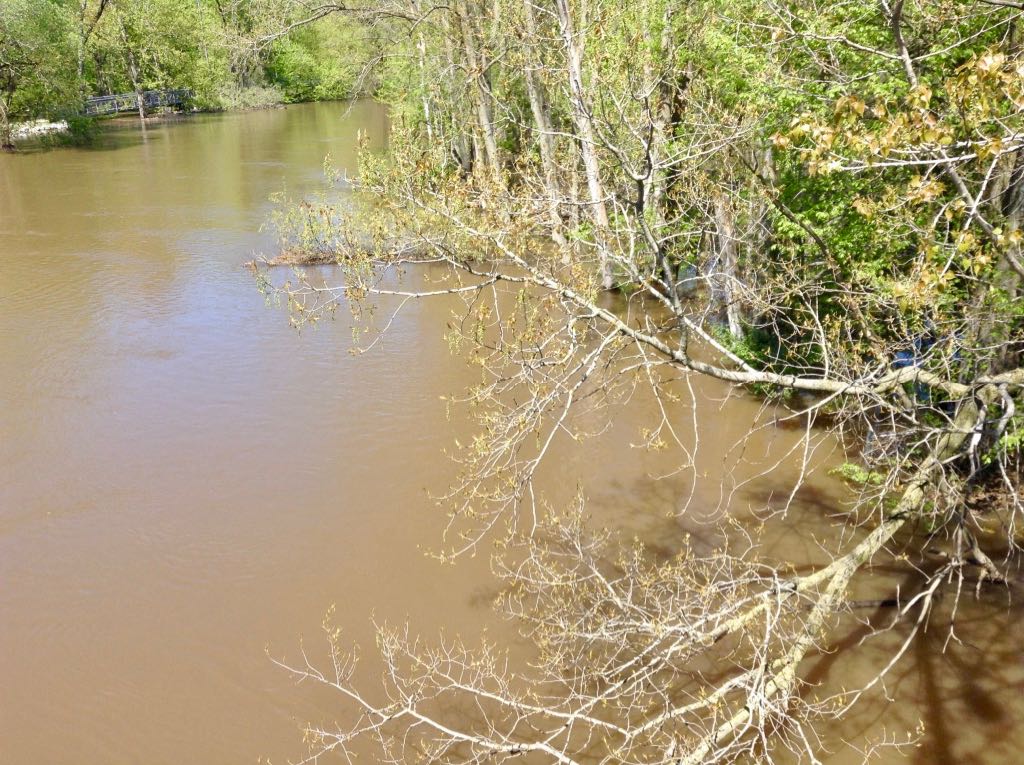 And here's a first view of the Red Cedar River. 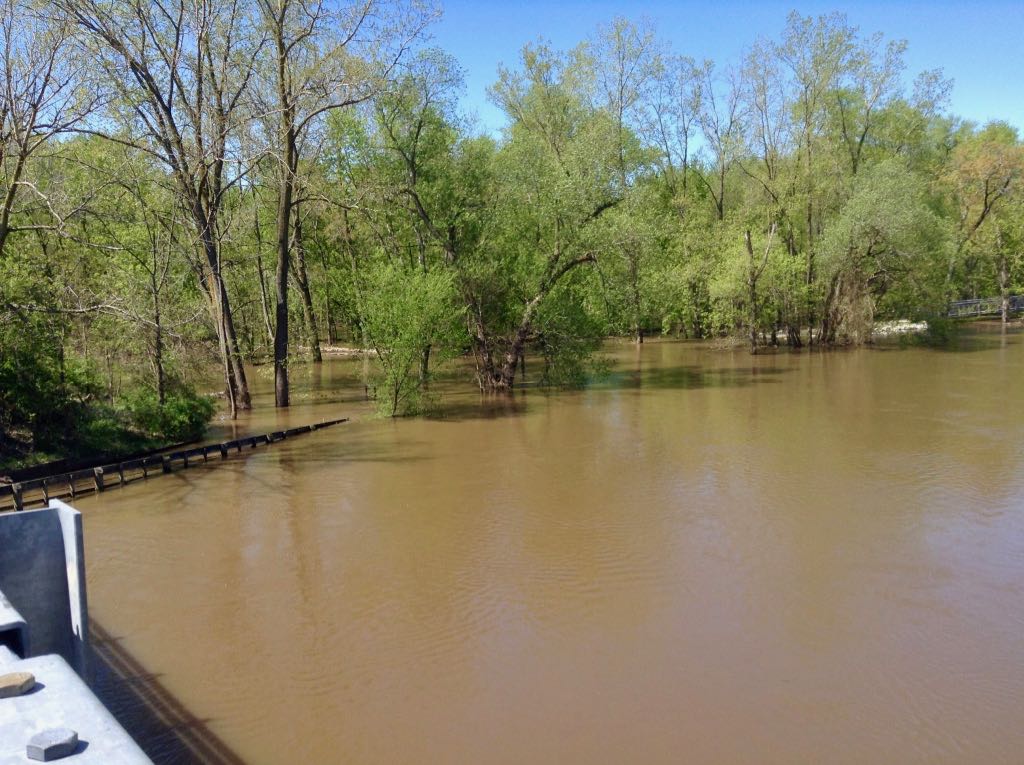 The fence sinking into the water is the River Trail, aptly named. You may notice a bridge on the center right edge; that's the path to the Zoo entrance. 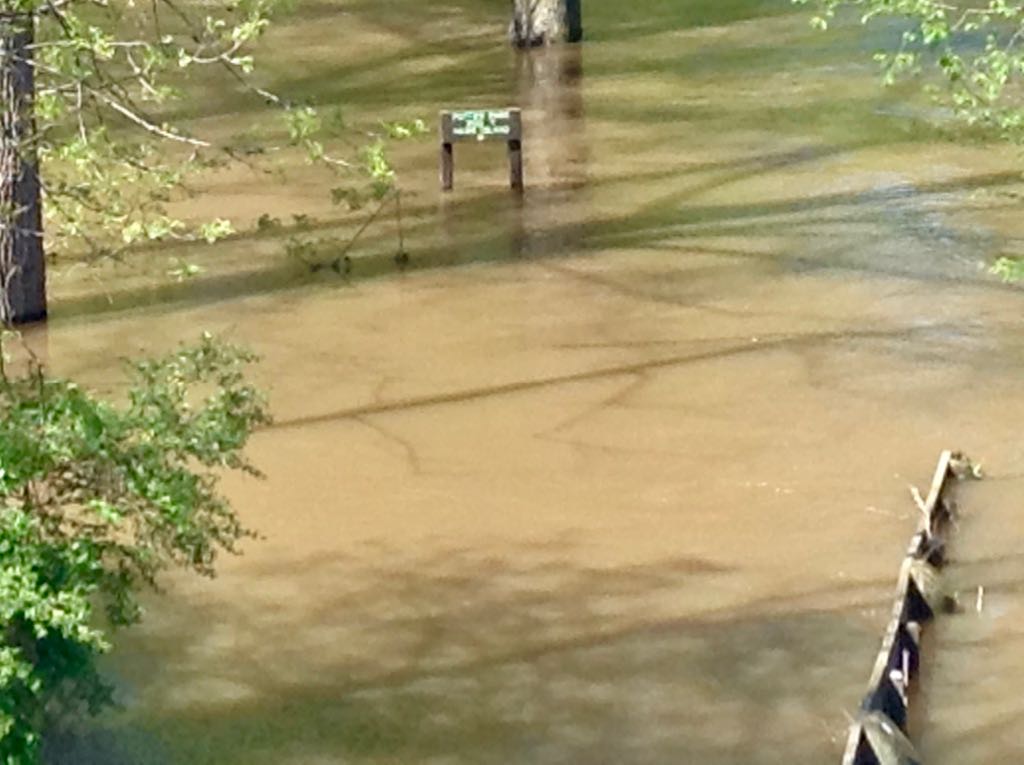 Directional sign, pointing the way to the Potter Park Zoo and also to Hawk Island, underneath around four feet of water. 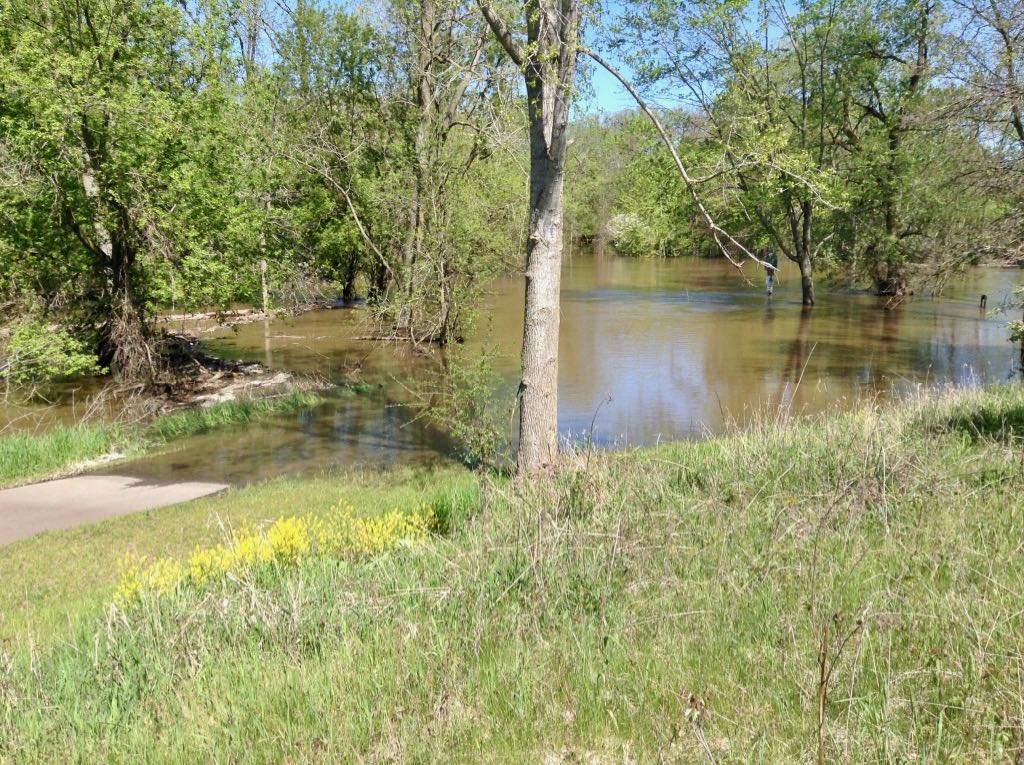 And here's the approach from which the path beside the major road leads to the River Trail. 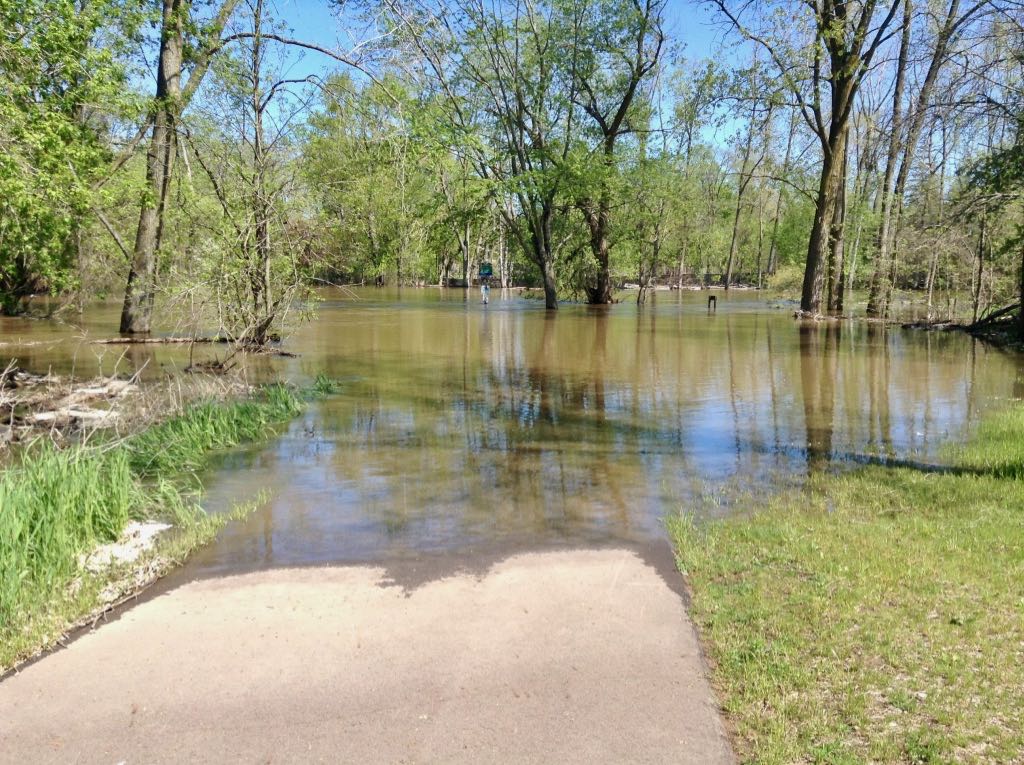 Yeah, see, the problem here is the River-to-Trail balance is off. Flooded woodlands beside the River Trail. It's undeveloped land but it might as well be part of the park system since, you can see, it gets a bit wet. 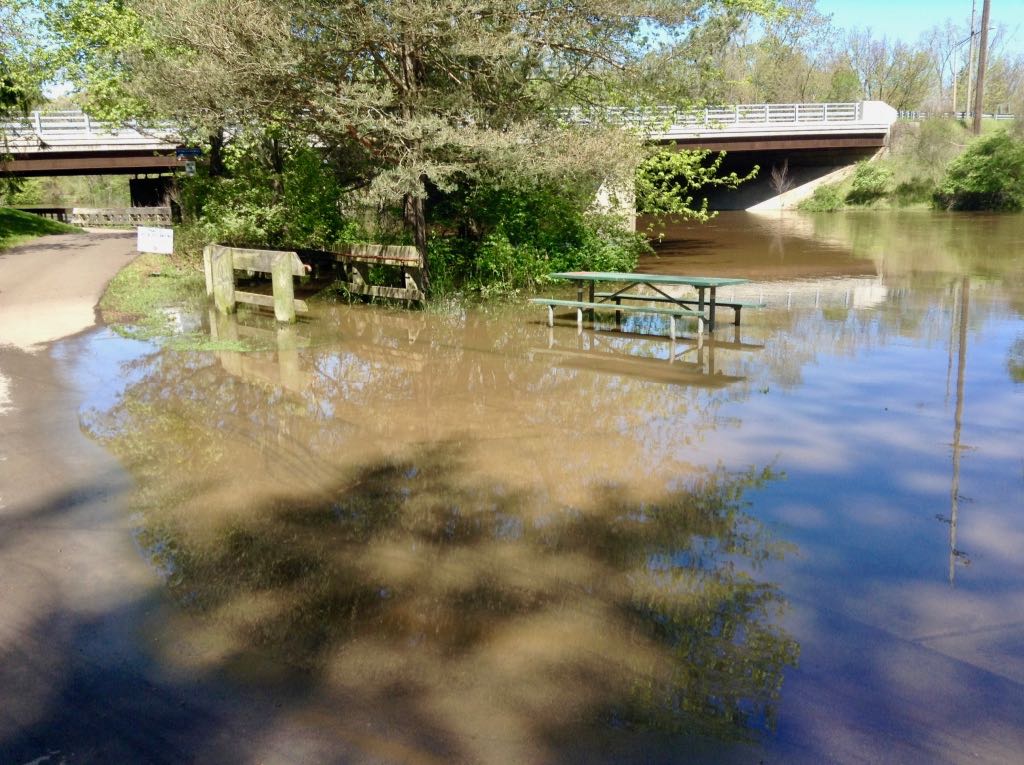 Kruger's Landing, opposite the major street (you see the overpass), is also part of the River Trail. The picnic tables give some hint of what the design for the park is like. 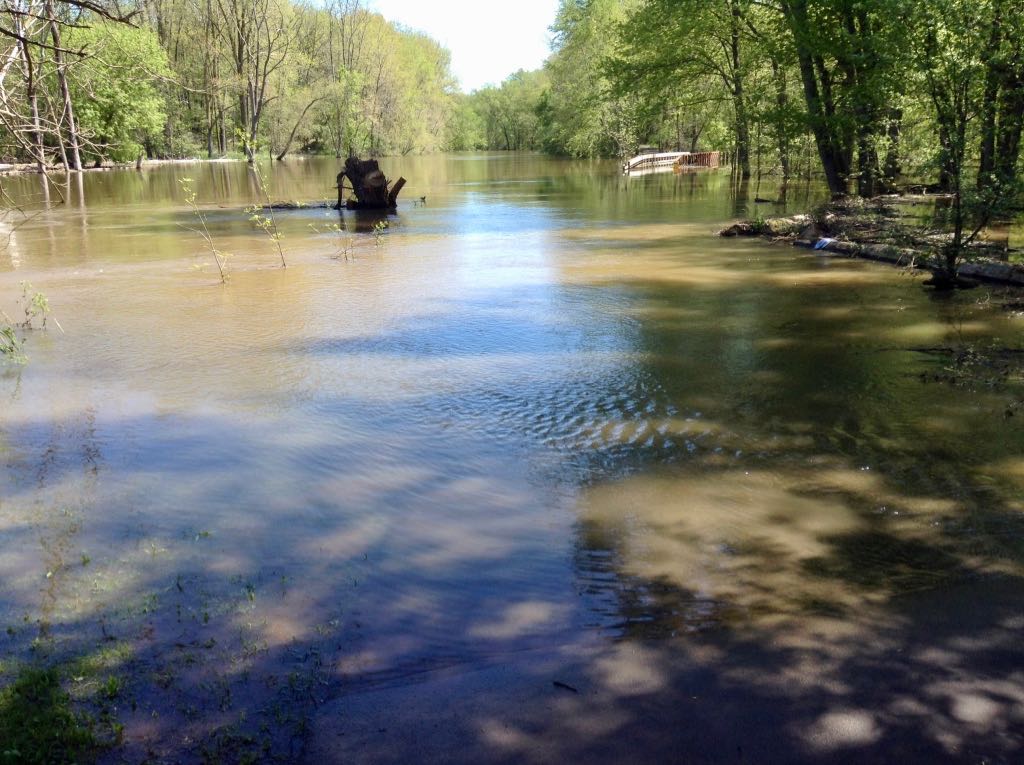 Looking out over the River Trail, leading towards the Michigan State University campus. Note the bridge just barely emerging from the water in the upper right. 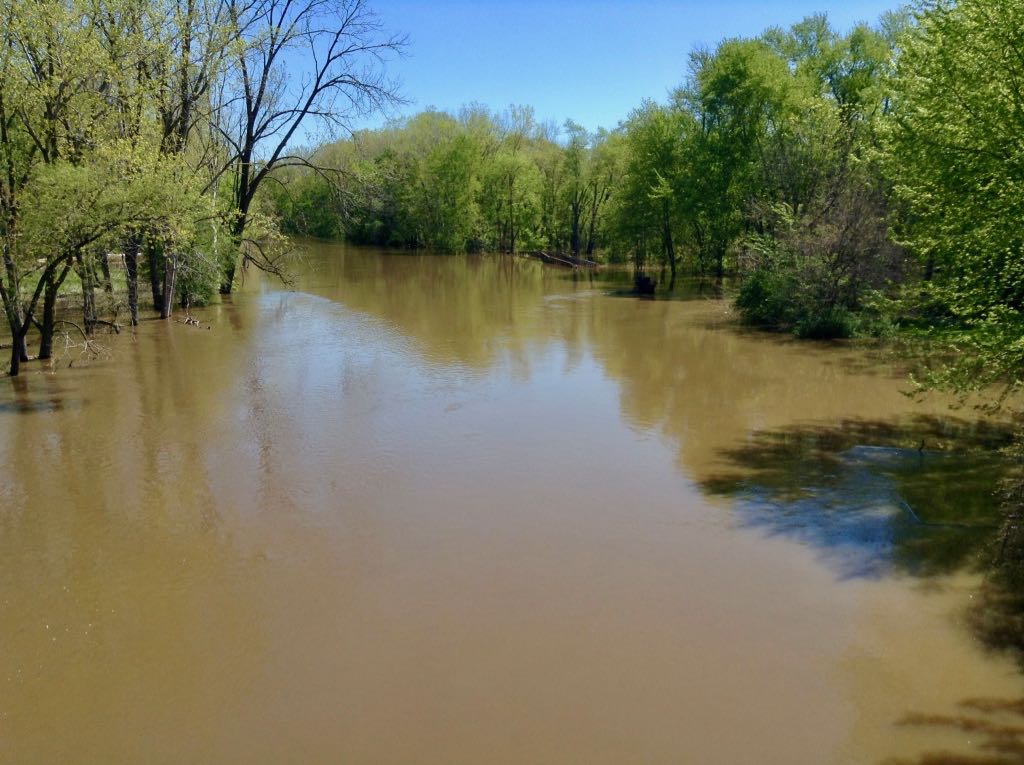 Looking out east on the Red Cedar River. The pedestrian bridge is in the upper side of center there. 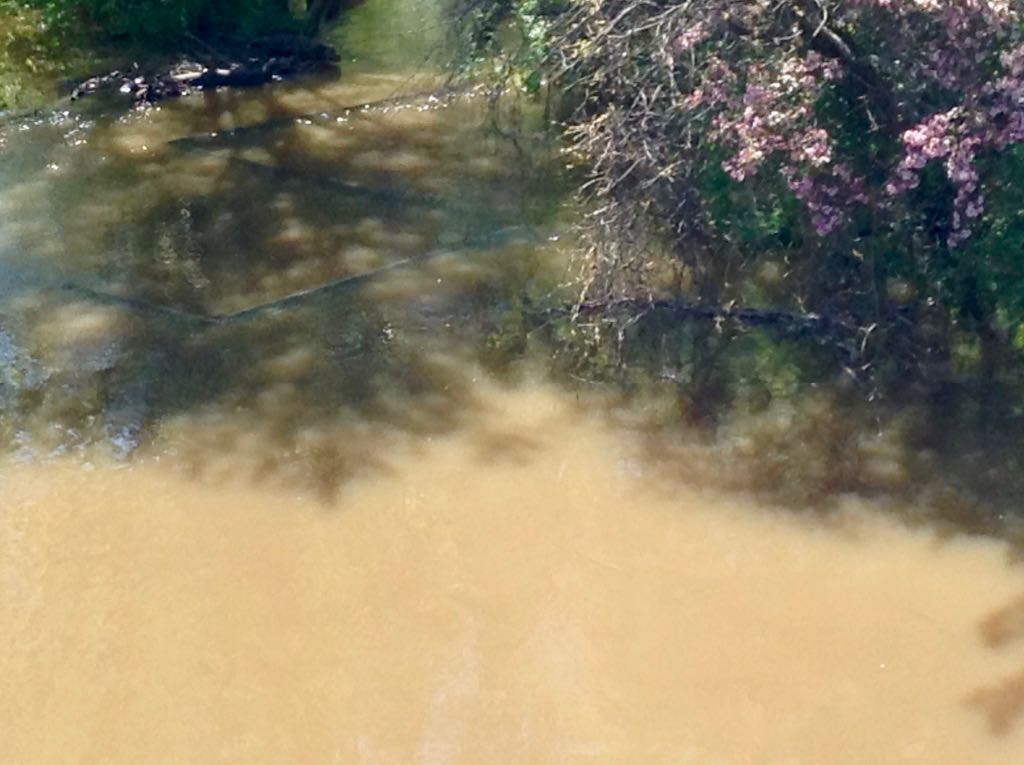 The boat launch for Kruger's Landing, 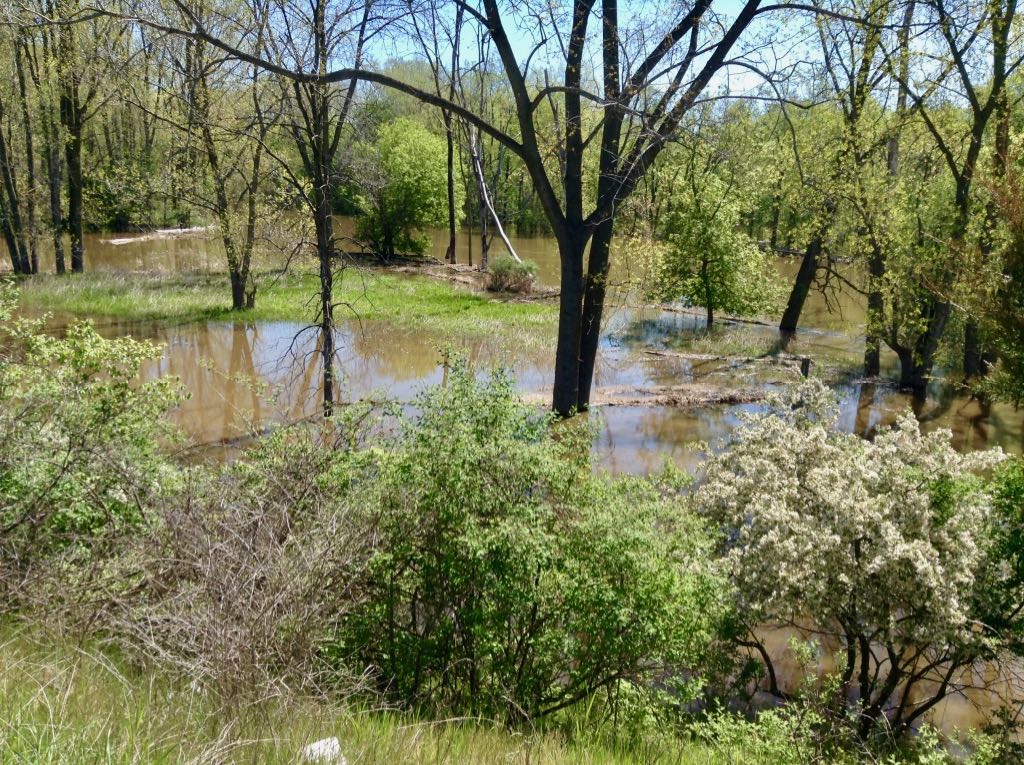 More flooded woodlands on the returning path from Kruger's Landing. 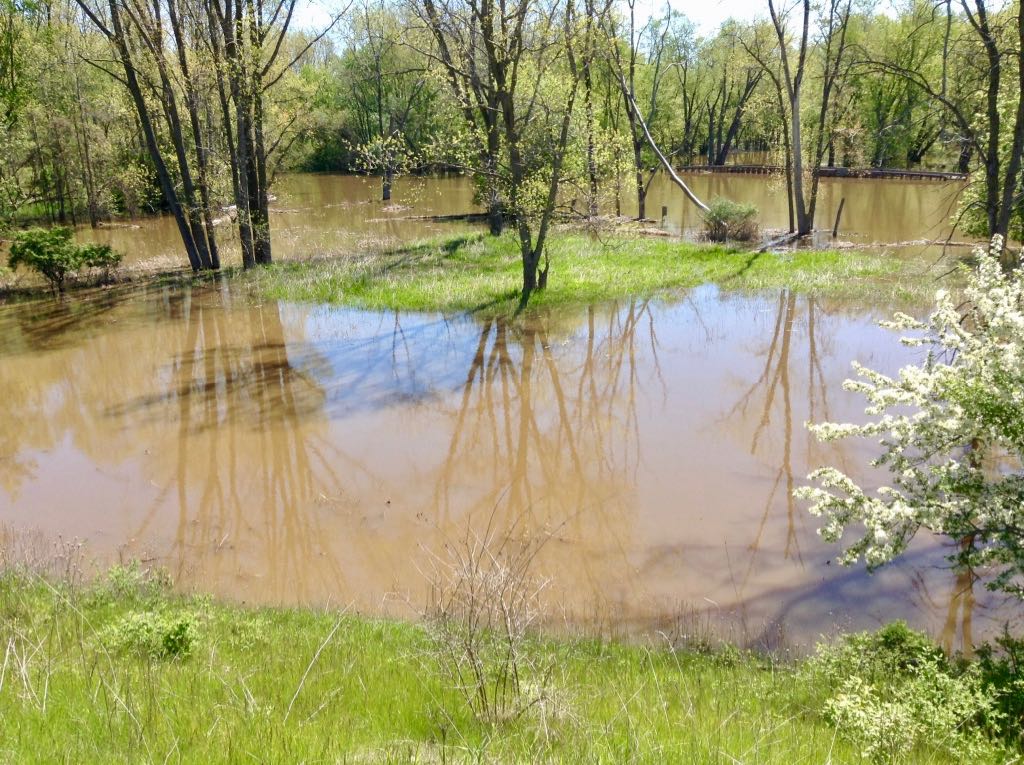 And the water hasn't quite crested yet. Looking out, loosely, in the direction of Michigan State University from here.

Trivia: Jersey Barriers, the 32-inch-tall concrete walls with sloping sides, were indeed introduced in New Jersey, in 1959. Source: The Big Roads: The Untold Story of the Engineers, Visionaries, and Trailblazers who Created the American Superheighways, Earl Swift.

Currently Reading: Rising Up from Indian Country: the Battle of Fort Dearborn and the Birth of Chicago, Ann Durkin Keating.

PS: Who's most likely to win The Price Is Right Showcase Showdown? sharing a paper