I never wanna cool down

bunny_hugger talked with the landlord next door. Or, well, the guy who runs the place for ``his family''. It turns out there's a reason we haven't been able to get a handle on who is renters are now: he doesn't have them. He's put the place on AirBnB instead, so there's new people every month. According to city code, the place has to have a rental certificate to do this legally, and he hasn't got one yet, but surely that's coming. Not answered: who the heck is renting out AirBnB's in the working-class neighborhoods of Lansing during a pandemic? And why?

Anyway he talked a good line about how the view into our pond was one of the things selling him on the house, which made our putting up the fence a disappointment. And then talked about putting up something along his driveway so that renters would not accidentally drive into the mint garden on the side of our house. (Our houses are very close together, and while there's plenty of space for cars, it's reasonable that drivers don't feel confident in that. Past renters have driven into the tiny strip of our yard there.) And about, if he does get the driveway re-paved, doing a something so it drains better, which would also help that side of our yard drain better. Which is all pleasantly positive, but then, the last landlord said nice things when seeing us face-to-face too. 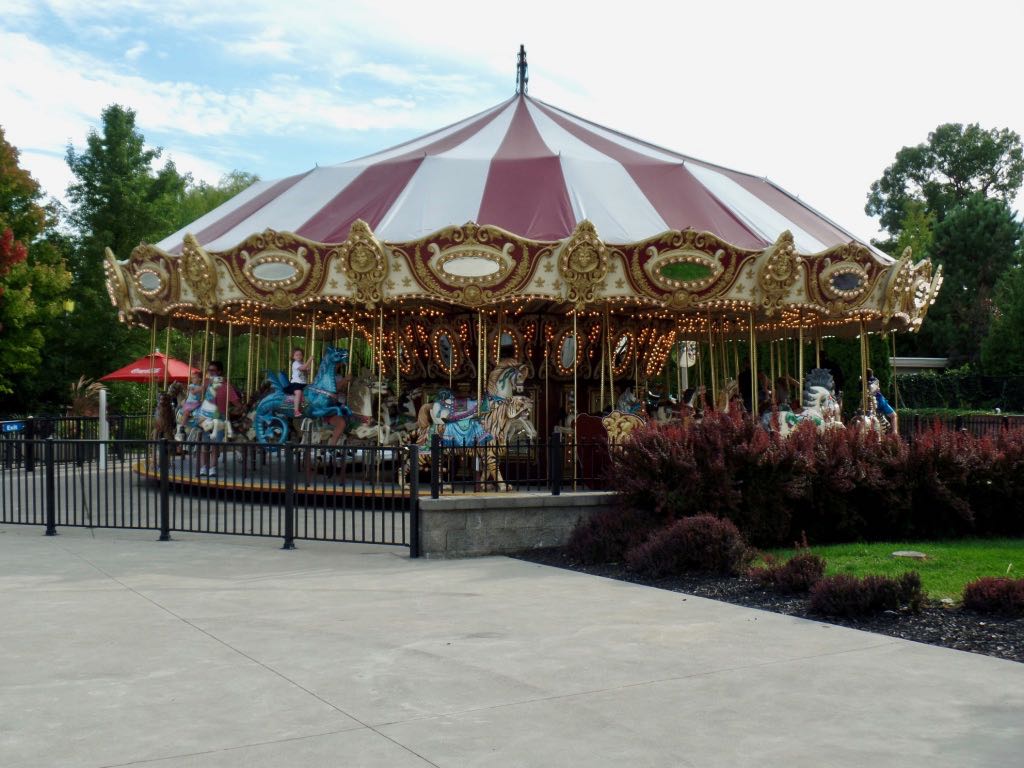 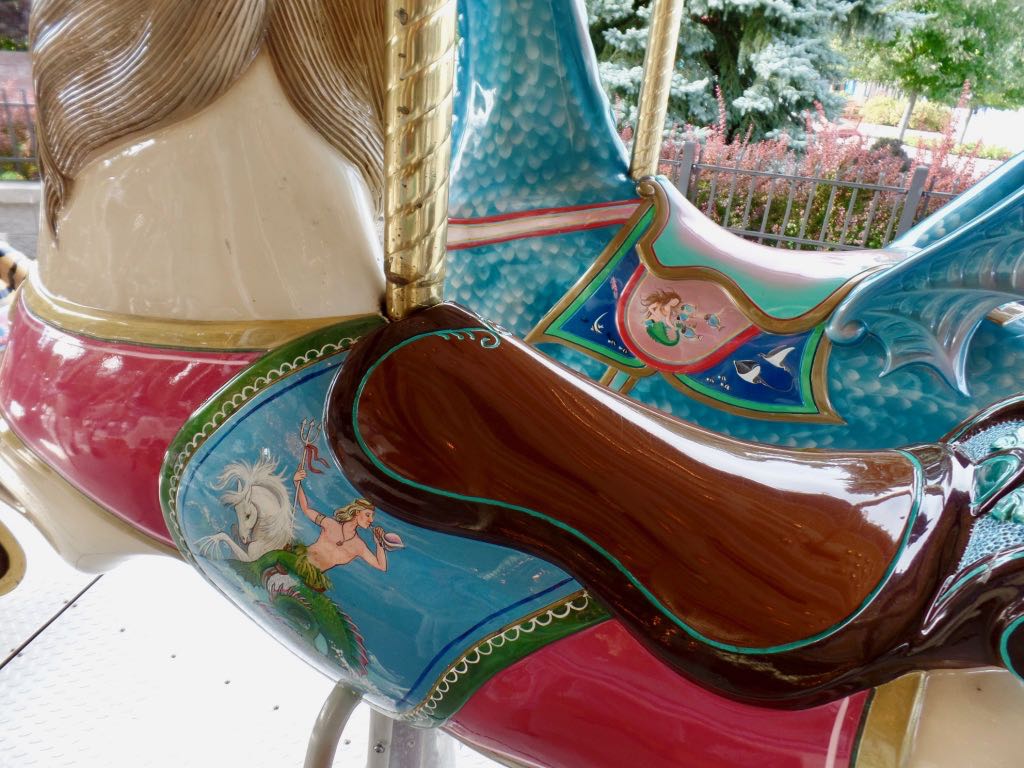 Mer-men and mermaids painted on the saddles of the carousel. The outermost figure is the sea dragon, which gives a theme to the other mounts along that radial line. 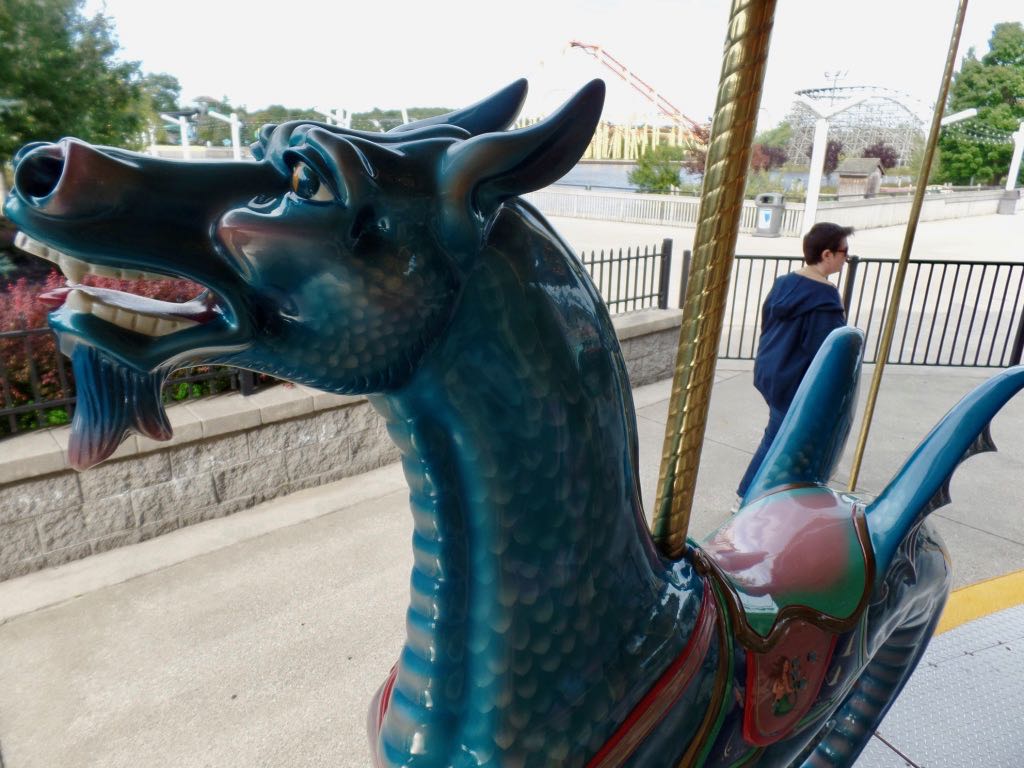 And there's the sea dragon seen from the inside. 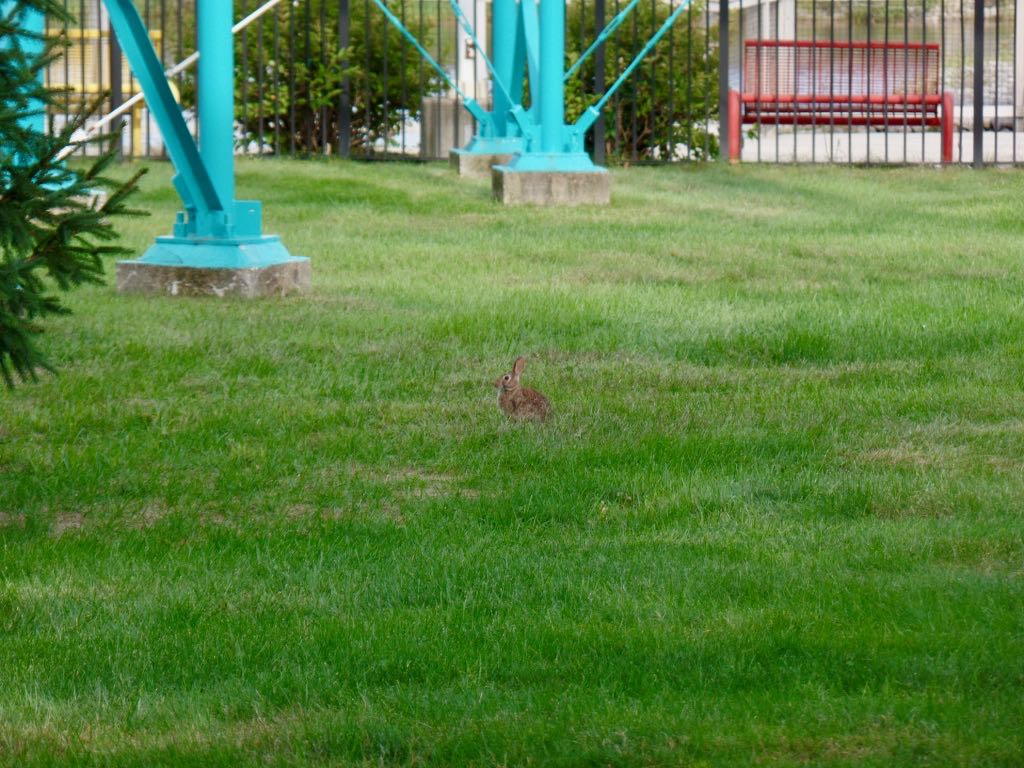 And here all our plans got disrupted. Did you know there's bunnies living in the infield at the Corkscrew roller coaster? There are! 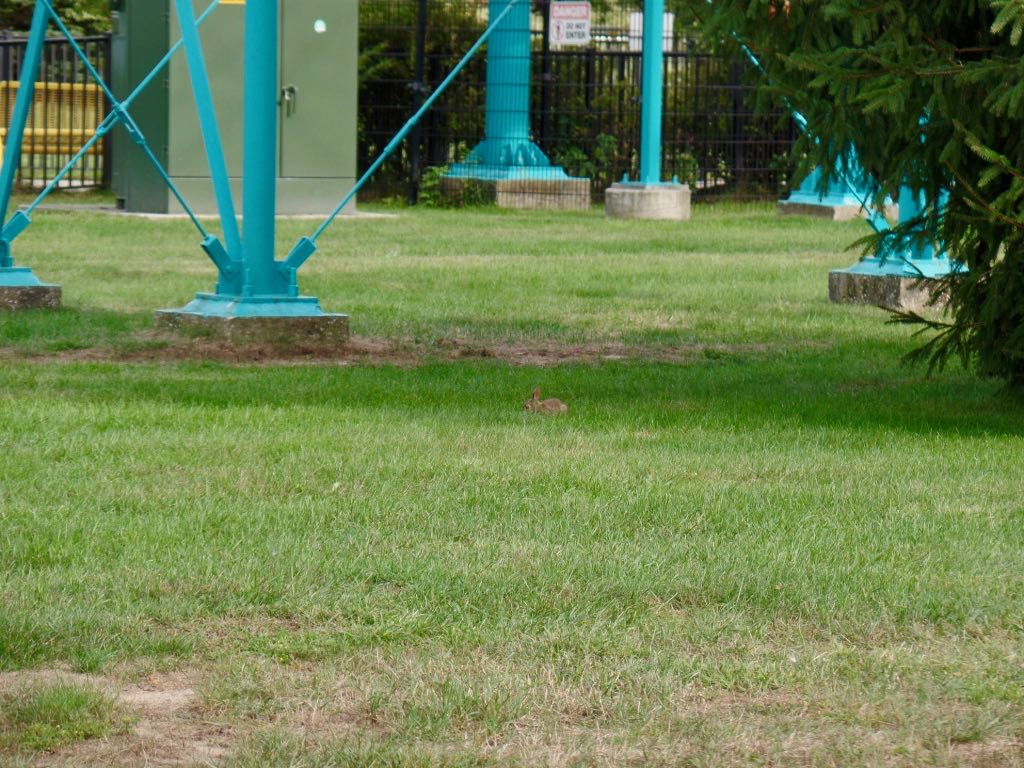 Here's another rabbit that found the vicinity of the roller coaster a safe place to graze. 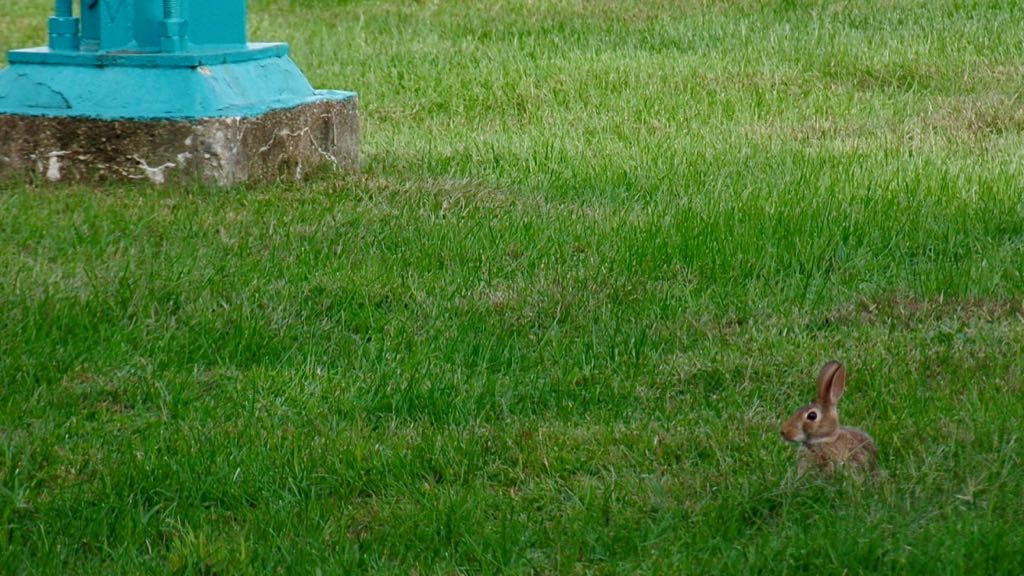 So this rabbit was nestled in the grass to the right of the ride's entrance. 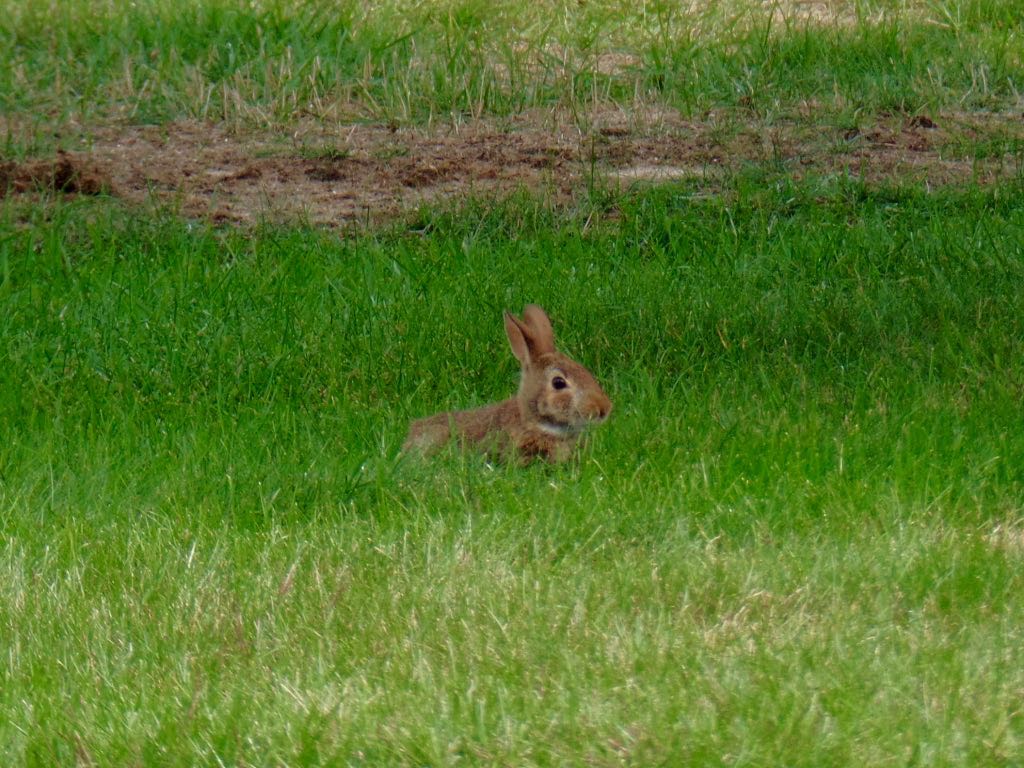 And this one was off on the left of the ride's entrance.

Rabbit looking over the roller coaster foundation and thinking, ``I could take that out''. 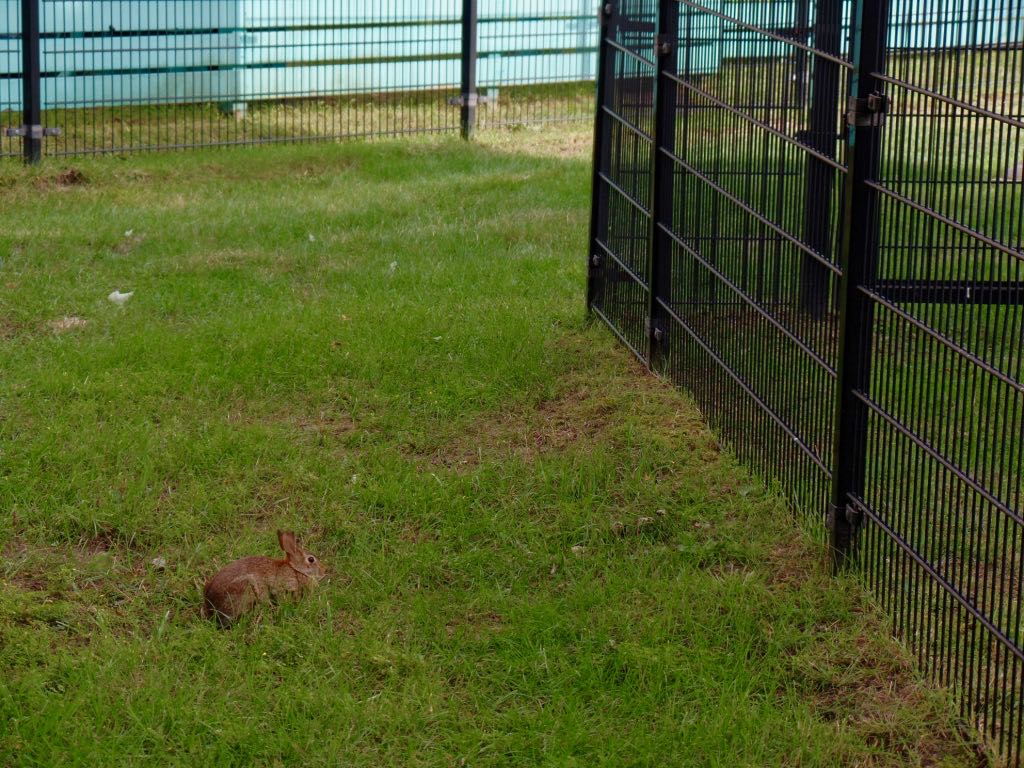 Rabbit looking over the fence that protects some of the foundations and thinking, ``Is this sarcasm?'' ``Yeah, this is totally sarcasm''. Rabbit ponders how to get to one of the loops on Corkscrew. 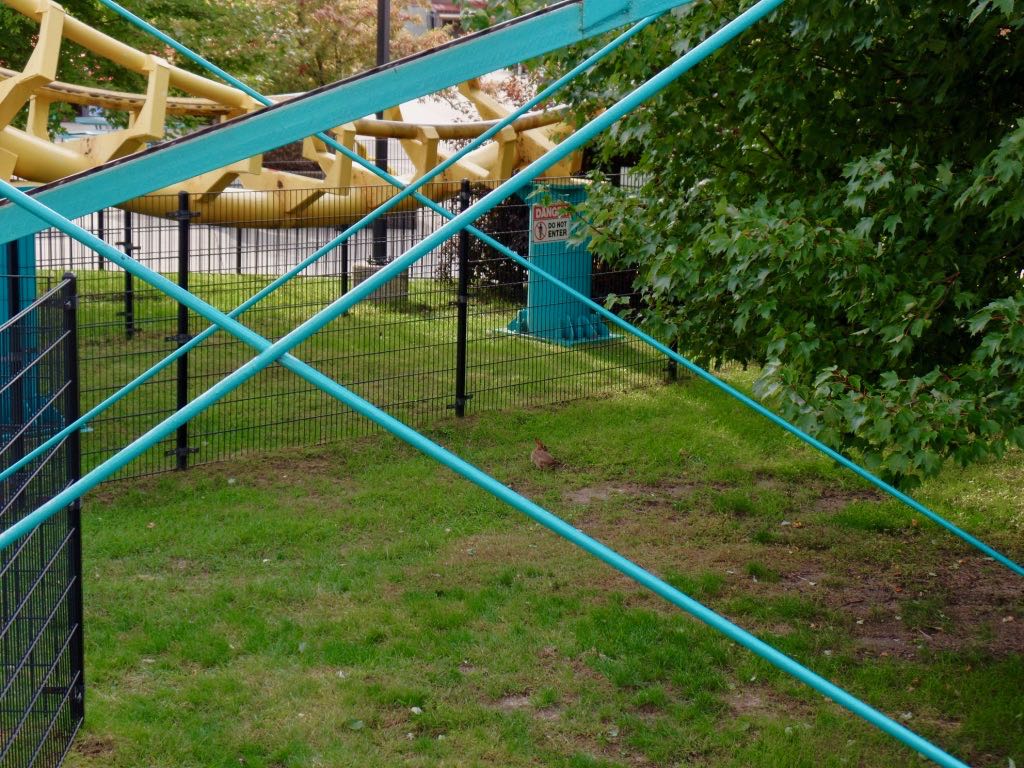 A different view of the rabbit that's looking over the Corkscrew loop. 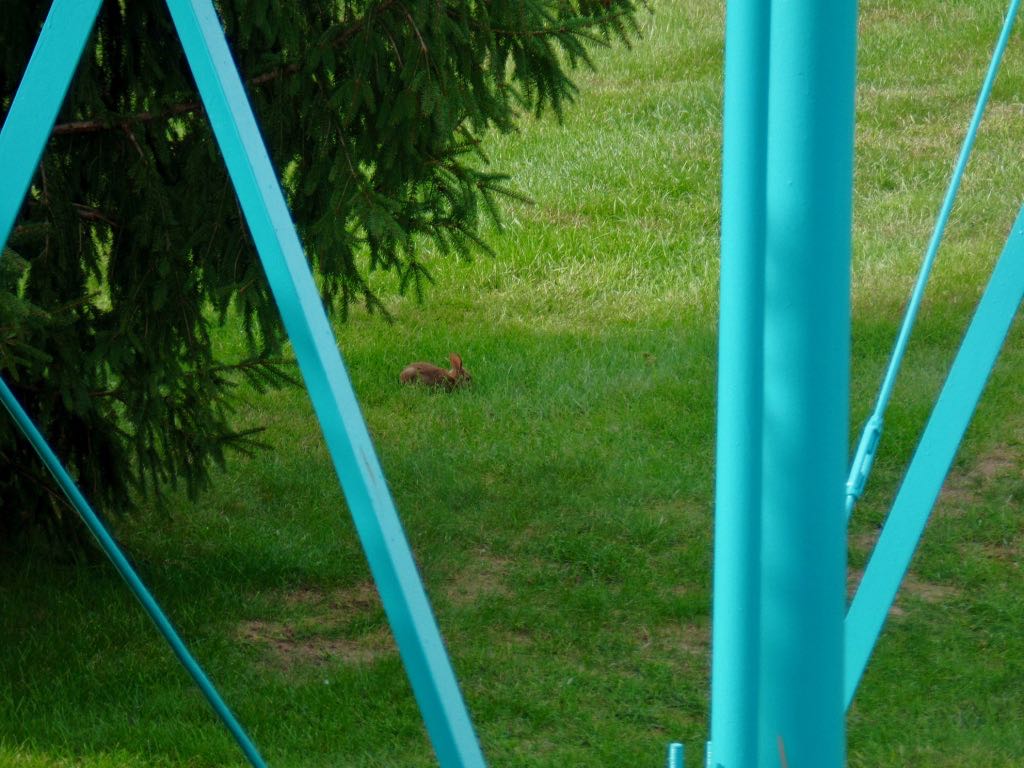 And here's a view, from the station platform, of that rabbit that was to the left of the entrance gate. Corkscrew seen in action! They're ready for a loop; are you? 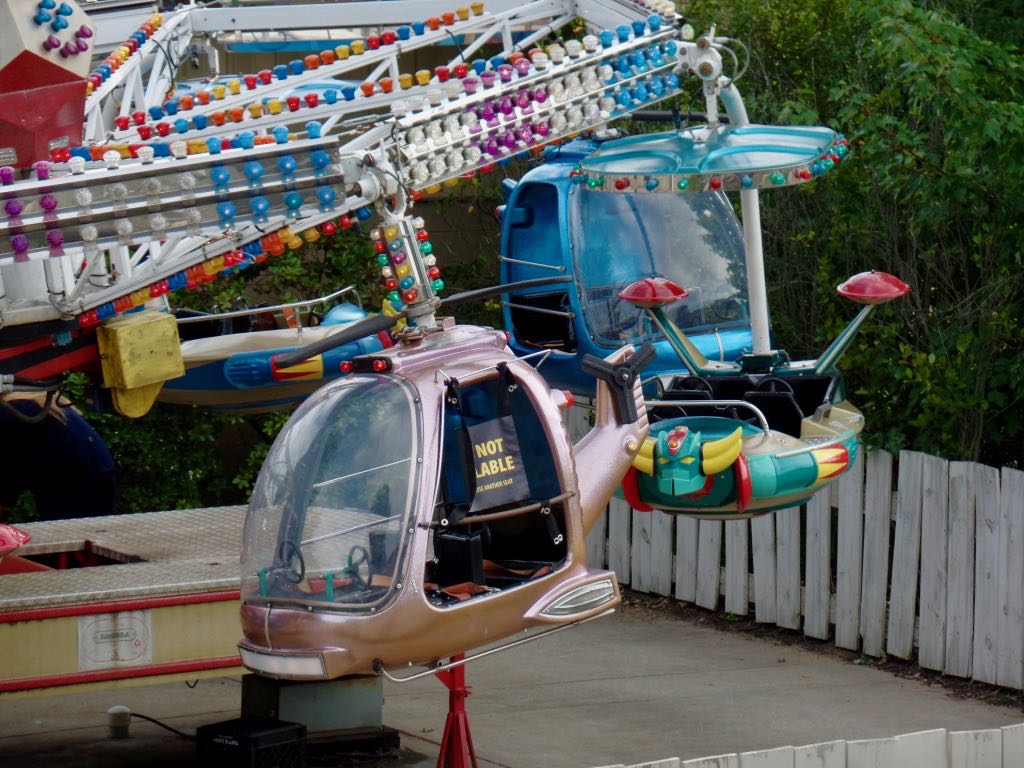 The helicopters ride, one of the kiddie rides. Also, some of the helicopters are robots, because, do we need any further explanation? 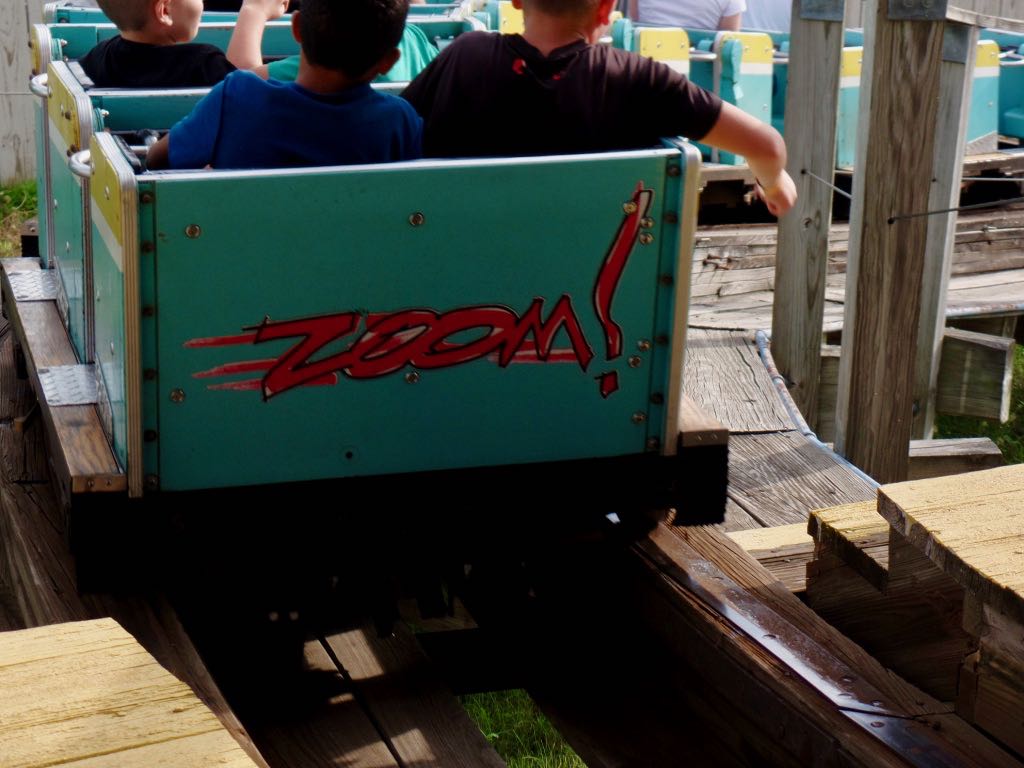 We closed out the day, and the season, on Zach's Zoomer, a junior wooden roller coaster. Here's the back of the last car on the train. Often but not invariably the ride operators well send you off saying to have fun riding ``Zach's Zoomer, zoom zoom!'' (Zach was the name of the ... grandson? ... of the park owners when the ride was built in 1994.) 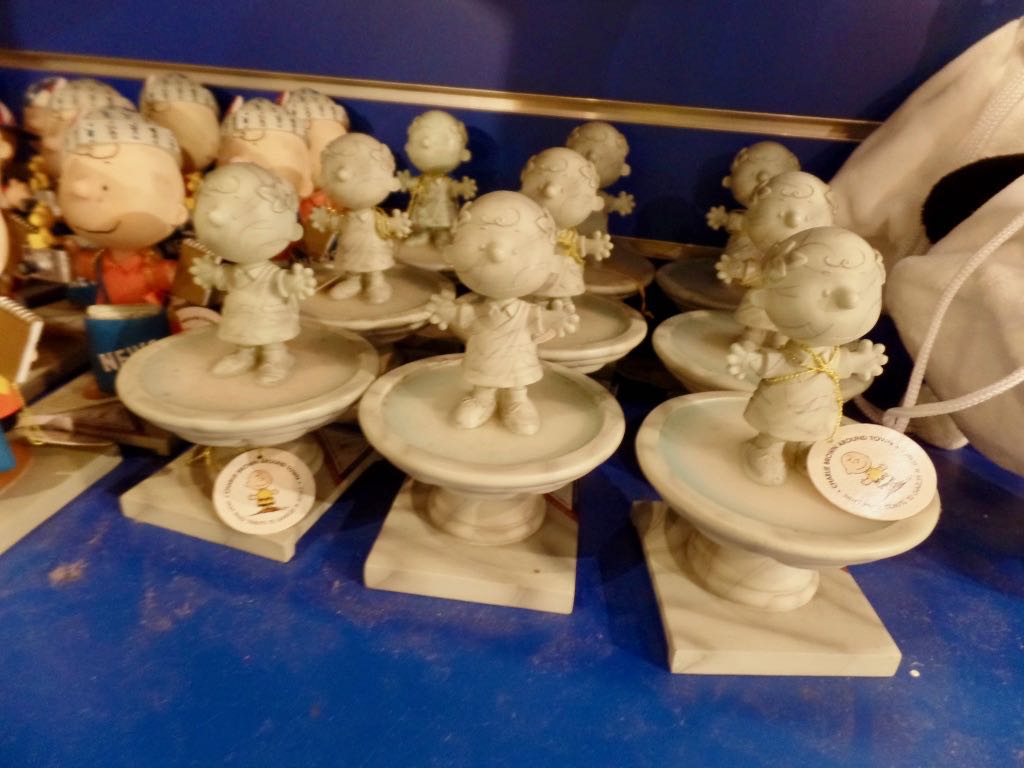 In the gift shop on the way out we encountered these figures from You Shouldn't Have Battled Medusa, Charlie Brown.

Trivia: From 1490 to 1499 the collection of tolls on London Bridge was farmed to a haberdasher, who lost money initially, as ``divers great persons'' would not pay. Source: Old London Bridge: the Story of the Longest Inhabited Bridge in Europe, Patricia Pierce.