Who's gonna tell you when it's too late

In other circumstances, we'd have been in Columbus by now. Well, Worthington, Ohio, anyway. Probably we'd have dropped Sunshine and Fezziwig at

bunny_hugger's parents, for a lunch that went longer than we planned on. A rush to Ohio to get to Coon's Candy before it shuts (and then we remember that it would be open on Monday when we'd be driving back, as that wouldn't be Memorial Day). Getting to the hotel that's still strange and alien and unusual. Probably dinner at Hot Head Burritos. Going out the night before the convention started to see stuff being set up and ambiguous signs about there being karaoke. Probably stopping in the Mystery Science Theater 3000 event just late enough that the hosts have gotten drunk and people are just coming up to say whatever pops in their head while, oh, The Werewolf of Washington finishes off its last reel. We'd have had no idea what was going on, but, it would have been nice to have been there.

Kept my humor blog going another week, despite it all. Here's what's been running:

The theme for today's pictures? It is a grab bag, a couple miscellaneous photos of nothing big, taken over a couple of days during September 2018. A little glimpse of the neighborhood and things going on in it, then. 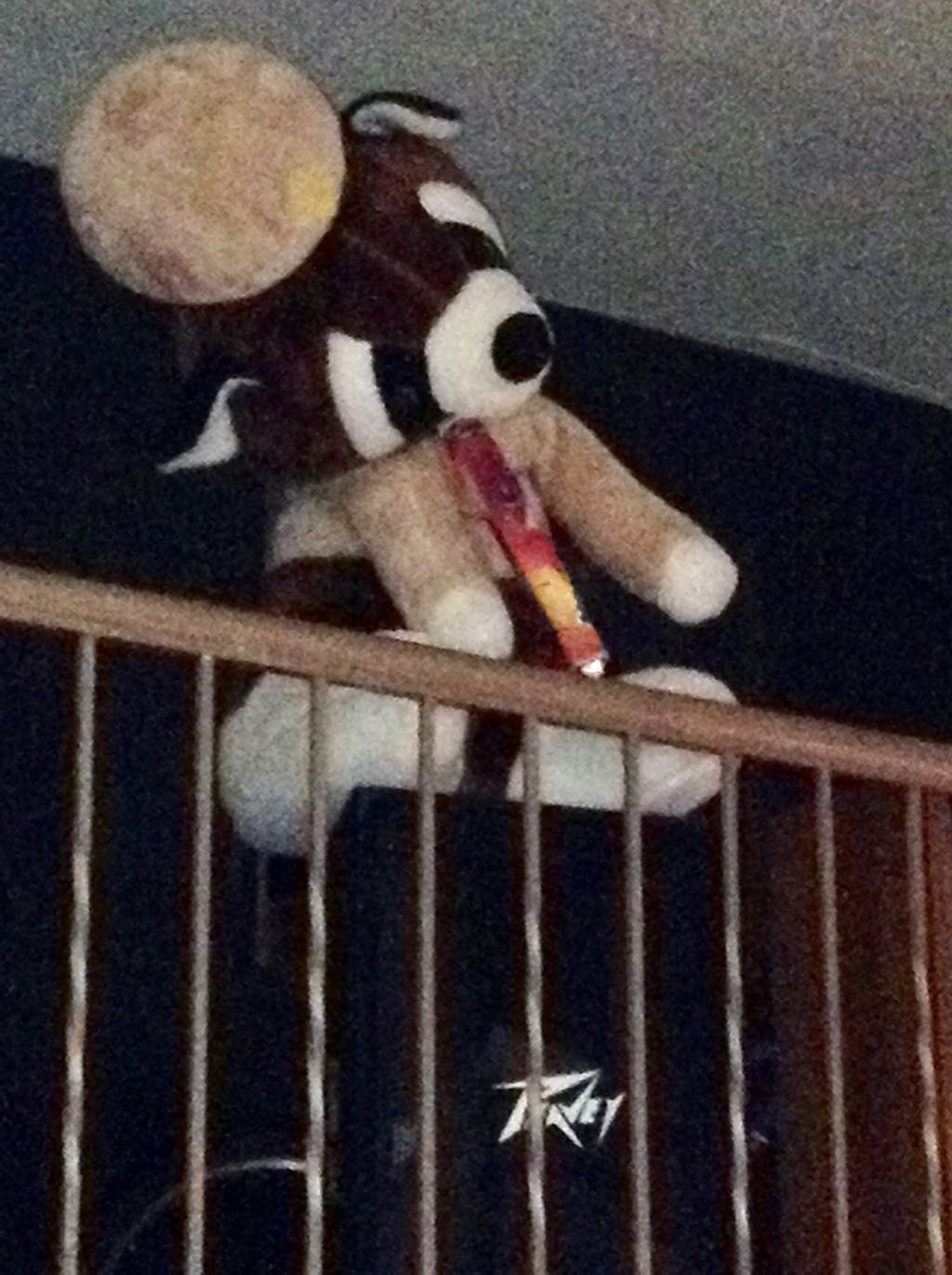 Big stuffed raccoon that hung around our hipster bar a fair while. I had not seen it in a while before everything shut down, but, stuff appears and goes missing there a lot. For a while they had a raccoon on their staff page, but last I looked they didn't. 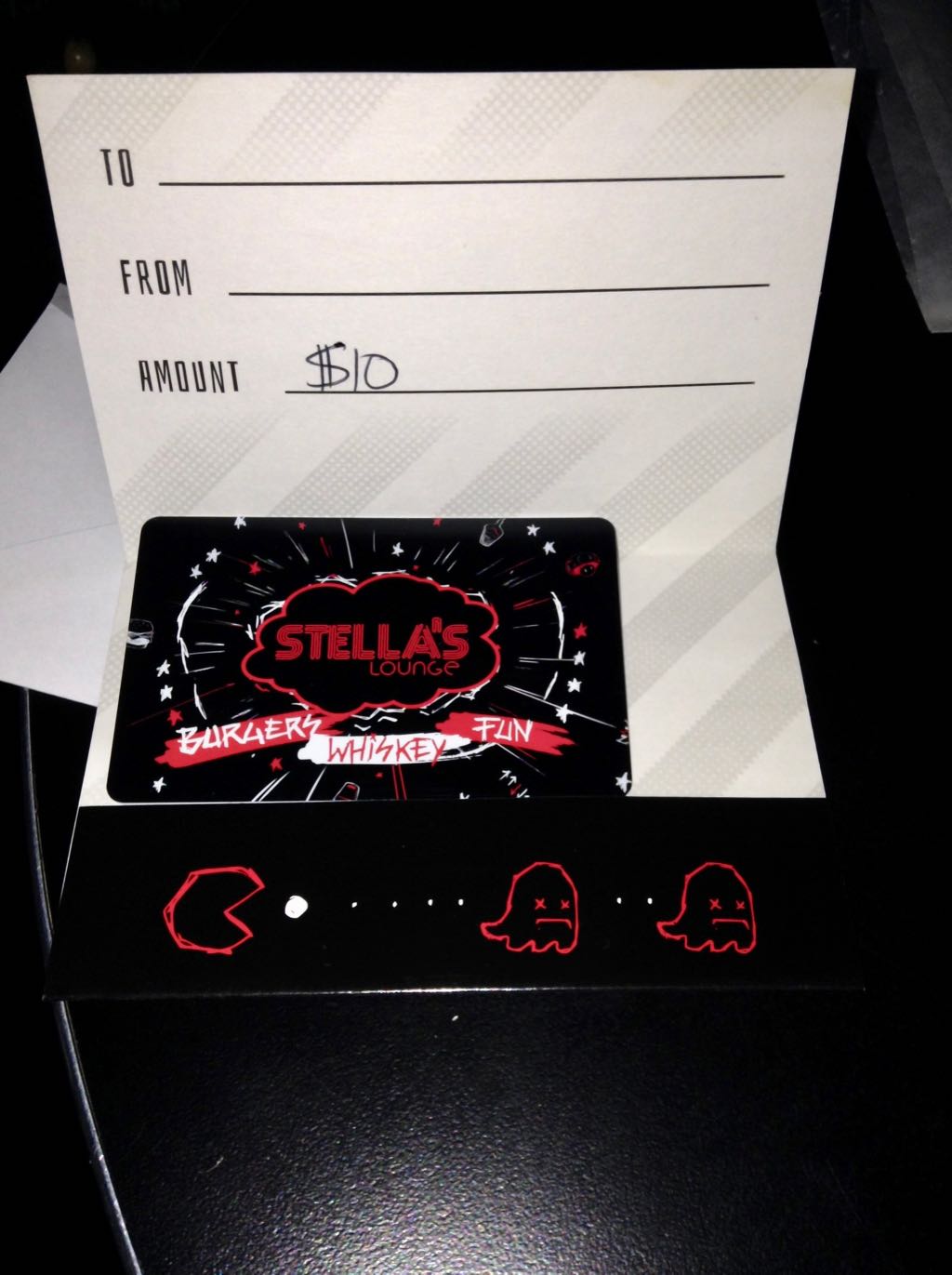 The bounties of going to a pinball event! We won a gift card to Stella's, extremely hipster bar in Grand Rapids, by going to a small pinball event organized by AJH at Logan's Alley, a nice cozy bar in a different part of Grand Rapids that had four tables. We'd have extremely cramped pinball tournaments there. 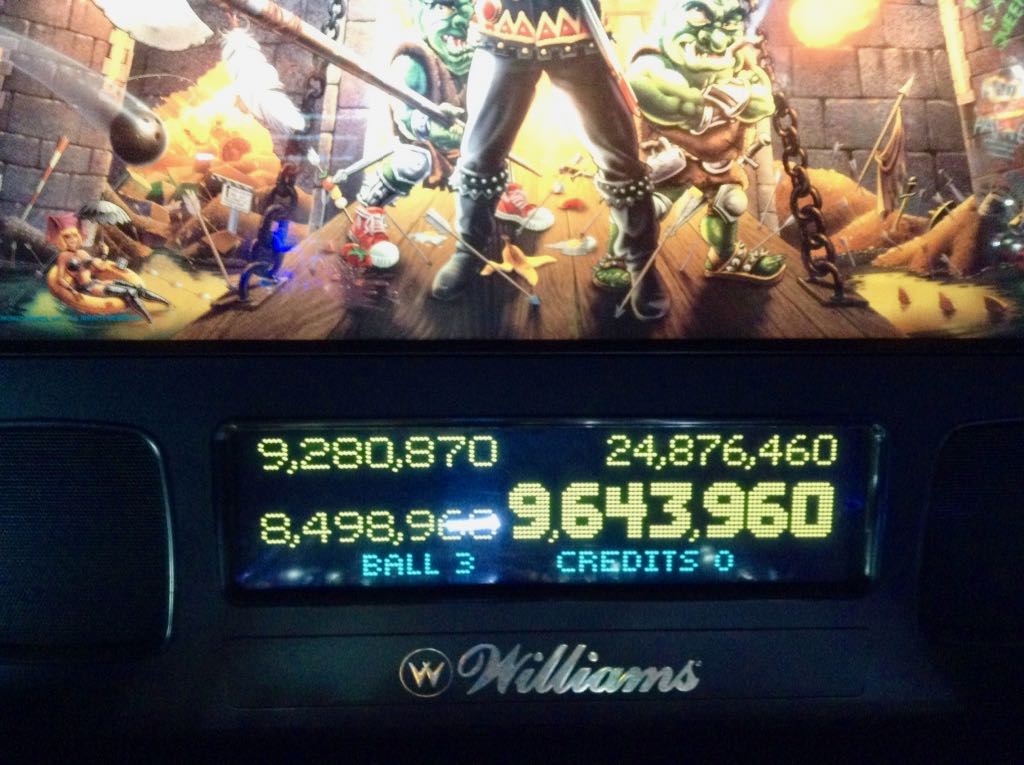 From, based on the date, a Grand Rapids Pinball League night. This is in a different bar from the two mentioned above. It has rather more space, although not really enough for league night. Photograph of the standings taken at the start of the fourth ball and, given that I took the picture, I must have been player four. So, yeah, I went in with second place and honestly a fair gap to wrestle out a first place, but if I stayed focused and controlled I could get 25 million. (The point of a photograph like this is to make sure that, on going back to the group which is necessarily away from the pinball tables, you have the order of finish recorded right.) 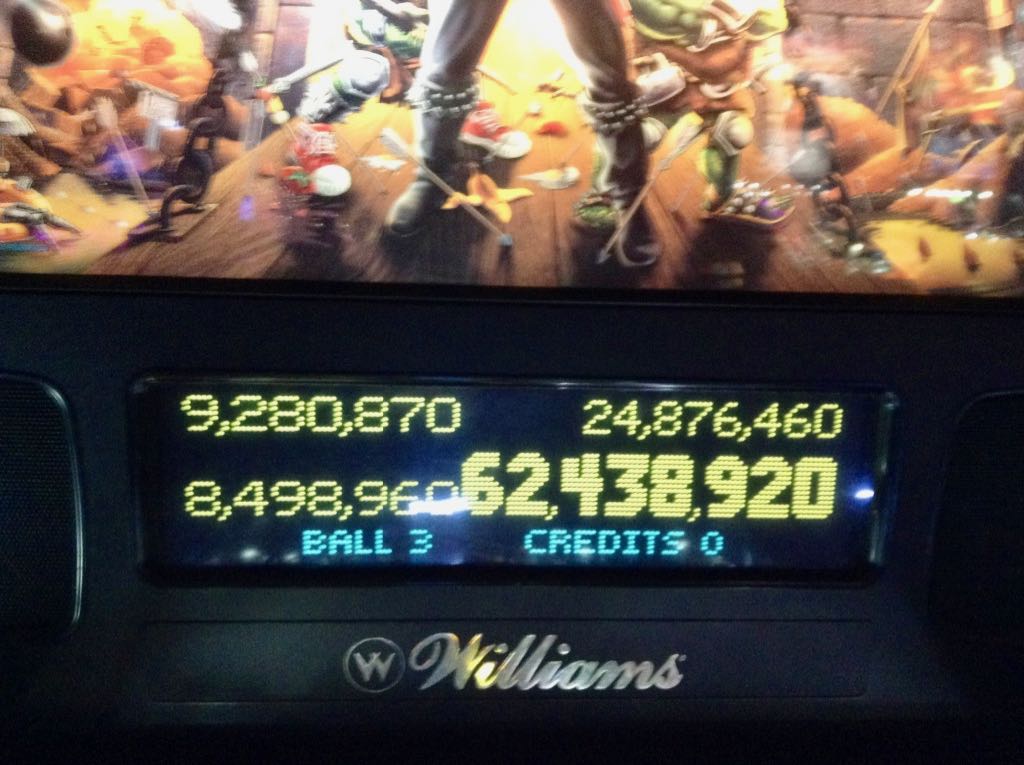 Eight minutes later (by the timestamps): OK, so I overachieved. ... Seriously; Grand Rapids ranked people only by order so after I had 25 million I should have stood down. I have to suppose I had some mode, or likely a series of modes, with animations that kept the scores from displaying so I couldn't tell that I had won. Anyway, I don't seem to have been stabbed in the kidneys for this. 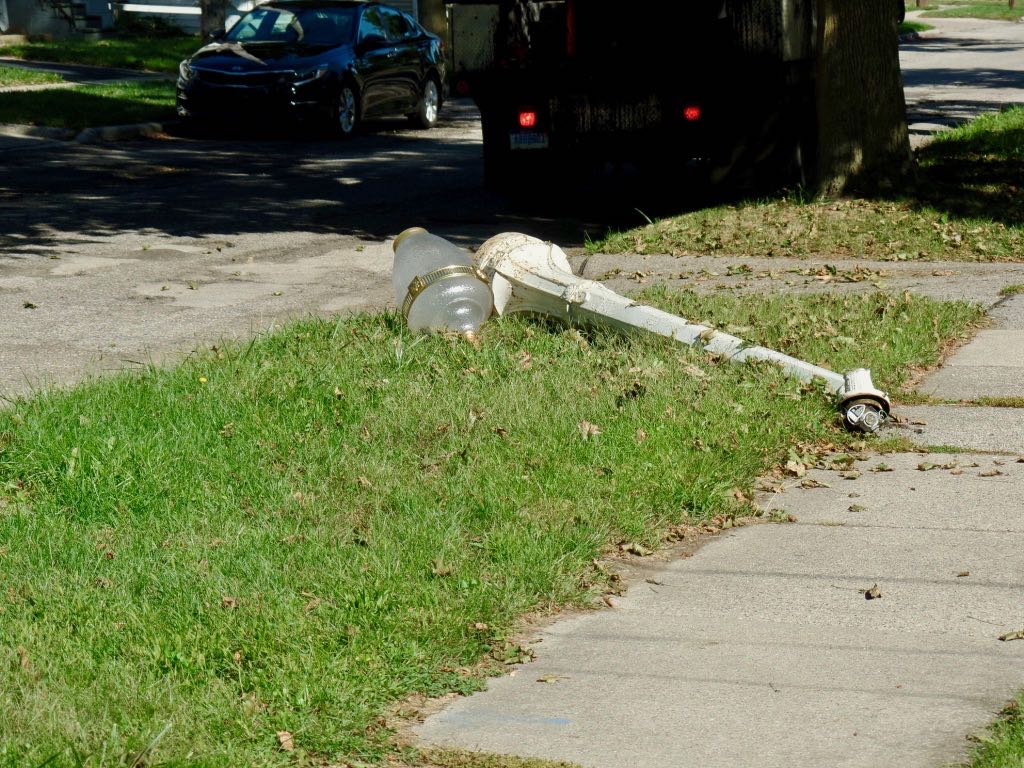 Some local excitement! Someone's car hit the light pole outside the neighbor's house and so this was the most interesting feature of the block for a couple weeks. 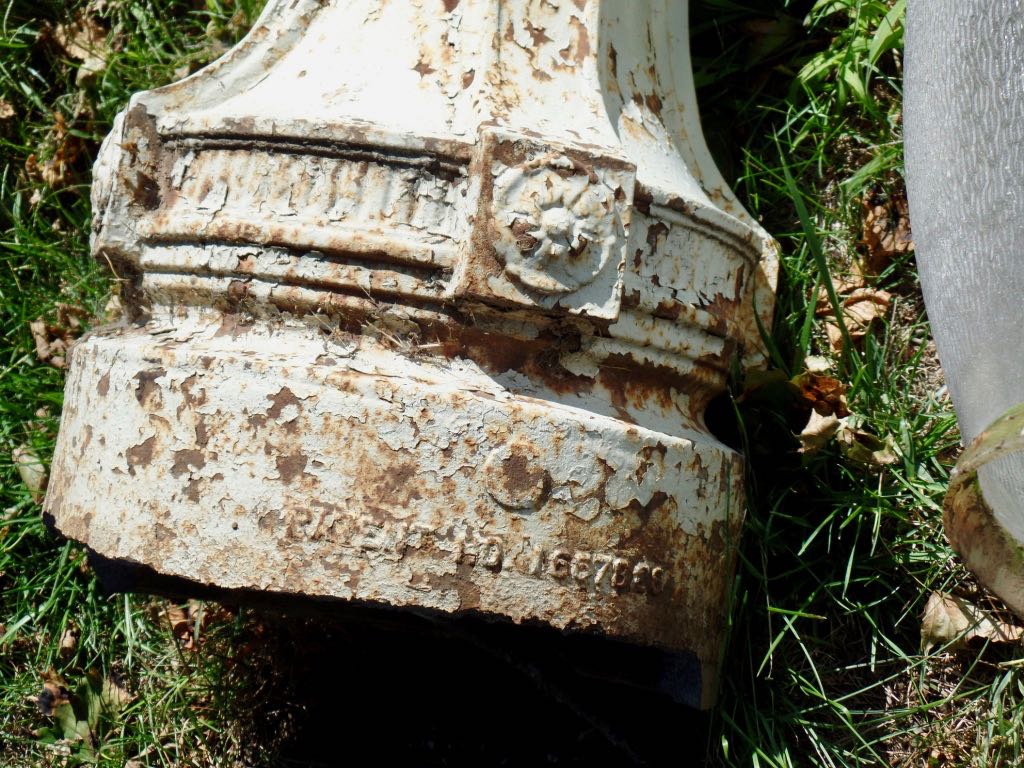 Here's a close-up of the base, which has surely important identification information that's all but illegible under decades of rust. Anyway, the city didn't just leave things like that forever. 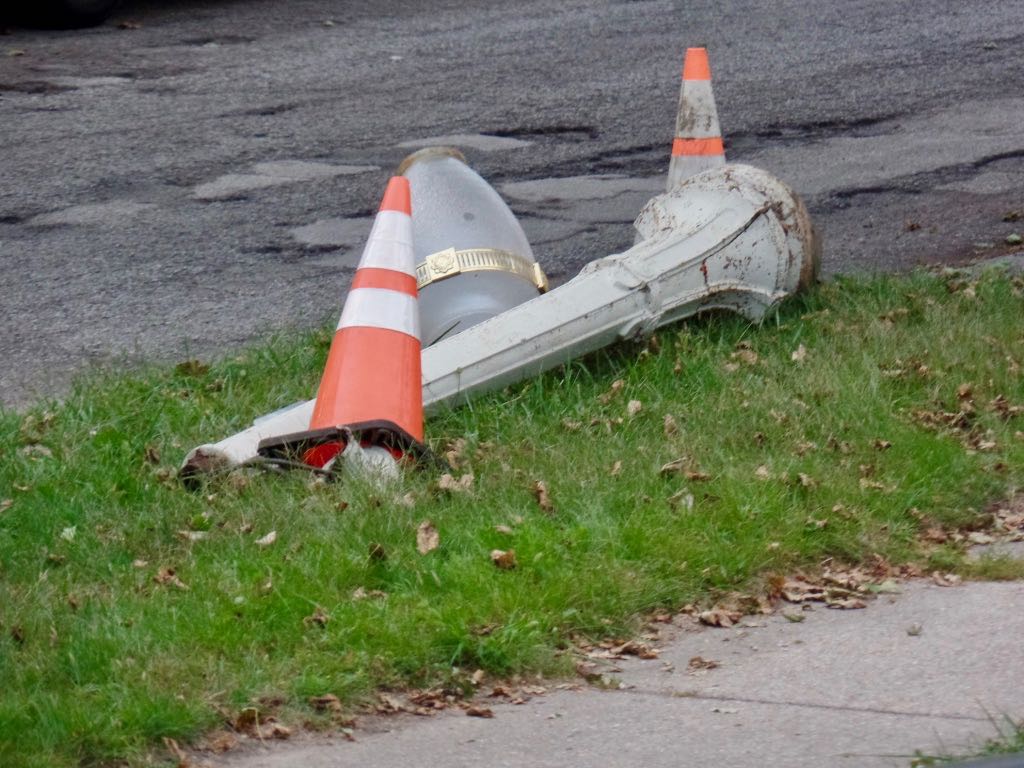 After a couple days they put some traffic cones on either side. Turns out that great bit dome was just plastic, by the way, so it was much lighter than you'd have figured. 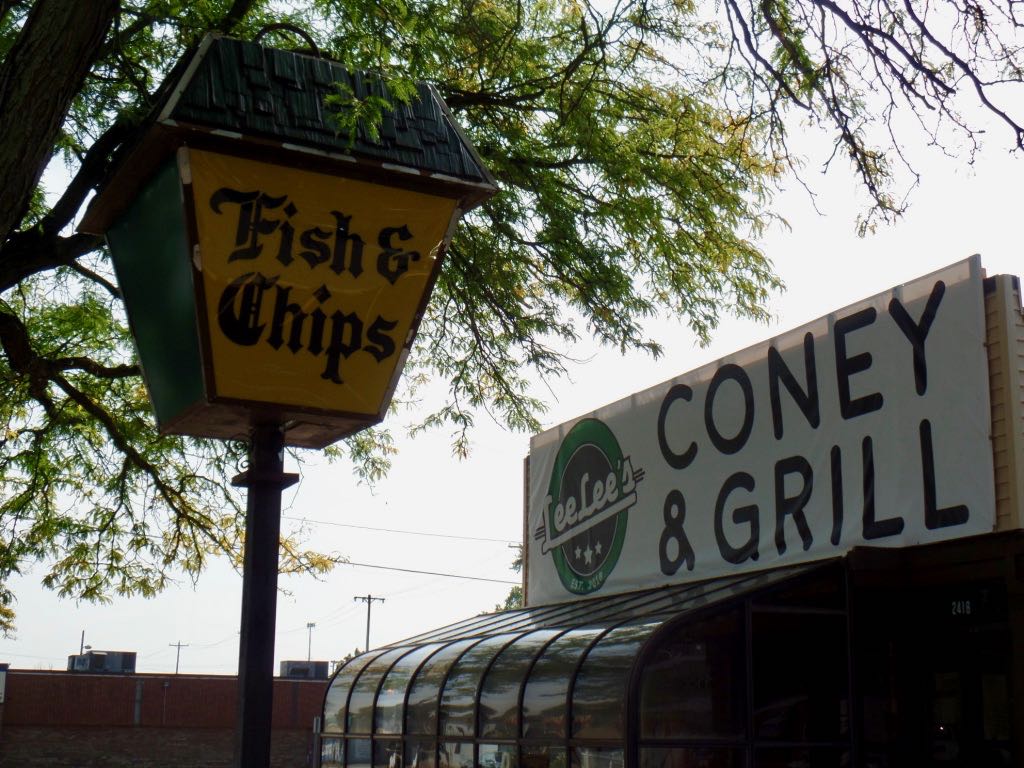 Fish and Chips! A few months after that closed, LeeLee's Coney Island settled in to reopen it as an eating place. Here's a picture from the while that they had their new-but-still-temporary sign on the frontage but hadn't changed the rotating-when-the-wind-takes-it Fish and Chips sign. 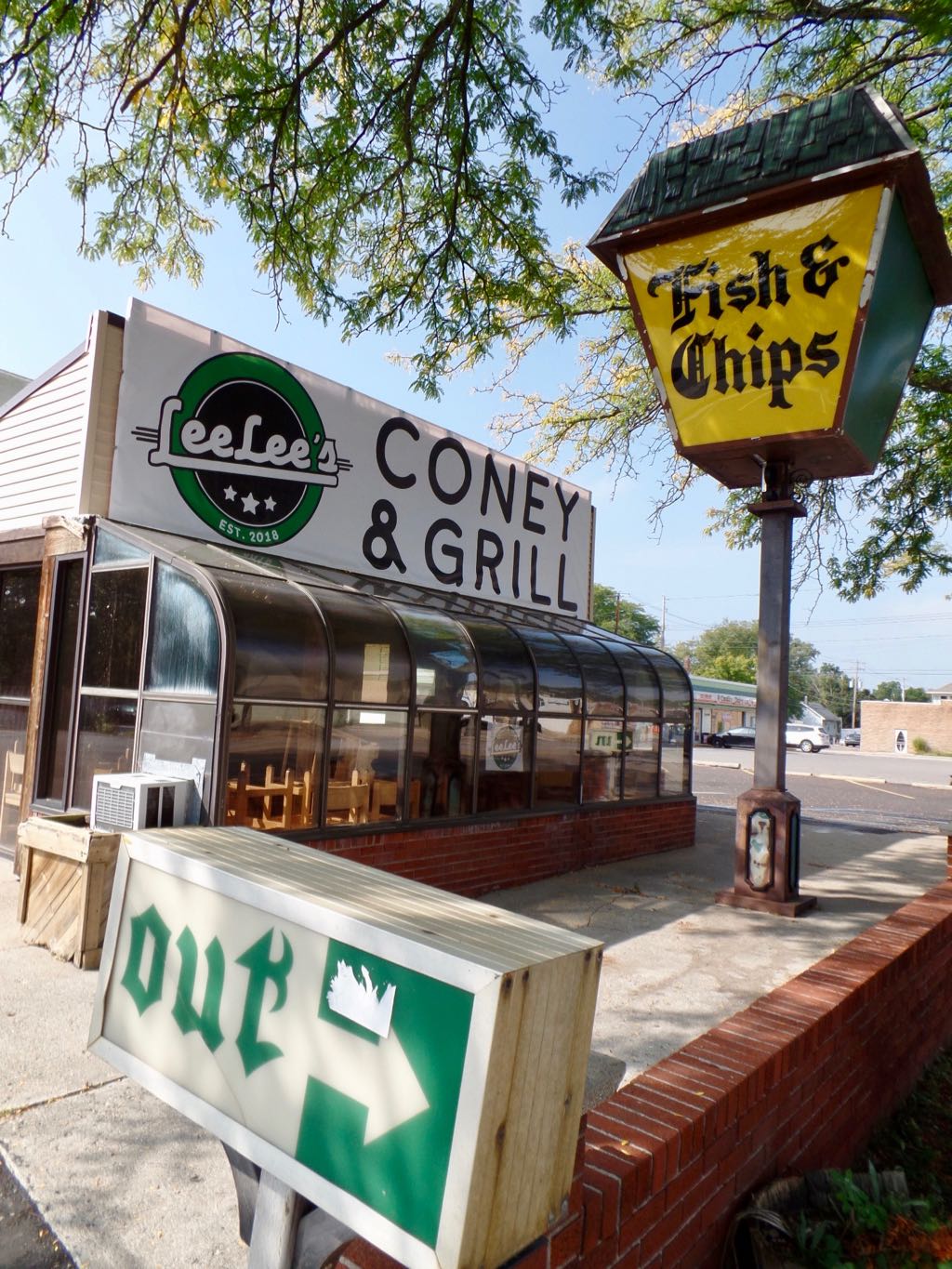 They did, however, keep the old Fish-and-Chips in- and out- signs for the drive-through lane. LeeLee's didn't last long, sad to say. The current restaurant there has replaced the in-and-out signs, and put their name on the lantern sign. But, in a nod to tradition, they haven't fixed the motor so the sign still only turns as the wind dictates. 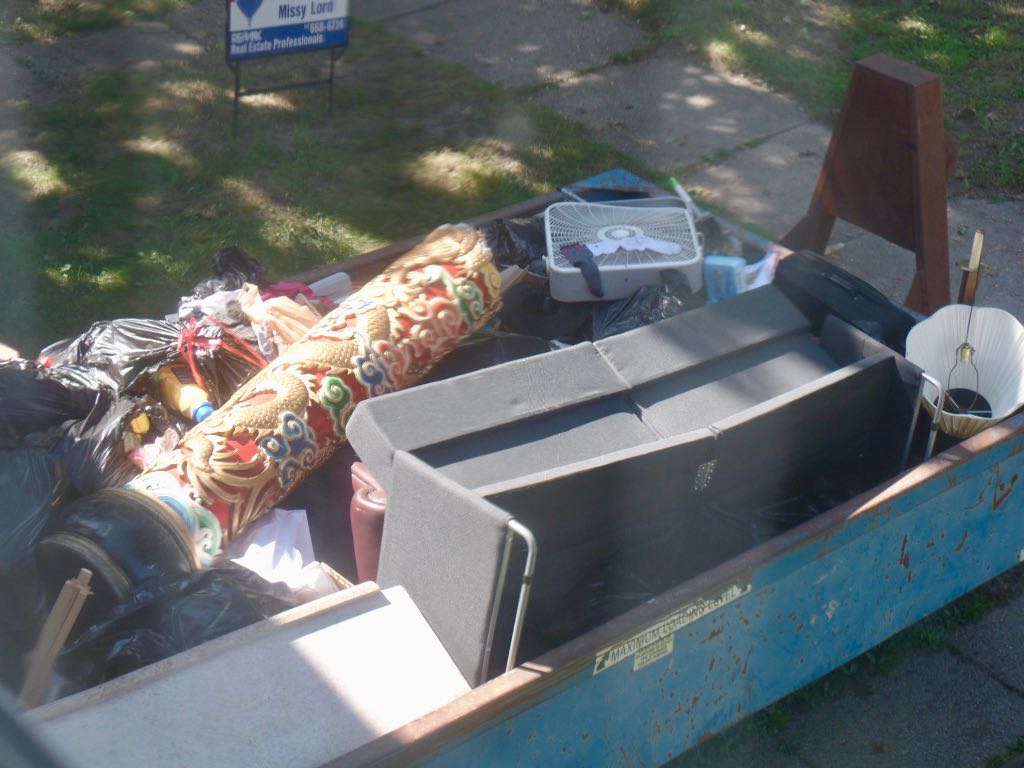 So the landlord next door finally sold the house, and had to do a clean-out after years of lousy renters that was severe enough that he had to rent a dumpster and haul out everything. So, you know, they have the sorts of stuff that accumulates in a house that's had a long string of dubious renters, like bad sofas and broken lamps and warped box fans and wait why do you have the pillar from outside a 1960s Chinese restaurant? We will never know the story behind this. 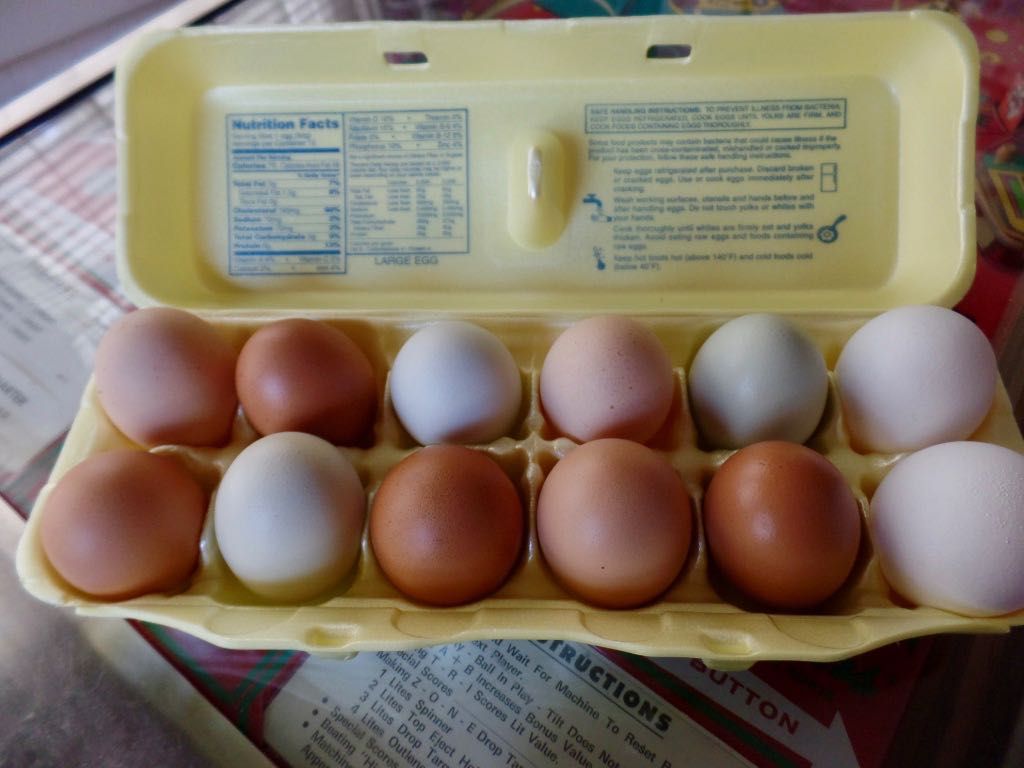 Lesser but still wonderful mysteries. So

bunny_hugger got a dozen farm-raised eggs from a place she passed on the way home from work, and here's the variety, including, yeah, second from the right on top: a flipping green egg. It's faint but it is green. I know, right?