Who's gonna pick you up when you fall

In other circumstances, we'd have left Columbus today, possibly with a lunch at Skyline Chili or Hothead Burrito. I'd hope we would have seen PunkCat while checking out of the hotel; that's one of those small silly coincidental traditions that mean everything. I don't know where we'd have gone. Plausibly, home. Possibly we'd have driven south, and kind of east. This would be to get to Camden Park, an amusement park in the far west end of West Virginia. We've been trying for years to think of a park tour that would let us get there, but it's just not really near anything. Maybe on the way back we'd have stopped in at Tuscorah Park, which hasn't got any roller coasters that unaccompanied adults can ride. (They have an ancient Allan Herschell Little Dipper). But it has got an antique carousel and the Superior Wheel, one of the few Ferris wheels that

bunny_hugger likes. That could make a decent mid-point.

In our circumstances ... well, you maybe heard about protests in Lansing. Maybe they were lost under all the news. We're a couple miles from the capitol, and downtown. But not all that close. Nor are we that close to downtown East Lansing, where the students would have been if it weren't summer and everything. There's the Grand River on the west, US 127 on the east, and I-496 on the south protecting our neighborhood from anything much.

Stricker's Grove, outside Cincinnati, is not going to have a season this year. They're a nearly private park, with a handful of days open to the public. You'd think this would make them ideal as a park that would open, since most of its events would be organizations renting a park for the day. But

bunny_hugger pointed out that attendees would then be people who all know each other and so figure they don't have to keep a responsible physical distance.

Lansing's Common Ground music festival cancelled this year's performance. It's normally held in July. Usually it's several days during the one week all July we aren't busy going to things out-of-town, Pinburgh included. This does not mean it's well-timed for us; we're trying to cram in everything we have to do to prepare for or recover from those trips that one week.

Let's look back at Cedar Point from September 2018 then. 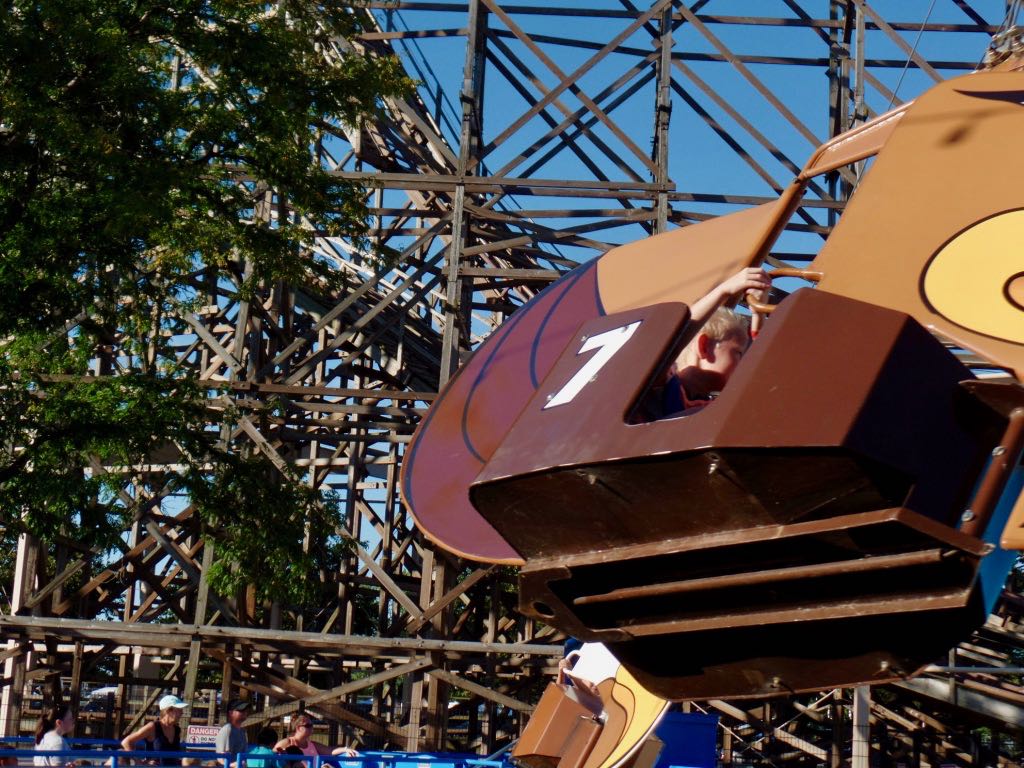 Lake Erie Eagles, mid-ride-cycle. This is Cedar Point's flying scooters, installed near Gemini (the background) just a couple years ago. 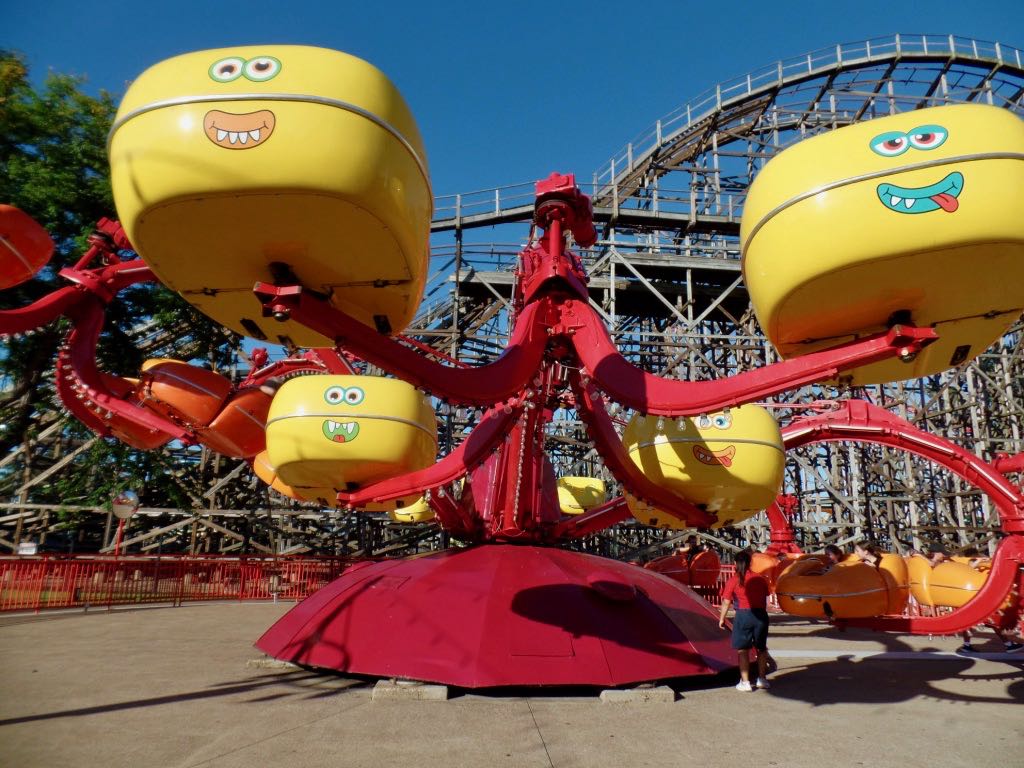 Monster, showing off the faces painted onto the back of the cars. Fun ride but it takes like three hours to load all the passengers. 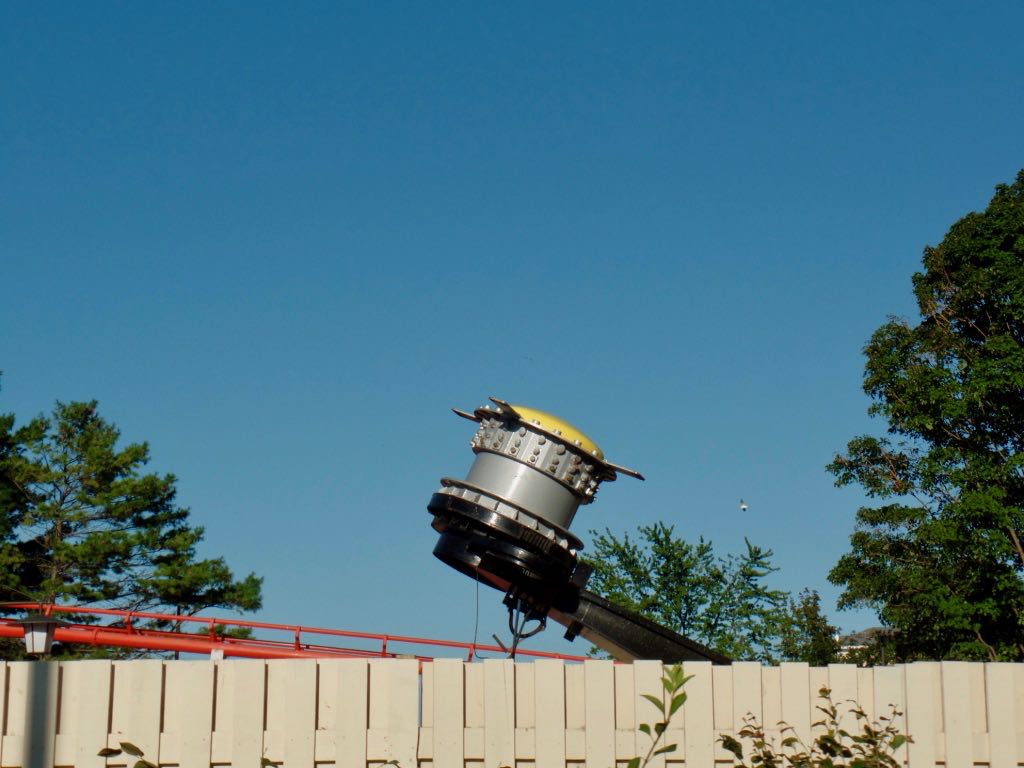 Witches Wheel, being taken apart. At this stage in its deconstruction it's Venera 10. 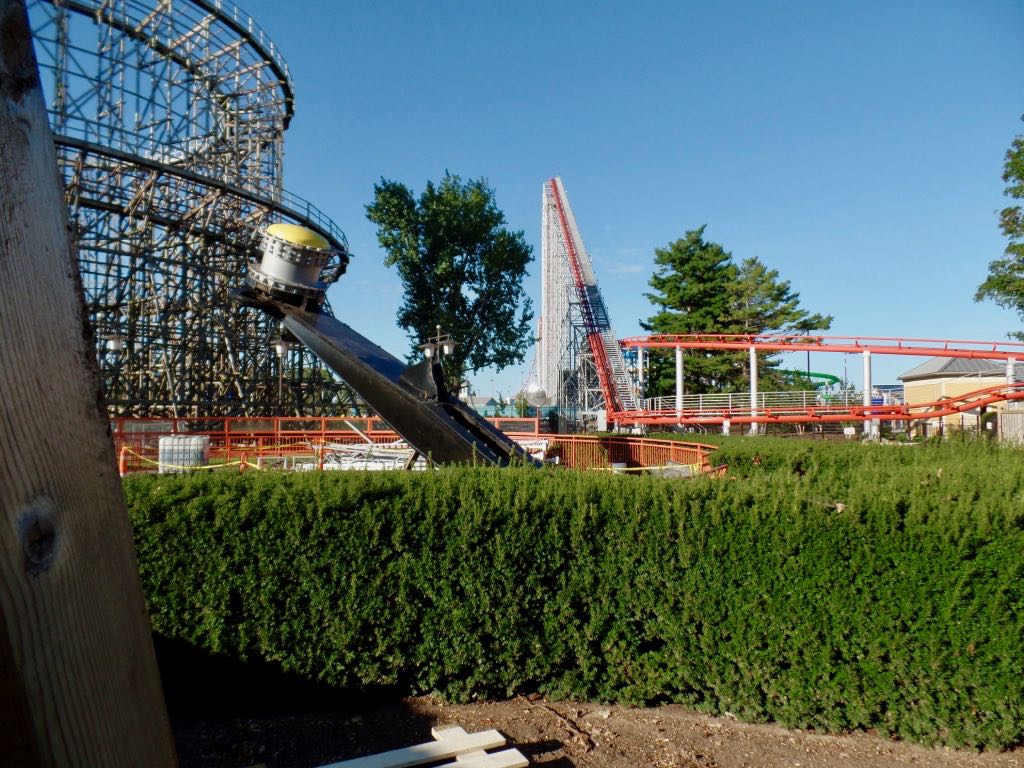 And one more peek through the construction fence to see what's remaining. The place would be rebuilt as a meat restaurant the next season. 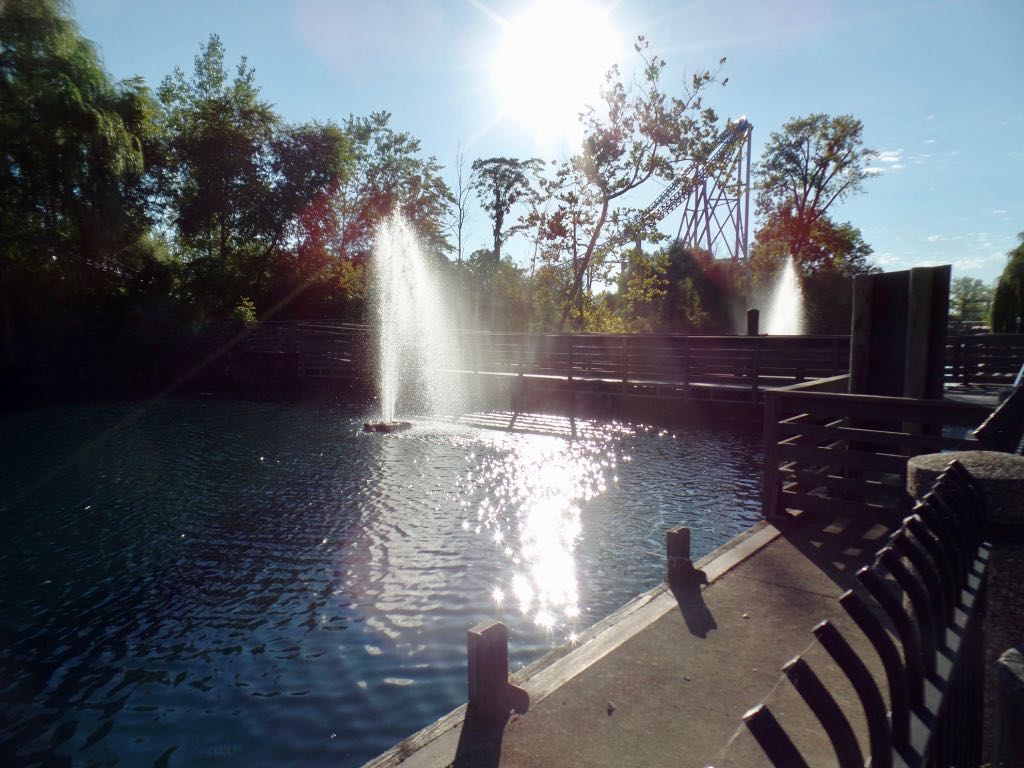 There's a lagoon at the center-top of Cedar Point, and an island within it. For several years this had housed the Dinosaurs Alive exhibit and we knew they were taking that out. So we figured to get one last visit to an exhibit that, honestly, we didn't care about. I think we went once or twice, in its first years, and hadn't been in at least five yaers. 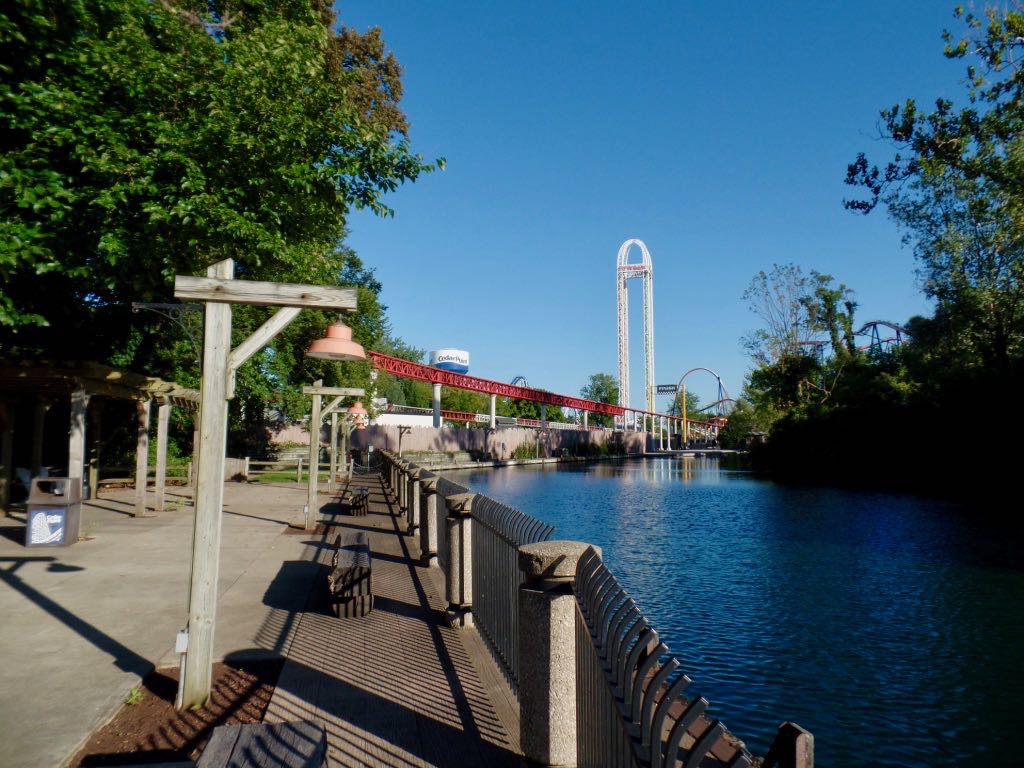 Oh, down this way we have a view of the lagoon, and Top Thrill Dragster, and the tall ride there is the Power Tower. In olden days, the lagoon was used for the Jungle Cruise, a tour of animatronic dolls and corny jokes that I never saw; it ended either the year before or the first year that I ever saw Cedar Point. 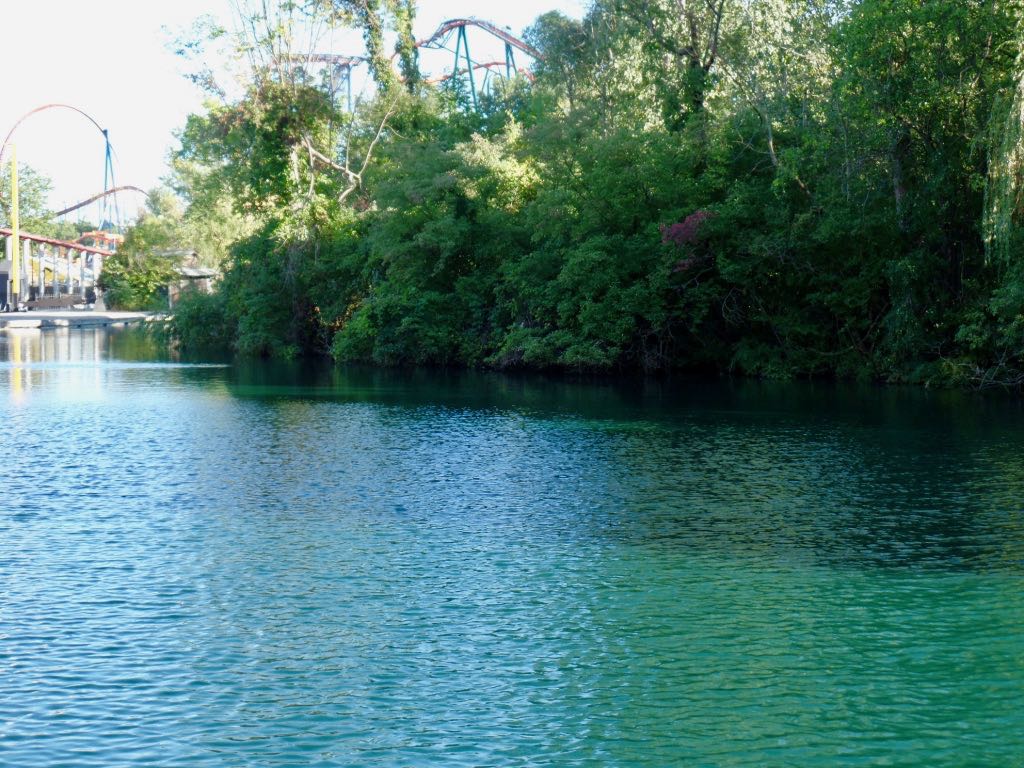 And here's the island at the center of the lagoon, by the way. 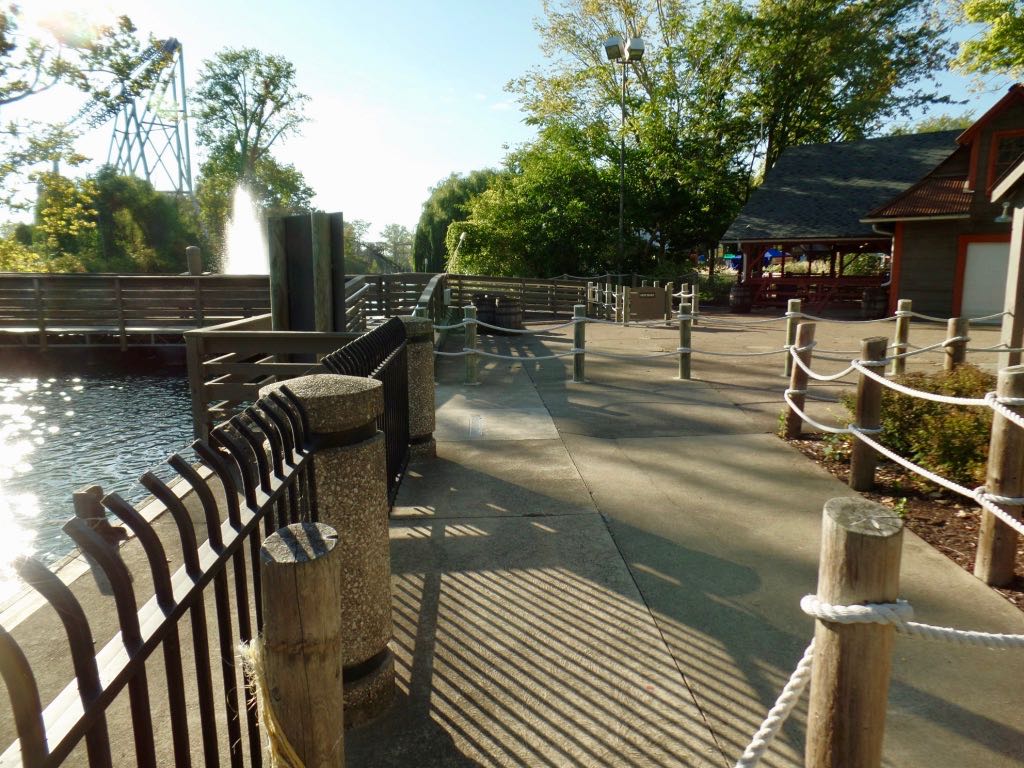 But here's the bridge to the Dinosaurs Alive island where it turns out, they'd roped it all off and closed everything for good. Unknown to us, the August visit was our last chance. 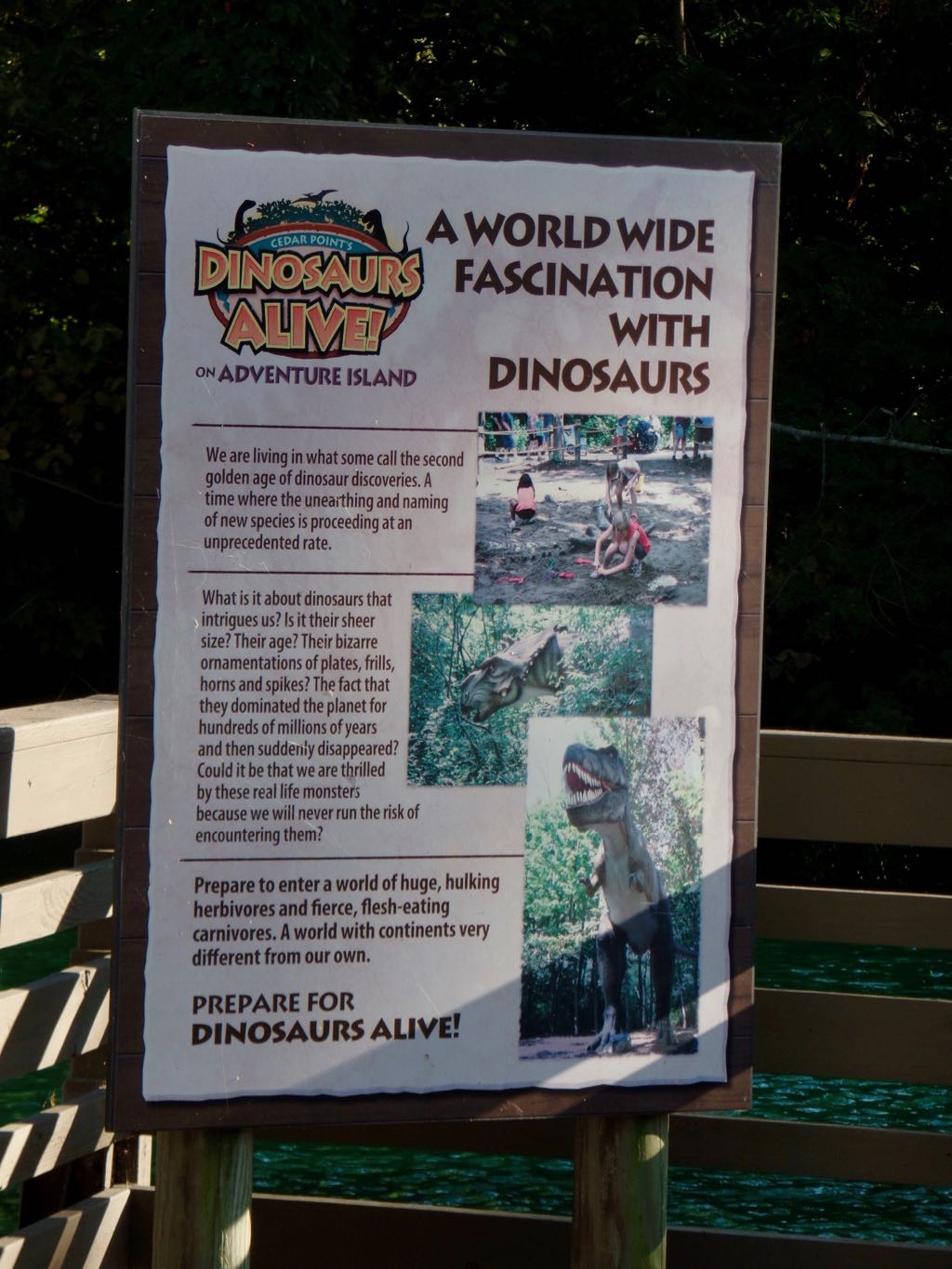 Sign for Dinosaurs Alive telling you the sorts of thrills it would offer. 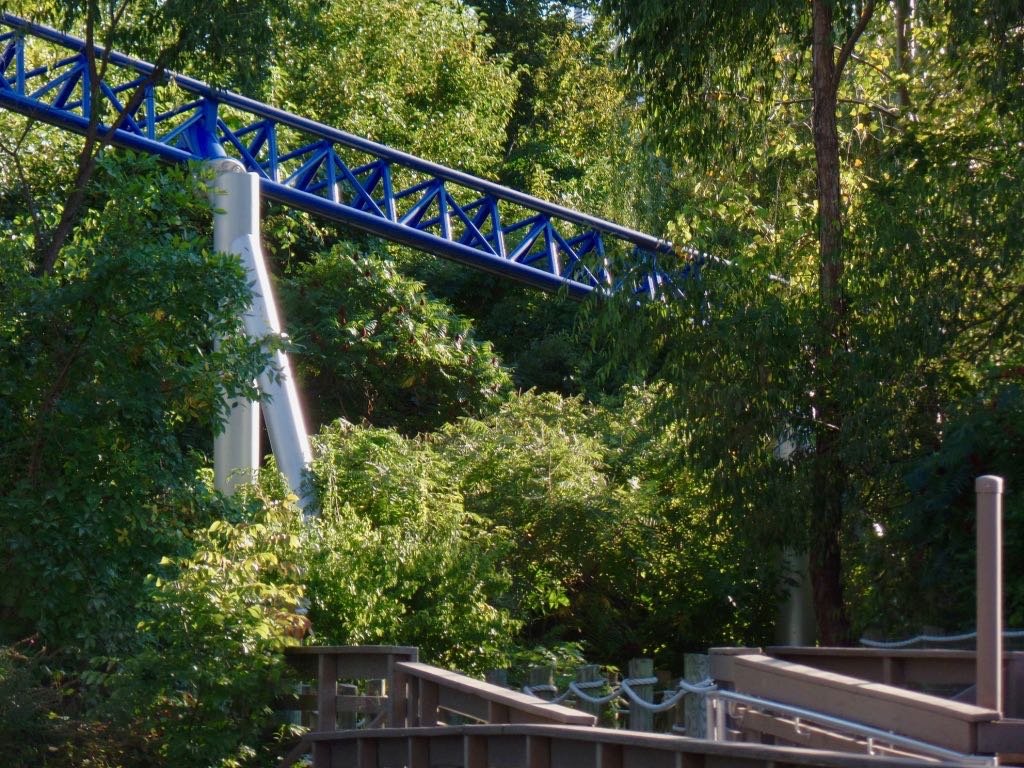 Part of the fun of Dinosaurs Alive was that much of it was also the infield for Millennium Force. So, you could be on this extremely fast, quite smooth roller coaster and look down and see a T-Rex, which is great theming. 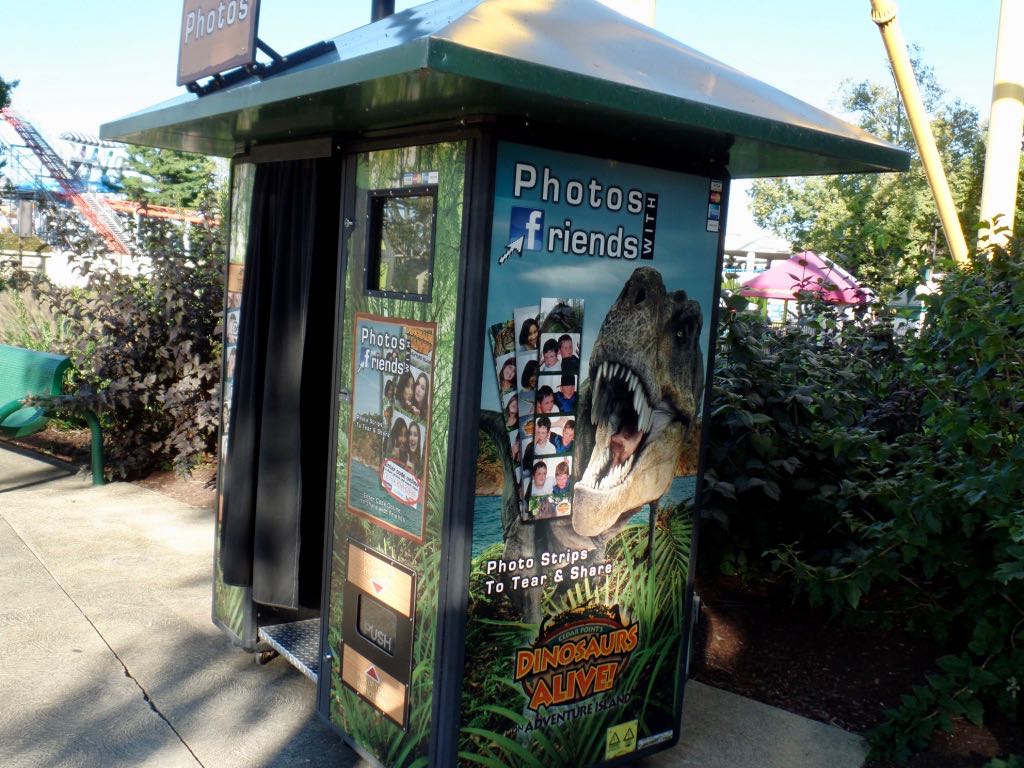 Photo booth for the attraction, though, which we didn't use. But it promised the chance to get four photographs of you eaten by a dinosaur. 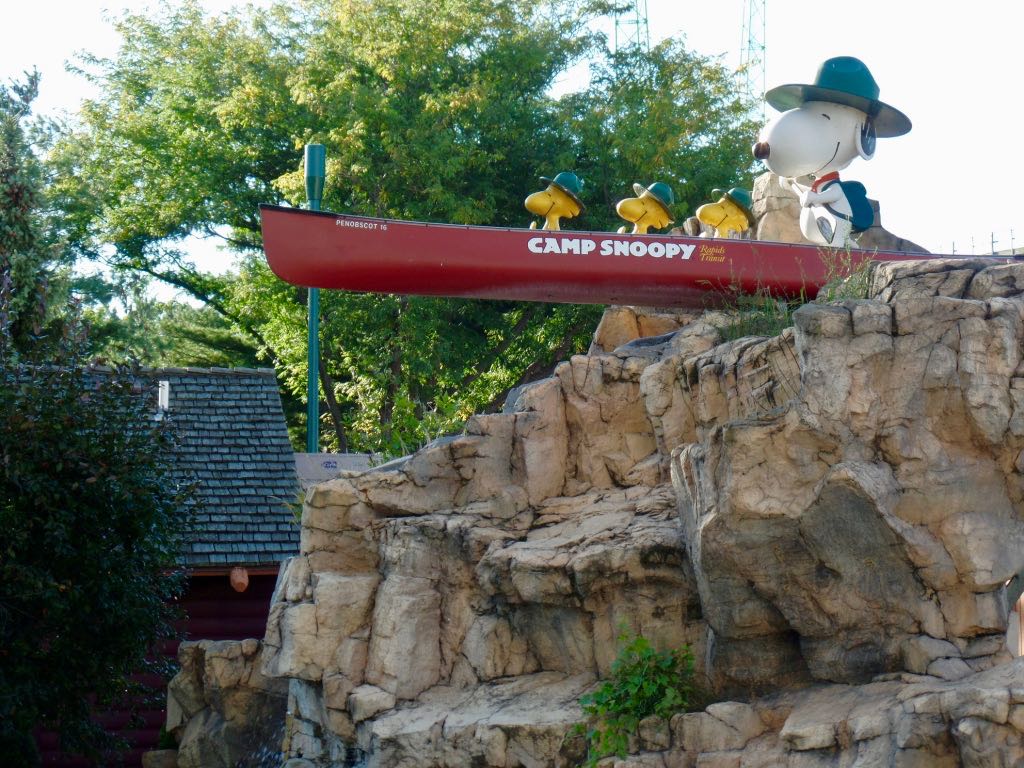 Camp Snoopy's one of the kid areas at Cedar Point. The canoe's billed as 'Rapids Transit', which is cute enough. 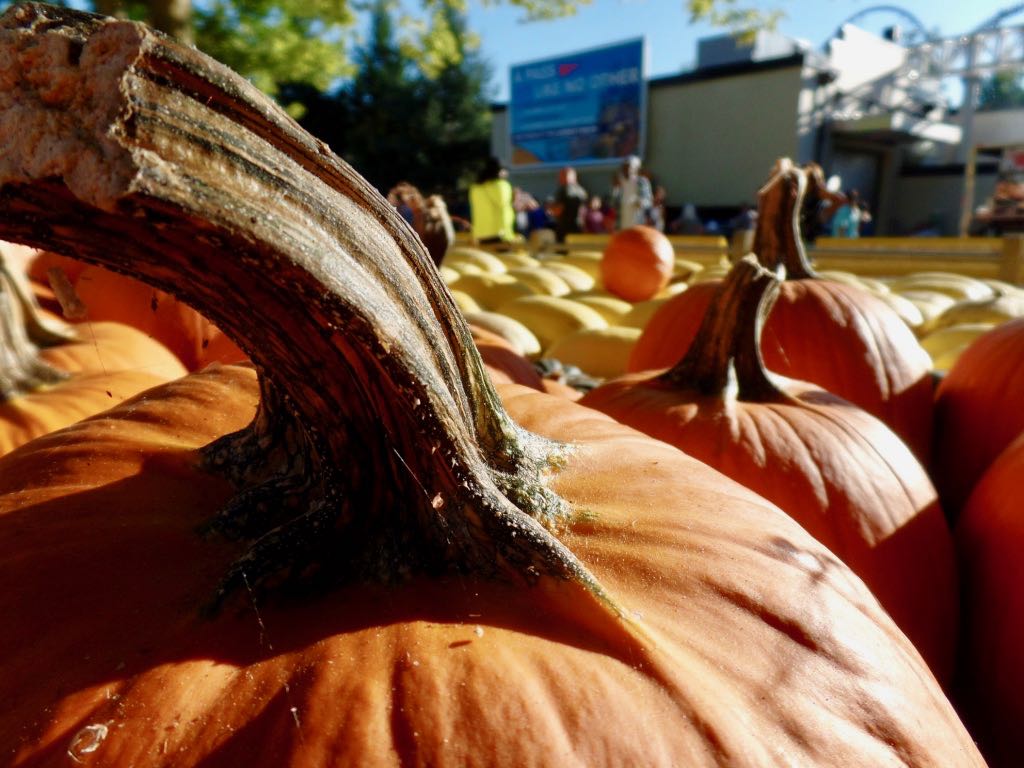 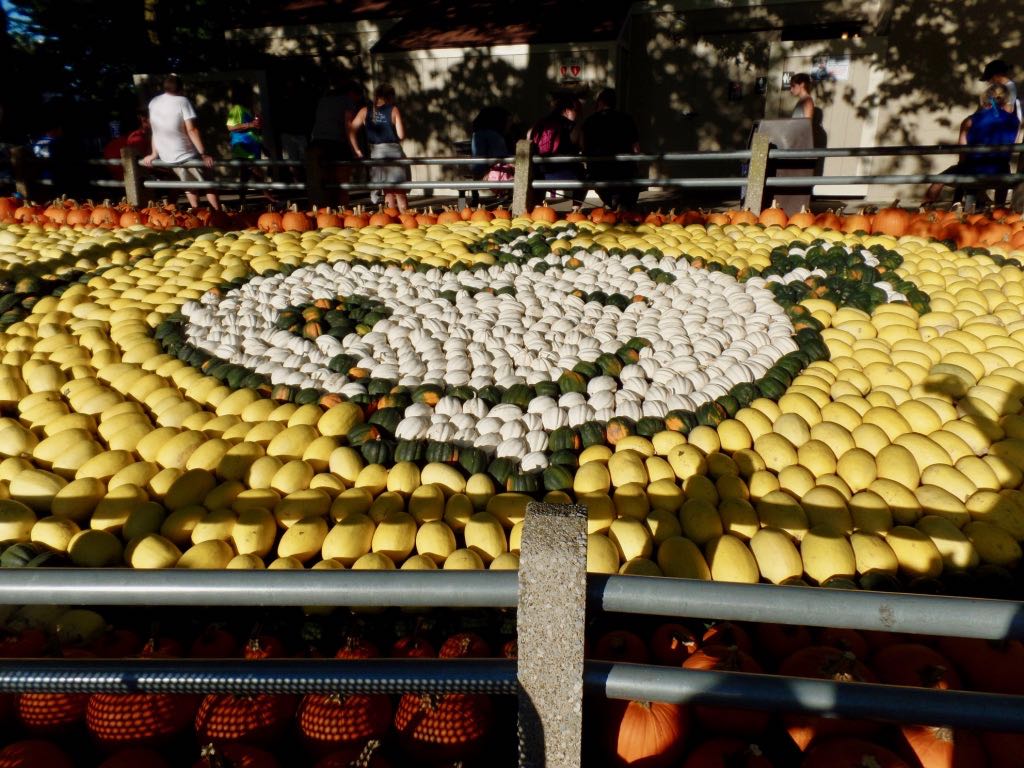 So here's Snoopy represented in gourds. There's also a Woodstock nearby.

Trivia: The other Warner Brothers were convinced to invest in buying a studio lot when Sam put up $200 of his own money for the option on the lot at Sunset and Van Ness in Hollywood. Source: The Speed of Sound, Scott Eyman.

Currently Reading: Beyond Earth: A Chronicle of Deep Space Exploration, 1958 - 2016, Asif A Sidiqi. It's a touch startling to be just a little over halfway done and be into the 21st century, as in, the first 40 years of deep-space exploration barely matches the following 17 (as of book publication).