Who's gonna hang it up when you call

bunny_hugger's school has announced its fall term plans. They claim they're going to have an in-person semester. She observed this is kind of a Prisoner's Dilemma problem. Schools know that announcing they're doing online courses will lose them students, as students know that online-only courses are worse than real courses. So as long as any university says they're doing real classes, everyone has to pretend they are. I'm hoping that Michigan State or University of Michigan blinks so we can put this nonsense behind us.

The in-person plan, though, has the semester start early, in mid-August. The goal? To have finals wrapped up by Thanksgiving, the better to let everyone go home and not spread their germs with the rest of campus for December. It's quite stressful, not least because she has to prepare three versions of the syllabus for each class. (One for real courses, one for online, and one for starts-real-but-has-to-go-online.) Going to be a really fun August unless someone starts acting responsibly.

Looking for story strips? Here you are. What's Going On In Mark Trail? Does Mark Trail still look all weird? March - May 2020 plot in recap.

Now, an end to our little extra visit to Cedar Point in September 2018. Want to guess what's coming next in my photo roll? Good luck. 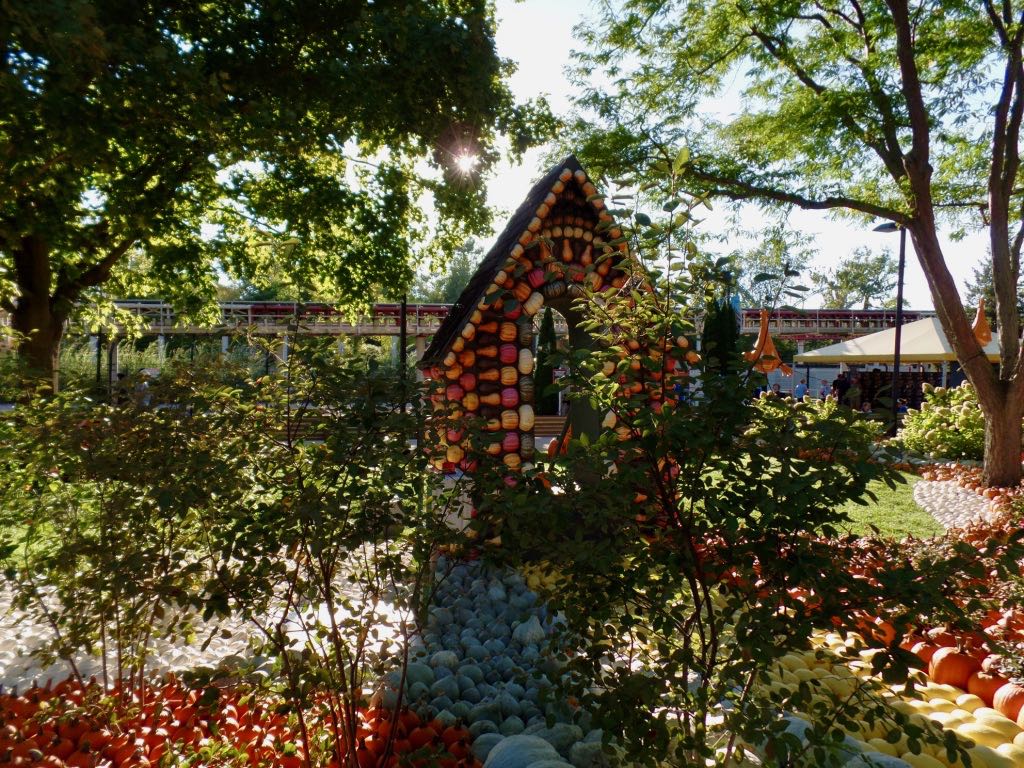 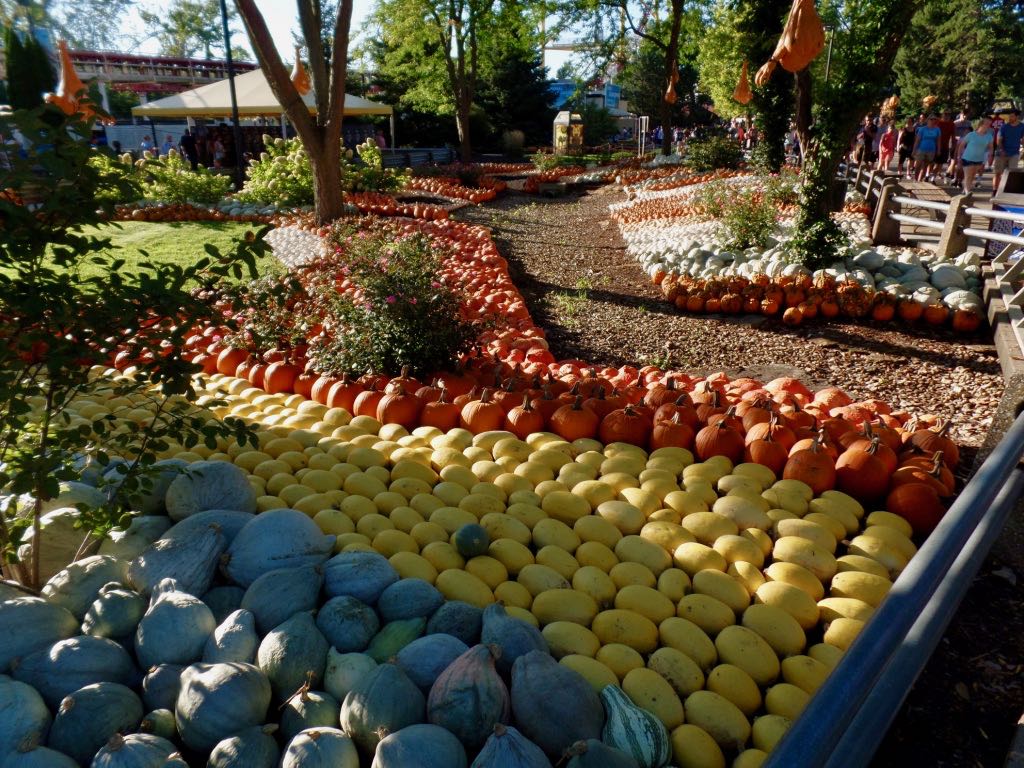 And the gourd garden which had that little pumpkin house. Just beautiful. 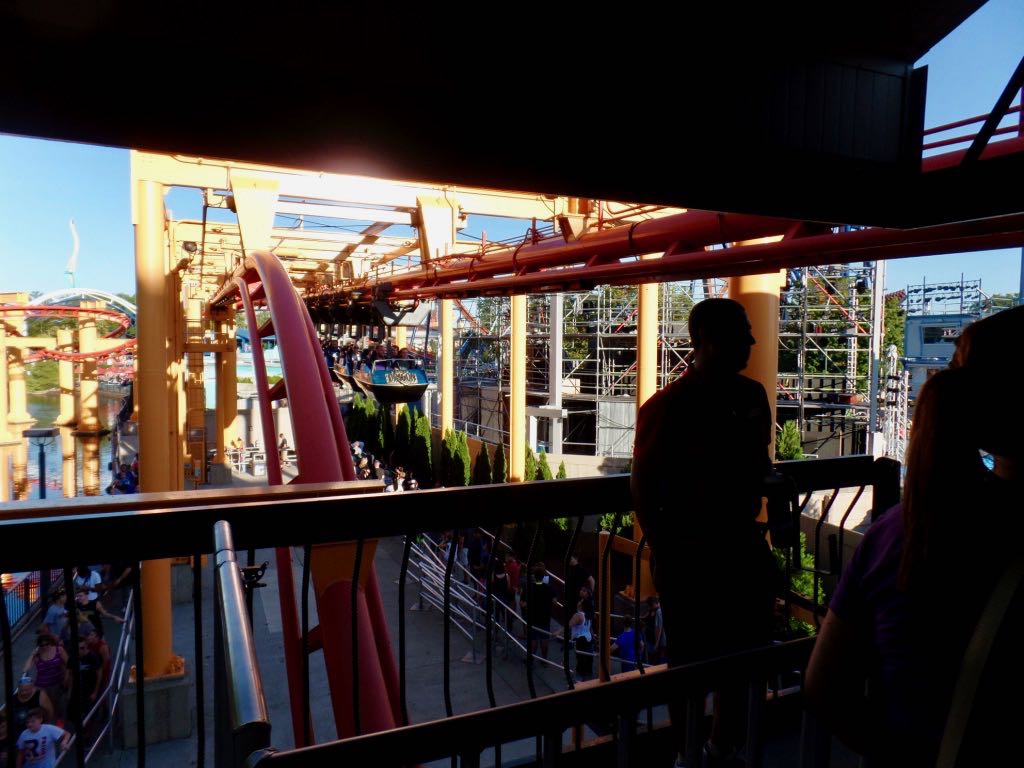 View from Iron Dragon's lift station, looking towards the front of the park, roughly. 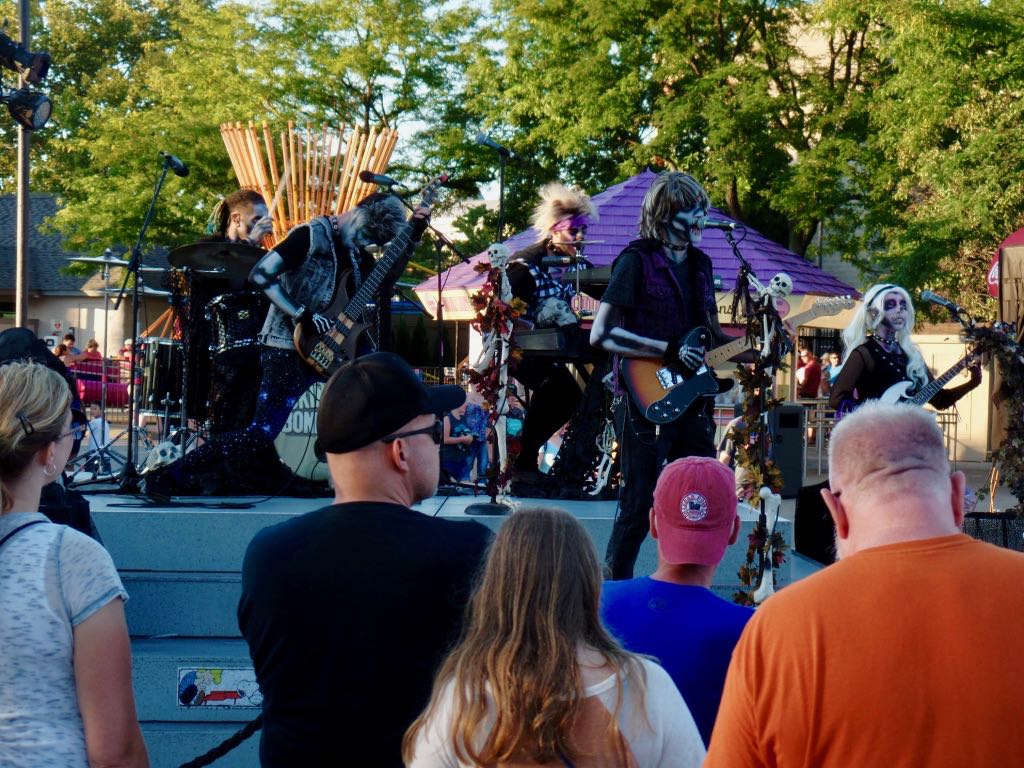 One of the bands playing as part of the Halloweekends open-air performances. 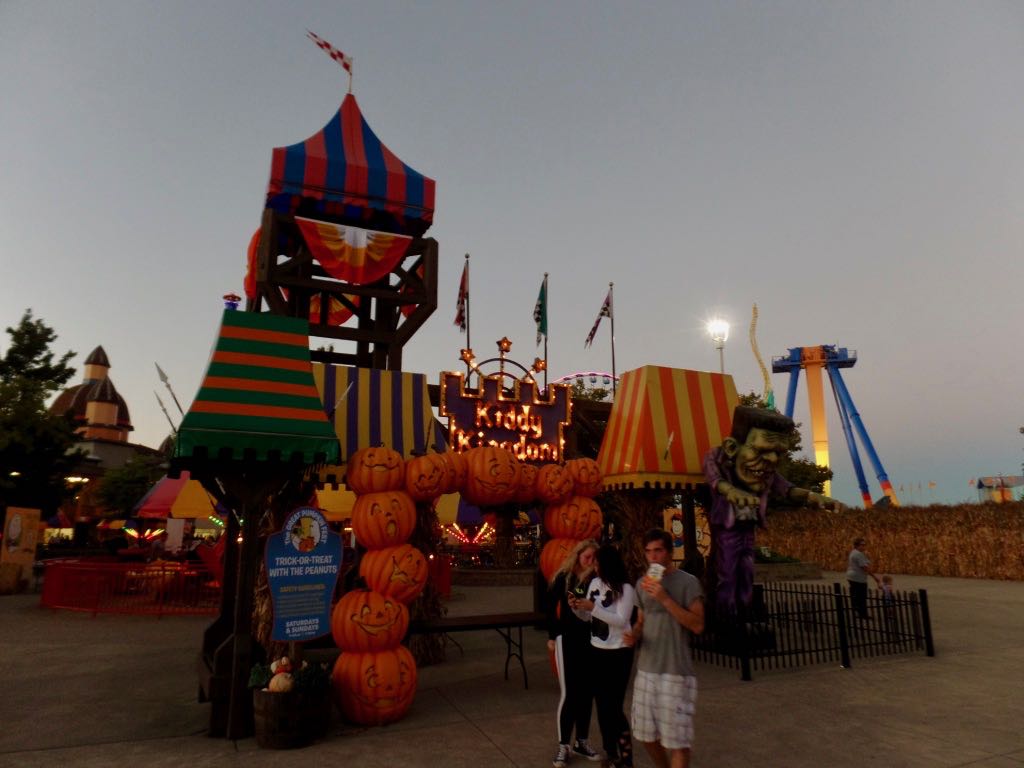 Evening setting in. The Kiddie Kingdom has stuff set up to, as you can see, trick-or-treat with ``the Peanuts''. Because they're totally the Peanuts. 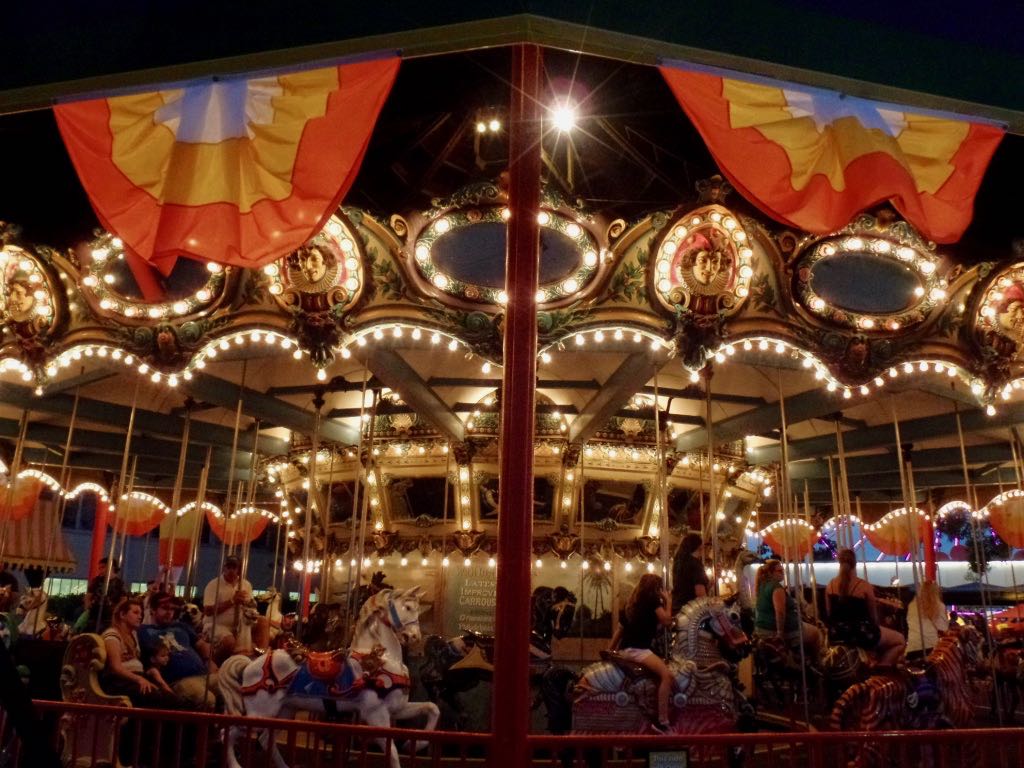 The Kiddie Kingdom Carousel, getting nicely lit up in the evening. 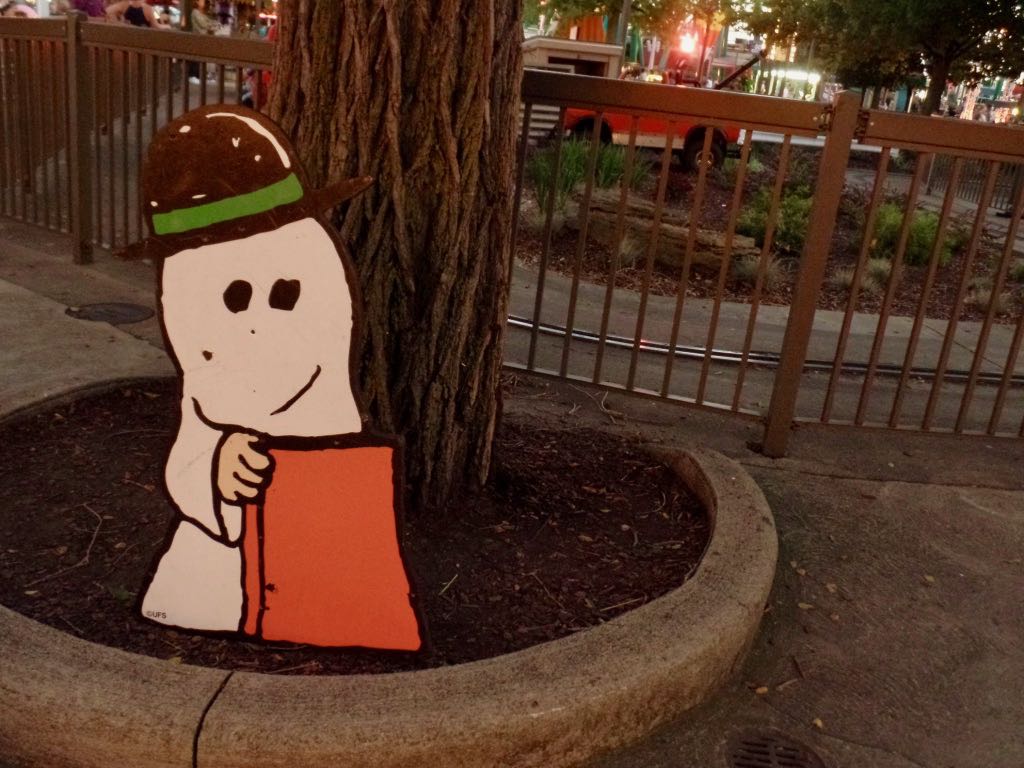 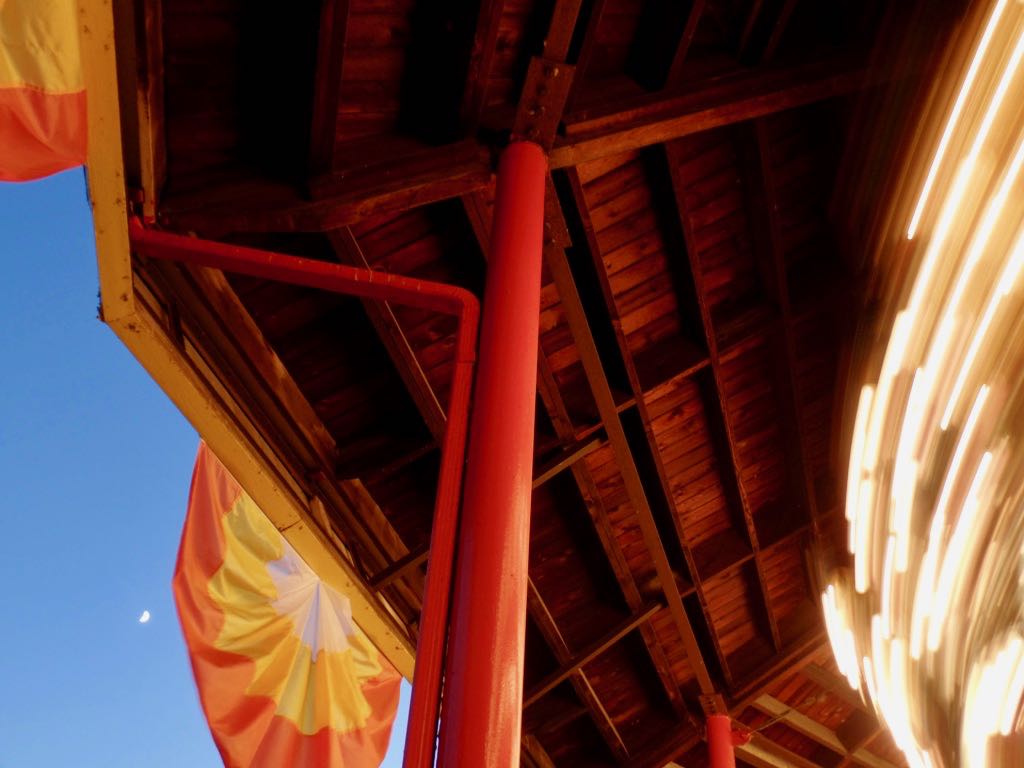 Looking up at the ceiling of the Kiddie Kingdom carousel, with the ride at full speed. 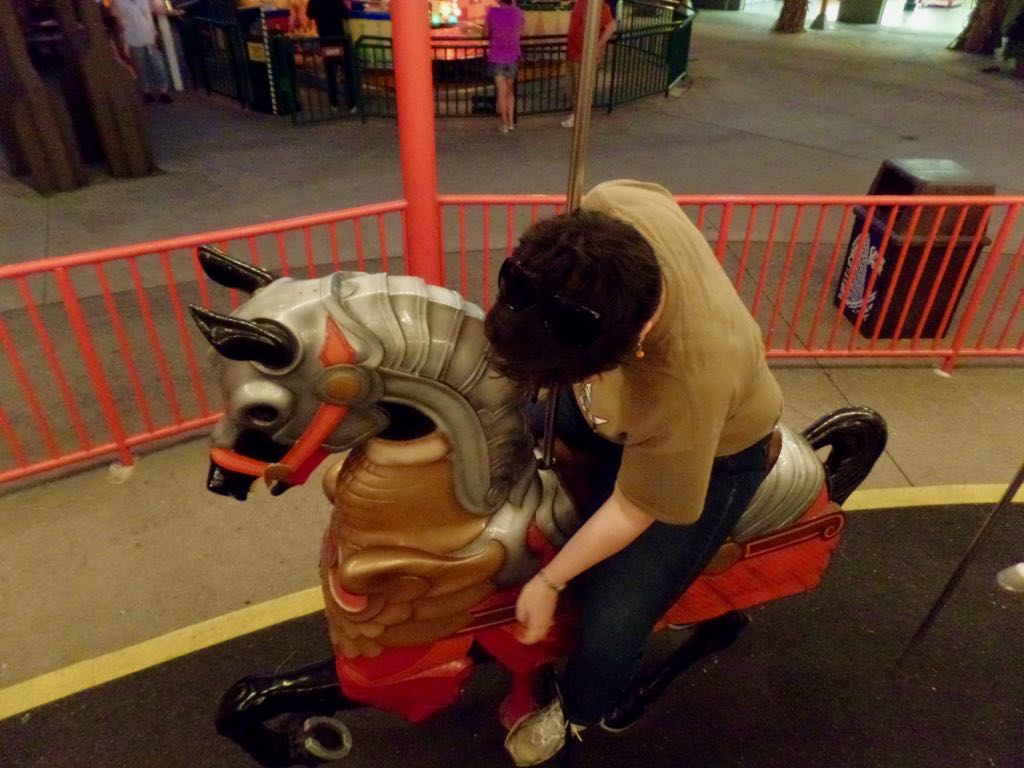 bunny_hugger checking out the Kiddie Kingdom carousel's lead horse, a fiberglass replica of the one on display at the Town Hall Museum. 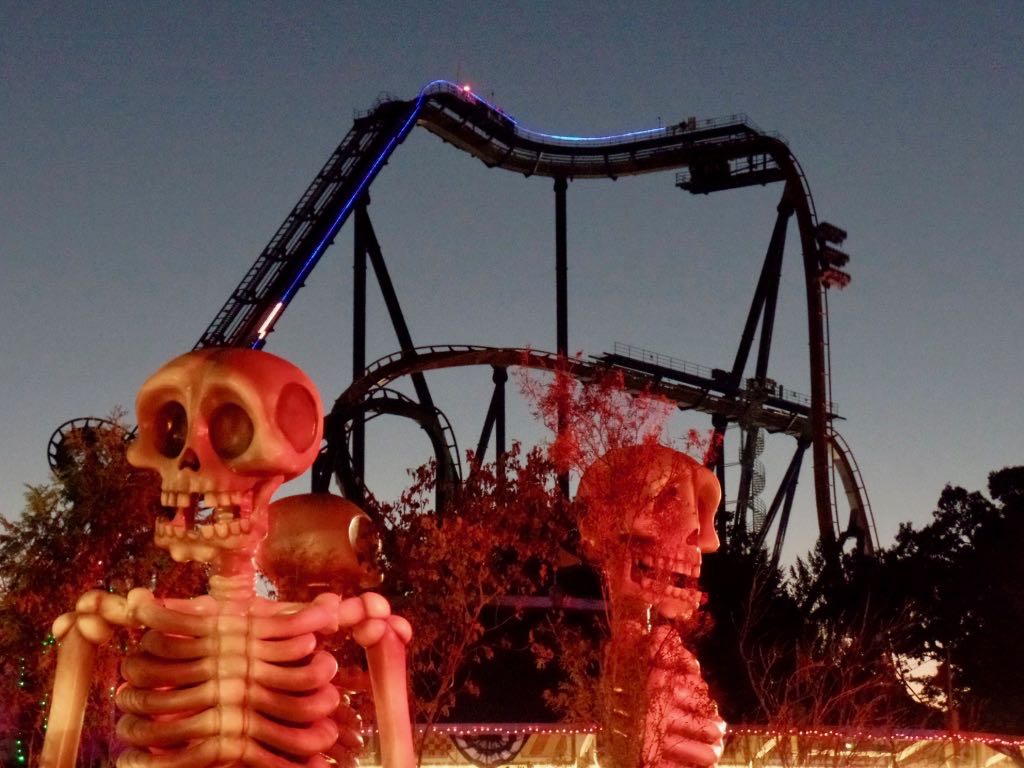 Looking back at that quartet of giant skeletons and up to ValRavn, the drop coaster. A train is dropping just now. 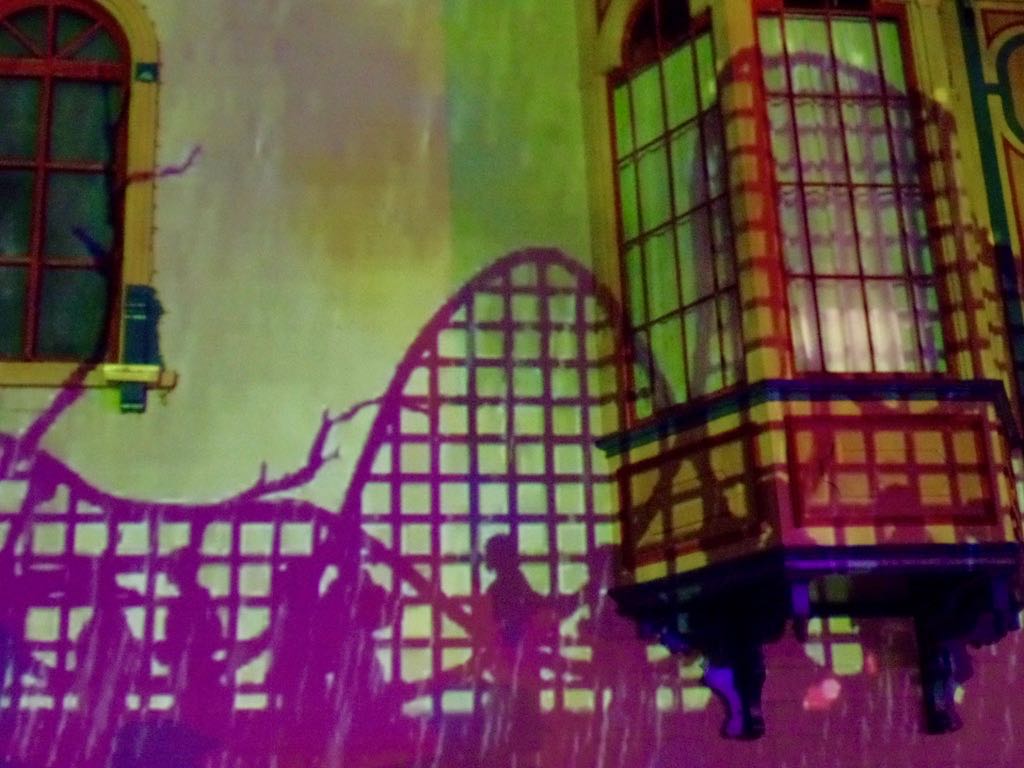 Silhouettes of park features and people walking back and forth that are projected onto the facade of the Coliseum. 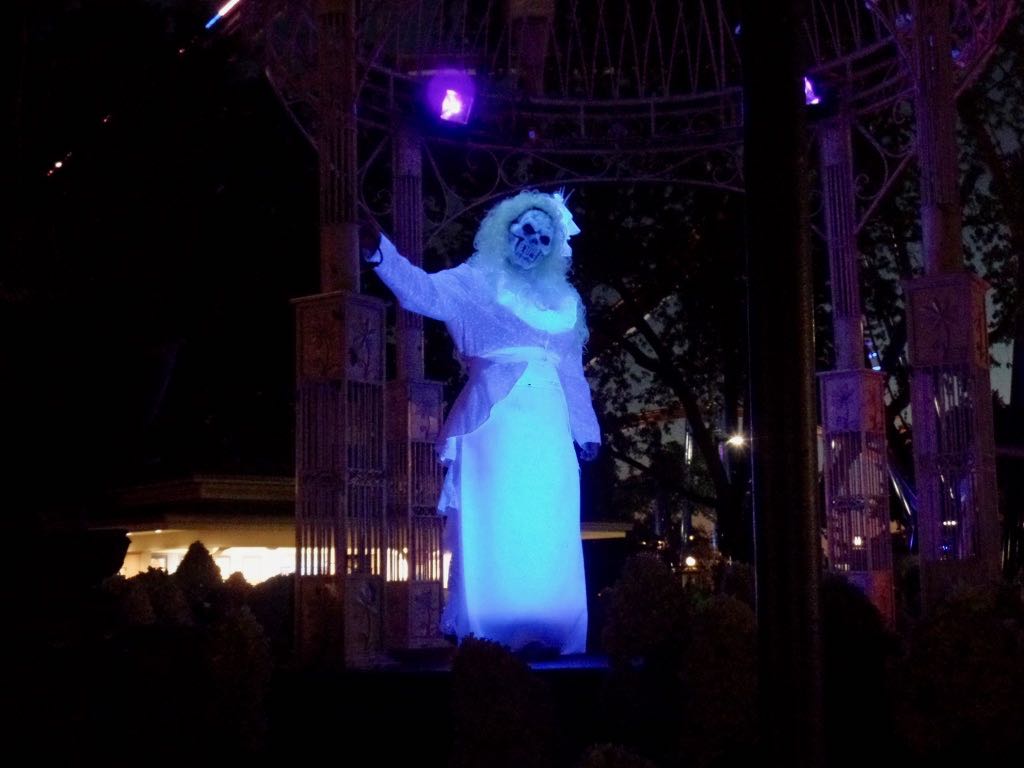 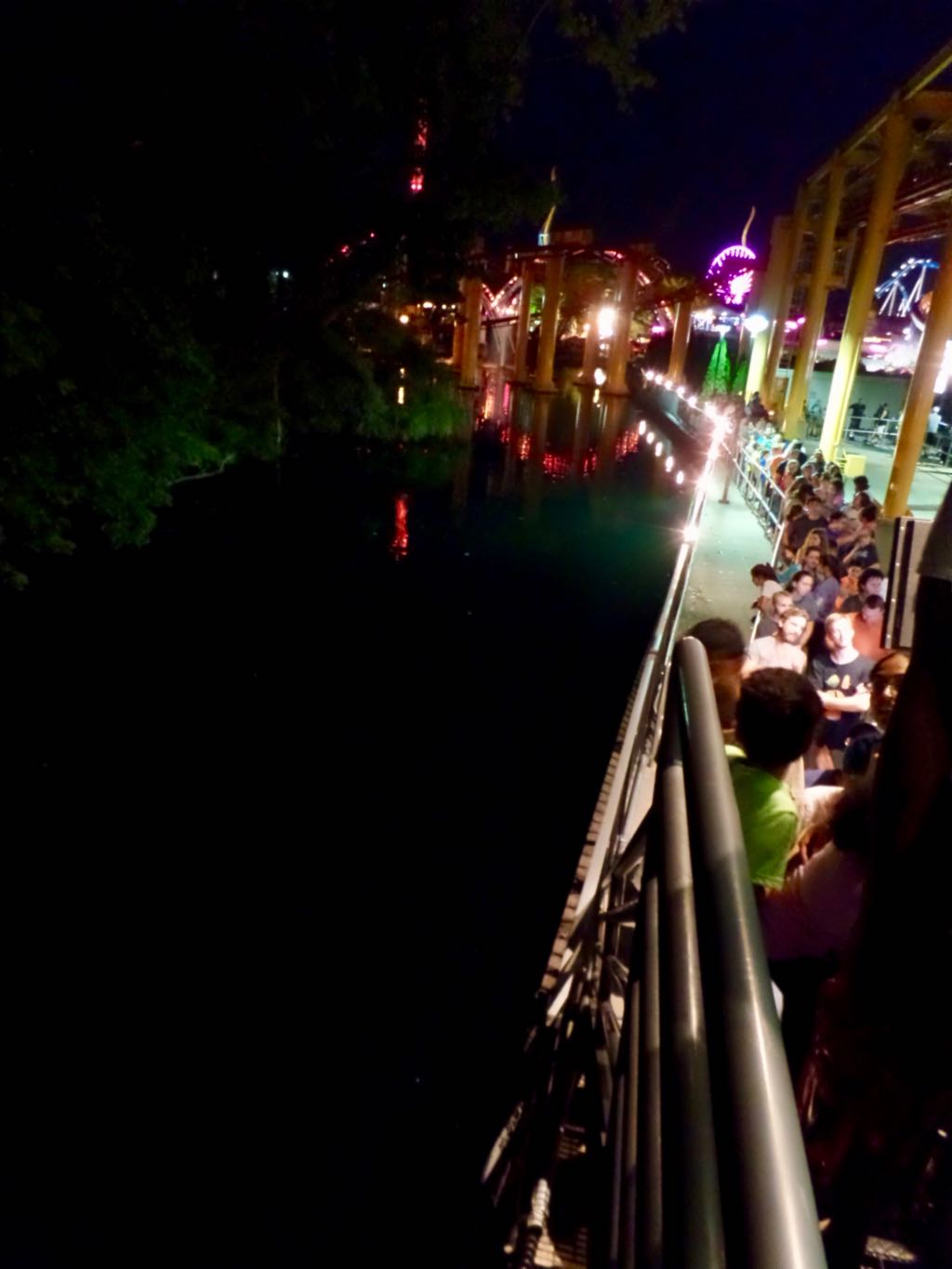 We took our annual ride on Rougarou, formerly Mantis. The queue goes out over the lagoon and that makes for some lovely night shots at least. Stuff at the rides graveyard. There's a figure behind that blue light that, I think, is a Godzilla or Godzillike figure. 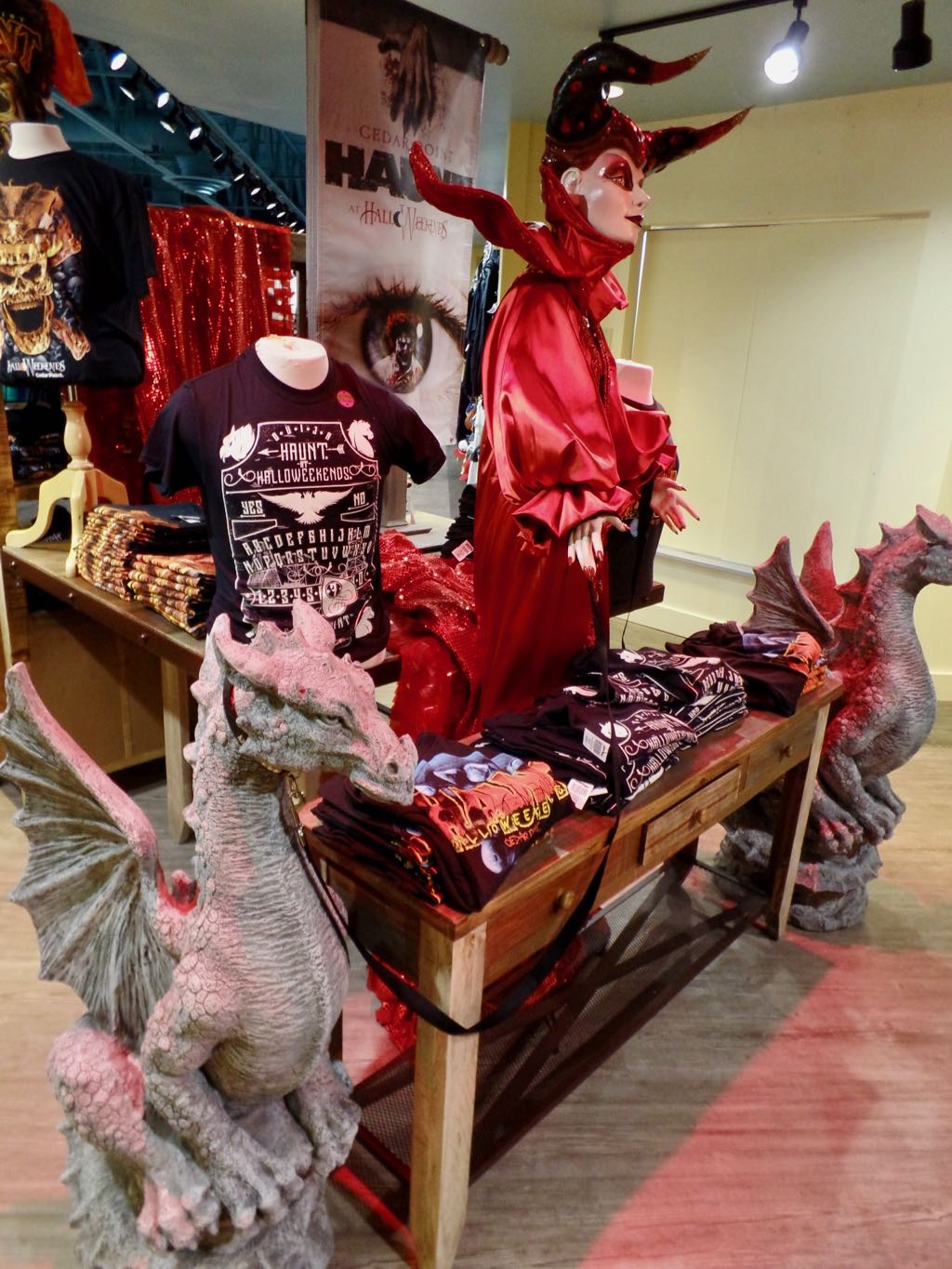 Oh, and a last thing spotted at a gift shop up front: a demon with two gargoyles on dog leashes. Fun theme, really.

Trivia: Asbestos was imported from Asbestos, Quebec, for the Chrysler Building. Source: Higher: A Historic Race to the Sky and the Making of a City, Neal Bascomb.