We both know what memories can bring, they bring diamonds and rust

We have a flower box on the front of the house. It's a six-foot-long metal box that the previous owner of the house installed. Or at least decorated, with the metal spirals that are his trademark. Unfortunately it's also rusting. Worse,

bunny_hugger discovered rust had eaten a gap around one of the three bolts holding it to the house, and a second bolt was almost gone to rust. The third, that was rust-welded in place, at least until I went at it with a chisel and hammer to loosen it and the whole thing fell four feet to the ground.

Unfortunately the box is rusted badly enough we can't reattach it to the house. And it turns out metal flower boxes of this size --- six feet long, eight inches deep and eight inches wide --- are crazy expensive. But

bunny_hugger had a good alternative idea. You can buy metal brackets that this sort of box can rest in. We can put up brackets and rest the ageing box in that.

Which we'd like to do. The decorations particularly are part of the history of the house and we don't want to lose them. This won't keep the box from rusting, although we might find some liner that reduces the degradation. But it should get us several more years with this. And maybe we'll find whether we can transfer the spirals to a new box, if we must replace the box after all.

A late September 2018 thing was to go to the nearby Mount Hope Cemetery. This because

bunny_hugger had volunteered to go photograph the grave of someone she didn't know. It's for a web site that photographs graves for people who for whatever reason can't get to one. So here are a couple pictures from what I saw the day we went to finally get a photograph of the requested grave. (It took a couple tries, not least because the grave had been partly lost to soil erosion.) 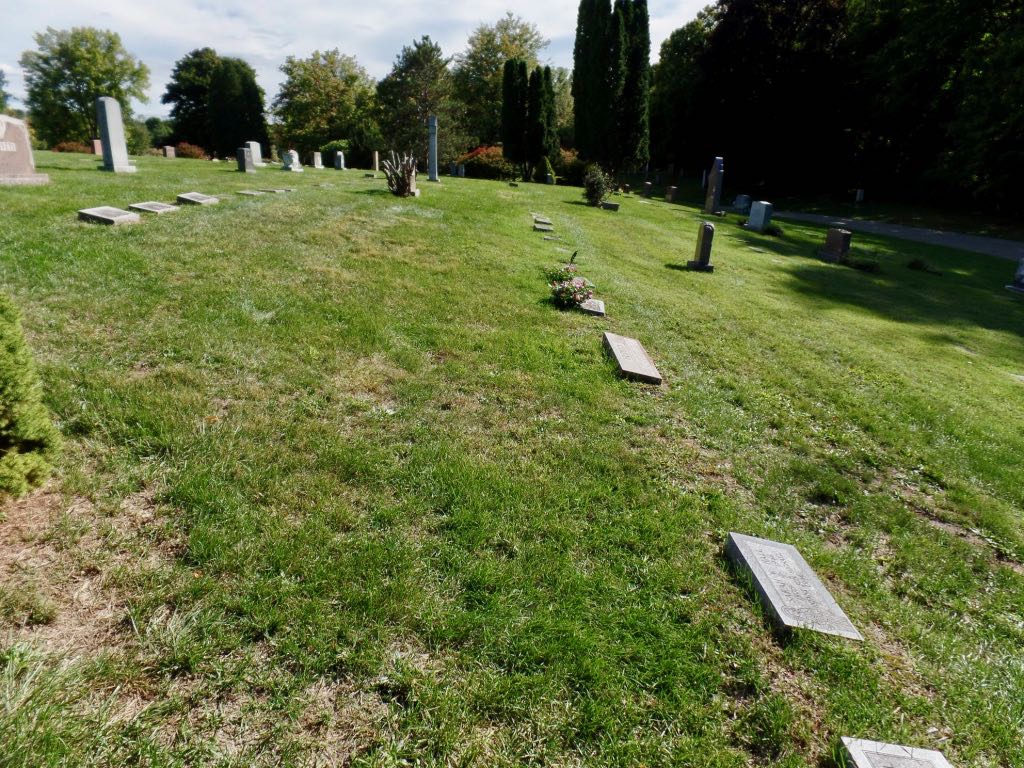 Photograph of a line of grave markers, typical of the Mount Hope cemetery. It's one of the oldest in Lansing, although it itself was made from relocating graves from several older graveyards. It's still in use. 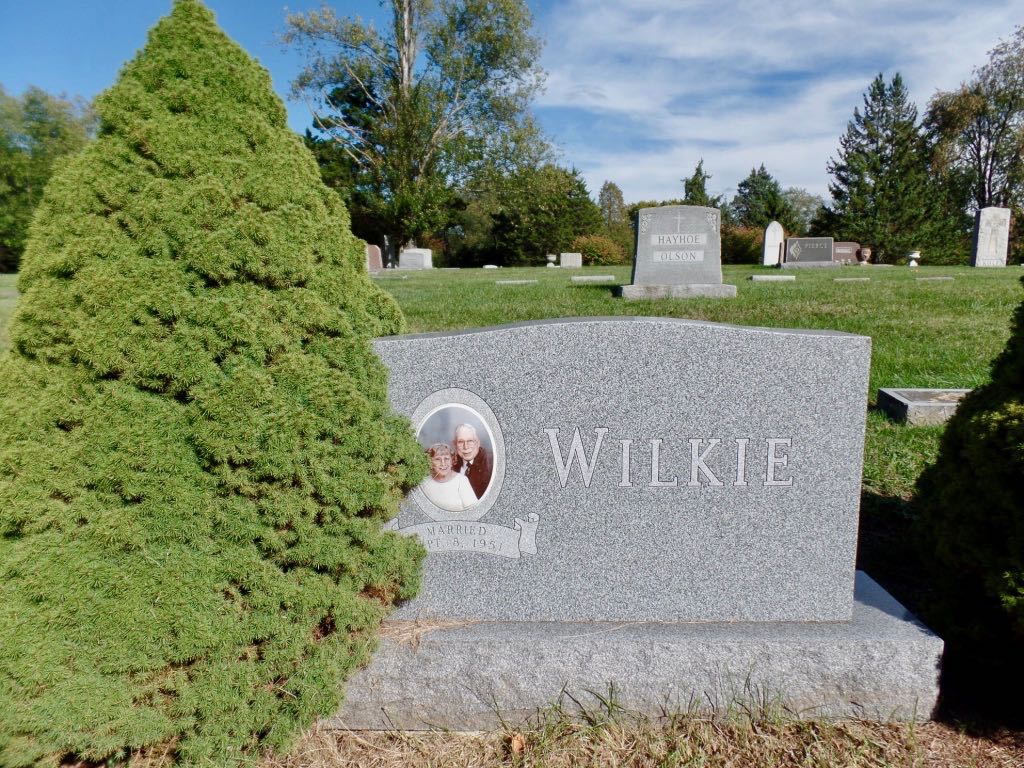 Also apparently nowadays you can get a color picture in your gravestone? This feels deeply unsettling to me. 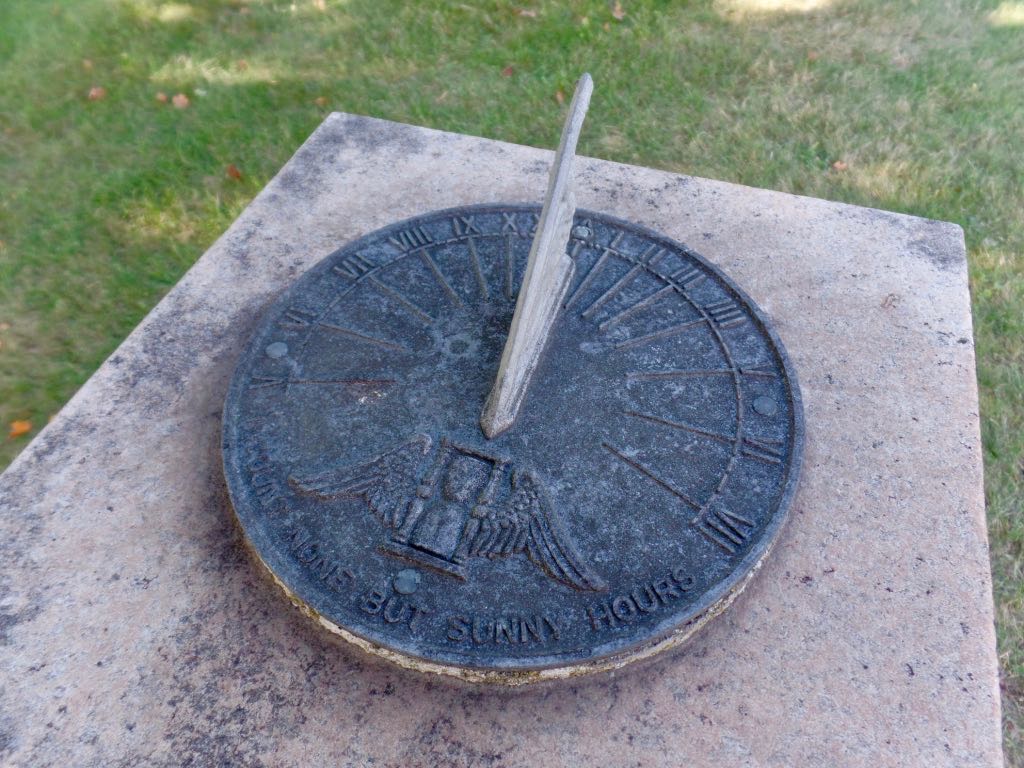 Sundial set up near the grave we'd gone to photograph (which is not the one above). The sundial, as is common, has an inscription: ``I count none but sunny hours''. The sundial is surrounded by shade trees. 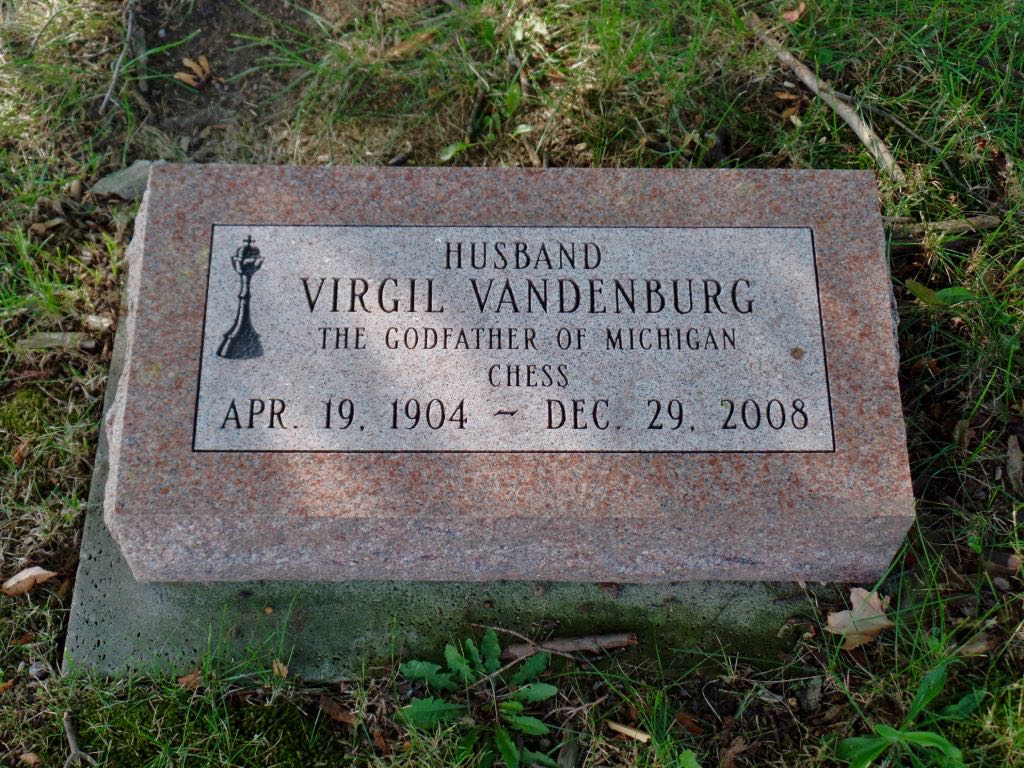 Grave marker that raises more questions than it answers. 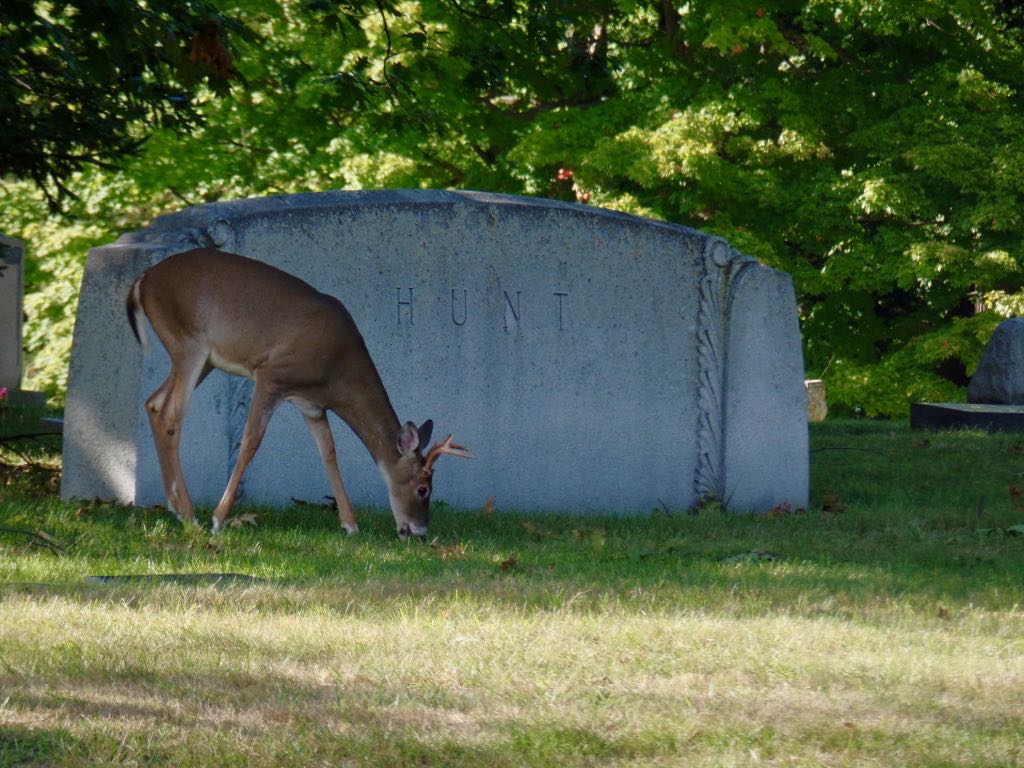 Wildlife feels comfortable in the graveyard. We were delighted to see this deer wander in, and watched it for a while. 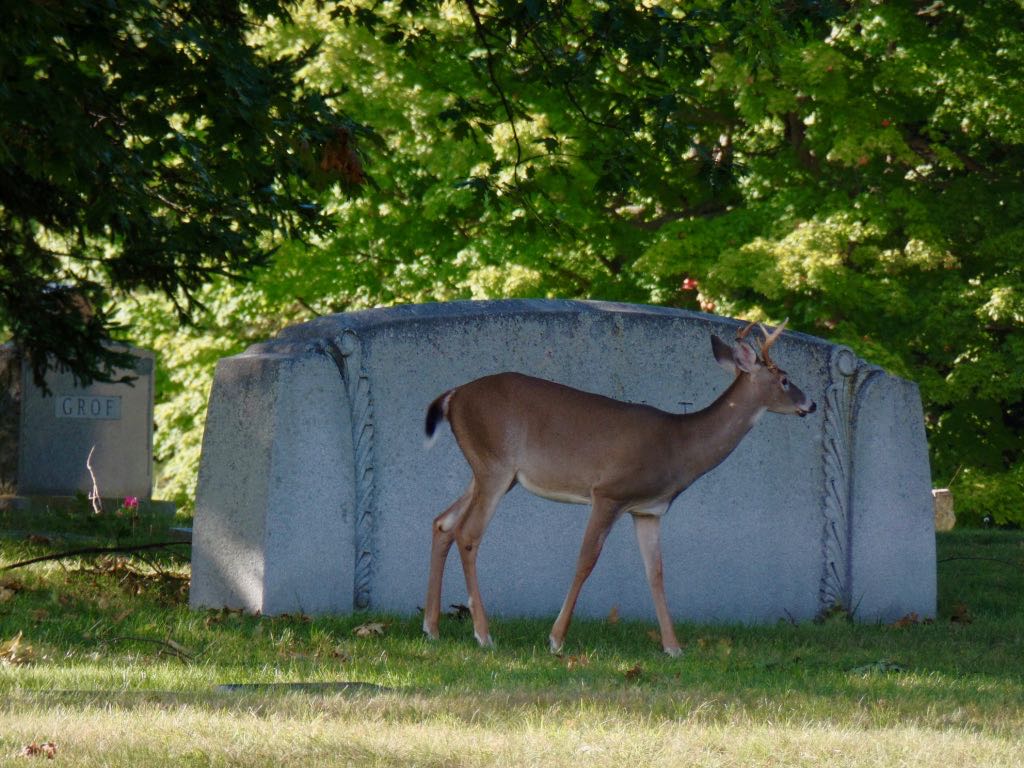 View of the deer standing in front of a nice grey background, the better to clip it out for Photoshop purposes. 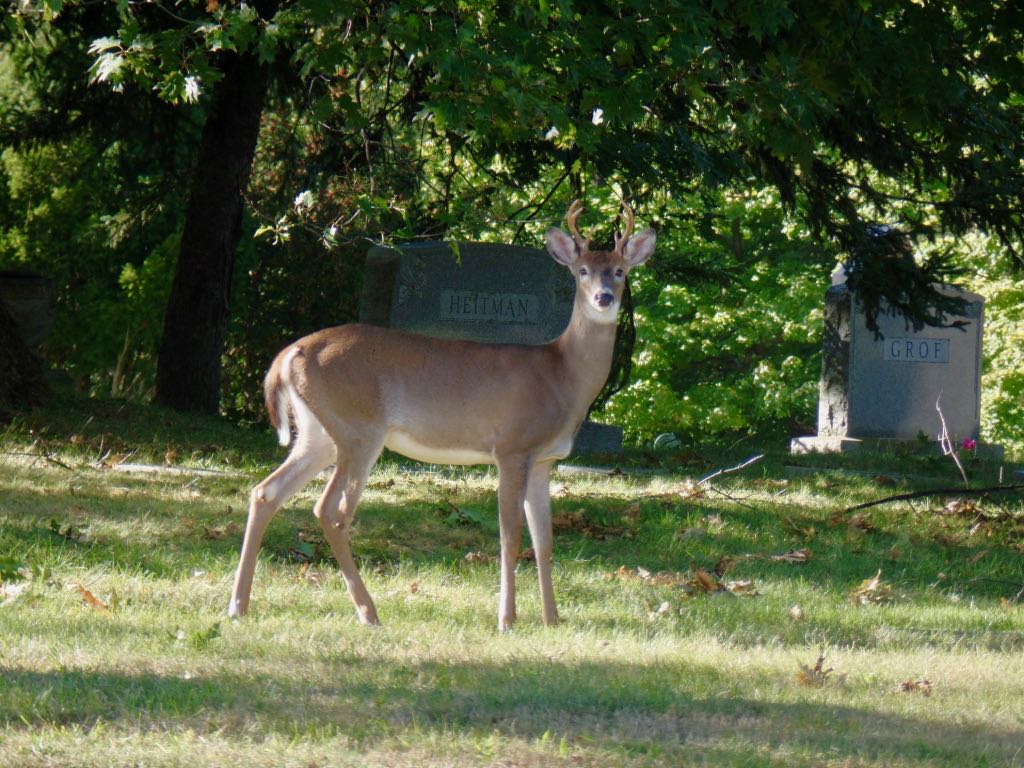 Deer having decided it's had enough of that large and ironic gravestone and moving on to somewhere leafier. 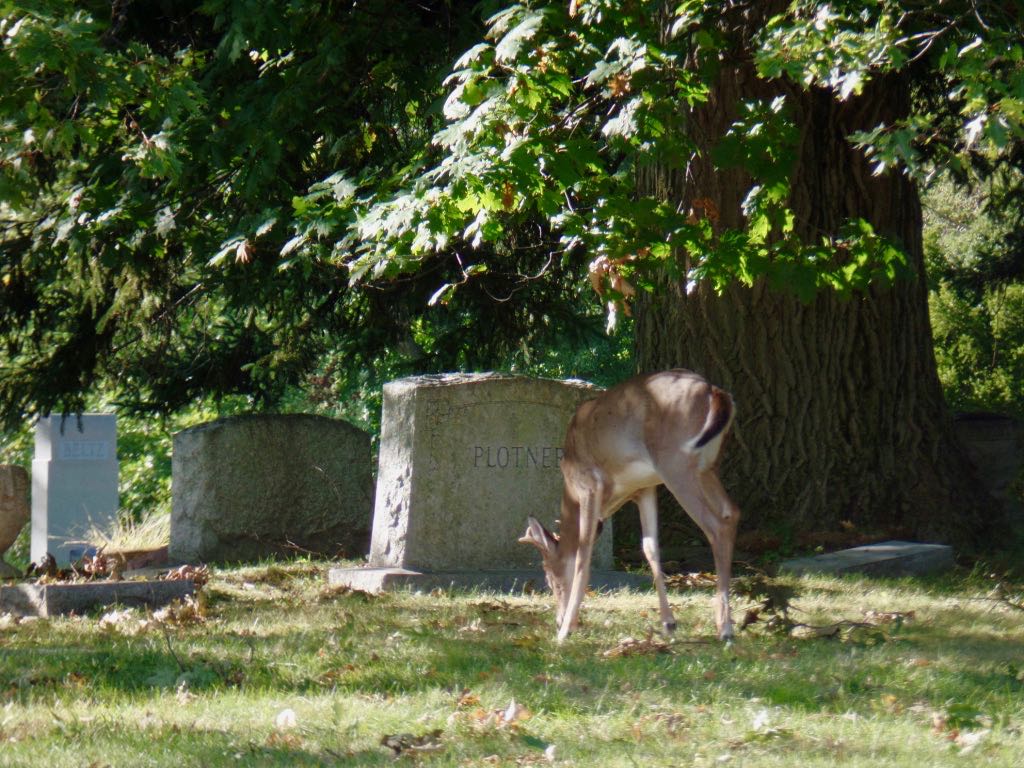 The deer seemed to have a good time rooting around taking care of itself.

And now to something very petty and closer to home. Foundational to our home, in fact. We had basement windows that were in unspeakably awful condition, and we finally got them replaced with block-glass windows. So here's some pictures of the process. 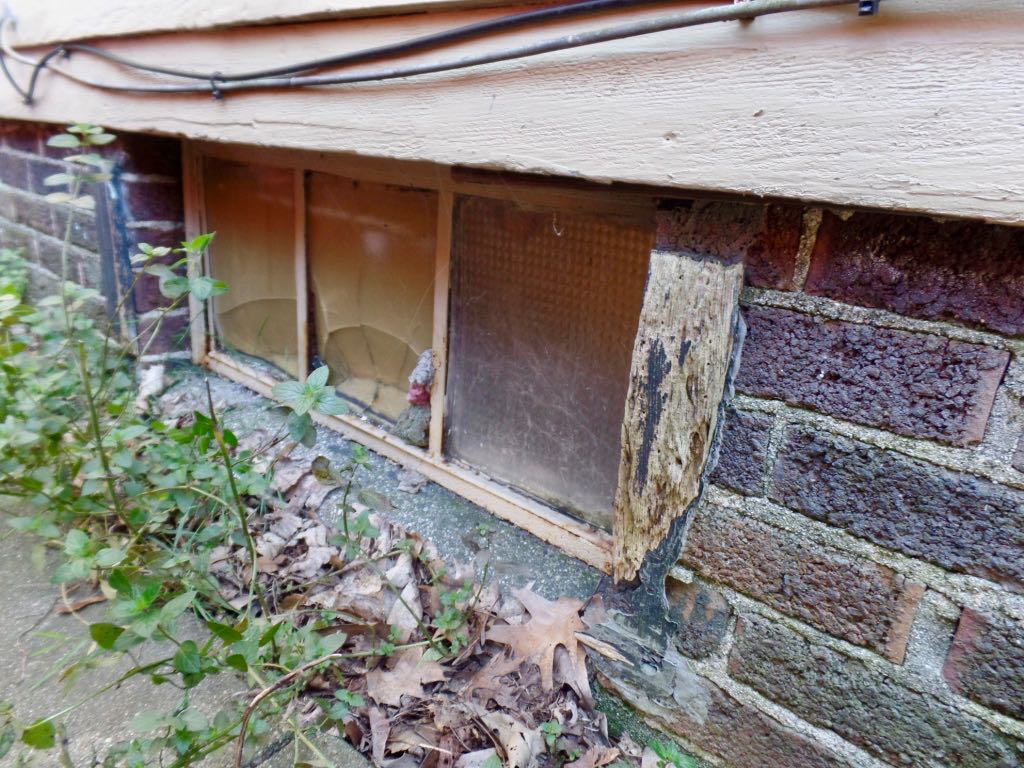 The old window, a slender plastic thing that had been broken since

bunny_hugger moved into the house over twenty years ago. Notice that at some point we tried to fill in the gap with sponges, because that's what we had and it was easier than doing an even slightly good job at it. 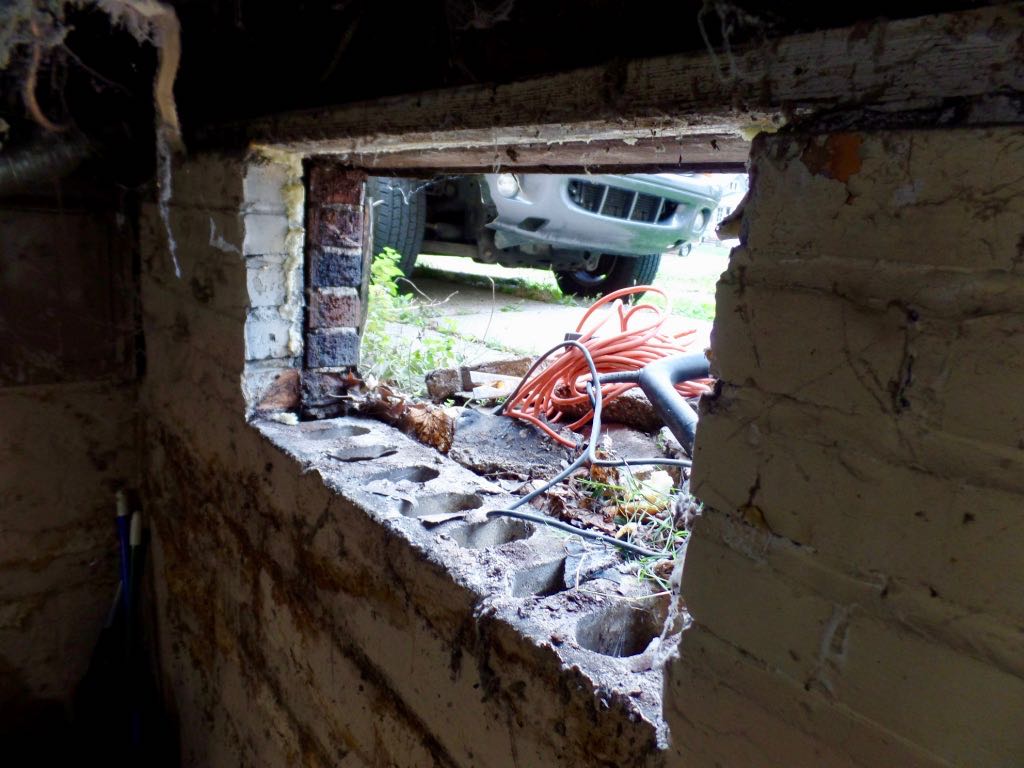 The first step of the process was tearing out the broken old windows and cleaning out the base. Here's what it looked like when we had four great gaps in the foundation. Very glad we did this in the late summer when it was pleasantly warm still. 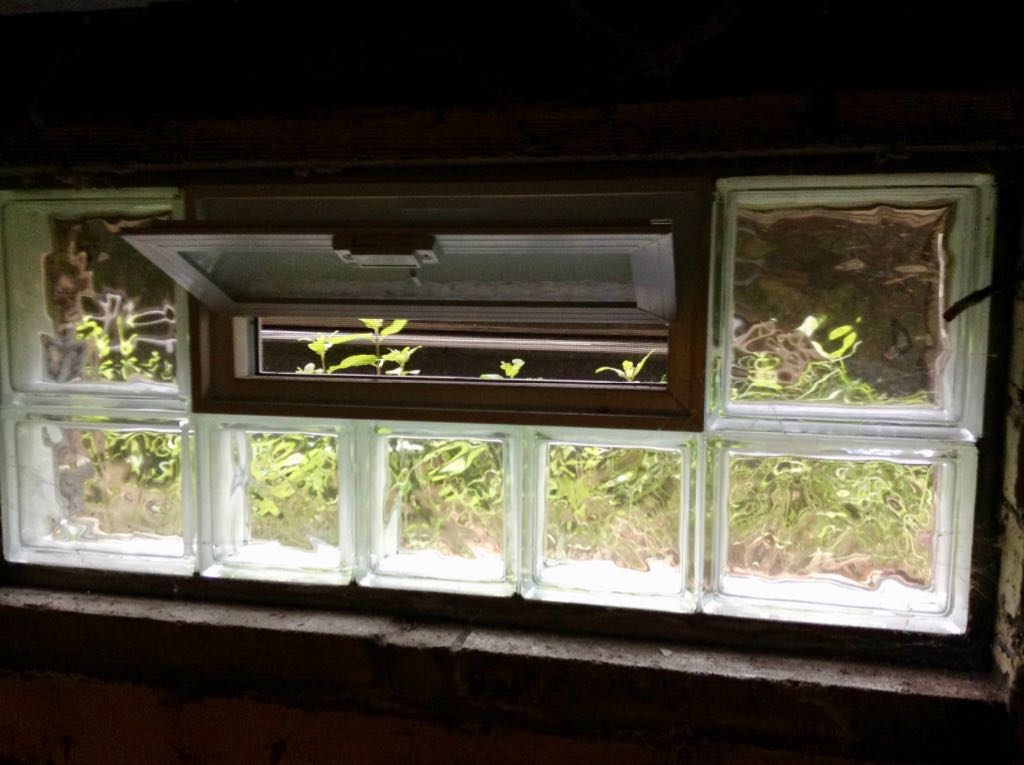 And one last picture, of what the block glass looks like in action. Notice it also has that nice little window that opens up for ventilation when we'd like it. It's great. Nice and sunny and airy and solid and the basement feels warmer and dryer than it'd ever been. The company that did the installation so very well went out of business a couple months later and we're disappointed by that.