I filled up my car with gas today, the first time I've done that since April. So May 2020 stands as the first full month that I haven't filled a car with gasoline since .. well, since the last time I didn't have a car to drive, so, November 2006, must be. Certainly the first time my Scion tC's gone a whole calendar month without being refueled. (After I first moved out here, between our honeymoon and the slow pace of things in the summer, my car went over a month without being driven, but I did fill the tank in July and in August 2018 even if the car sat for maybe six weeks during that stretch.)

I kept on with my humor blog even as the last week happened. Here's what ran in it: 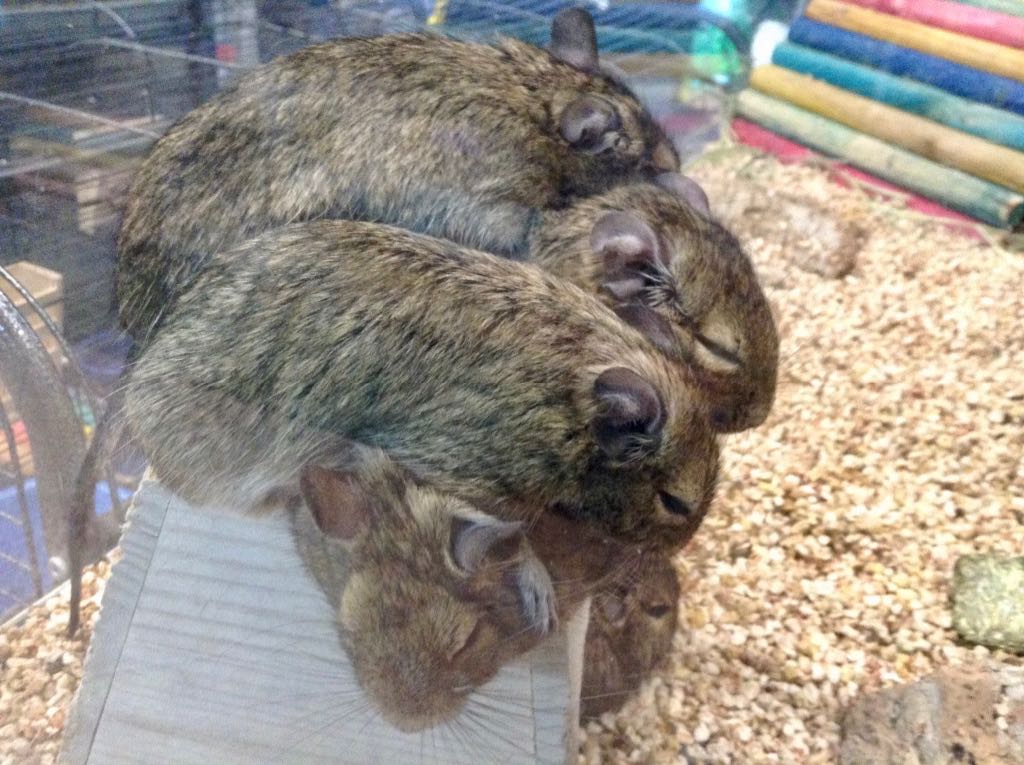 Heap of degus sleeping on one another in the pet store, Preuss. This isn't important, it's just cute.

Anyway on to late September 2018, finally, and our traditional trip to a special little place ... 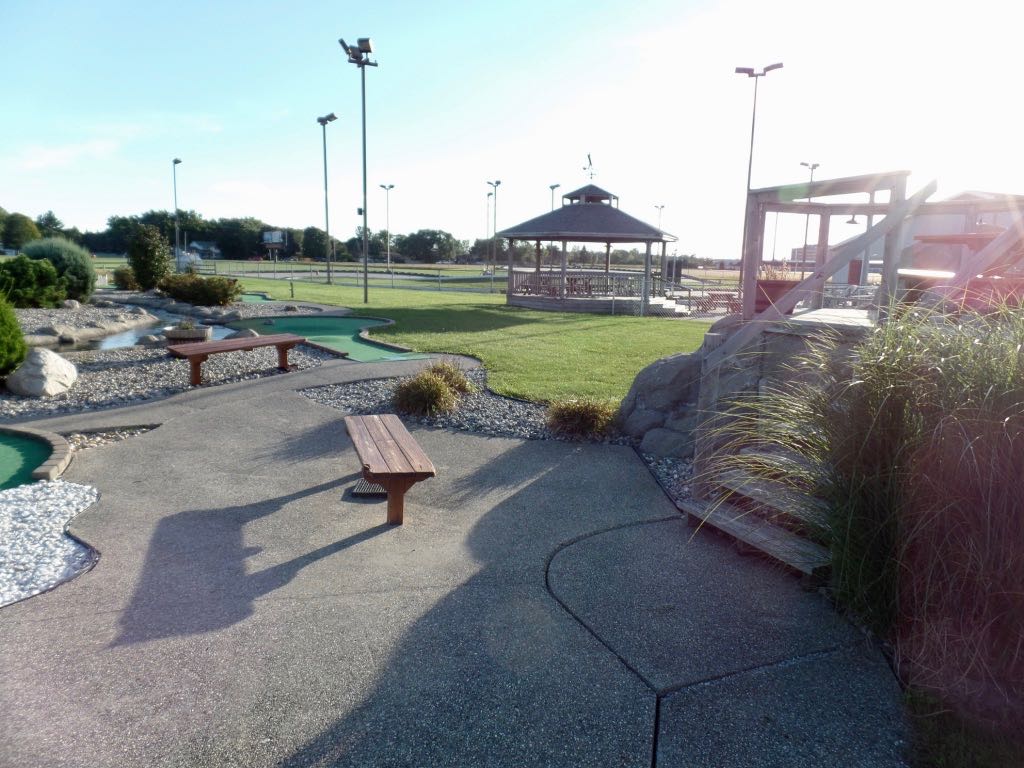 Kokomo's, from the visit we took near my birthday that year. As often happens it was a spectacularly clear afternoon. We didn't have that neat rainbow-in-front-of-a-cloud effect this time, though. 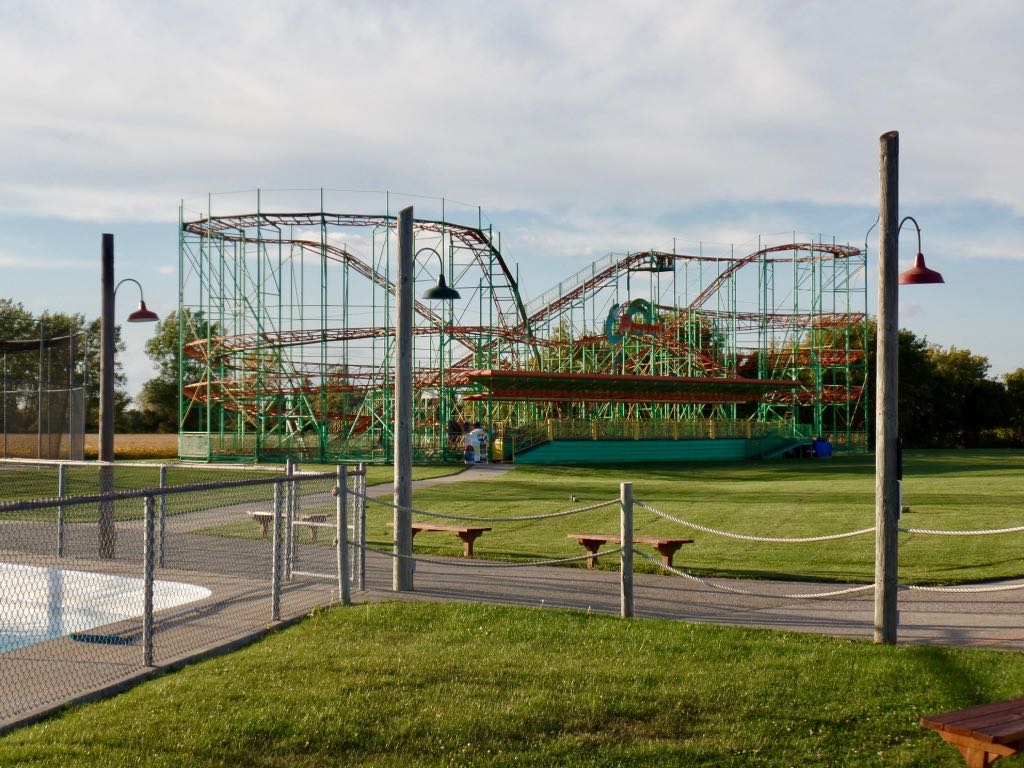 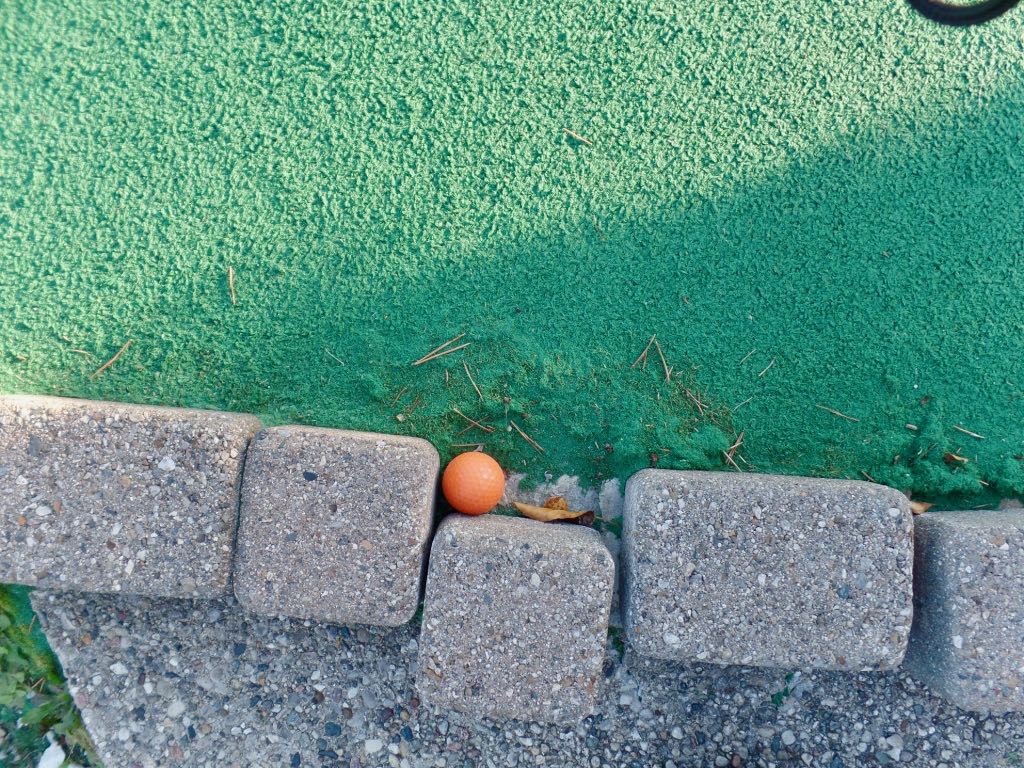 During the miniature golf round we played, I of course got this ridiculous lie. The big waterfall feature of one of the holes, and the setting sun seen behind that. I think I take this photograph every year. 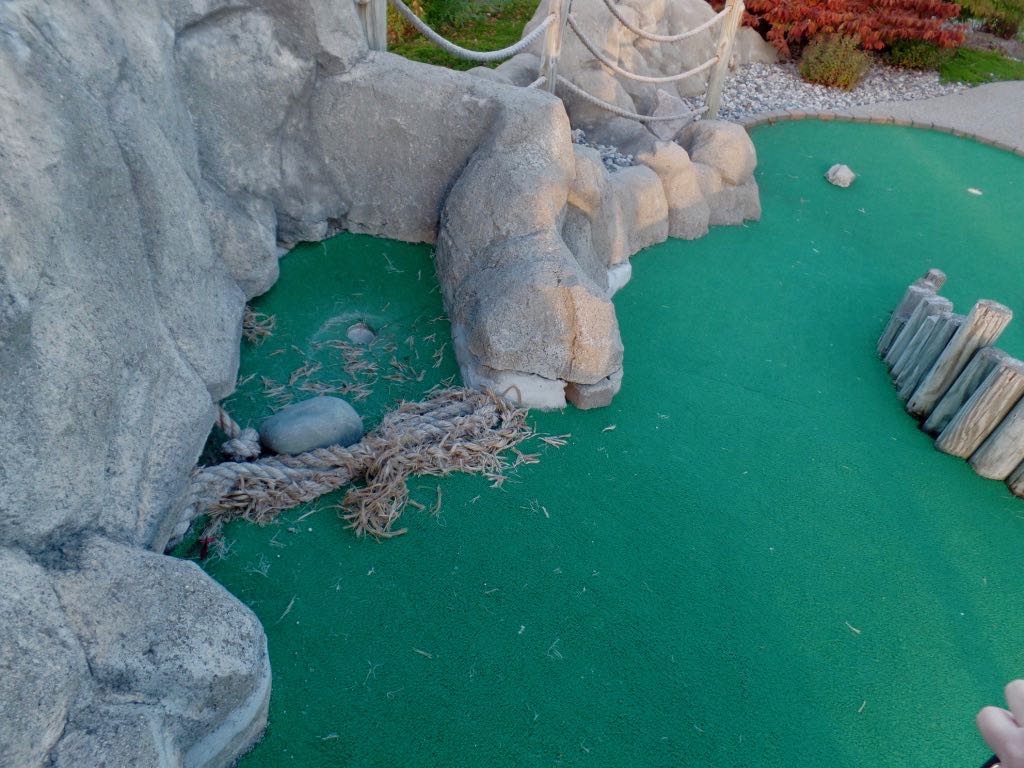 One feature of Kokomos' golf course is that it's got a lot of relocated holes, or defunct tunnels. Here's one; this plateau used to have that hole, up top, which would lead to a tunnel sending the ball to this side level, off past the wood wall you can see off to the right. It's a weird course. 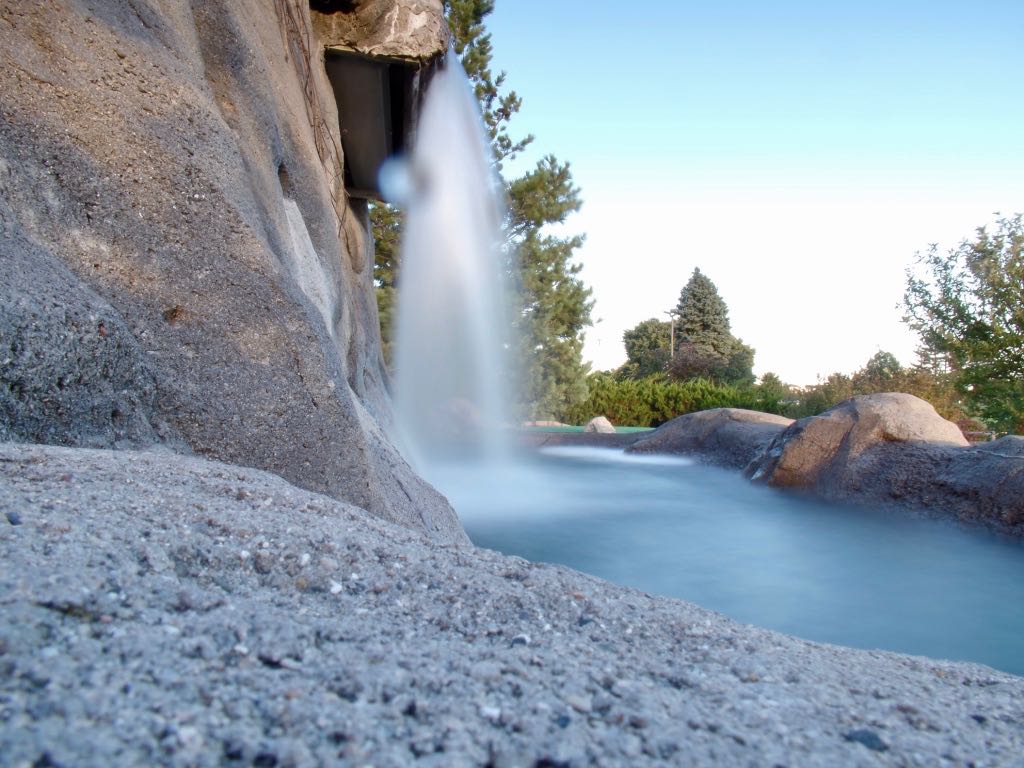 Photograph of that big waterfall, taken with the waterfall mode on my camera that I couldn't get to work when I was up north seeing real waterfalls. 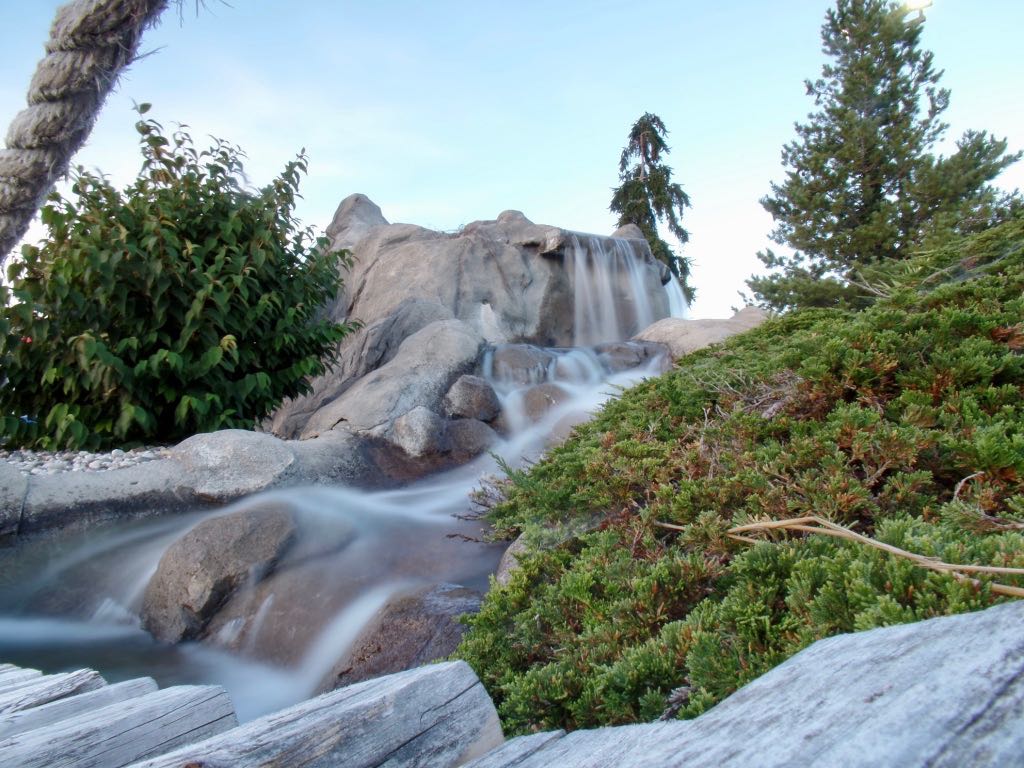 So it turns out if you can set the camera down on a surface and let it rest for a good half-minute, you can get a really good waterfall picture.