Abra-abra-cadabra, I wanna reach out and grab ya

What all do I have going on in my mathematics blog? This mix of topics:

And are you interested in 60s Popeye: returning to the Aladdin’s Lamp is this week's forgotten King Features cartoon. Enjoy! Thanks for all the reading ...

But wait! Isn't there something we always do in Octobers? Something that takes us away from Michigan for a whole weekend? Something in northwestern Ohio ... oh, yes, of course! Our Halloweekends visit, which was once again the closing weekend of the season at Cedar Point. 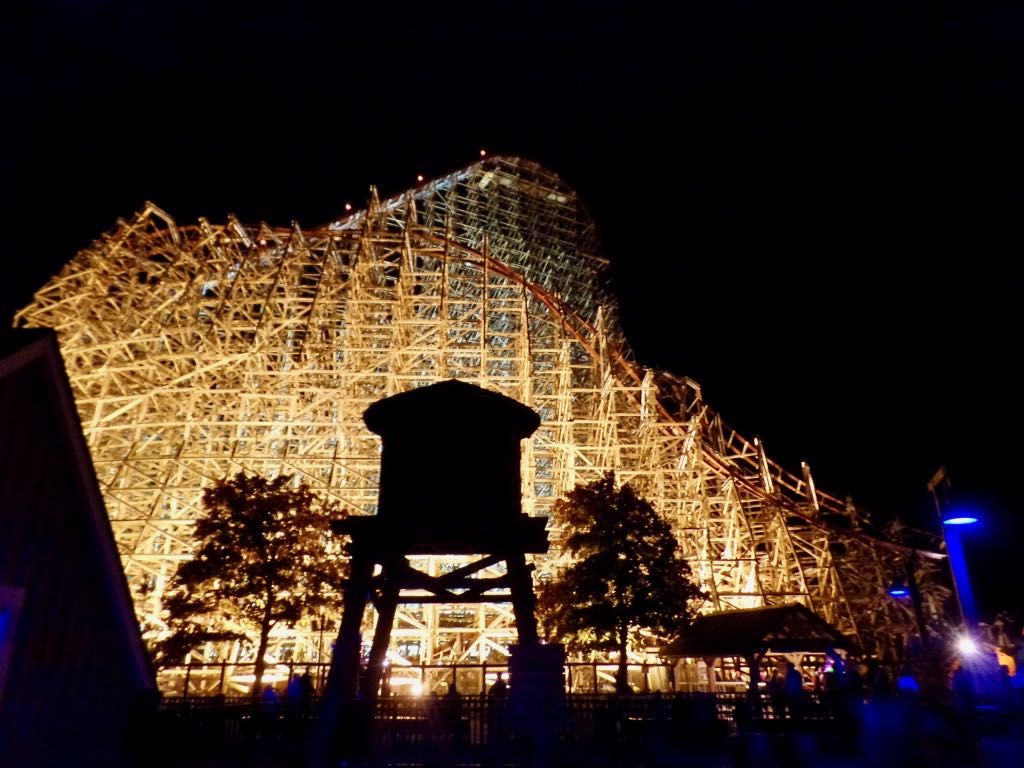 Steel Vengeance! The great heap of wooden support that used to be Mean Streak, illuminated and with the water tower for the Cedar Point and Lake Erie Railroad ride in the foreground. 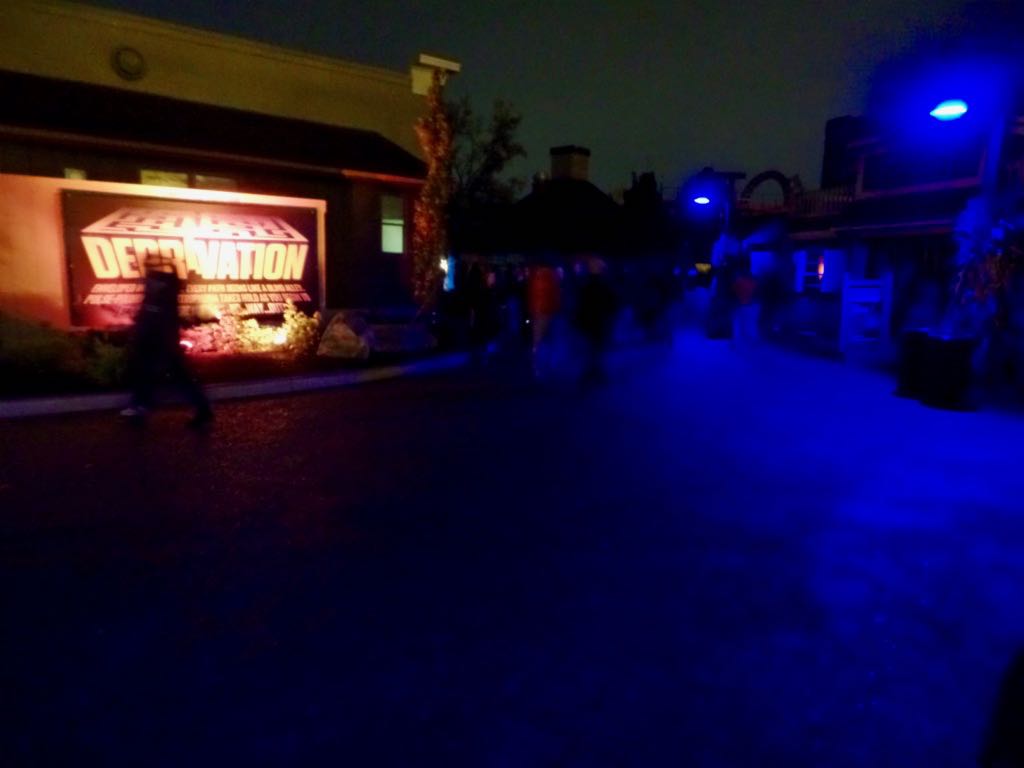 Steel Vengeance also hosts one of the walk-through haunted houses. For several years it was Deprivation, by reports a sensory-deprivation experience. We didn't go in because those haunted houses always have impossibly huge lines. 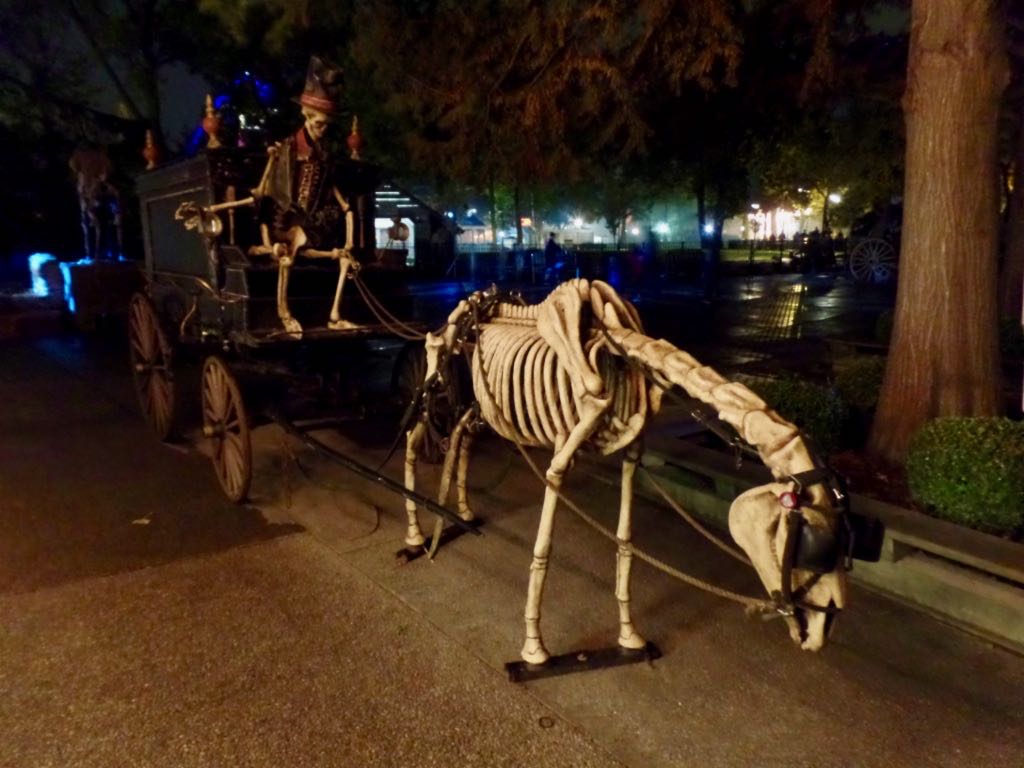 Skeletal horse and rider on a coach set up in the western area. It's part of the Tombstone-themed haunted walk-through area. 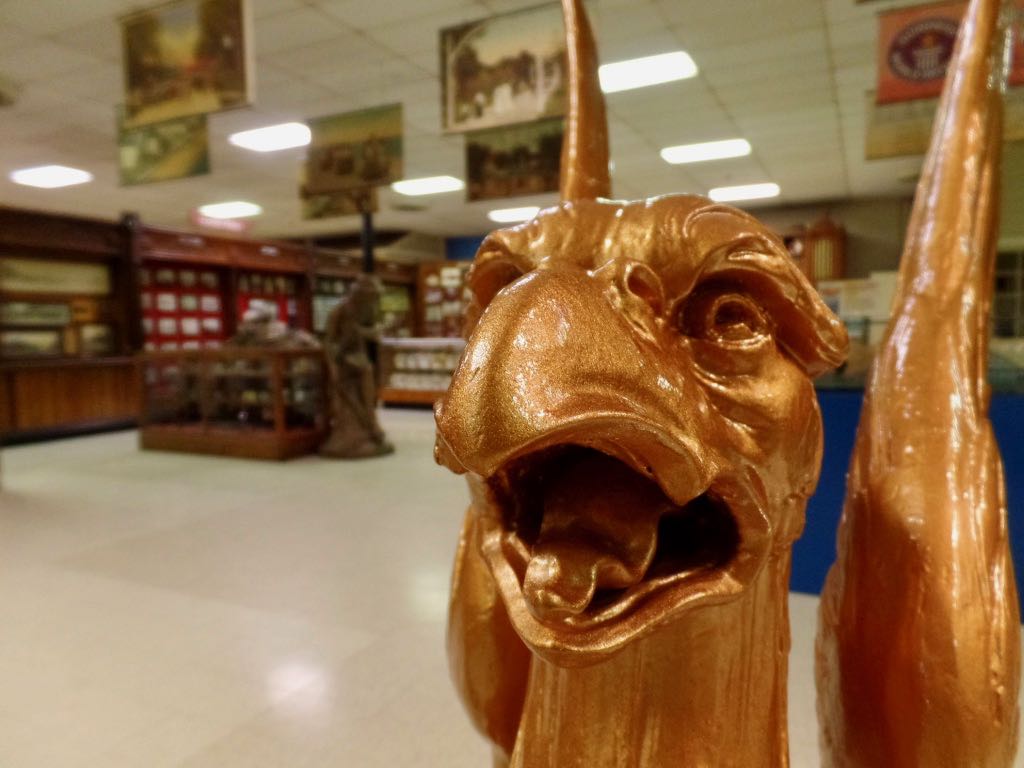 [ Endless screaming ] [ But admire that sharp focus and fuzzy background. ] 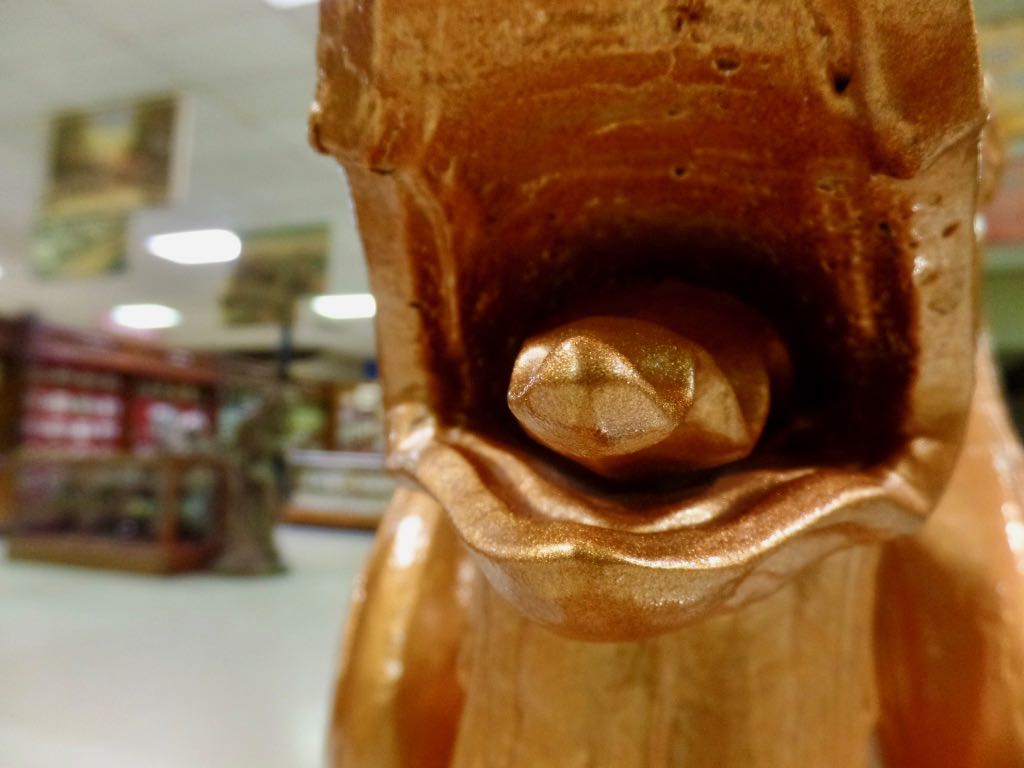 I got curious so here, we can look into the gryphon's mouth and see what parts they didn't worry about painting. 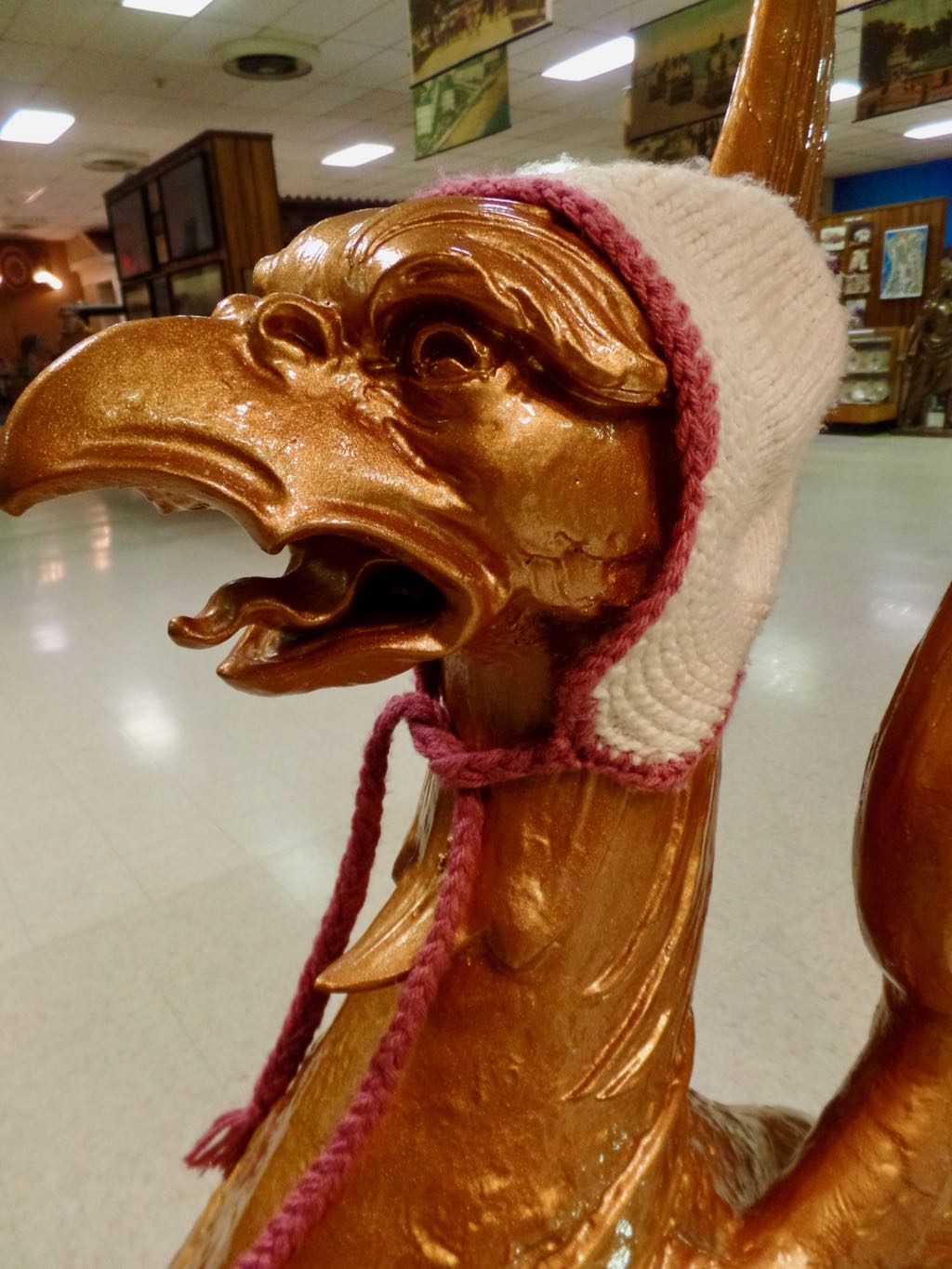 bunny_hugger thought the gryphon might get cold so loaned her hat. ... Also they were really laid-back about people touching the century-plus-old statues here. 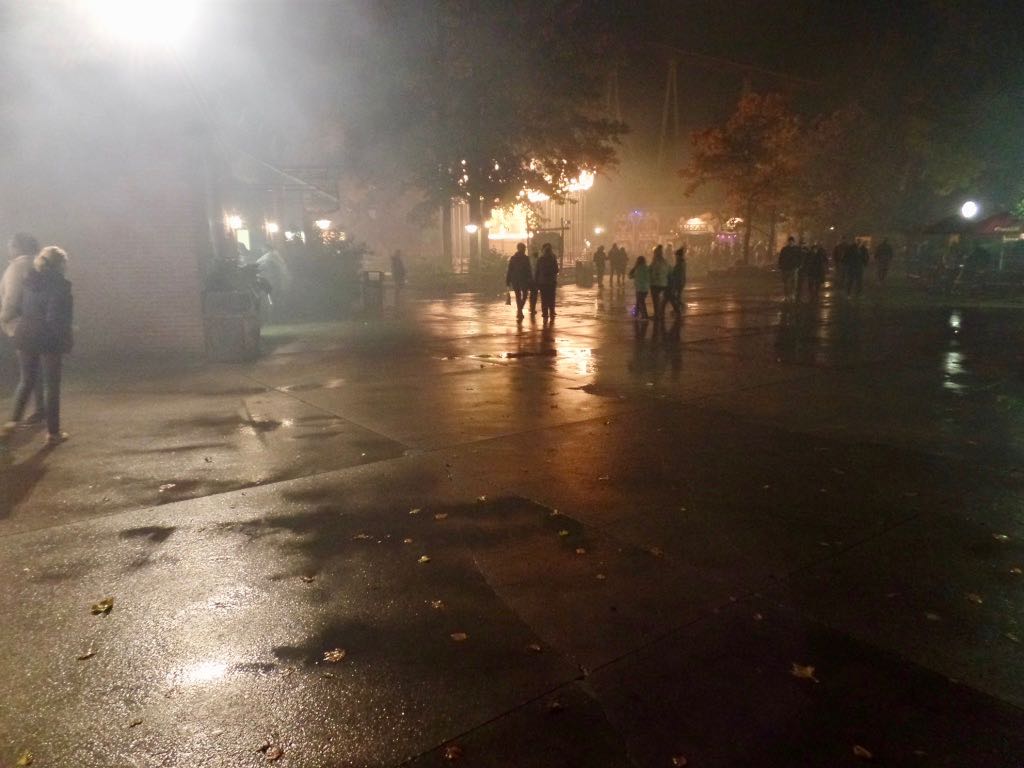 Walking out into the misty, rained-on night air at the end of the Frontier Trail. Also, one of many good album covers for the day. 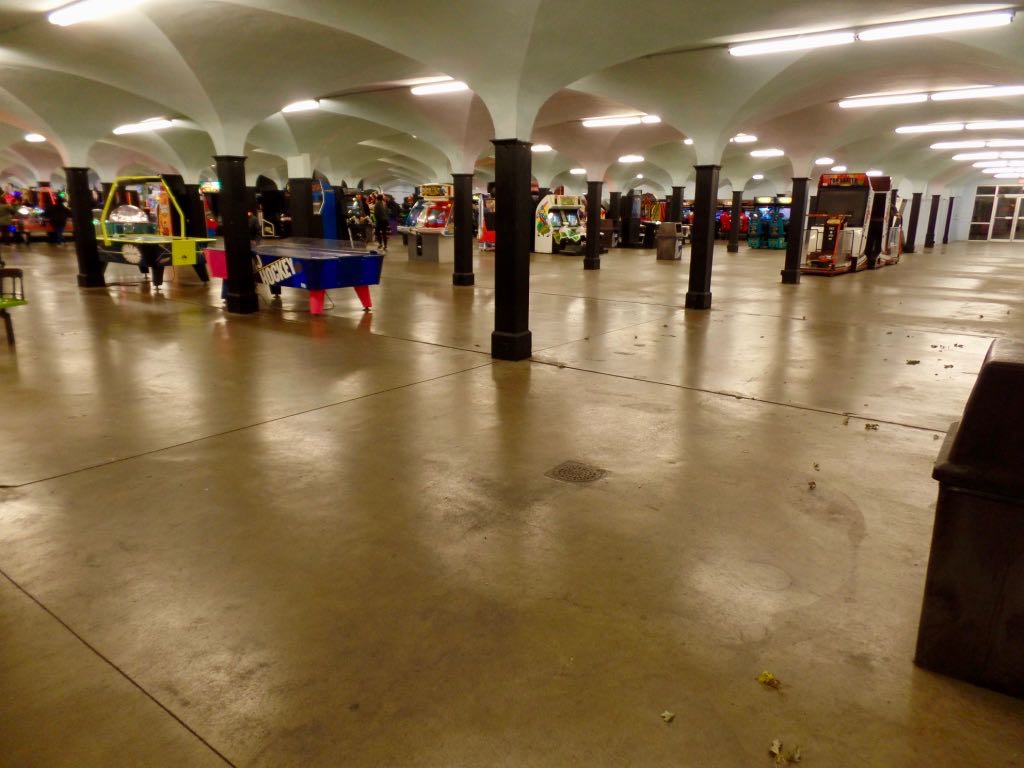 Shock and horror at the Coliseum, though! They had taken out all the old mechanical coin-op attractions, both the one that worked and the dozens of other antiques! These would end up sold at auction over the coming year. And no less shocking ... 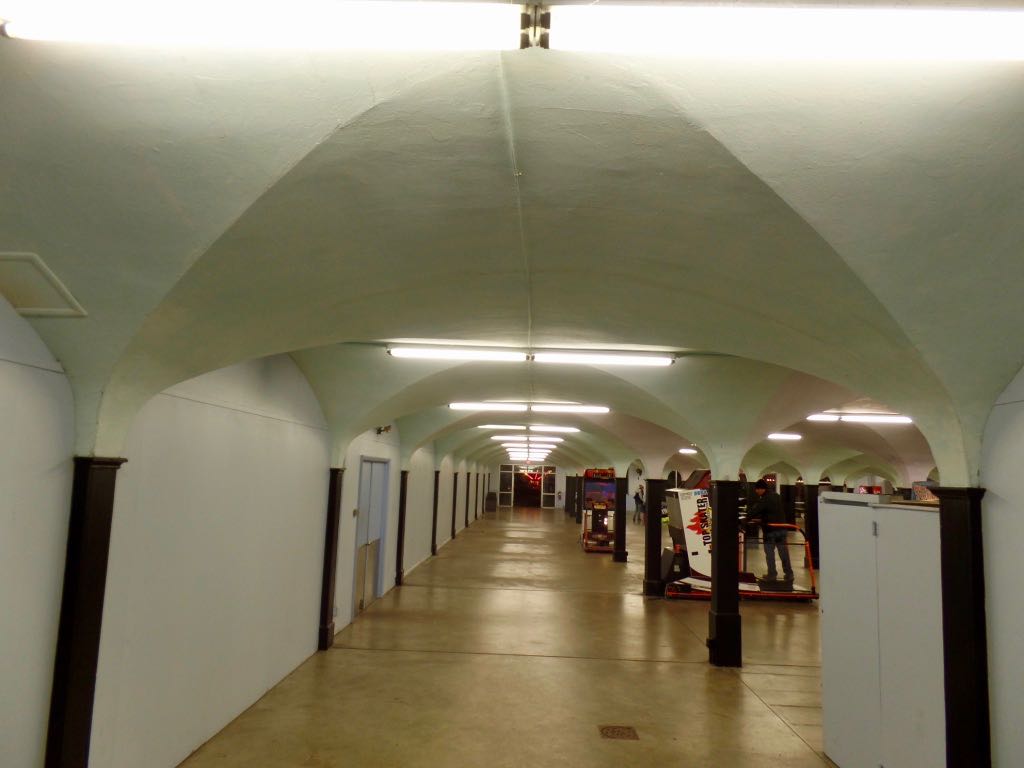 The pinball machines were gone too! Those, too, were sold off, after decades of soldiering on with ever-less maintenance. Remember that last time we'd visited the Coliseum almost all the games were out of order, except the Hercules games that were too dull to play, and here ... just ... gone. When we visited Cedar Point in 2019 they hadn't replaced anything, and just left this as a great hollow corridor of former entertainment. 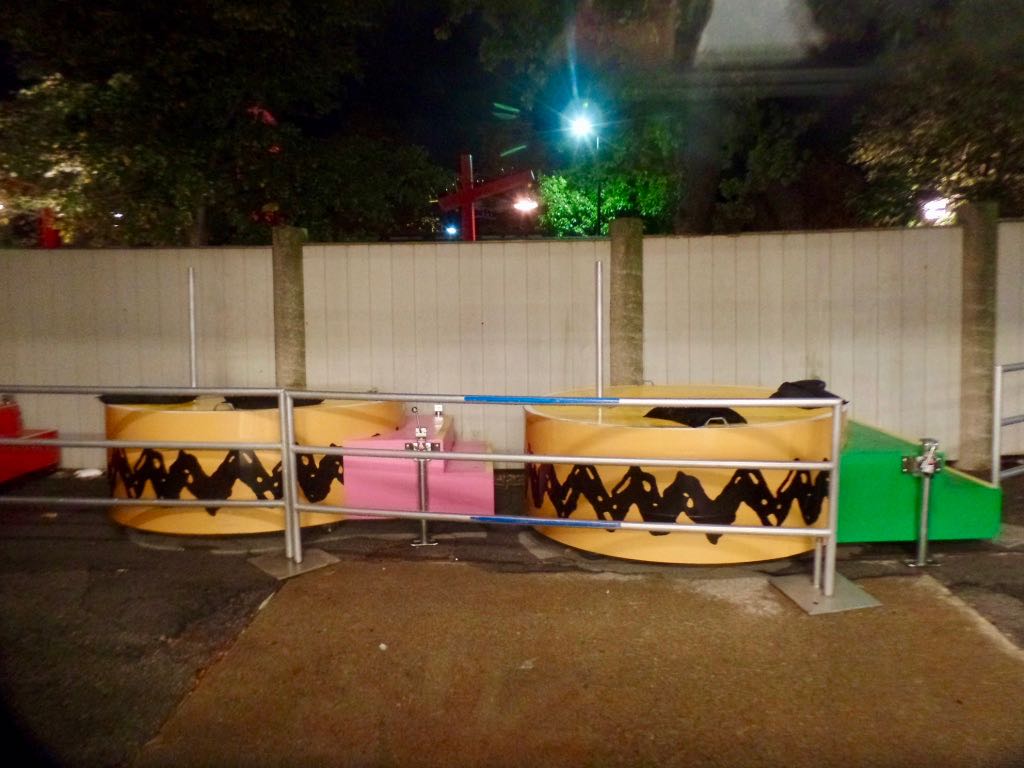 Some ... Charlie Brown-themed tubs .. held in storage at the end of the Coliseum from which I'd taken that last picture. These are outside a door that doesn't get much use, since all it opens onto is this little area fenced off from a Peanuts-themed kiddie area. But it was close to where I took that previous picture so we figured we might as well look out. 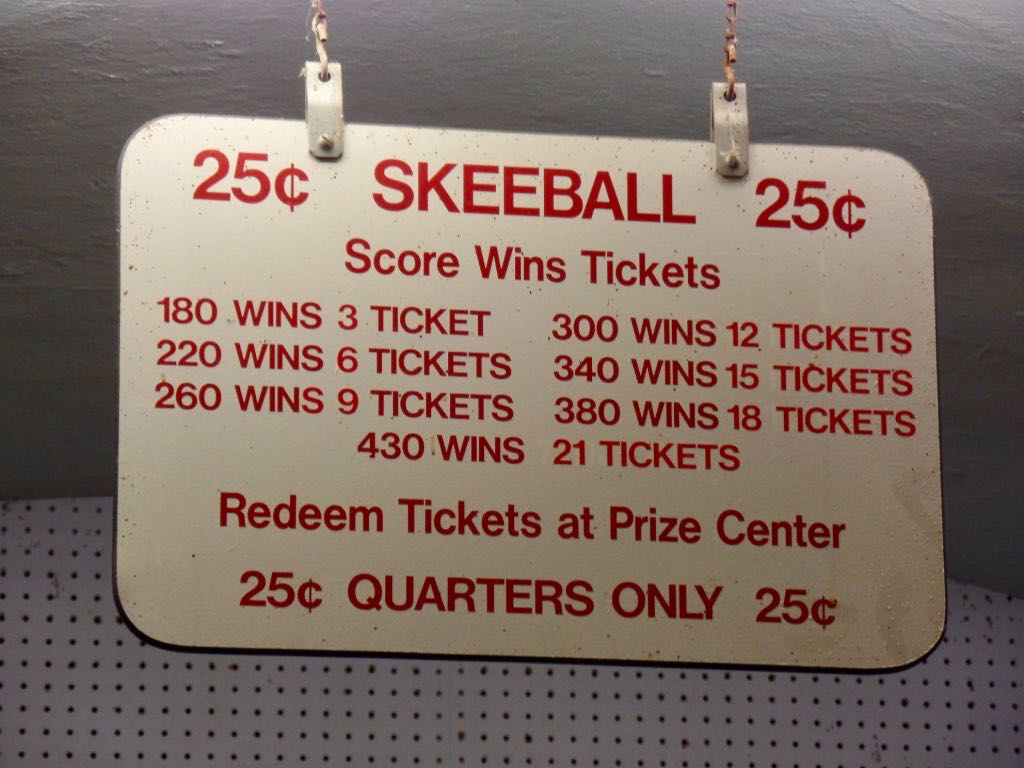 With the pinball machine shock we went into documentary mode, looking at other stuff they might get rid of (and that, as of the end of 2019, they hadn't). Here, the Skee-Ball prize standards. 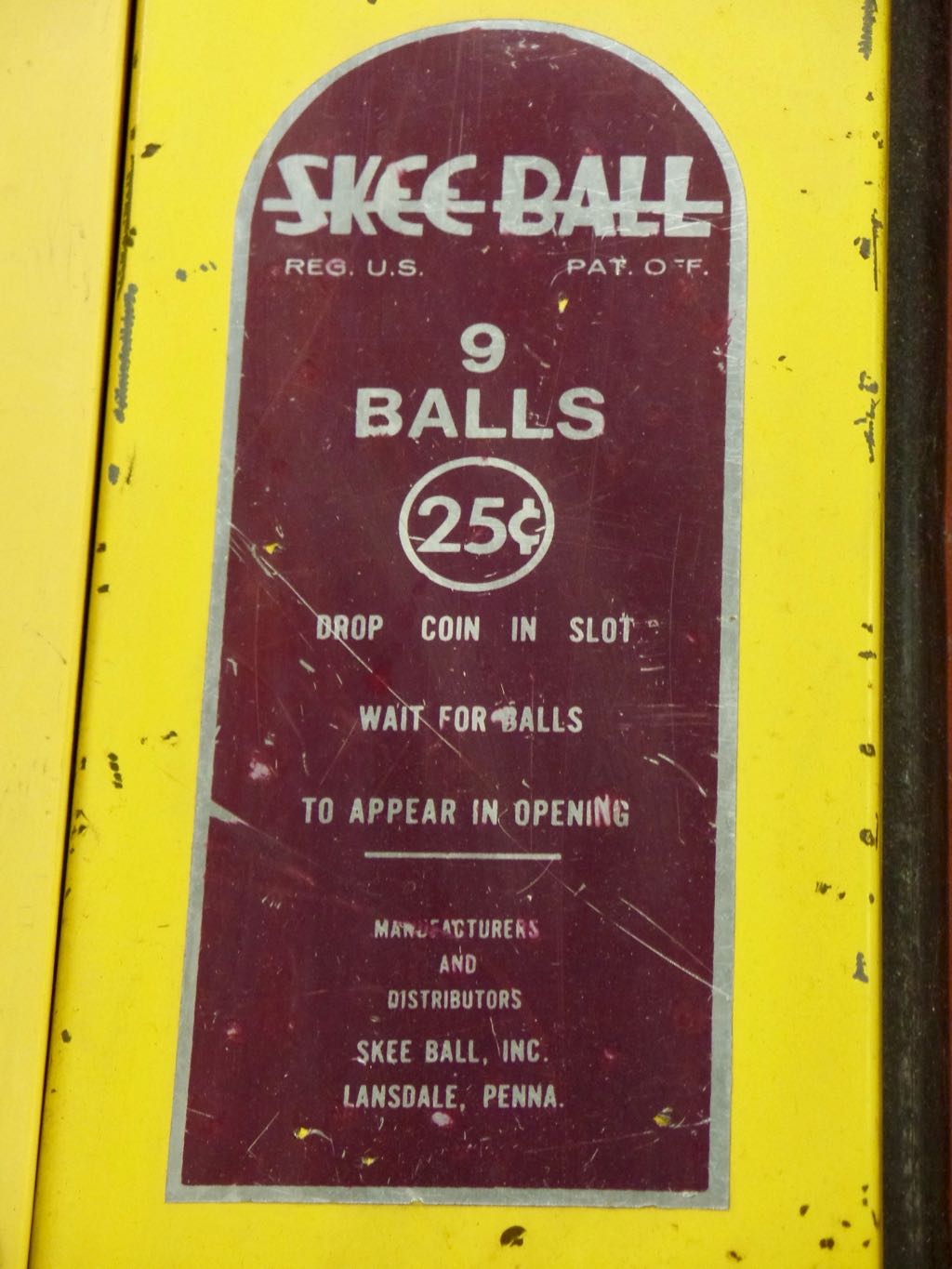 But we worry about the Skee-Ball's longevity because, as you see from the maker's plate, these are some old machines.